HomeNewsOwner Review: My Suzuki Swift - What it's like owning the car for 7 years

Owner Review: My Suzuki Swift - What it's like owning the car for 7 years

** This article is the personal experience of a 2007 Suzuki Swift owner and does not necessarily reflect the views of WapCar. 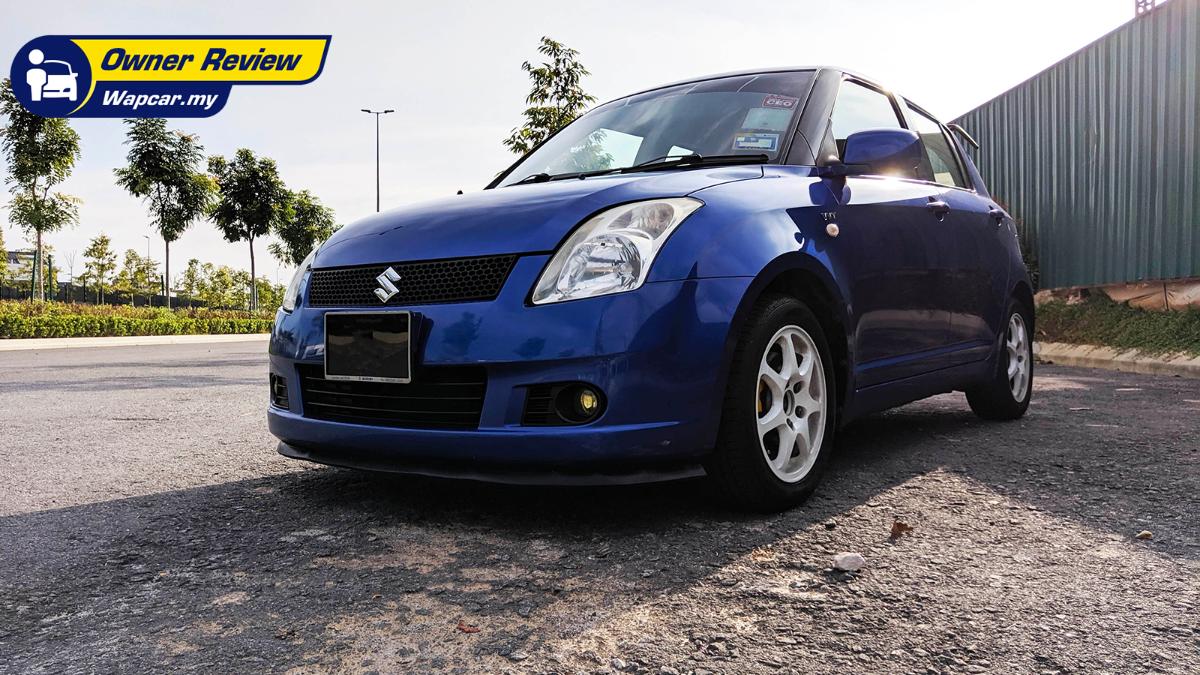 When Suzuki announced their new distributor for Malaysian market back in 2005, they know they are going against the guns of Toyota, Honda and Nissan. Suzuki had launched the new Swift back in 2004 for the European and Japanese market, where it’s praised by media and test drivers. Back then, I was still in my school days and not knowing about anything apart from playing Gran Turismo 4. Therefore, Suzuki brought in the Swift as the starter to get Suzuki back on track in Malaysia. The Suzuki Swift was paired with a 1.5L engine, packing 100 horsepower and 133 Nm of torque. It was priced between RM79,800 for the base and RM84,500 for the premium. Oh did I mention this was a CBU unit from Japan? (It went CKD at 2008)

Fast forward to 2012, where a movie had shown how lucky that we survived that. My family was shopping for a replacement as our home hero, a 1995 Perodua Kancil 660cc has served us well for 5 years. We loved the Kancil and went lots of places with her. However, it’s a time for a change. Since Kancil is a hatchback, might as well replacing with one too. We shopped for Toyota Yaris, Honda Jazz and Suzuki Swift. It was priced around RM40k second-hand. The Yaris and Jazz have exceeded budget so we settled for the Suzuki Swift. It only had 50k on the odometer and was a 2007 model. 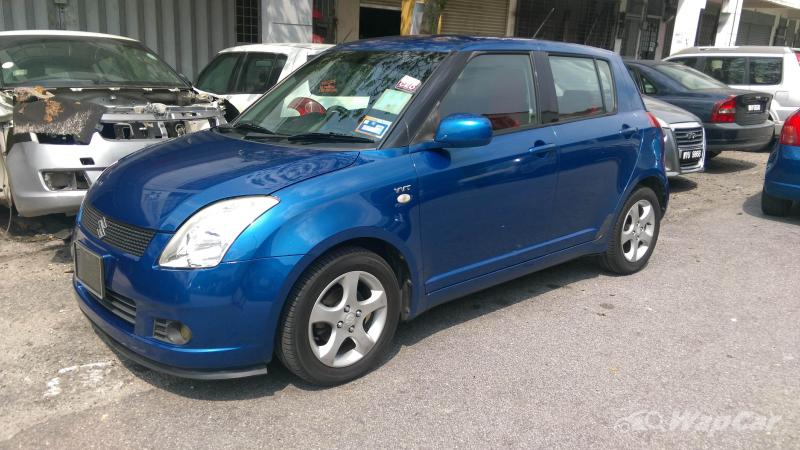 The Suzuki Swift came back home in 2013. It had original rims, left untouched since out from the factory. The only thing was the tyre size has been changed to 195/55 R15 with stock rims. The stock rims were thin in width where only 5.5jj, therefore tyres were changed back to 185/60 R15, which is the factory size. Pairing it with a set of Michelin XM2, and the car rides well.

Maintenance of the Suzuki Swift is really on the low side, just regular oil change and ATF. There is really nothing to worry about.

Fuel consumption... It really depends on your perception of “economy”. The Suzuki Swift averages between 200km – 230 km on 20L of RON95. A full tank can go almost close to 400km, but the foot needs to be as light as feather. 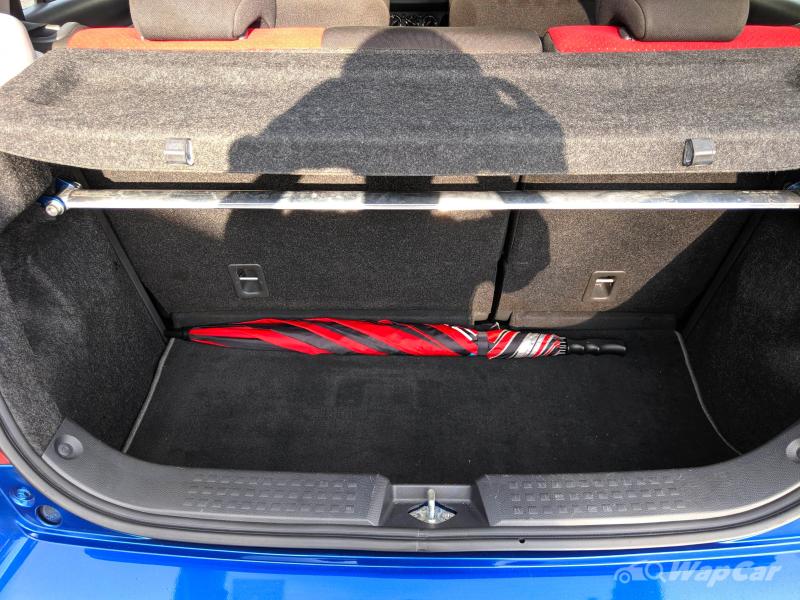 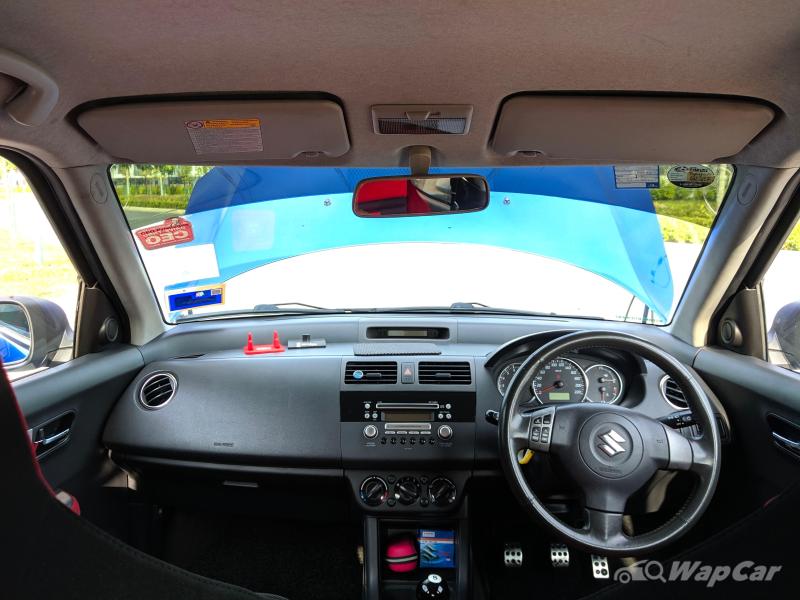 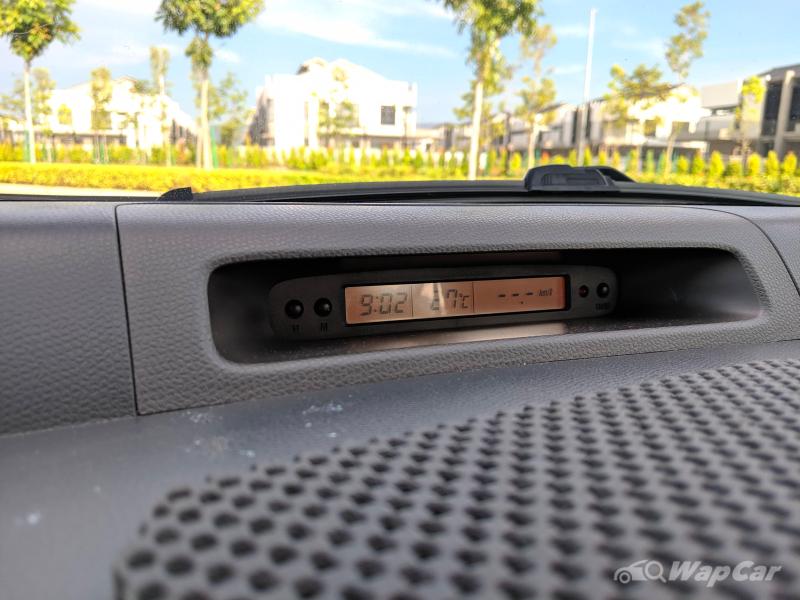 Suzuki isn’t well known for its quick acceleration or 0-100 time unless you’re Monster Tajima. The 1.5L engine of the Suzuki Swift does not push you back to your seats, where it picks up the revs, but need a little push on the pedal especially on overtaking on highways. And the gearbox.

There’s a saying, if ain’t broke, don’t fix it. The 4 speeder was smooth and reliable. It had a considered small overdrive, where it can cruise on 120 km/h at 3000 rpm. Downshifting to 3rd might help for overtaking if you source for more oomph as the gearbox are quite lazy to hunt for gears unless its pedal to the metal.

The suspension of the Suzuki Swift was well sorted out even being a torsion beam at the rear. The car feels zippy in traffic, providing a comfortable ride on both long trips and city driving.

Starting to get a little itch

The humble Suzuki Swift has a wilder sister, which is the Suzuki Swift Sport. It came with a 1.6L engine, with different cams and higher compression, punches out a respectable 125 bhp on RON98 fuel. Yes, you heard that right. A small little hatchback needs the same kind of fuel as a Civic FD2R. And it came with a 5 speed manual, as CBU directly from Japan. The car cost nearly 100k when new, where you can find one in the used car list nowadays for rm30k-40k depends on condition. I didn’t know Suzuki had made difference between the two, I thought was just a higher trim with pretty red-black seats and interior. And they came with Recaro seats as optional? Wow.

It all started I found out how much the Suzuki Swift Sport components can be fitted onto a regular Suzuki Swift. The first was the suspension, with the higher spring rate of the Swift Sport and sporty setup of the shock absorbers. That was the first thing to change into my little humble hatchback.

After the change, the ride height maintains roughly the same as stock, standing at a 1.5m tall.

Japanese media praised that the Suzuki Swift handles like a go-kart, especially the Sport. And boy, indeed it is. The spring and shocks changed were really a big difference. It has enough clearance for speed bumps, basement parking but also providing an extra bump for stiffness and handling. Highway cruising are much better with a less floaty ride when high speed.

The second was a full swap of seats, including the rear was swapped with the Recaro optional.

In my opinion, the Recaro seats are more comfortable than the original seats. I took a drive to Malacca and came back to KL without backache, which the stock seats gave when I did a previous trip to Ipoh. This scores a perfect 9/10, where the 1 being is harder to get in and out due to the semi-bucket design, especially for elderly.

I always dreamt of the Suzuki Swift paired with a manual gearbox. An additional 5th gear rather than four + fun factor increase?

“Manual? Traffic jam asyik tekan clutch tak penat ke?” That was what I always got about having a manual transmission vehicle. If I’m 40 years older, yes probably I’ll stick with the auto.

The gearbox was sourced, you guessed it, from the Suzuki Swift Sport. A 5 speeder with close ratio. The close ratio gearbox meant it likes to run in the rev range as rpm doesn’t drop that much between gears. This turns out for a good recipe on having spiritual driving at below the speed limits. It enlightens the stock 1.5L engine, transforming into a rev hunter mode. A slight downside is cruising on highway became a chore as the 5th ratio doesn’t come close to the auto’s overdrive.

Should you buy one?

Let’s say you like to live free and keep hassle to the minimum, but enjoys sipping tea on top of the hill, viewing the beautiful scenery, then proceed with a downhill cycling on weekends, this is the choice for you. If you’re the type that prefers experimenting on warheads, shipping it around unnoticed and selling it on a high price, choosing other Japanese B-segment sedans will be the utter choice. 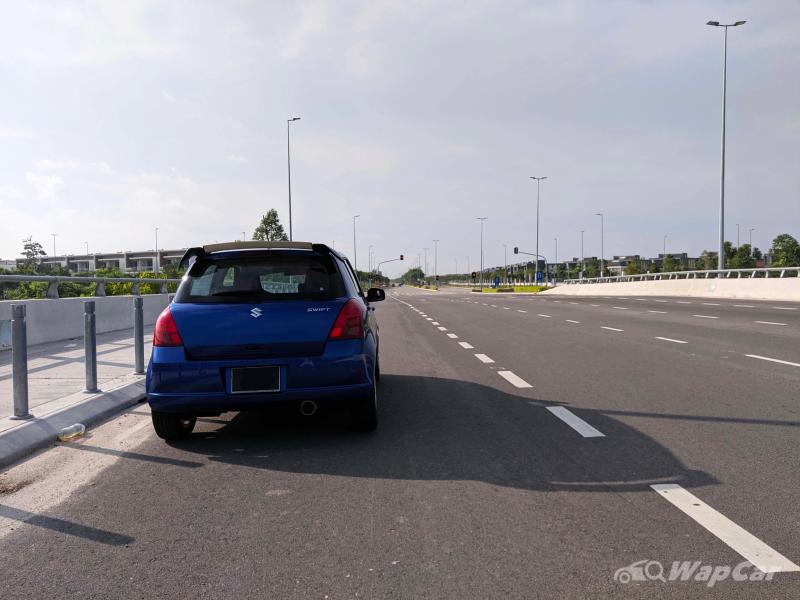 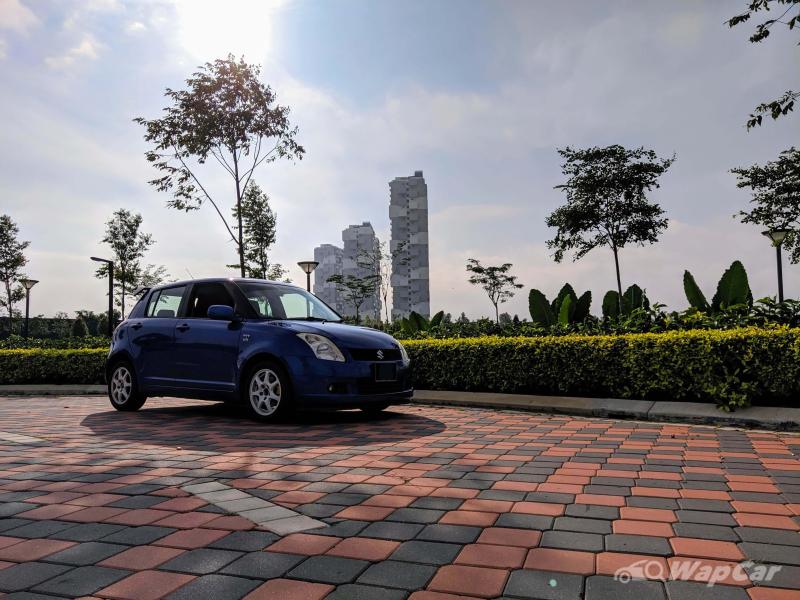 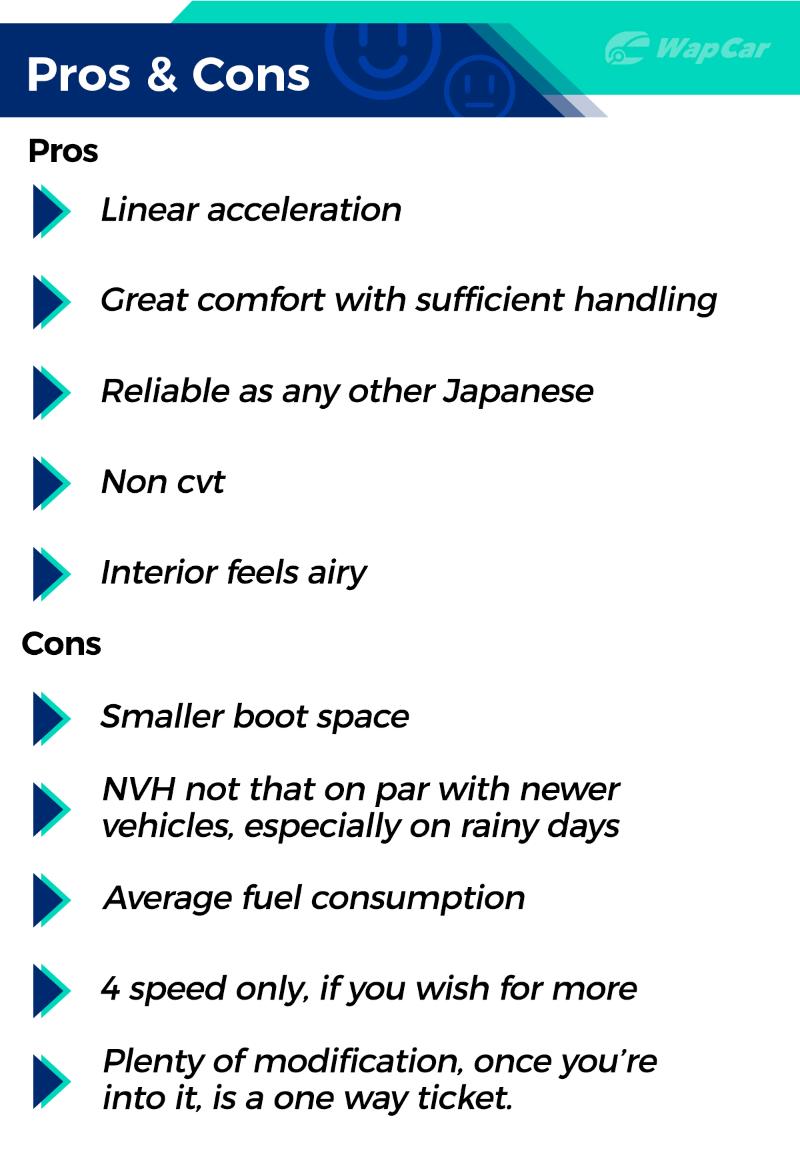 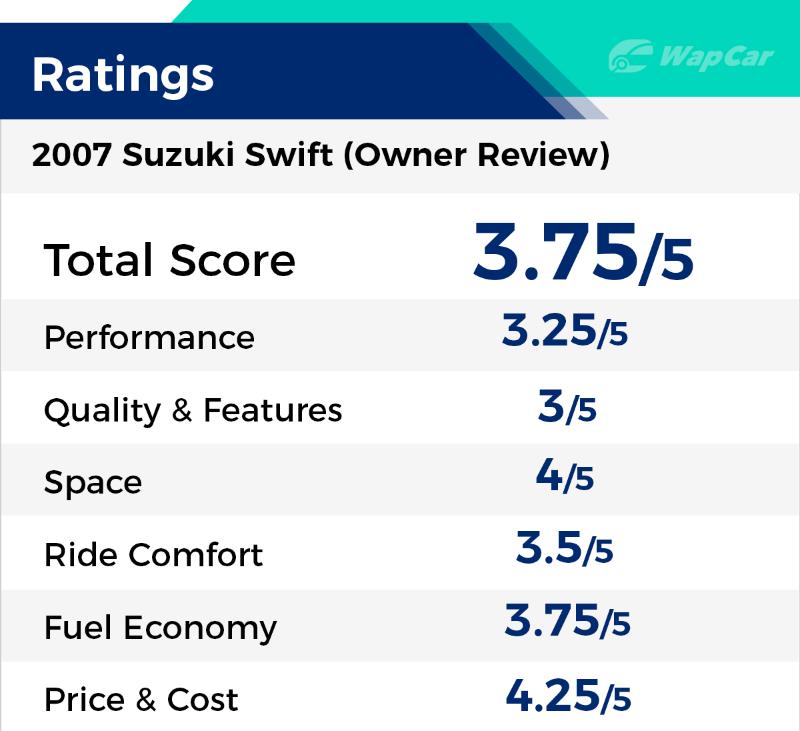 Since Suzuki has ceased car sales in Malaysia, deep down I’m hoping Suzuki returns to Malaysia with their new lineup including the new Suzuki Swift. Especially the turbo ones. Grey import is available now if one is keen to buy and test drive. Waking up on Sunday morning to go for a spirited drive, is where low-speed fun the Suzuki Swift will shine. The Suzuki Swift taught me deep into cars, and it’ll be staying forever. 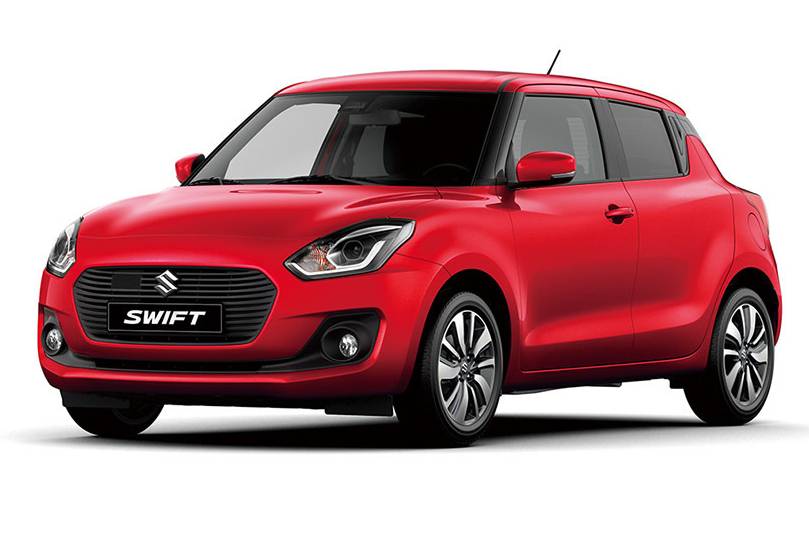