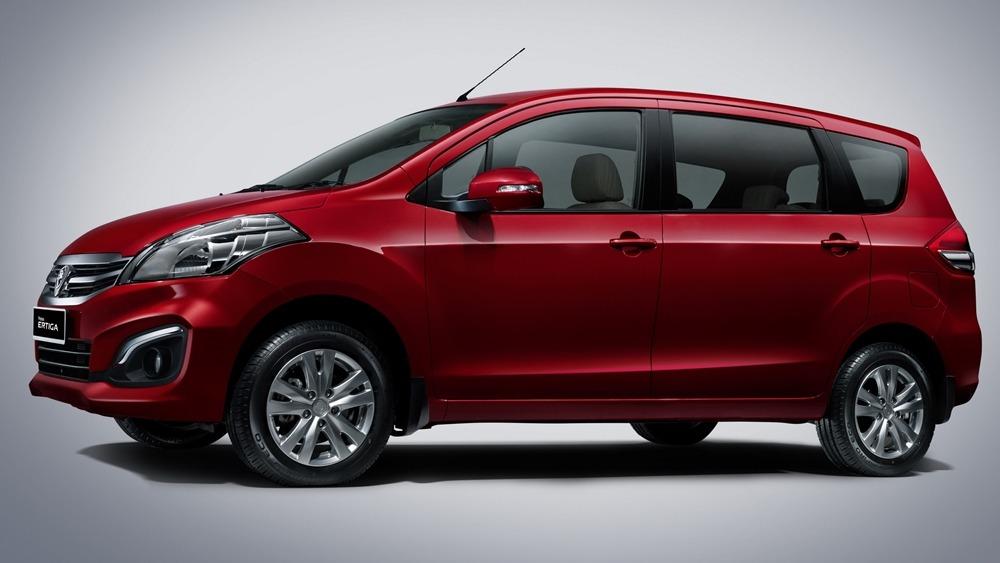 The Proton Ertiga is no more as Proton has dropped the model from its line-up. The last Proton Ertiga rolled off Proton’s Tanjung Malim plant in May, with saw only 31 units assembled, including 4 units with manual transmission.

These 31 units languished for a few more months at dealers, but the last unit should have been sold by the time you read this. It was a quiet and somewhat dismal end to Proton’s much-hyped but short-lived partnership with Suzuki.

In total, Proton assembled just 148 units of the Proton Ertiga this year, a big drop from the 3,466 units assembled last year.

The Proton Ertiga’s story began in June 2015, when Proton announced that it had entered a licensing agreement with Suzuki. 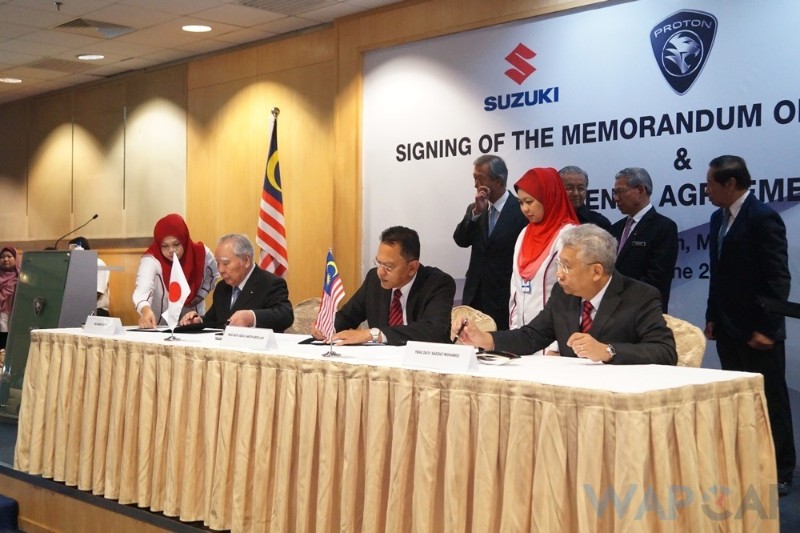 Separately, Proton also signed a Memorandum of Understanding with Suzuki to evaluate the potential for other model collaborations in the future, as well as sharing Suzuki engines and transmissions.

This was a period of time when Proton was desperately looking for a foreign technical partner, as Malaysia’s small 600,000-plus cars a year car market just can’t provide enough scale for Proton to grow sustainably. The company was also lacking in funds to invest in new platforms and engines and Suzuki also happened to be looking for a partner, also because Suzuki was facing more or less the same challenges as Proton.

As Japan’s smallest independent car maker, Suzuki also found the competition too tough to continue alone. It is strong in India and Indonesia but even revenues from these two big markets weren’t enough to ensure Suzuki’s survival in the coming decades. 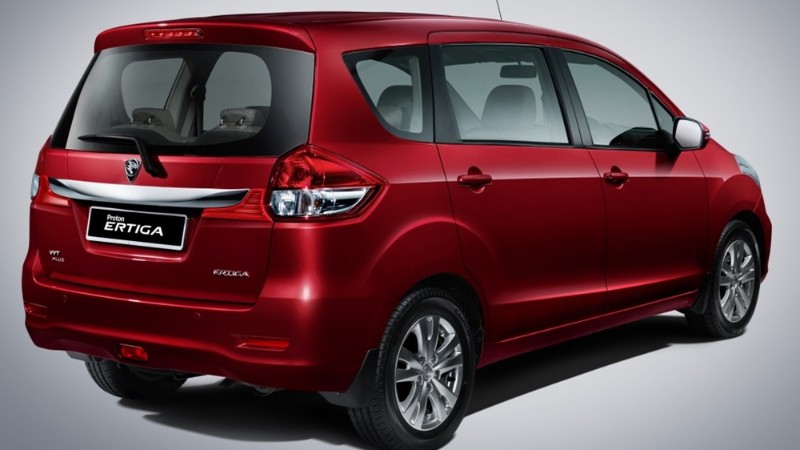 On the surface, Suzuki complemented Proton well. The former is an expert in compact cars, which Proton lacked and was losing market share to Daihatsu’s Perodua.

Proton on the other hand, could offer Suzuki access to Proton’s huge dealer network, which Suzuki lacks in Malaysia. Selling Suzuki products under the Proton brand via Proton dealers was a quick and easy way to raise Suzuki sales in the region. Suzuki also lacked C-segment models, a segment where Proton was reasonably well established in. 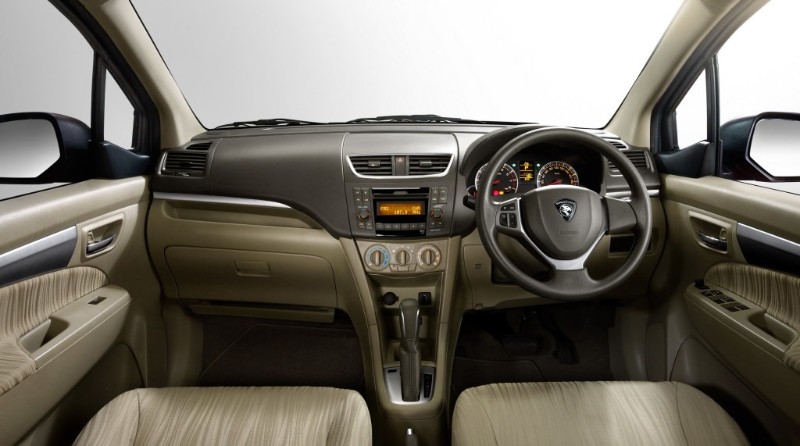 One year later after the initial joint announcement with Suzuki, Proton confirmed in June 2016 that the first model to come out of this collaboration would be the Suzuki Ertiga, which would be sold as a Proton almost unchanged apart from replacing the emblems. Even the Ertiga nameplate was retained.

The model would eventually be assembled using CKD kits supplied by Suzuki’s plant in Indonesia.

There was also a minor change in legal classification. While the three-row seat Ertiga’s interior was identical to the Indonesian model, the Malaysian Ertiga was classified as a six-seater despite having space for seven. This was because the Ertiga lacked three-point seat belts in the middle row’s centre seat, which uses only a lap belt. Malaysian regulations require all seats in a passenger car to come with three-point seat belts. 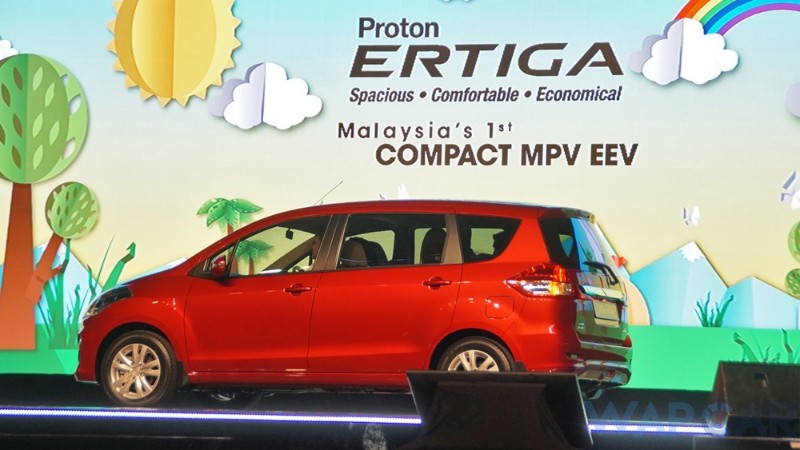 The Proton Ertiga went on sale in November 2016. There were three variants, all powered by a 1.4-litre naturally aspirated four-cylinder that makes 94 hp and 130 Nm, paired to either a 5-speed manual or a 4-speed automatic.

However trouble was brewing in the partnership even before the Proton Ertiga was launched.

Less than six months after signing the agreement with Suzuki, Proton went ahead to negotiate with France’s PSA Group and China’s Geely for a capital tie-up, leaving Suzuki at the sidelines.

There were also rumours of payment disputes and both parties eventually walked away from each other. Fans who were hoping for an affordably priced Swift Sport had their hopes dashed. 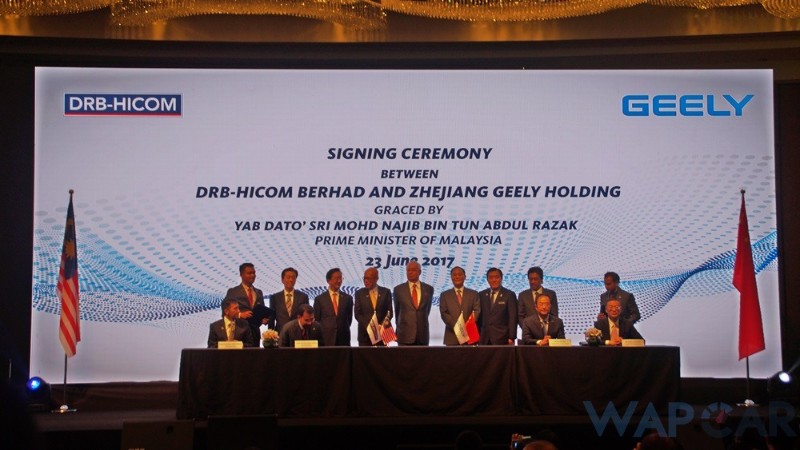 Most of Proton’s activities in the following year in 2017 were related to potential mergers with either PSA Group or Geely. In the end, Proton chose Geely, signing an agreement in June 2017 that saw Geely’s parent company Zhejiang Geely Holding taking 49.9 percent ownership of Proton.

Suzuki was rumoured to have stopped supply of Ertiga CKD kits to Proton since 2018, and the Ertigas assembled since were built using kits that were already delivered earlier, and that was the end of the Proton Ertiga.

In any case, Ertiga’s fate in Malaysia was difficult even before Proton went into bed with Geely. It was unloved right from the beginning, abandoned by both Suzuki and its adopted parents at Proton, it was never even given a chance to compete properly with Perodua's Alza.

Suzuki has since formed a capital tie-up with Toyota, which of course, offered a lot more benefit and security than a tie-up with Proton. 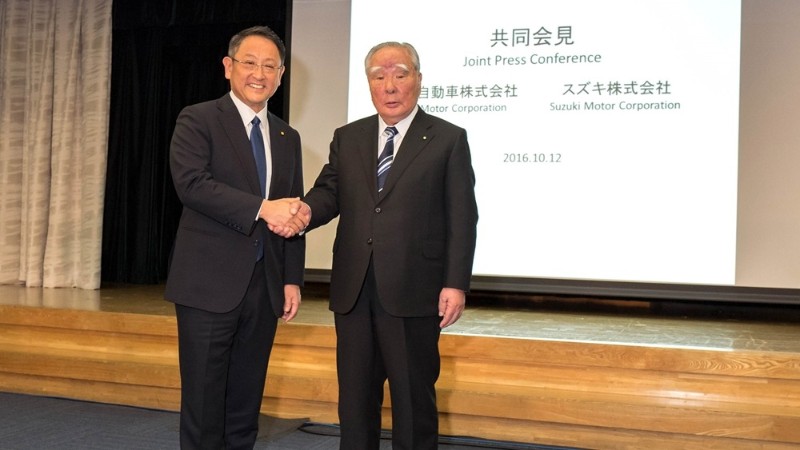 Toyota now owns five percent of Suzuki. This also means that Japan’s top-two compact car specialists – Suzuki and Daihatsu, the latter includes sales of its Malaysian joint venture Perodua in its annual report - are now part of the Toyota group. It also means that the company that Proton had initially partnered with to compete with Perodua, is now a distant relative of Perodua. Who would’ve predicted this in 2015?