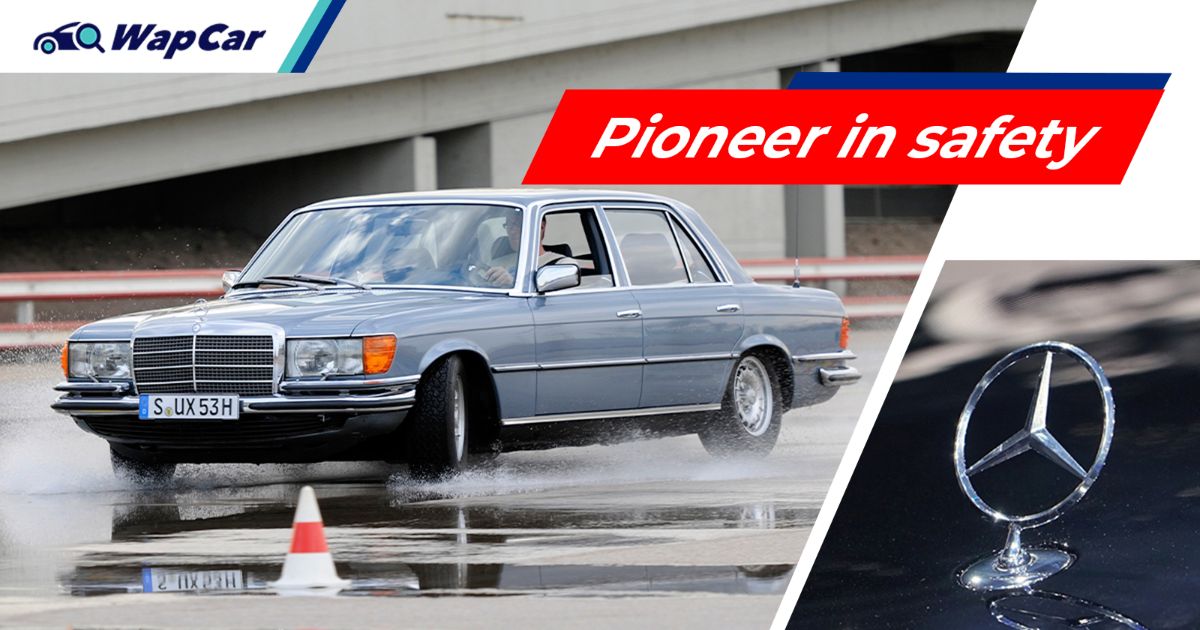 Think vehicle safety and a certain Swedish make comes to mind, but Mercedes-Benz has always been at the forefront of safety innovation. The Mercedes-Benz S-Class has spearheaded many of the safety features we know today, like electronic ABS and brake assist. 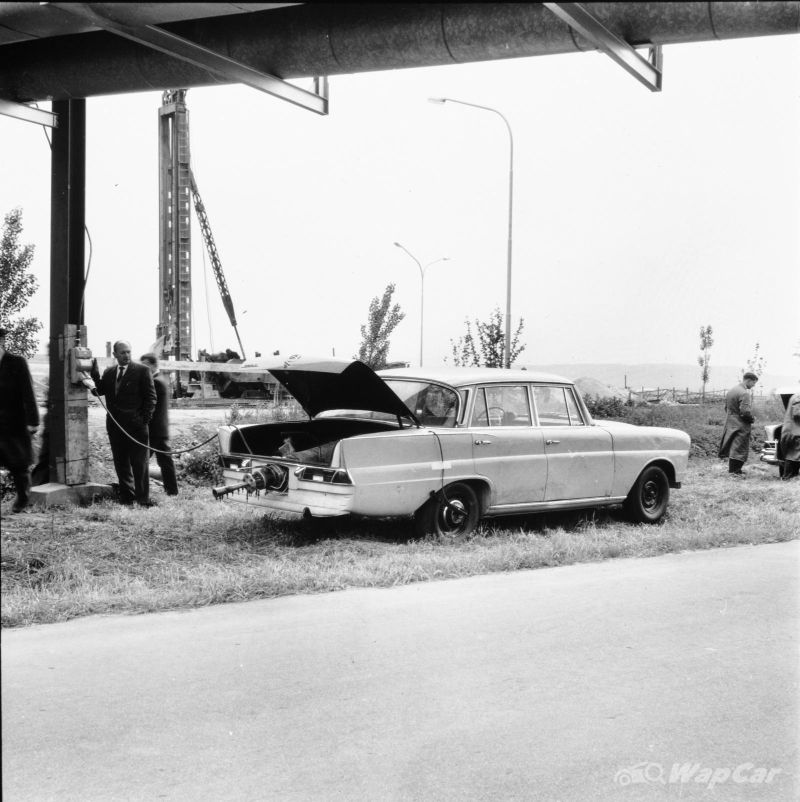 The safety body was developed by Béla Barényi, who had been employed at Daimler-Benz since 1939. Amongst his most important innovations was the door lock with securing pin, which was first presented in 1951 and is still being seen in today’s Mercedes-Benzes.

It’s been said that many of his ideas were so ahead of their time that some did not make it into series production until long after Barényi had left active service. For example, the recessed windscreen wiper when in standby mode, which was introduced in the W126 S-Class in 1979. 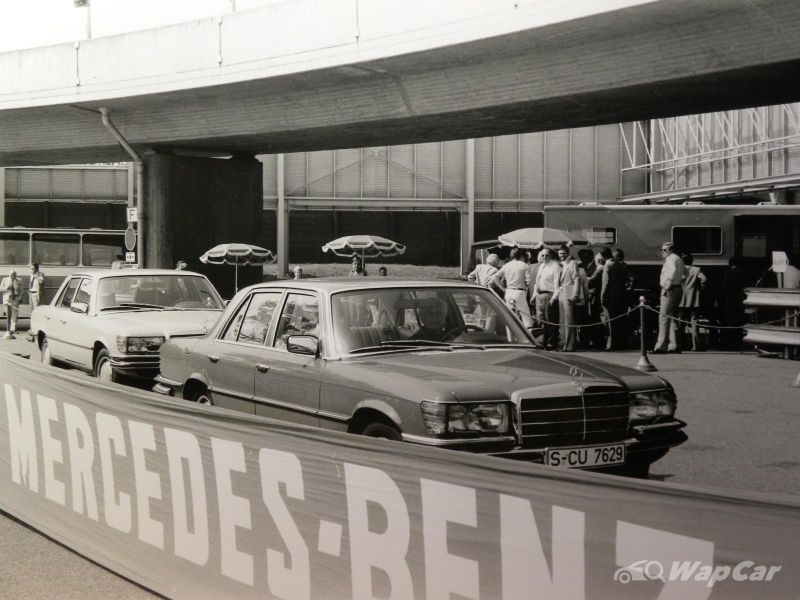 But back to the safety body, it is based on the concept of a shape-stable passenger cell with specific deformable crumple zones at the front and rear to dissipate kinetic energy in the event of a collision.

What is crumple zone? 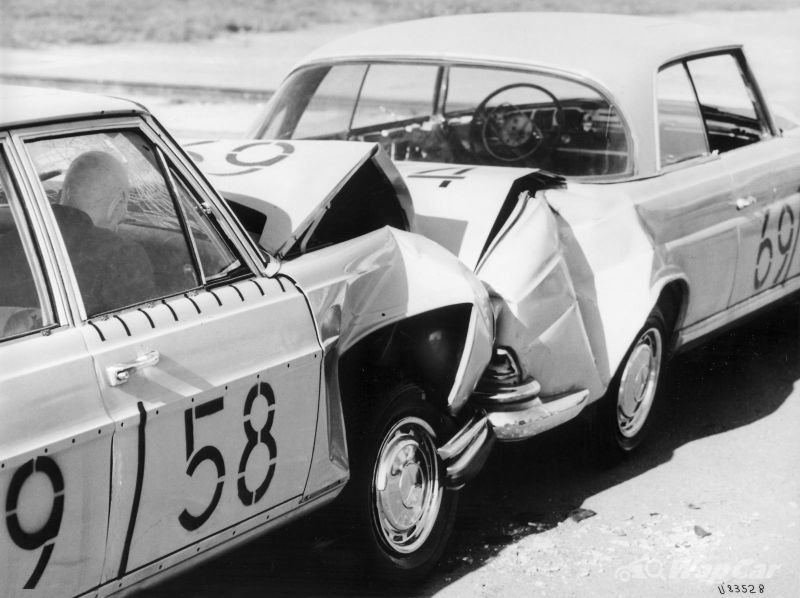 In short, crumple zone is a structural safety feature that is designed to, as the name suggests, crumple or crush during a collision. This increases the deceleration time and absorbs some of the energy of the impact to better protect the occupants from serious injuries. 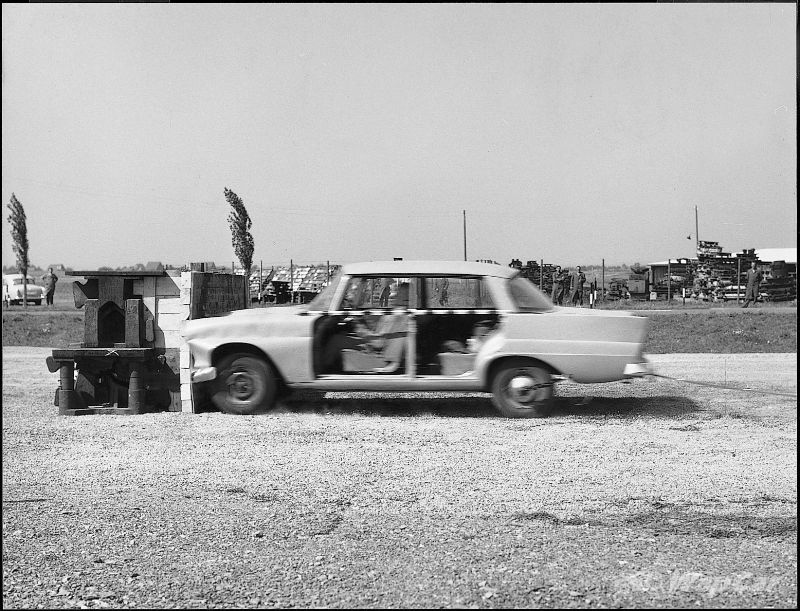 The aspiration for even greater vehicle safety led to innovations which affected all areas of the car. Amongst other things, the Mercedes-Benz engineers established padded structures in the interior, improved the safety of the body structure with the help of increasingly sophisticated crash tests and optimised the conditional safety with improved ergonomics.

The entire chassis was also further improved in terms of safety. For example, Mercedes-Benz introduced disc brakes on all four wheels in 1961.

Birth of the S-Class 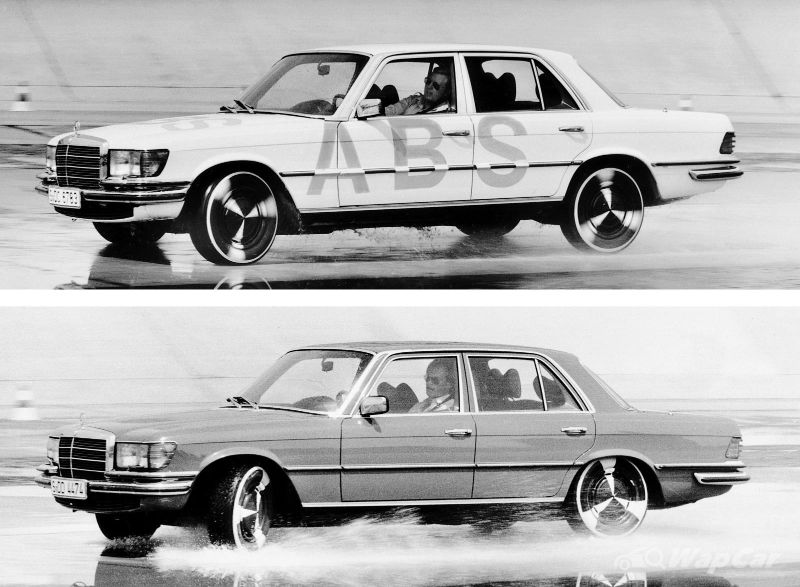 The company took a decisive step into the future of vehicle safety with the W116 S-Class, the first to be called an S-Class. It was in the W116 that the anti-lock braking system (ABS) made its series debut in 1978. This system ensured that the vehicle was still able to be steered when the brakes were fully applied, particularly on wet roads.

Also read: How to properly use Anti-lock Braking System (ABS) 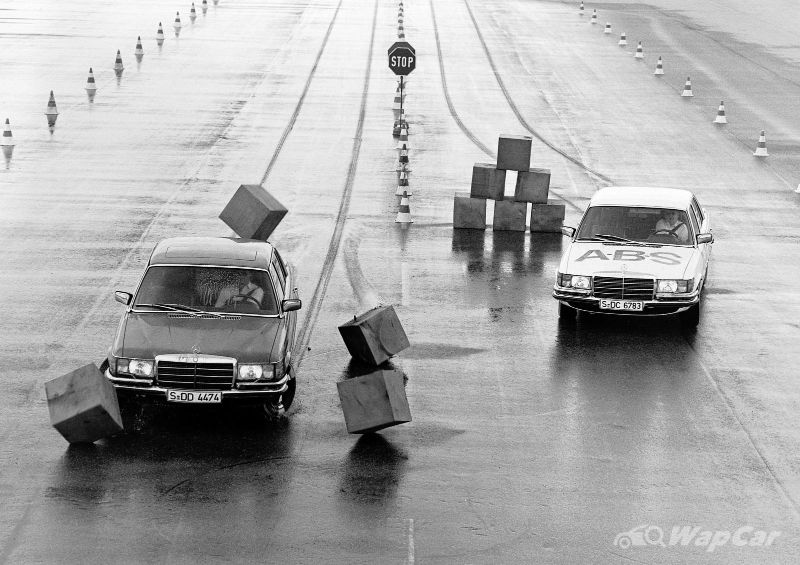 Sure, similar solutions already existed back then, but it was the digital controller that gave Mercedes-Benz and Bosch a breakthrough moment. It was said to be less complex, yet more powerful and reliable at the same than analogue electronics. This also allowed it to be mass produced and paved the way for modern ABS.

It took over 20 years for ABS to be developed from the initial idea to series deployment: the first patent for the technology was filed back in 1953 by Dr. Hans Scherenberg, chief developer of the company from 1966 to 1977.

In 1979, the W126 S-Class made its world debut. It was the W126 that introduced seatbelt pre-tensioners, which tightens the seatbelt to hold the body in place when it senses conditions that could lead to a collision. 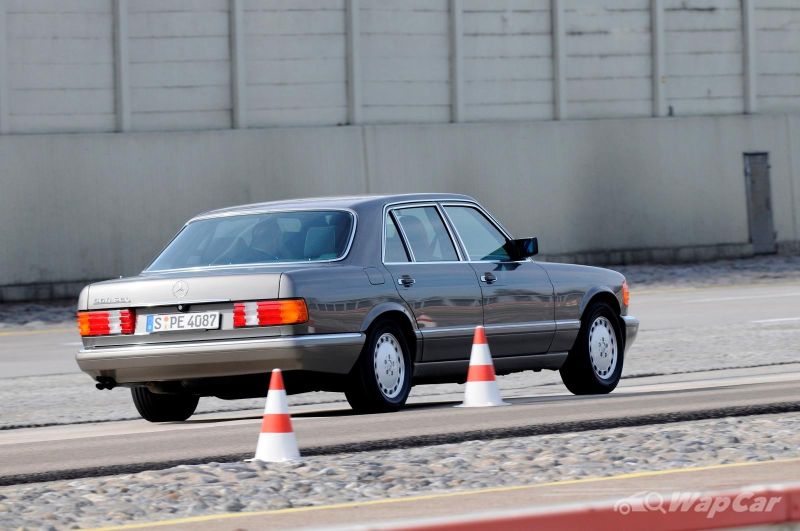 In 1995, the Electronic Stability Program (ESP) was introduced to a worldwide audience for the first time in the W140 S-Class. The system, which was essentially an evolution of the ABS and traction control system, prevents the car from skidding in critical driving situations. 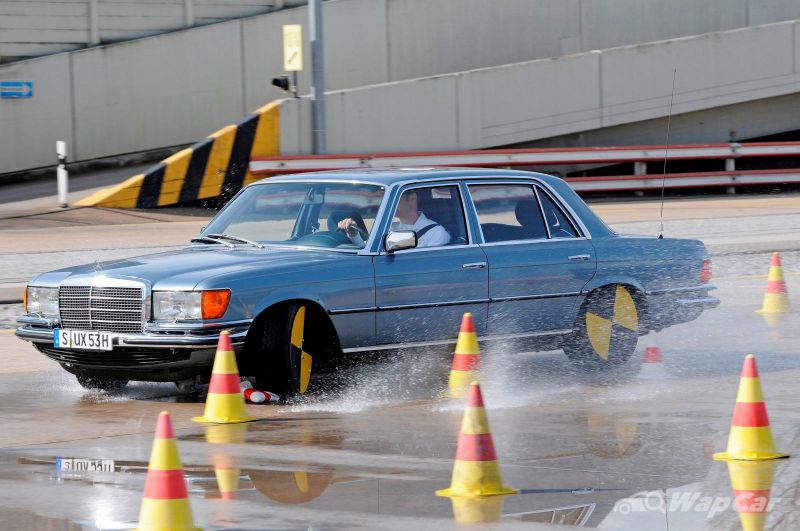 They were the first to put the system into production and now nearly every new car on sale today features it. 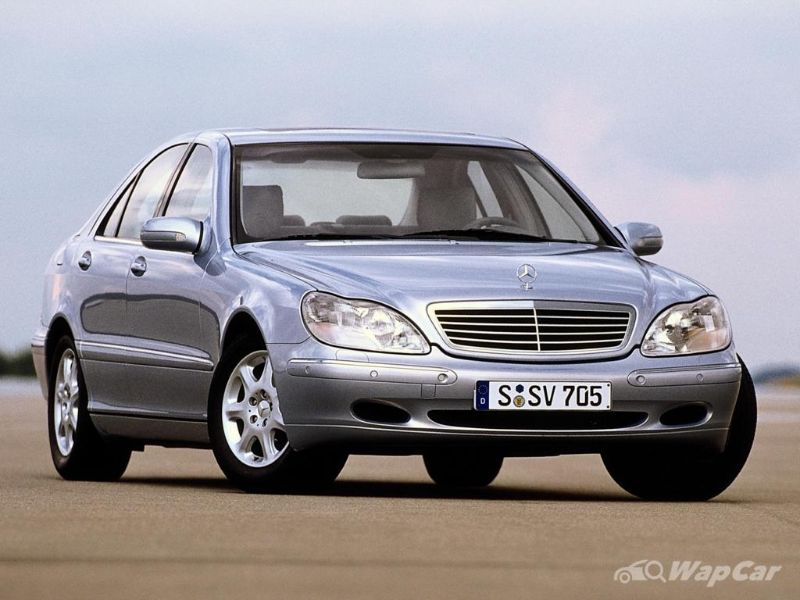 Moving on to the W220 S-Class, which had its market launch in 1998. It debuted Distronic, the world-first radar-based adaptive cruise control system that brakes and accelerates to maintain at a set safe distance from the vehicle ahead. 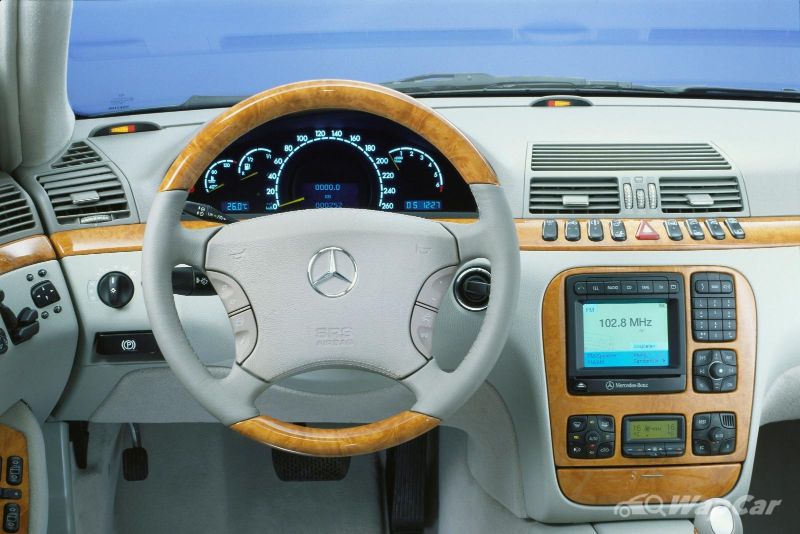 They’ve also employed Brake Assist as standard equipment. Upon detecting the event of an emergency (when the brake pedal is depressed faster than normal), it automatically overrides the driver’s braking input and applies maximum braking pressure. 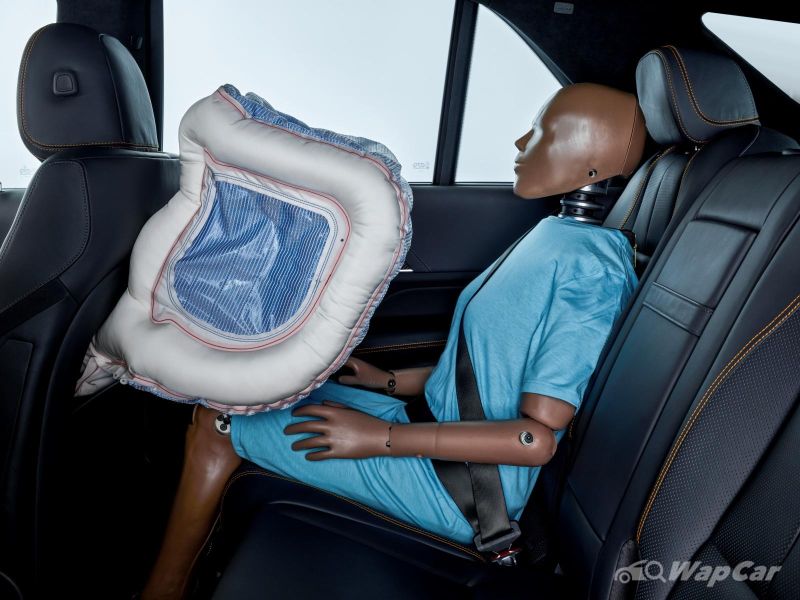 Fast forward to the 2021 W223 Mercedes-Benz S-Class, the first production car to offer full-frontal airbags for rear passengers. Unlike traditional bags fitted on steering wheels, the rear airbags use a tubular design that significantly reduces impact forces on the head and spine. 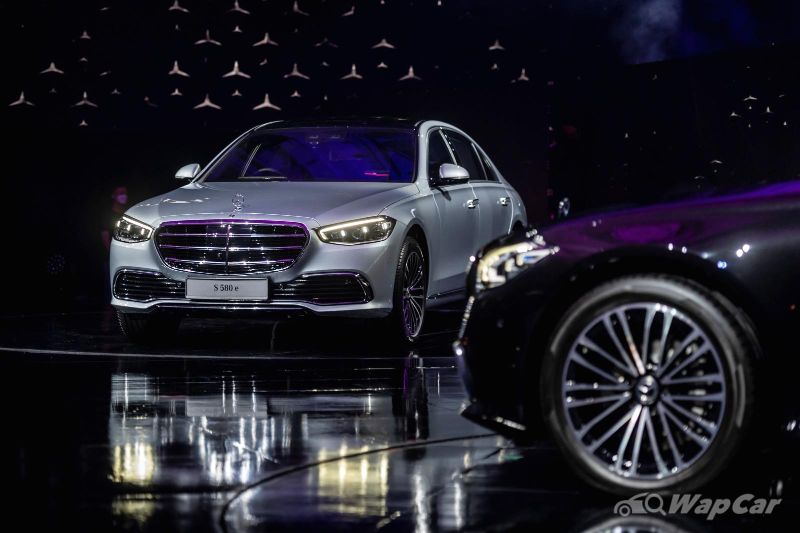 Implementing rear frontal airbag wasn’t an easy task. It needs adapt to its surrounding in case of obstructions like a child seat, and fit humans of all sizes and seating behaviour. But like all previous innovations, they’ve persevered and developed yet another world-first feature.

Being Mercedes-Benz’s flagship model, the S-Class has traditionally previewed the latest and greatest tech from the company. It’s what makes the S-Class such an important model.

Could rear frontal airbag make its way into other cars in future? We’ll have to wait and see, but judging from history, it wouldn’t be surprising at all to see it catching on.

Also read: This world's first safety feature by Mercedes-Benz should be introduced in every car

This article is sponsored by Mercedes-Benz Malaysia 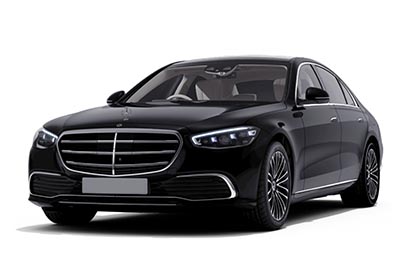