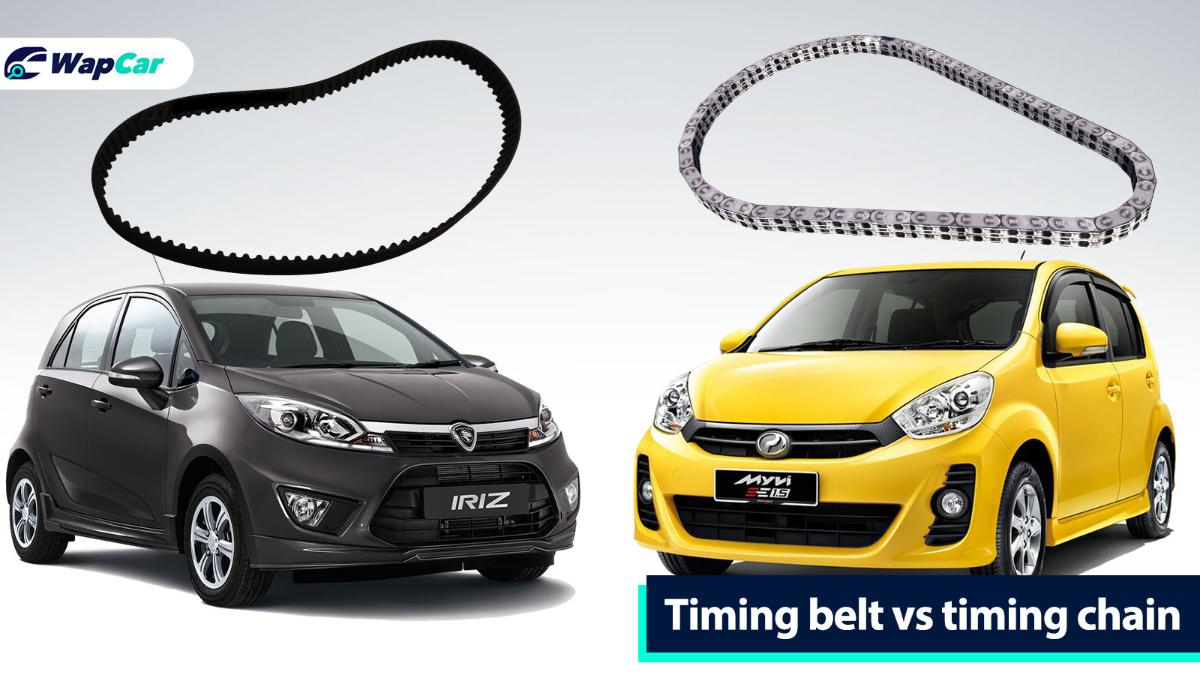 You might be comparing certain specs of cars before deciding which one to buy. What is the engine’s displacement? What kind of brakes does it have? What type of transmission does it use? Does it come with long range AEB? There are a lot of things you could compare between every car before deciding on your purchase. Today, we’ll be talking about timing belts and timing chains.

Timing chains or timing belts are used to synchronize the camshaft rotation and the crankshaft rotation. Most engines of today utilise an Overhead Cam (OHC) configuration so a belt or a chain is required to connect the crankshaft and the camshaft. Engines that use a push rod configuration also need a timing belt or a timing chain (although shorter in length).

Some argue that timing chains are better because they last longer. Some argue that timing belts are better because they are cheaper to replace and are quieter. The thing is, you can’t choose whether to have a timing belt or a timing chain in a car you are about to purchase. You’d have to get a different car if you preferred one timing system over the other.

Let’s go through a few questions and find out.

Q: What is a timing belt?

A: A rubber belt that is driven by the crankshaft and drives the camshaft.

Q: What is a timing chain?

A: A chain that is driven by the crankshaft and drives the camshaft.

Q: Which is better? Timing chains or timing belts?

A: Yes. Usually not by much. Changing the timing chain also requires changing some gears since the gear teeth are worn out too. However, timing chains do not need to be changed as frequently as timing belts. 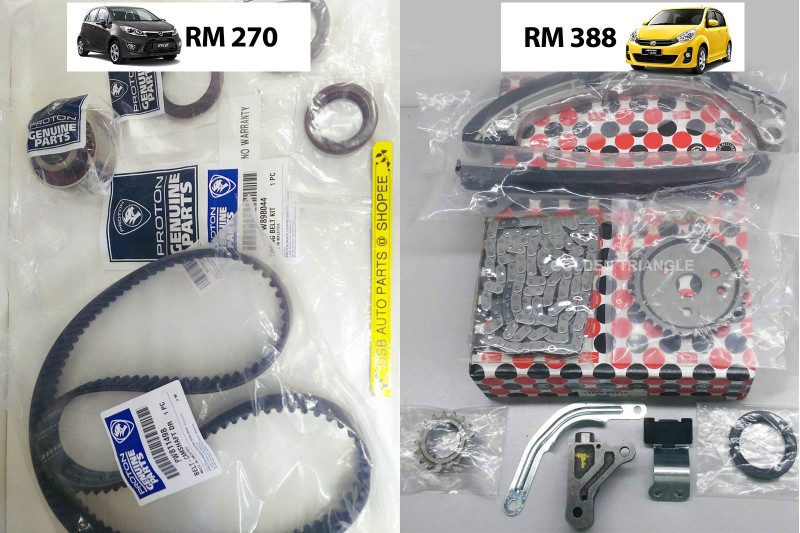 Q: Why do manufacturers use timing belts then?

A: They are cheaper and work just as fine.

Q: Are timing chains harder to replace than timing belts?

A: Yes. Timing chains need to be lubricated by the engine oil. Hence, they are in a more enclosed housing. This means extra work just to get to the timing chain. Timing belts are usually only protected by a plastic cover and are more accessible for maintenance work.

Q: Does using a timing chain or a timing belt affect fuel consumption?

Q: Do timing chains wear out?

Usually the engine warning light will light up when the timing chain stretch could potentially damage the engine. Stop the engine if that happens. Chain stretch could cause the chain to jump a gear tooth and disturb the synchronization between the pistons and valves and cause some rough idling.

Q: Do timing belts wear out?

A: Yes. That’s why they need replacing every 100,000 km or so. Unmaintained timing belts can snap and cause catastrophic damage to the engine (especially interference engines). Timing belts could also slip due to worn out teeth.

Q: What is the worst thing that could happen with a broken timing belt or a loose timing chain?

A: In case of a snapped timing belt, your valves and pistons may collide.

This is the case with interference engines that are more efficient and compact in design. Timing belts have a higher tendency to snap, but usually if you keep it replaced on time, such a problem should not happen. 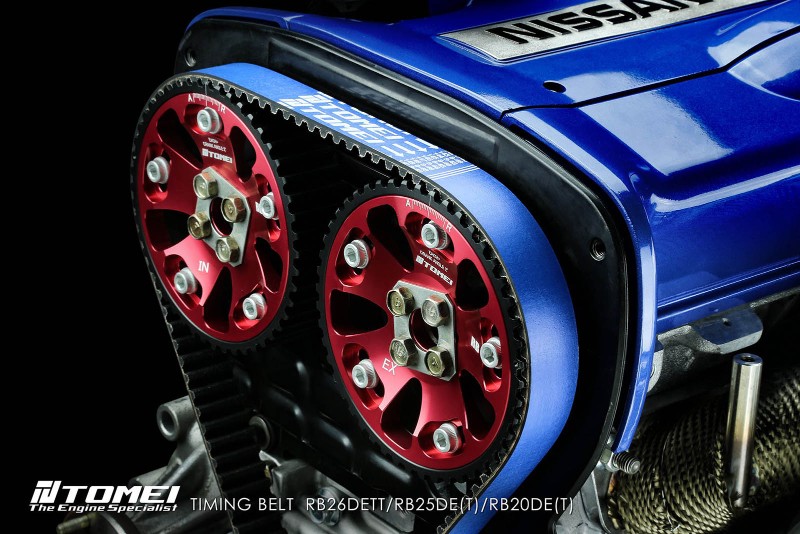 Some cars like the Ferrari Enzo don’t even use timing belts or timing chains. Instead, they use a bunch of timing gears to synchronize the valves with the engine rotation. Timing gears are noisier than timing chains.

Whatever timing system your car is using, perform regular servicing to monitor the health of your timing belt or timing chain.