Home > News > Pros and Cons: Ford Ranger Wildtrak - Love the comfort, but is it worth RM 150k?

Pros and Cons: Ford Ranger Wildtrak - Love the comfort, but is it worth RM 150k? 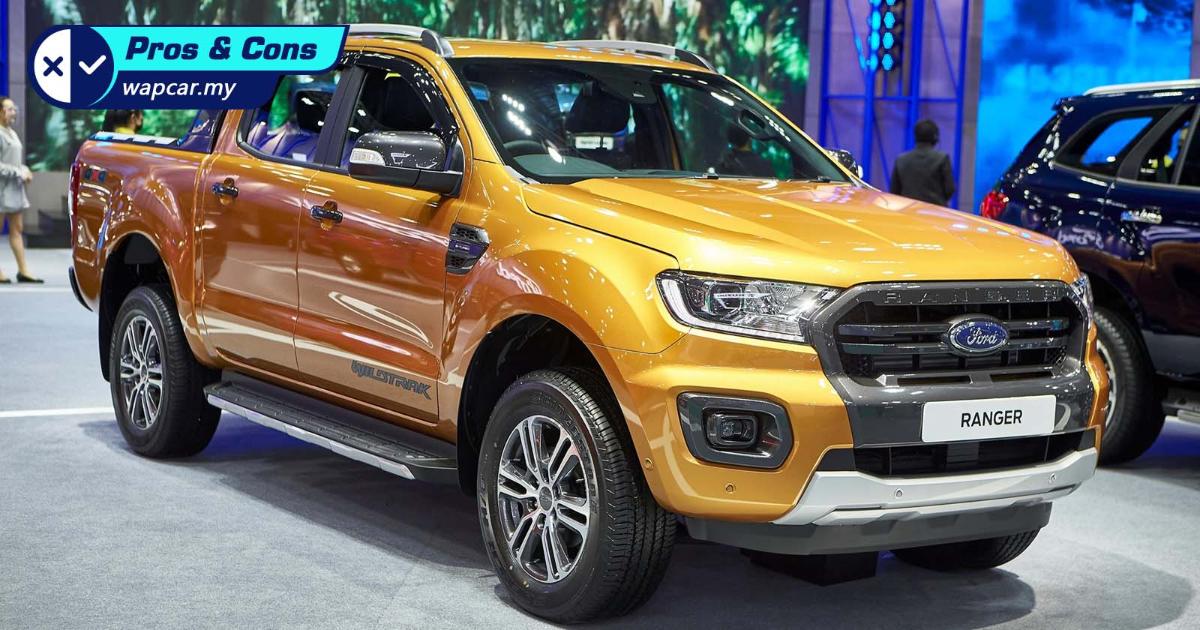 The Ford Ranger Wildtrak received a mild nip-and-tuck in August 2020, in which the pick-up truck received new wheels, revised Bi-LED projector headlights, and an additional USB charging port behind the rear-view mirror. 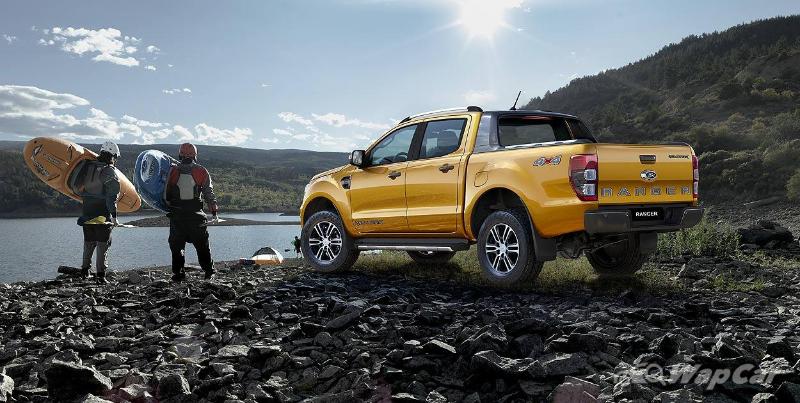 It competes against rivals such as the Toyota Hilux 2.8 Rogue, Isuzu D-Max 3.0, and Mitsubishi Triton Adventure X.

Originally priced from RM 144,888, the update in August bumped the Ranger Wildtrak’s prices up to RM 150,388. In case if you’re wondering if the Ranger Wildtrak is qualified for the government’s Penjana sales tax exemption programme, the short answer is no as pick-up trucks are classified as commercial vehicles.

Here’s a brief overview of the Ford Ranger Wildtrak’s pros and cons: 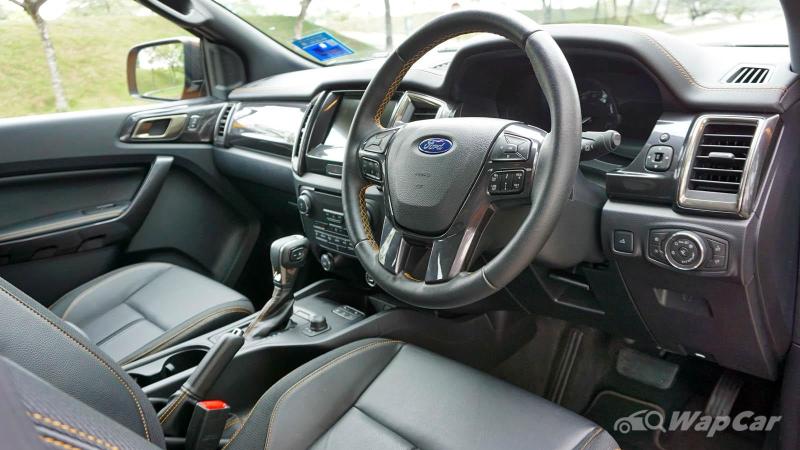 As surprising as it may sound, but the Ford Ranger Wildtrak offers one of the quietest cabins out there. 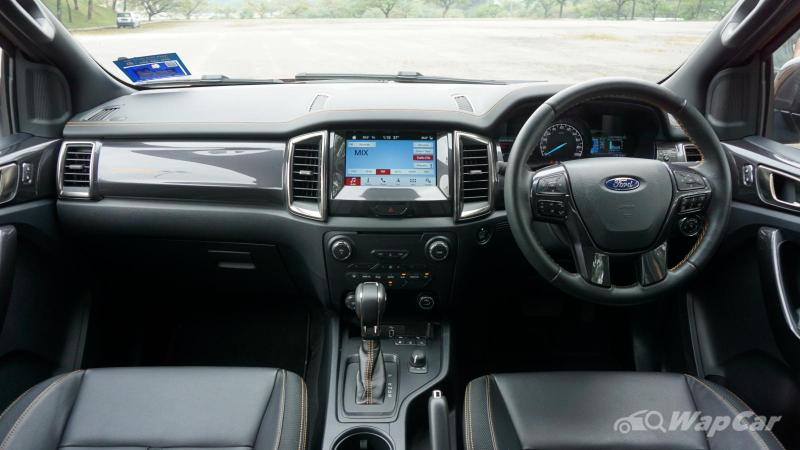 Armed with our dB meter on hand, the Ford Ranger Wildtrak’s cabin registers just 63 dB at 110 km/h, quieter than the both the D-Max and Triton, which registered 70 dB at the same speed. 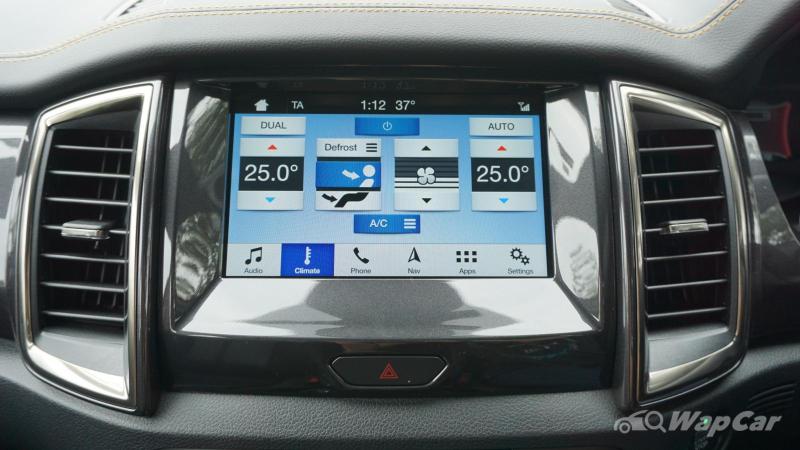 Impressive? No doubt, as Ford has used a healthy dose of noise-deadening materials throughout the Ranger, resulting in one of the quietest cabins we’ve been in. 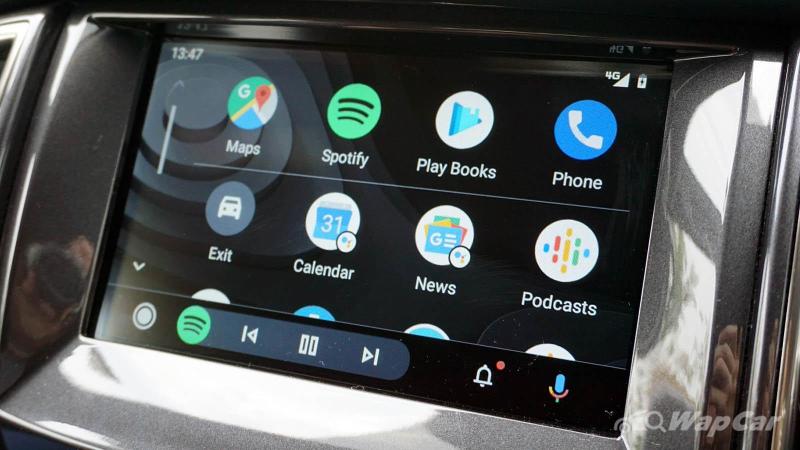 The quiet cabin also goes well with the Ranger Wildtrak’s sound system, which is better than many sedans and SUVs. Sound reproduction is clear and powerful, and it supports both Android Auto and Apple CarPlay. 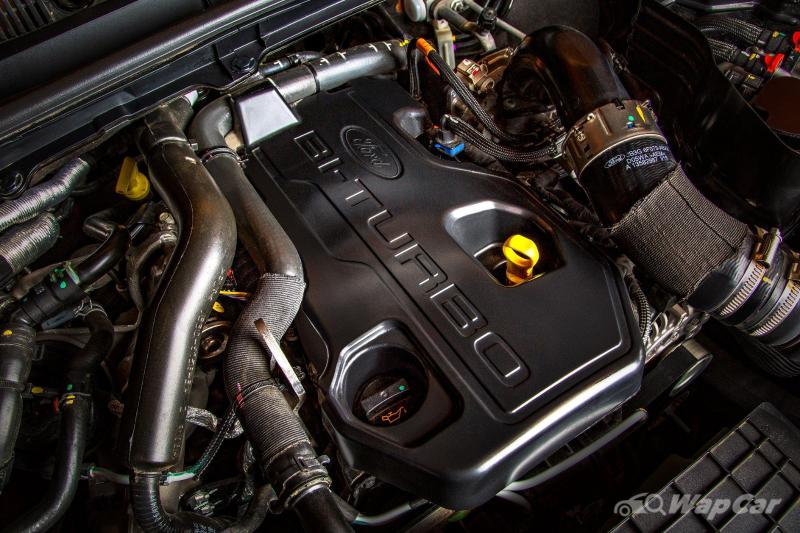 With 213 PS and 500 Nm on tap, the Ford Ranger Wildtrak is one of the most powerful pick-up trucks money can buy. 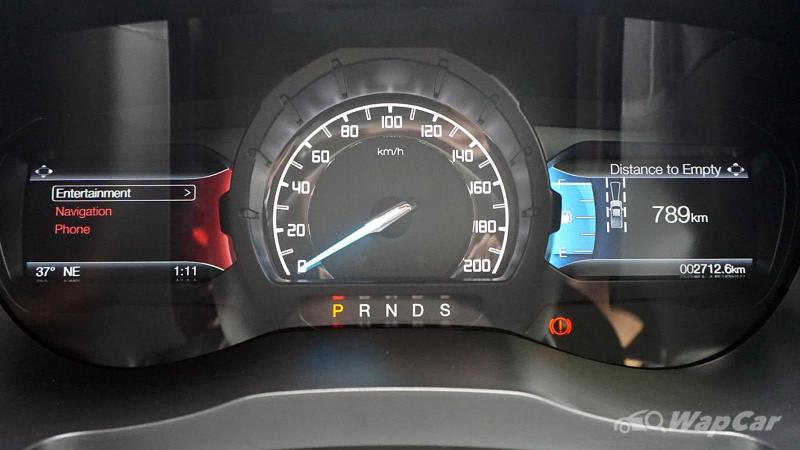 It completes the century sprint in just 9.8 seconds, making it one of the quickest pick-up trucks we’ve tested to date. 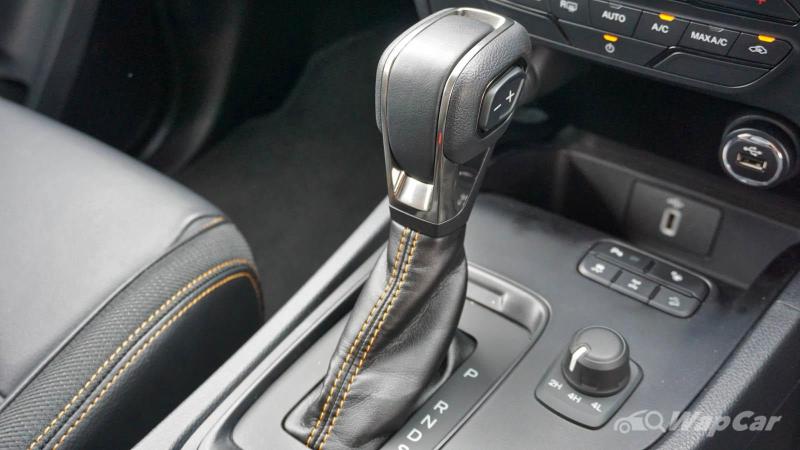 Combine this with its quiet cabin and near step-less 10-speed torque converter automatic transmission, drivers will have to keep an eye on the speedometer because it builds up speed imperceptibly quick. 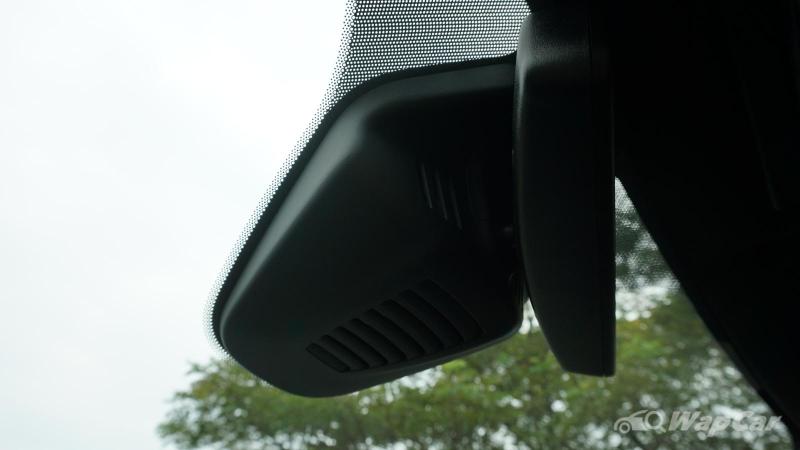 The Ford Ranger Wildtrak is one of the first few mainstream pick-up trucks to offer an ADAS suite, well before rivals such as the Mitsubishi Triton or Toyota Hilux. 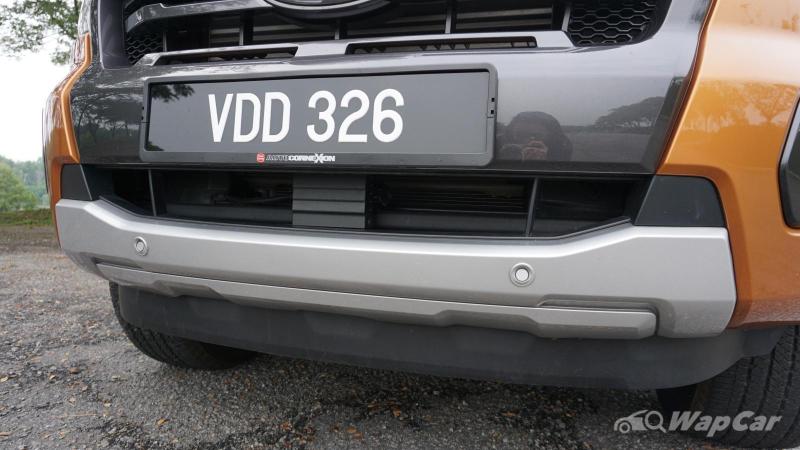 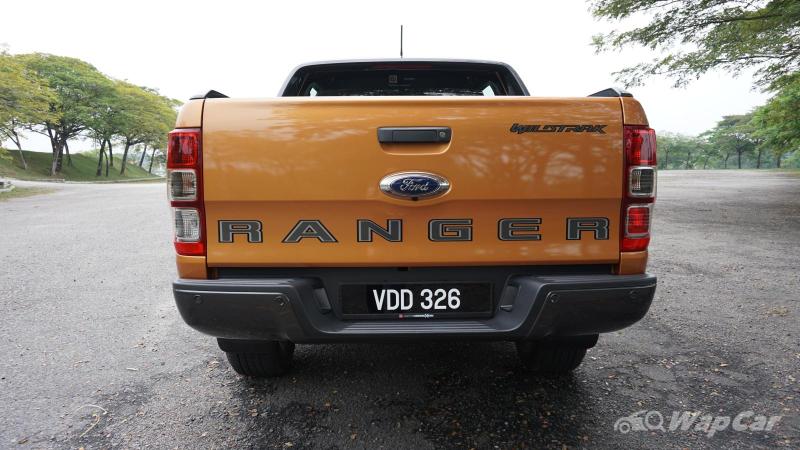 Dimension wise, the Ford Ranger Wildtrak is the largest amongst its rivals. It is nearly 100-mm longer and 33-mm taller than the Hilux. 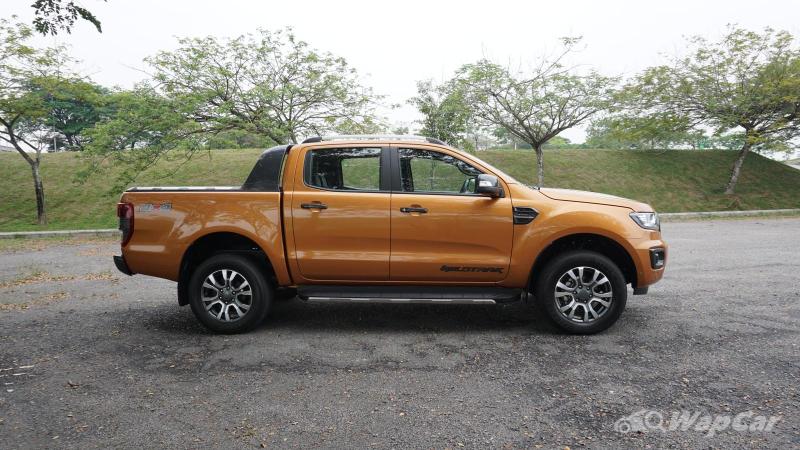 Given that it is larger than its rivals, having a 360-degree parking camera would have been helpful (it only offers a reverse camera), as navigating the Ranger Wildtrak in tight parking spots can be a daunting task.

It has a longer wheelbase too, which also means that turning circle cannot be as tight as smaller Japanese rivals. It does however, come with Semi-Automatic Parallel Parking assistance, so that's a consolation. 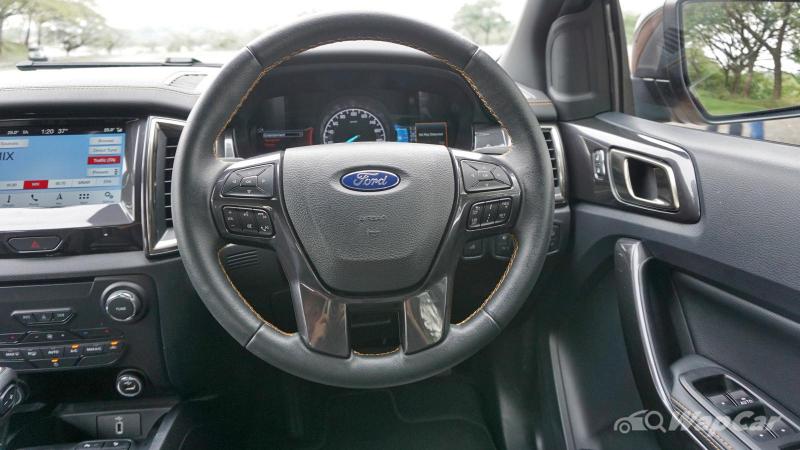 Whilst having 10 forward ratios does seem good on paper, it's a totally different story behind the wheel.

In normal driving conditions, the 10-speed gearbox will end up playing musical notes as it hunts for the correct gear, which can get rather annoying after a while.

It is good in theory, but in reality, it doesn't work that much better than a regular 6-speed unit used in a Mitsubishi Triton or a Toyota Hilux. 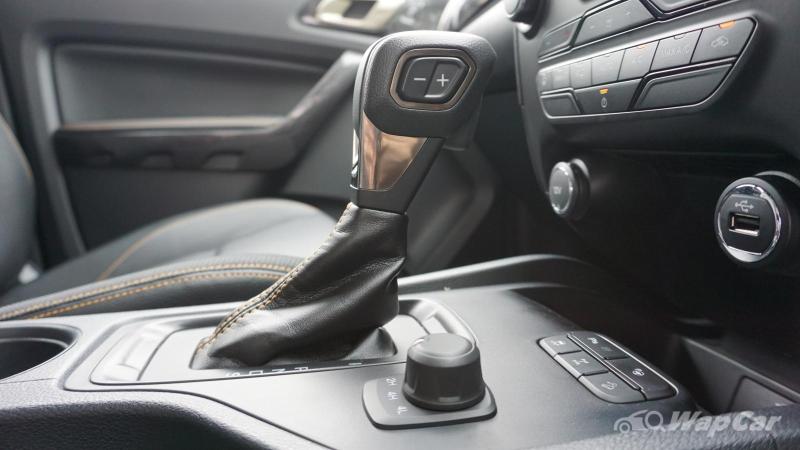 Another Ford-specific nitpick is the gear lever-mounted manual override buttons. Not only are they hard to reach, using them whilst driving feels awkward and cumbersome. Paddle shifters work much better. 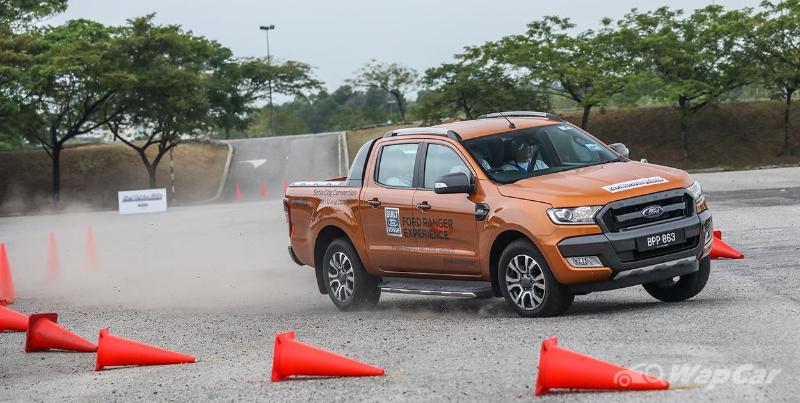 When SDAC quietly introduced the updated Ford Ranger Wildtrak in Malaysia last year, prices of the pick-up truck also went up a bit. 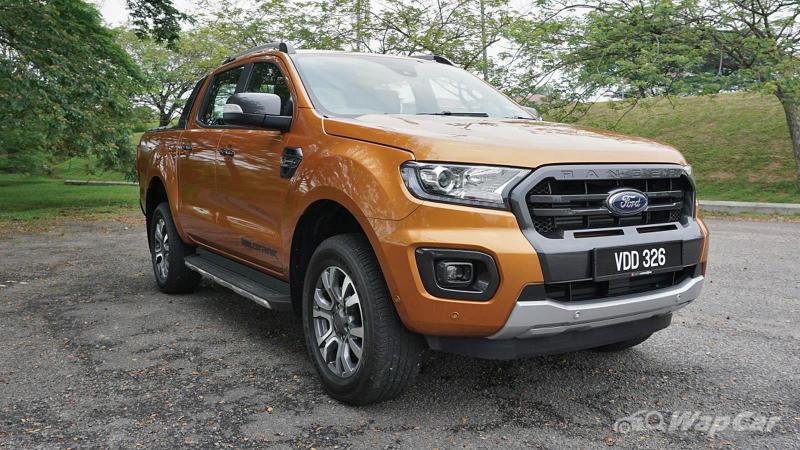 Prior to the update, the Ranger Wildtrak was priced at RM 144,888, but prices have since increased to RM 150,388, making it one of the priciest mainstream pick-up trucks on sale in Malaysia (barring the over-the-top RM 200k Ranger Raptor).

Back when the Ranger Wildtrak was priced at RM 144,888, it was a no-brainer option for those looking for a well-built, feature-rich, and powerful pick-up truck.

But prices have breached the RM 150k mark, raising questions on whether it’s still worth putting down your money for one. 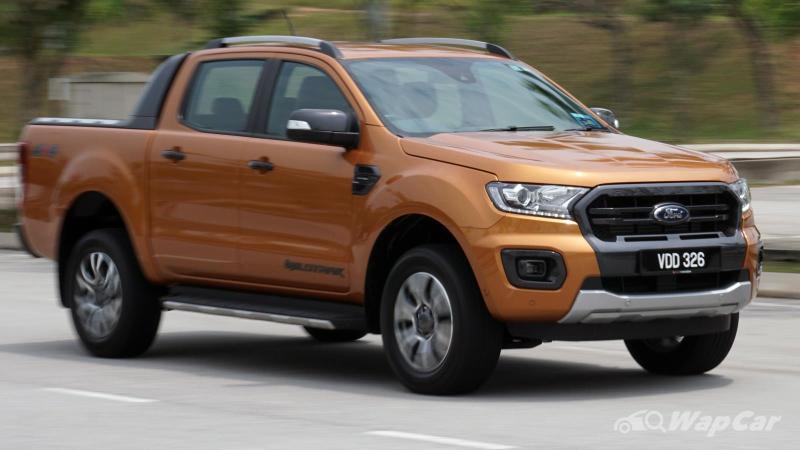 In short, we reckon that the Ranger Wildtrak, even with its recent price hike, still remains a solid option for those wanting a lifestyle truck.

Granted, you’ll have to adapt to the Ranger Wildtrak’s size and make do with less service centres. If you happen to stay near one Ford service centre, then that’s definitely an added bonus.