The all-new Mazda BT-50 is expected to be launched in Malaysia in the first quarter of 2021. No longer based on the Ford Ranger, the latest BT-50 will be built alongside the new generation Isuzu D-Max at Isuzu’s Samut Prakan plant in Thailand.

At launch, the all-new Mazda BT-50 only gets one engine choice: a 3.0-litre Ddi BluePower commonrail turbodiesel that churns out 190 PS and 450 Nm - identical to the D-Max. Although power output is a little bit lower than the preceding trucks, tall Isuzu D-Maxes and new-generaton BT-50 engines are tuned for high fuel efficiency and durability in the toughest operating conditions. Its low power output is deliberate, taking into account varying levels of fuel quality the car is likely to run on. The fuel-sipping 1.9-litre turbodiesel was not mentioned during the debut of the all-new Mazda BT-50, but we believe it could be offered at a later stage.

The all-new BT-50 should be receiving a slew of active and passive safety equipment, including blind spot monitoring, rear cross traffic alert, as well as 6 airbags.

The outgoing Mazda BT-50 is priced from RM 102k to RM 120k. When the new model arrives, we expect prices to increase across the board, owing to the fact that the all-new Mazda BT-50 has gone more upmarket than before and with a possible increase in safety equipment. Competitors in Malaysia will be the Toyota Hilux, Mitsubishi Triton and also the Ford Ranger.

A month ago, Bermaz Motor opened bookings for the all-new 2022 Mazda BT-50. Then, a few days later, the confirmed specs were revealed. Now, the new pick-up is slowly finding its way to Mazda dealers across the country.As reported earlier, the all-new 2022 Mazda BT-50 is priced between RM 124,179 to RM 143,218, for the 1.9-litre High Double Cab and the 3.0-litre High Plus Double Cab variants, respectively. Now, in terms of variant-to-variant comparison, the Mazda BT-50 is actually pricier than it

Australian-spec car picturedPerhaps the most stylish pick-up truck in its segment, the all-new 2022 Mazda BT-50, will be launching in Malaysia later this week.Australian-spec car picturedAt launch, two variants will be offered – the 1.9-litre High Double Cab and 3.0 High Plus Double Cab, priced at RM 124,179 and RM 143,218, respectively.The all-new Mazda BT-50 shares its powertrain and platform with the brand-new Isuzu D-MaxVariant-to-variant, both variants of the all-new Mazda BT-50 1.9 a

Thai-spec car, photo courtesy of Autofun ThailandSeveral dealers across Malaysia have opened bookings for the all-new 2022 Mazda BT-50. It seems that two variants will be offered, and prices start from RM 124,179 for the purported 1.9-litre High Double Cab variant, and RM 143,218 for the 3.0-litre High Plus Double Cab.Australian model picturedSaid dealers also mention that early units are fully-imported (CBU Thailand), and prices quoted are on-the-road sans insurance.Sales and service tax (SST)

Read More
Mazda BT-50
Ahead of Malaysia, all-new 2021 Mazda BT-50 to be launched in Vietnam by end of July

Though the all-new 2021 Mazda BT-50 is expected to arrive in Malaysia later this year, it appears that Vietnamese buyers would be receiving the Isuzu D-Max-based pick-up first, and a lot sooner too.THACO-Mazda Vietnam will be delivering the first batch of the all-new Mazda BT-50 to customers by the end of July. Imported directly from Thailand, Vietnam will be the first LHD market where the BT-50 will be sold.Also read: All-new 2021 Mazda BT-50 launched in Thailand with 14 variants!The Vietnamese

Read More
Mazda BT-50
The cars Malaysians are expecting in the second half of 2021 – Iriz Active, City Hatchback and more!

We’re halfway through 2021 and though it felt like time has been moving quickly to some, others might think that the first half of the year felt like the entirety of 2020 (albeit worse, perhaps?).Despite the persistent lockdowns, the first half of 2021 did at least gave a us a few model launches, from the Toyota Corolla Cross to the all-new Isuzu D-Max. Still, we have 6 more months to go before 2020 2.0 2021 ends.Without further ado, here are some of the cars we think could be launched in

4
Excellent
Based on 2 Reviews
View More 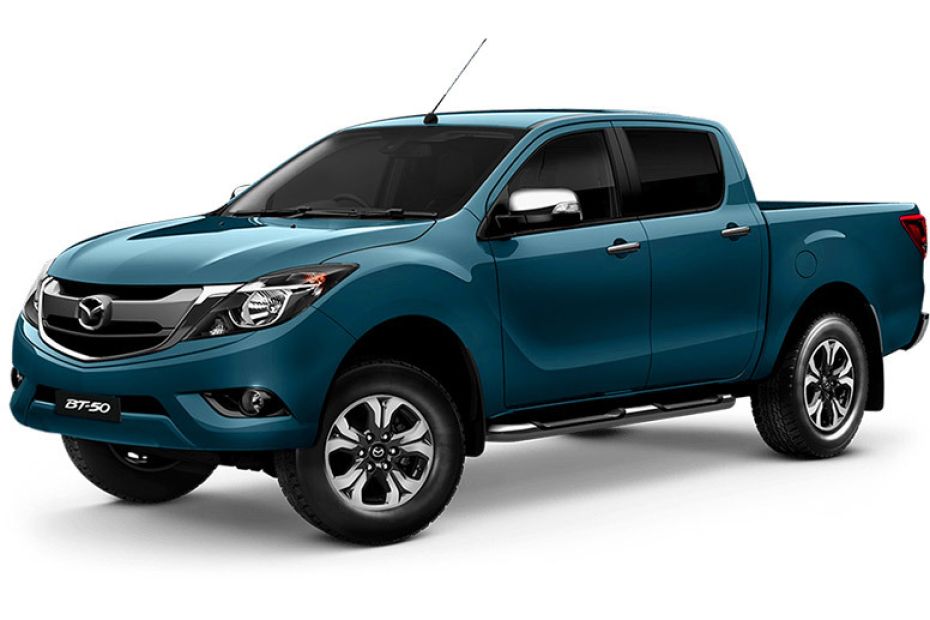