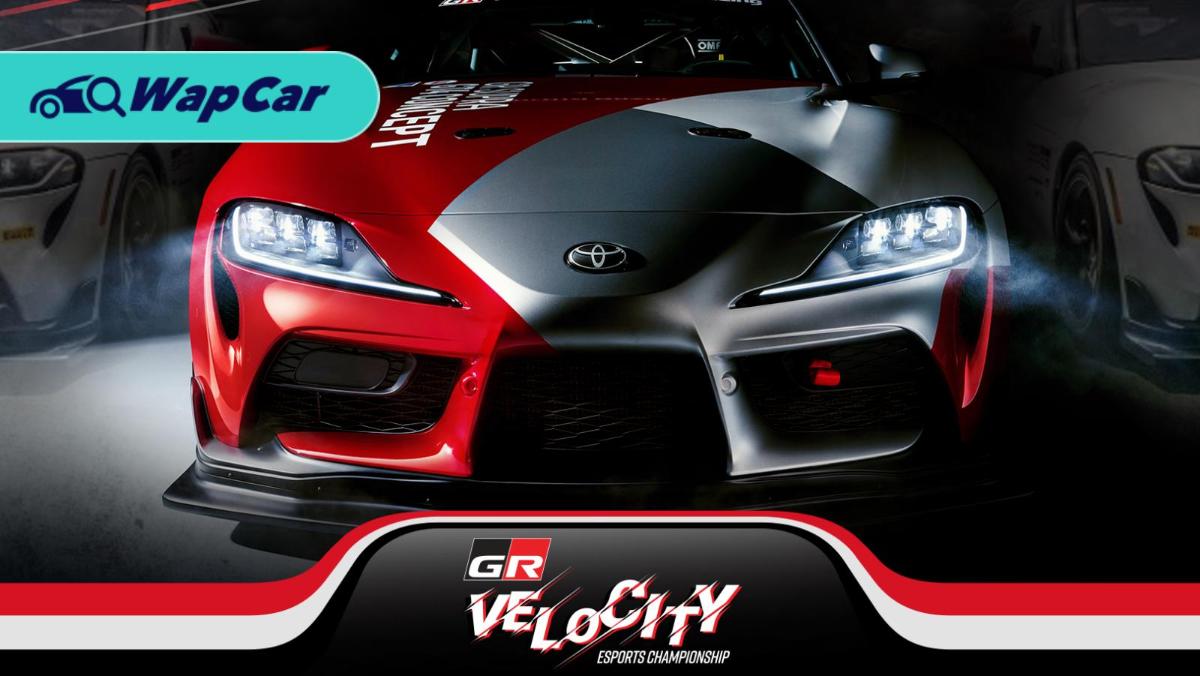 Malaysia’s fastest growing E-Sports motor-racing competition is gearing up for the new season starting in September. The third season of the Toyota GR Velocity Esports Championship will be held throughout the month with an estimated 720 virtual racers ready to take on the grid.

Four qualifying sessions will kick off the season. Participants will have the honour of racing the Toyota GR Supra RZ around the Fuji International Speedway in Japan before advancing to the semi-final where the race will be moved to the Kyoto Driving Park and Suzuka Circuit. 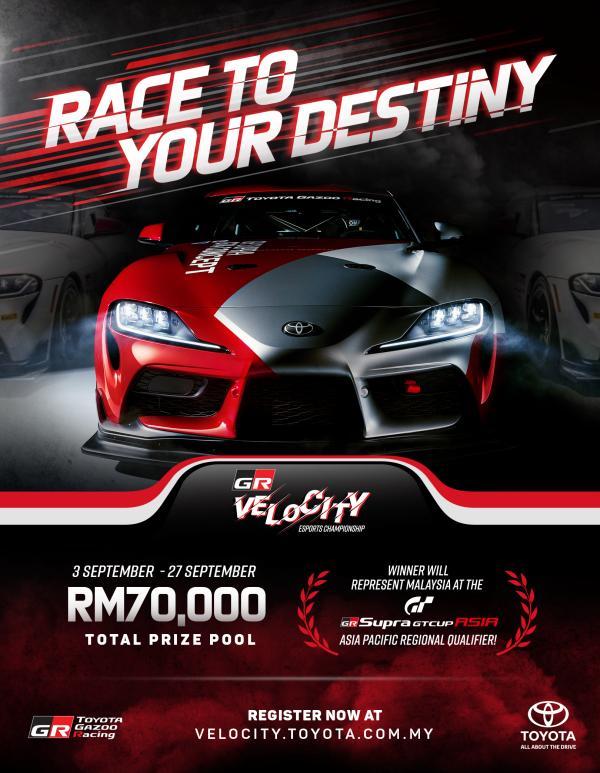 The season will culminate at the grand finale on 27/9/2020 where the battle for the grand prize of RM 20,000 will be decided over four gruelling races. Finalists will have to pilot multiple cars at 4 different circuits.

Billed as the most lucrative and rewarding local online racing series, the Toyota GR Velocity Esports Championship has come a long way since UMW Toyota (UMWT) first waved the chequered flag in 2018. 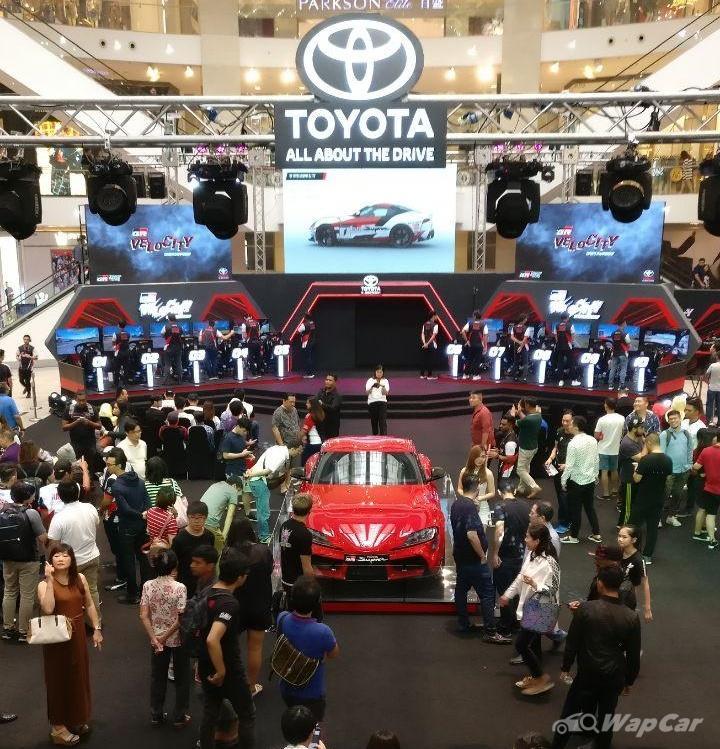 Not only do they have a following of 300,000 spectators, but the prize money has also grown exponentially throughout the years. The top 20 participants can grab a share of the RM 70,000 prize money, while the top 3 winners will also get to bring home additional winnings.

But it doesn’t end there, the top 3 racers will also be representing Malaysia in the first-ever GR Supra GR Cup Asia 2020 regional e-motorsports competition in October 2020.

The event is organised by Toyota Motor Asia Pacific (TMAP) and will see Malaysia’s top 3 virtual racers go up against participants from Thailand, Singapore, Philippines, and India. 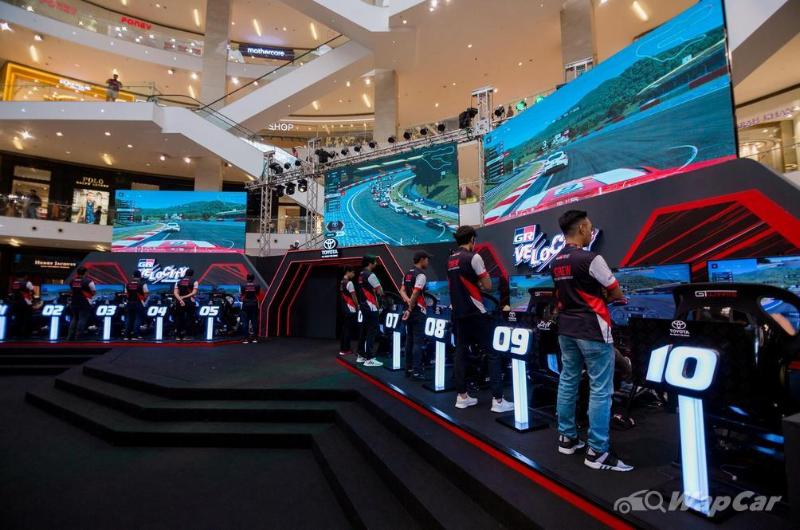 Season 3 of the Toyota GR Velocity Esports Championship will also feature another special event. Racers from the E-Sport competition are invited to join a 10-lap exhibition race against celebrities that are competing in the Toyota Vios Challenge and Toyota Gazoo Racing Festival.

All racers will go head-to-head in a Toyota GR Supra Racing Concept race car at the Fuji International Speedway, while celebrities will pilot a TS050 Hybrid sports car in a 17-lap race at the Tokyo Expressway. 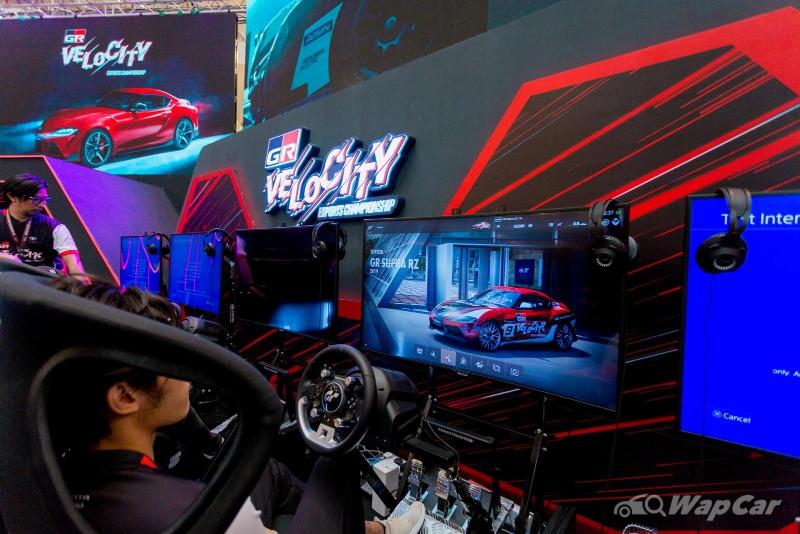 Looks like the celebrities that are involved with the Toyota Gazoo Racing Festival will not miss out on any racing action this year despite the cancellation of the series due to the Covid-19 pandemic. But instead of a decked-out Toyota Vios, they will be racing a simulator.

Miss watching racing and Formula 1 is just a tad too predictable for you? You can still join in and watch the live broadcast of the Toyota GR Velocity Esports Championship online.