HomeNewsUsed car guide: For RM 60k, should you get the 9th Gen Honda Accord?

Used car guide: For RM 60k, should you get the 9th Gen Honda Accord? 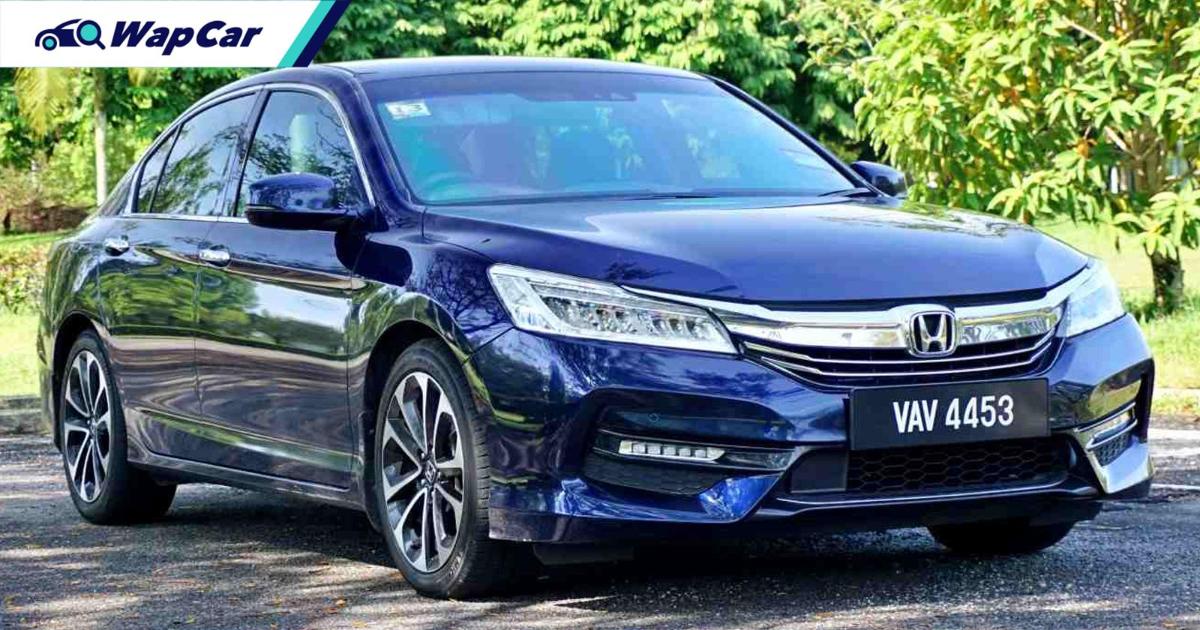 Think D-segment sedans and the first car that comes to mind is most likely the Honda Accord. No surprises here considering how the Accord has been a house-hold name since the 70s and has always been the D-segment sedan of choice for Malaysians.

Even on the used car market, the Accord is a popular choice amongst buyers. But if you’re still wondering if the Accord is worth putting your money down for, here’s a simple guide.

Know which generation of the Honda Accord to get?

With many generations to choose from (yes, there are still fourth-gen Accords on sale), which generation of the Honda Accord should you choose? We recommend picking as new as possible, so look at the eighth-generation or the ninth-generation models.

Not only will you get modern facilities like Bluetooth connection at least, but you will also get safety features that are more up to date then the older cars.

The eighth-generation Honda Accord is better known for its nickname the Accordana. Honda sold the blueprints of the Accord to Proton so the latter could produce the Proton Perdana based on the Accord platform in 2008.

In 2012, Honda Malaysia launched the all-new ninth-generation Honda Accord on our shores with 3 variants on offer; 2.0 VTi, 2.0 VTi-L Advance, and 2.4 VTi-L. Both engine options are mated to a 5-speed automatic transmission.

Though the ninth-gen Accord went on sale 7 years ago, the car still features Vehicle Stability Assist (VSA) or better known as Stability Control. 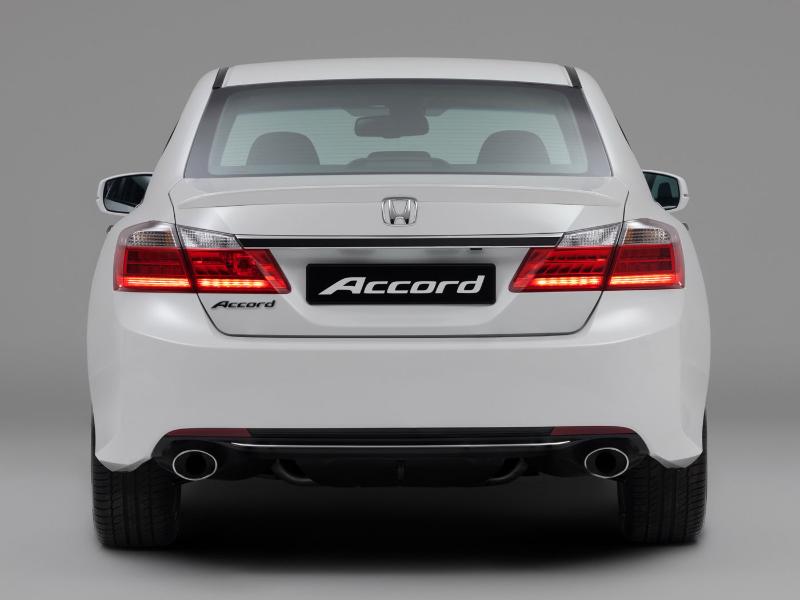 Honda Malaysia introduced a facelift in 2016, the facelift came with 6 airbags as standard across the range, Honda LaneWatch (from the mid-range Accord onwards), power-adjustable front row seats, auto-levelling headlights, and active cornering lights.

The facelift also came with a radically different grille, allowing the D-segment sedan to shed its businessman impression in favour of a sleeker tuxedo-wearing feel.

Another update came in 2017 that added on the Honda Sensing suite of ADAS to the Honda Accord. If you’re looking for a used ninth-gen Accord, this is the version we highly recommend investing on!

Common issues of the Honda Accord

One of the most common issues on the ninth-gen Honda Accord is the flimsy LED DRLs. Since the car is still a rather new model, some units might still have its 5-year warranty intact, so replacing the headlight is not a huge issue. 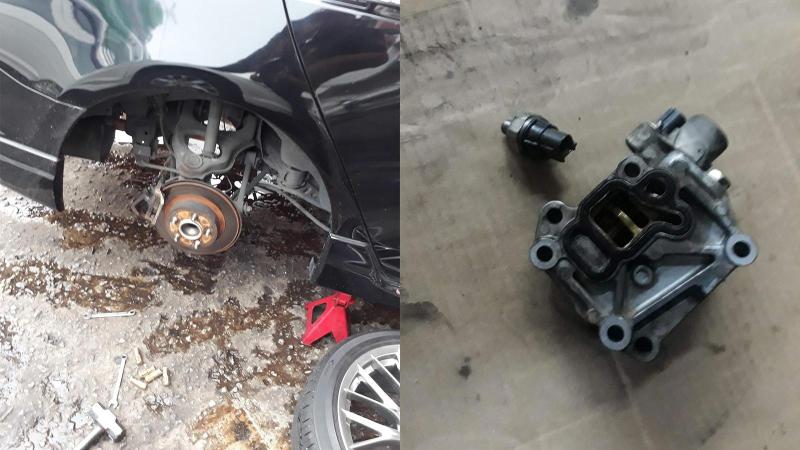 Another common issue on the ninth-gen Accord is the brake disc. This issue is more common amongst the earlier units sold in Malaysia. According to Apeng Impian Auto Service, this issue is caused by a scratched disc. This can be an easy fix as some workshops can just skim the brakes for a smoother surface.

For models that are older than 5 years, owners would commonly advise you to check if the ABS warning light would light up by driving the car for a short distance.

Other issues include heavy vibrations from the engine, a steering rack problem, and a leaky air-conditioning system. Don’t worry, being a Honda, these problems are easily repaired.

How much does it cost to repair the issues?

The flimsy DRL problem might look like a simple issue, but to fix the issue you will have to change the entire headlight. This will cost you at least RM 2,000 to RM 3,000 a pair.

Changing the brake rotors will cost you around RM 300, not including labour charges. This is depending on if you insist on changing your brake discs instead of just skimming the surface of the rotors.

But all things said, this is still a Honda after all, the brand is well known for their bullet-proof reliability. So even with these aforementioned issues, the Honda Accord is still affordable to maintain. 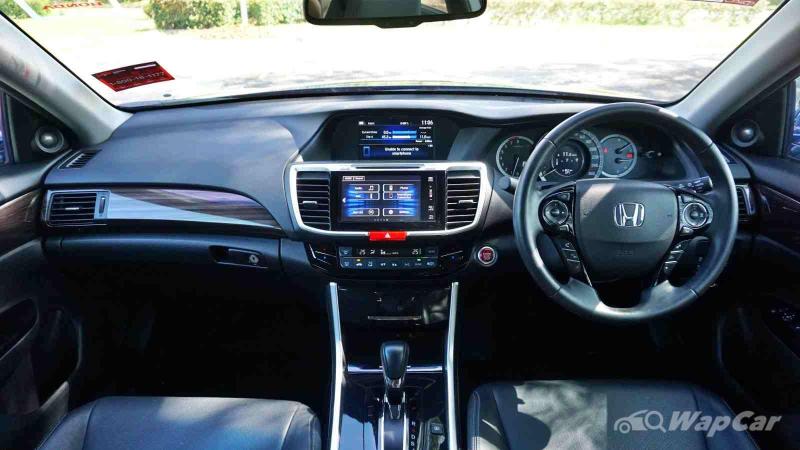 For around RM 40,000 to RM 80,000, a ninth-generation Honda Accord is priced around the same as a lower-spec B-segment sedan. But other than being able to own the latest model, Accord will offer you plenty more space and a more comfortable cabin to boot. 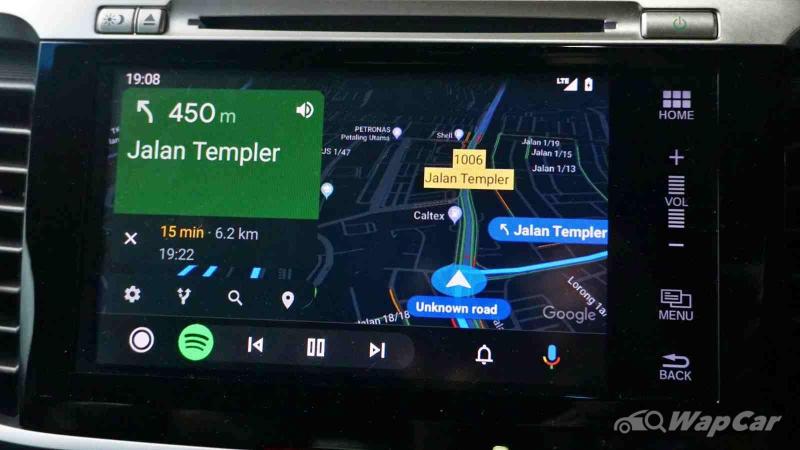 That's not to mention that the ninth-gen Accord also came with Android Auto and Apple CarPlay, so even if you are purchasing an older car, you wouldn't want for more. 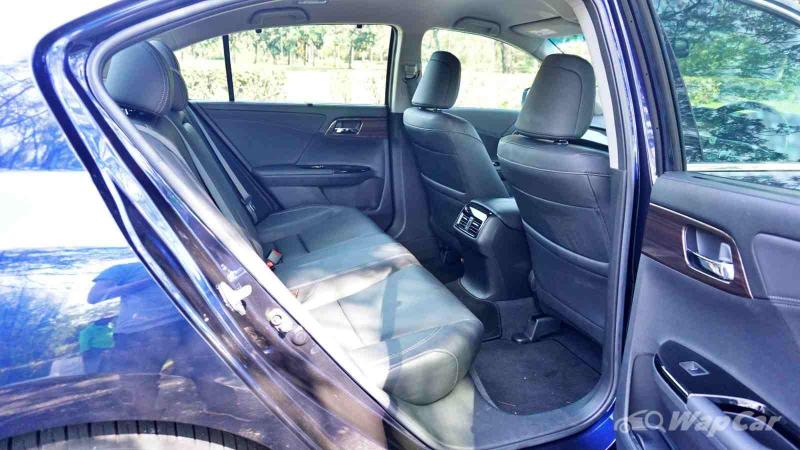 Do remember that the Accord is still a D-segment sedan, so the cost to maintain the car is a little more expensive than maintaining a B- or C-segment car. 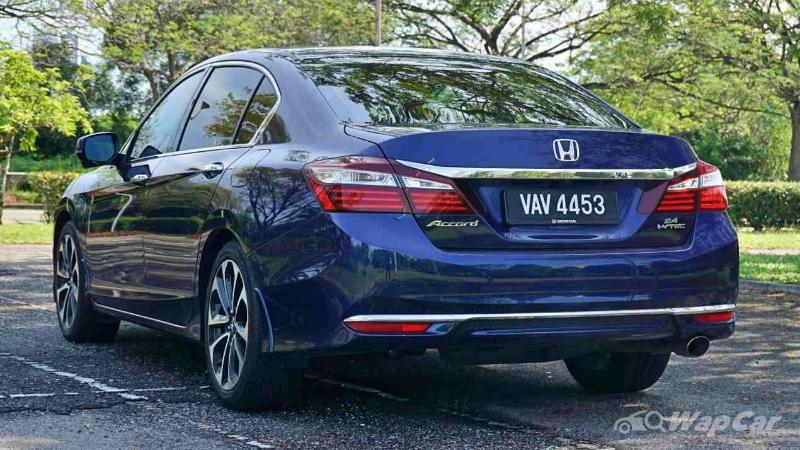 If space and comfort along with driving dynamics is an important factor when purchasing a car then the ninth-generation Honda Accord would perfectly fit the bill without needing to break the bank.