Home > News > Video: Jeep Wrangler rolled over onto its side after hitting barrier in crash test

Video: Jeep Wrangler rolled over onto its side after hitting barrier in crash test

IIHS (Insurance Institute for Highway Safety) is an independent, nonprofit organization funded by insurance companies based in the US. In their latest driver-side small overlap frontal crash test, the 2019 Jeep Wrangler 4-door tipped over onto its side after hitting the barrier. 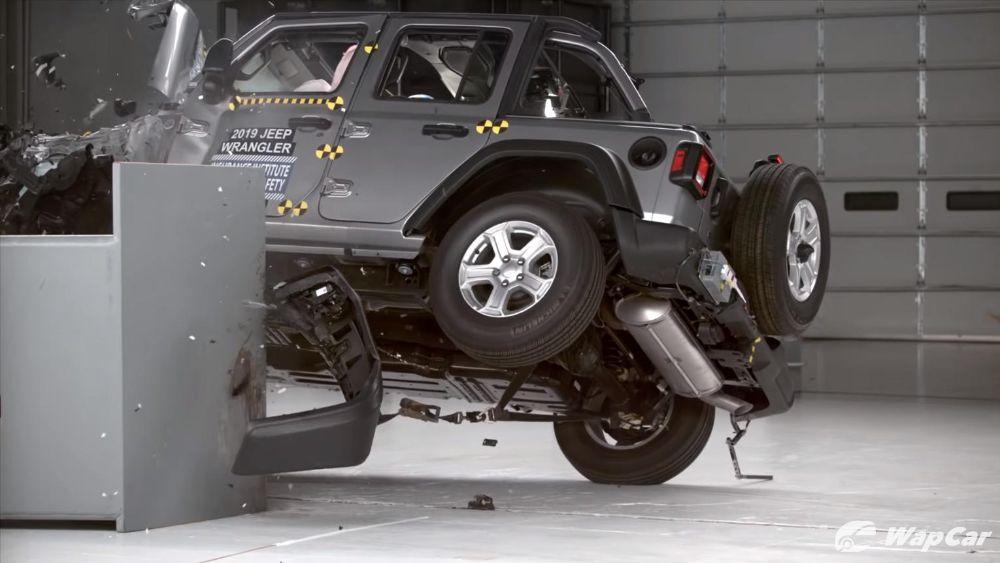 Fiat Chrysler questioned the IIHS on the method of testing after the Wrangler tipped over in the test, and the IIHS agreed to conduct another test using another method which Fiat Chrysler themselves approved. It still tipped over.

The IIHS noted that even partial rollovers like what happened to the Wrangler presents an additional risk injury beyond the measurement of the standard criteria. Tipping over onto its side is not an acceptable outcome for a frontal crash and its rating was downgraded to marginal. The scale ranges from Poor, Marginal, Acceptable and Good in ascending order.