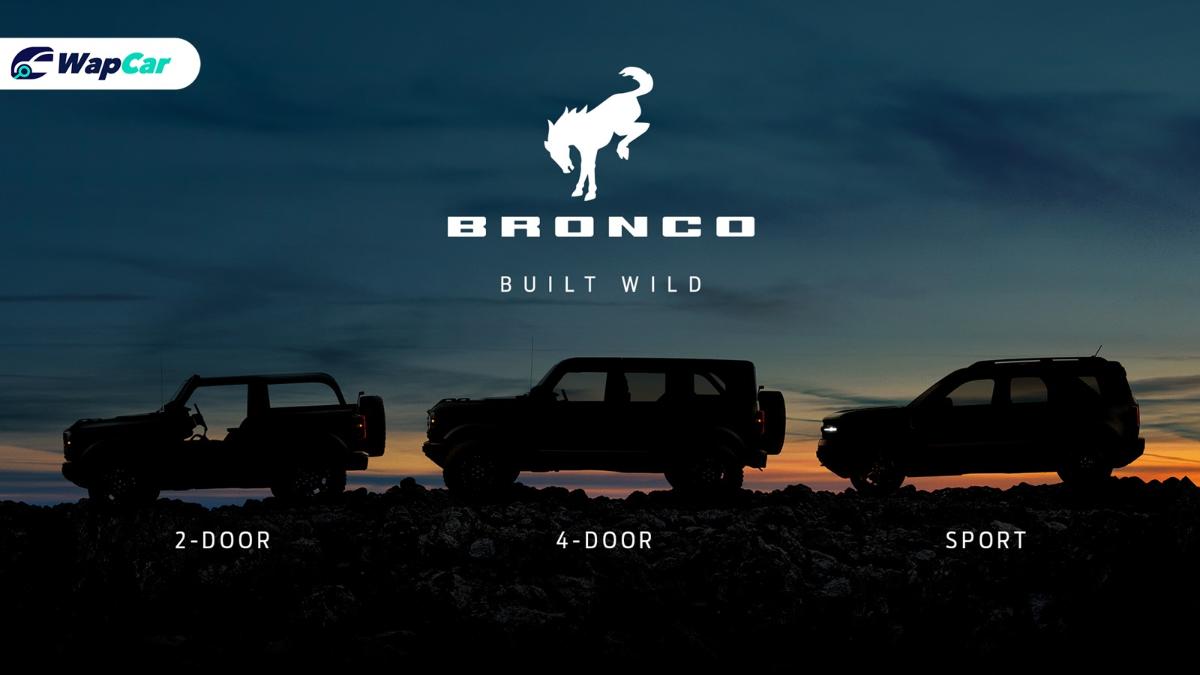 In the lead-up to its 13-July launch, Ford has released information about the upcoming Bronco. This time, it goes beyond just a model in its lineup - the Bronco is now a brand of its own, much like how Jeep is to Chrysler and RAM is to Dodge.

Competing against the top-selling Jeep Wrangler and Cherokee models, the new Bronco range features a two-door, a brand new four-door and a smaller Bronco Sport model. Positioned as ‘Built Wild’, the models hark back to the original 1966 Bronco, with a strong aim on all-terrain driving. Ford aims to achieve this through extreme off-road torture tests and bespoke performance bits.

Ford’s direction with the Bronco brand is to create its own enthusiast community, and they’re going all out with it. For starters, buyers will be invited to ‘Off-Roadeos’, a day out at any one of four Ford-built off-road parks around the United States to familiarise with their cars. Off-road and online, Ford is promoting their Bronco Nation forum and selling merchandise on Amazon - in which part of the proceeds go towards the brand’s stewardship efforts.