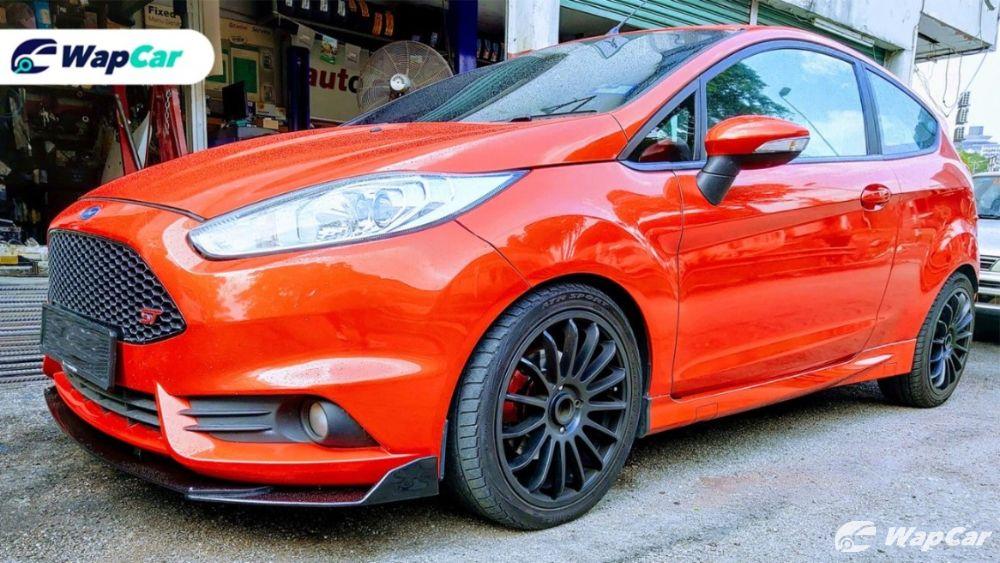 In May 2016, I bought a new but old stock 2014 Ford Fiesta ST180 from Ford SDAC. This is the closest to owning a new car I've ever been. Prior to that my ownership experiences have only been with second, third, and eighth-hand cars. I won't go into why (maybe I'll save that for another day), but yeah, first new car ever. And I named him Bloop the goldfish.

It was thrilling, for once I didn't have to factor in money for repairs because I had bought a car with free maintenance and warranty on parts for 3 years. I couldn’t wait to pick it up.

Prior to owning the Ford Fiesta ST180, I had a Subaru which relieved my wallet of the burden of carrying money. But it did have some power. So this was in a sense a downgrade as much as it was an upgrade.

Think: FWD vs AWD, big turbo vs cute turbo, 4 doors vs 2 door hatch, enough space to make out in vs not much elbow room, I am sure you get the picture.

Living With the Fist 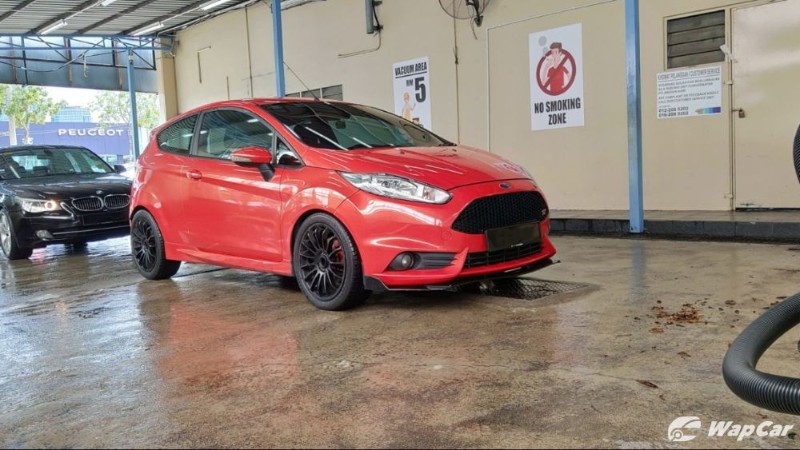 The FiST (2014 Ford Fiesta ST180 shortened to a much cooler name), wasn't very fast, neither was it slow. It came with 180 treadwear grippy tyres that glued itself to the road and 6 manual transmission speeds. It really felt like 2014's version of the car that could, like an EK9 with a B16B which just wasn't as good as a B18C with a 4.785 final drive.

The FiST didn't have the biggest turbo in its super-mini class of car. It didn't even have a twin-scroll turbo. It had an amazing torque delivery low in the rev range but didn't really inspire much at the top. The FiST doesn't even have the most power. But like all plucky great hatches that bark louder than they can actually bite, the FiST is quick around corners. But is that enough?

As a neanderthal posing as a modern motorist, I like things like DSG farts. Big turbos, easily attaining 300hp without changing much. Because it makes cars fun. That's not possible in a 2014 Ford Fiesta ST180. And thankfully so, at least that's what I told myself. DSG gearboxes are unreliable, I told my wife. Overly electronically driven cars with sophisticated sensors and what not are just one more way the car can fail. All valid reasons for a barbarian to sell his wife on a car like the FiST, that is more hammer than precision tool.

It was May 2016, I picked up the 2014 Ford Fiesta ST180 with my wife. We were struggling a bit fighting for centre console elbow room. It was cute but the car was feeling small. I triple checked with the dealership, they said "No need to break-in wan, just drive, here's 100 Ringgers for free fuel." And we were off. I smashed 4 gears on an undisclosed road and felt good about it. The shifts were crisp if a bit long. The engine made a nice noise and I had Spotify Premium on bluetoooooth!

It was January 2018. I had barely used my 2014 Ford Fiesta ST180 at all, for the first 6-months of ownership, the FiST was used sparingly for nightly outings and weekends. I had joined the Ford ST group by then but driving in groups wasn’t really happening, so I had barely tickled the potential of my car. In the time from May 2016 to January 2018, I had lost many cheeky light-to-light or toll-to-toll drags. I was not impressed, and the more I got beaten by a DSG fart (an audible reminder to always fart in the direction of your enemy), the more envious and frustrated I felt. But that was about to change. I was going to join a huge drive with a myriad of cars in attendance. This month, that day, in the morning, I was going to find out if the FiST was legit. Only to be let down by the one factor I hadn't considered... Me. 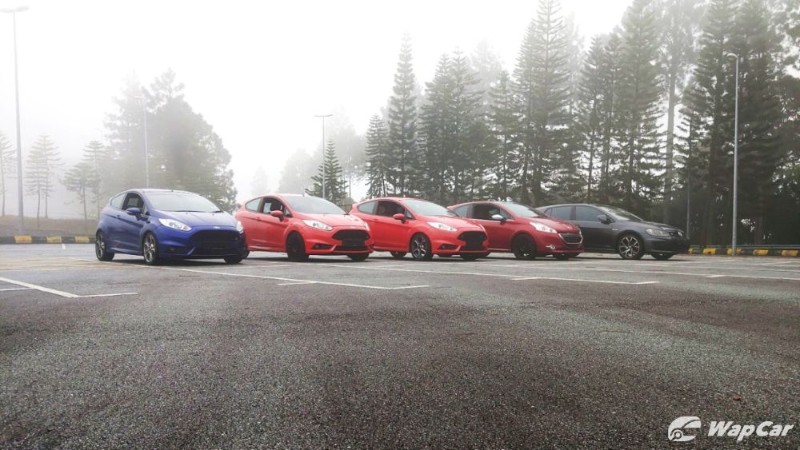 The brute behind the wheel couldn't use his 2014 Ford Fiesta ST180 to its full potential. Consistently being left behind by other Ford Fiesta ST180s who were easily flung into corners at speed. Tailgating and pushing other cars with more power into relinquishing their place in the pecking order. It was inspiring. I endeavoured to improve!

It was April 2018, I had been bitten by the bug. Normally, I don't do groups, I found them to be pretentious and not very open-minded about the consideration of other cars. But this group, I can drive with. We headed out on the road, it was a really big group. Lots of fast cars. And us. A few Fords. 2 Ford Focus ST's and me, in Bloop. I am learning to be fast not just on the straights but between the straights, too. All those years of playing Gran Turismo are finally coming to some use. But there are Mercedes-AMG A45's and Volkswagen Golf R's in the group. I couldn't help myself, I began to wonder if...

Bloop and I were fast enough, for everyone else. But not when it came to being elite. This is what hyperhatches do to you. They can smash you mid-corner and on the straights. And I am starting to wonder if the 2014 Ford Fiesta ST180 is the right car for a 39-year old. But I eventually found a way and started to keep up with the other super-minis on the road and even smell some hyperhatch DSG farts. The 2014 Ford Fiesta ST180 really is the car that could, leaving people wondering "how?" Ego boost +10.

It's time! I tune my 2014 Ford Fiesta ST180, upgrade to coilovers, change my rims and do a series of small quality-of-drive mods. I am going to take the 85% and make it into 100% engine potential. The FiST is quick. Normal untuned Volkswagen Golf GTi's need fear me, yes, grocery getting mom who cares not for speed, I am so fast and I'm racing you. Even more people are taking notice. They've never seen such a thing on the road. They just assume I am in a 2014 Ford Fiesta S. They're wrong. Even when they are faster, they're still wrong, too bad I am too slow to let them know. Still, I wanted them to know, staring into the distance I cry out "Notice me sempaiiii!" 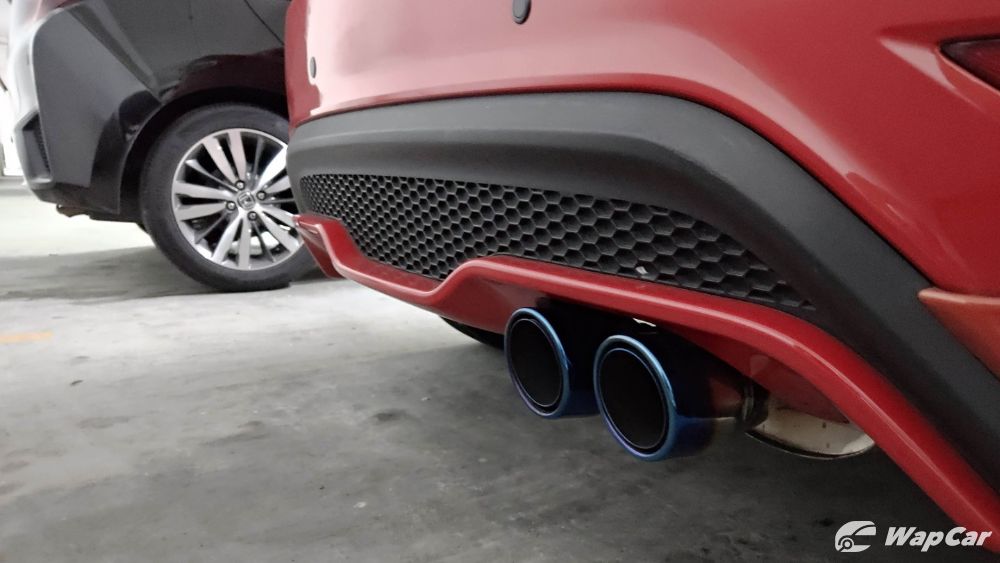 All the while, if you checked my mudah search history, you would learn the sad truth, I had been cheating on my 2014 Ford Fiesta ST180. Dreaming and drooling over the hyperhatches the FiST isn't. In my time away from the driver's seat, I feel inadequate. My friend has an Mercedes-Benz A250. It's slower but looks so much cooler. I feel small, I say this weighing 100kg and standing 178cm tall.

But everytime we hit a twisty road, I don't want to be in another car. My Scooby couldn't do what Bloop does. And neither can the other cars and drivers. The problem of owning the FiST is to live in a dichotomy. To love its handling and performance when you use it, but to drive normally and have no one care about something you know is so special. To them it is a problematic Ford Fiesta S, to you, or me, it's a reliable performance hatch that is amazing to drive near the limit, cocking a rear wheel in the air while tackling a corner.

It's 2020. It has been 4 years of owning Bloop. 4 years of learning Bloop. 4 years of appreciating everything Bloop does well. 4 years of memories driving, going fast, making people wonder out loud. 4 years of building friendships with other owners. 4 years of reliable 200whp performance with few niggles to even complain about. 4 years of wishing I had bought something else every single time I leave Bloop in my parking spot. and 4 years of feeling guilty when I look at Bloop. Because Bloop is a handsome goldfish and deserves someone who loves Bloop all the time not just some of the time. 4 years of no regrets. Here's to 4 great years. Goodbye Bloop. 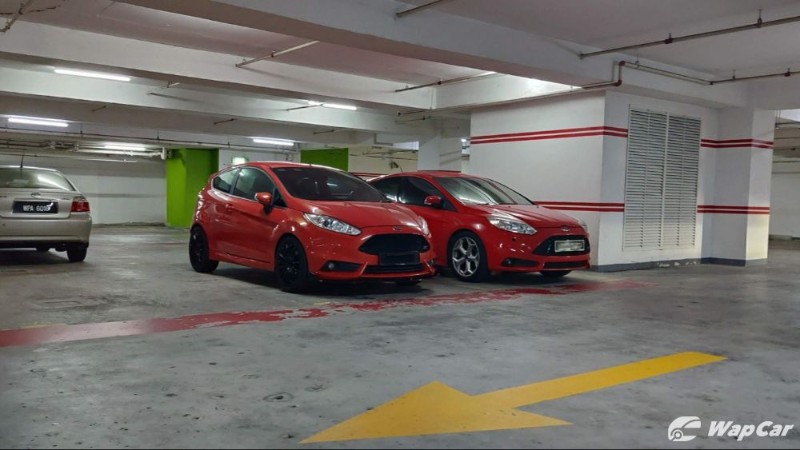