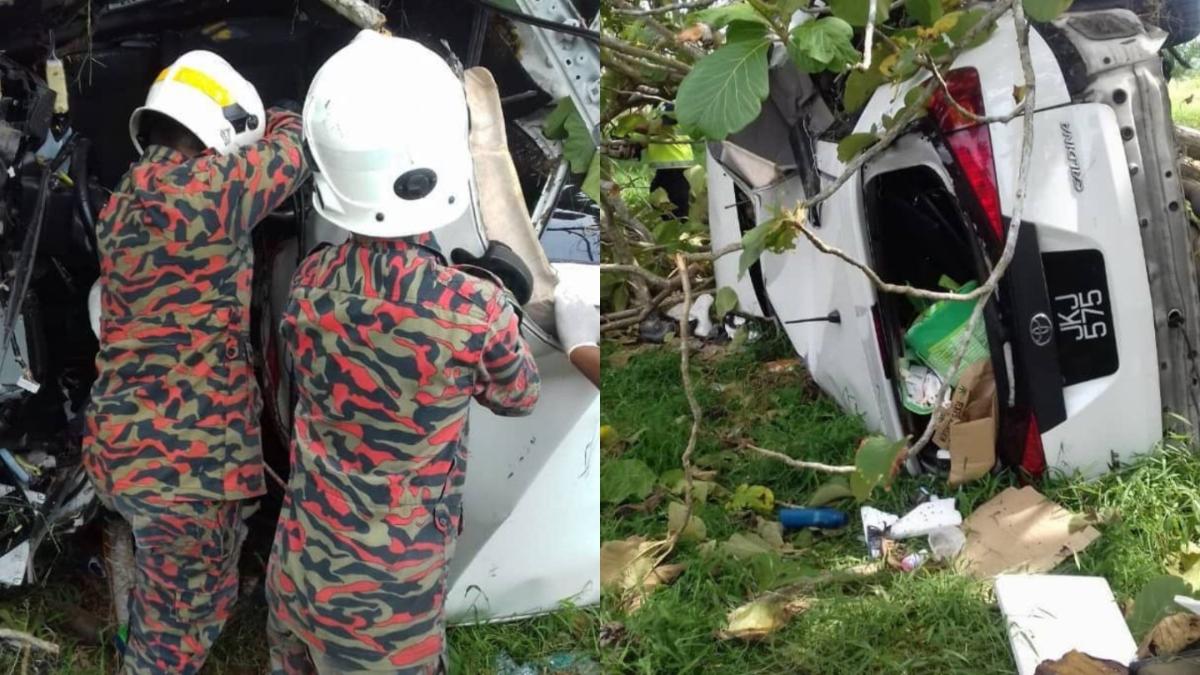 As Malaysians begin their balik kampung journeys, news about highway accidents have started surfacing. Images of an overturned Toyota Caldina surfaced on social media accompanied by captions that 2 injured boys were found pinned down in pain 12 hours after the accident happened.

According to authorities, the accident that happened along the Plus Highway near Kulai was caused by a blown rear tyre, which caused the car to crash in a ditch instantly killing the driver, Herry Mohd Ali, and his wife Khairrunisa Azman. The couple’s two sons, however, survived after they were thrown out of the car. 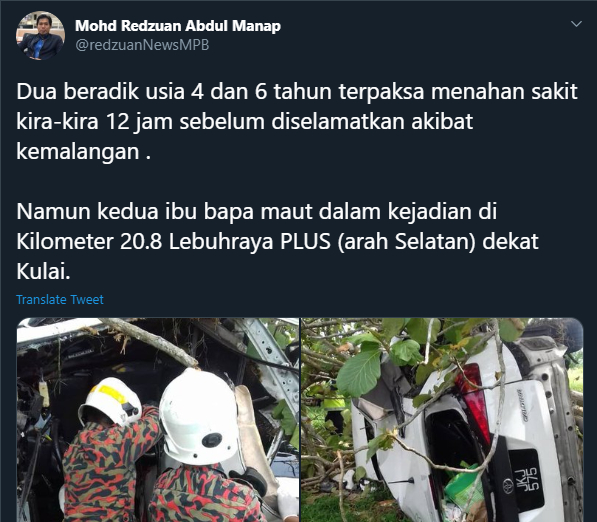 Though the carnage was only discovered the next day at 10am, the accident was estimated to have happened at 11pm the previous night. The two boys were believed to have been pinned down and in pain for 12 hours before rescuers found them and rushed them to Hospital Kulai for immediate treatment.

The family was heading from Muar to Johor Bahru when the accident happened. Unfortunately, the driver lost control of the car before ending in a ditch 100 m away from the shoulder of the road, making it difficult to spot the car until daylight came.

The accident is now under investigation by the Kulai Search and Rescue department.

We convey our sincere condolences to the family.