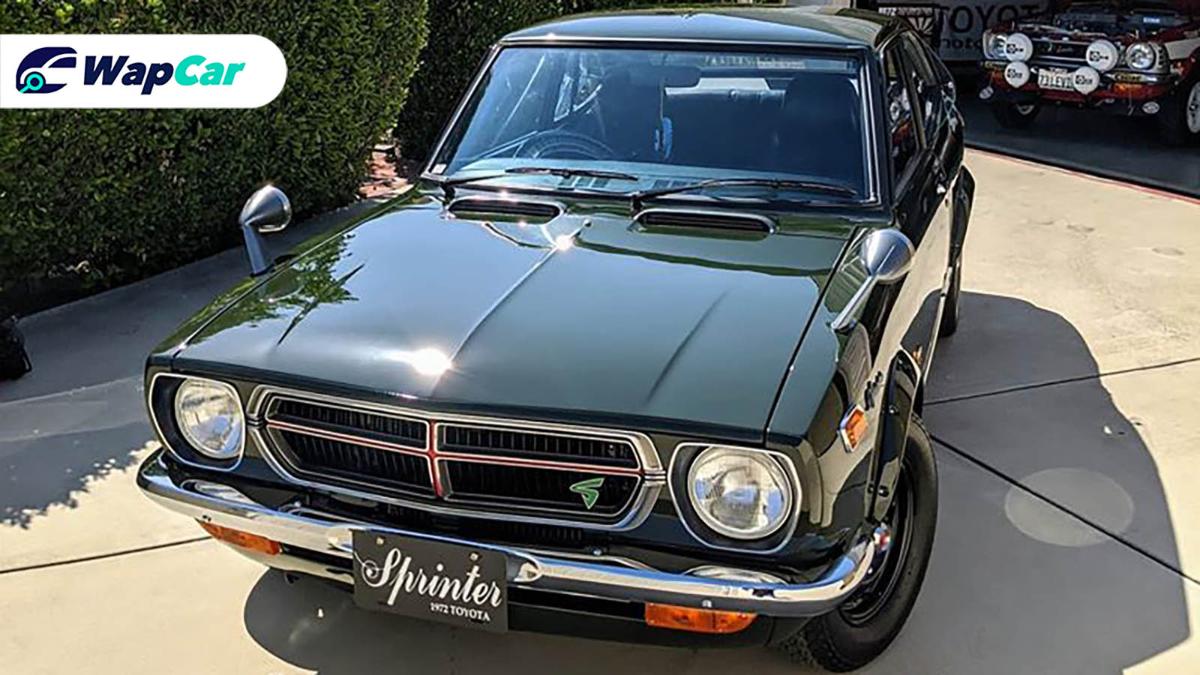 Since 1966, the Toyota Corolla nameplate has been one of the most enduring models in the brands' line-up. It is the best-selling model in the world, the most famous Corolla being the AE86 Sprinter Trueno, made famous by the manga Initial D. 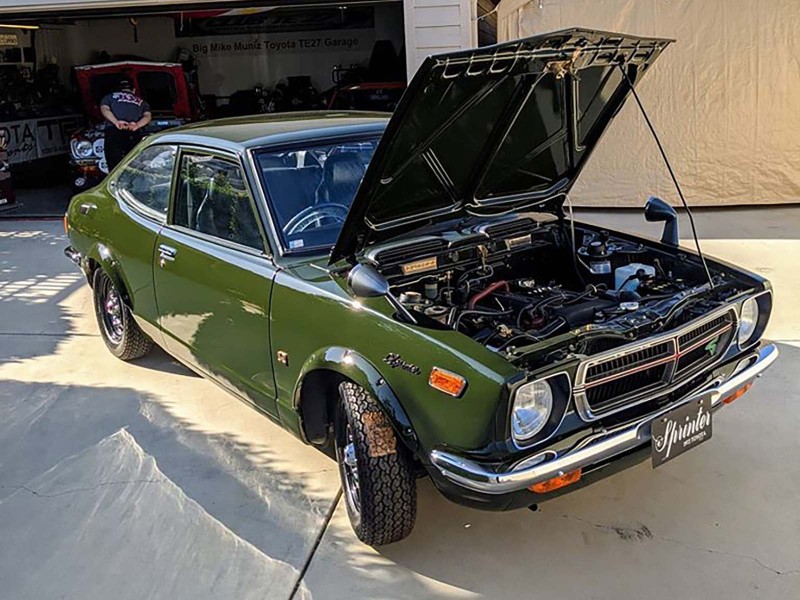 But did you know, it wasn't Toyota's first Corolla Sprinter Trueno model? That's right, the car you see right here is the AE86's predecessor, the TE27, and this is the first Corolla model to get the Trueno and Levin (Thunder and Lightning respectively in Spanish) names. 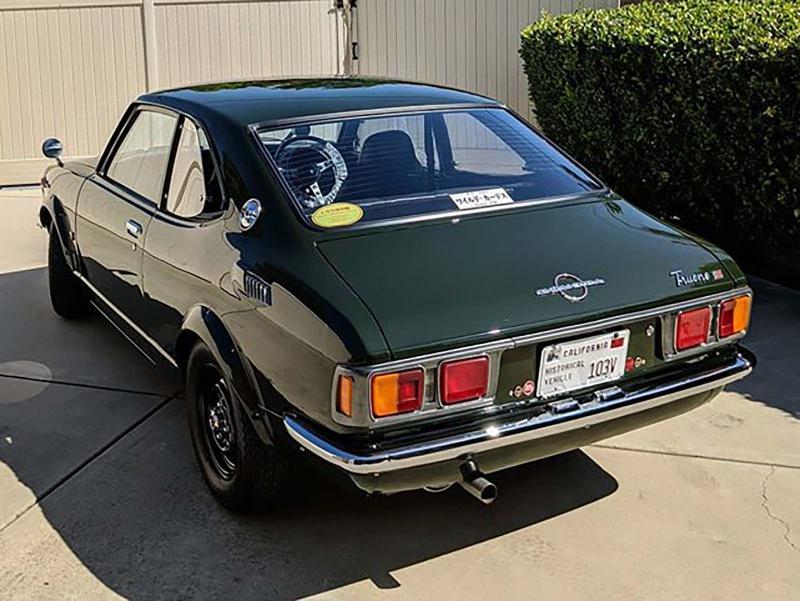 This Daytona Olive example belongs to one Big Mike Muniz, who is known as "the Corolla guy". This restoration took him 6 years to complete. Just look at how painstakingly well restored this Trueno is. From the engine bay to the immaculate bodywork, you can see Big Mike's attention to detail when it comes to TE27s (this is not the only one in his possession). 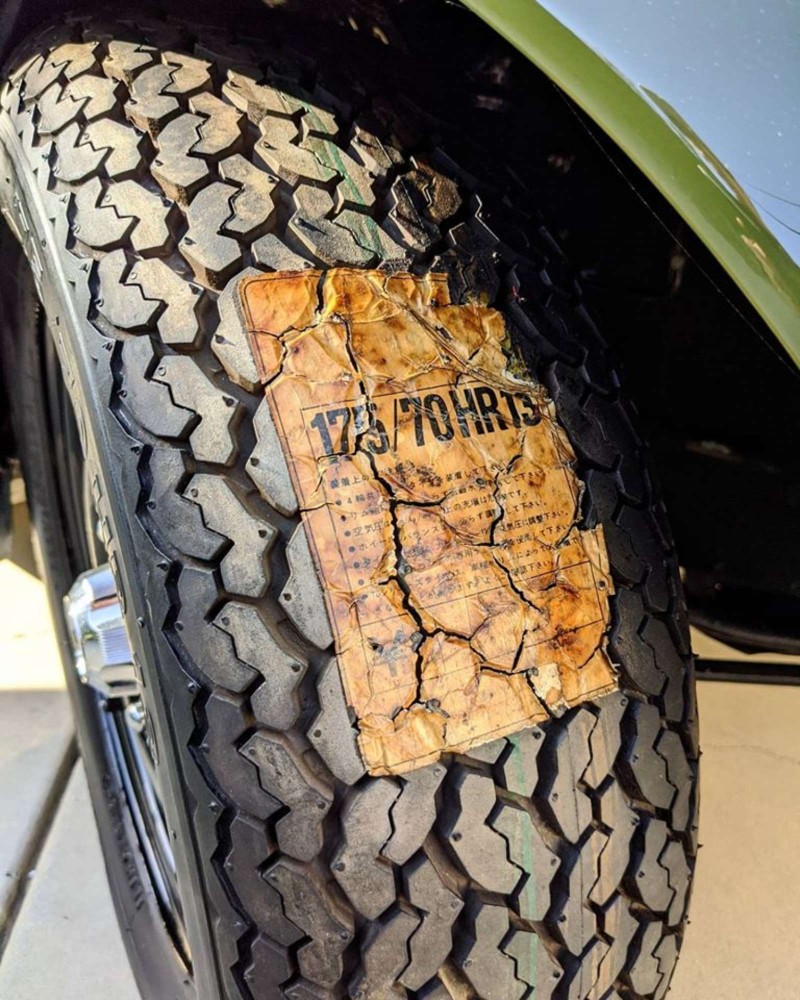 Just how factory-fresh is this particular car? Well, somehow Big Mike managed to find a set of brand new, factory-spec Bridgestone RD-102 tyres with the stickers intact! Oddly enough, Toyota vacuum sealed this set back in 1972 in Japan. 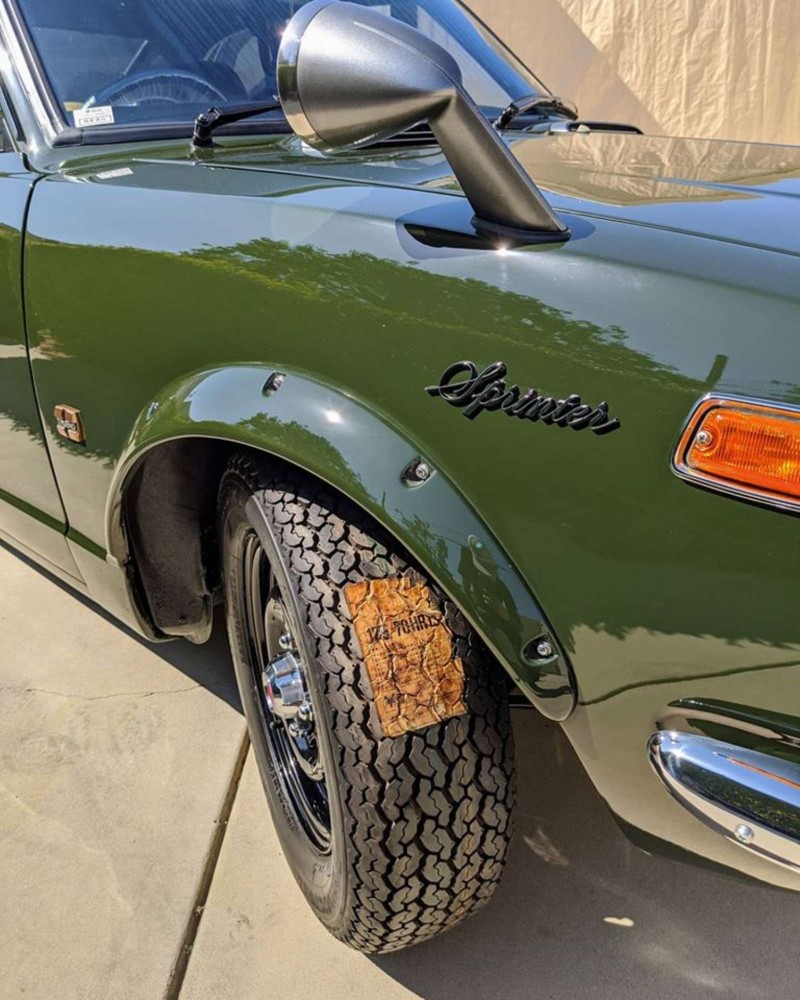 Muniz only managed to find this set of tyres because his friend worked for the Toyota Automobile Museum. When his friend saw the Muniz's restoration project, he gave the tyres to him.The car doesn't roll on these tyres, as they are only for shows. When they are not on the car they get deflated and vacuum sealed again for the next show. 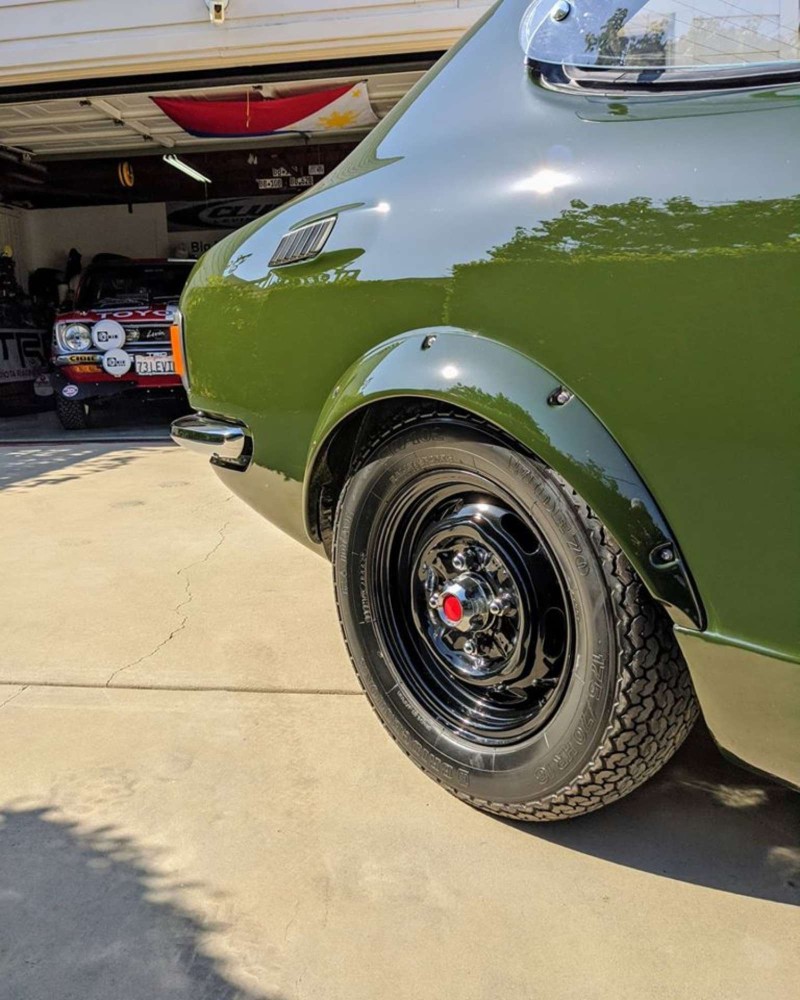 Every single part on this car, is either new or lovingly restored. Big Mike even managed to source door panels with the original factory plastic still on them. The engine is a period-correct 2TG unit, and even that looks like it just rolled off the factory floor! Essentially, what we have here is a brand-new, 50 year-old car. 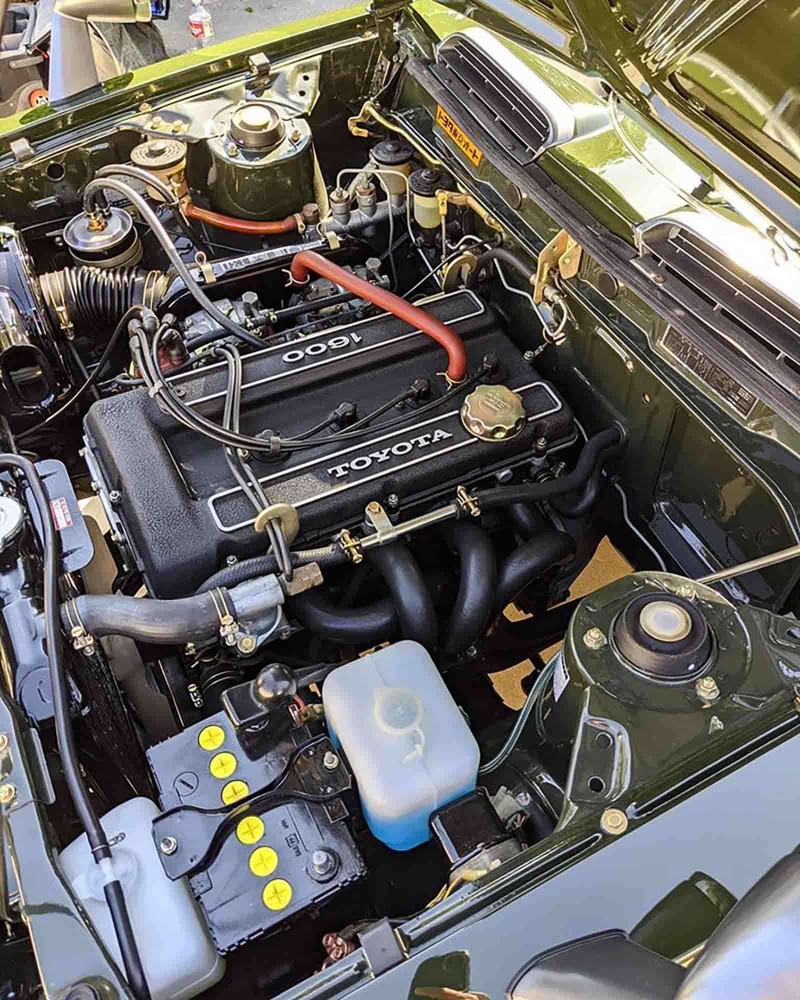 Alas, it's a brand-new, 50 yea-old car that you cannot buy. Muniz says his car is not for sale at any price. And, when he finally passes on, this TE27 will be donated to the Toyota Automobile Museum to be archived. What a man, what passion and what a car.