Home > News > The Mercedes-Benz CLS wasn't the first 4-door coupe, but it helped revolutionise it

The Mercedes-Benz CLS wasn't the first 4-door coupe, but it helped revolutionise it 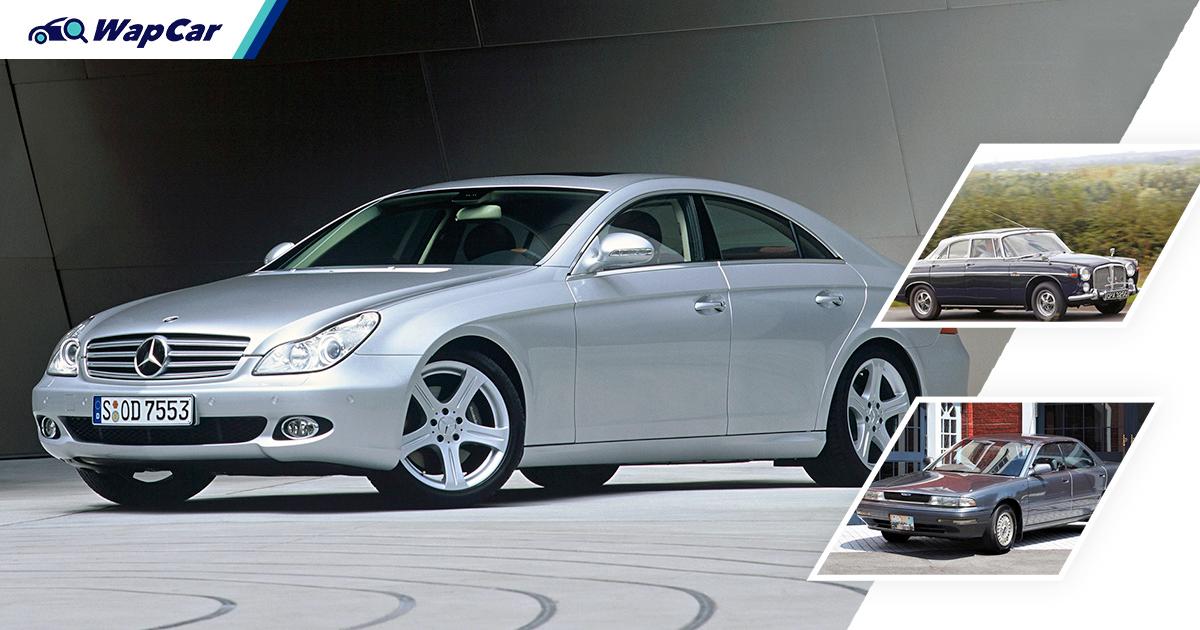 Nearly two decades ago, at the 2003 Frankfurt Motor Show, Mercedes-Benz unveiled the Vision CLS concept car, and the automotive world was infatuated by its beauty.

Mercedes-Benz was so proud of its concept that combined coupe and sedan into one, it declared that it had “created a milestone in automotive history” in its official press release. 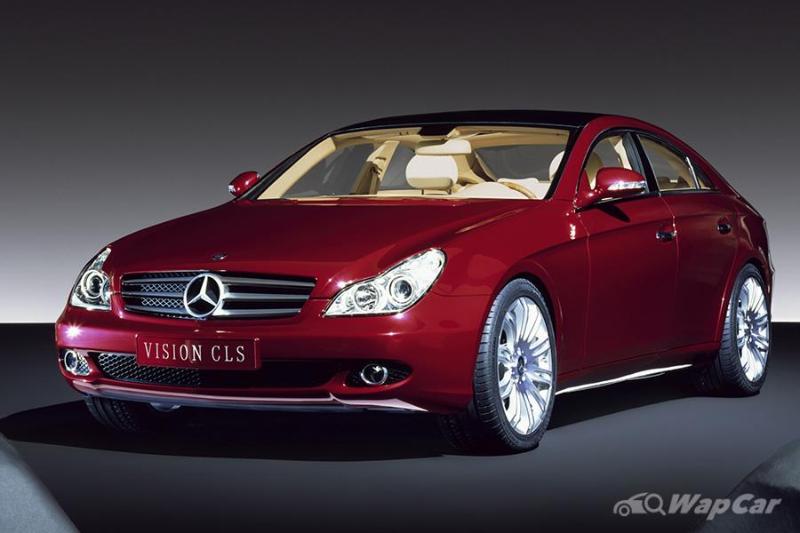 While the production CLS did eventually pave the way for rivals (and Volkswagen) to launch their own version of a 4-door coupe, Mercedes-Benz wasn’t the first to introduce this idea to the world. 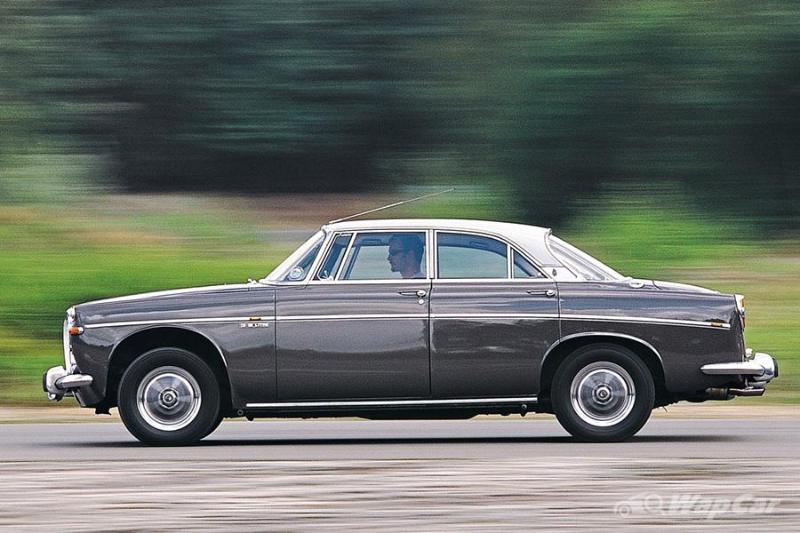 In fact, it was a British carmaker that unveiled this combo of merging sleek coupe style with a traditional 3-box design forty years earlier. Even in the years between this and the CLS' debut, the design wasn't quite forgotten. 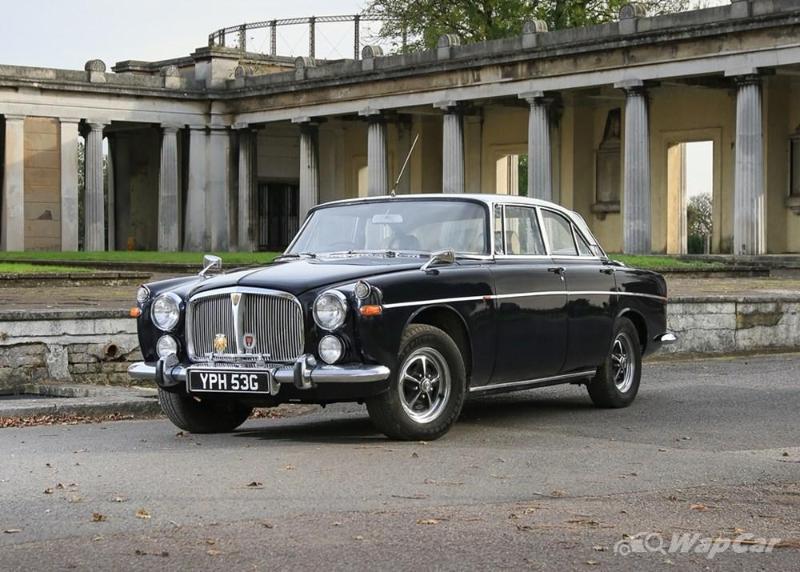 Rover is long dead and gone but, in its heyday, the British carmaker was placed on the same pedestal as Mercedes-Benz. There have been numerous iconic models from the brand but possibly its best was the Rover P5.

Introduced in 1958, the Rover P5 was seen as the quintessentially British gentleman’s car with enough luxury equipment to make it as great as a Rolls-Royce. Yet, the P5 cost a fraction of the Spirit of Ecstasy.

When it came time to release the Mark II with a more powerful 3-litre engine, Rover introduced the first-ever 4-door coupe in 1962 with the P5 Coupe. The roofline was lowered by two and a half inches (63.5 mm) and it had thinner B-pillars. 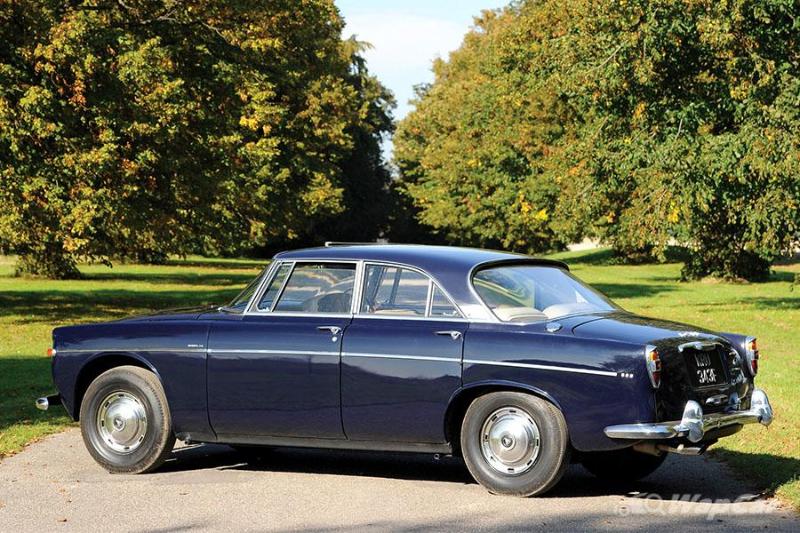 Apart from that, the P5 Coupe looked similar to its sedan twin. Nevertheless, the Coupe was considered a niche addition to the P5’s line-up as most buyers still preferred the standard sedan.

The P5 itself served as the official car for the British Prime Minister from the 1960s up till the 1980s. Queen Elizabeth II is said to own a few Rover P5s which she personally drove and reportedly enjoyed. Sadly, Rover would not repeat its peak when its parent company British Leyland fell into disarray.

The hardtop revival of the eighties

Though the Rover P5 Coupe was considered the first four-door coupe in the world, its hardtop style was a trend with American cars a decade earlier. However, you probably might not consider the massive land yachts as coupes.

With the Rover P5 ending production in 1973, the 4-door coupe design was somehow forgotten until the eighties.

As Japan faced an economic boom that propelled it to become the second richest economy in the world, the average Japanese salaryman wished to upgrade their regular Kei cars for something bigger.

Also read: Hot like wasabi – The Kei hot hatches of the Bubble Era

For most Japanese yuppies, they wanted something sporty and luxurious. The decade saw the rise of hardtop sedans being offered by Toyota, Mazda, and Nissan. The Mark II, Luce, and Laurel would be nameplates that defined a generation.

Still, it remains a debate on whether these hardtop sedans can even classify as a 4-door coupe because while many of them came with pillarless doors, their overall shape remained more sedan than coupe.

Some might even claim that the Nissan Leopard J Ferie was a 4-door coupe but that might be taking things too far. If there is a proper four-door coupe among this sea of hardtops, only one fits the bill.

That model is the Mazda Persona. It was a rebodied fourth-gen Mazda 626 underneath so it was essentially front-wheel-drive. However, if you take a look at the design, it fits the coupe style. 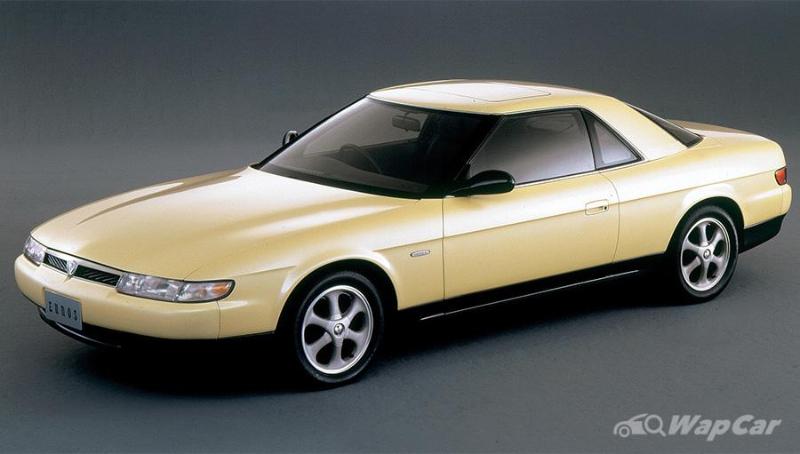 It featured pillarless doors like a traditional hardtop but it also has a very sleek style that is reminiscent of a coupe. In fact, its design would later be carried on to the Eunos Cosmo.

The Persona competed against the likes of the Toyota Carina ED, Nissan Presea, and the Mitsubishi Emeraude. These models were smaller hardtop sedans that tried to bring the trend to a more affordable market but none looked as sleek as the Persona.

Needless to say, they were flops as the Japanese Bubble Era was about to burst. Though these smaller hardtop sedans did not reach the same recognition as their bigger counterparts, that shouldn’t deny the Persona as being a candidate as a 4-door coupe.

A hard claim to swallow 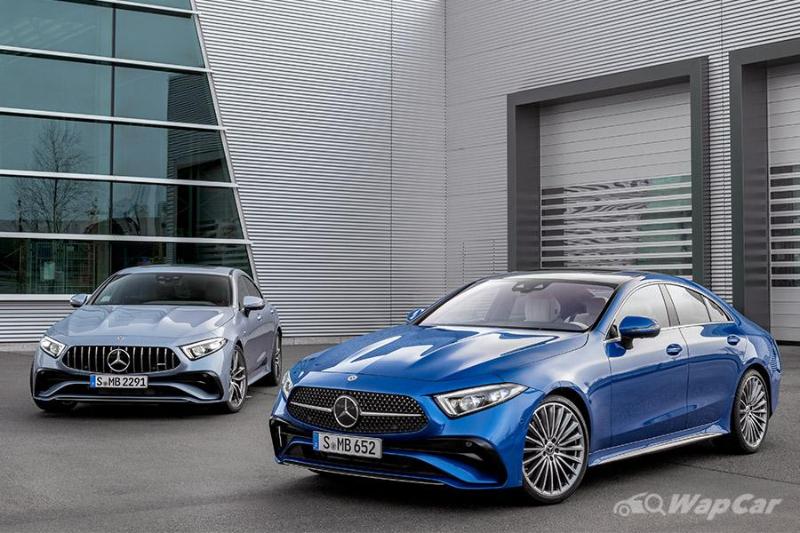 Just like how BMW did not invent the SUV-coupe, Mercedes-Benz’s proclamation as being the creator of the 4-door coupe is technically false. But the CLS helped to keep the ball rolling for the four-door coupe.

When the CLS was officially unveiled for production in 2004, it set the automotive industry alight. Unlike the Rover P5 and the Mazda Persona, the CLS was available globally so it was essentially the most recognisable 4-door coupe in the world.

It didn’t really matter for buyers that it only sat 4 people, had less boot space, and cost more than the E-Class which it was based on. It was sexy and sex appeal wins even if the car essentially has no gender. 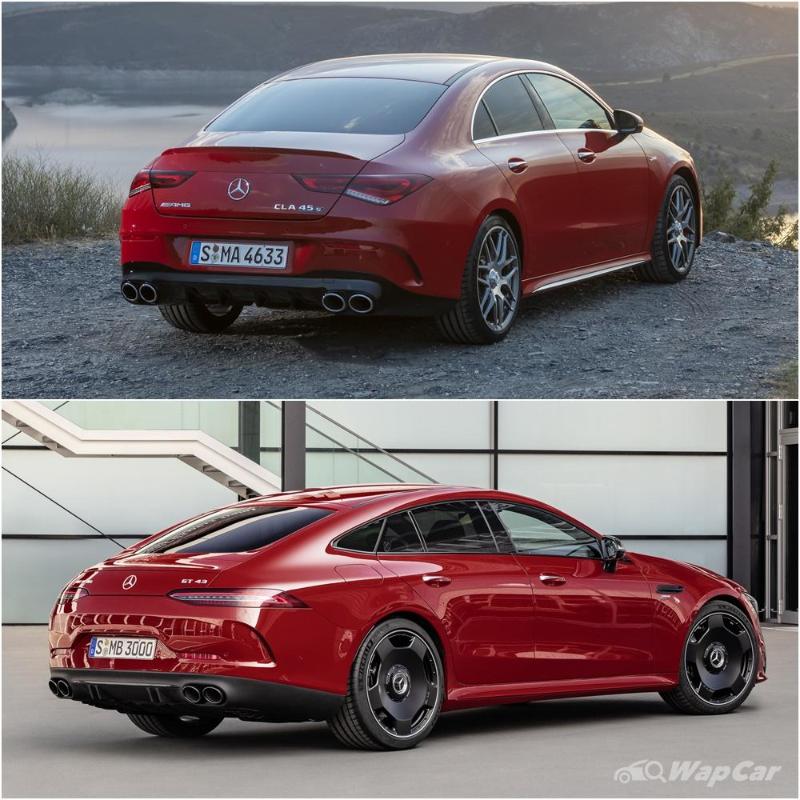 Mercedes-Benz saw an opportunity in this segment by later offering the smaller CLA-Class as well as the insanely quick Mercedes-AMG GT 4-door. 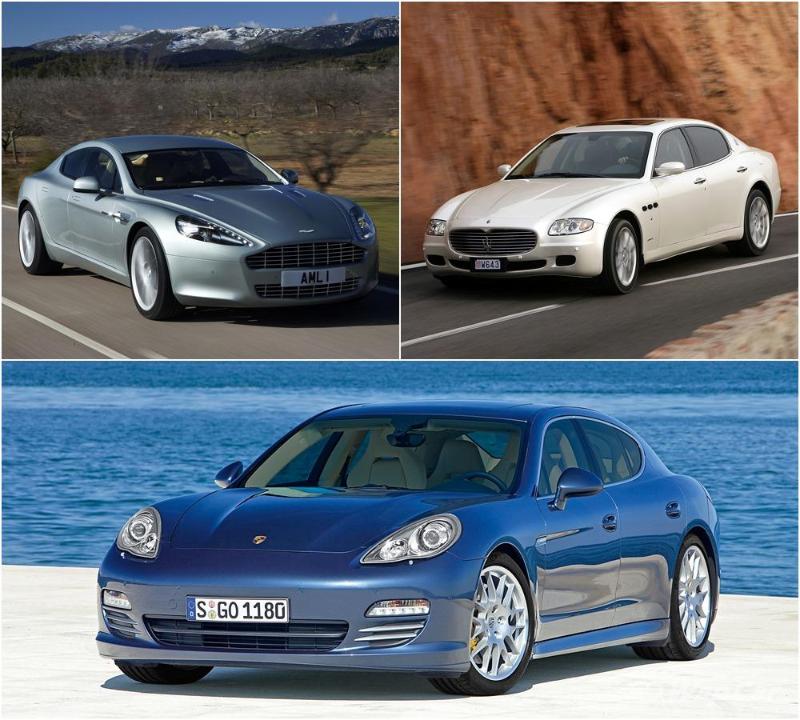 Other carmakers tried to emulate Mercedes-Benz’s recipe to mixed success. The original Porsche Panamera was criticised for its looks while the Maserati Quattroporte and Aston Martin Rapide injected their own sexiness into the segment. 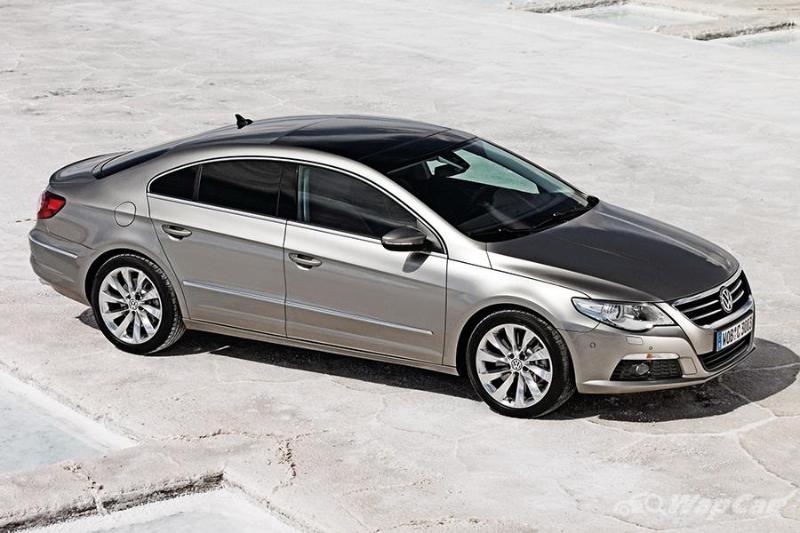 The design even crossed segments when Volkswagen took a stab at it with the Passat CC in an ambitious attempt against the three-pointed star. That eventually evolved into the brilliant Arteon.

Also read: Volkswagen Arteon is RM 130k cheaper than the Audi A5 Sportback, but better? 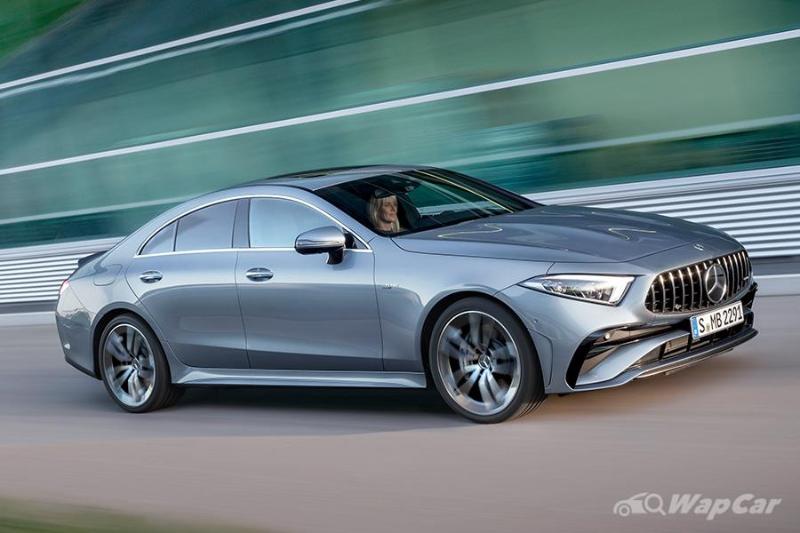 Even as carmakers are killing traditional sedans as buyers become more in favour of crossovers and SUVs, it’s very likely that the sportier and sleeker 4-door coupe will continue on. 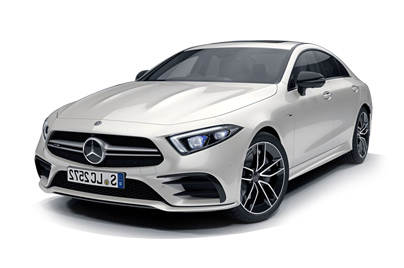