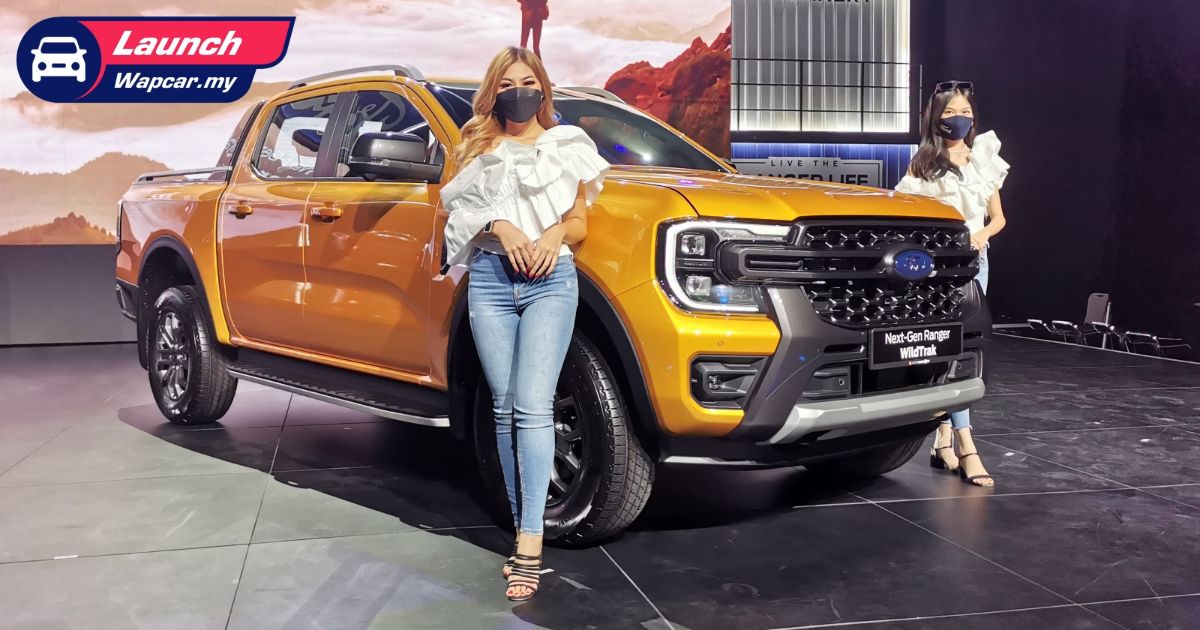 For Malaysia, 6 double-cab variants are available with the following prices:

Prices are on the road, sans insurance 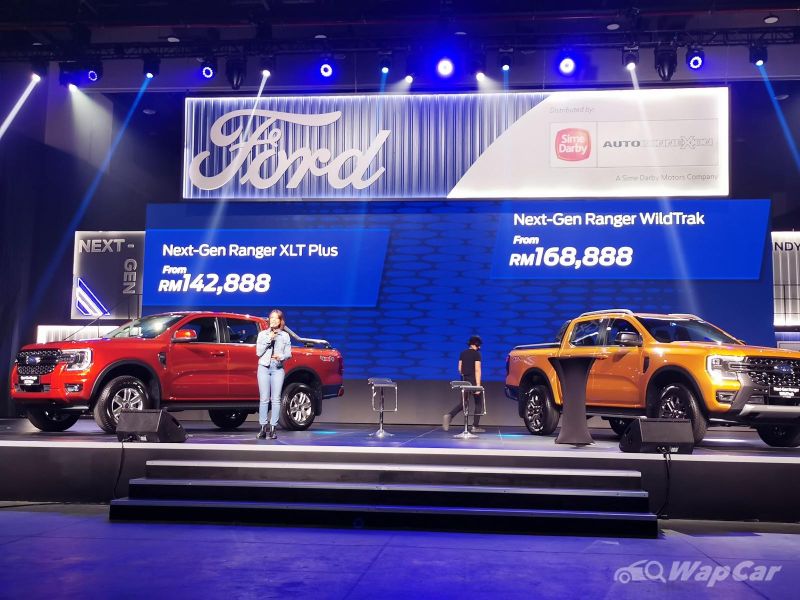 If you are wondering the Ranger Raptor, that will come in Q4 of this year. 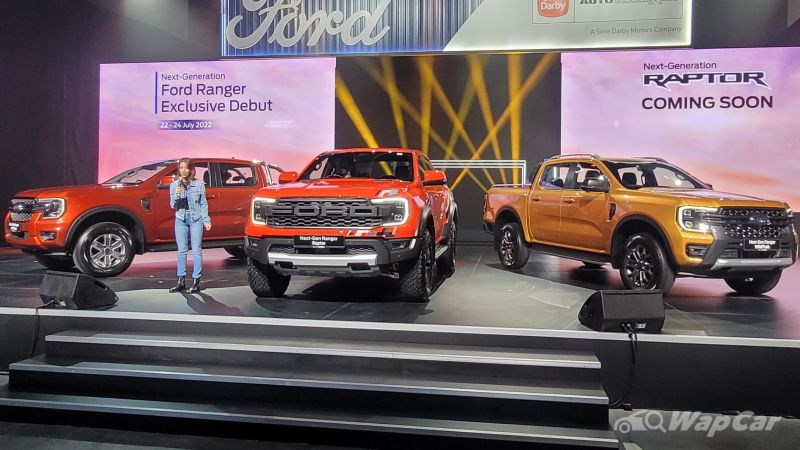 As before, the 2022 Ranger is fully-imported (CBU) from Thailand, produced at the Ford Thailand Manufacturing (FTM) plant in Rayong.

The 2022 Ranger, is underpinned by an updated T6.2 platform – a ladder-frame platform architecture that's shared with the 7-seater Ford Everest and US-market Ford Bronco.

The previous generation Ranger was already bigger than its Japanese peers. This all-new model is even bigger, adding 50 mm to both the track width and wheelbase, such that it can now fit a ‘euro’ sized pallet between its cargo bed wheel arches. 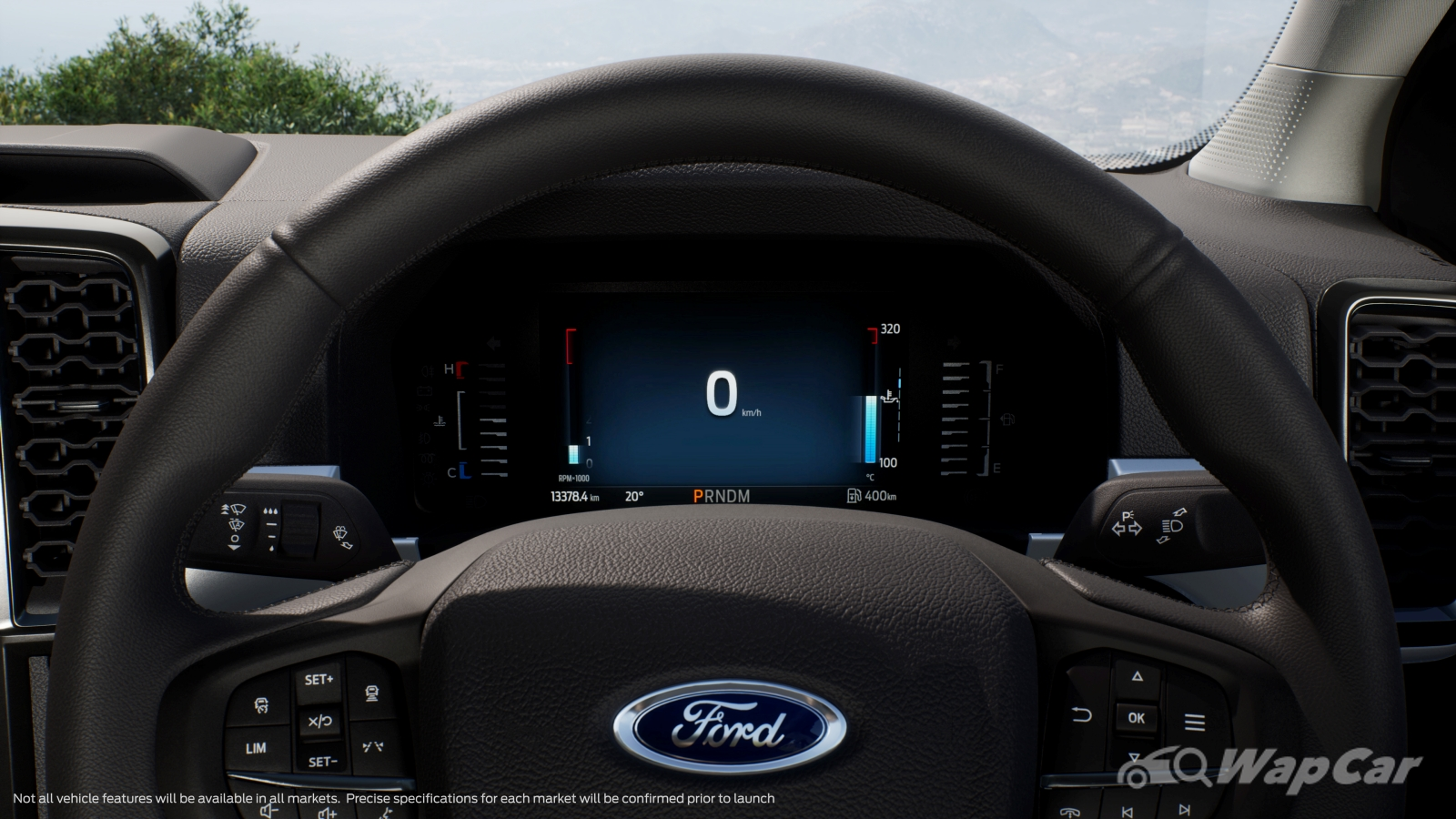 To lenghten the wheelbase, front wheels have also been moved forward by 50 mm. Overhangs have also been cut for a better approach angle and off-road articulation - 30 degrees at front (up from 28.5 degrees), 23 at the rear (up from 21 degrees).

The rear suspension dampers have also been moved outboard of the frame rails for better ride quality. 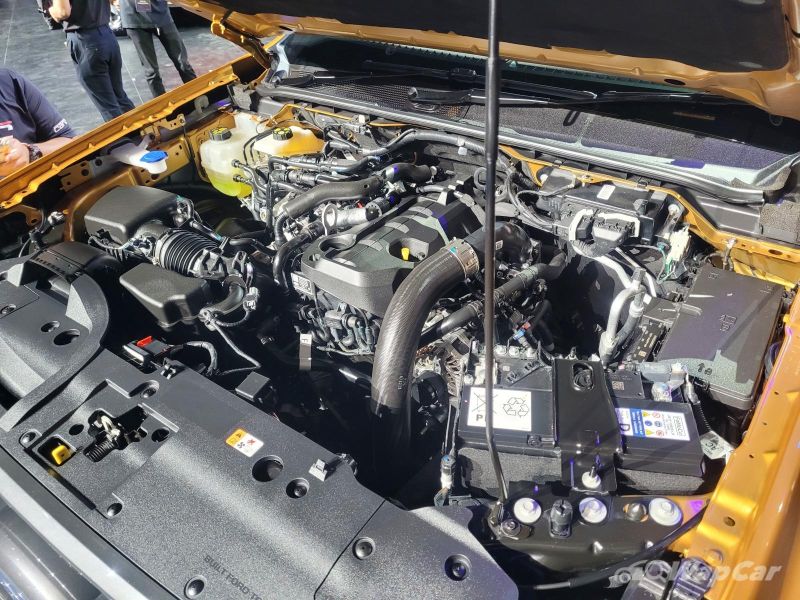 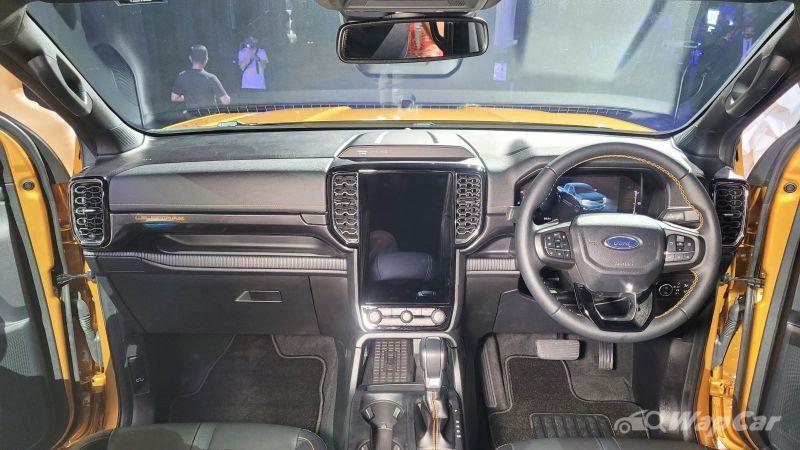 Three transmission are on offer, starting with a newly-developed 6-speed manual, longstanding 6-speed auto, while the range topping 10-speed automatic is reserved only for 2.0-litre bi-turbo XLT Plus and WildTrak variants.

To recap the powertrains: 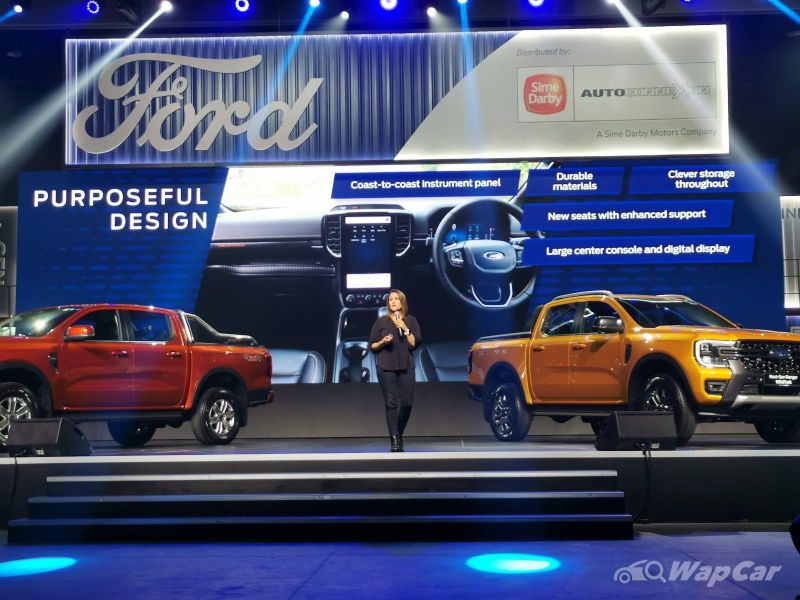 The XLT Plus and Wildtrak variants also are equipped as standard with the e-Locking Rear Differential which can be activated via the SYNC screen. 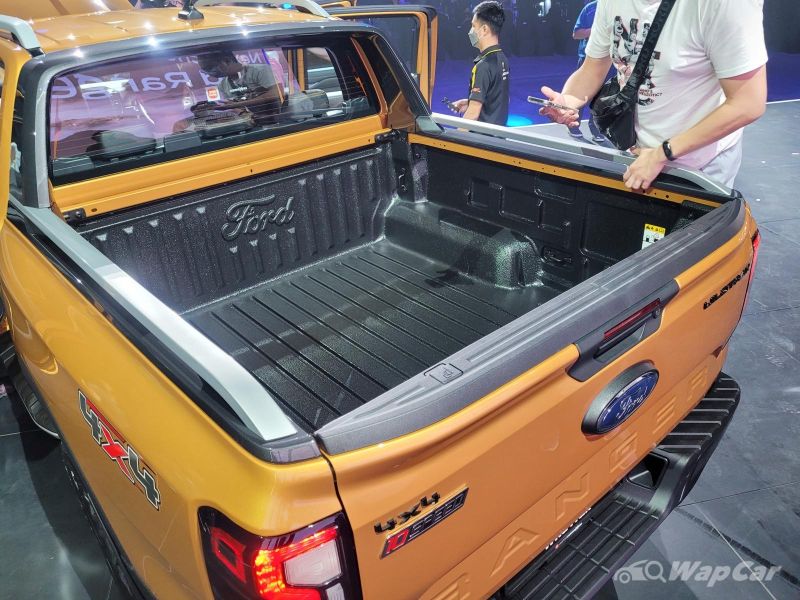 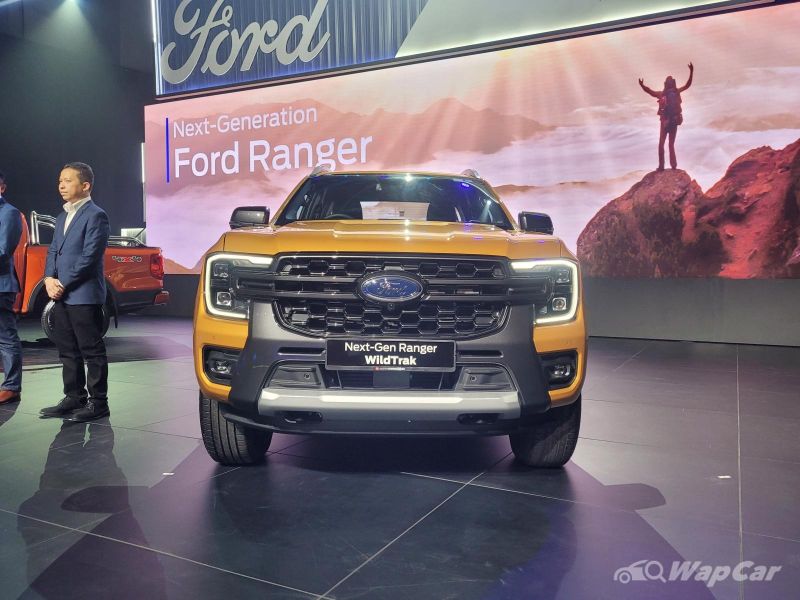 Along the flanks, the Ranger has been reprofiled with large wheel arches and a prominent shoulder line that now flows from the front to the rear of the pickup.

At the rear, the tailgate is now etched with a large ‘Ranger’ script, whereas the taillight follow the same C-Clamp light graphics as the front.

Another highlight feature is the integrated box side-step offered on the Wildtrak - previously, one would have to step onto the rear tyres to gain access to the truck bed, but with the box side-step, this is now made easier and safer. 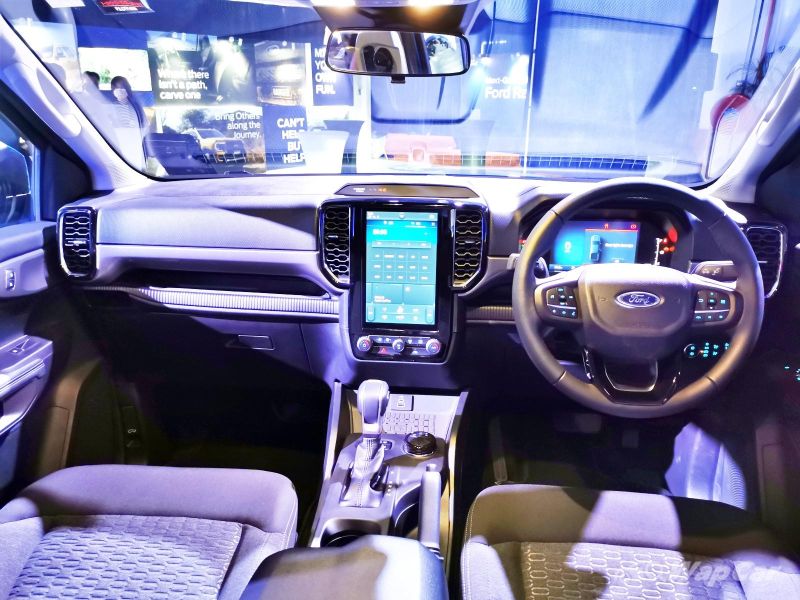 The interior of the 2022 Ranger gets a major step up in design an equipment. The new layout centres around a portrait style infotainment touchscreen which measures 10.1-inch in the lower variants and 12-inch in the Wildtrak variant, packing Ford’s latest SYNC4A infotainment system with wireless Android Auto and Apple CarPlay. 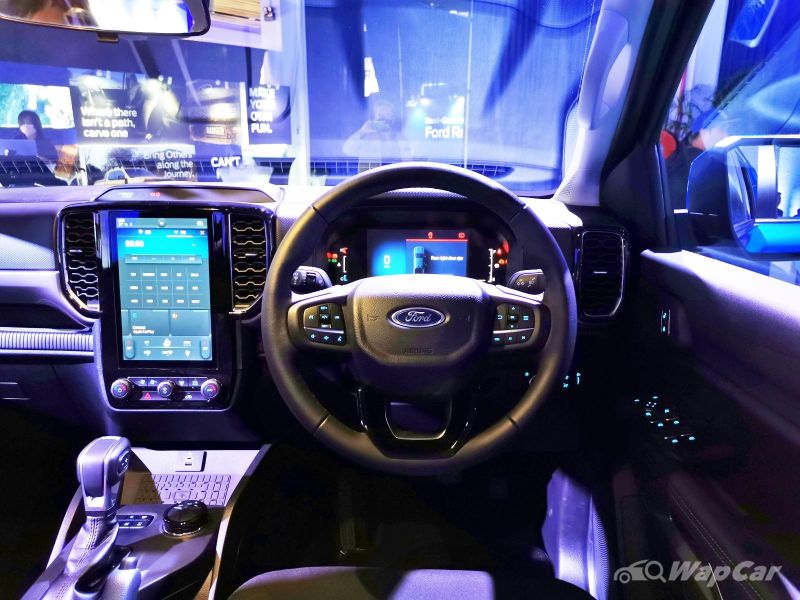 All variants receives a standard 8-inch fully-digital instrument cluster. The Wildtrak additionally gets a 360-degree camera for better judgement in tight spaces. 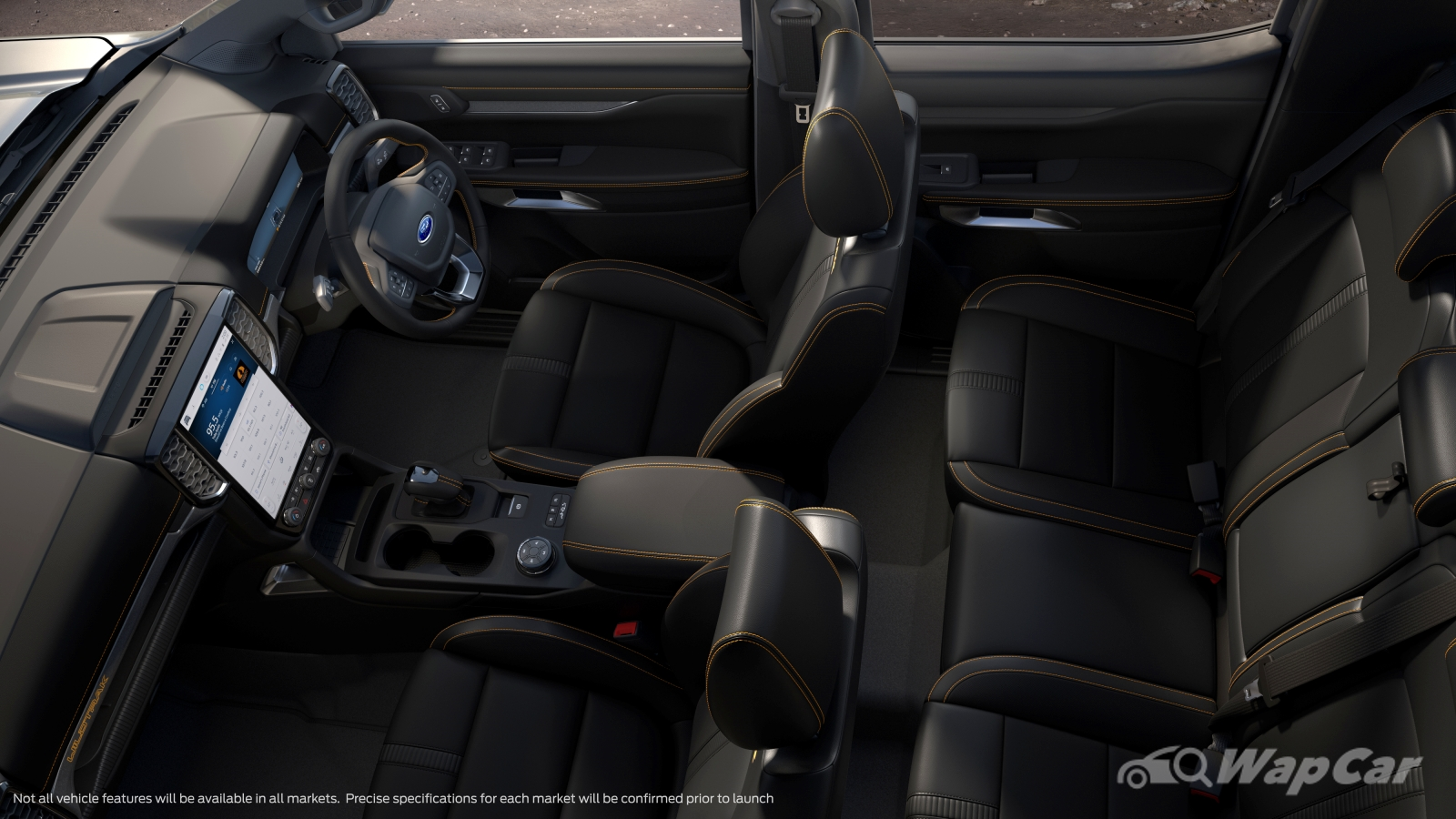 The cabin now also benefits from additional use of soft-touch materials for a more premium cabin feel. Likewise, the seats have been redesigned, with new bolsters and foam inserts that are claimed to be more comfortable, whilst the second-row seats can now be folded flat for carrying larger items within the cabin. 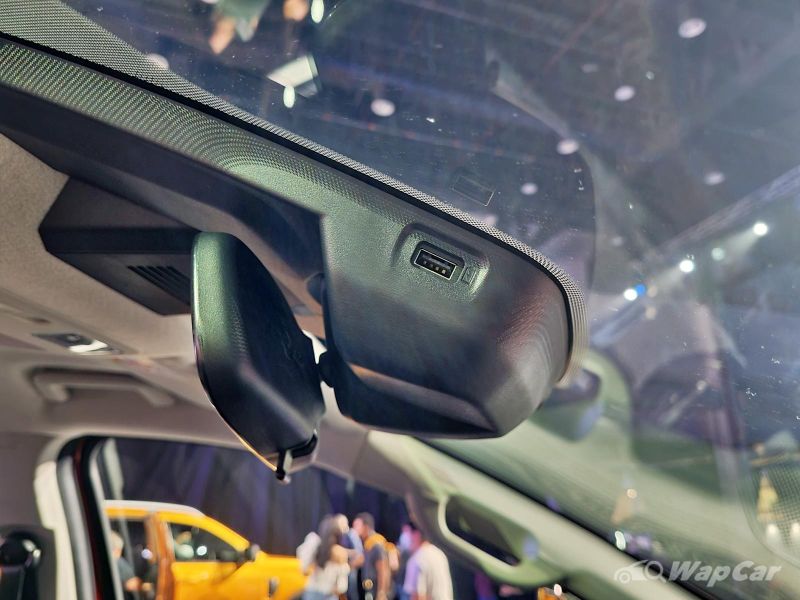 Another brilliant feature of the 2022 Ranger is a high-mounted USB next to the rear view mirror for ease of powering dashcams or GPS unit.

The XLT Plus and Wildtrak variants add: 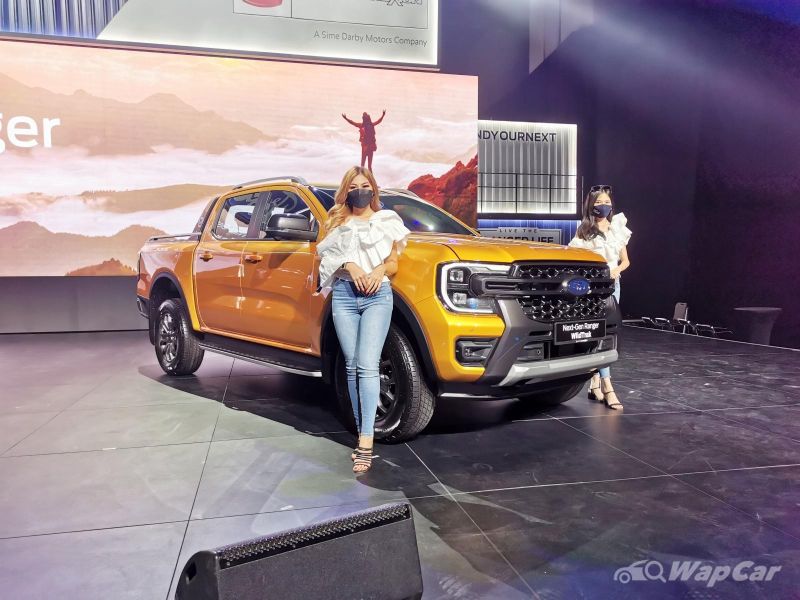 The 2022 Ranger is offered in two new colours - Sedona Orange and Luxe Yellow for the Wildtrak, in addition to five existing colours of Artic White, Aluminium Metallic, Lightning Blue, Meteor Grey, and Absolute Black (depending on variant). 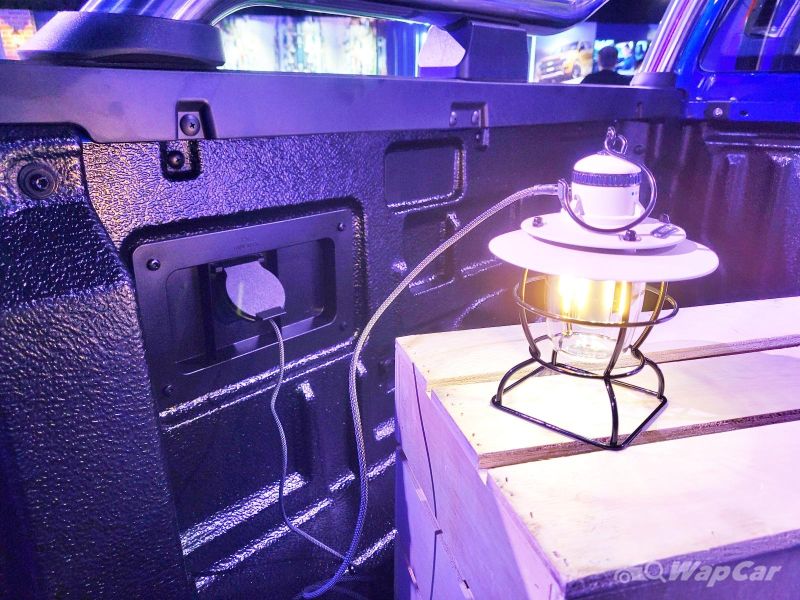 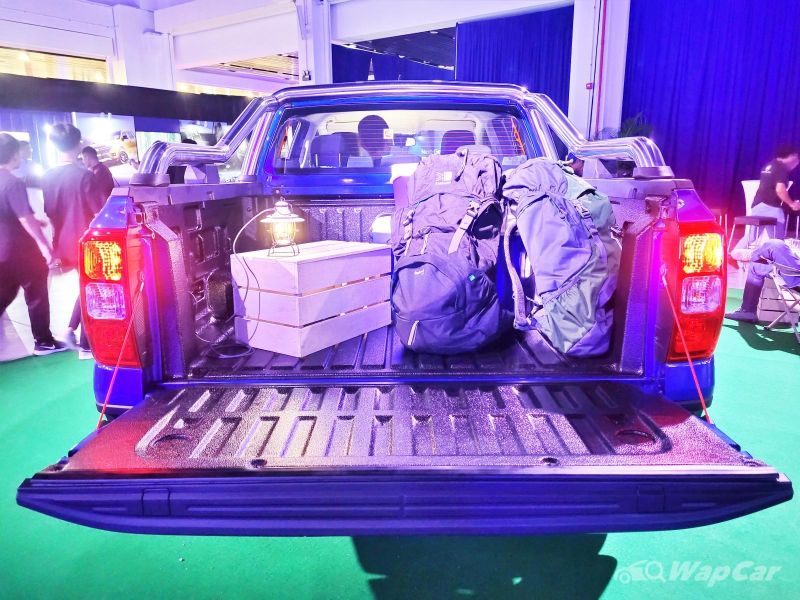 The 2022 Ranger is offered with a standard 5-year or 160,000 km (whichever comes first) manufacturer's warranty, and owners can also opt for a further 2-year warranty (total of 7 years) with the SDAC’s Extended Warranty program.

Also read: Will Aussie's 17k orders for the all-new 2022 Ford Ranger mean delays for Malaysians prior to the launch this week?