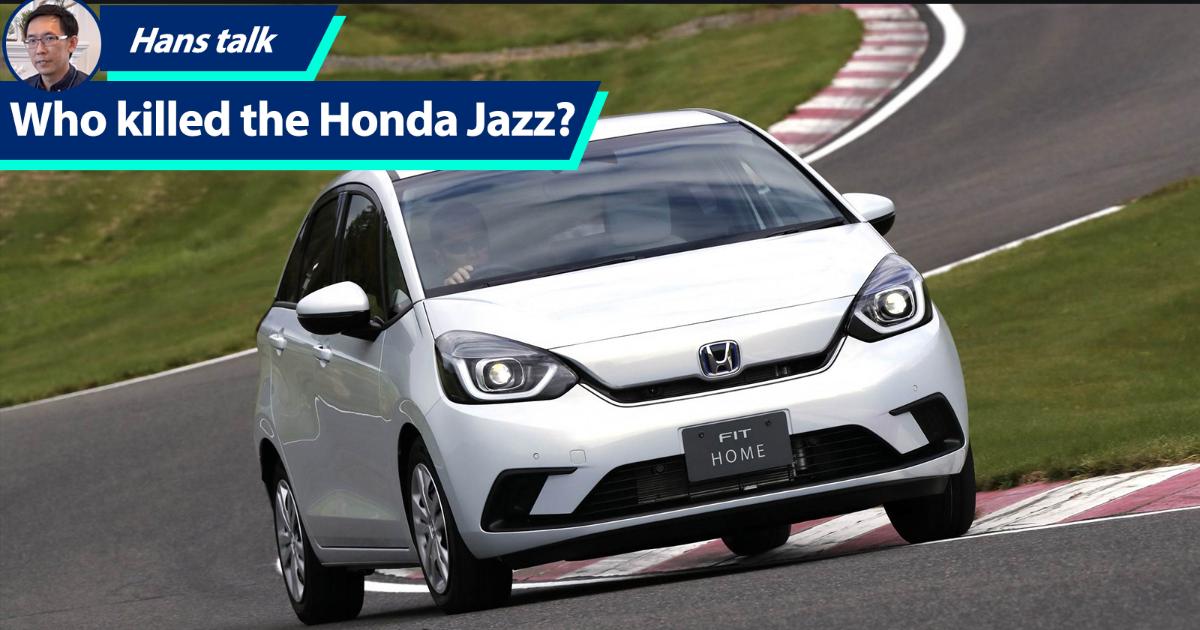 Although Honda Malaysia has yet to make any official announcement, we can reliably confirm that the fourth generation (4G) 2020 Honda Jazz (known as Fit in Japan) will not be launched in Malaysia. After 2021, the Honda Jazz will be no more, ending a 3-generations run, since 2001.

Instead, the Honda City Hatchback, which made its global debut in Bangkok yesterday, will fill the void left by the Jazz.

In case you are wondering, no Honda Malaysia didn’t have much say in this, neither did their counterparts in Thailand, or the rest of South East Asia. 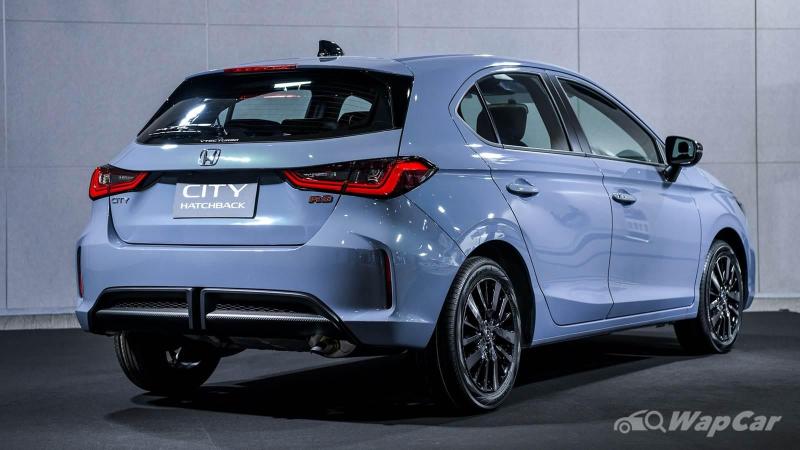 Instead, the decision to terminate the Jazz’s lineage in this part of the world is part of wider product rationalization exercise undertaken by Honda’s headquarters in Aoyama, Tokyo.

All markets in the Asia-Oceania region, including Australia and New Zealand, both of which sell very few Honda cars anyway, will drop the Jazz in favour of the City Hatchback.

Why discontinue the Honda Jazz?

The Internet is a really terrible place to hang out in, and woe to anyone foolish enough to take Facebook comments as an indication of what’s actually market in the market – like you know, decisions made by people who actually pay money to buy new cars, emphasis on new.

When the fourth generation (4G) 2020 Honda Jazz (Fit) made its global debut at the 2019 Tokyo Motor Show, netizens from Malaysia were quick to condemn it. 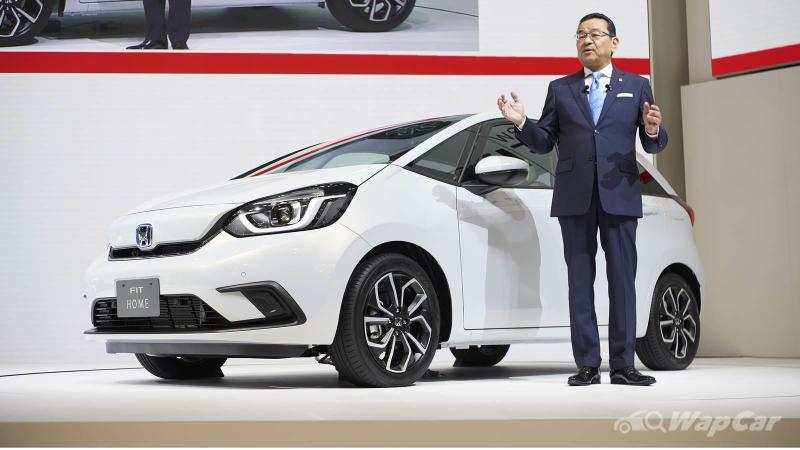 Some say that it’s a car for hamsters, others say it’s for pandas, or Doraemon’s cat. They didn’t appreciate the two-spoke steering wheel, which they say looks like an ‘80s car (it’s actually aping the all-electric Honda E, itself a retro-ish 2020 remake on the original Honda Civic). 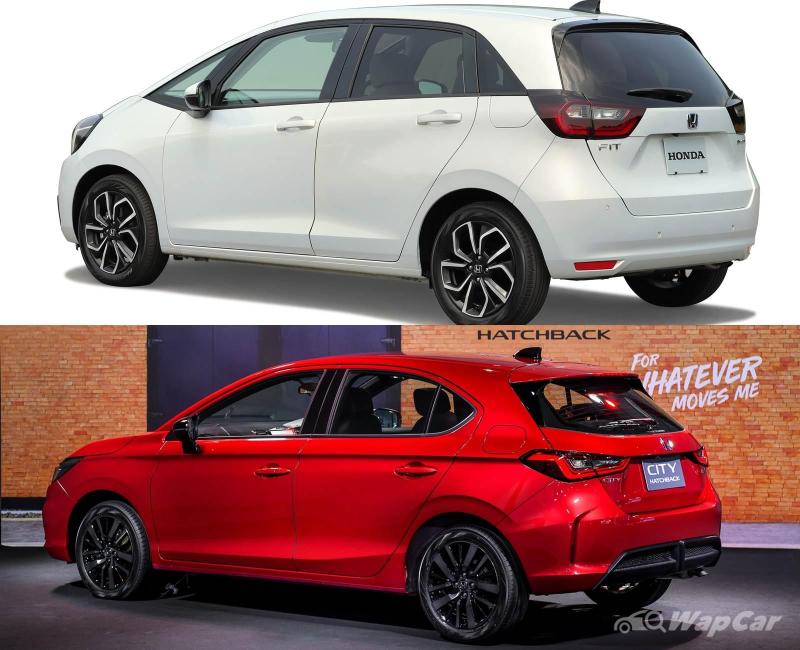 Many didn’t like the interior – conventional minded users just didn’t know what to make of the 4G Jazz’s clutter-free layout, which in their mind, looks cheap. The problem is that this is exactly what buyers in Japan and Europe want.

But this was already anticipated by product planners at Honda Motor, which is exactly why the Honda City Hatchback was developed alongside the sedan. 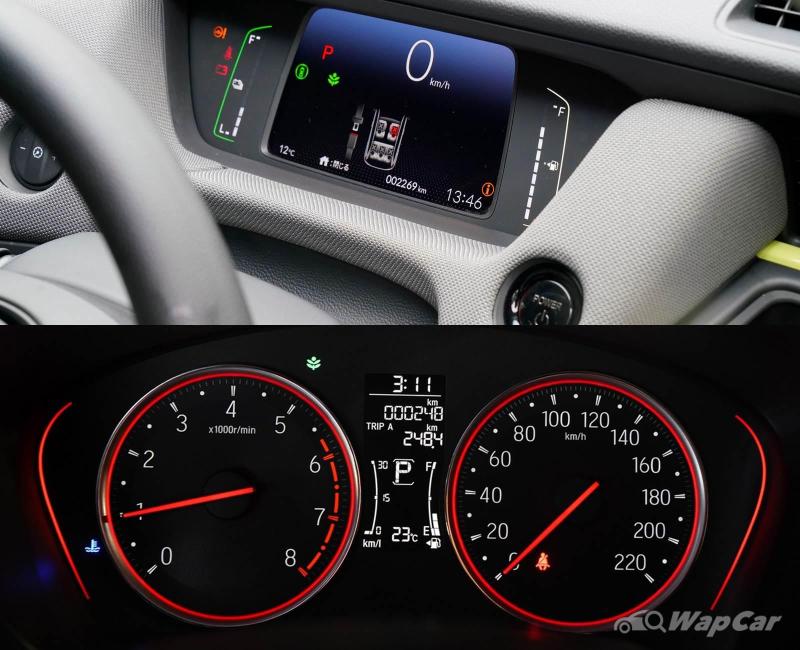 But now the same group of netizens who criticized the 4G Jazz for being too cute and too cheap-looking are now asking why the City Hatchback is replacing the 4G Jazz.

I am pretty sure a fair number of tables at Honda’s Aoyama office – which has some very nice minimalist style office furniture - have been flipped and thrown out the window.

The latest Jazz is just too radical for consumers in emerging markets to accept, many of whom still want their cars to still project a very masculine image, even if it’s just a sub-compact hatchback. They equate strength with sharp, angular lines looks, mean-looking front-end, and a busy looking interior that’s packed with a lot of things.

All are exact opposites of CO2 emissions-conscious buyers in Japan and Europe, and even China – the only three markets where the latest 4G Jazz/Fit is sold, at least for now.

This bulbous-looking, a tad too feminine 4G Jazz is Honda's best-seller in Japan, and is the only non-Toyota model in Japan's top 5 best selling models list. As of October 2020, the Toyota Yaris (TNGA version that we don't get) is No.1, followed by Toyota Raize and Toyota Corolla. The fourth place Honda Jazz ranks ahead of the Toyota Alphard. 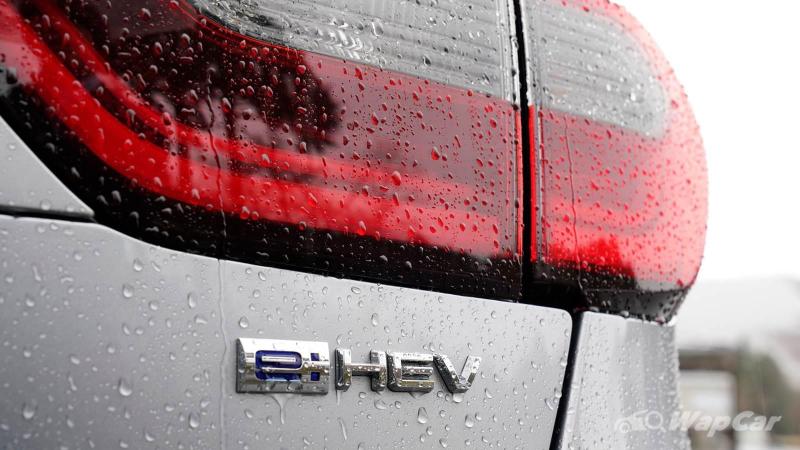 A Japanese chief engineer (not from Honda) who is also working on family car that I cannot reveal yet, once explained to me the difficulty of developing a global product that meets the needs of Japan/Europe as well as developing markets:

“Many young Japanese, my daugher included, have an almost anti-conventional fashion brands lifestyle. Every generation rebels against the previous one and today’s young Japanese don’t like flashy labels, because they didn’t want to be like their parents," he said.

“Young Japanese today want high quality, eco-friendly products, but minus the flash. The best example of this is the success of Muji, which literally means “no brand” in Japanese. Young Japanese pay a lot of money for Muji products, even though none carry a Muji label. Uniqlo is another example. They want premium products, but not necessary luxury brand – slight difference between the two. Apple is not a luxury brand but it’s just as highly coveted. For cars, an androgynous, gender-neutral, eco-friendly image is preferred here.” 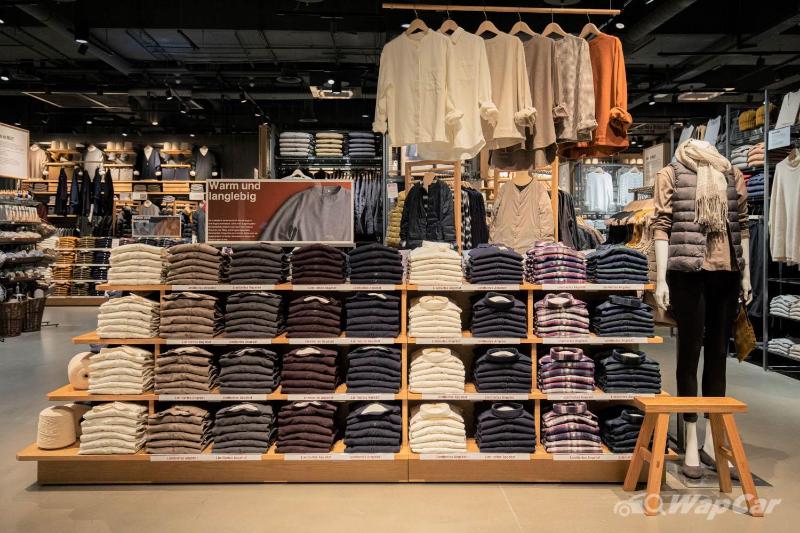 The discussion went further, touching on how the next generation of buyers prefer premium but shorter service life products, just like their phones and apparels, and how this contradicts with the car industry’s standard of 15 years/300,000 km lifespan. It’s also why car sharing will become more attractive in the future, versus traditional car-ownership model. 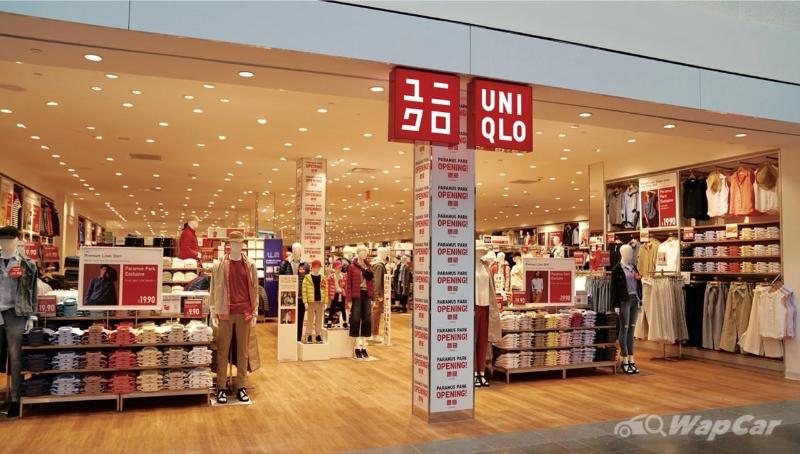 But those topics are for another day. In short, Honda believes it is no longer possible to build a global model Jazz that will satisfy the diverse needs of users in different parts of the world. Trends in Japan and Europe are diverging too far away from South East Asia. 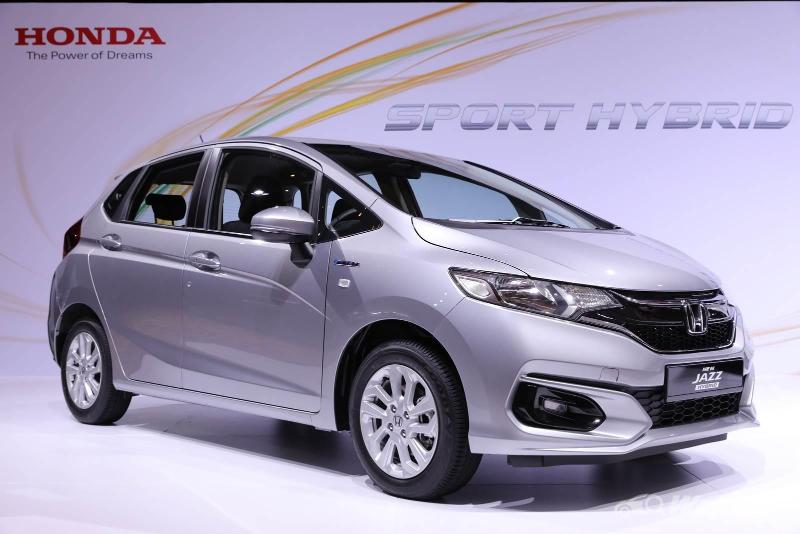 If you think about it, there are very few successful B-segment global model. The Ford Fiesta has already been discontinued outside of Europe. The VW Polo is not sold in the US. The latest TNGA-platform Toyota Yaris is only for Japan and Europe. Not even USA gets it. The Honda Jazz is actually the most successful in penetrating international markets. 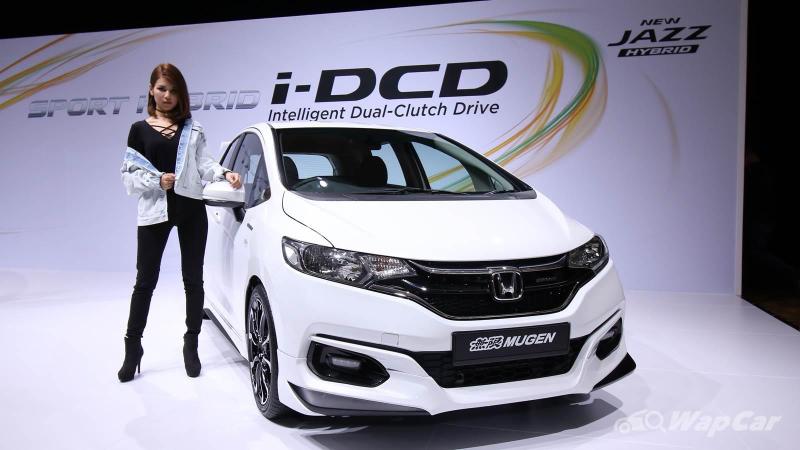 It's the world's only B-segment hatchback that’s good enough to meet the needs of Americans, Europeans, and Asians, from Tokyo to Bangkok, from Munich to Melbourne, it won the hearts of users everywhere. It might not be No.1 in every country, but it holds its ground well enough. 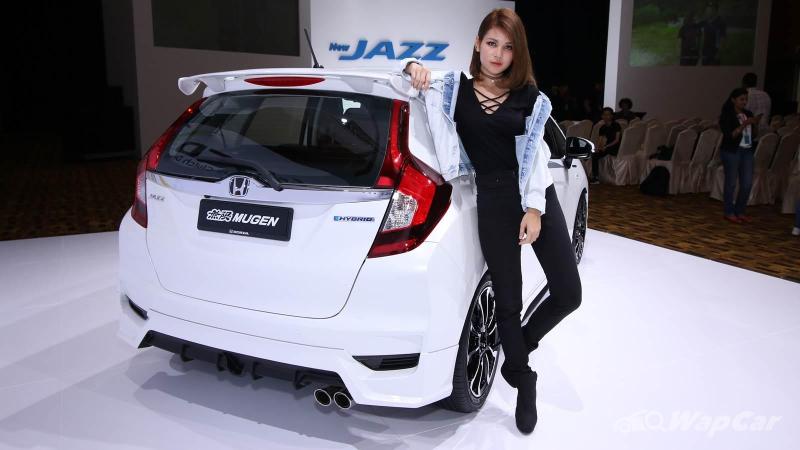 But the compact/sub-compact car business is getting very tough. Profits are thin, and they operate in a very price sensitive segment. At the same time, high cost electrified powertrains are necessary to comply with increasingly strict CO2 regulations in many developed markets, especially Europe.

Volkswagen for example, will not replace the Up! and the fate of the Polo beyond the current Mk8 generation is unclear. The business direction is becoming increasingly different from developing markets, hence it makes sense to end the current 'global model' concept for the Jazz. 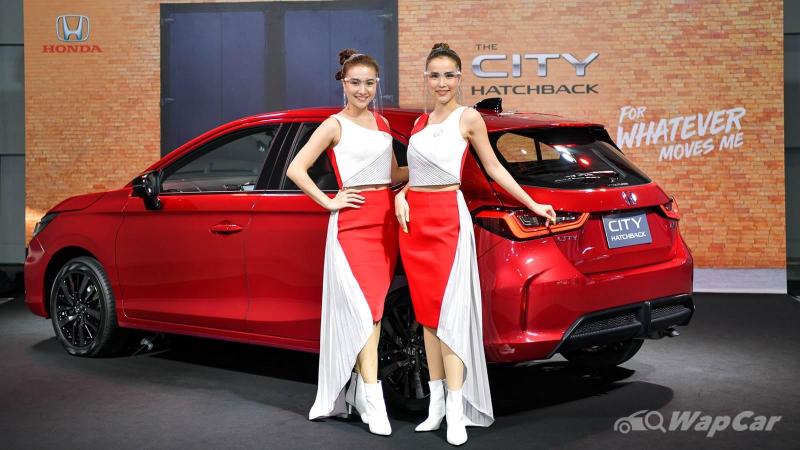 Apart from the obvious appeal that it’s a more conventional looking hatchback, with angular lines and an interior that’s more acceptable to users here, there are also advantages in manufacturing and marketing.

On the manufacturing front, accountants and production engineers will be more than happy to welcome this rationalization move.

The outgoing 3G Honda Jazz already shares a similar interior with the Honda City, but with the City Hatchback, parts commonality will be increased even further as the entire car’s front-end is identical to the City sedan. 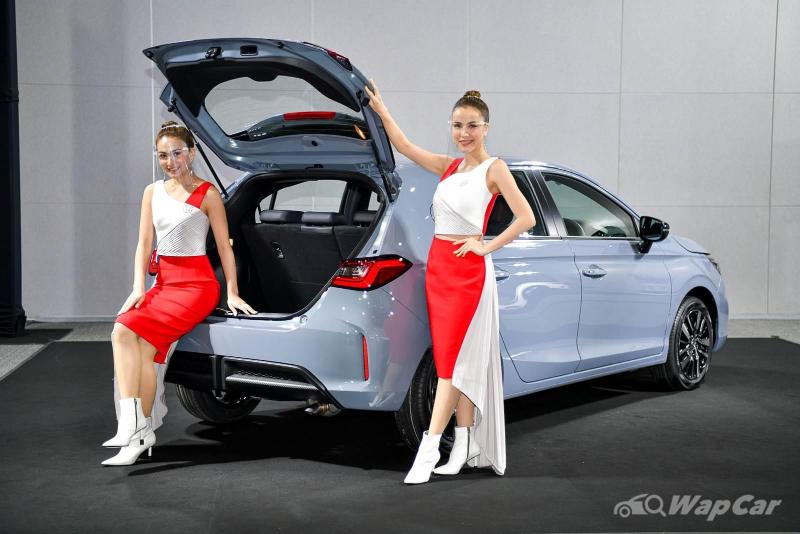 With greater commonality, cost per unit will be even lower as the individual parts’ volume go up. It also simplifies parts purchasing, warehousing, and after-sales. 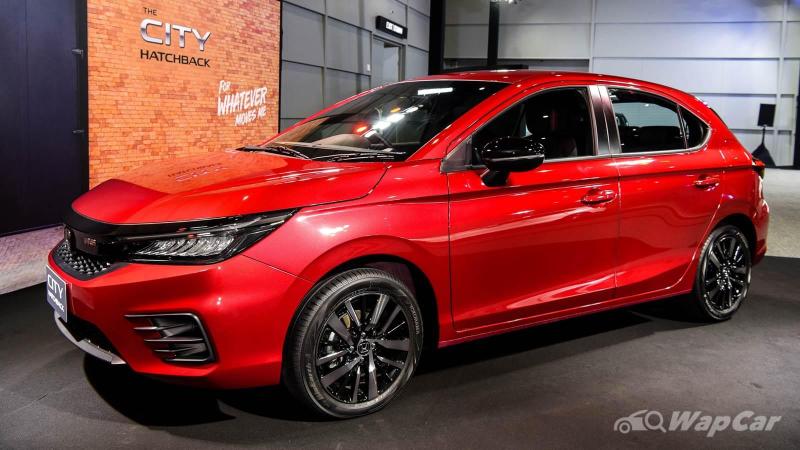 This greatly simplifies the work of production engineers, all of whom have a special cuss word every time a marketer wants to add yet another colour or model variant to their production line.

All these combine to speed up the phasing in of the model, which means that the Honda City Hatchback will be launched in Malaysia sooner than you think. 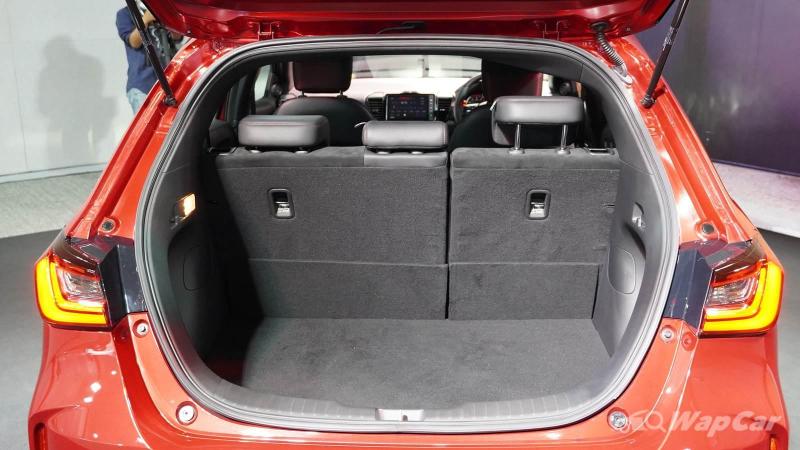 Toyota has made good use of this 'same front, different rear' formula with its Yaris and Vios (also known as Yaris Ativ in Thailand) but unlike Honda, Toyota is not willing to throw away the Yaris nameplate, which it has invested for over 15 years to grow in South East Asia.

Instead, Honda is taking cues from Mazda, which sells its B-segment hatchback and sedan under the same Mazda 2 nameplate with pretty good results. 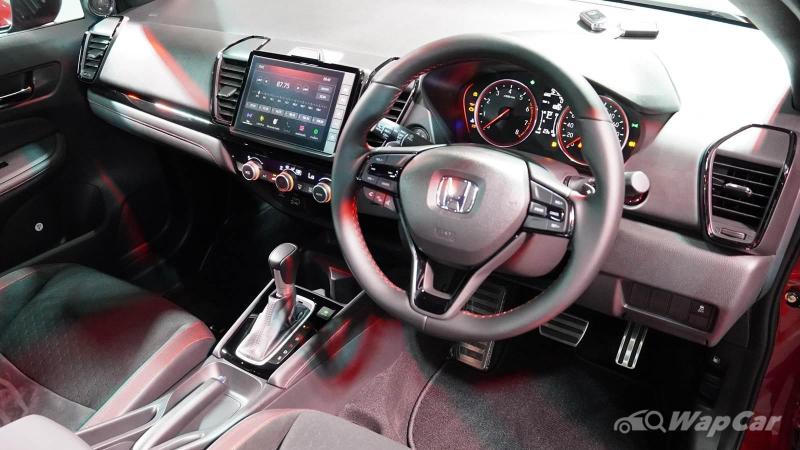 Why spend money to promote two nameplates; City and Jazz, when you can focus your spending on growing just one City nameplate. 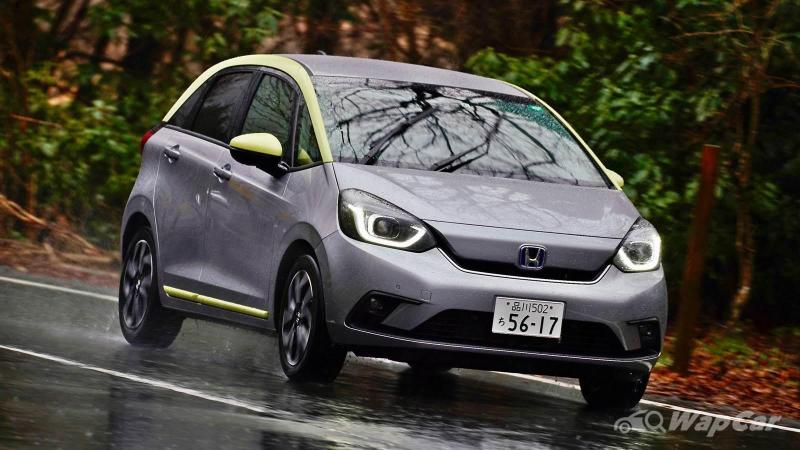 Unlike Jazz, the City Hatchback has no individual identity

Now that both the sedan and hatchback look the same, isn't this bad for individuality, a prized value in marketing?

I once asked a Mazda designer on why so many of their cars use the same Soul Red as its signature colour, looking so similar to other Mazda models. On a big motor show stand, it’s hard to tell the models apart.

That was 5 years ago. Today, even big names like Mercedes-Benz is ditching model-specific design identity. It’s why the C-Class, E-Class, and S-Class all share a common look, as are all BMW and Audi sedans. Even the latest 2021 Honda Civic now mirrors the Honda Accord’s styling.

Honda is bigger than Mazda but it still doesn’t have the resources of Toyota or even Nissan. So it makes sense for Honda to spend less money by focusing on just one City nameplate to conquer the B-segment.

The Honda City name is not recognized any poorer than the Jazz either so it’s a very safe decision. In fact, the City has a longer history here than the Jazz, since 1996. It was Honda’s first car developed specifically to meet the needs of buyers in South East Asia, as prices of the Honda Civic have gone up quite significantly, just like the Toyota Corolla. 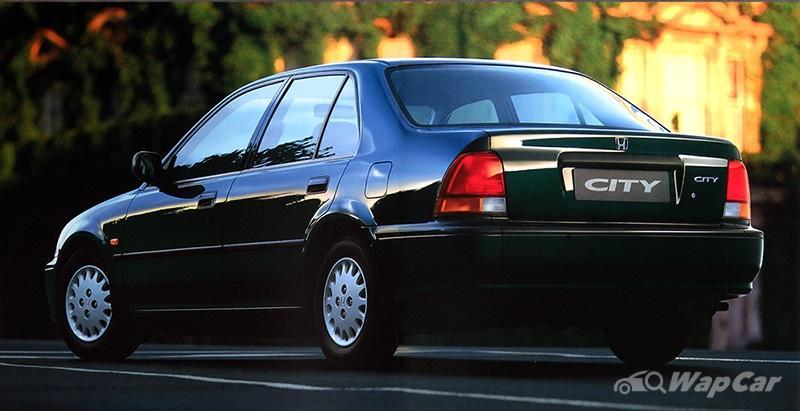 Former CEO of Honda Malaysia Yoiichiro Ueno (served from 2011 – 2016) was one of the product planners who developed the first Honda City when he was attached to the Bangkok-based Asian Honda Motor regional office.

You would think that with the announcement of the City Hatchback, sales of the Jazz will take a dip. You will be surprised to know that it is not the case. 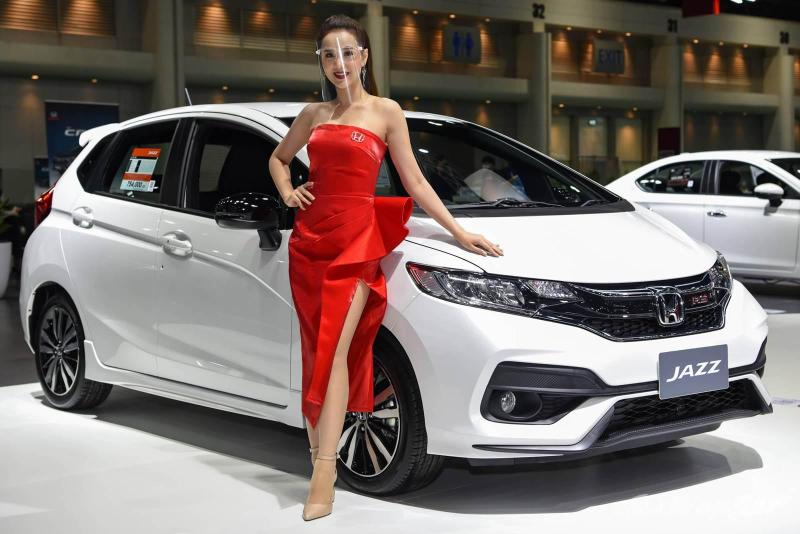 Interest in the Jazz remains healthy, or perhaps Malaysian buyers are generally indifferent to a new model that’s not yet available here. 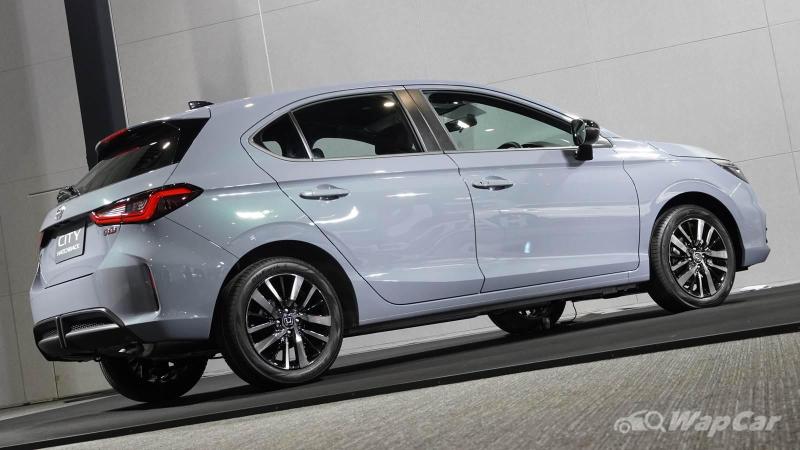 However, some dealers say there have been an increase in inquiries, especially the Sonic Gray Pearl colour, suggesting that the City Hatchback is drawing a different group of buyers from the Jazz.

The Honda Jazz’s main threat remains only one – the Toyota Yaris, which has since overtaken the Jazz as the segment’s top selling model, thus reinforcing the notion that it’s better to just replace the Jazz with the City Hatchback, which follows the same formula as the Vios-Yaris twin.