Home > News > Other than the Genesis G90, the Sultan of Johor also owns an Ioniq 5 from Hyundai

Other than the Genesis G90, the Sultan of Johor also owns an Ioniq 5 from Hyundai 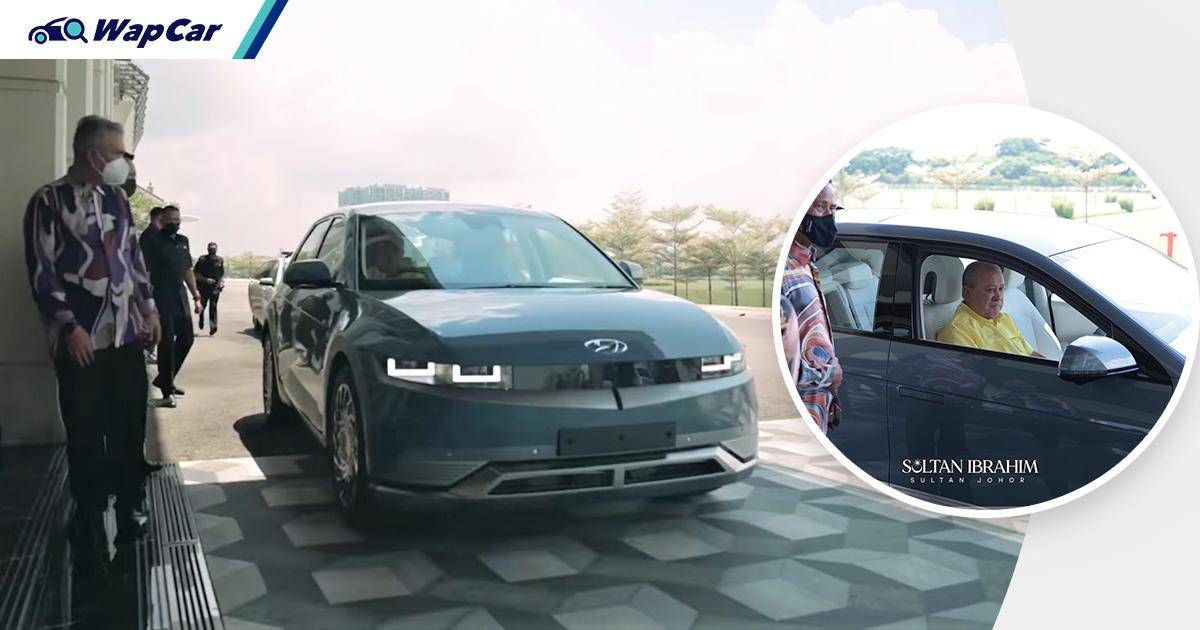 A few months ago, the Sultan of Johor, His Majesty Sultan Ibrahim Ibni Almarhum Sultan Iskandar, made us do a double take when he arrived in a Genesis G90 Limousine. But now, His Majesty has gone green with the fully electric Ioniq 5!

His Majesty turned heads when he rolled up in a blue Ioniq 5 during his visit with Prime Minister Datuk Seri Ismail Sabri Yaakob and Johor Menteri Besar, Dato’ Hasni Mohammad. The former arrived in a borrowed Rolls Royce Cullinan. 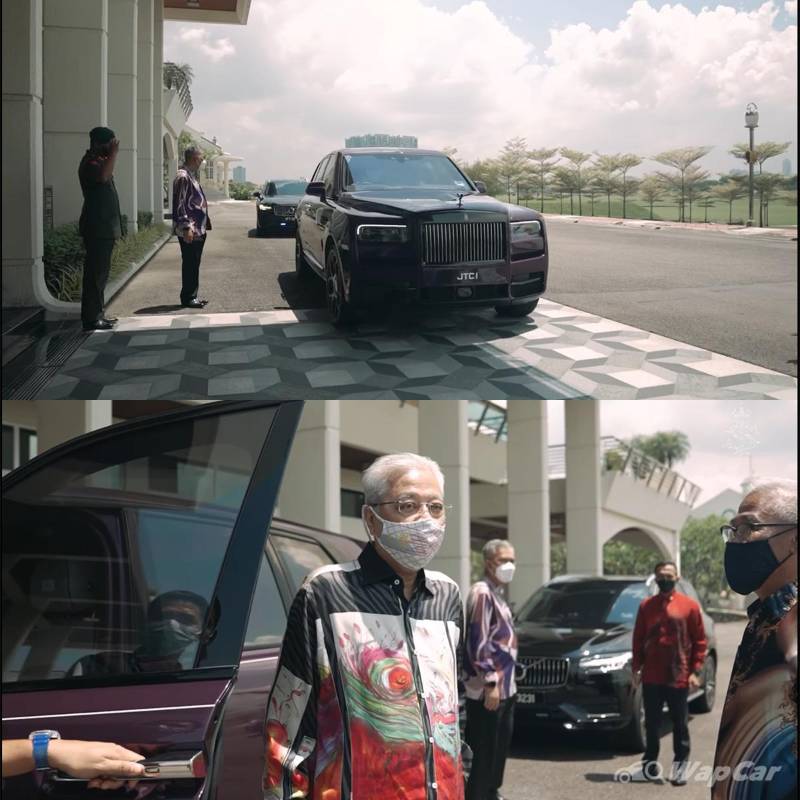 For those of you who don’t know, the Ioniq 5 is the first car Hyundai’s new electric sub-brand, Ioniq, introduced in February 2021.

The electric vehicle (EV) might not be as opulent as many of His Majesty’s official limos, but the Ioniq 5’s BMW 5-Series rivalling 3,000 mm wheelbase will ensure that the Sultan will not be missing out on legroom. 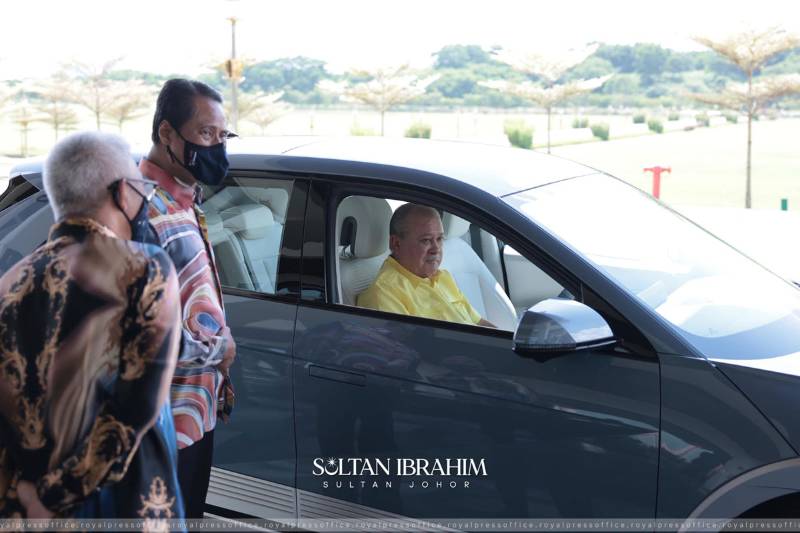 However, we believe that legroom wouldn’t be a worry since His Majesty was driving the Ioniq 5 himself.

Currently, the Ioniq 5 is on sale in at least two right-hand-drive market, the UK and Australia. The range-topping Ioniq 5 in both markets is the Long Range AWD. 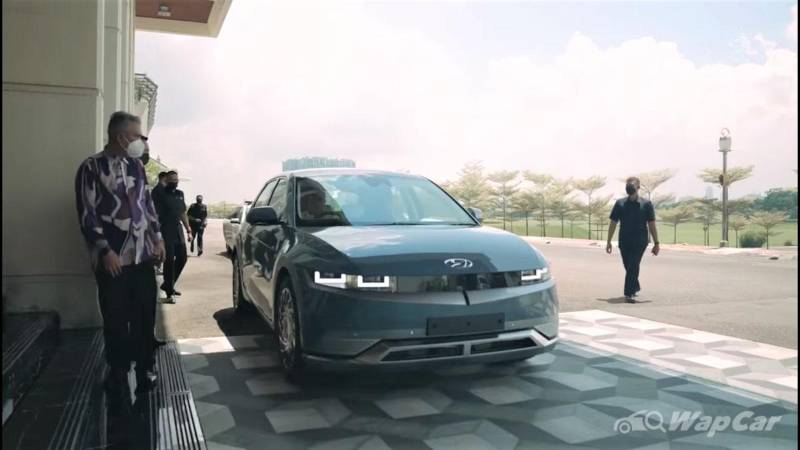 The Long Range AWD variant comes with a 72.6 kWh battery pack while the electric motors generate 306 PS and 605 Nm. The EV manages the century sprint in 5.2 seconds.

At the moment, there are no official plans to launch the Ioniq 5 in Malaysia. Perhaps Hyundai Sime Darby Malaysia (HSDM) will look into introducing the crossover to our shores once Hyundai’s new Ioniq plant in Singapore is in full swing.

But there is a possibility that Hyundai would start assembly of the Ioniq 5 in their plant in Indonesia as well. Only time will tell, so stay tuned for the latest updates. 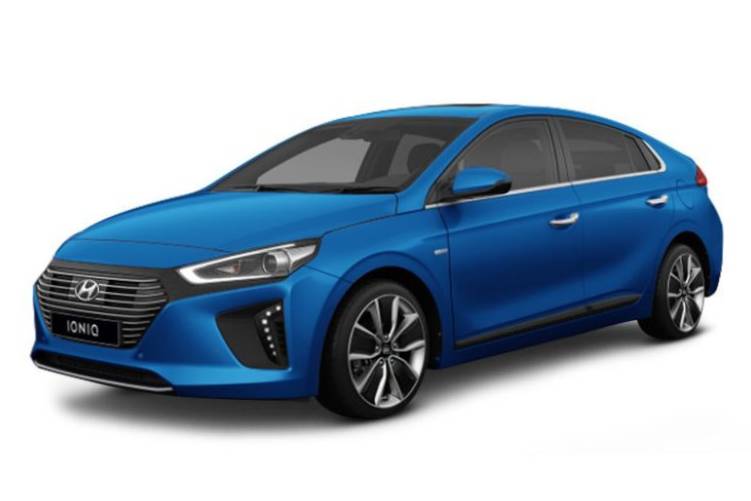