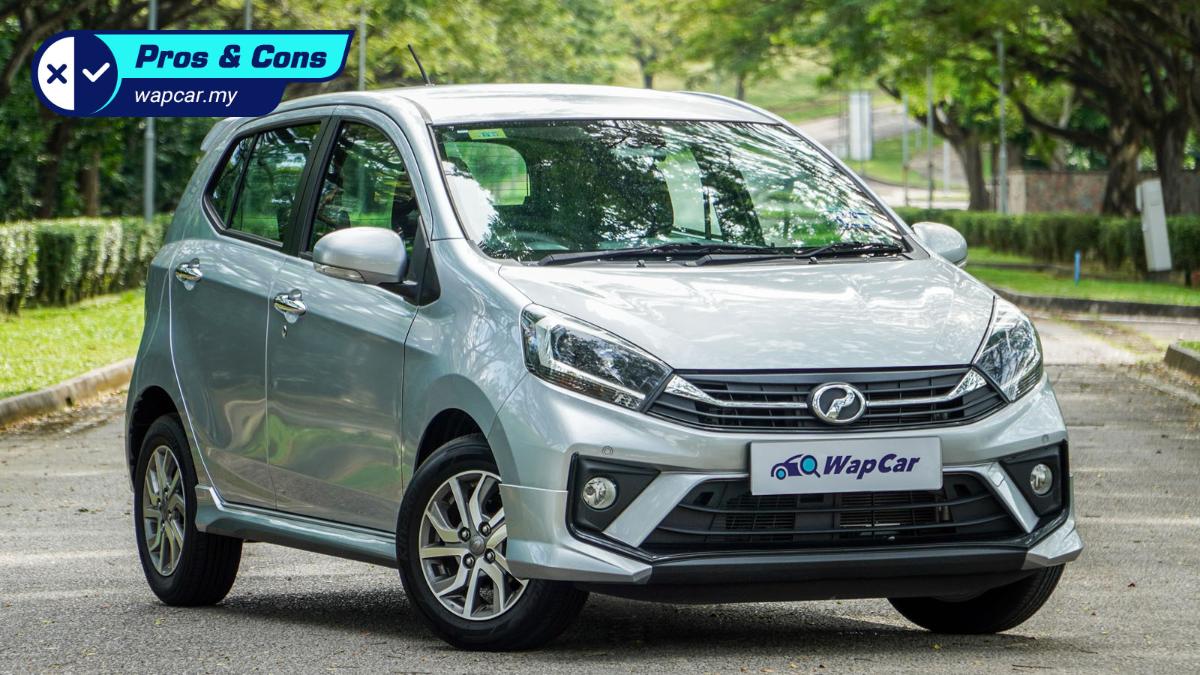 If you wanted something small and affordable, it is very hard to look away from the Perodua Axia. Launched in 2014, the Axia has received two facelifts in 2017 and 2019. The first facelift gave the Axia a new VVT-equipped engine, and the second facelift removed the manual transmission from all variants except the “E”. 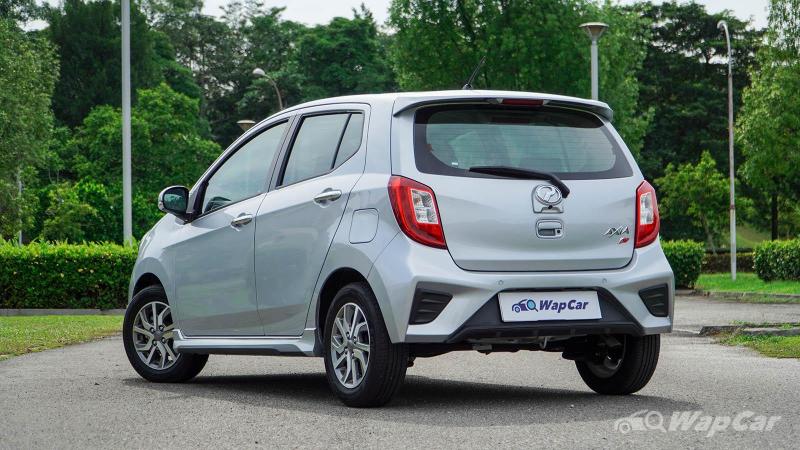 Virtually unrivalled in its segment (A-segment hatchback), those shopping for the Axia might even consider the Proton Saga or the Perodua Bezza as alternatives.

Should you get the Axia for yourself? Here are a few of its pros and cons to help you out.

PRO – Small and easy to drive 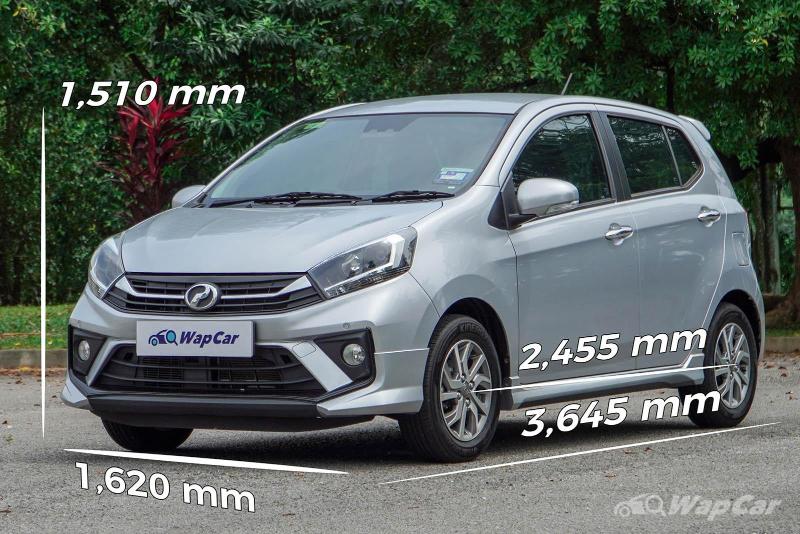 Being small, the Axia is great for running errands. It is easy to park and doesn’t use much fuel. Since we don’t get official kei cars in Malaysia, the Axia is pretty much the smallest you can go when it comes to four-wheeled transportation.

PRO – Cheap (not all variants) 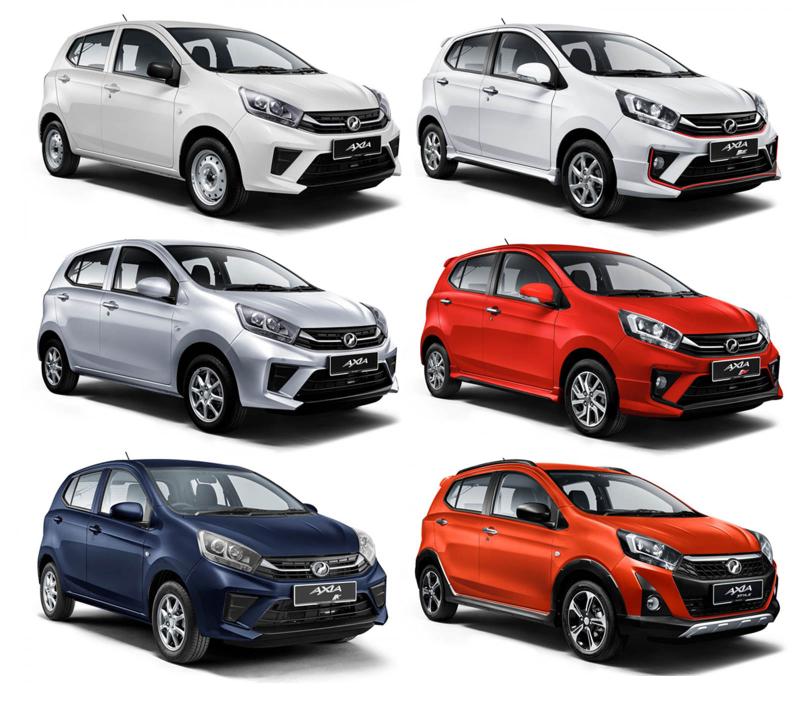 While “cheap” may have different definitions depending on who you ask, the Perodua Axia is certainly cheaper than most cars. Sure, second hand cars are cheaper, but the Axia comes with a 5-year or 150,000 km warranty on major components.

If you’re going to get an Axia, might we suggest that you get the G-Xtra. It has basic safety features like ABS and ESC. Anything above that seems a little bit unnecessary. Additional accessories in the Axia AV and SE are mainly things that you can do without. 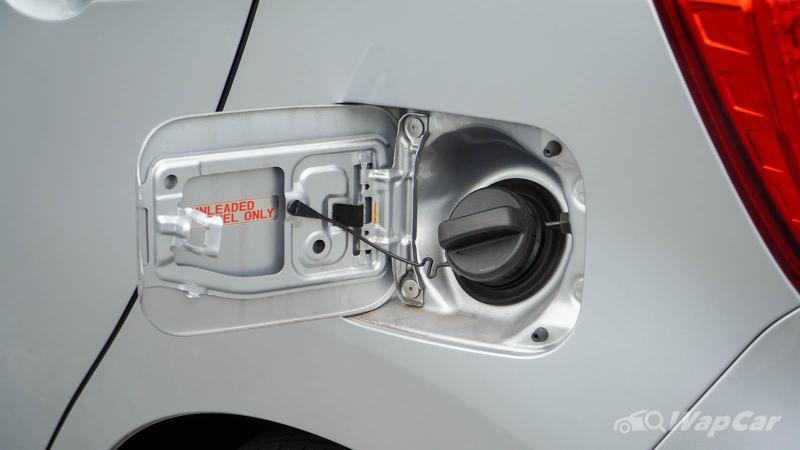 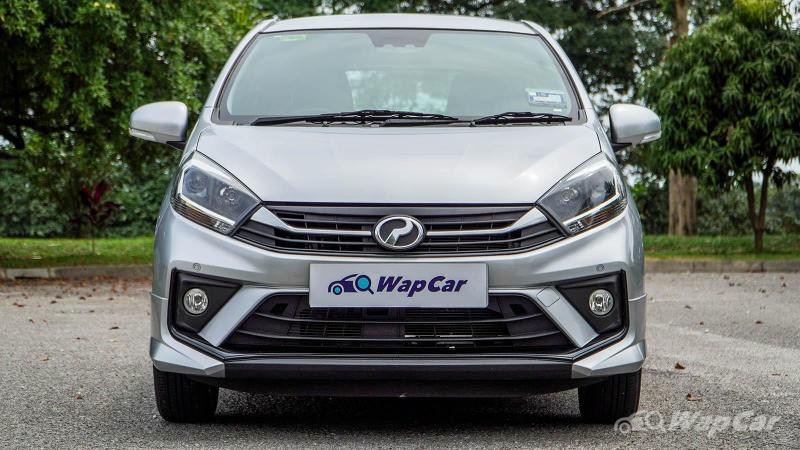 With a 4-speed automatic gearbox and not much technology going on, the Axia is a rather simple car to take care off. Even the range-topping Axia AV doesn’t come with auto start-stop function. Spare parts for the Axia are abundant and affordable. The only mechanical concern in the Axia is its three-cylinder engine – it’s alright, it just likes to vibrate. 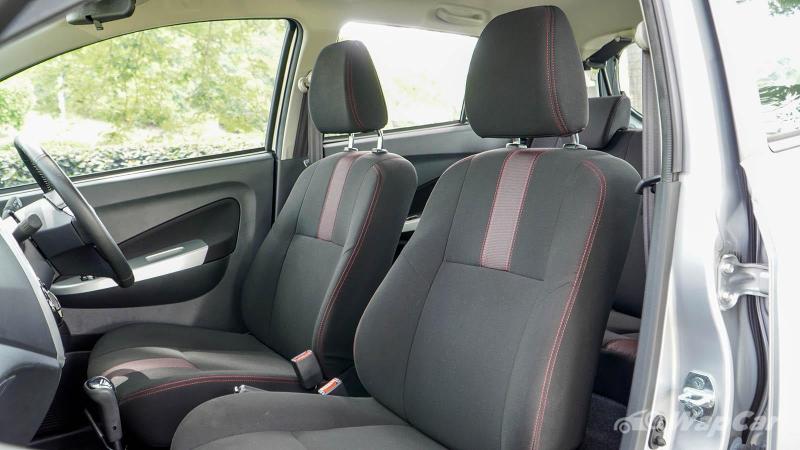 The seats are fairly soft and rather ergonomic. Although utilising hard plastics, the cabin has an overall decent feel. The dashboard doesn’t rattle and headroom is decent. Leg room is a little bit cramped but bearable. The primary ride could use some improvement. 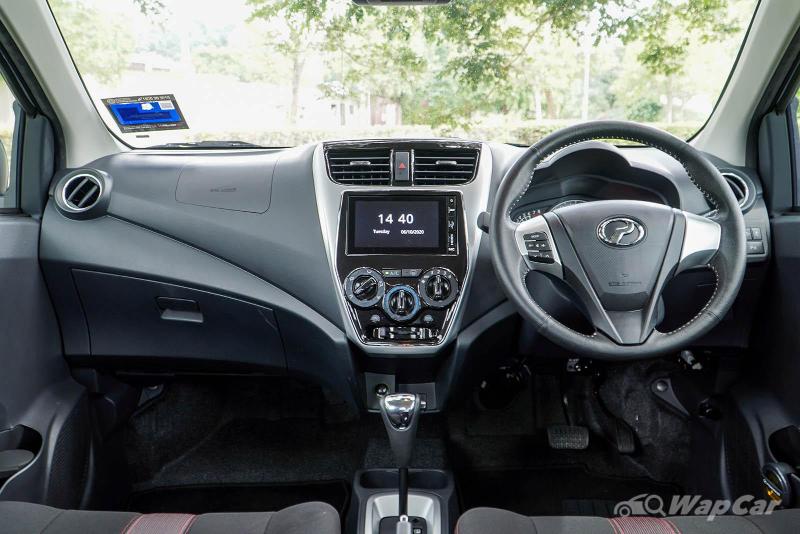 If you’re driving down the highway at 110 km/h, you would need the stereo on to cancel out road noise. The Axia is equipped with basic sound insulation under the hood and front fenders, but cabin noise was recorded at 72 dB when cruising at 110 km/h. It gets louder in heavy downpours. 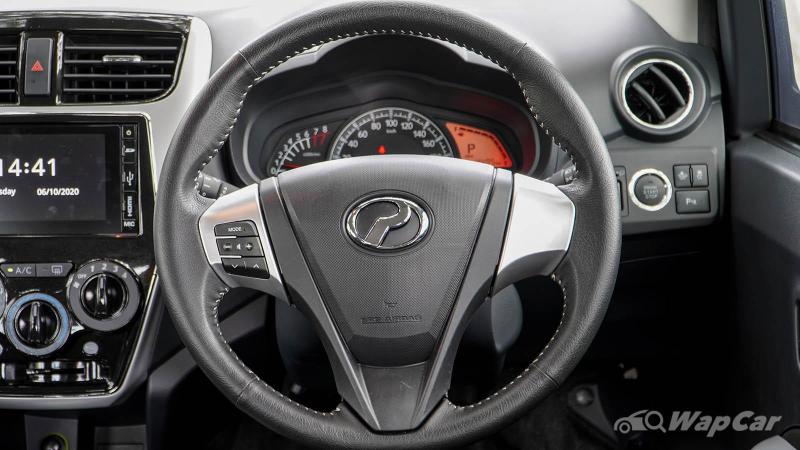 If you’re looking for the optimum driving position, that’s going to be little tough in the Axia. The average sized driver will not have much trouble with the fixed steering wheel position, but those on either ends of the normal distribution curve might appreciate an adjustable steering wheel.

CON – It works harder to catch up with other cars 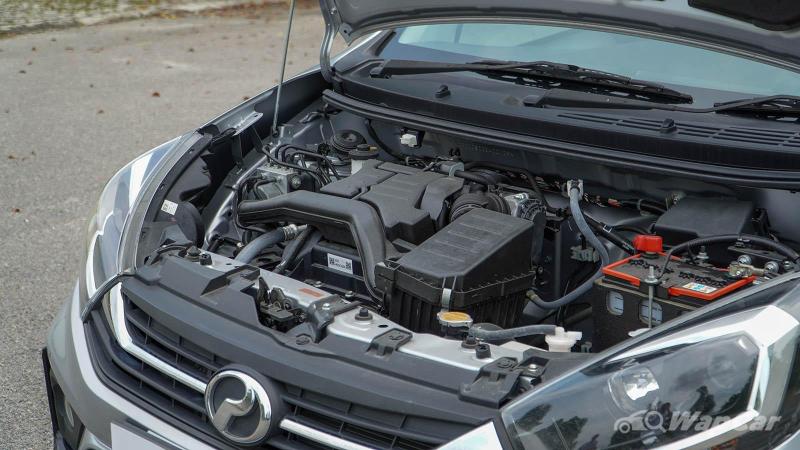 A 1.0-litre three-cylinder engine paired with a 4-speed automatic transmission is not a recipe for speed. Our 0-100 km/h acceleration test recorded 17.2 seconds and coming to a dead stop from 100 km/h required 39 meters of road. Driving at 120 to 140 km/h in the Axia is possible, but not at a relaxed cadence. 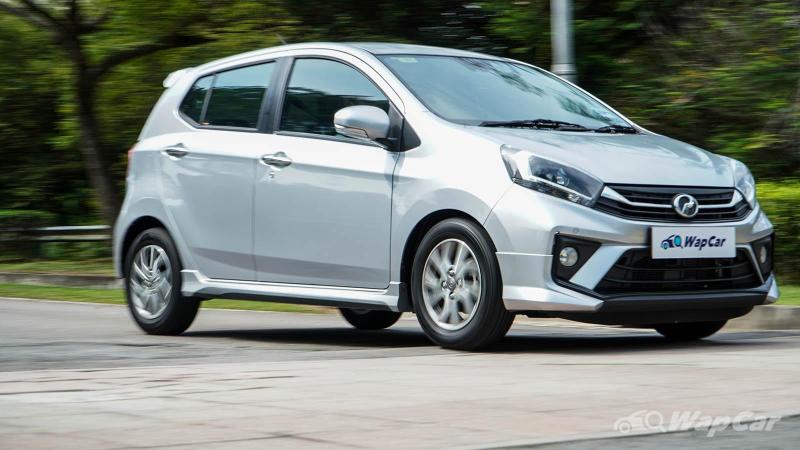 The Perodua Axia feels decently quick in city traffic, but once you get on the highway, it is obvious that the Axia needs to work a little harder to keep up with traffic. Overtaking manoeuvres require a little bit of foresight. If you want a more relaxed highway driving experience, a bigger displacement or a better transmission is the answer. 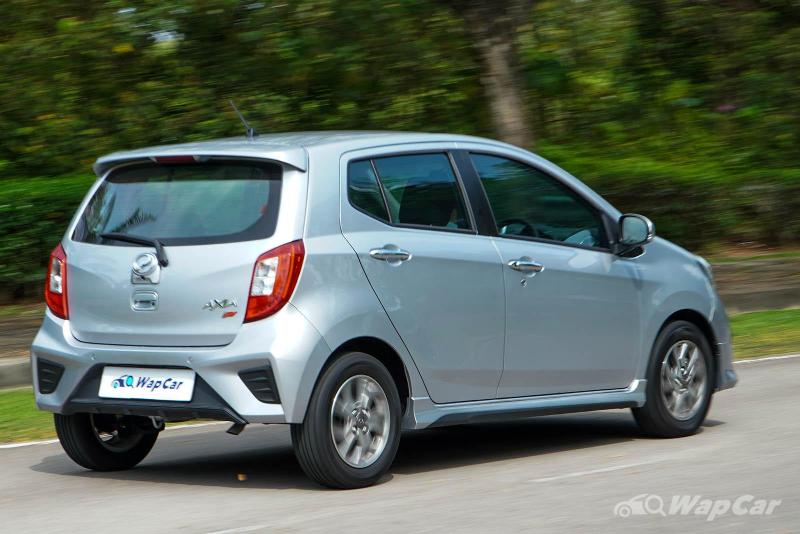 The Axia isn’t fast but quick enough for city driving. NVH isn’t that great, but that shouldn’t be a problem for younger drivers.

If convenient and affordable personal transportation is what you are looking for, the Axia is an option you should consider. Being one of the cheapest cars in the market, it’s hard to complain about the Axia’s shortcomings. It's certainly in our Top 5 best cars for first time car buyers.