HomeNewsShould you pay HR-V money for a Mitsubishi Triton Athlete? Perhaps, it's not so illogical Should you pay HR-V money for a Mitsubishi Triton Athlete? Perhaps, it's not so illogical 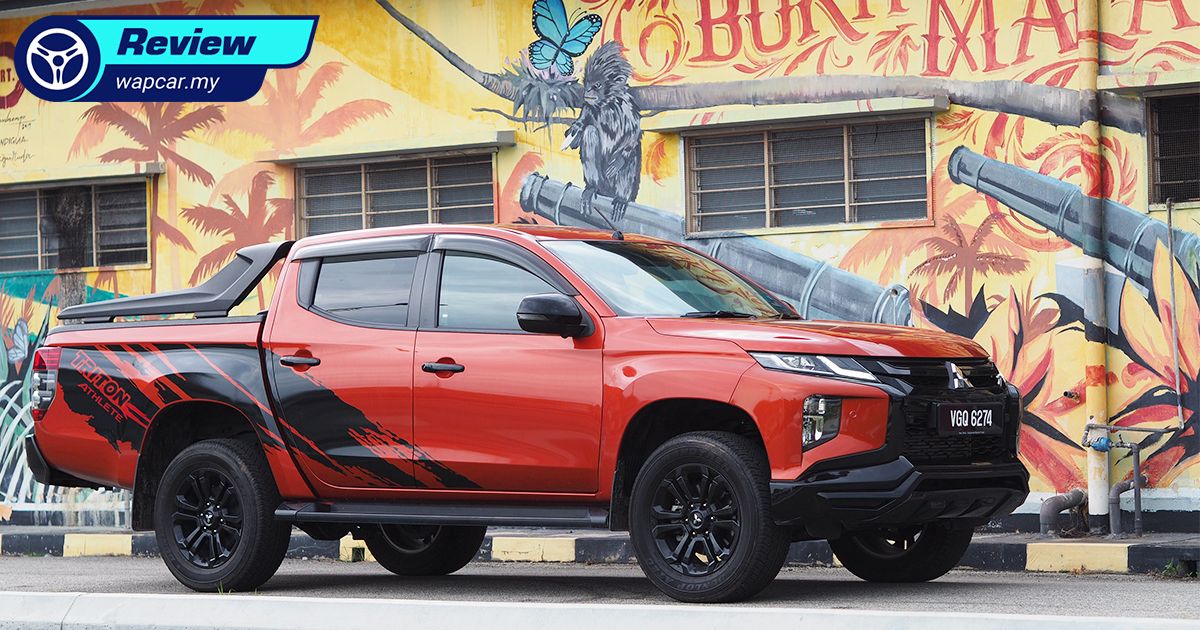 Youngins among us probably won't remember a time where pick-up trucks weren't sold to people like you and me. Only companies could buy one, and whichever lasted the longest without its wheels falling off sort of guaranteed sales of future iterations. 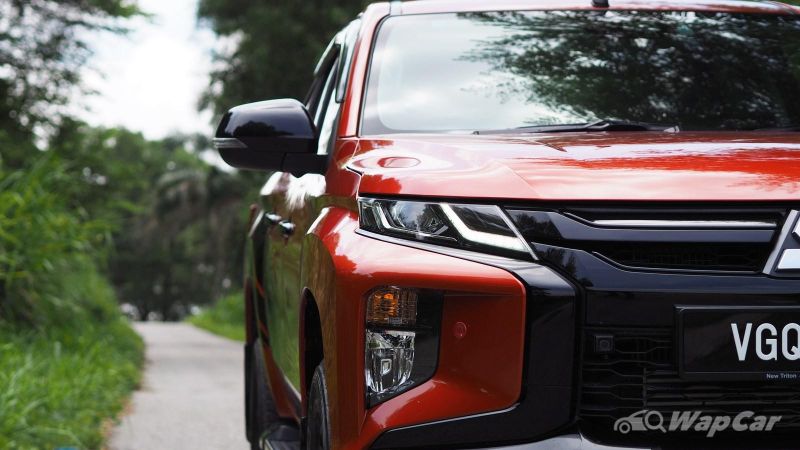 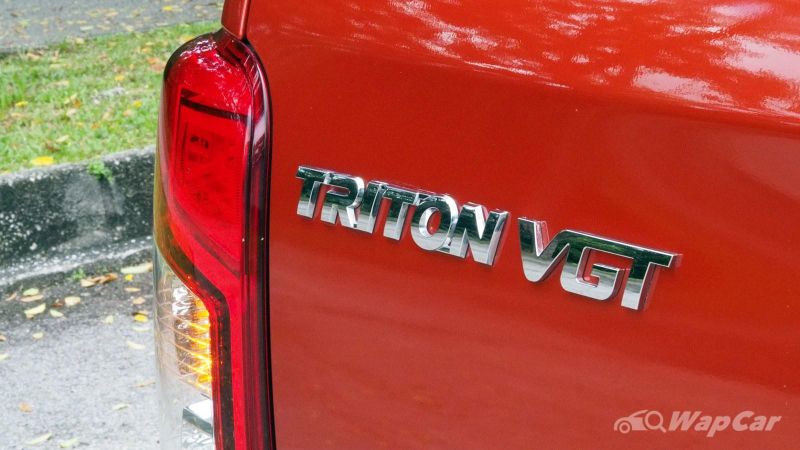 At the tail end of the Asian Financial Crisis, sales of pick-up trucks were opened to private individual buyers; with the intention to spur car sales and at least CPR the economy being some of the commonly-understood reasons. 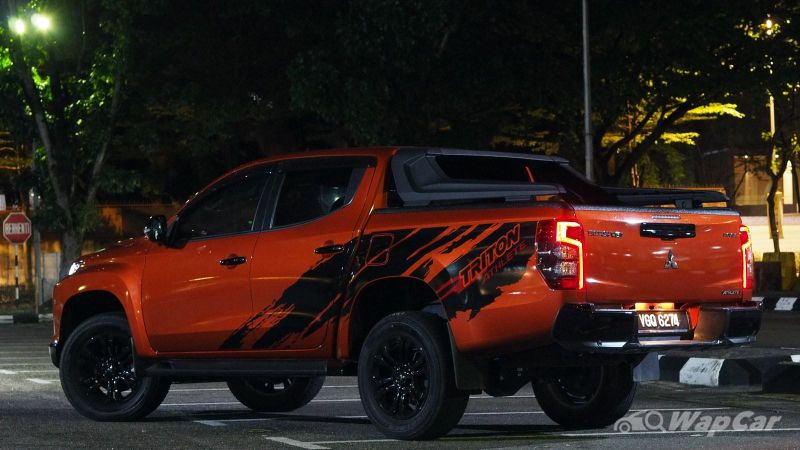 But whatever the rationale, the ripples created 'lifestyle trucks' as we know them today, and I'd even go out on a limb and say it's one of the biggest shifts our car market has seen – electrification brouhaha aside. 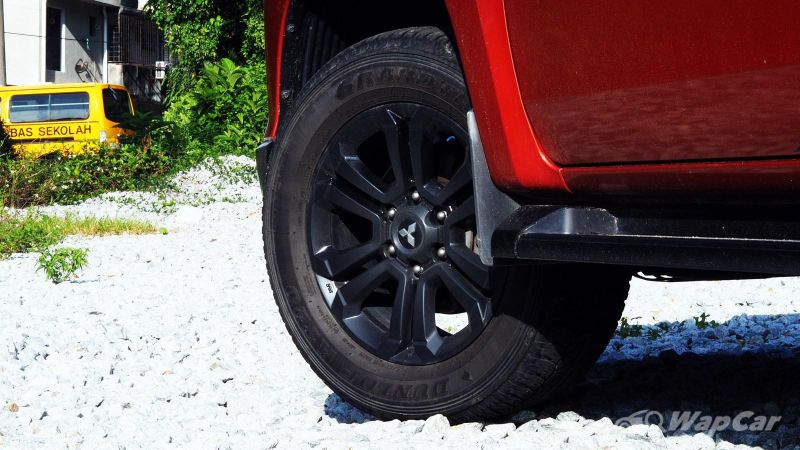 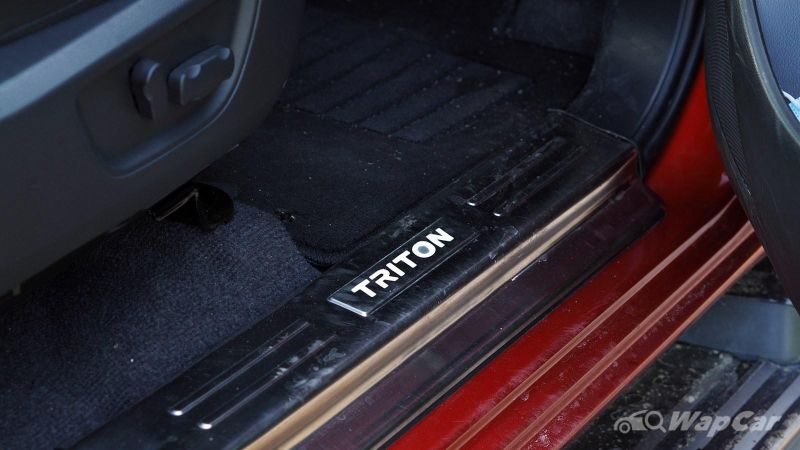 Fast forward decades since then, and this whole culture's got people finding out whether is it really worth paying Civic/HR-V/what have you money for a truck? Perhaps it is, perhaps it's a fool's errand, and that's why I've got the 2022 Mitsubishi Triton Athlete with me for a week. 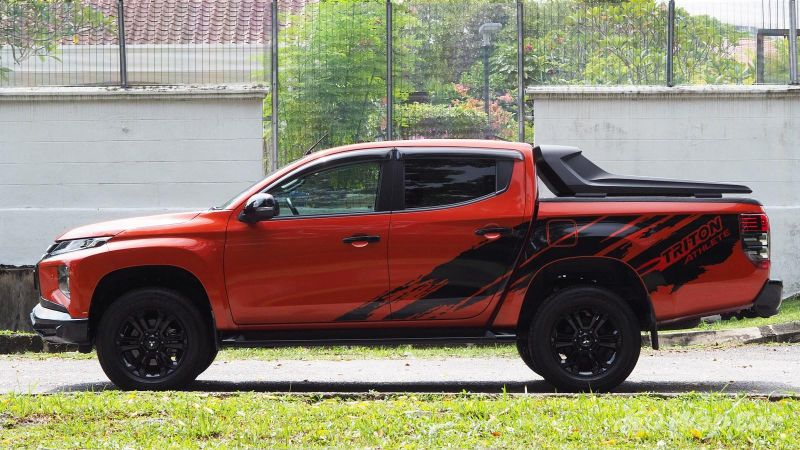 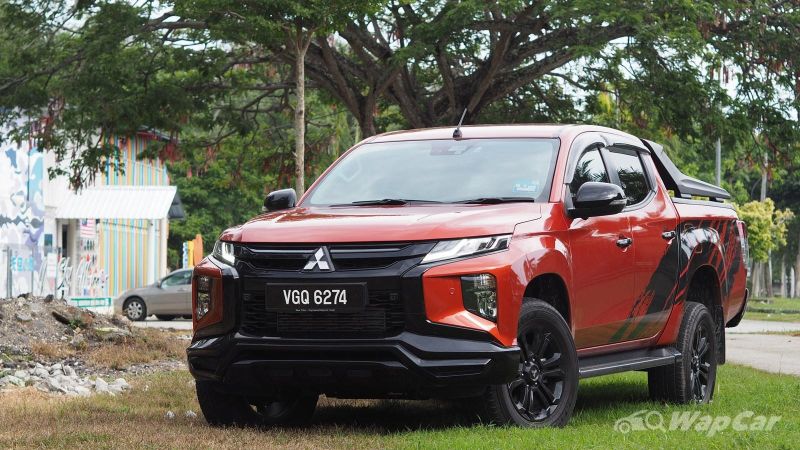 If making EVs are a simple enough job – but not simple enough that any startup can excel at, as the Kia EV6 shows – then perhaps making a truck that makes customers not rue the decision to forgo a sedan a relatively difficult task. 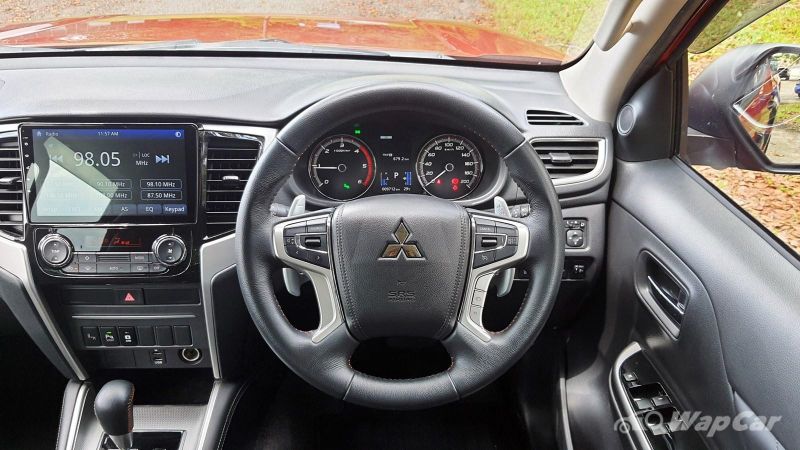 But unlike what most people think, off-road prowess doesn't have to be at the cost of on-road discipline. Sure, a locking rear diff and great performance off the tarmac is a bonus, but a lifestyle truck should be multi-talented. It's just good for business.

And that's where the Triton gets going. It offers enough to be quite the compelling option, and in this variant it's hard to complain about too much.

Buy a base model and kit is sparse, but go for this Athlete, the top of the 4x4 range, and you'll get leatherette electric seats, 6 speakers, a 9-inch touchscreen that plays nice with phones because of Android Auto and Apple CarPlay connectivity, as well as Mitsubishi's tried-and-tested Super Select II 4WD as part of your RM 146,600 package.

Also read: This is why the Mitsubishi Triton's Super Select 4WD II is the best 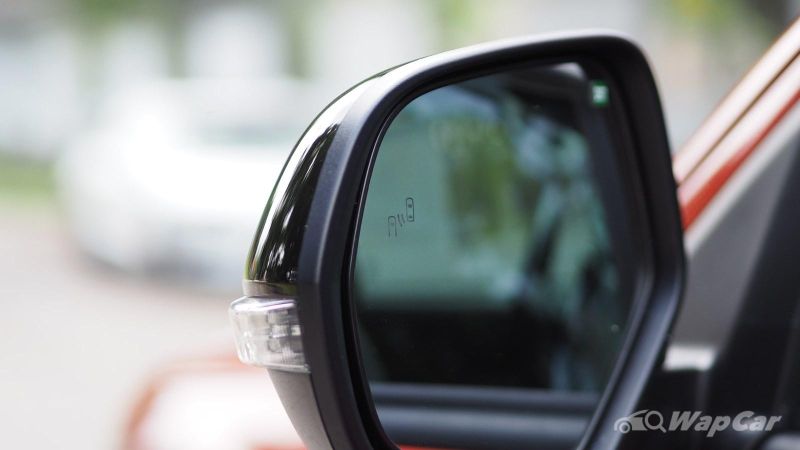 As far as safety goes, there's 7 airbags, and a whole host of ADAS: forward collision mitigation (warning and braking), blind spot warning with rear cross-traffic alert, lane change assist, auto high beam, and pedal misoperation control. So it's not a roughneck, at least where these things are concerned.

Can we live with one? 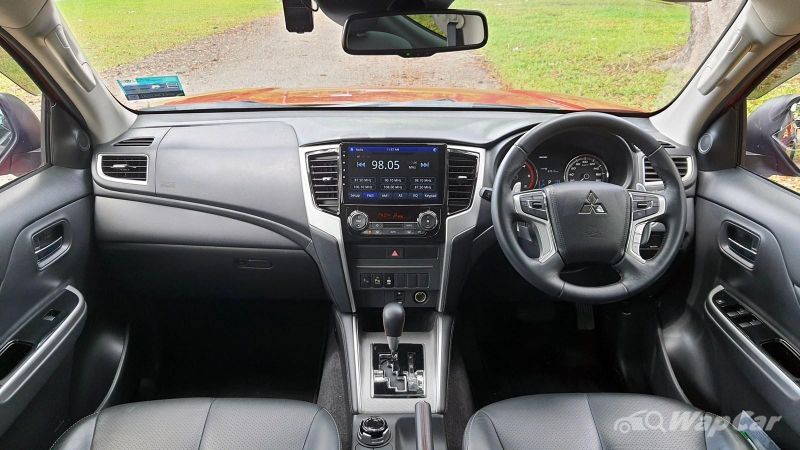 The Triton is perhaps one of the easier trucks to slip into, and despite sitting tall, visibility is expansive enough that it won't scare first-timers away.

Combine that with the simple-to-understand controls and how everything is logically placed throughout the cabin, on the whole this isn't a very imposing thing. 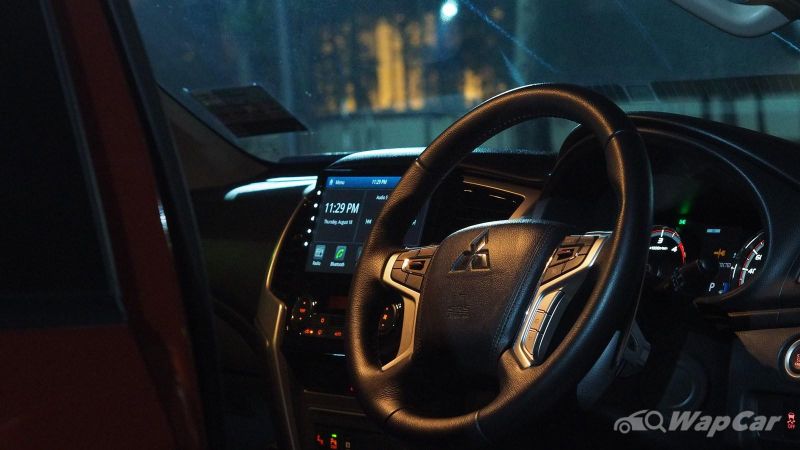 You are not going to buy a Triton for the tactility of its materials. Perhaps what matters more to buyers will be how hardy everything is, and Mitsubishi understands this, giving it a tidy interior with less of the frills...but just enough to be nice. Even the touchscreen works well with wet hands. 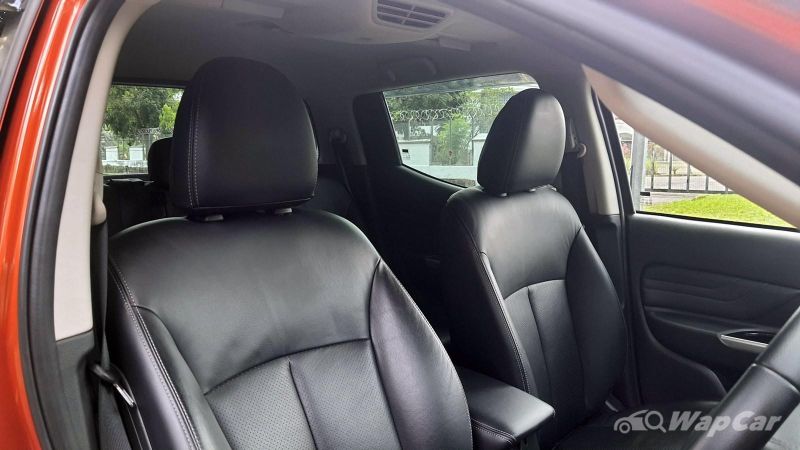 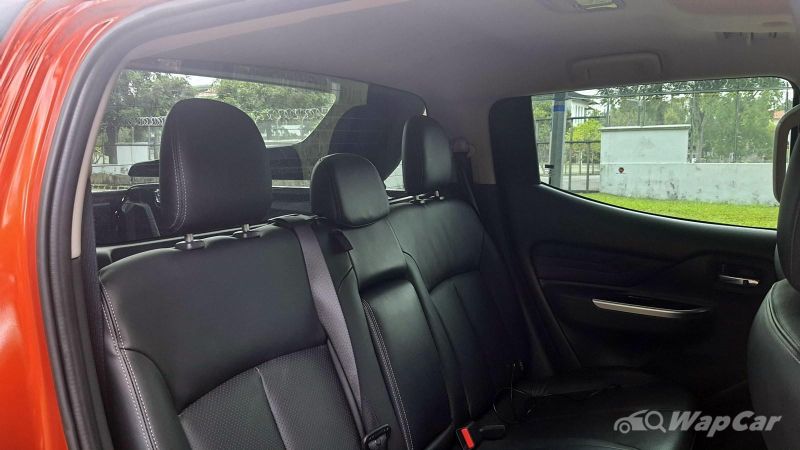 Fair play to Mitsubishi though, they've given it good seats at least. The fronts are comfortable enough with enough bolstering and electric adjustments, but it's the back that'll matter more to you if you're considering this as your sole 'do-everything' car.

The trademark J-curve of the rear seats? We feel this is the biggest seperator between the Triton and say, the Hilux. After our roadtrip, it was enough to lull my passengers to slee, and that in itself is testimony enough for us. 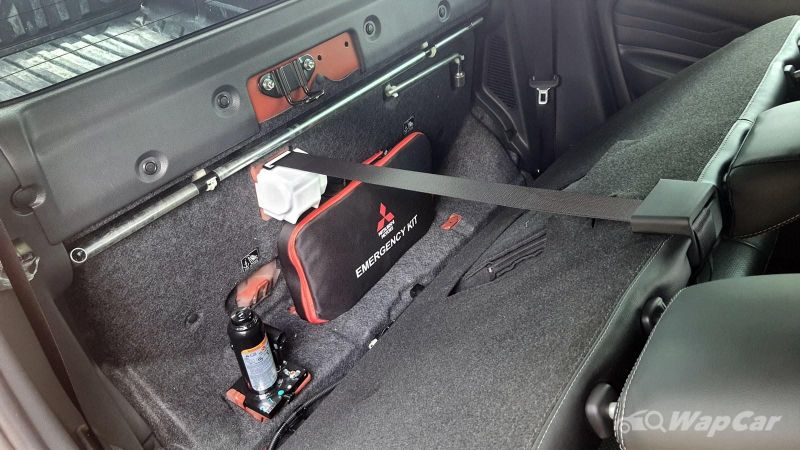 It's the little things in the Triton, really. One of the inherent foibles of a truck is the exposed bed, yet there usually aren't many storage solutions within the interior. Having the space to hide small bags behind the rear seats is then a very welcomed middle-ground solution.

Driving it on regular roads – down to Kuala Selangor one day, up to Bentong on the other rainy day – is a good example to its friendliness.

Yes, Super Select II is nice and all, but I wasn't clamouring to use it just to dig points I liked about the Triton, and that's important. Sure if the situation presents itself I'll be glad its there, but there's already a lot to like without using that.

Instead, the sharp 5.9-metre turning radius is easier to appreciate, especially since it saved me the trouble of having to do an awkward three-point U-turn on a tight kampung road, or getting out tight parking spots. 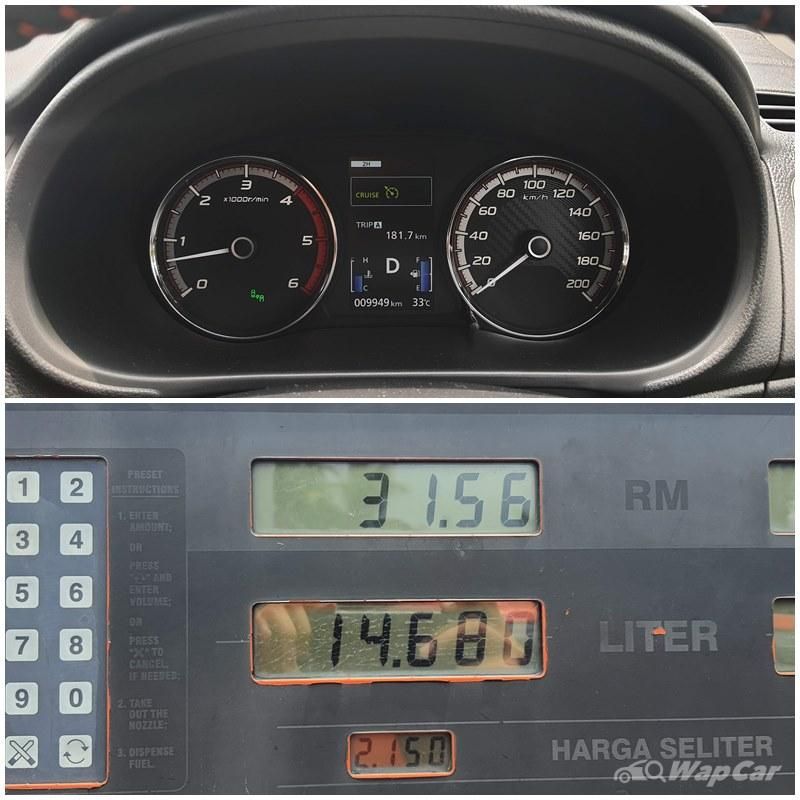 Speaking of roads, the Triton will eat up the highway miles. The 2.4-litre turbocharged engine (181 PS / 430 Nm), married to a smooth-shifting 6-speed automatic, fades to a quiet background hum. Fuel efficiency was stellar, returning 8.1-litres/100 km, though these were mostly highway mileage. 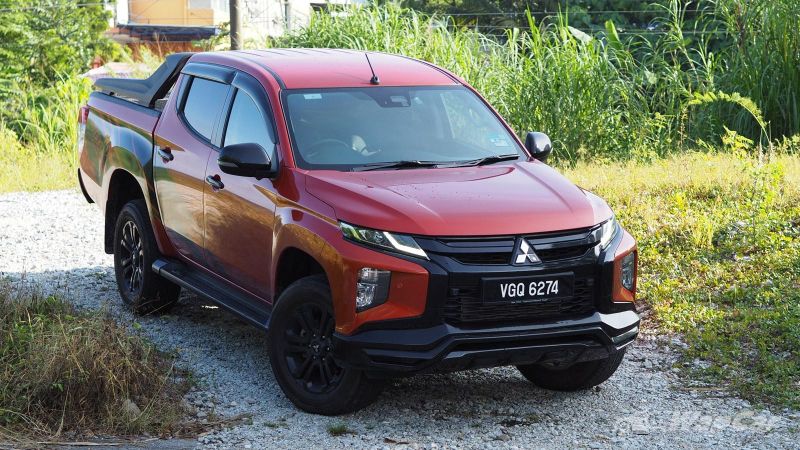 Plenty has changed in consumer behaviour, and these days it's not uncommon to cross-shop between entire segments, let alone brands. If the price is right and one get the most amount of metal from my money, why not? 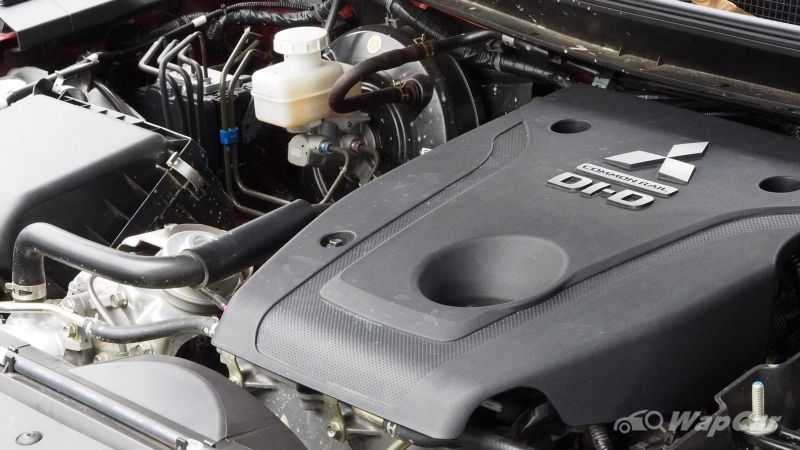 For RM 147,000, the Triton Athlete sits in a price range that's populated by the Civic, HR-V, and Corolla Cross, in addition to going up against rivals like the Hilux, Ranger, and D-Max.

Sure in terms of kit you might lose some, gain some – adaptive cruise control would've helped its case immensely, and the heavy, undamped tailgate can dent a child's head if you're not careful – but the Triton Adventure X's trump card is in scratching that 'want' itch, yet offering enough to not be an entirely senseless, heart-guided decision. 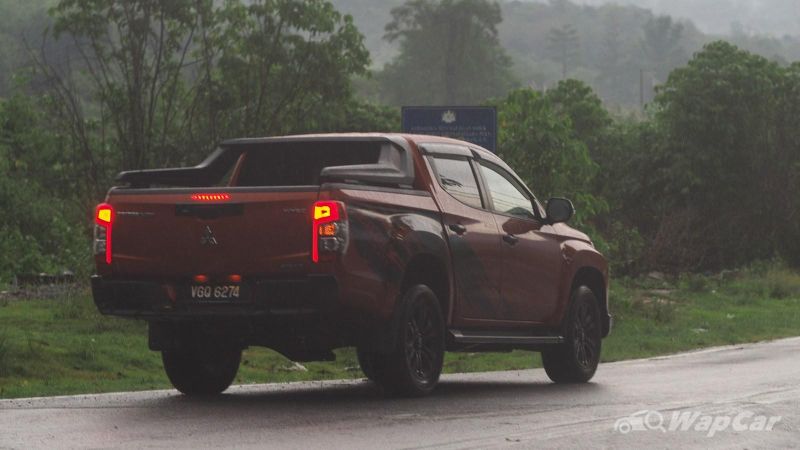 In a world so densely built around facts and figures, it's hard to find something you simply want without making too much sacrifices. The line between that and still remaining practical enough is a very slim one to balance on, but Mitsubishi's done that with the Triton – and for that, it deserves respect.