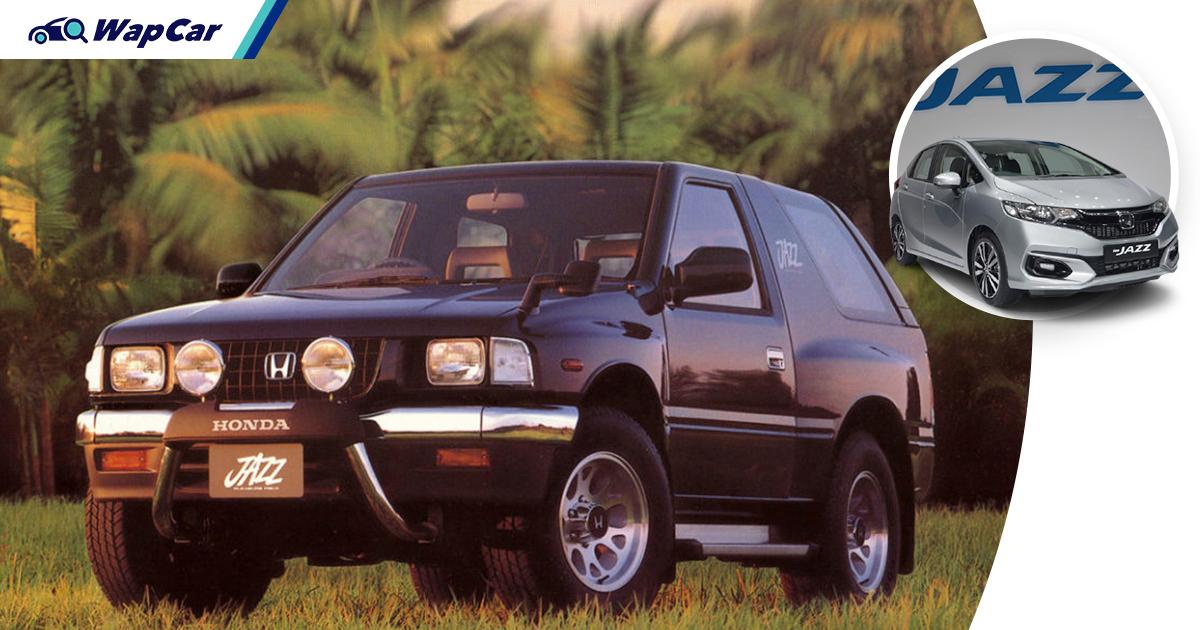 The Honda Jazz is turning 20 this year and after 3 generations of introducing practicality in a hatchback, the latest fourth-gen will not be arriving in Malaysia. Instead, we will be getting the City Hatchback which has been making waves in Thailand and Indonesia. 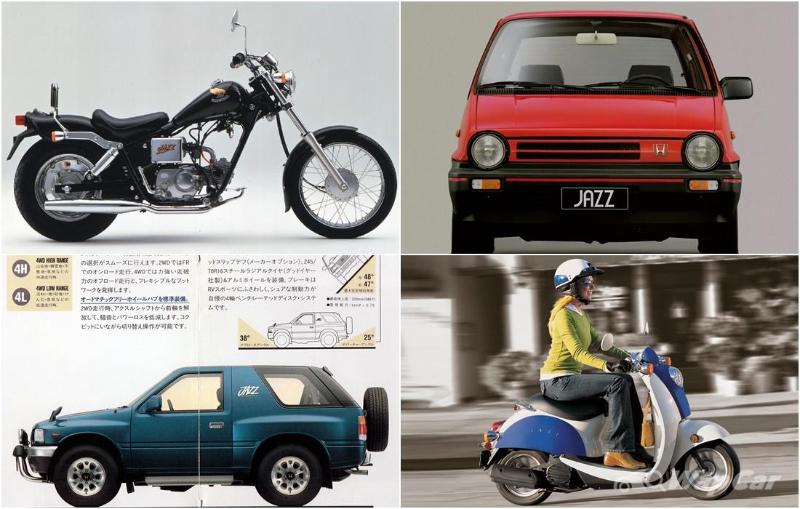 While we wait for its arrival, did you know that the Jazz nameplate was placed on five different Honda vehicles? Aside from the hatchback we know and will miss, the name was used on the European-spec City AA, a scooter, a cruising motorbike, and an SUV.

That SUV was the only time Honda ever used the Jazz name on its cars in Japan and needless to say it was a forgotten model. However, the story behind how Honda and Isuzu became partners is truly interesting and it all began with the Land Rover Discovery.

In the 1980s, Honda partnered with Austin Rover as the beleaguered British carmaker was out of money to develop new models. The result was a few Hondas disguised as Rovers including the Rover 400 (a rebadged Honda Concerto) and the Rover 800 (based on the Honda Legend). 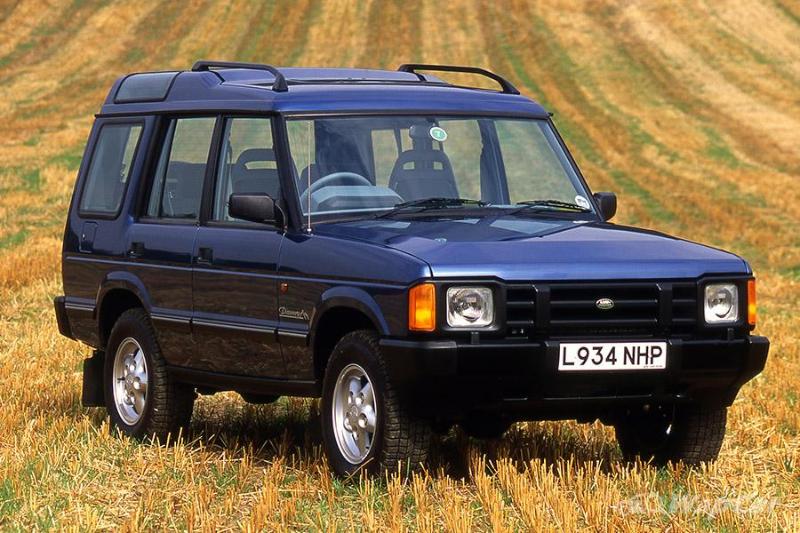 As SUVs began to rise in popularity in the 1990s, Honda wanted a piece of that pie but it has never built one. While developing the CR-V, Honda asked Rover for help. 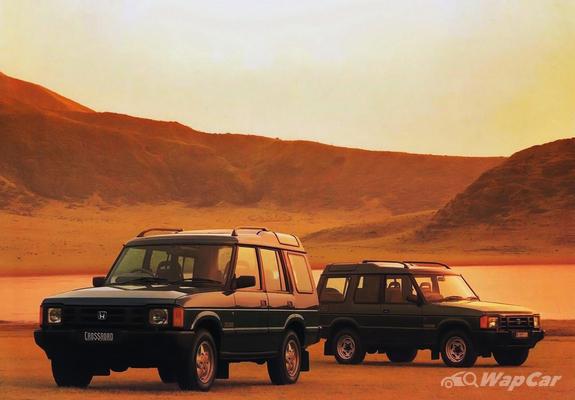 Rover’s partnership with Honda was more one-sided as Rover gained a couple more modern models in its line-up while Honda received very few returns. The Japan-only Crossroad seemed like a curious addition to Honda’s line-up and was essentially a Land Rover Discovery with a Honda badge. 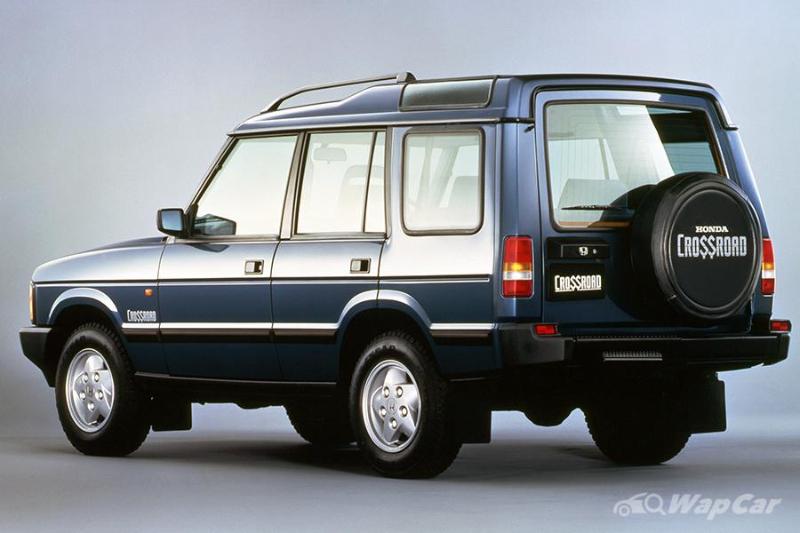 The Crossroad became the only V8-powered Honda model but it was woefully unreliable. It was even recalled at one point because of a malfunction that caused the driver’s door to open while driving. 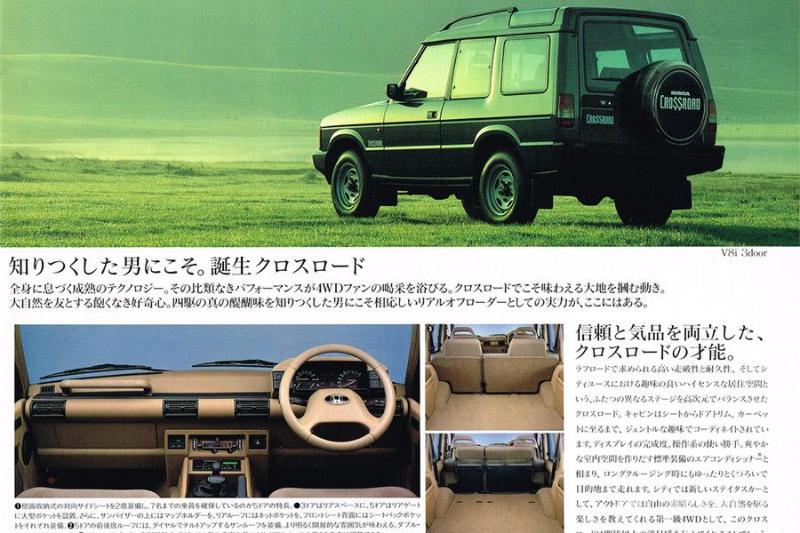 Behind the scenes, things weren’t working out between Rover and Honda. When the British carmaker announced its sale to BMW, Honda filed for divorce and probably ate tubs of ice cream over this betrayal.

Honda desperately needed a partner to build its own SUV as it would take a few more years before the CR-V was launched. Luckily, they found one much closer to home.

A collaboration born out of necessity 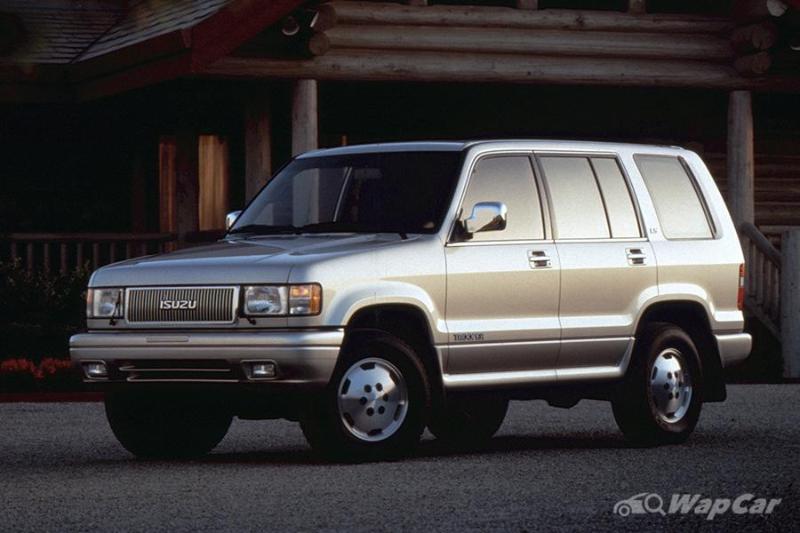 Isuzu was and still is a brand that many would associate with building great SUVs and trucks. Aside from making some of the most durable diesel engines on the planet, it was looking to capture some presence in the passenger car market in the 1990s.

Also read: Isuzu is the only truck that scientists in Antarctica trust their lives with, here’s why

Japan's oldest automaker did produce their own cars at the time, mostly with the help of General Motors. After being offloaded by GM, Isuzu needed a new partner in building its non-SUV and truck line-up. 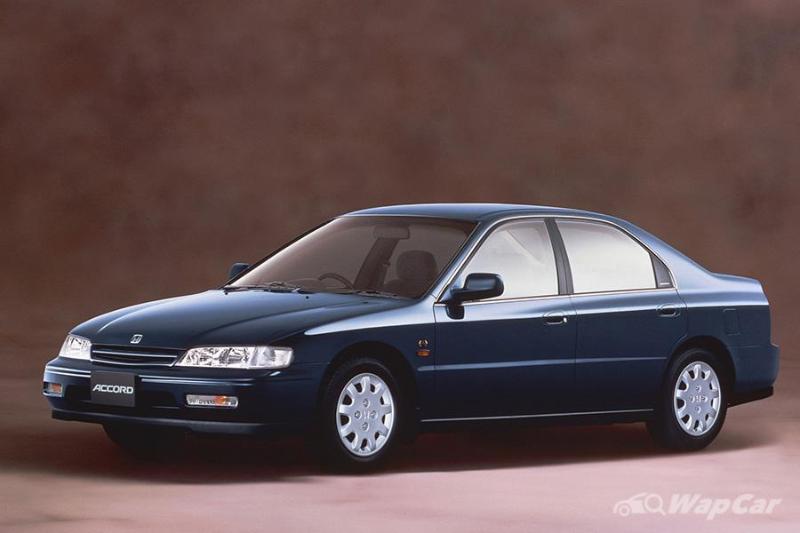 With Honda wanting a partner for its SUV expedition and Isuzu looking for someone with the know-how of regular cars, this seemed to be a match made in heaven. 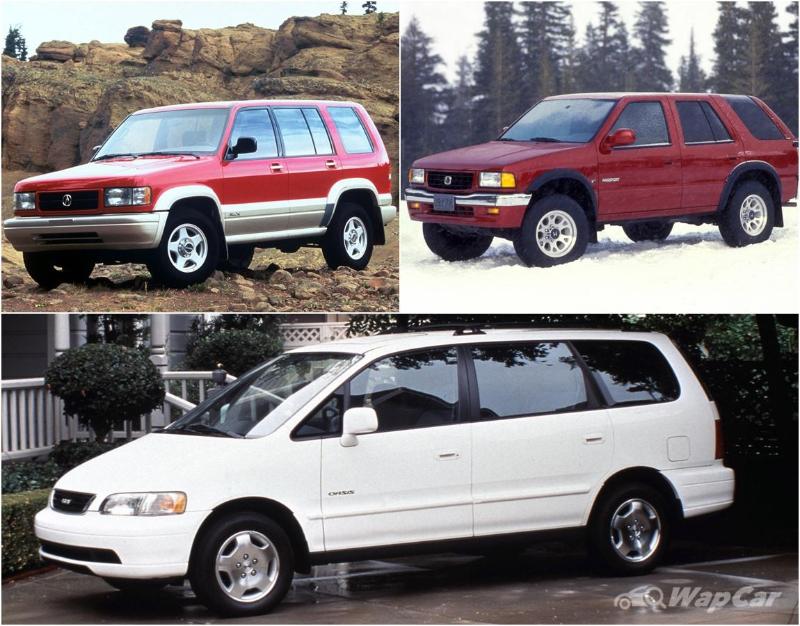 In 1993, Isuzu and Honda made a deal that would see a few models with their badges swapped in three markets – the USA, Japan, and curiously Thailand. The following were the models and their original counterparts for each market: 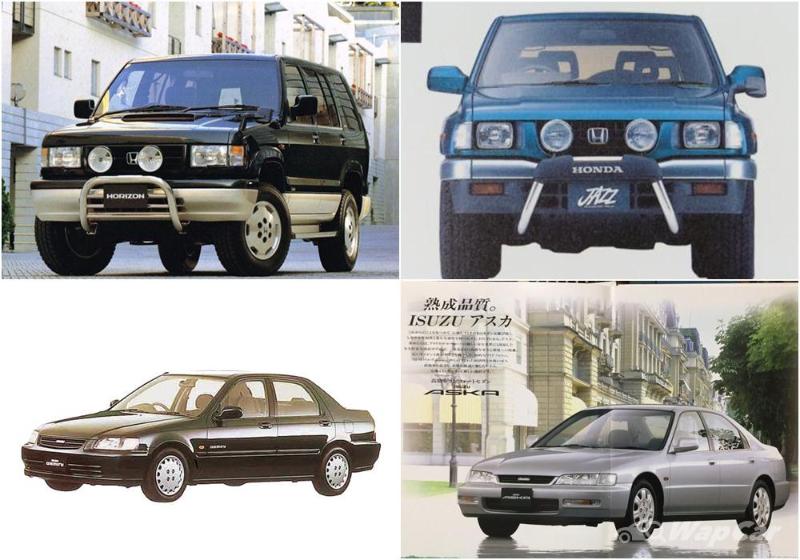 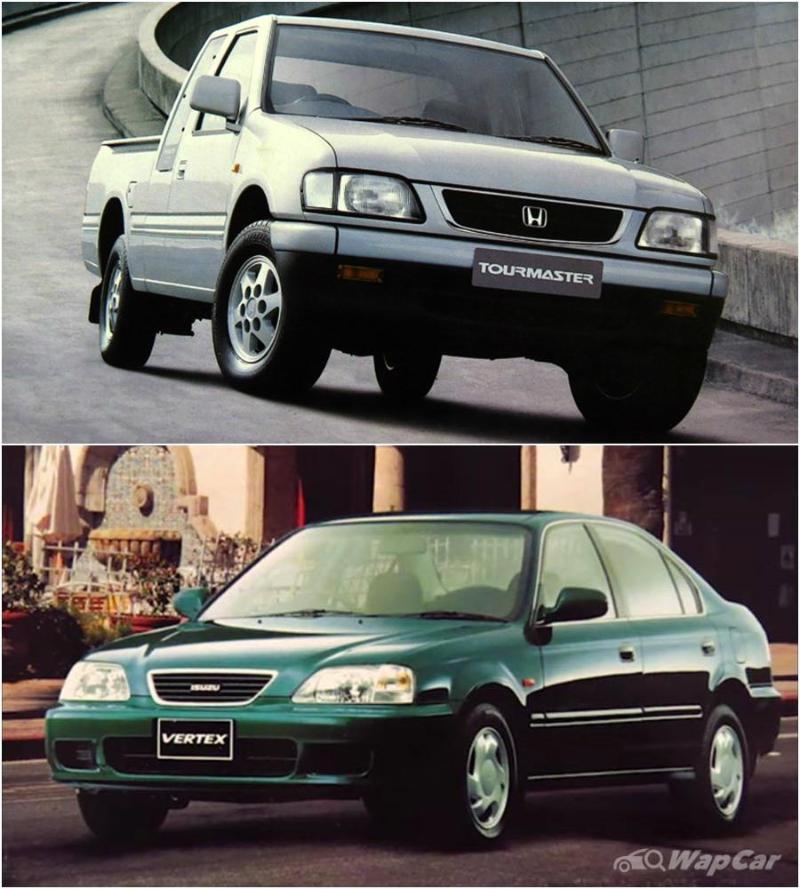 We’ll talk about the Isuzu-Honda partnership in Thailand in a future article. For now, the focus is on Honda’s weird SUV combos with Isuzu.

The reality of a flawed partnership 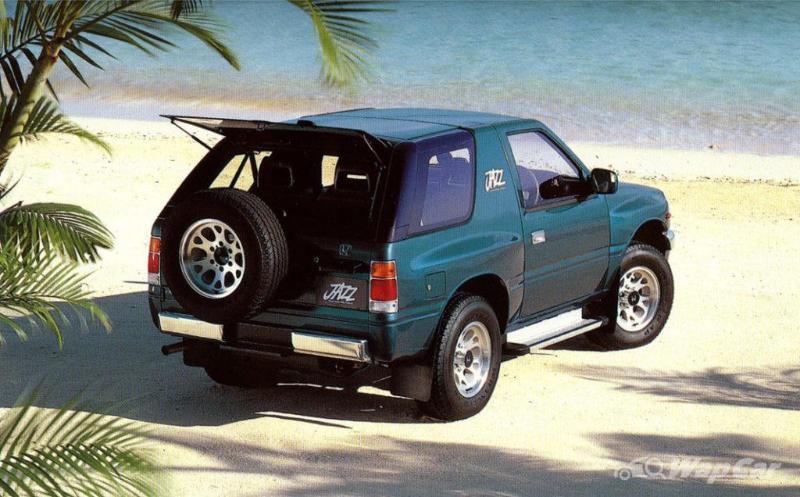 The Honda Jazz SUV was a rebadged Isuzu MU which was also sold in Malaysia as the Opel Frontera. While the Frontera and MU were offered with a 5-door body, the Jazz was strictly only 3-door. It had a funny tagline - Pleasure Field. 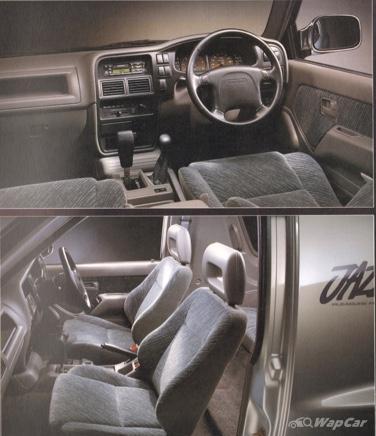 Besides the funky 90s script on the B-pillar and the H-badge, it was all Isuzu underneath. That included the engine which was a 3.0-litre turbodiesel (120 PS/270 Nm) paired to either a 5-speed manual transmission or a 4-speed automatic. 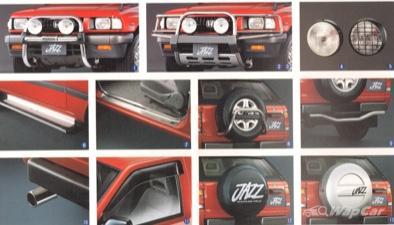 As the Jazz was meant to be a pleasure on the field, Honda offered accessories to make it ready for off-road. Honda’s version was also a little more upmarket with features like electrically retractable heated door mirrors available as standard. 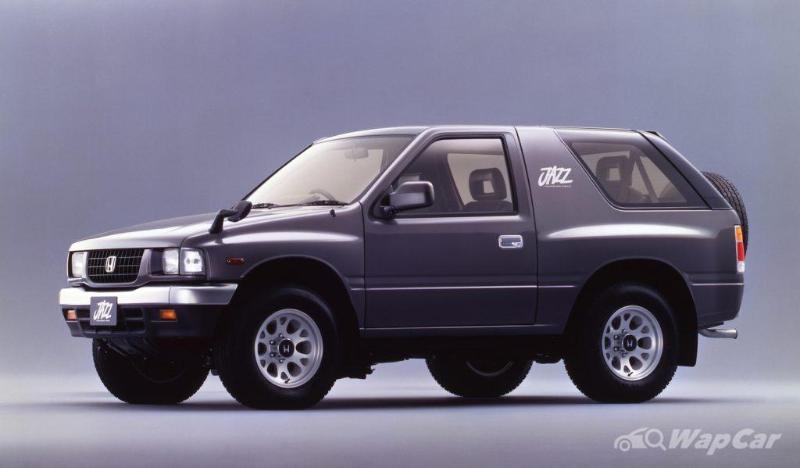 However, the Jazz SUV suffered from very poor sales in Japan alongside the truly forgotten Honda Horizon. The same went for the Isuzu Gemini and Aska, all four models sold poorly compared to their original counterparts.

Things were a little better for the Honda Passport in America but sales of the Acura SLX and Isuzu Oasis were miserable. The latter models were discontinued shortly after. 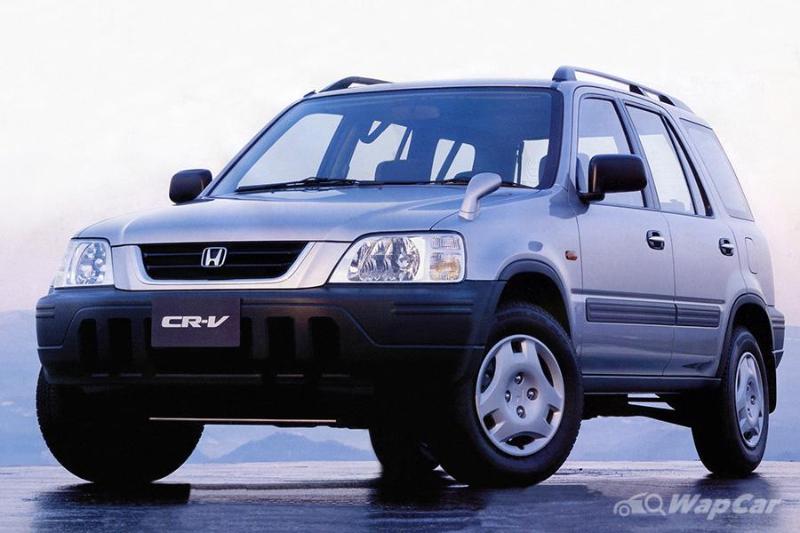 In short, while those rebadged Isuzus and Hondas felt weird, the reality was that this partnership wasn’t meant to last for both brands. In the US and Japan, the H-badged Isuzus were mere placeholders for the incoming CR-V. 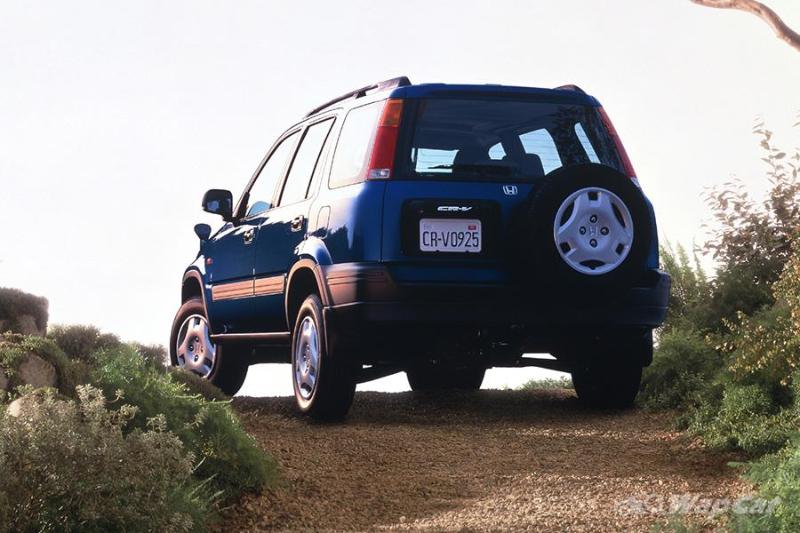 After the CR-V was launched in Japan and America in 1995 and 1997 respectively, Honda saw little reason to continue selling the rebadged Isuzu SUVs. While the Passport continued to be sold all the way until 2002, sales of the other models ended as the CR-V began to rise in popularity.

Also read: 25 years of the Honda CR-V - All you need for a family car 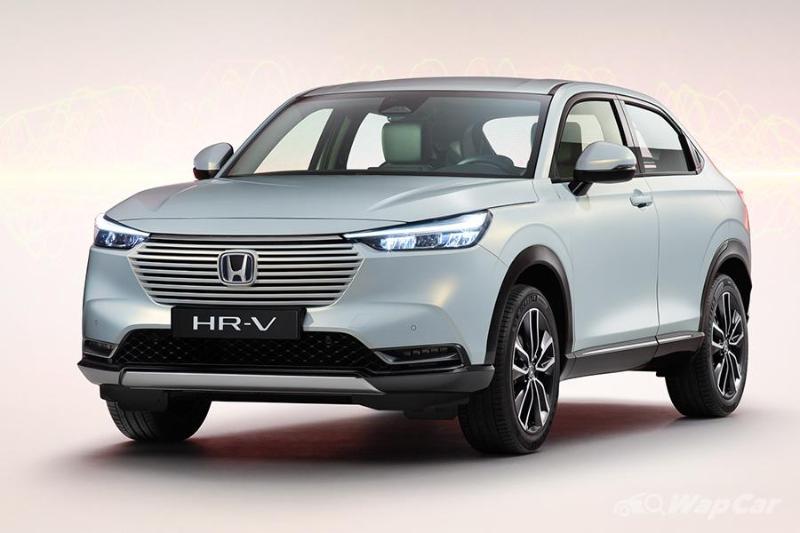 Eventually, Honda produced more SUVs including the HR-V while Isuzu’s own passenger car market ceased to exist. Just like the Rover-Honda partnership from the 1980s, this was a partnership that saw very few benefits for one but plenty of gains for the other. Honda was on both ends of the spectrum in these collaborations.

Also read: Worth trading in your X50? Guide to the all-new 2021 Honda HR-V, mulled for Malaysia