Home > News > The 7 most reliable engines in Malaysia, which cars have them?

The 7 most reliable engines in Malaysia, which cars have them? 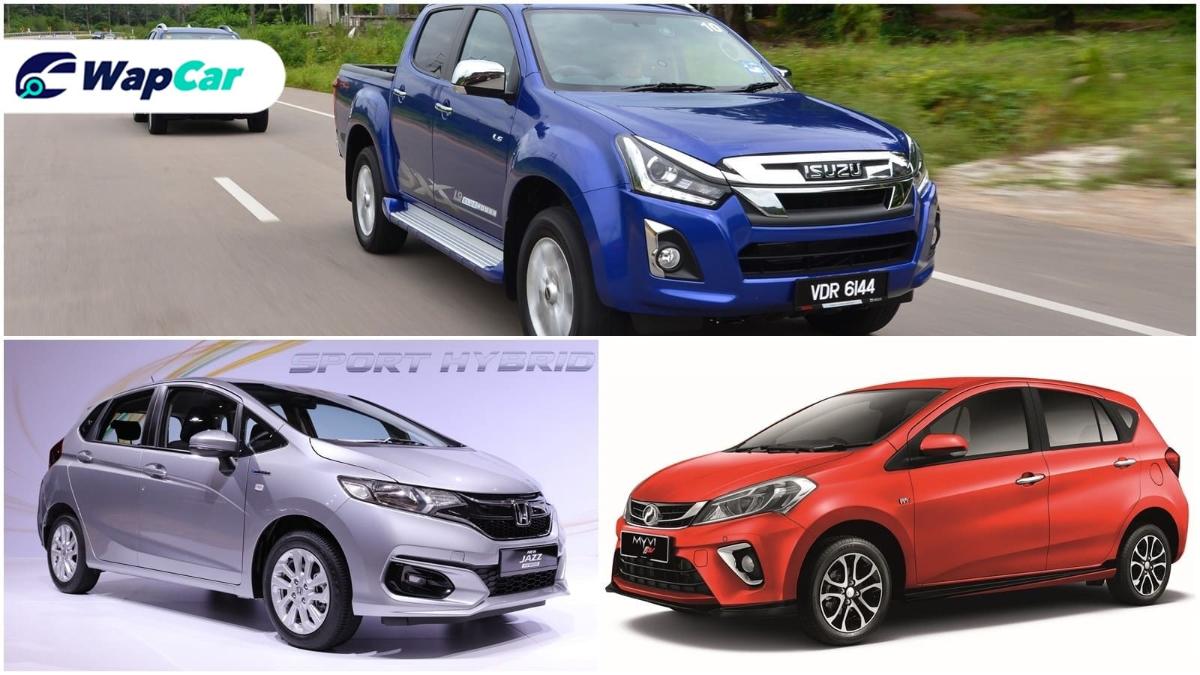 A modern day’s car engine is typically developed to have a service life of around 15 years/250,000 km, provided that you diligently follow the recommended maintenance habits listed in the owner’s manual. Of course, there are many cars that can do a lot more.

The problem with looking for a reliable engine is that they are often the ones with the least features. There are no two ways about it – with greater complexity and finer the tolerances, there is a higher probability of things going wrong.

This is also why no iPhone will outlast a Nokia 3210, but which user wants to pay decent money for a rudimentary Nokia 3210 today?

So here’s our pick the most reliable engines available in models on sale today – in no particular order. 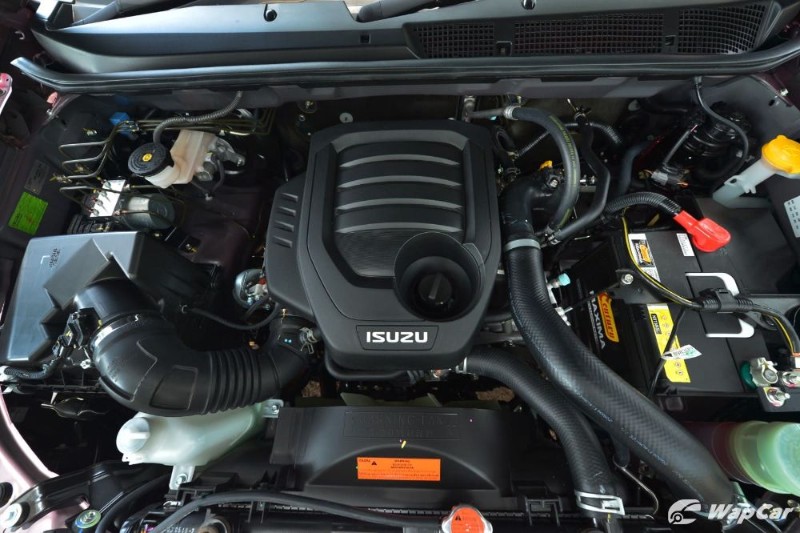 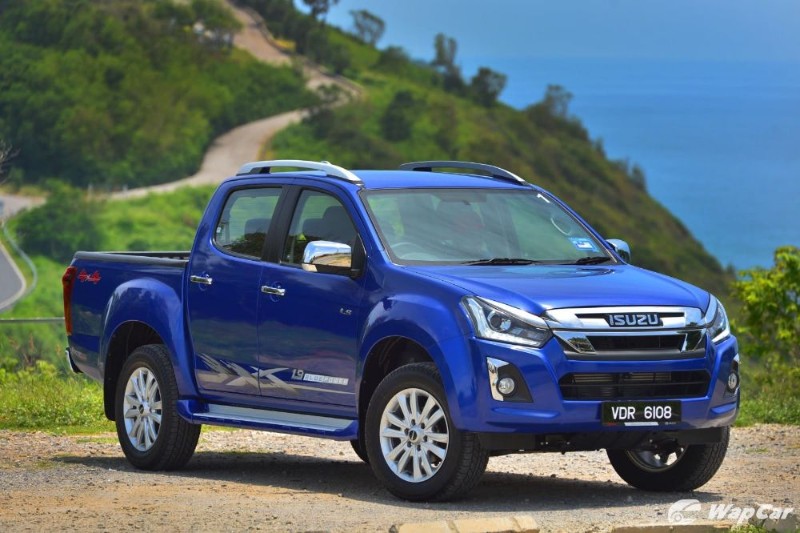 Generally, all Japanese pick-up trucks are super reliable. Between a Toyota Hilux, Mitsubishi Triton and an Isuzu D-Max, what separates them is where the model sits along the lifestyle vs workhorse spectrum.

Among the trio, the most workhorse-oriented one is the Isuzu D-Max. Without having to pander to frivolous things having a pretty looking design and chasing for more power, the RZ4E-TC is developed with a laser-like focus on what matters most to business owners/trades people – low running cost and supreme reliability. 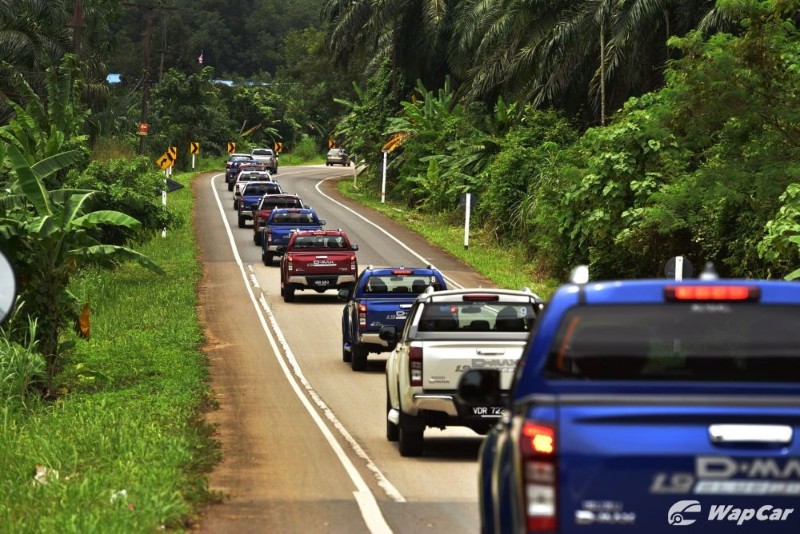 There’s nothing fancy about the D-Max’s engine. Everything that it has, is matched by its rivals. It’s just that it’s made to keep going for a very long time, and will probably run fine even when fed with diesel taken from an oil drum in the middle of a jungle. 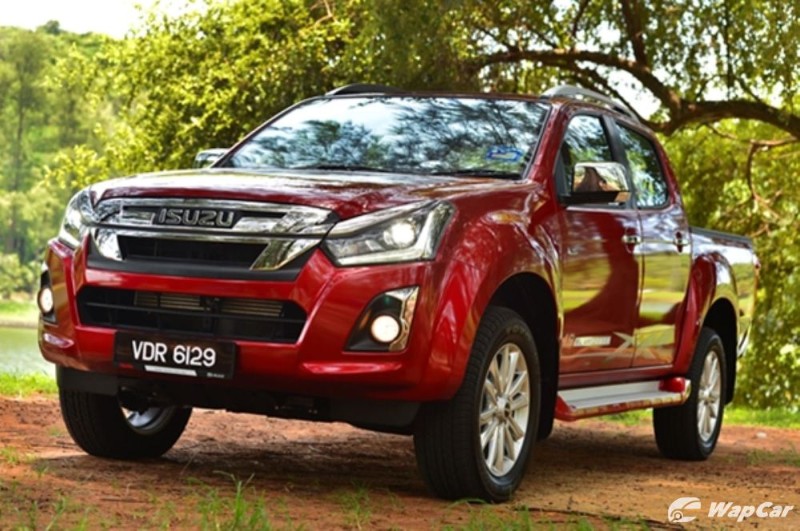 Go to Sabah/Sarawak, or even Thailand, and you will see D-Max of all generations with well over 400,000 km on the odometer. This 1.9L BluePower Ddi might be new in Malaysia, but it’s been sold in Thailand since 2015, more than enough time to prove its durability. 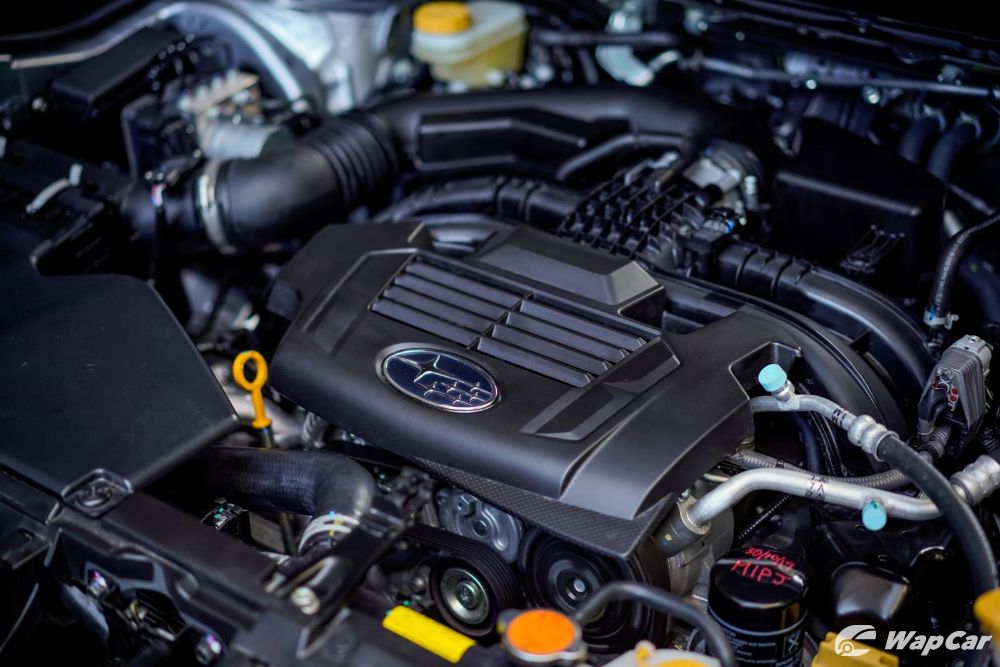 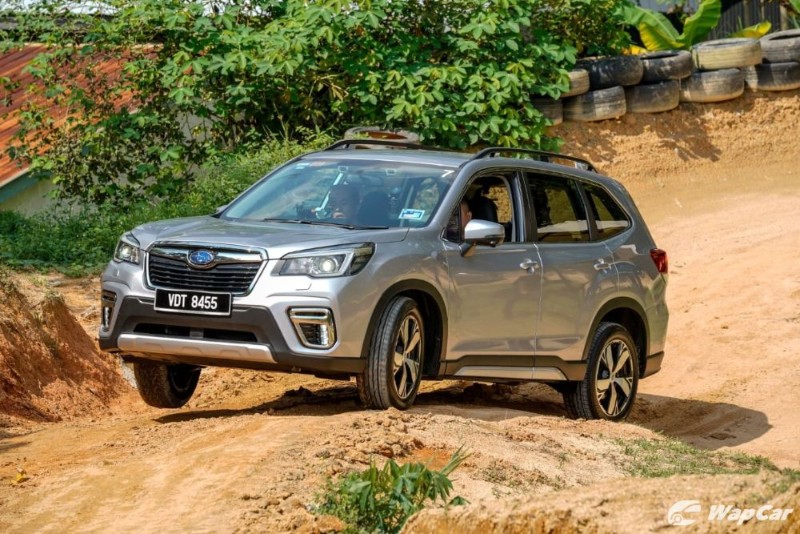 Toyota might be synonymous with reliability but actually, Subarus are just as hardy. The 2.0-litre FB20 ‘boxer’ engine is nothing special. There’s no turbocharging, but at least it does have direct injection, makes a pretty acceptable 156 PS at 6,000 rpm and 196 Nm at 4,000 rpm, but it’s one of the most reliable engines out there. 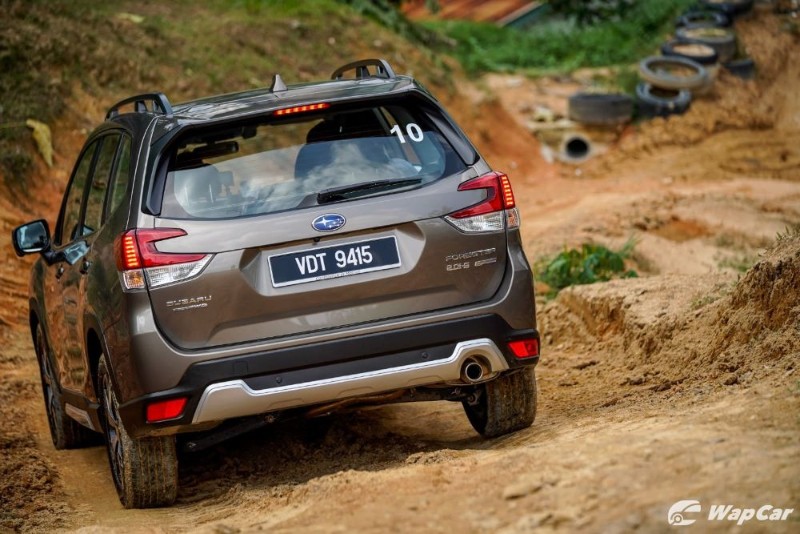 Remember that Subaru is the company that chased a different sort of speed record. In 1989, the Subaru Legacy set a world endurance record for driving at its top speed for 100,000 km, averaging 223 km/h. The company knows a thing or two about building things that last, probably more than Toyota. 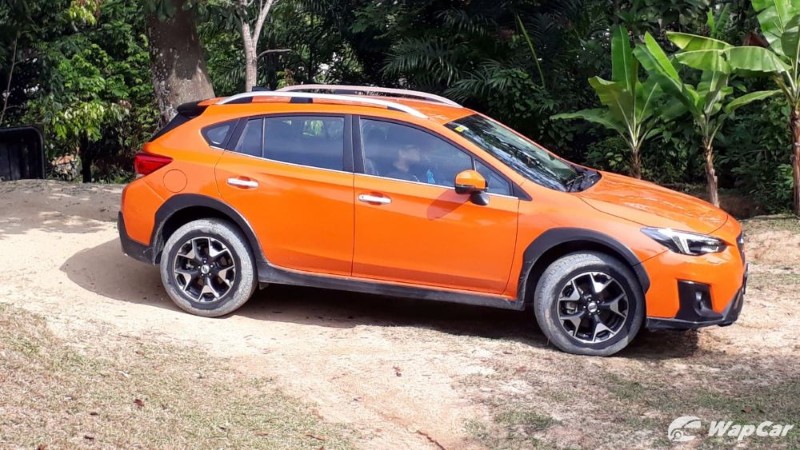 Mechanically, Subarus are super reliable but that doesn’t mean that they are cheap to maintain. The nature of ‘boxer’ engines means that simple jobs like replacing the spark plugs can become unnecessarily complicated, and with not one, not two, but three differentials, the all-wheel drive Subaru XV and Forester also cost a bit more to service.

But you in return, you do get a very high level of ride and handling that’s not found in an equivalent Toyota or Honda. 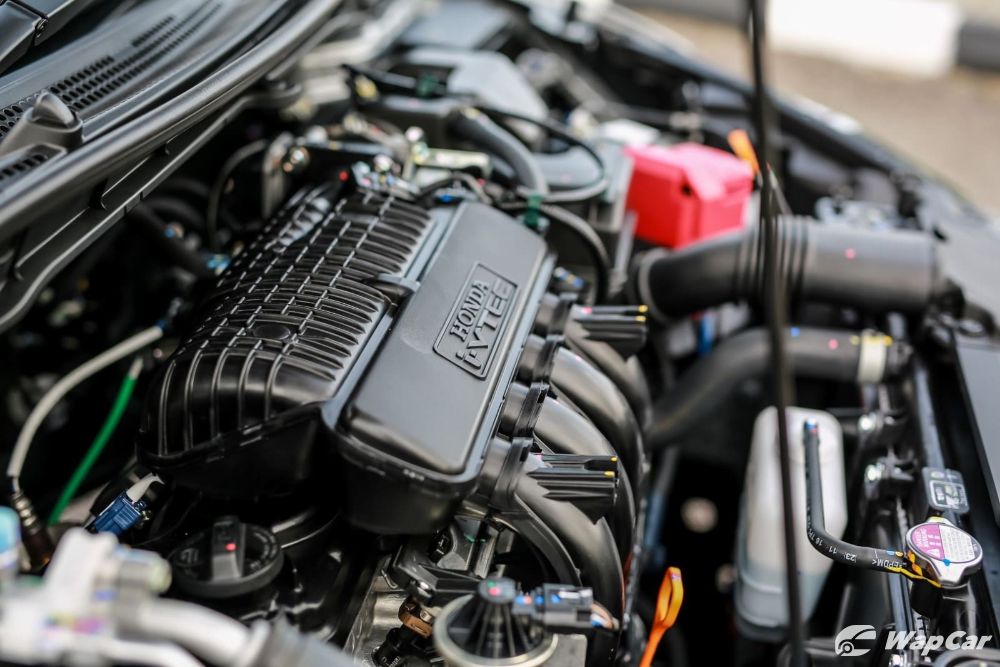 First launched in Malaysia in 2008 in the GM2-generation Honda City, the 1.5-litre naturally aspirated L15A i-VTEC is a very old engine. 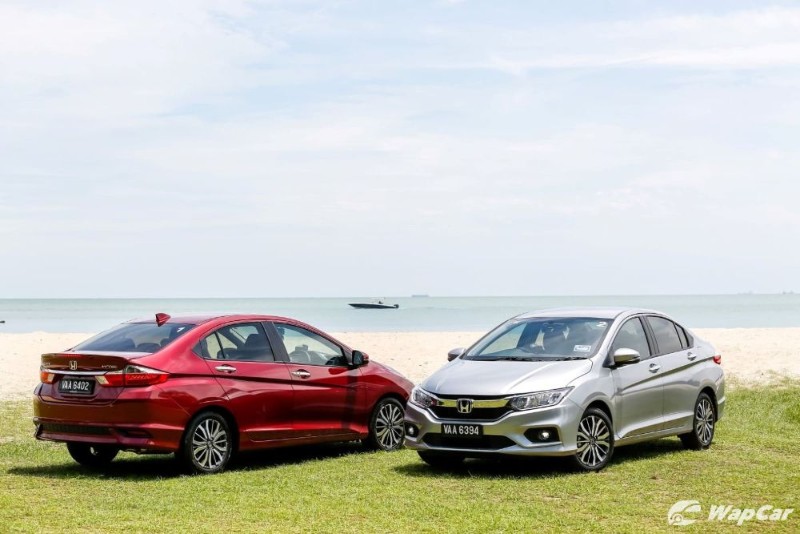 It’s not very sophisticated too, with only SOHC and when it was first introduced, purists were unimpressed with the i-VTEC, which although more fuel efficient, wasn’t what boy racers wanted.

More than 10 years on, the L15A is one of the most widely used small capacity engine used in Malaysia, bettered only by Perodua’s 3SZ-VE and 2NR-VE (next on this list). 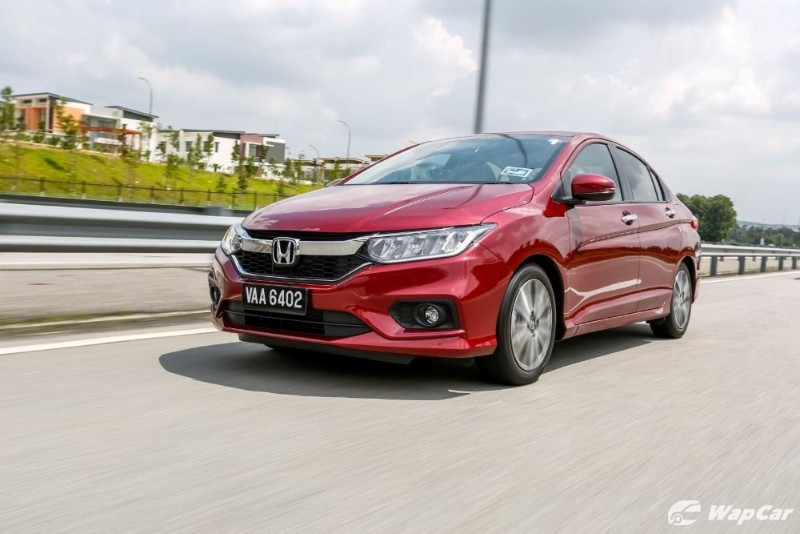 The reliable L15A engine is also one of the reason why the GM2 Honda City is still very highly sought after in the used car market.

Power (120 PS at 6,600 rpm) and torque remain unchanged over the last 10 years the engine was in service, but various measures have been introduced to make it more fuel efficient and more responsive. Peak torque of 145 Nm is now achieved at 4,600 rpm, 200 rpm earlier than when it was first launched. 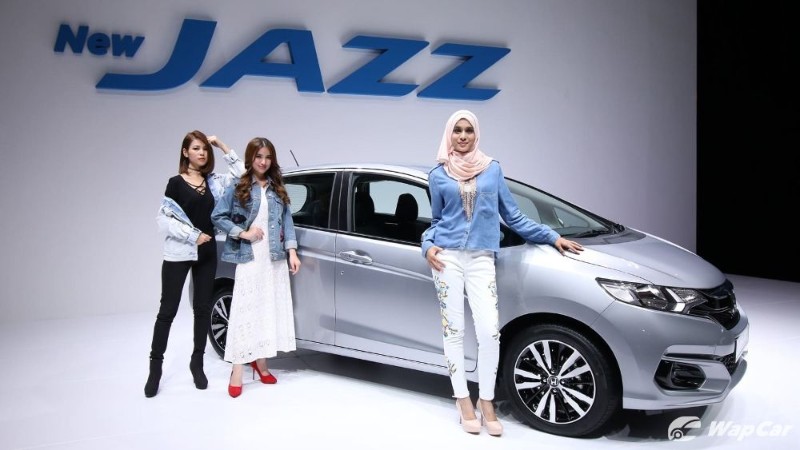 The current Honda City/Jazz doesn’t always top customer satisfaction index (that honour goes to the Toyota Vios/Yaris), and while there could be some quality issues with the City/Jazz, the engine is unlikely to be the source of the problem. 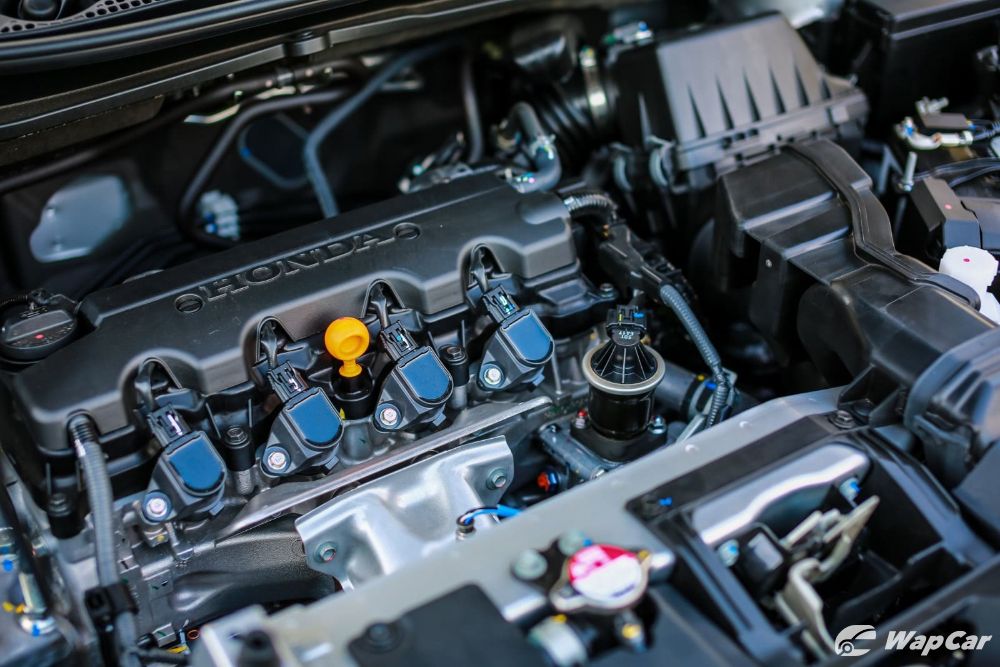 The turbocharged Honda Civic 1.5 TC-P gets all the limelight, but the cheaper 1.8-litre naturally aspirated 1.8S variant is a pretty decent buy. It gets all the necessary safety features – six airbags, ISOFIX, ESC (VSA), Auto Brake Hold, Hill Start Assist – missing out only on Sensing ADAS and blind spot reducing LaneWatch camera. In return, you save over RM 25,000. 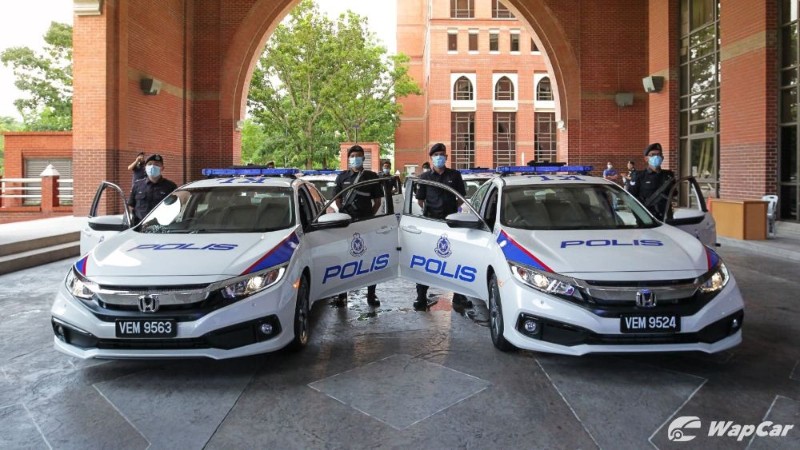 The simple i-VTEC SOHC is a well proven unit, and has been in use for more than 10 years, since the FD generation Civic. To put it into perspective, the R18 has even outlived the legendary K20. 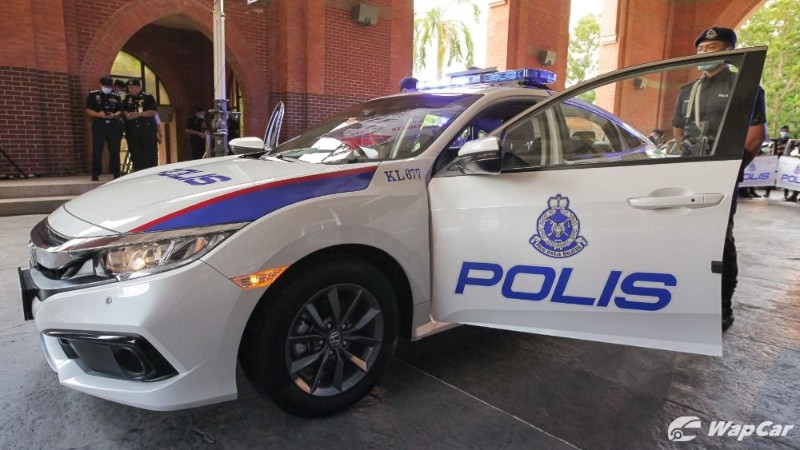 Even our own PDRM have elected to use the Civic 1.8S instead of the turbocharged Civic 1.5 TC-P for their high mileage patrol duties. 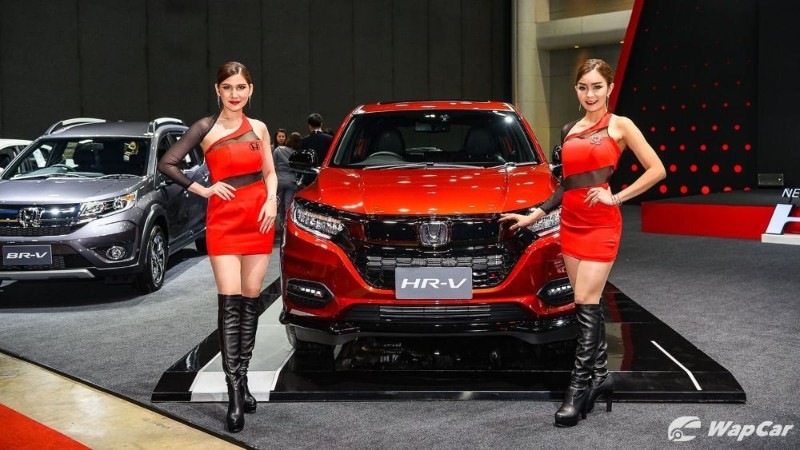 The same engine is also used in the Honda HR-V (non-hybrid variants). 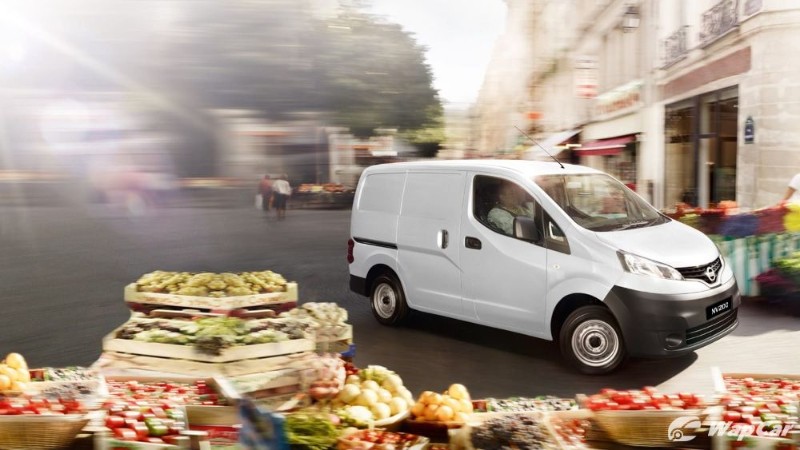 Don’t let its commercial van application fool you. The HR16DE is a very robust engine and surprisingly, comes with DOHC and variable valve timing. When paired with a manual transmission, it’s surprisingly fun to drive. Power delivery is very smooth, with a broad spread of torque.

The HR16DE was previously also used in the Nissan Latio and Nissan Grand Livina. 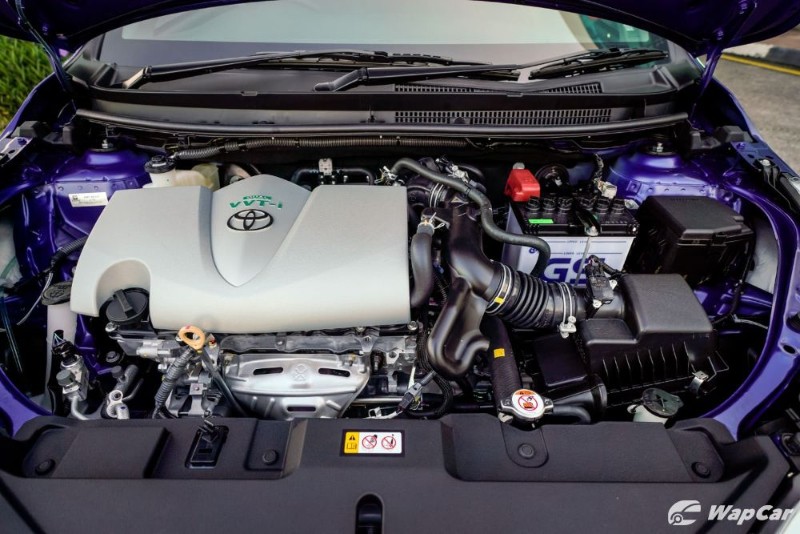 This is probably the most common petrol engine on sale in Malaysia today, used by 5 different models! 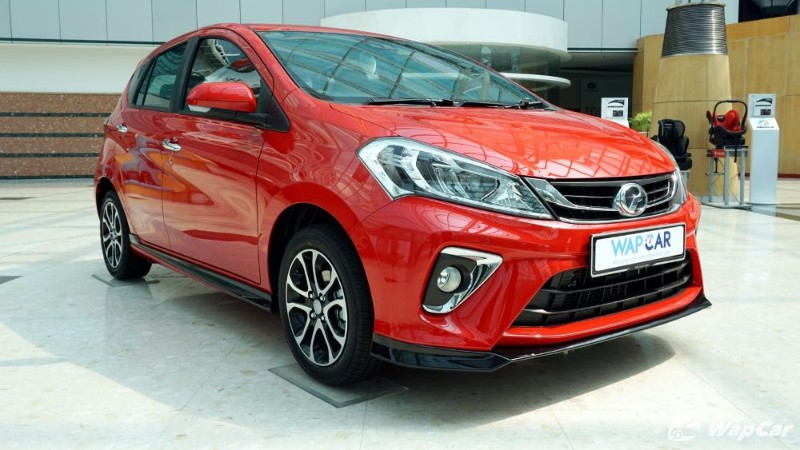 Despite having different engine codes, both the 2NR-FE/2NR-VE Dual VVT-i are the same engines. 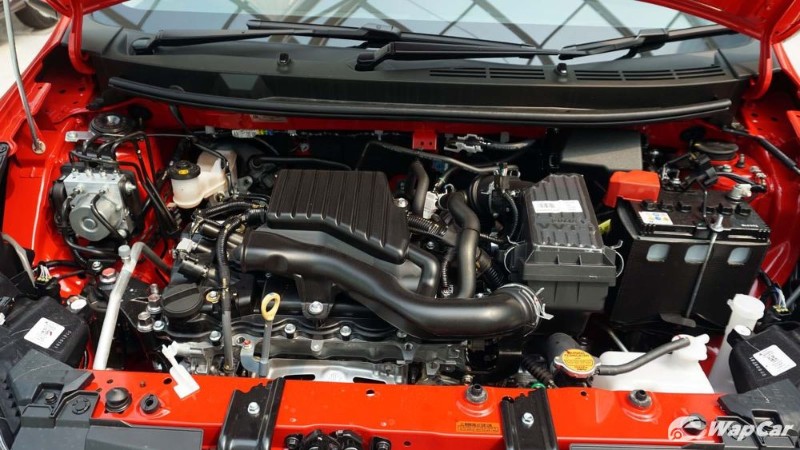 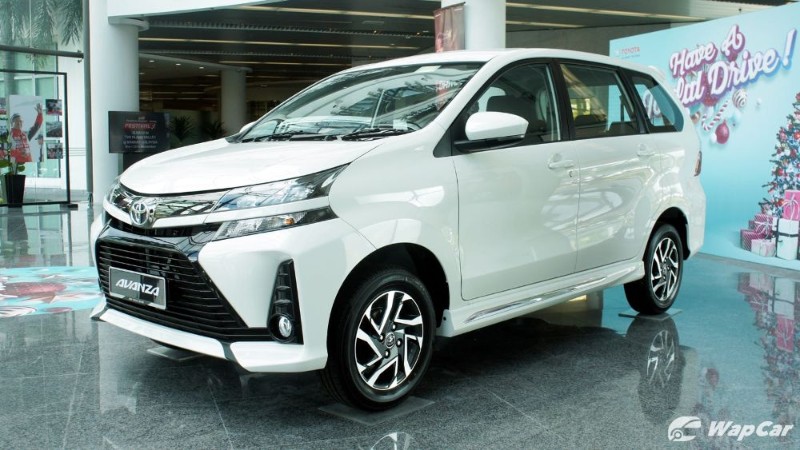 If you factor the fact that the Toyota Avanza/Daihatsu Xenia and Toyota Rush/Daihatsu Terios are top sellers in Indonesia, which is ASEAN’s biggest car market, it’s quite possible that the 2NR-FE/2NR-VE is one of the most trusted small capacity petrol engines in ASEAN! 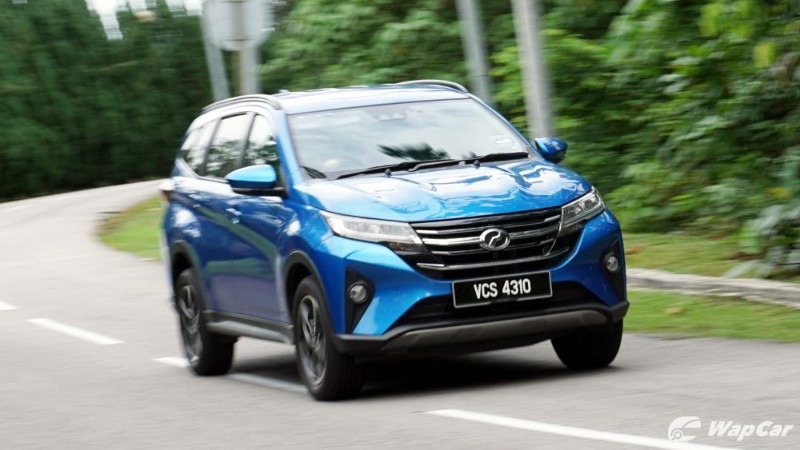 Mind you, operating conditions in Indonesia are quite challenging. The Avanza/Xenia and Rush/Terios pairs are often overloaded, driving over rough terrain, pulled by the little but feisty 1.5-litre 2NR-FE/2NR-VE. 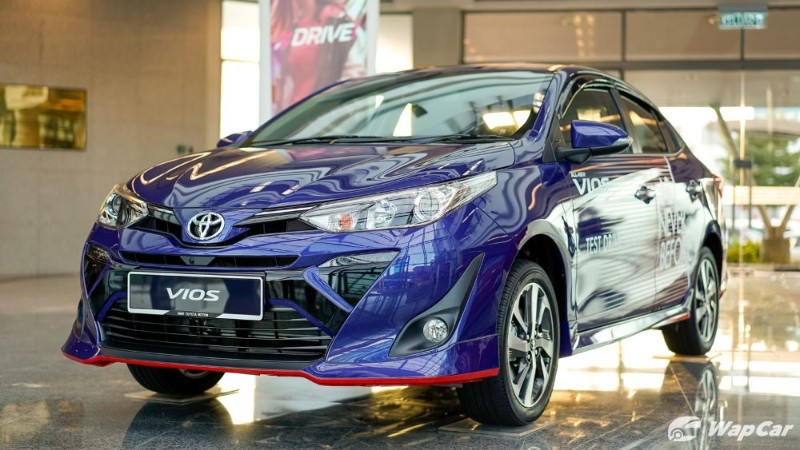 Perodua’s DVVT predecessor, the 1.5-litre 3SZ-VE could also easily make the same claim. It’s still used in the Perodua Alza and Daihatsu Gran Max – not as sophisticated as the Dual VVT-i 2NR-VE, but is just as hardy, if not more. 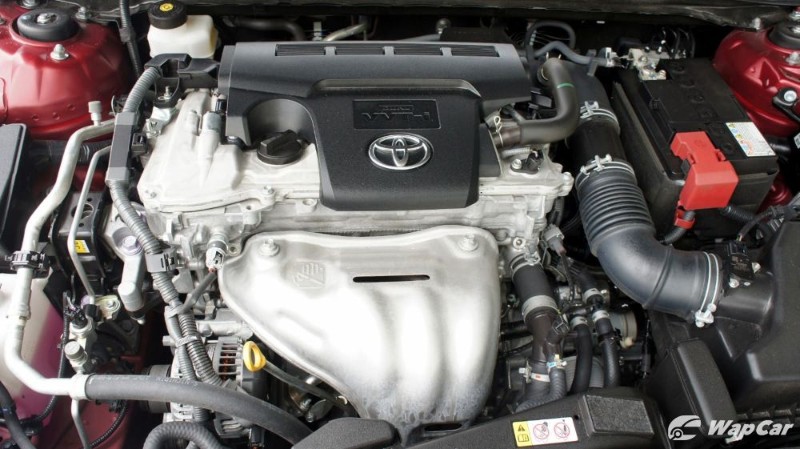 When current XV70 generation Toyota Camry was introduced in Malaysia, it was lampooned for its big leap in prices (RM 196,888, with sales tax) but retained the ageing 2AR-FE engine from the previous generation XV50 Camry that was launched in 2012. 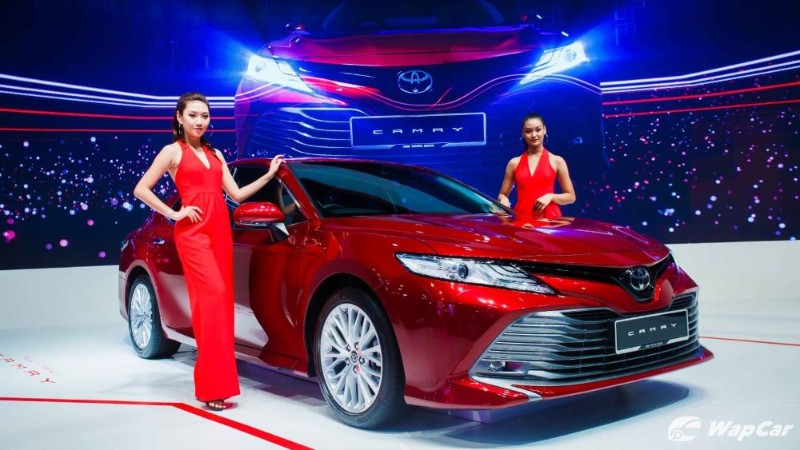 The critics were being kind. The engine is actually older than what they say, dating back to an even earlier XV40 generation US market Camry (2009).

The engine is so basic that the Camry is the only model in the segment to still use port fuel injection. Everyone else including the Volkswagen Passat 1.8 TSI, Honda Accord 1.5 TC-P, and Mazda 6 2.5L use a more up-to-date direct fuel injection.

Whether it’s worth the money or not is a different topic of debate (the Honda Accord 1.5 TC-P has matches the Camry’s offerings, adds a more current engine), but one thing is certain – there’s little doubt that it will keep running longer than any of its peers.

It has more than a decade of proven history and powers many other high volume Toyota models, including the Alphard/Vellfire and the previous generation RAV4 and Lexus ES.

So there you have it, seven not so great, not that impressive (not the cheapest either) engines that will keep running long enough for you to pass it over to your kids, provided you drive it properly and strictly follow the manufacturer’s recommended maintenance.