We are not talking just about performance, but cars that did what they are designed to do, and doing it really well. So if a humble entry level budget car was found to be way ahead of its closest competitor, it deserves to be on the list. 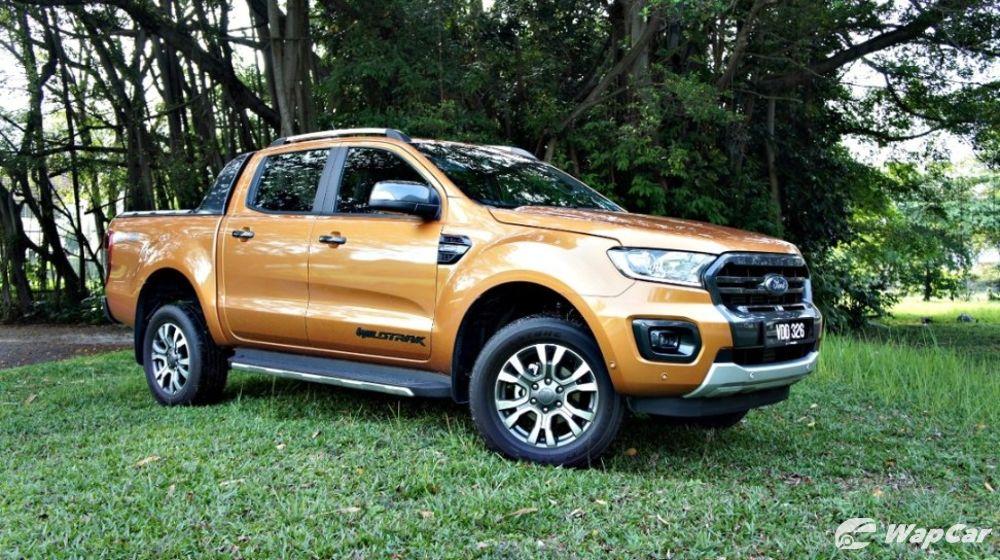 With a 0-100 km/h time of under 10 seconds, it easily keeps up with a turbocharged Honda Civic, and yet still maintains a high level of go anywhere capability. Flash floods? Pfftt.

Forget about the HR-V RS. If the missus insists on having a taller riding car but at the same time driving excitement is important to you, the HR-V Hybrid with its instantaneous torque delivery from the electric motor is what you want.

On the move, the boost from the electric motor makes the HR-V Hybrid feels a lot more powerful than its 152 PS and 190 Nm suggests.

It has an interior that feels more expensive than a Mercedes-Benz GLC 200, packs over 30 PS more power and 100 Nm more torque than the GLC 200, is better equipped, but nearly RM 100k cheaper. What more do you want?

The fabric seats are lovely and you wouldn’t believe the surprisingly good sound system has just 4 speakers.

Some bugs remain. Ambient lighting is nonexistent at the rear seats and the cabin light shines light in your eyes rather than the cabin. Infotainment’s user interface is poor, but will we choose this over a Perodua Bezza? Hell yes.

Unless you are talking about a WRX, the bread and butter (I rather call it rice and vege) naturally aspirated engines Subaru SUVs are not known for their superior engines, novel ‘boxer’ cylinder arrangements aside.

Subarus are known to have tiny boots and a cramped cabin, and are noisy too. Not the latest Forester.

Riding on an all-new Subaru Global Platform and a new direct injection engine that drives a lot better than the numbers suggests, the latest Subaru Forester is in many ways better than the common choice Honda CR-V.

For one, it’s a lot quieter – again not something you would expect a Subaru to excel in. The interior is very spacious. Still not as big as a Honda CR-V but certainly bigger than a Mazda CX-5, or even a Proton X70.

Few will believe us on this, which is a shame, but it is true. The Toyota Camry is now the new benchmark in ride and handling for family sedans. No, the Mazda 6 no longer has the right to that title.

Criticisms against its ‘old’ engine is exaggerated. It could have been better. The Mazda 6’s 2.5-litre sounds nicer, but the tweaked 184 PS/235 Nm 2AR-FE engine is still plenty fast enough, and the linear power delivery is lovely.

Of course, badge snobs will dismiss it simply by virtue of impressions formed based from past Camry models. The current Toyota Camry is a sports sedan that your old brain will refuse to acknowledge.

Yes it carries BMW VIN plates, and has a BMW interior. But put it this way, Toyota has built a better BMW than BMW themselves. Sacrilegious? Only if you can’t look beyond the badge.

The evidence? Does BMW Malaysia sells the Z4 with six cylinders? Is the Z4, irrespective of whatever engine it comes with, the product of BMW’s best and brightest? We all know the answer.

For BMW, the Z4 is just another convertible, a product to plug the gap in their line-up, a product that sits in a diminishing segment but yet at the same time, BMW is not quite ready to abandon it yet, and thus needed to share the development cost with Toyota.

For Toyota, the Supra is a car that big boss Akio Toyoda wants to build very badly, but needs to partner with BMW to make the economics work. They gave it their best.

There are subtle differences in motivation between BMW and Toyota, and it shows.

Just because two master chefs cook using the same ingredients doesn’t mean that their foods will taste the same. Likewise with the Toyota Supra.

Toyota has taken BMW parts, simmered their own magic, and made it more engaging car to drive. The Toyota Supra is the most driver’s centric, most fun to drive BMW in recent times. It’s the BMW than the original, old school team at Munich would have built.