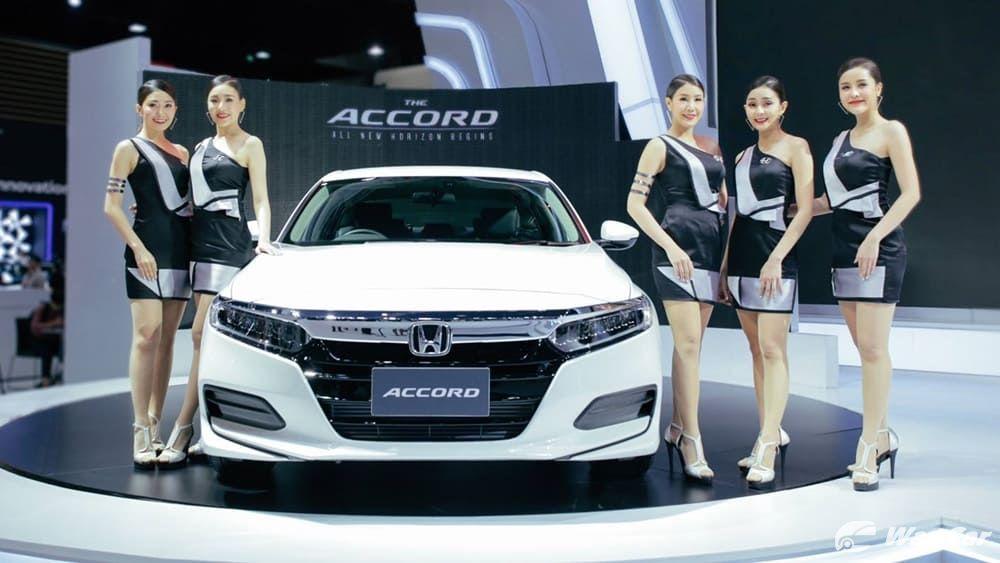 The all-new tenth generation Honda Accord has been on sale in Thailand for quite some time already, since March 2019 to be specific. Like the Toyota Camry, this new generation Accord is also moving upmarket, in response SUVs like the CR-V encroaching into the traditionally sedan-dominated D-segment.

Unlike the Civic or CR-V, the revised Accord’s range does not offer any base specs naturally aspirated entry variant. Buyers can only choose between two high-end engines - a 190 PS/243 Nm 1.5-litre turbocharged variant or a 215 PS/315 Nm 2.0-litre petrol-electric hybrid. 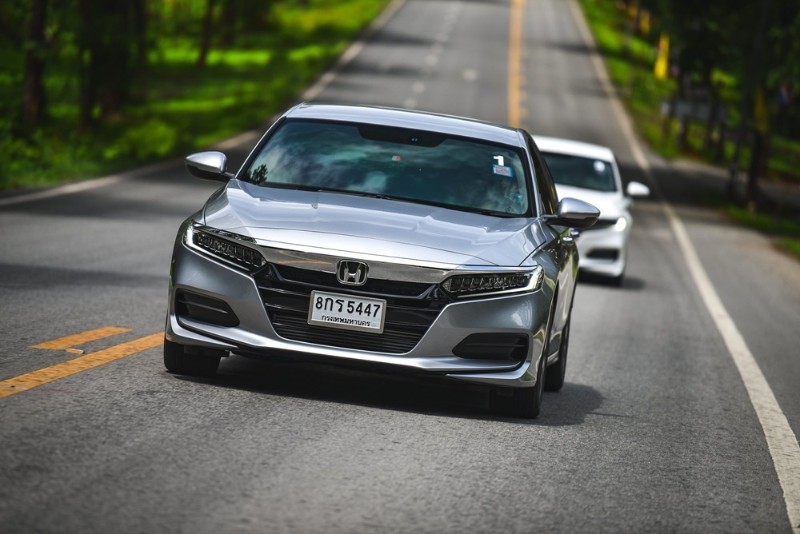 While the all-new Accord is now a lot more premium than before, prices have also crept up slightly, increasing by about 3 percent for the turbocharged variant. Prices of the hybrid would been a lot higher if not for generous tax incentives by the Thai government for Thailand-made hybrid/electric vehicles.

The severe drop in our Ringgit against other regional currencies however, has exaggerated the otherwise marginal increase in prices. 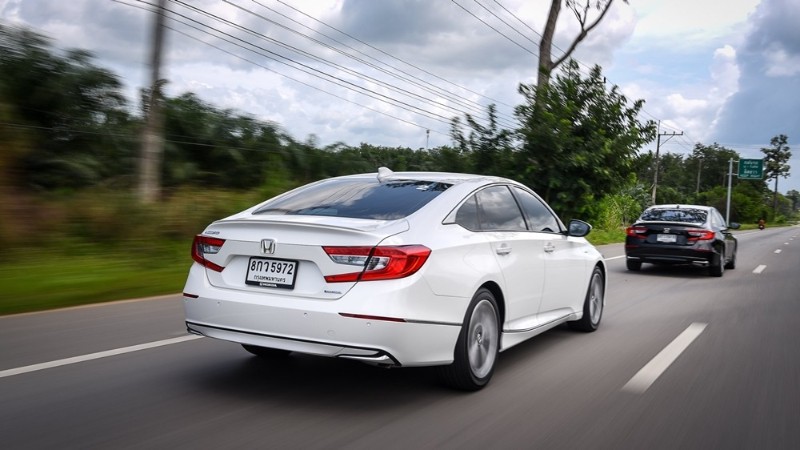 Ignoring differences in tax structure between Thailand and Malaysia, the all-new Accord now sells for an equivalent of between RM 203,000 (Turbo EL variant) and RM 247,000 (Hybrid Tech variant).

It’s a similar story with neighbouring Indonesia, where the Accord now sells in just one 1.5-litre turbo variant, at an equivalent of RM 205,000. 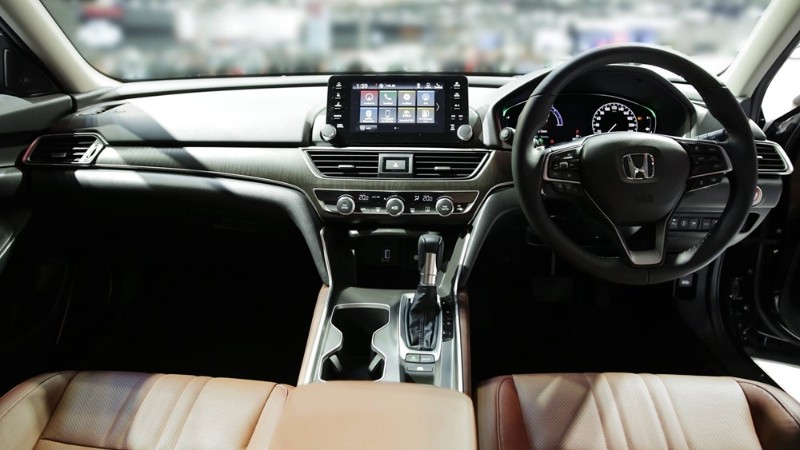 Understandably, Honda Malaysia is in no hurry to introduce the all-new Accord here. Our sources indicate there are no further launches by Honda this year, implying that the next generation Accord will only be coming here no earlier than 2020.

Although the Accord is locally-assembled (CKD) in Pegoh (likely to remain so in the future), the CKD kits are imported from Thailand. Thus, the Ringgit’s continued weakness against the US Dollar and Thai Baht will certainly have an impact on prices.

The outgoing generation Accord is currently selling in Malaysia at just RM 148,512 (for 2.0 VTi-L) and RM 168,998 (2.4 VTi-L Advance, with Sensing). It might be an aging product but it still offers exceptionally good value. The upcoming model will certainly be a lot more expensive.

To get a better understanding of what’s coming our way, we visited by a Honda showroom in Thailand, to take a closer look at the all-new Accord. The model seen here is the Hybrid variant, which we won't be getting, but as a first impression, it's good enough. 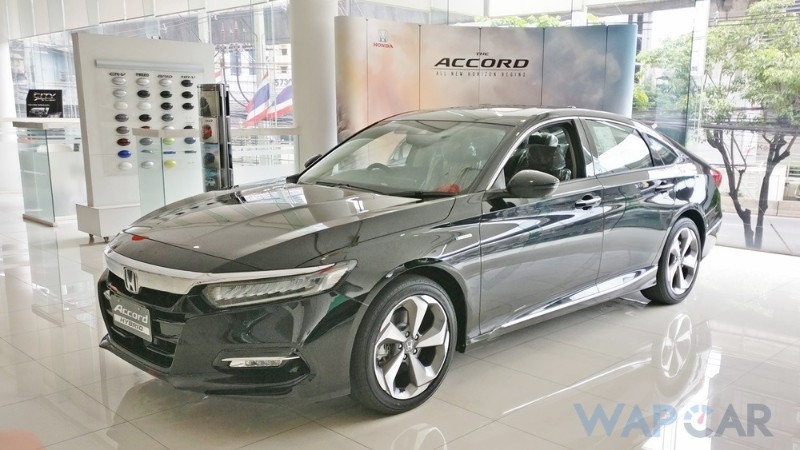 Viewing the car up close, the all-new Accord looks like a larger Civic, and it’s easy to understand Honda’s reasoning. 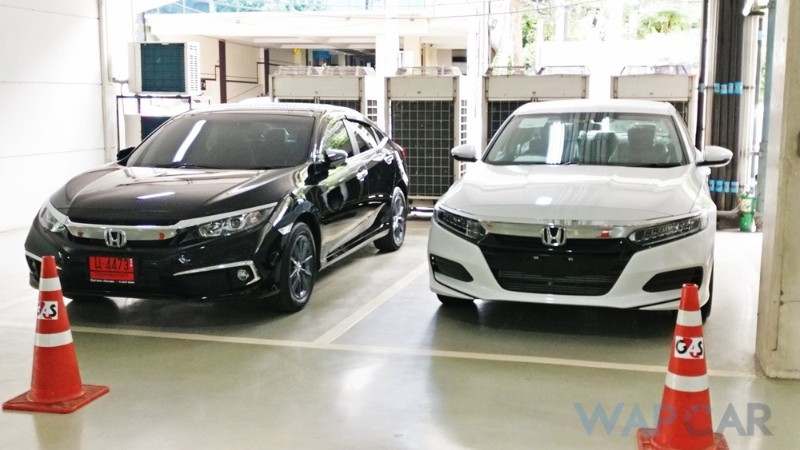 Prioritizing a cohesive brand-wide, family identity is now seen to be far more important than maintaining a strong individual model identity. The Germans have figured this out long ago. Mercedes-Benz for example, intentionally keeps its C-Class, E-Class, and S-Class looking like larger versions of the same car. 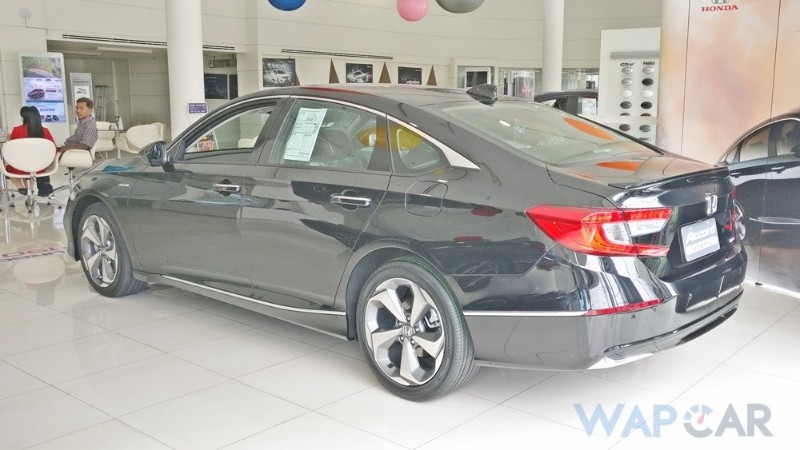 Viewed in isolation, the Accord’s new styling is quite underwhelming. It doesn’t grab your attention in the same way an overly aggressive Carmy does. Oddly, Accord car looks better outdoors, surrounded by traffic than it does when parked in isolation on the showroom floor. 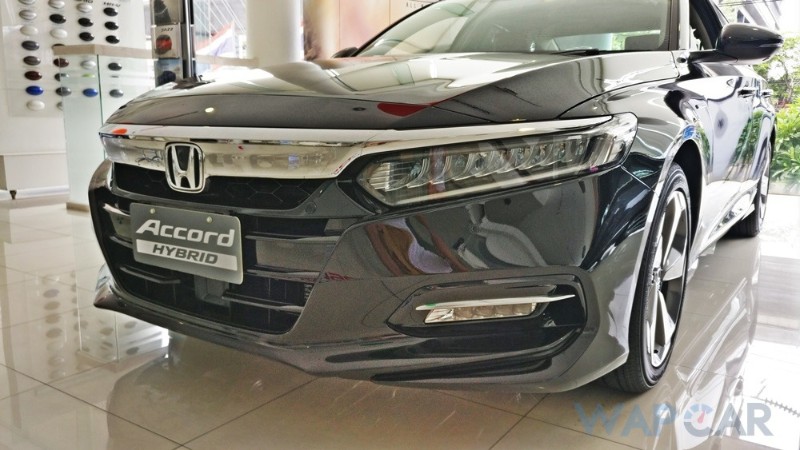 There’s something about the Accord’s new design character that makes it look better on the road than in an air-conditioned showroom - it has an air understated regality that is only apparent when it’s surrounded by other cars, many of which are trying too hard to be something they are not.

The pictures here don’t do it justice. Like many of today’s cars, the Accord’s character lines and physical presence cannot be fully expressed in a two-dimensional image. 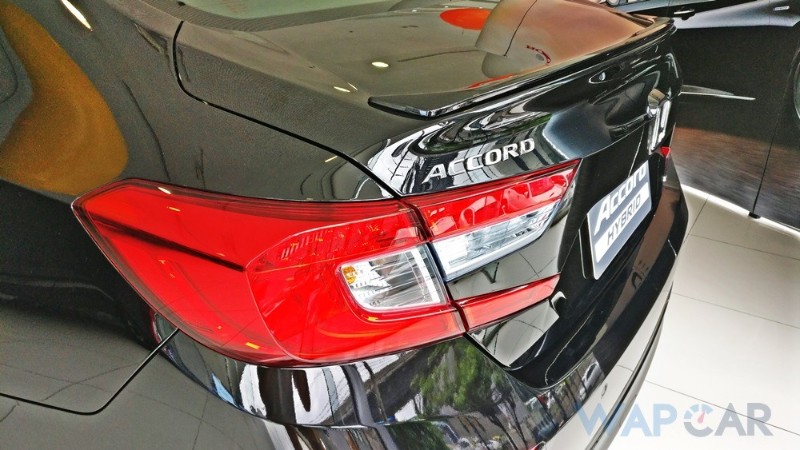 All of the car’s Honda Sensing ADAS features are now better integrated. The Honda Sensing’s millimetre wave radar is now hidden in a more discrete manner, installed further inside the front bumper while the LaneWatch camera is now so small that at a glance, it’s quite hard to tell if the car is equipped with LaneWatch or not. 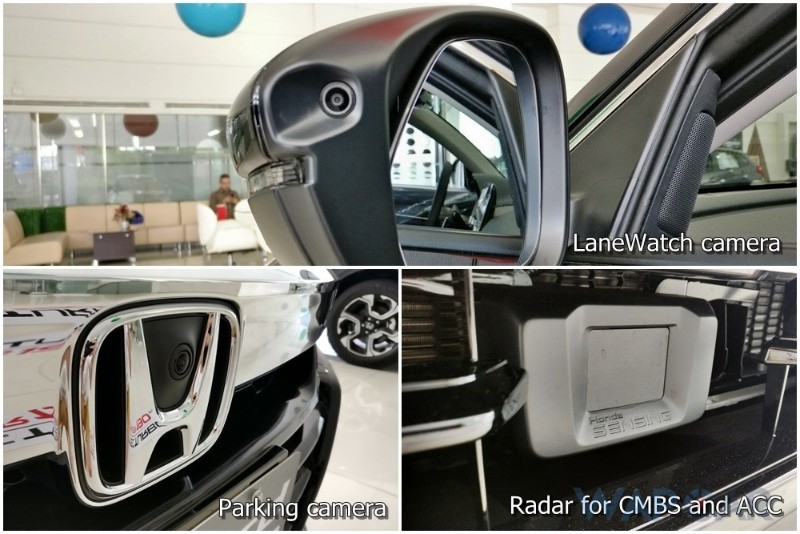 Sitting inside, the all-new cabin feels a lot calmer than the Camry’s – which looks overly busy, with far too many contrasting elements screaming for your attention. 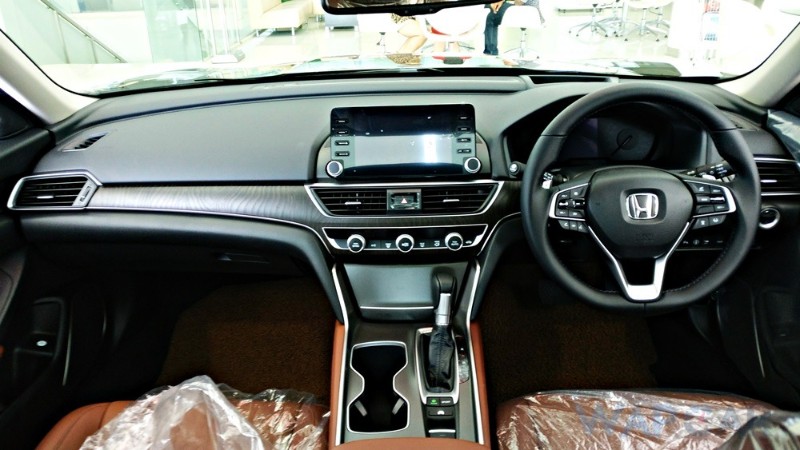 In contrast, the Accord’s cabin is very plush, very premium, and we dare say to be a much better place than the staid and cramped C-Class’ interior. Every inch of the cabin where your skin comes in contact with are covered in high quality materials. 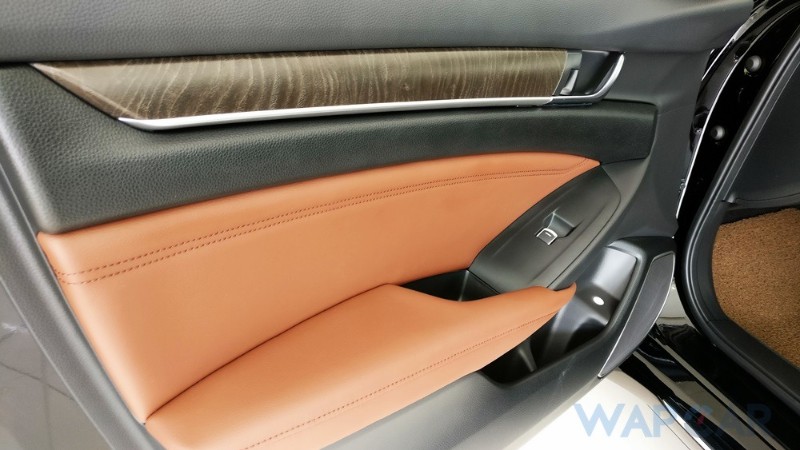 Honda’s forte is in space-efficient packaging and human-machine interface and it’s good to know that the all-new Accord is still setting an example for others. All the controls are within easy reach and look easy enough to operate without too much fiddling around. 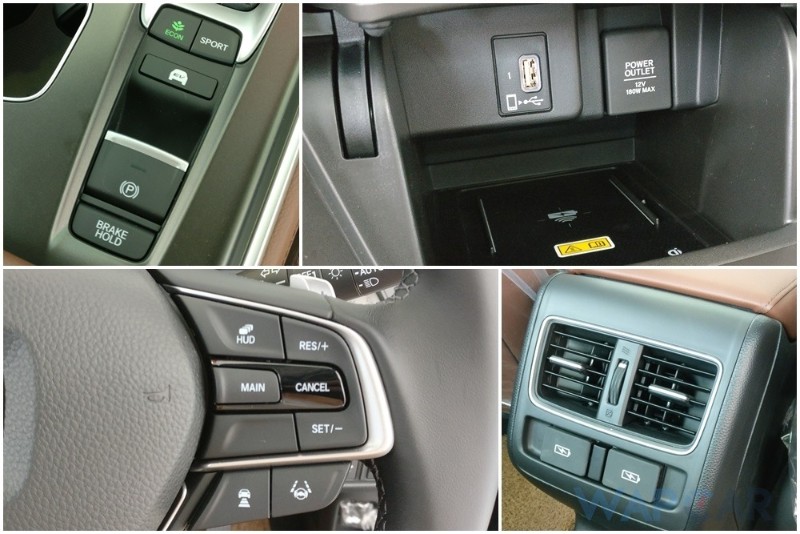 Despite the sloping rear roofline, rear headroom isn’t bad at all. Entry and exit remains easy, and door aperture is wide enough. 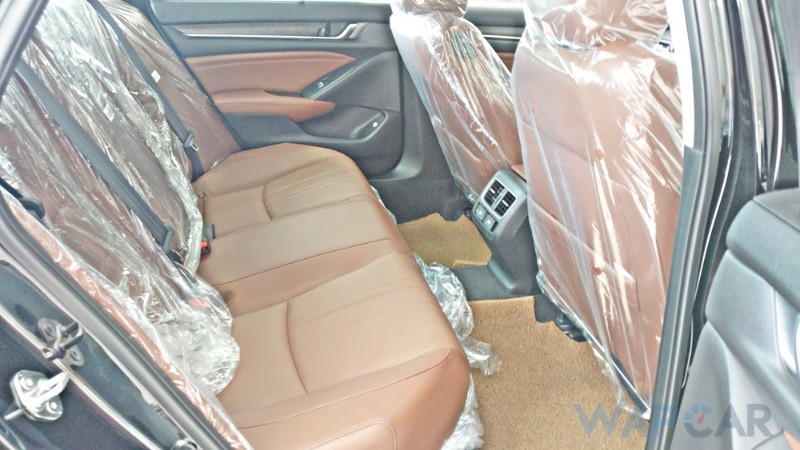 As this is a hybrid variant, the rear boot is shown is slightly smaller than the standard car’s but you won’t be asking for more space. It’s deep and wide enough, with low enough boot lip for easy loading. 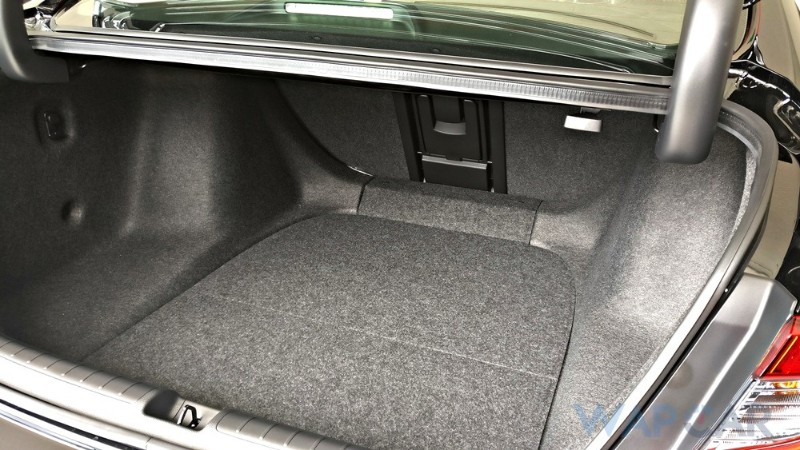 As this is a showroom display car, we didn’t start up the car but we doubt the Accord’s infotainment can match the Camry’s 9-speaker JBL, which is by far the best audio we’ve tried apart from Volvo’s Bowers & Wilkins. 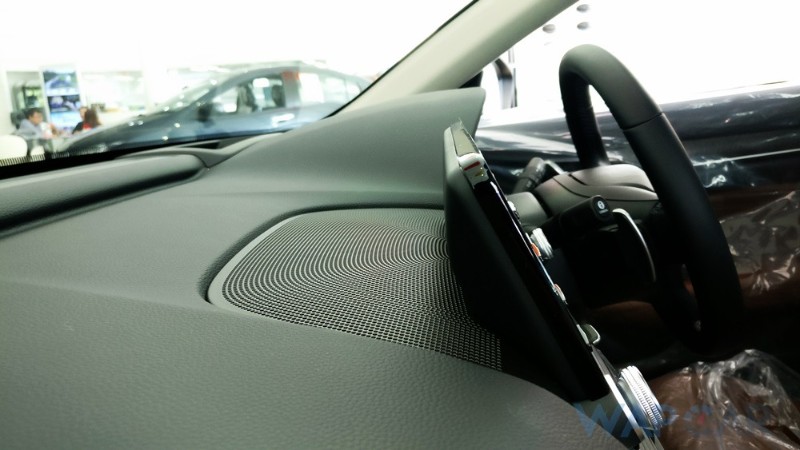 It’s also unlikely to drive better than the Camry’s highly agile TNGA platform, and reviews from the Thai media echoed the same sentiment. 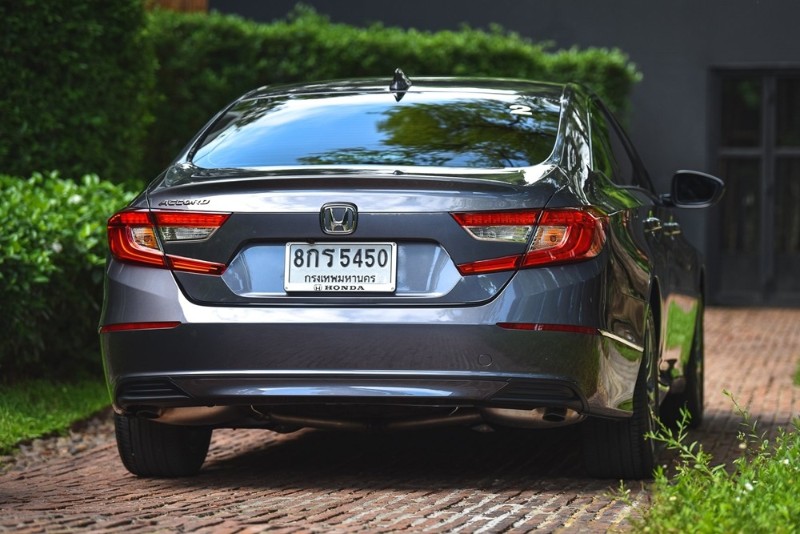 The general consensus among the Thai media who have sampled both cars is that the Accord is more relaxed car to cruise, with ample low-end torque and a more cossetting cabin while the Camry’s more dynamic character loves twisty roads and will be appreciated by keen drivers. 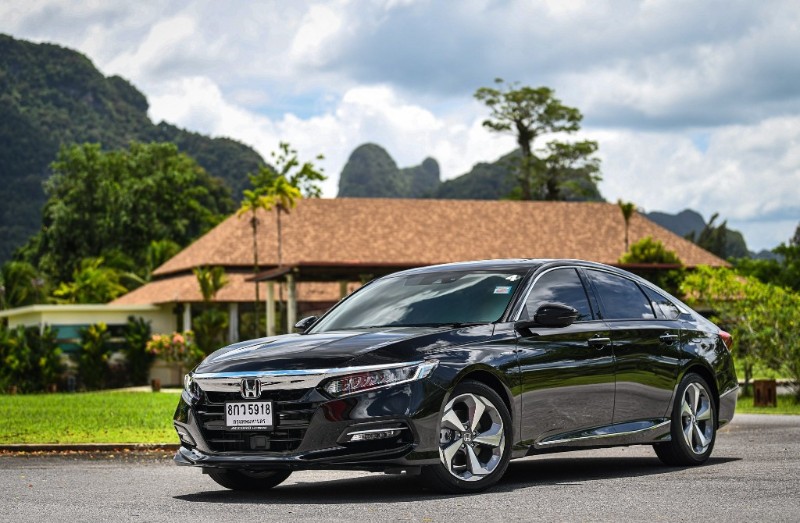 Yes, we live in a time when an Accord is regal while a Camry is a sports sedan. Oh how the characters of this familiar play have swapped their roles. 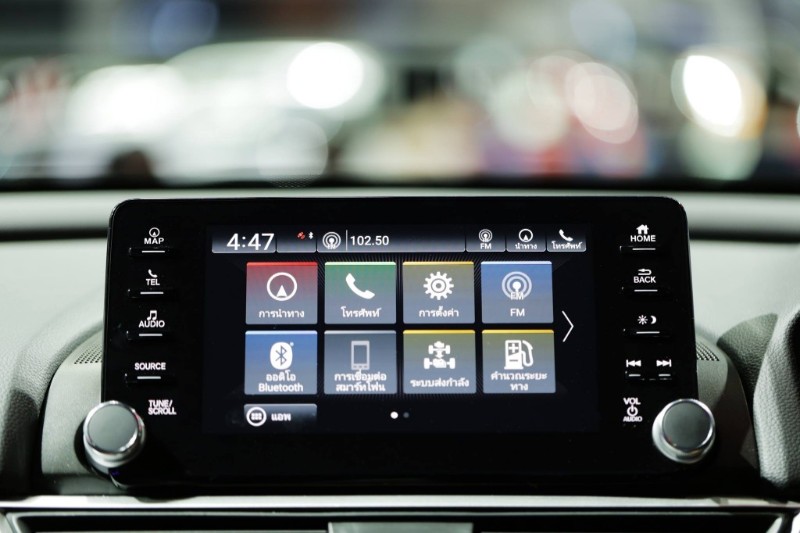 In conclusion, the Accord will be a lot more expensive (circa RM 180,000 price to be expected), but it will also be a lot better. Good enough to make you question if you really want to the sacrifice space and comfort offered by the highest specification Japanese sedan in exchange for a lower specification, entry-level premium sedan just so you can show off a BMW or Mercedes-Benz badge. 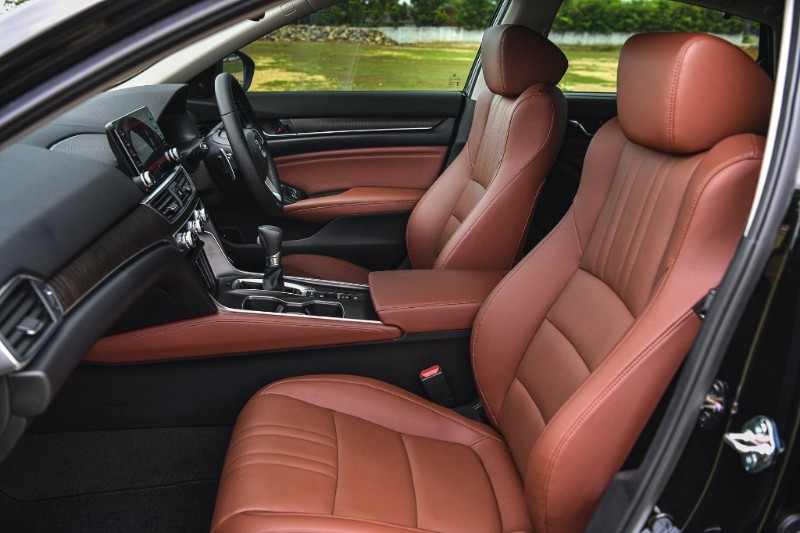 Also, we need to remind buyers to adjust their expectations regarding a C-Class/3 Series’ price. The days of generous EEV-incentivised premium cars are over. The cheapest Mercedes-Benz C200 now sells for RM 259,888. The latest G20 generation BMW 3 Series is currently offered only as an imported model, in one 330i variant at RM 328,800. Local assembly is not expected to commence until mid-2020.

The reality is that car prices in Malaysia will continue to go up in the near-term.