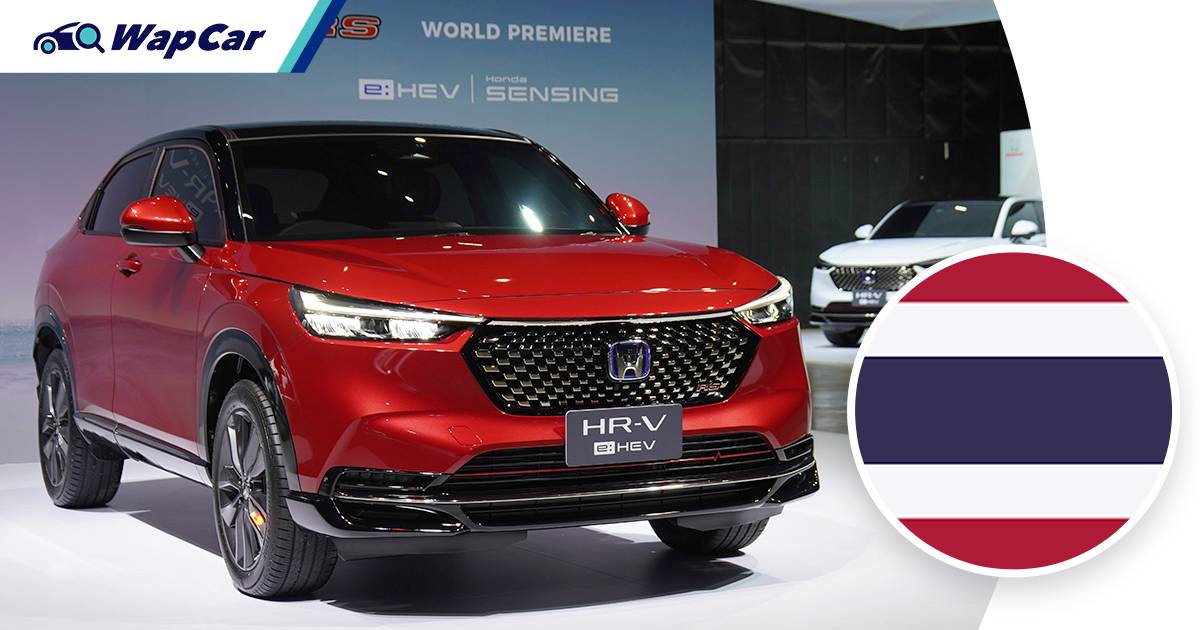 Following its debut in Japan as the Honda Vezel back in February, the all-new 2022 Honda HR-V is launched in Thailand but out goes the petrol variants (for now) as the popular SUV is only available as a hybrid in the Kingdom. 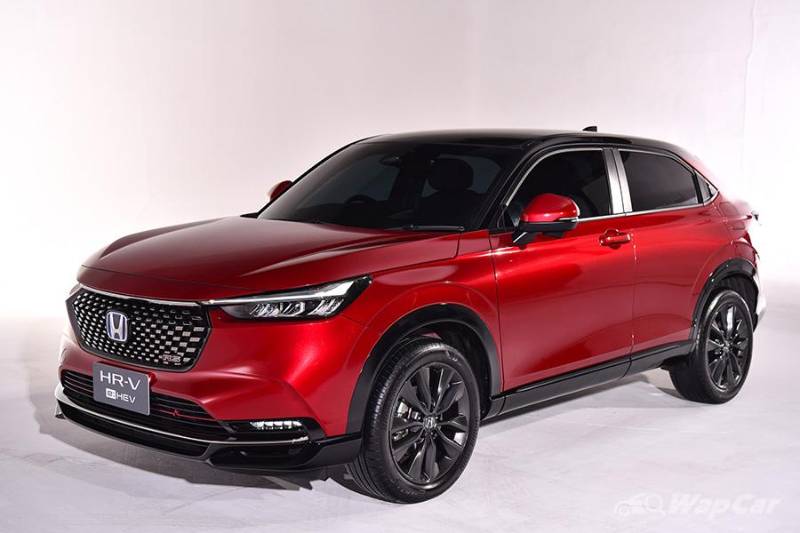 While the previous generation was considered a pioneer in the region’s growing taste for compact SUVs and crossovers, this all-new HR-V aims to deliver premium quality and features that is accessible to the masses. 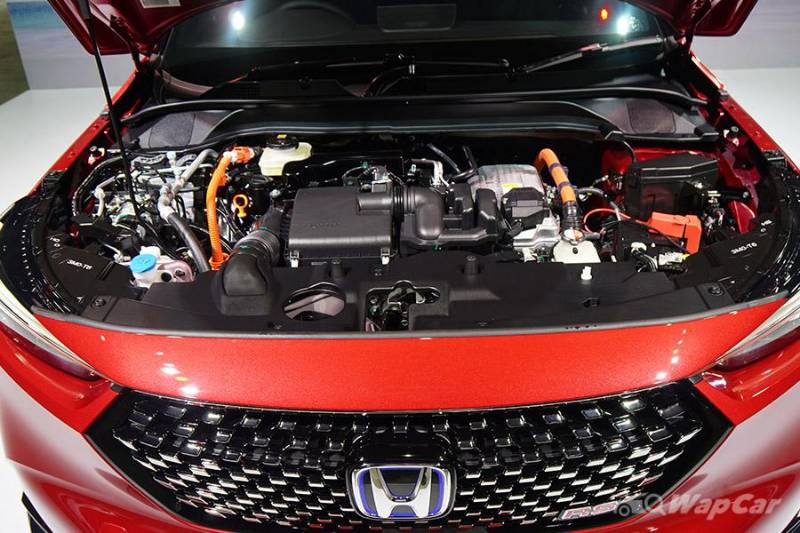 The Thai-spec HR-V is available with three variants which are the E, EL, and RS variants. All three variants are powered by Honda’s e:HEV's i-MMD full hybrid system which combines two electric motors with a 1.5-litre Atkinson cycle i-VTEC petrol engine (106 PS/127 Nm). Power is sent through the front wheels via an E-CVT automatic. 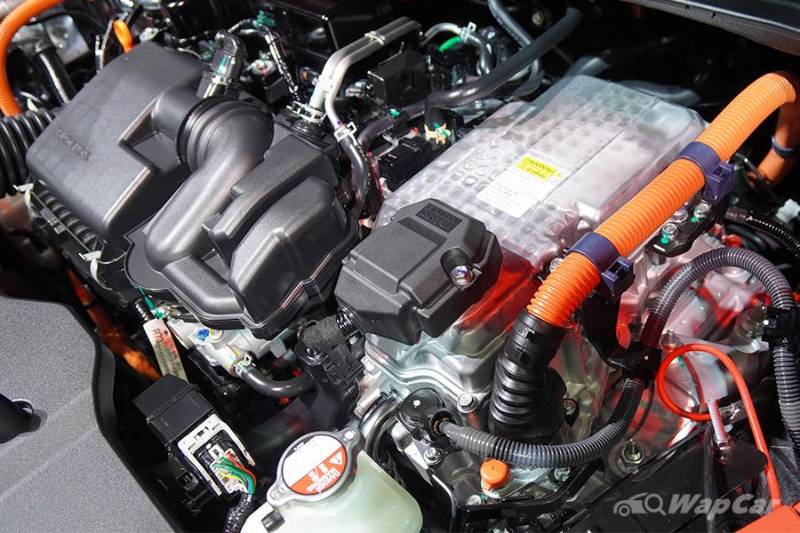 Although there are two electric motors, one works in tandem with the engine (131 PS/253 Nm) while the other is mainly for regenerative braking and to start the SUV.

Honda Thailand is also offering a warranty of up to 10 years for its battery and a 5-year, unlimited mileage warranty for its hybrid system.

There are 3 driving modes to the e:HEV system which intelligently adjusts according to the driving situation which Honda promises excellent driving performance. These include: 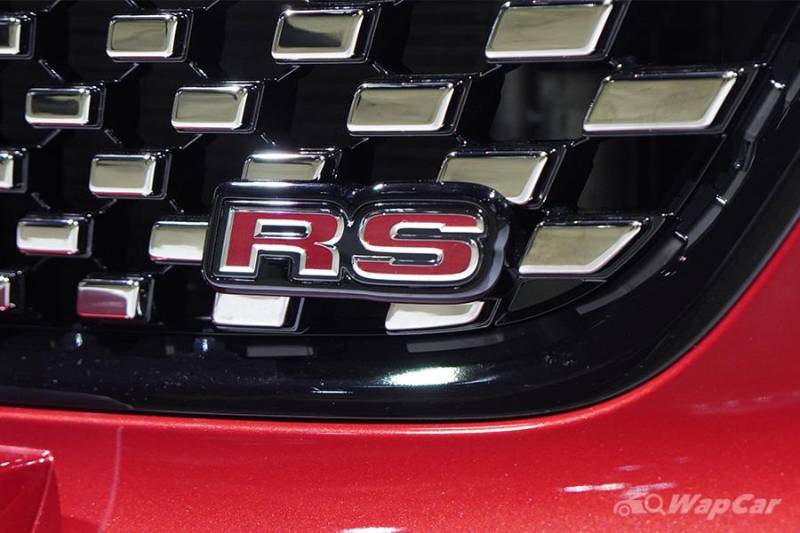 This technology is similar to the one used on the Honda City RS and speaking of RS, this marks the debut of the RS badge on the all-new generation HR-V. No, that RS doesn’t mean “Racing Sport”, it stands for “Road Sailing” so it’s really comfort-oriented despite looking sporty. 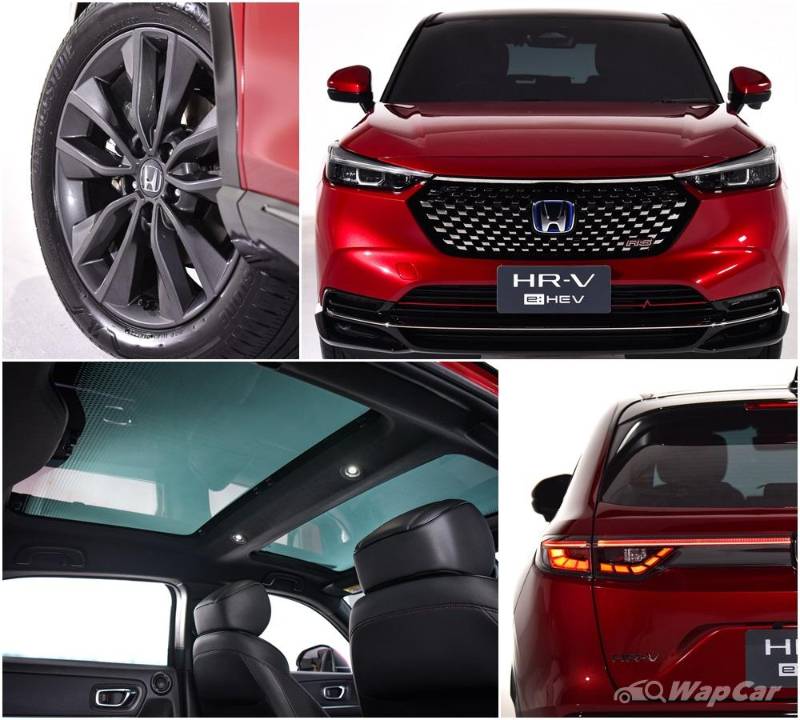 The HR-V e:HEV RS is the top-of-the-line variant in the Thai HR-V’s line-up so it gets some distinguishable sporty bits including smoked LED taillights, a front chrome grille, 18-inch alloy wheels, and a panoramic glass roof. 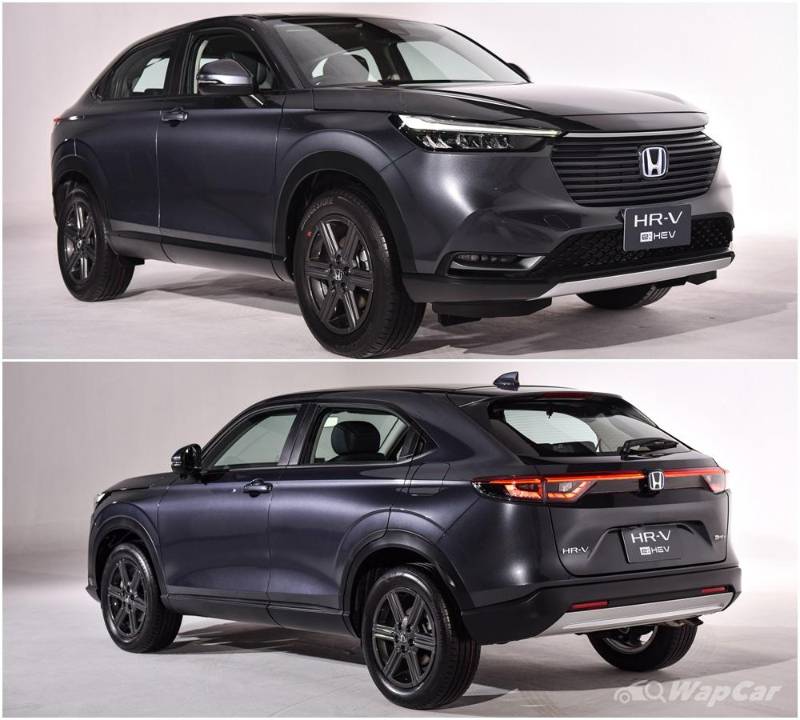 The lower variants of the Thai-spec HR-V might lose out on some of those sporty accessories but the overall shape is certainly a combination of mature and athletic. Standard features on all three variants include the LED headlights and taillights as well as a sport rear spoiler. 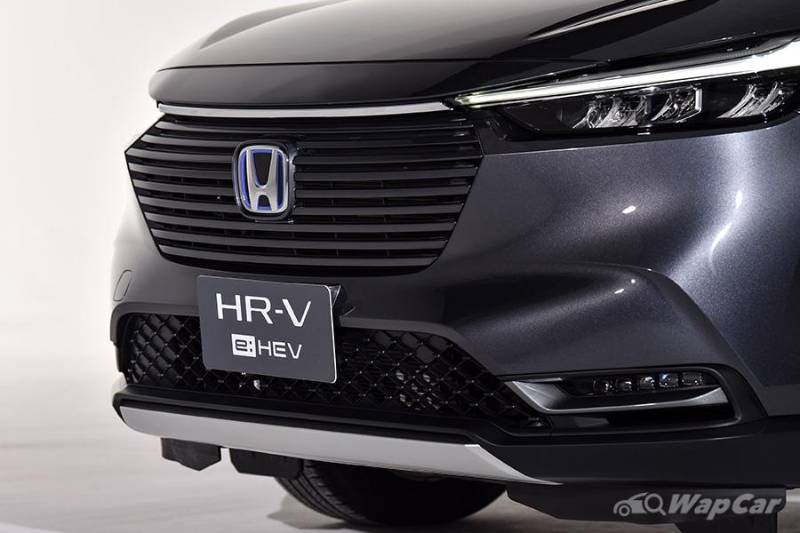 On the E and EL variants of the HR-V, the SUV is shod on smaller 17-inch alloy wheels while the grille sports the standard design as seen on the Japanese Vezel.

Inside, the Thai HR-V gets black leather seats and keeps up the premium design that Honda was going for. The automatic climate control system also comes with Honda’s smart Air Diffusion System that provides an air curtain to rear occupants. If that isn’t enough, there are rear air-cond vents which are only available on the EL and RS variants.

The sportiness of the RS continues in its interior with red threads incorporated on the seats, gear selector, and the steering wheel. 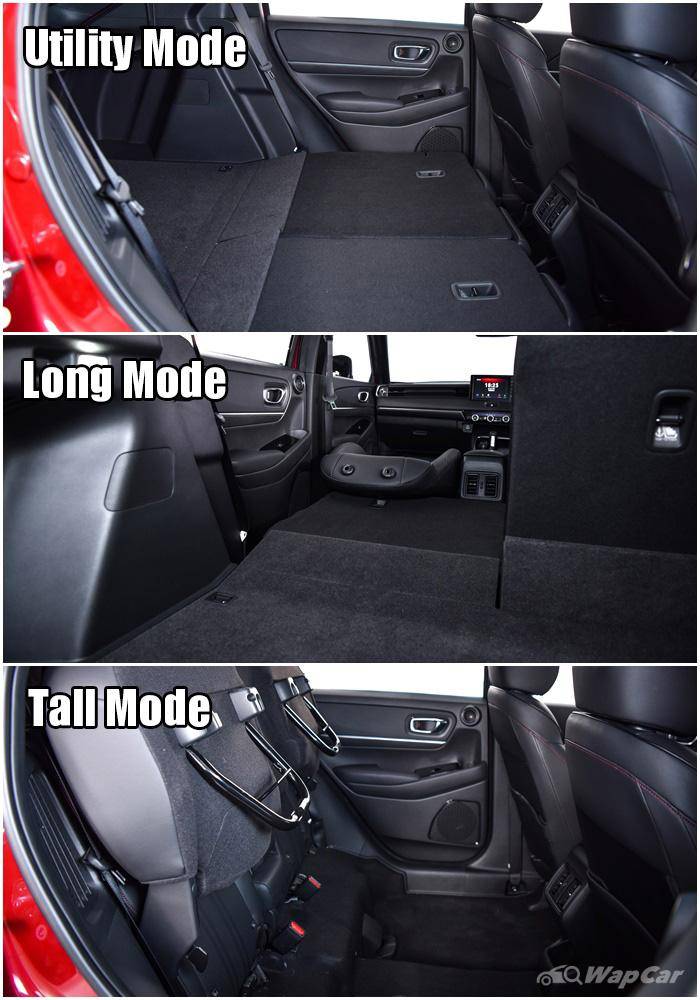 One of the reasons for the previous-gen HR-V’s success is its practicality and versatility and the successor certainly kept that feature around. Storage space can be increased by folding the rear seats flat (Utility Mode),folding both the front and rear seats (Long Mode), or lifting up the rear seats (Tall Mode). 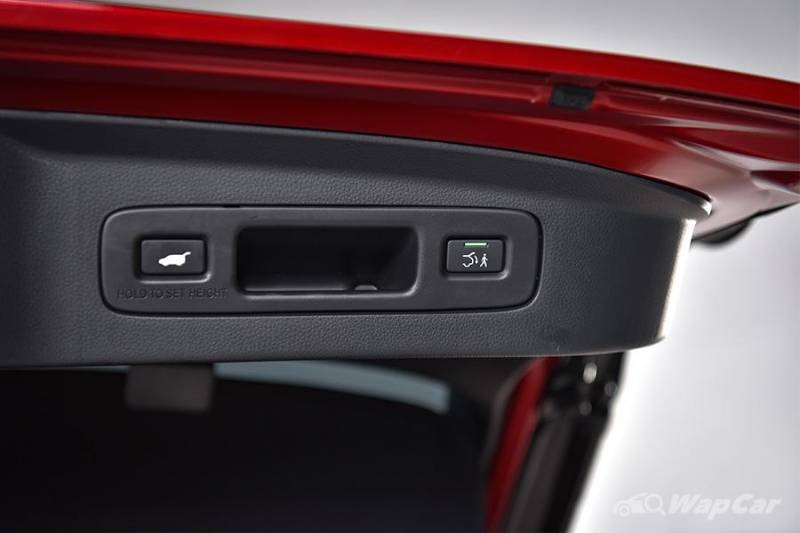 Also adding to the convenience of accessing the rear is the new Hands-free Power Tailgate with Walk Away Close. So, one could simply open and close the boot without lifting a finger on the boot but this feature like the rear air-cond vents is only on the EL and RS variants. 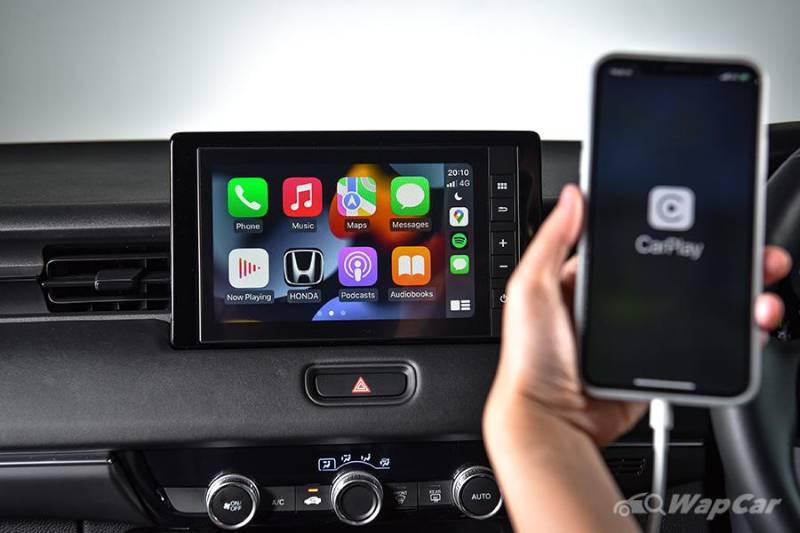 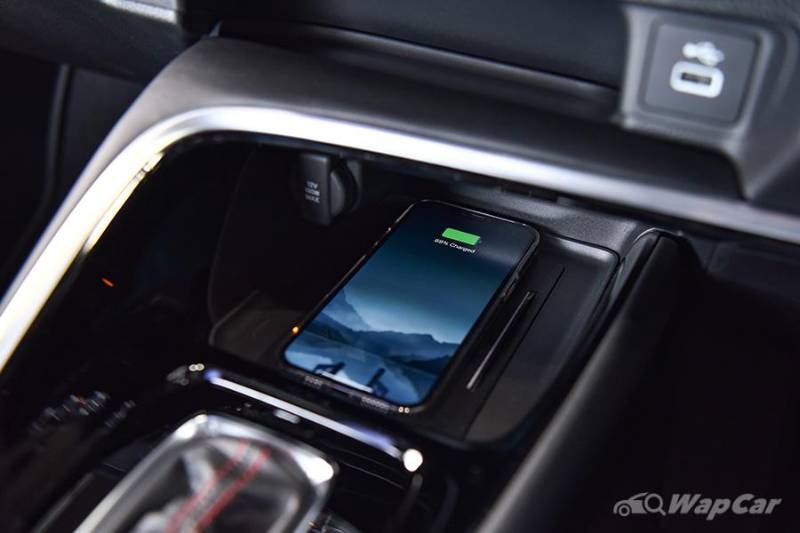 Aside from the accessories, the RS is the only variant that comes with a wireless charger, an 8-way power adjustable driver’s seat, 4 USB connectors, rear LED reading lights, and 8 speakers. 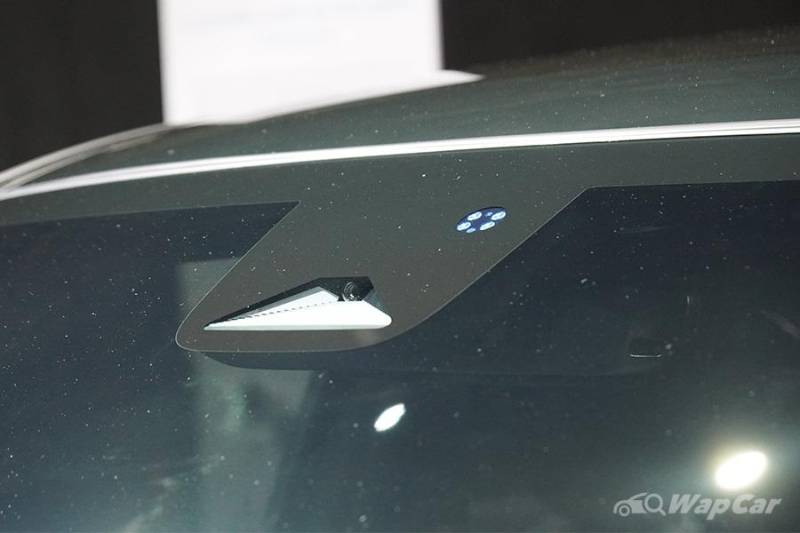 Unlike the previous-gen HR-V, the all-new HR-V is quite generous with the Honda Sensing ADAS suite available as standard across all three Thai variants. These include: 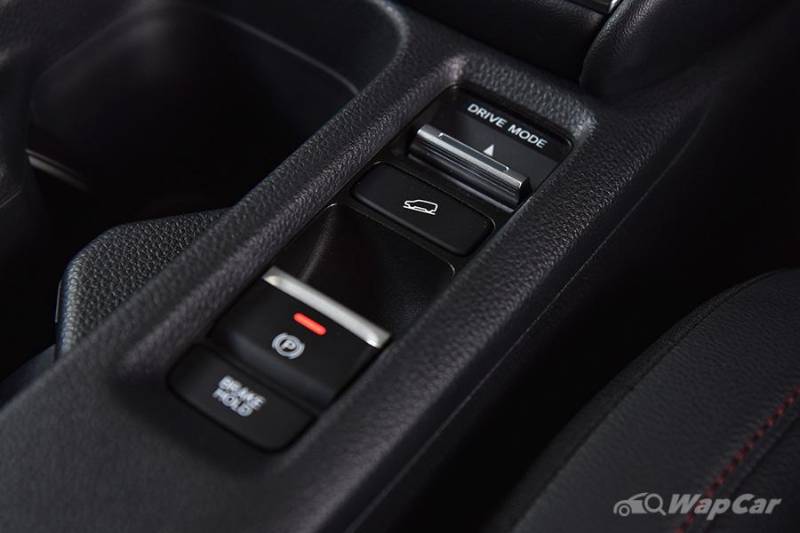 Aside from those acronyms, the Thai HR-V also comes with 6 airbags, Honda LaneWatch, and Hill Descent Control. That last system helps to control the accelerator and brake when driving down a steep slope and operates below 20 km/h. 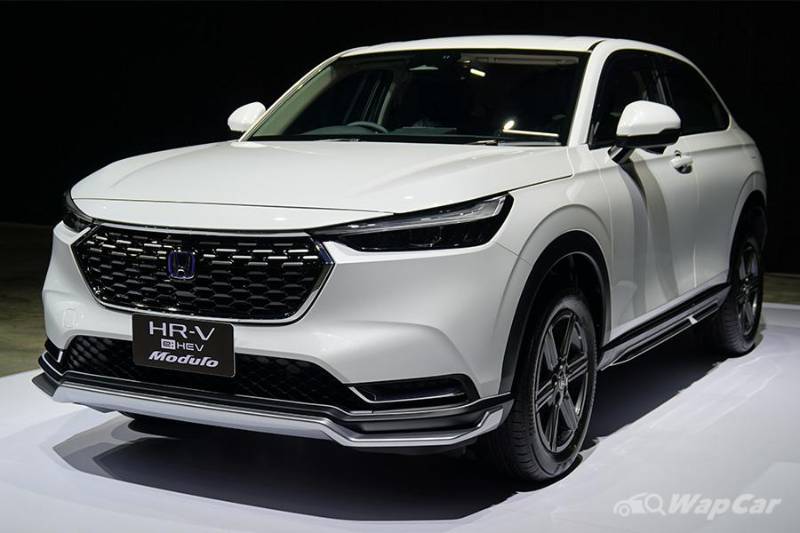 For Thai buyers who wanted a bit more spice to their HR-V, Honda Thailand offers Modulo accessories which includes body skirts and a front grille that looks similar to the one on the RS.

Also read: Not bold enough? Check out these accessories for the all-new 2021 Honda HR-V! 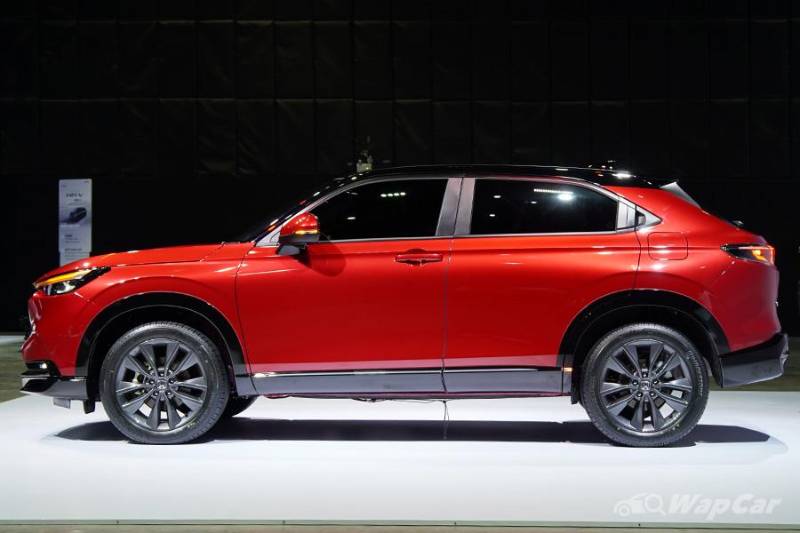 The starting price is slightly higher than before. The outgoing HR-V used to start at THB 949,000.

Although Thailand's HR-V is now a hybrid-only model, we don't think Honda Malaysia will follow the same line-up, given Malaysians’ reluctance on hybrids.

Like the City and City Hatchback, we might see a petrol variants to be sold alongside the e:HEV variant. Could it be the upcoming turbocharged 1.5-litre engine that was supposedly spotted in Thailand or the naturally-aspirated 1.5-litre unit currently available in the Japanese Vezel?