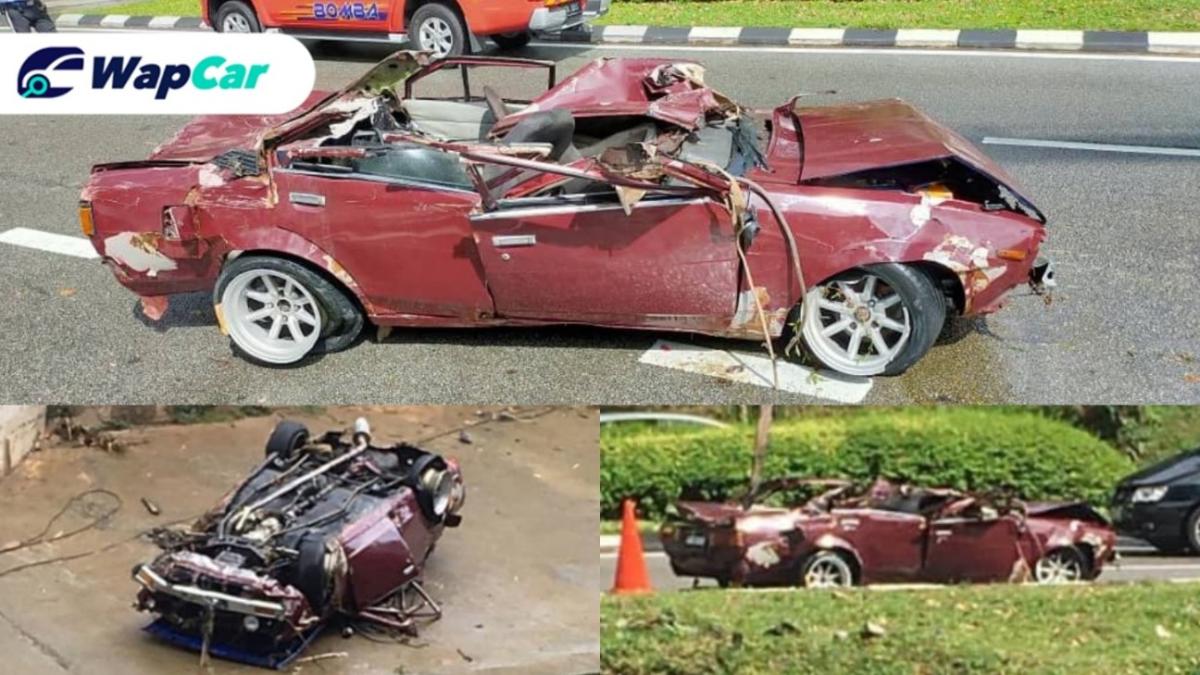 This wrecked KE70 Toyota Corolla was fished out of the waters near the Sogo shopping mall on Sunday morning. Initial investigations by authorities note that the driver was not at the scene when the car was discovered.

The Fire and Rescue Department, along with officers from the Kuala Lumpur City Hall (DBKL) managed to recover the Corolla at 10.47 am.

Authorities had to lift the car out with a winch after a thorough inspection of the situation as the river’s current was very strong after the heavy rain the night before.

It was later learned that the 23-year-old driver had managed to jump out of the vehicle before it plunged into the water. According to the driver, the incident happened at 4 am as he was on his way to Shah Alam.

He told police that he lost control of the car when making a turn at Jalan Kuching and the car rammed into the road divider before plunging into the river. The driver sustained minor injuries from the jump and was taken to the Subang Jaya Medical Centre by his brother.

A report was only launched to the traffic police headquarters on Jalan Tun HS Lee after the driver received treatments for his injuries.

According to the Kuala Lumpur Traffic Investigation and Enforcement Department (JSPT), the driver was subjected to a breathalyser and revealed that he was not driving under the influence of alcohol.

The KE70 is one of the most popular restoration project car options on the market. It is sad to see that there’s one less KE70 on the road, but we’re pretty sure the wheels are still salvageable though. Any takers?