HomeNewsIf the Hyundai Stargazer and Mitsubishi Xpander aren't related, why do they look alike?

If the Hyundai Stargazer and Mitsubishi Xpander aren't related, why do they look alike? 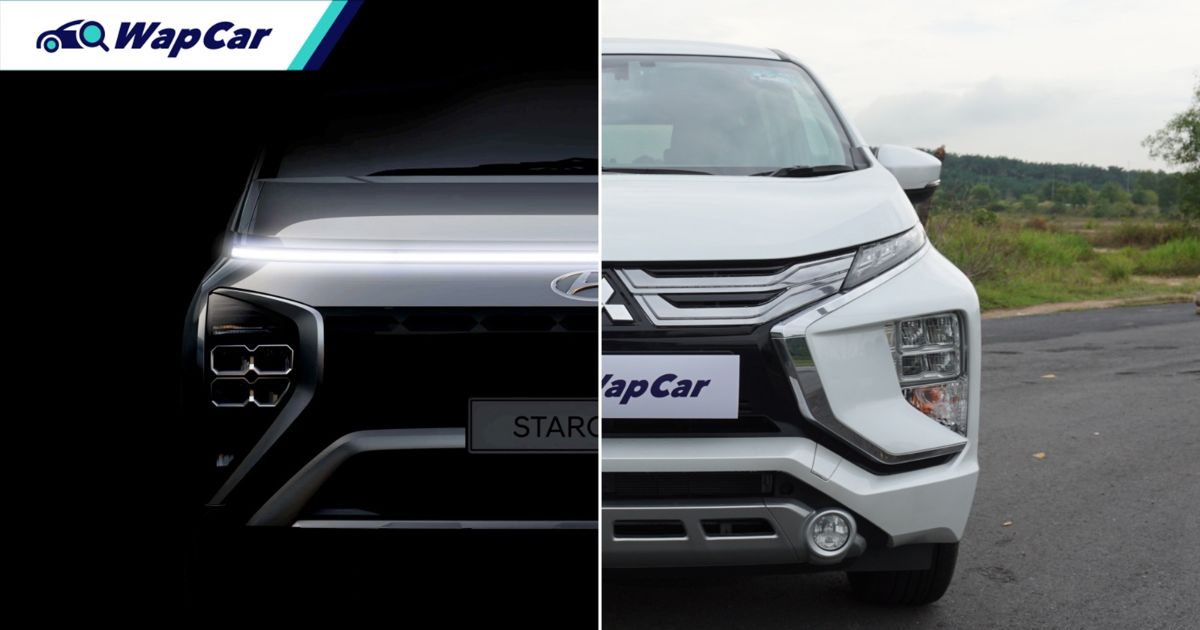 Teasers for the 2022 Hyundai Stargazer have been revealed which points to its eventual unveiling very soon. However, if you look at the shape of Hyundai’s B-segment 7-seater, it looks an awful lot like the Mitsubishi Xpander. 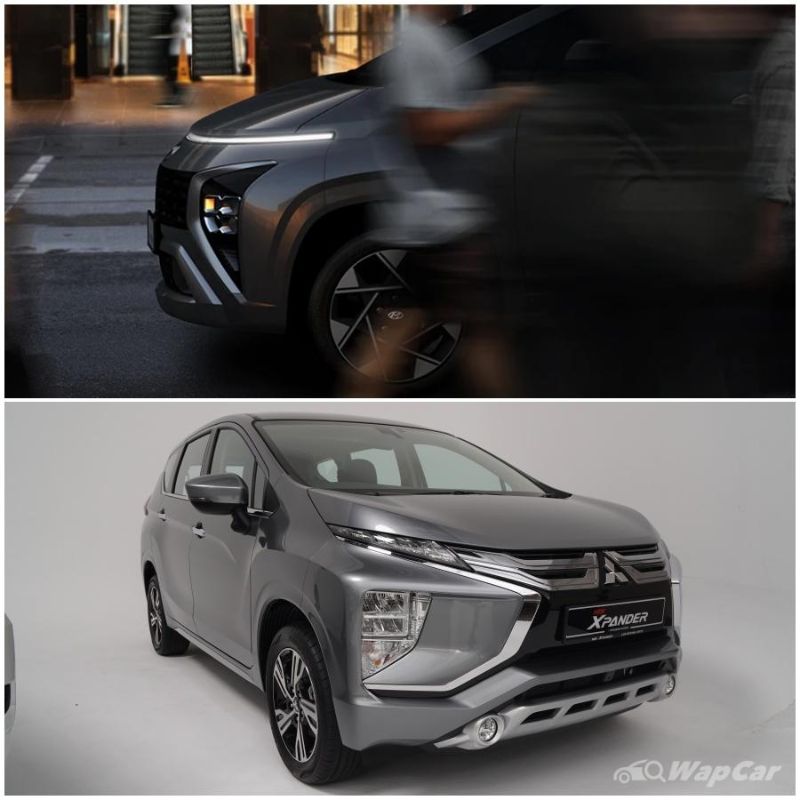 It’s probably an accidental coincidence that both the Stargazer and Xpander resemble one another. From the front design to the side, there are elements of the Xpander in the Stargazer but make no mistake, both cars are as related as Zooey Deschanel and Katy Perry. 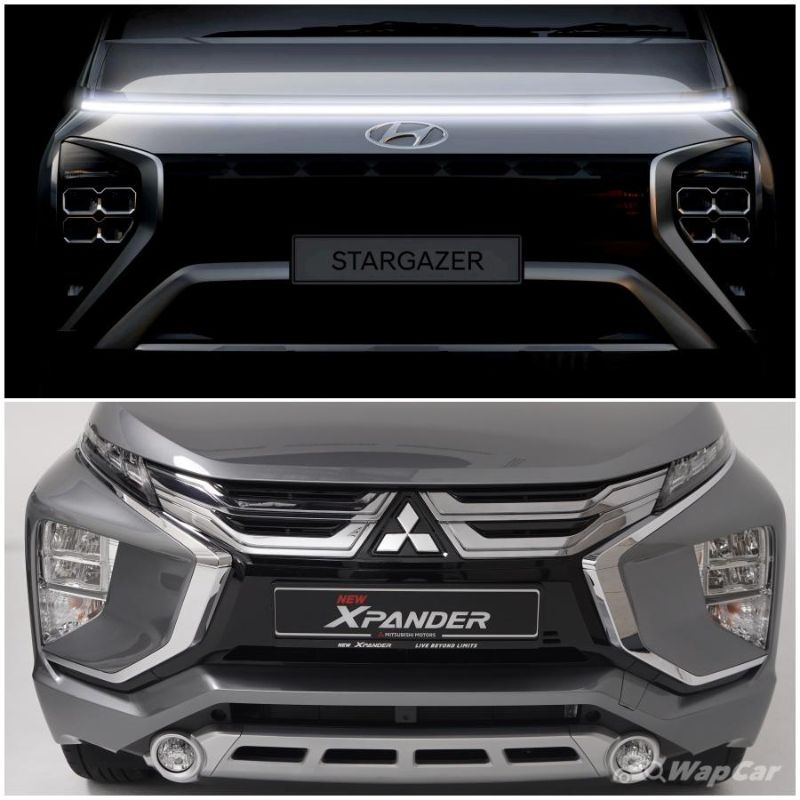 The Stargazer’s main inspiration in its design is the Hyundai Staria with a similar horizontal DRL bar design shown across the front. Though the arrangement and design of the headlights might resemble the Xpander, Hyundai tries to give a bit of a futuristic approach here. 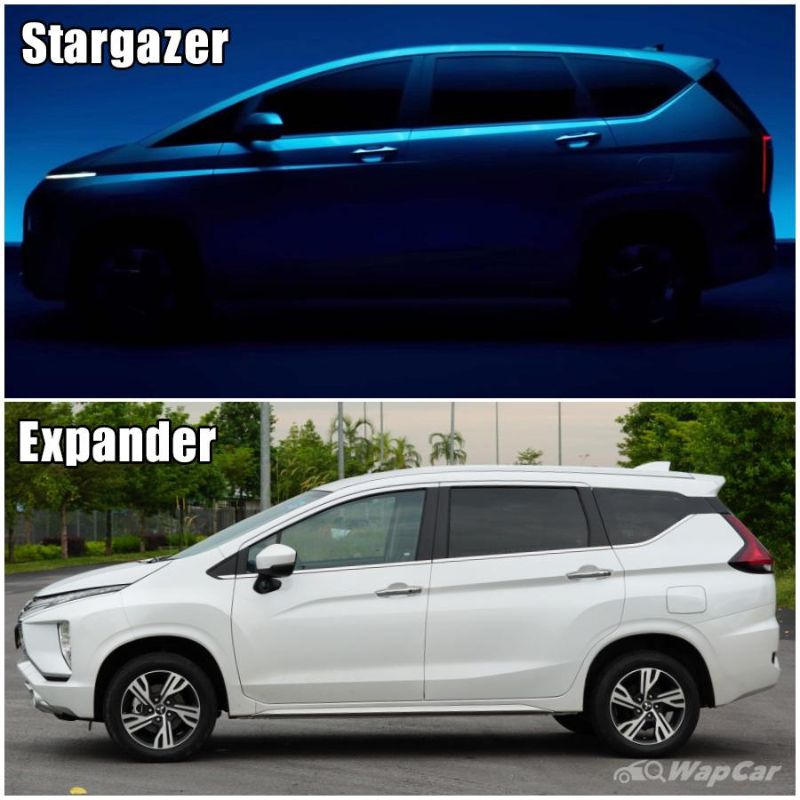 Meanwhile, the side profiles of both the Stargazer and Xpander are similar to one another with the Korean getting extra style points by having a slightly more distinct kink on the D-pillar. That “X” gives the Stargazer a sort of ‘floating roof’ design for a sporty look. 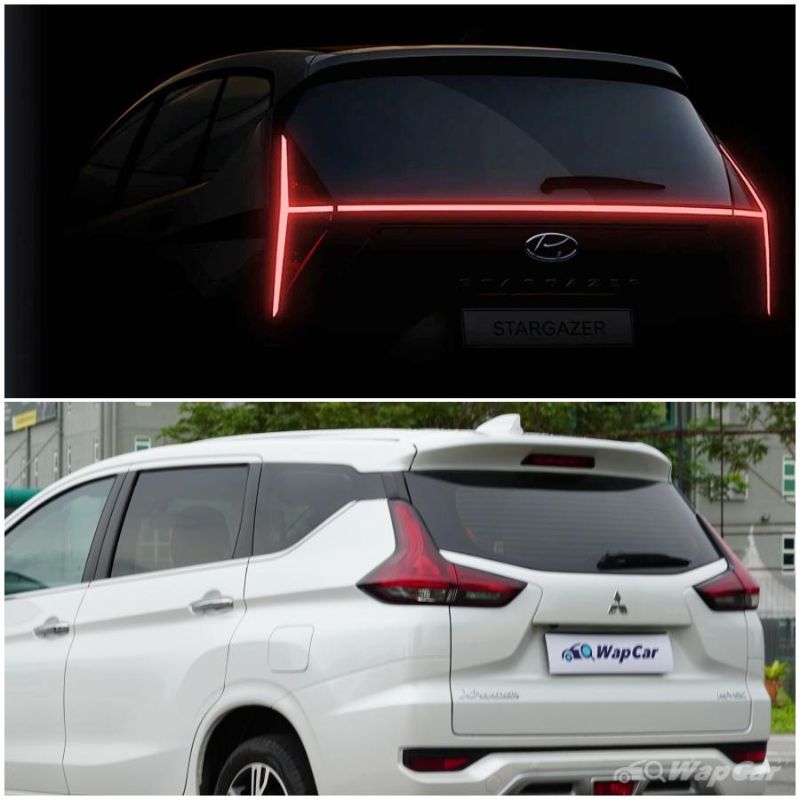 While there are a lot of distinctions (or similarities, in this case) between the Xpander and the Stargazer in front and on the side, the rear doesn't reveal much. Aside from the distinctive H-shaped taillight design that stretches across the tailgate, we can't really comment on how much more similar could the rear be between the two models.

However, we had published a rendering of what the Stargazer’s rear could look like when spyshots were floating around online in 2021. It was probably the right call to base the design on the existing Xpander.

Both 7-seaters’ uncanny resemblances hark back to a time when both Hyundai and Mitsubishi were partners. Some Hyundai models in the 1980s and 1990s were rebadged Mitsubishi models and shared similar engines but as Hyundai became more independent, the Mitsubishi connection ended.

Also read: The Hyundai Grandeur EV Concept is the coolest restomod based on a forgotten Mitsubishi

Despite looking close to the Xpander, Hyundai’s upcoming rival won’t likely share anything from the popular 7-seater. It could sit on the same platform as the Kia Carens which made its global debut in India in 2021 and could also share the same powertrains including a naturally-aspirated 1.5-litre unit (115 PS/144 Nm) that drives the front wheels.

The upcoming Stargazer would be making its global debut in Indonesia though no dates have been announced yet. It will also be sold in various developing markets around the world including Malaysia, so can this be as successful as the Xpander?