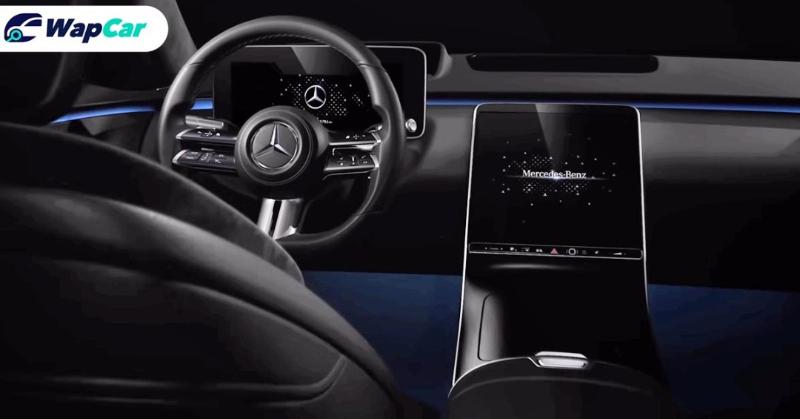 If you are curious to know what the future of cars will look like, look no further than the next Mercedes-Benz S-Class. Ever since the over-engineered slab-sided third-generation model of the 1990s, Mercedes-Benz has always stuffed their flagship full of the latest in-car features and gadgets.

As they say, if the S-Class has it, chances are your family hatchback will get it in a decade or so. And for the curious, it’s best to pay attention now with Mercedes-Benz set to reveal its seventh-generation iteration. 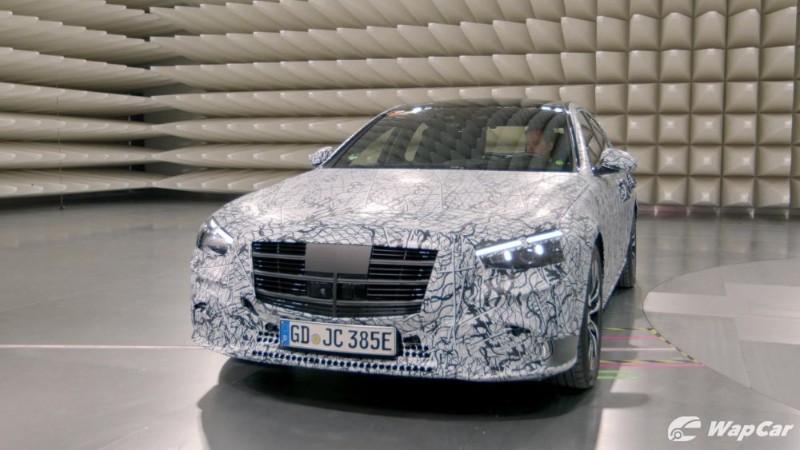 Though slated for a September debut, Mercedes-Benz has already begun drumming up the hype for its new baby, codenamed the W223 S-Class. Kicking off the hype is a preview of its new infotainment system. And... oh dear, is that 12.8-inch giant screen inspired by Tesla? That’s not good. 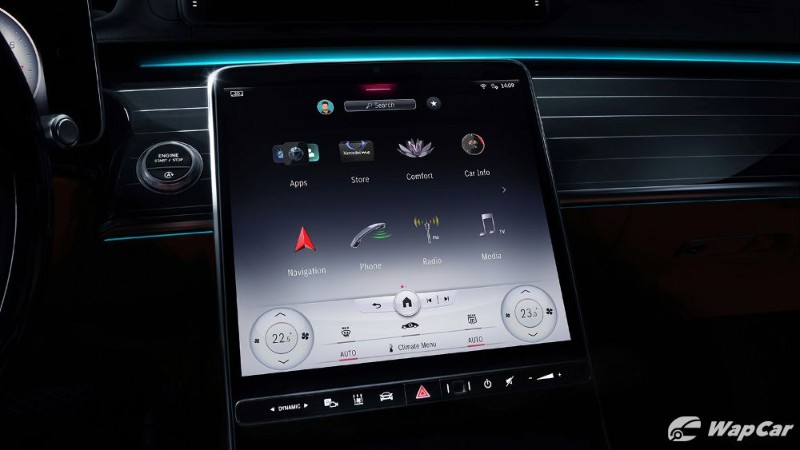 If you have been following this site, chances are you would have seen it from early spy shots of the prototype. Mercedes-Benz's own teaser image above does correspond with the shot of the alleged W223 S-Class interior below. And despite the proposed features and specs, my disposition towards it hasn’t changed. 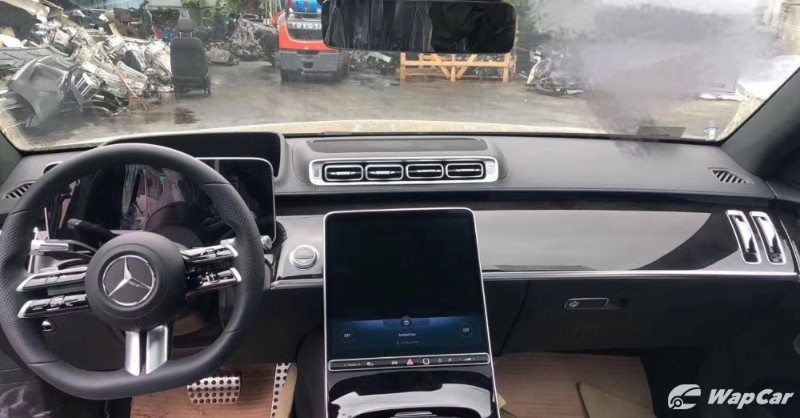 Is it cool? Undoubtedly. The Mercedes-Benz User Experience (MBUX) does look pretty and it is snazzy enough to drown out your ADHD demons. Is it a good idea? Personally, no. I’m unconvinced that touchscreen interfaces work in cars and scaling up the screen just makes it more difficult to operate. Should Mercedes-Benz be doing this? That is an emphatic no for me.

In the last half-decade, Mercedes-Benz has been furnishing their cars with some of the best interiors in the business. Jump into any model in its current range and you will be treated to a beautifully finished interior with neat details that will tantalise the fingers and illicit a smile. 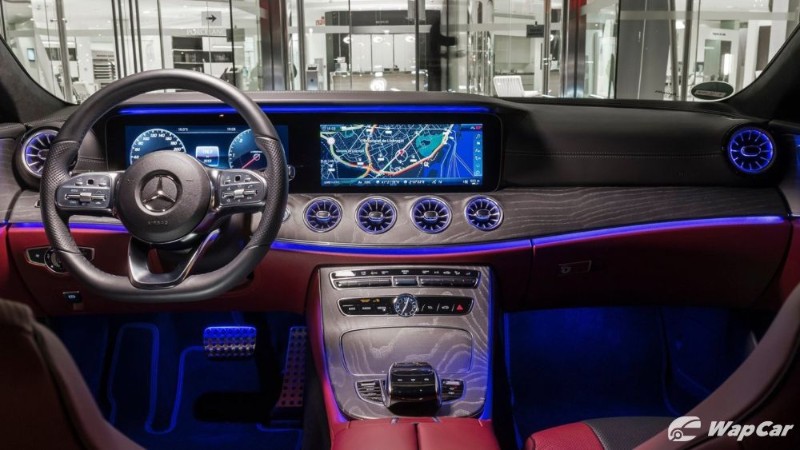 From the knurled finish of the volume knob to the faux-metal finish of the climate control switches, Mercedes-Benz’s cabins have a convincing tactile feel with detailing that elevates the whole into a class above. You can even find these delectable delights in the entry-level A-Class and rugged mud-plugging G-Wagen, models where you least expect to find such detailing. 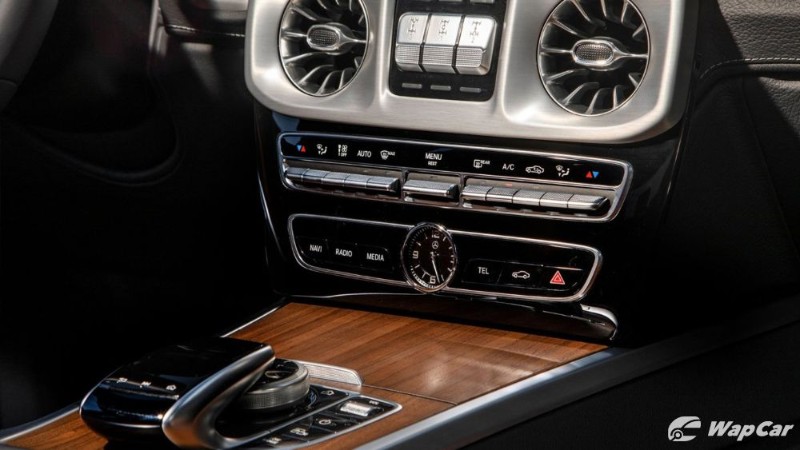 If such neat bits and bobs strike your fancy, too bad. If the preview and spy shots are anything to go by, the next S-Class will consolidate climate and media controls to a charmless slate of touch-sensitive OLED panel in a sparse and minimalist interior. Just like Tesla did with its cars.

One could owe this design decision to product planning research gone wrong. Some sleep-deprived product planner must have thought that people adore the Tesla Model S for its giant touchscreen. That is the only answer I can think of even as every Tesla conversation seems to bang on about its autonomous driving capabilities and supercar-crushing performance. 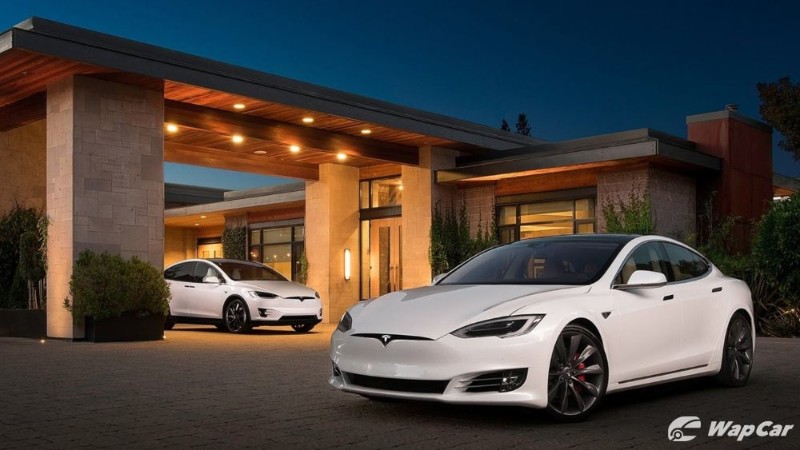 As for Tesla’s infotainment systems, the consensus is that it is far from being an exemplar. Instead, its reputation is quite the opposite with the American road safety board raising concerns of the reliability of systems in older Teslas. 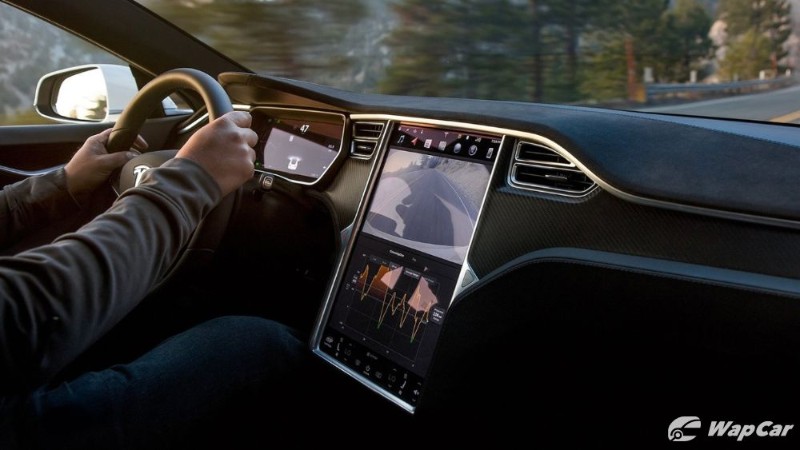 Some suggest that by using a touchscreen Tesla saves a fortune and a ton of effort in sourcing and the development of physical controls. Furthermore, the company can forgo having to put together an interior with switches, dials, and knobs with any level of quality or competence. They are well-known for build quality, or lack thereof, after all. 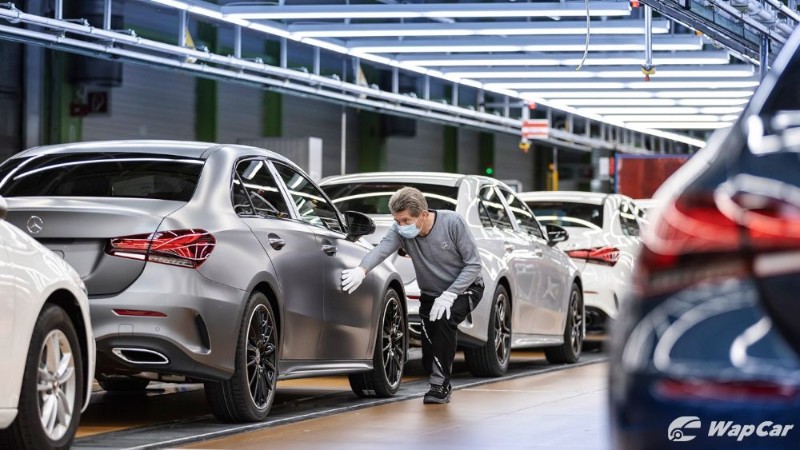 Mercedes-Benz, on the other hand, has the proven track record of putting together an interior that feels as good as it looks. And they have a perfectly usable dial-operated infotainment system to pair it with. So why throw this baby out with the bathwater? Trends? Maybe. 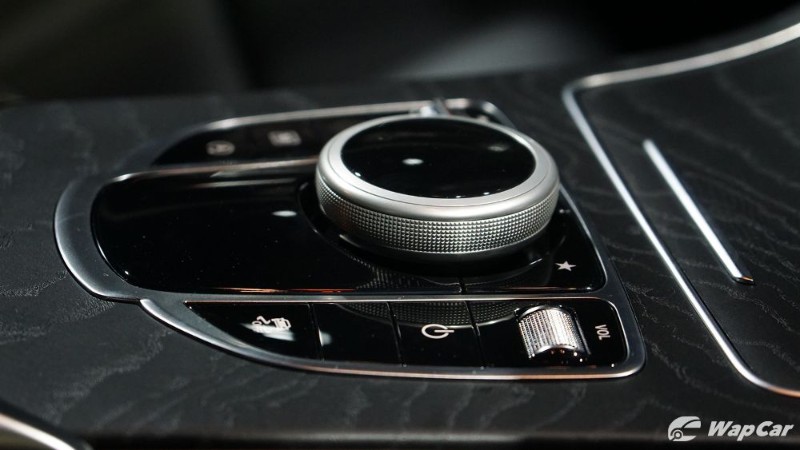 There is method behind Mercedes-Benz’s infotainment supersizing madness. With so many features crammed in, twisting that old COMAND rotary knob just to find some obscure setting would get tiresome. A touchscreen would make such a task a breeze by comparison. 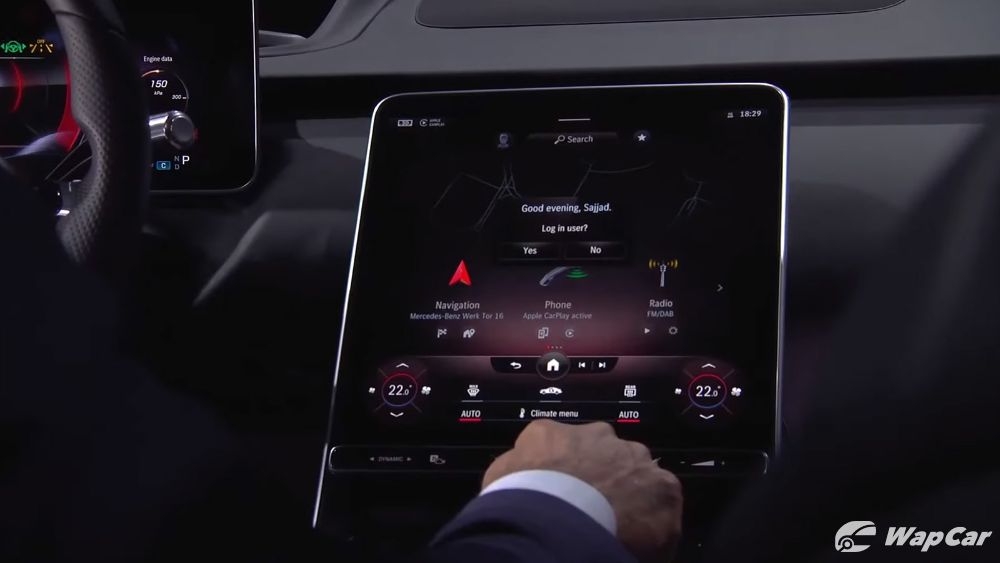 On top of that, Mercedes claims that the infotainment system will feature over-the-air updates, just like Tesla. With so much screen real estate to play around with, the MBUX will evolve with future downloadable updates. 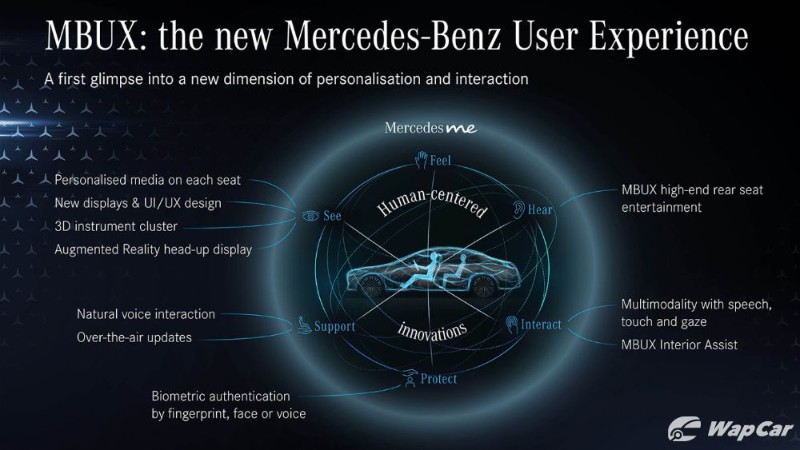 Even so, I am sceptical of touchscreens in a car. A scepticism that born out of an infuriating attempt to cancel the route guidance on a Jaguar’s navigation system while spearing down a bumpy highway and the voice guidance berating me for not following its instructions. Ever tried feeding a parking machine with crinkled notes one-handed while it keeps barking insults at you? It will boil your piss. 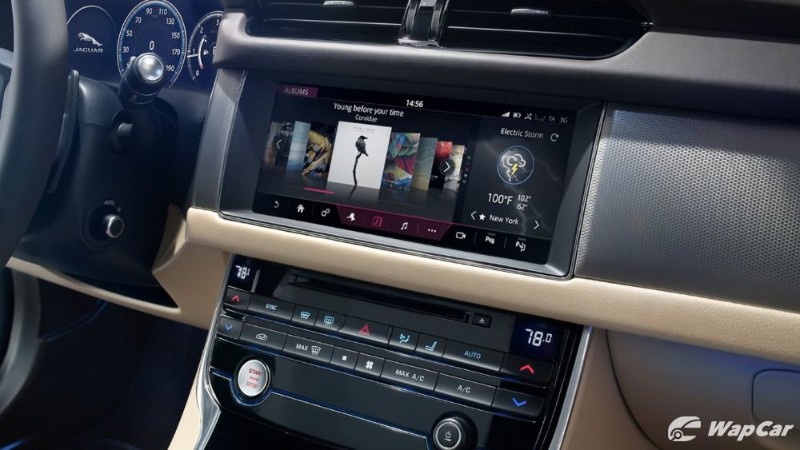 With buttons displayed arbitrarily around a big flat screen, rather than a fixed point in a car, like next to the gear shifter or on the dashboard, keeping one eye on what your finger is pointing at and the other on the road is an act the human body simply wasn’t evolved to do. It is of little wonder why companies with the budgets would opt to develop a dial-operated system like Audi’s MMI, BMW’s iDrive, and Mazda’s MZD Connect. 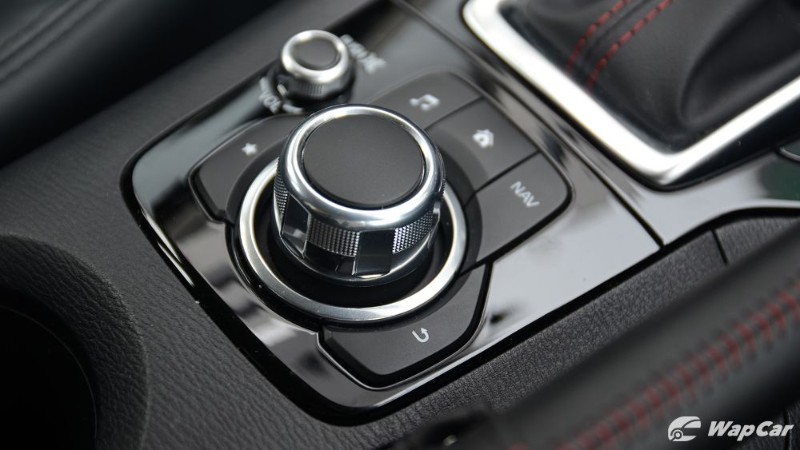 Come to think of it, the only car that had earned my wholehearted ire had a clunky touchscreen interface on top of being a general disappointment. Enter the Infiniti Q50, which ditched the brand's interesting designs for a flat panel of screens that felt more “aftermarket” in its integration and execution. Considering the ease of designing and fitting a touchscreen, being offered one in a car of such price point was just being stingy. 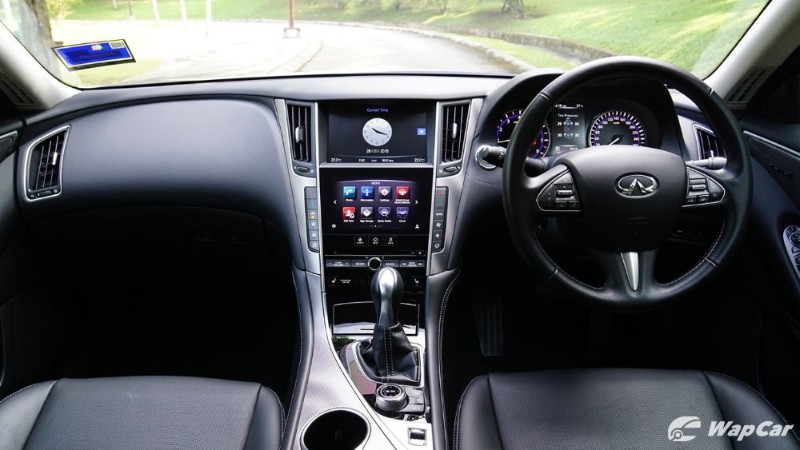 Presumably, Mercedes-Benz’s designers would have known better. Presumably, drivers can depend on the S-Class’ autonomous systems to do the driving while they toy with the touchscreen. Presumably, the experience will be as immersive as any cyberpunk futurist’s wet dream. And presumably, the end product will be the template of future Mercedes-Benz models to come. 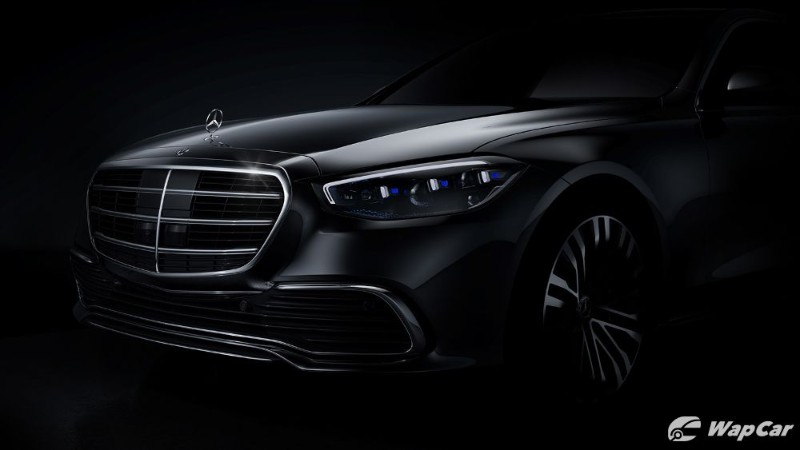 However, I can’t help feeling that the new S-Class would feel poorer for it. A car that is the epitome of the finer things in life should feel hewn and crafted rather than trendy and vapid. There is no doubt that the W223 S-Class will be a quality product. But will it feel like the flagship of a company that boasts “The Best or Nothing” or worthy of becoming the poster boy for your family hatchback of the next decade?