HomeNewsWhy is my tyre shop trying to sell me nitrogen gas inflation?

Why is my tyre shop trying to sell me nitrogen gas inflation? 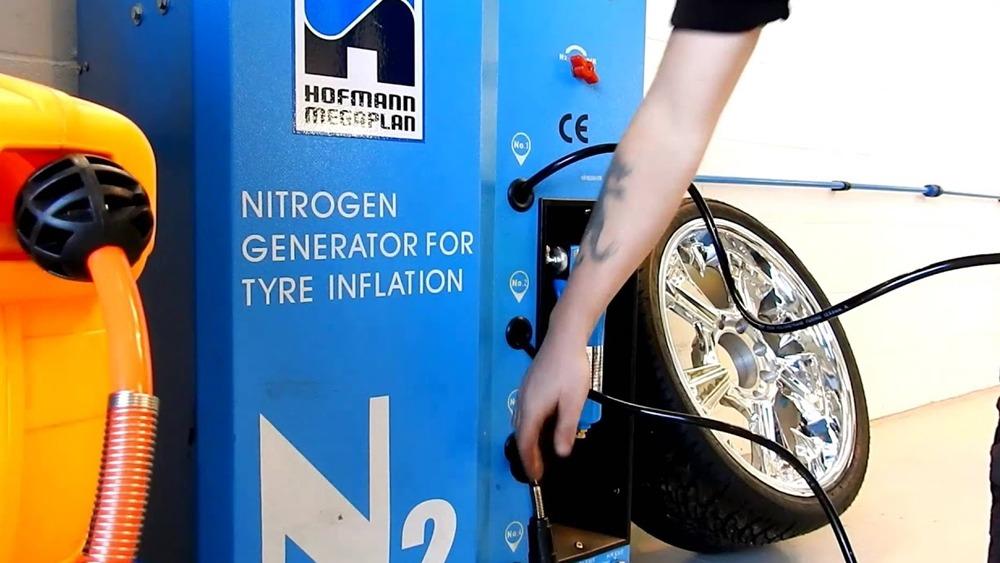 You might have come across this scenario while sending your car to your neighbourhood tyre shop – after the job is done, whatever it may be, the tyre shop will try to upsell you nitrogen gas inflation for your tyres.

You will mostly be shown some materials or be told that it is better to fill your tyres with pure nitrogen rather than regular air. You will also be told that nitrogen-filled tyres will save you fuel, prolong the lifespan of your tyre, require lesser maintenance, and are better for your wheels (rims).

You might also be told that race cars use nitrogen-filled tyres, so what’s good for a race car driver is certainly good for you.

Even Perodua authorized service centres offer such service for just RM 15.90. The question is, do you need it? Is it necessary? 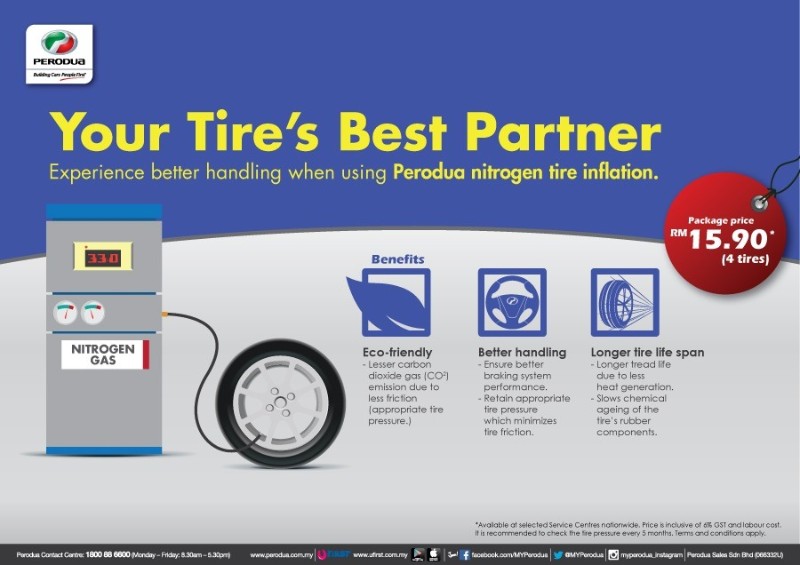 The short answer is you don’t need nitrogen-filled tyres, but if you insist on using it that’s also fine.

To be clear, the aforementioned benefits of inflating your tyres with nitrogen are all true but in the grand scheme of things, there are many more factors that have a greater impact on the longevity of your tyres and your car’s fuel consumption than just what you inflate your tyres with.

The air that you and I breathe are made up of many different types of gases – not just life-giving oxygen, but also nitrogen, which is inert, meaning that it doesn’t do much and doesn’t respond to much.

The last part is very important to tyres – which heats up when you drive for long distance. Regular air expands with increasing temperature, thus altering the pressure inside your tyres. The converse is also true, lowering the tyre's effective pressure in cold weather. Since nitrogen is so inert, its characteristic is less affected by temperature, meaning that the tyre's inflation pressure will remain unchanged even when it's hot. 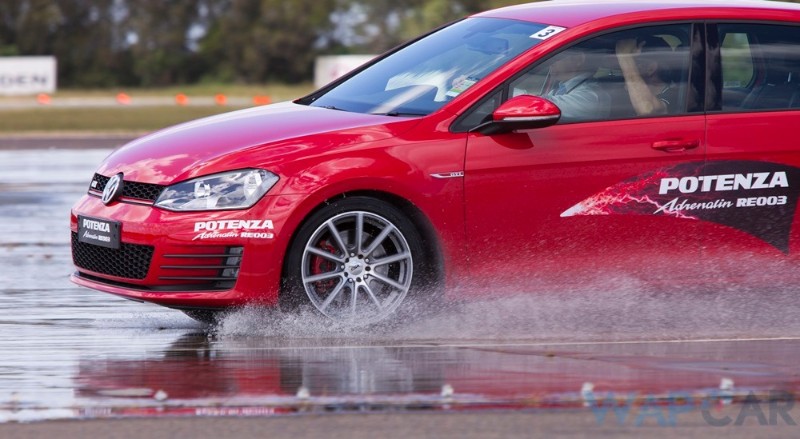 For a race car driver, a small change in tyre pressure could mean an error in the team’s calculations on how much fuel to put into a car. Too much fuel will add weight, which slows the car down. Too little fuel and the driver won’t be able to finish the race.

Changes in tyre pressure could also affect the tyres' sidewall flex and grip through high speed corners, affecting how fast or how tight a line the driver can maintain through a corner, we are talking about fractions of a second.

The question is whether fractions of a second make any difference to you? Or do you measure fuel consumption in three decimal points of a litre?

If fuel consumption is what you are concerned with, then your driving style, choice of route, and tyre choices have a far greater impact than what you inflate your tyres with. 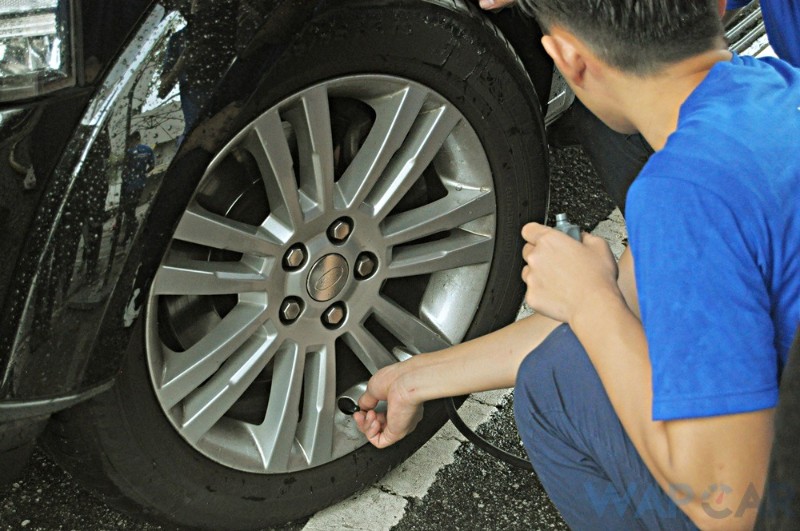 It is also true that nitrogen-filled tyres require less maintenance as nitrogen resists permeation through the tyre materials better than regular air, meaning that the tyre maintains its pressure longer, in theory at least.

In reality, tyres lose their pressure mostly through true worn out valves, driving over poor road conditions but more important than that, even nitrogen-filled tyres still require periodic checking of the tyre pressure.

At some point, you will need to re-inflate your nitrogen-filled tyres, and where are you going to do that? Go back to a tyre shop or stop by a nearby petrol station to fill it up regular air? 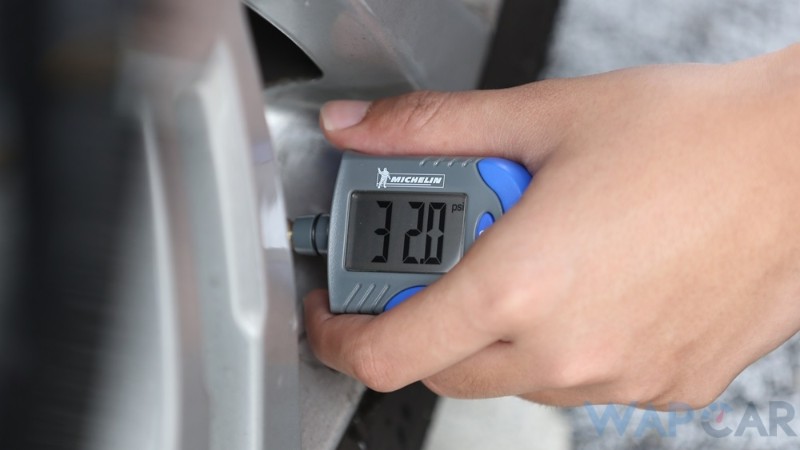 If you choose the former and decide to drive with under-inflated tyres just so you can go back to a tyre shop with a nitrogen gas pump, then you’ve just thrown logic out the window.

Some will also argue that pure nitrogen gas have less water vapour in it, and it prevents rust in your wheels and valves. That’s technically correct but what about the rest of your car then? Remember that your wheels are not made of pure untreated iron that rusts so easily.

In short, the arguments for filling your tyres with nitrogen is valid. They are not wrong but it’s a very weak argument.

Most tyre makers are indifferent about their advice to consumers on this subject, mostly out of the need to support their dealers, who rely on upselling such services for additional revenue. As mentioned above, there is nothing wrong with using nitrogen, so tyre makers won’t recommend against it but neither do they say it’s a must.

“To be clear, inflating tires with nitrogen is not harmful. Moreover, the PSI stays steady in the long term. (Tyres filled with regular air lose pressure through permeation a little more quickly.)

“But for the most part, nitrogen makes absolutely no difference when it comes to a loss of pressure caused by tyre punctures, tyre bead leaks, valve leaks, or other mechanical leaks. There’s no discernible benefit over air-filled tyres, and that includes performance factors such as rolling resistance, fuel economy, and tyre aging.”