Home > News > Back to the Future's DeLorean is now a Transformer!

Back to the Future's DeLorean is now a Transformer! 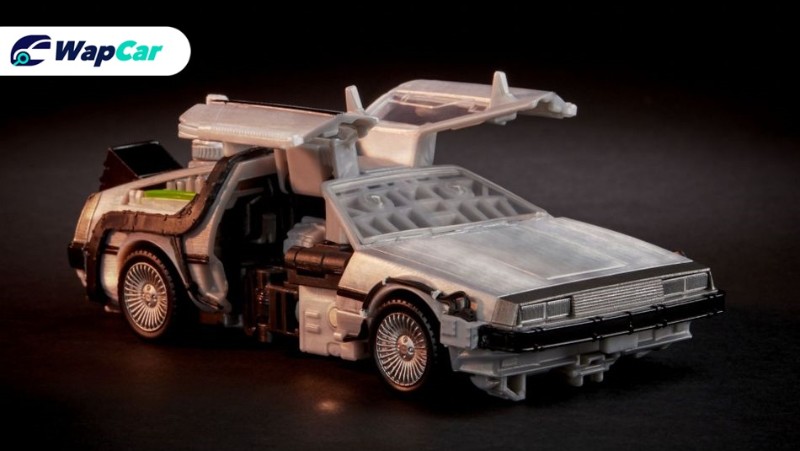 One of the most iconic cars in Hollywood history is now a Transformer action figure! Introducing Gigawatt, yes appropriately named, a new Autobot that transforms into the Back to the Future flying DeLorean time machine.

Gigawatt is a collaboration between Transformer and Back to the Future to celebrate the 35th anniversary of the Back to the Future movie. The bad news is the action figure is limited to only 1,985 boxes and sold only in the USA, sorry rest of the world. 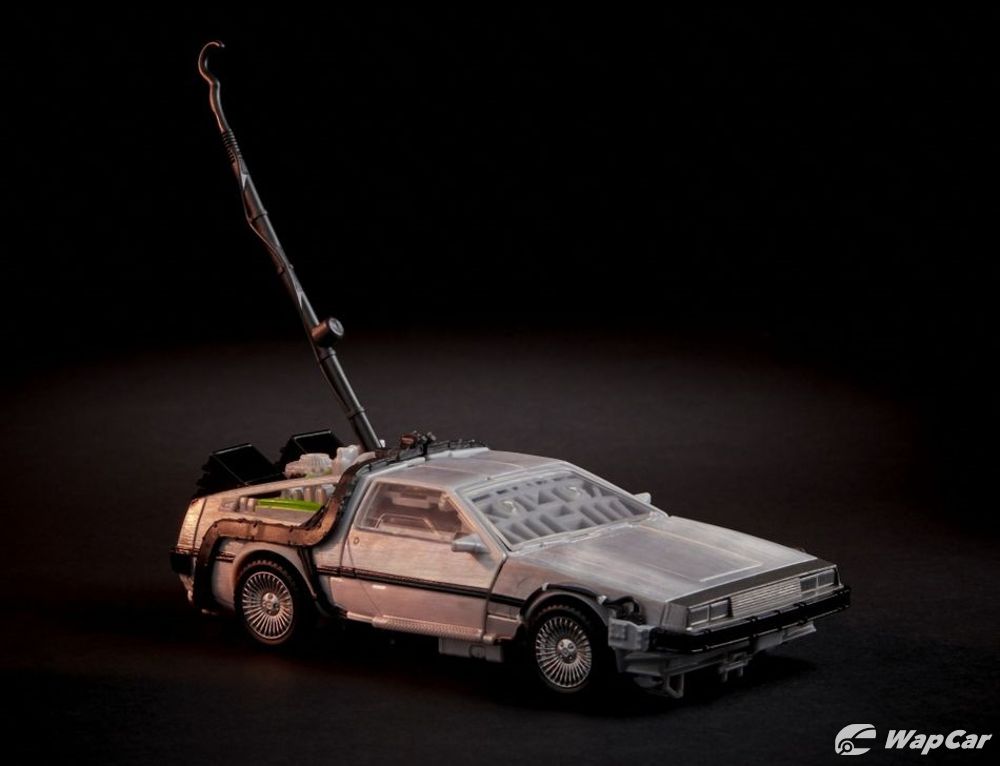 When in its DeLorean form, the action figure even comes complete with the electricity-conducting pole that Dr Emmett “Doc” Brown used to help Marty get back to the future, no pun intended.

It even has the Mr Fusion garbage-in-fuel machine that first appeared at the end of the first movie. The gullwing doors also let you open and close them whenever you want. 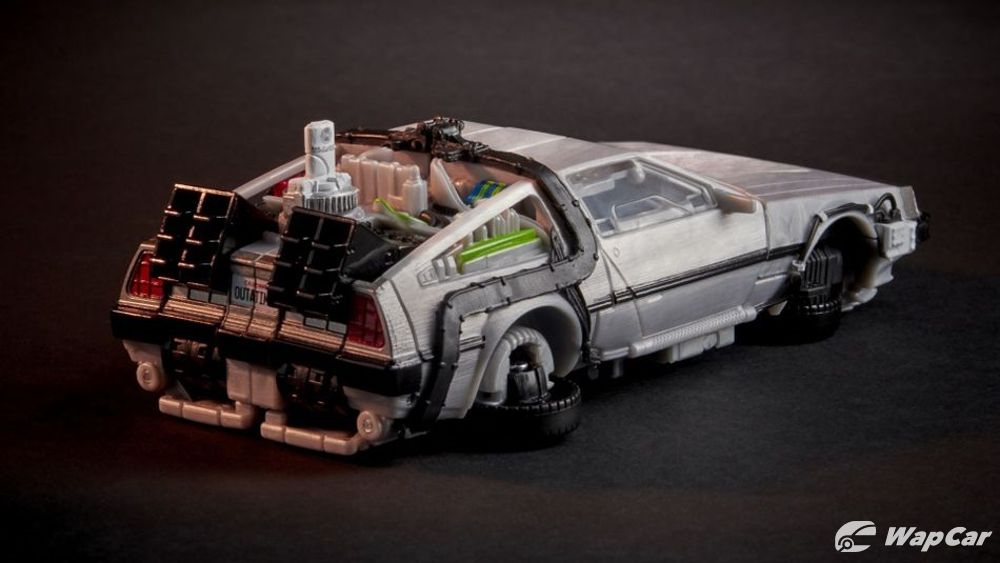 Once the DeLorean transforms to its Autobot form, the first thing you will notice is the Flux Capacitor and a date display below with that reads the key moments Marty visited in the first two movies from 1985, 1955 to 2015.

The action figure’s release will be accompanied by a comic book run from Idea and Design Works Publishing (IDW), the publisher that bought over the rights to the Transformers comic series. 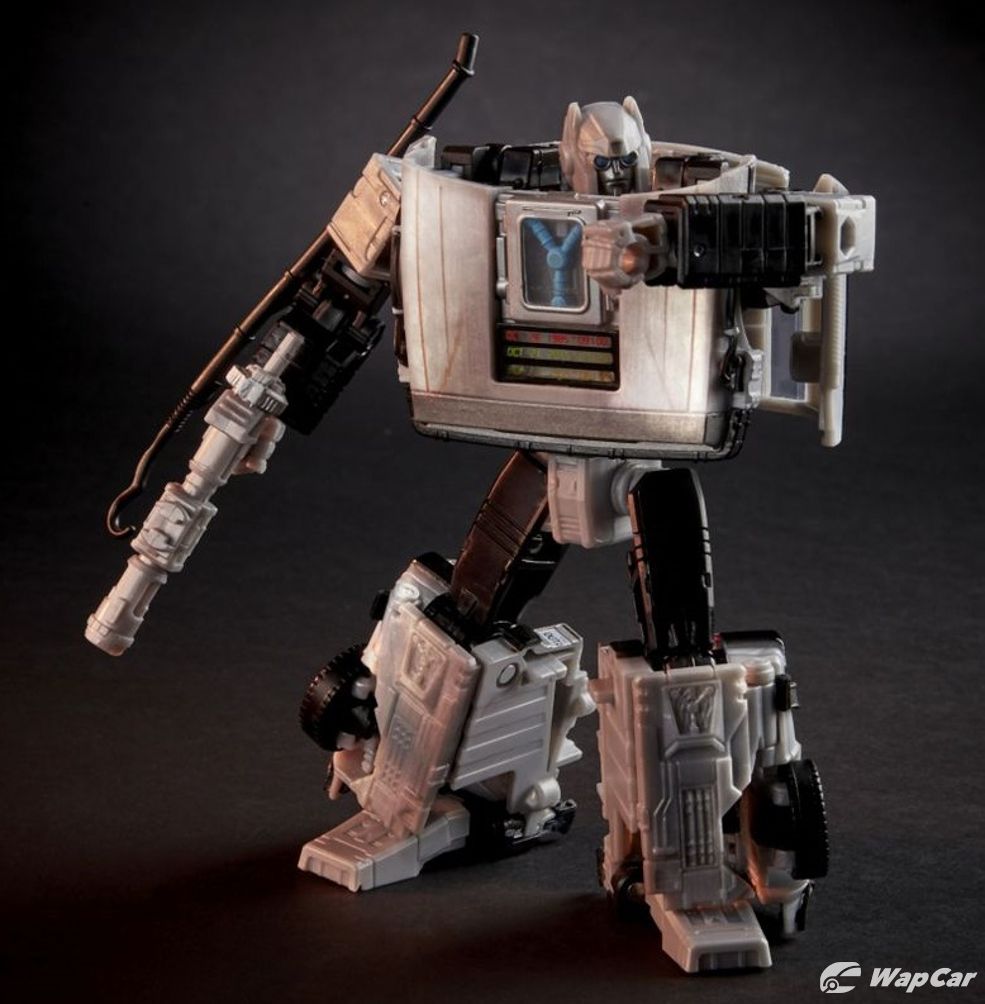 The story will follow Marty as he evades Decepticons who are after Doc’s time machine. Of course, Marty being just human will need the help of an Autobot, so that is where Gigawatt comes in.

IDW has set the Back to the Future/ Transformer mash-up to run for four issues and has already released the first issue’s cover. Look familiar? That’s because the cover is a recreation of the original movie’s poster but with Gigawatt front and centre instead of Marty. 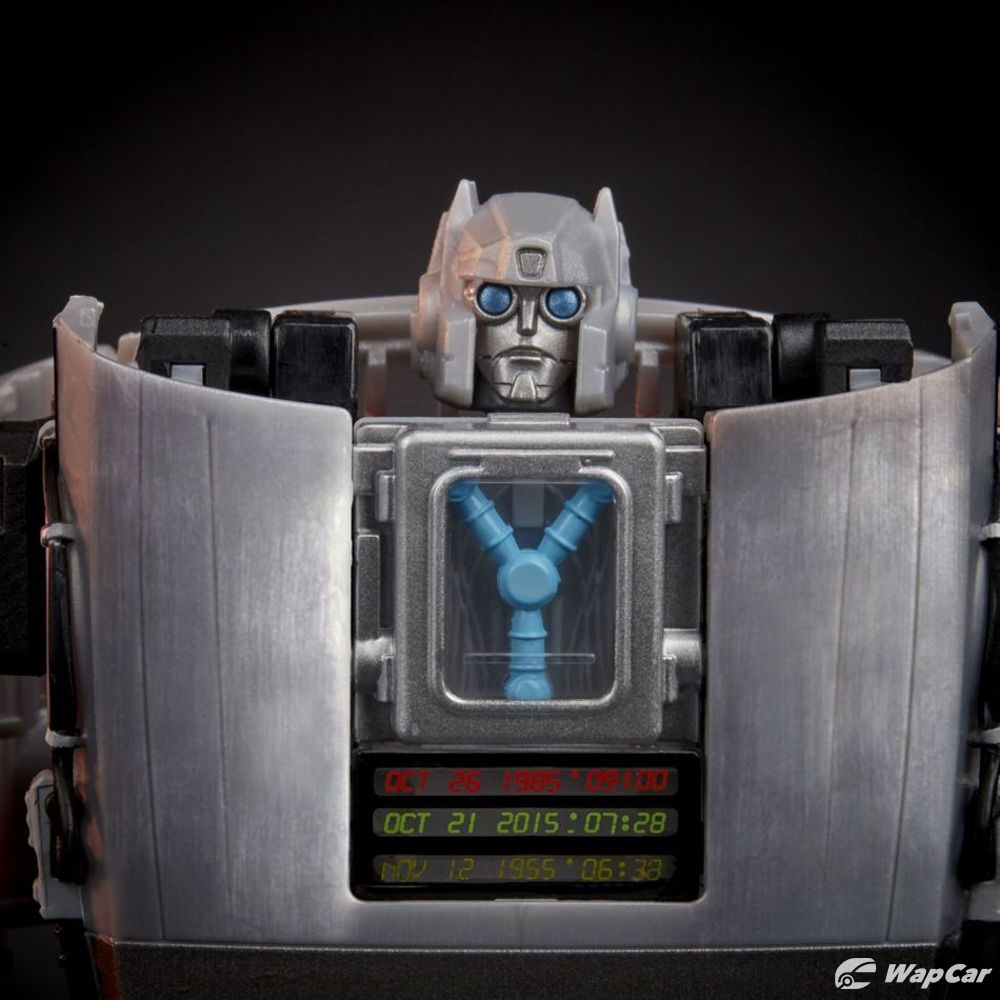 Looks like the legacy of the DMC lives on even in the new millennium. Who knew that a car produced for only 3 years and is well known for being too pricey and lacking the power to match its sporty looks would continue to be one of the most iconic cars from a movie of all time! 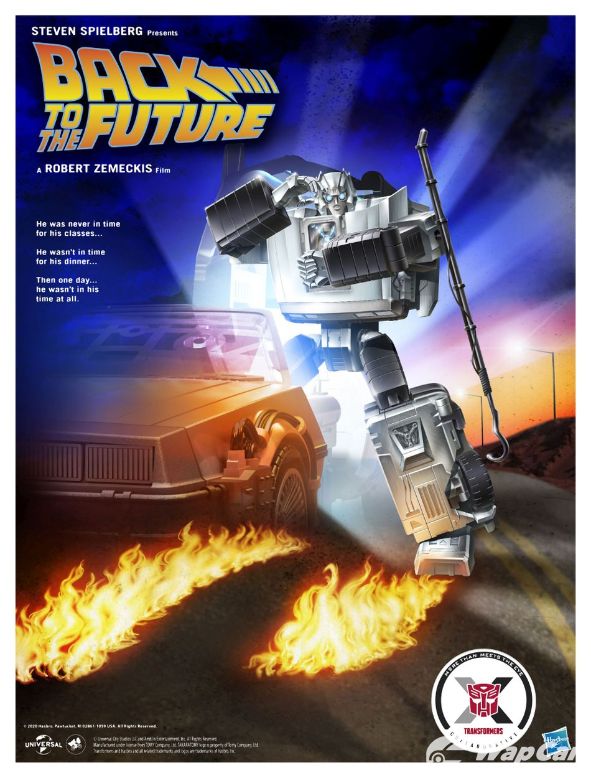