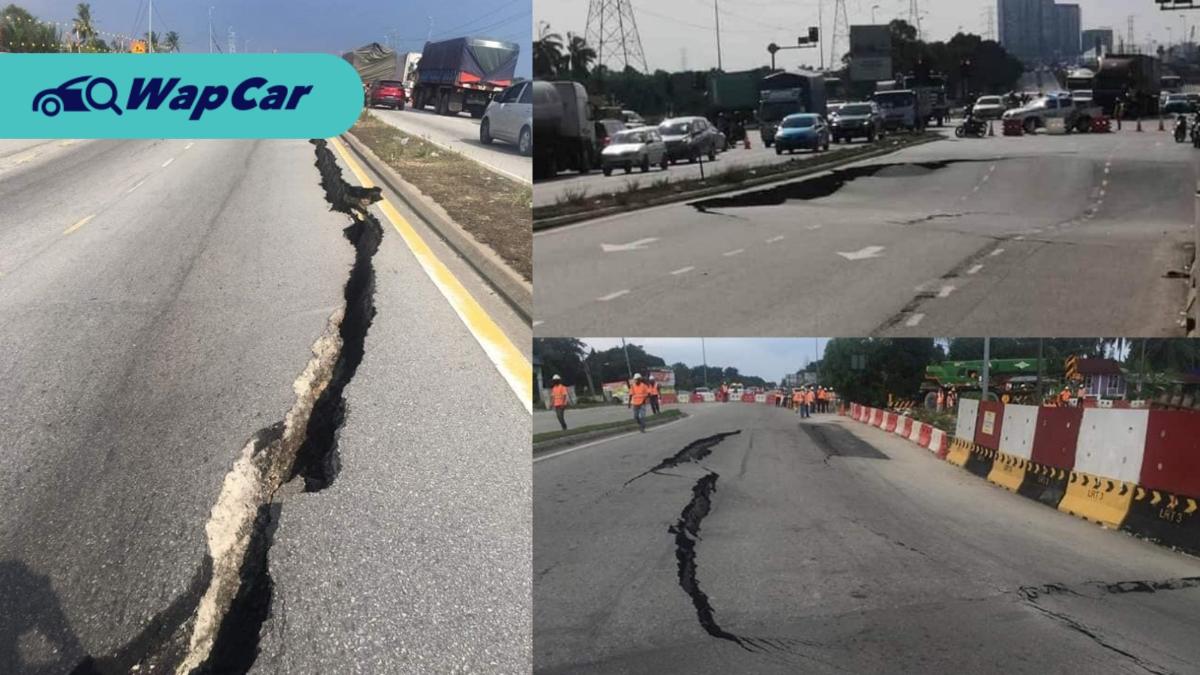 Flash floods and heavy rain are causing a lot of damage to the roads. Last week, photos and videos of the sinkhole surrounding the LRT 3 construction project near Johan Setia started surfacing. Now Prasarana has released an official statement along with an announcement that repair works might take at least a week.

Bernama reported that the road damage at Jalan Klang-Banting was caused by soil erosion and sedimentation due to the combination of frequent rainfall over the past two weeks and the pressures of the LRT 3 rail project construction.

According to Prasarana Chairman Datuk Seri Tajuddin Abdul Rahman, the soil sedimentation was so serious that it even caused an underground water pipe to burst. Water supply for 14,000 consumers in the area was affected by the burst pipe.

As of now, the roads leading to the damaged section has been closed and traffic is diverted to other areas while Prasarana’s LRT 3 project contractor, MRCB George Kent, conduct a study on the soil in the area. This is the ensure that construction work in the area is still safe.

Meanwhile, road repair works are estimated to take at least one week. So be sure to plan your journey before travelling.

On another note, Air Selangor reported that pipe repair works have been completed and water supply has been fully restored in the area. 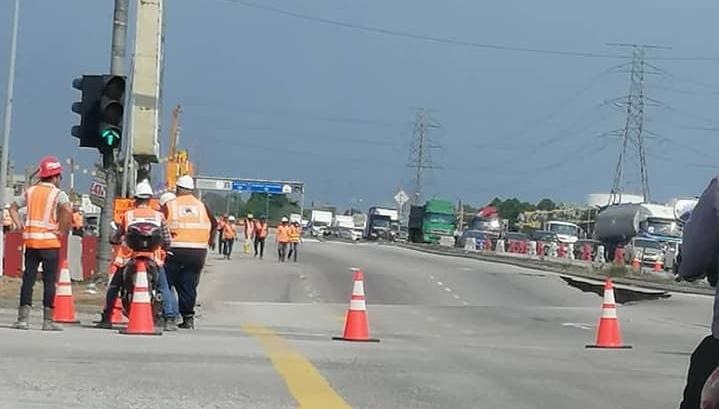 This is not the first that an incident happened around the LRT 3 project in Klang. Just last month, the roads connecting between Meru and Klang Town were closed due to a collapsed structure from the project.