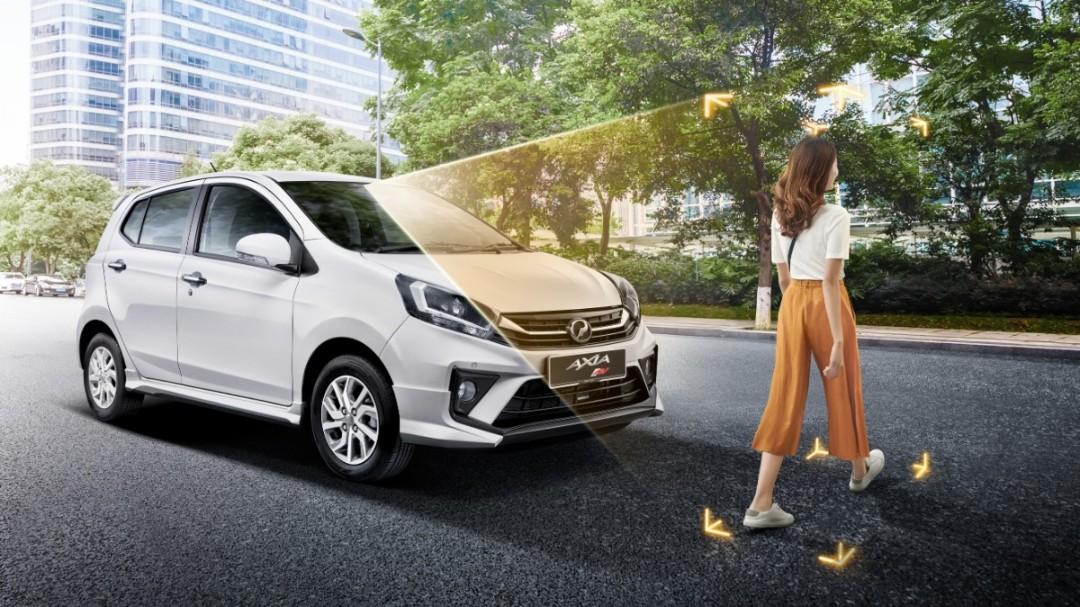 The updated Perodua Axia 2019 is the third Perodua model to be fitted with the ASA (Advanced Safety Assist) feature. The first was the Myvi, followed by the seven-seater Aruz, which was the first to debut the newer ASA version 2.0 – the same version used by the new Perodua Axia 2019. 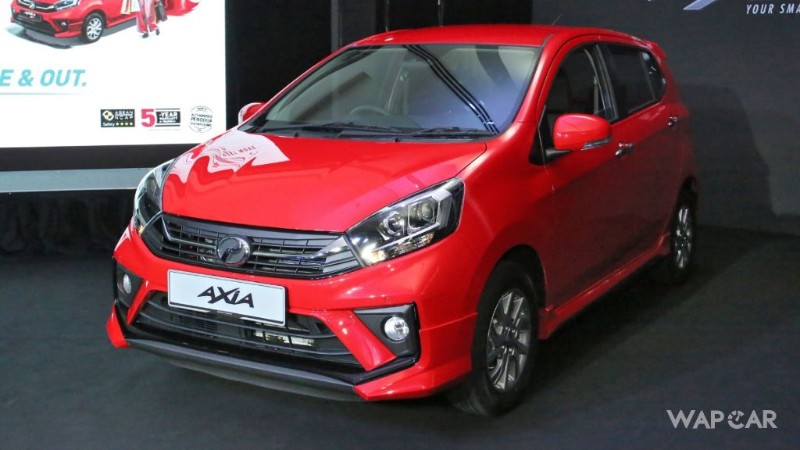 More importantly, the new Perodua Axia 2019 is now the cheapest car in Malaysia to be equipped with such feature – at RM 43,910 for the highest specifications AV variant. 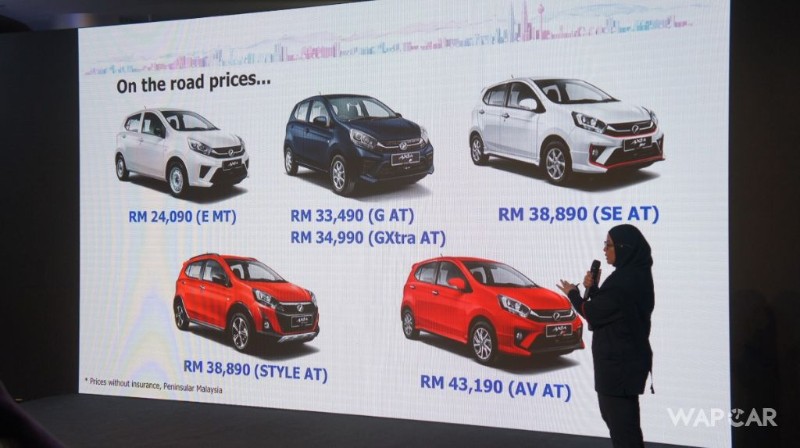 Lower range variants misses out on ASA but even so, the mid-range but still very affordably priced GXtra variant (RM 34,990) comes equipped with anti-skid electronic stability control, which is not what you would normally expect to see in an entry-level Perodua.

ASA is Perodua's marketing term for what is generically known as AEB or Autonomous Emergency Braking.

In very simple words, it's a function that automatically brakes the car to avoid an accident. That's the core function but ASA actually does more than that.

You can think of it as an electronic guardian but unlike a human, it never gets sleepy or distracted. 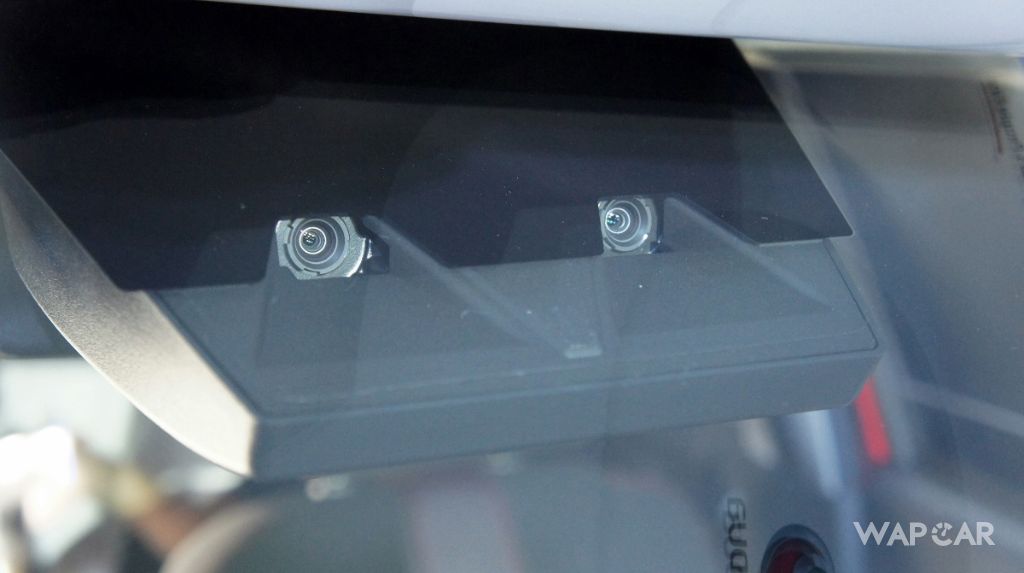 However, ASA works by using a pair of eyes, just like a human, except that the electronic eyes are actually a pair of stereo cameras mounted behind the rear-view mirror. It's essentially another pair of eyes looking out for you.

What can it do?

ASA constantly scans the path ahead for dangers. Is the vehicle ahead slowing down too fast? Is the driver not noticing the pedestrian walking out? Did the driver selected a wrong gear and is going to accelerate into a wall? Is the driver looking at his/her phone while waiting in traffic and the cars ahead have already moved off?

At speeds of up to 30 km/h, ASA is able to completely avoid a frontal collision (assuming tyres are properly maintained and road conditions are good). Above that and up to 80 km/h, collisions may or may not be avoid, but if a crash is to occur, the severity will be a lot less than a similar scenario without ASA intervention.

Compared to the Perodua Myvi, which uses an earlier version of ASA, the Myvi's ASA works only up to 30 km/h.

Impressive as it may sound, AS is still as its name implies, an ‘Assist-only’ feature. The driver is still responsible for operating the vehicle.

What it cannot do?

As this is still a Perodua, ASA has a fairly basic operating range (but still commendable) and it works only in clear weather and owners need to remember to keep the windscreen clean for the function to work properly. It is after all, a pair of eyes.

It can detect adult pedestrians but not children. It detects large vehicles but not motorcycles or bicycles. It also can't detect extensions jutting out from a trailer, or objects that are too low on the road. 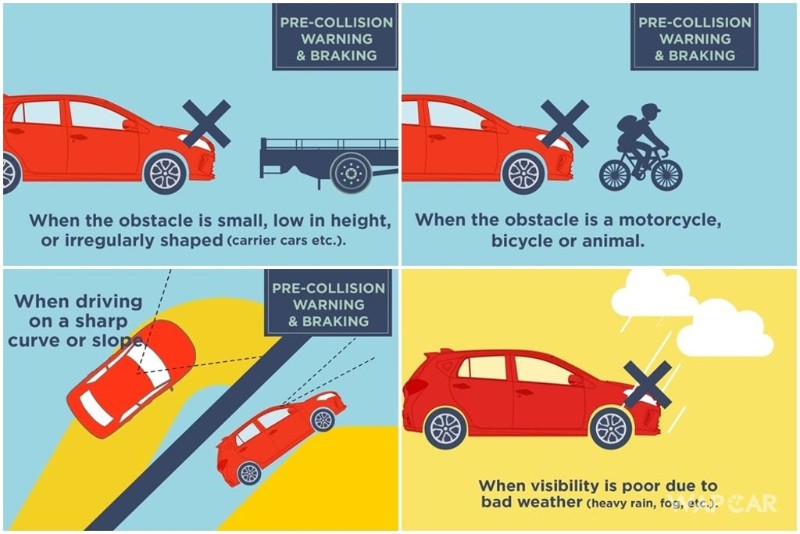 It also can't detect dangers that are just around a corner, or over a crest. The last two scenarios apply on all AEBs, not just the new Perodua Axia's ASA, as even the most sophisticated systems used by premium cars will still have to rely on a line of sight to operate.

Keep in mind that even the smartest systems can't overcome human stupidity. Believe it or not, there are people posting videos of their antics in trying out ASA while driving in traffic.