Home > News > The Honda Civic in 10 Generations - The best car from Honda?

The Honda Civic in 10 Generations - The best car from Honda? 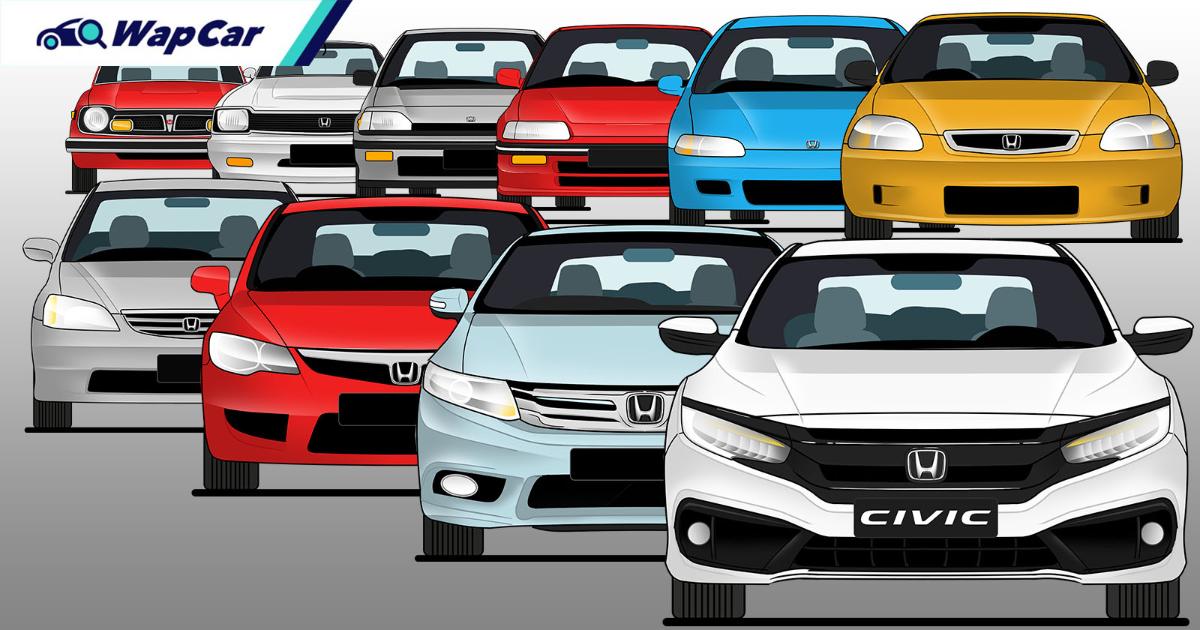 The 11th generation Honda Civic will be revealed on Twitch in a few days. The “Civic” name was first used on an econobox in 1972, and the car has grown into so much more over the years. 1997 saw the emergence of the Civic Type R that made the Civic even more popular among enthusiasts. 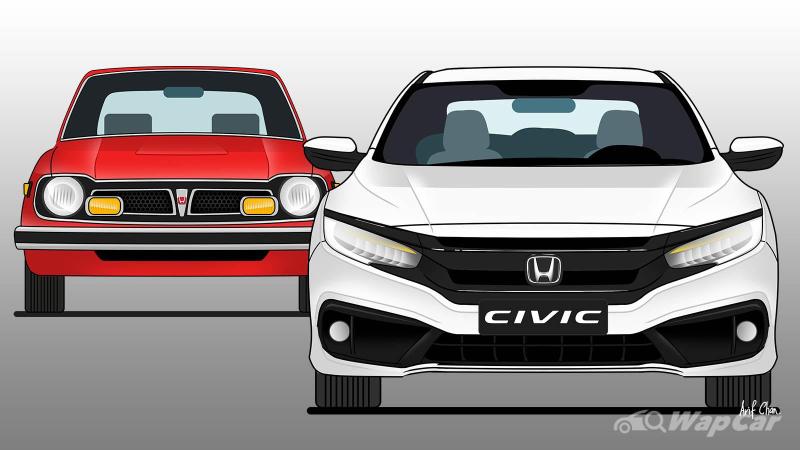 With the reveal of the eleventh-generation Honda Civic just around the corner, it seems like a good time to look back at the humble beginnings of one of the most popular Honda cars of all time. There have been ten generations so that's a lot of ground to cover. 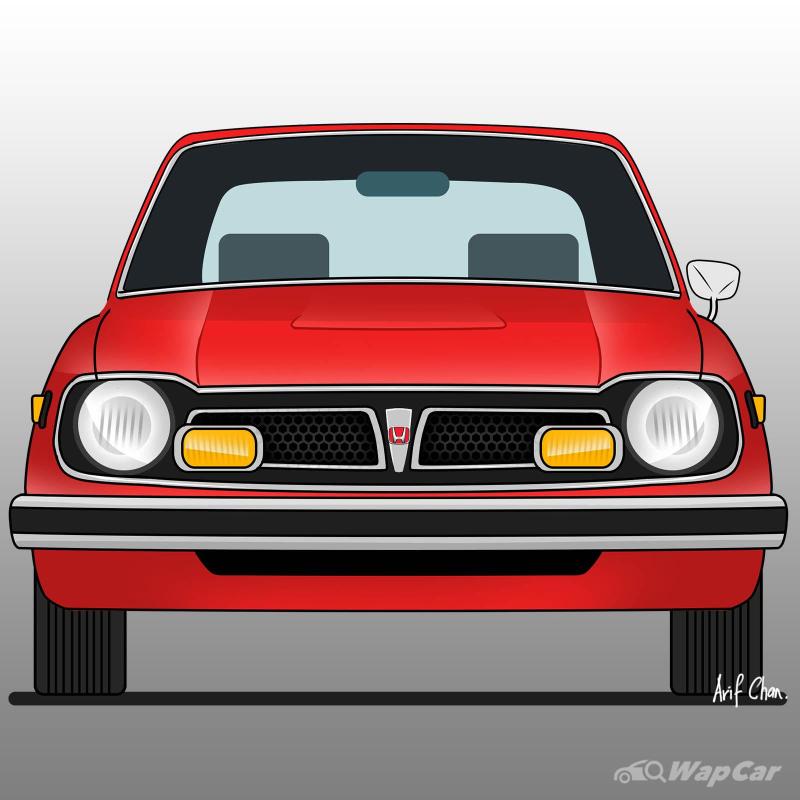 The first-gen Honda Civic was an economical car with a 1,169-cc engine (50 PS). Early versions came with a 4-speed manual or a 2-speed automatic transmission.

1974 saw a few updates to the Honda Civic. Among them, a bigger engine (1,237 cc, 52 PS), the Honda Civic 1200 RS variant, a 5-speed manual transmission, and a station wagon variant. Before the days of VTEC, there was CVCC (Compound Vortex Controlled Combustion), which was a pre-combustion system that created a lean air-fuel mixture. 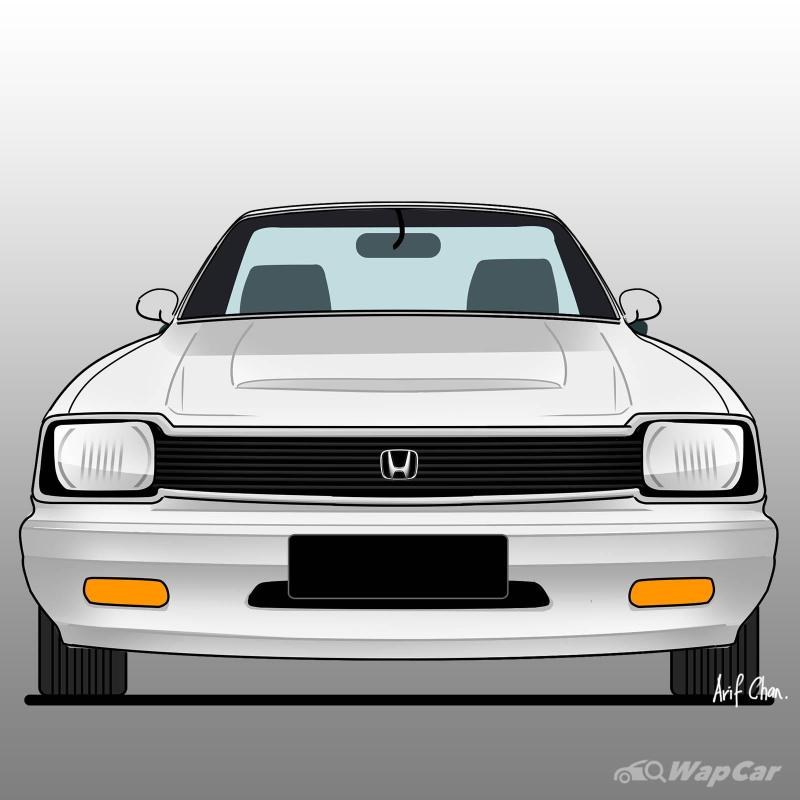 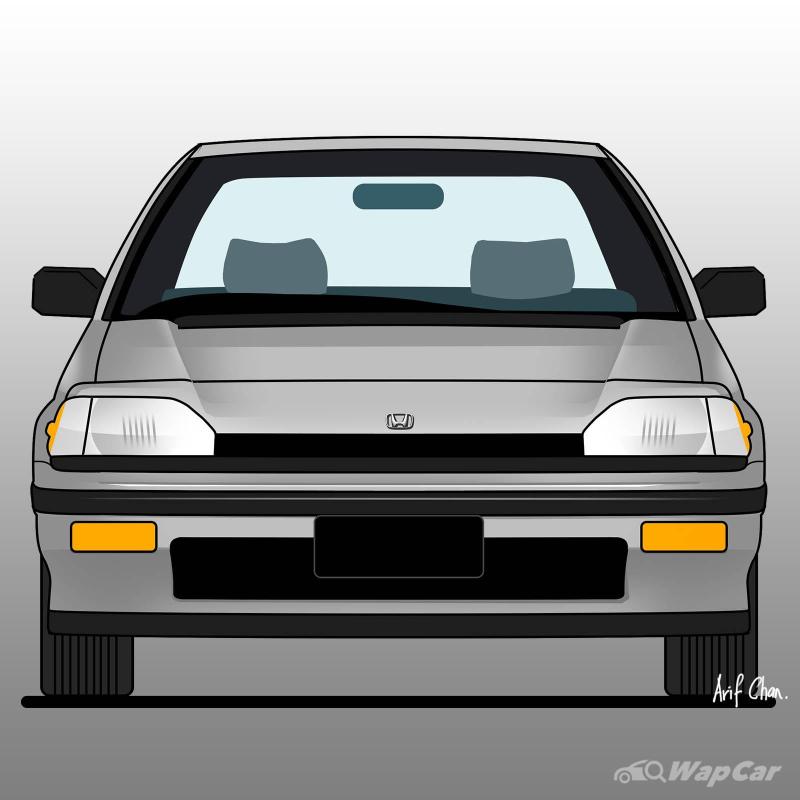 Gone was the chrome grille when the Civic entered its third generation. This generation saw the debut of the Honda CR-X and the Civic Si. The Civic Si was powered by a four-cylinder ZC1 engine capable of 120 PS and an 8.9 s century sprint. 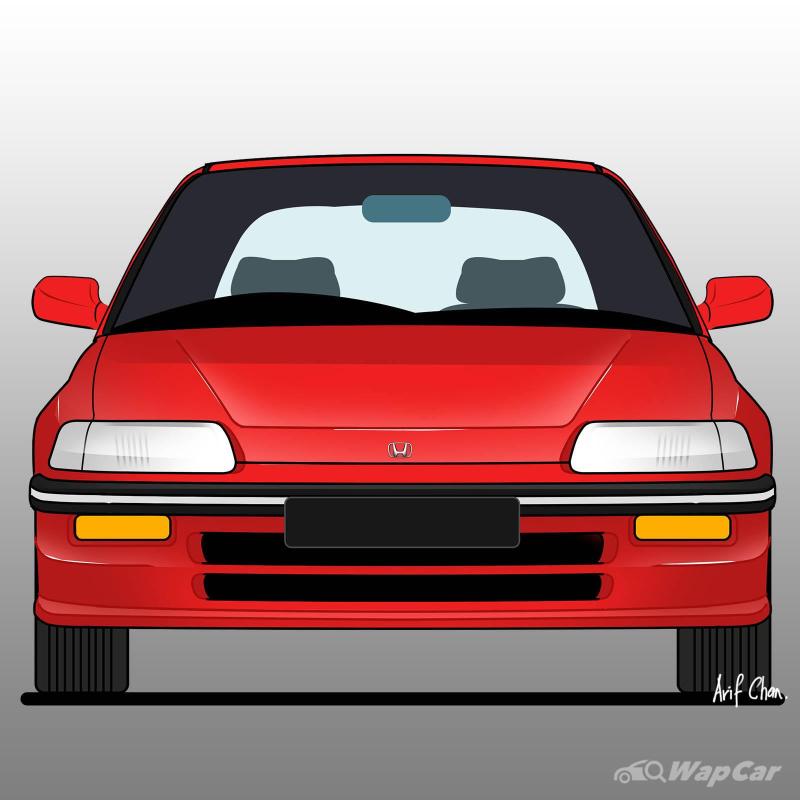 The fourth generation carried over the styling from its predecessor while making it a lot sleeker. This generation introduced VTEC in the DOHC B16A engine for the Civic SiR. Lesser variants of the Civic received the D-series engines. Besides the introduction of VTEC, the car also featured independent rear suspension, making it a decent-to-drive car. The Honda CR-X was also spun off from this generation. 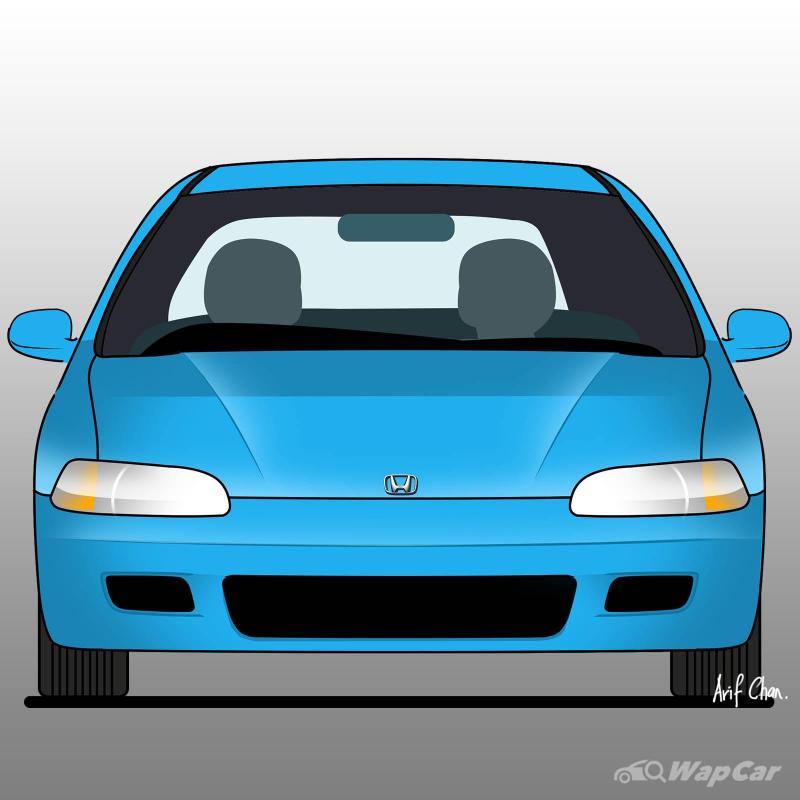 More commonly known as the “Bullet” Honda Civic in Malaysia, the EG Honda Civic adopted the 90s car styling very well. The proportions of the 3-door hatchback version were very sporty. The most powerful versions of the Civic from this generation utilised the B16A engine.

Europe got the Civic VTi with the 160 PS B16A2 engine, while Japan had the SiR, Sir-II, and SiR-S with the 170 PS B16A1 engine. The fifth-generation Civic is still popular among car enthusiasts with its B-series engine. 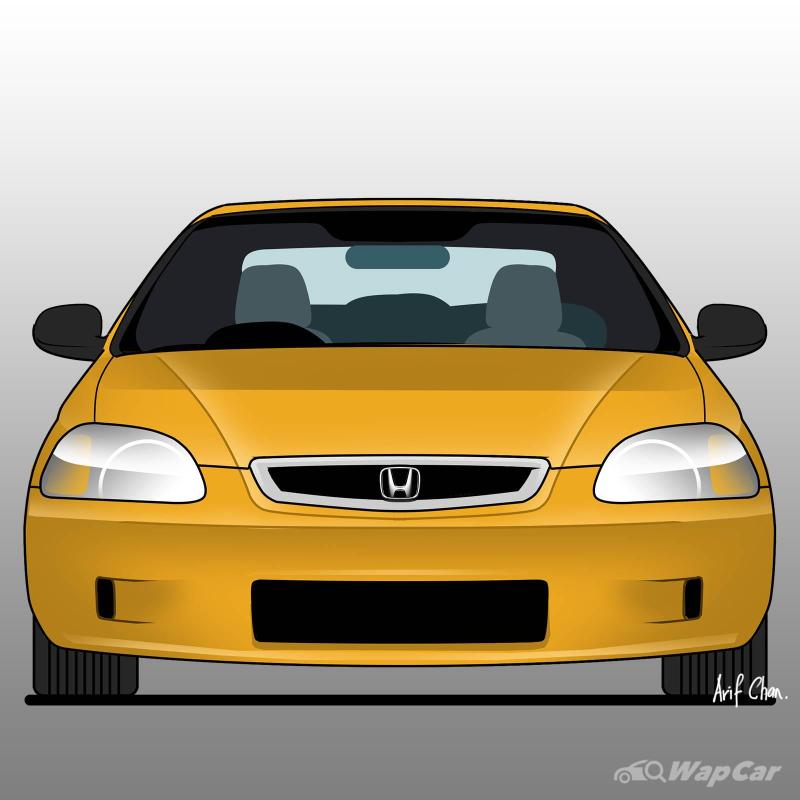 Known as the EK, the 6th generation Honda Civic had a more aggressive front end. The lights were taller and there was now a grille between the headlights. The Type R badge was introduced on the most athletic form of the Civic (in Japan only). While regular versions of the Civic received the D-series engine, the Type R was powered by the 185 PS B16B engine paired to a 5-speed manual transmission. 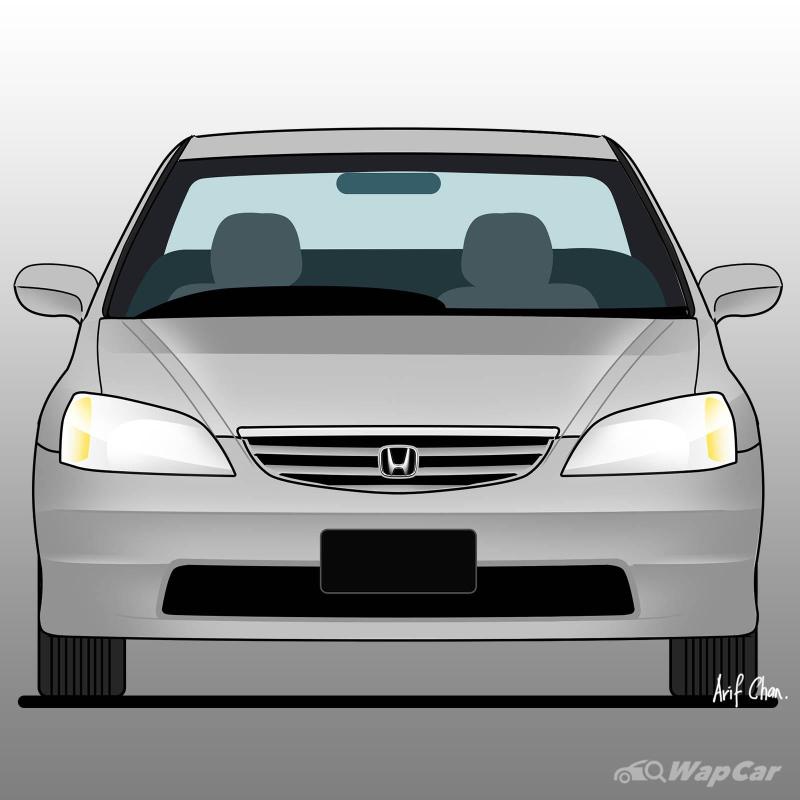 Entering the 21st century, the seventh-generation Civic looked a lot more docile from the EK. Malaysia received the ES Honda Civic which was a four-door sedan with a 1.7-litre and 2.0-litre engine. Unfortunately, the Type R variant (EP3) was not officially sold in Malaysia. The ES Honda Civic was not as popular as the EG and EK. 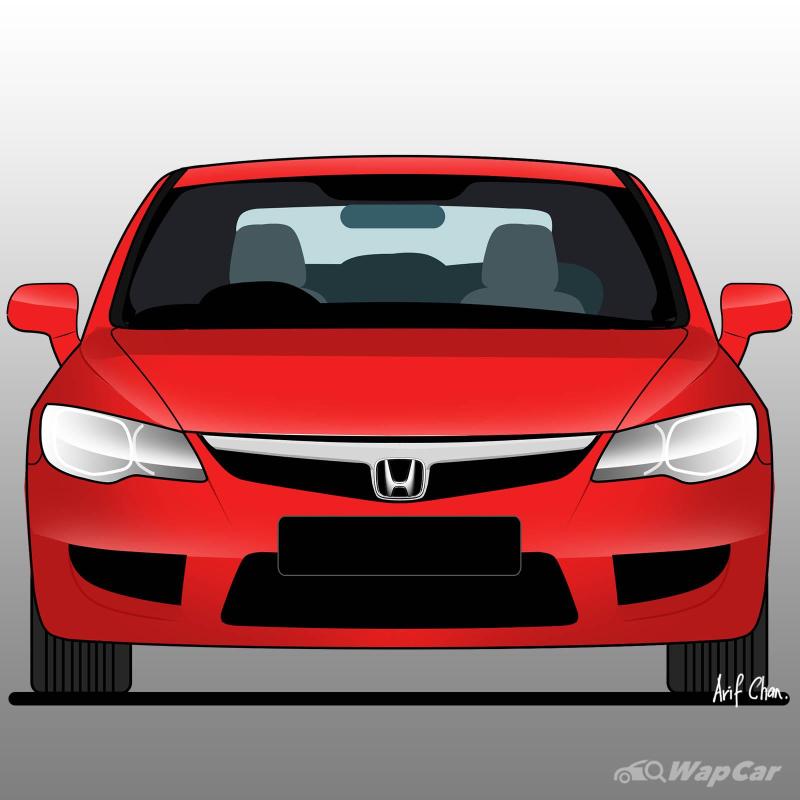 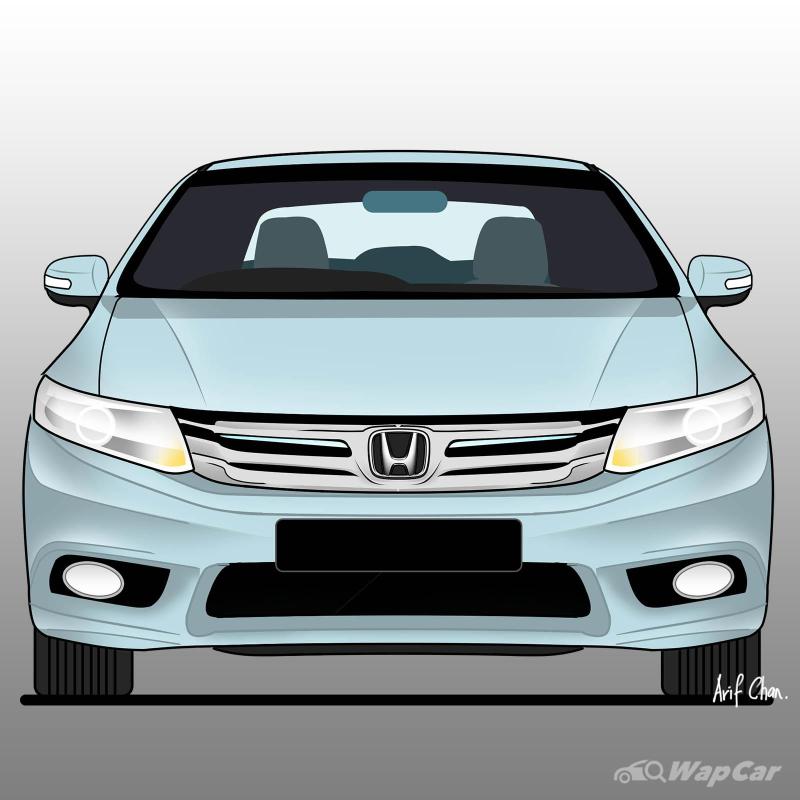 While the FD Honda Civic was hugely successful, the same could not be said about the FB. The styling wasn’t to the liking of many. Like the FD, engine options included a 1.8-litre engine and 2.0-litre engine (both paired to a 5-speed automatic gearbox). A hybrid version was also available.

Although largely similar to the FD mechanically, the FB was uninspiring in comparison to its predecessor. 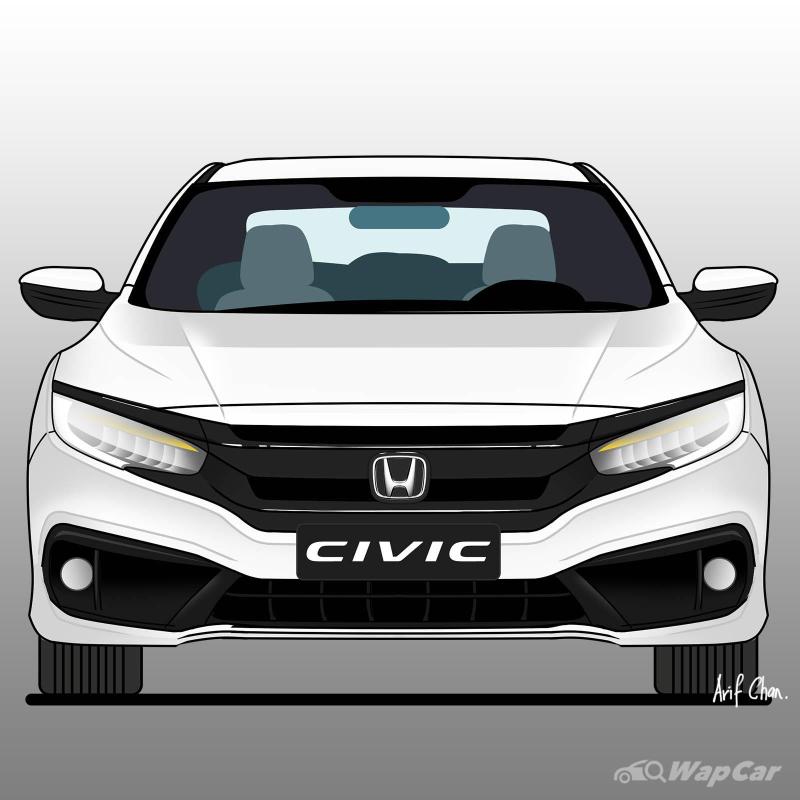 As if a curse on the Honda Civic name, it seems one generation is always excellent followed by an uninspiring one. Like the FD, the FC Civic helped to redeem the Honda Civic’s name. The design is a lot busier with multiple surfaces at different angles.

Referred to by some as the “Civic ketam”, the FC civic comes with either a 1.5-litre turbocharged engine or a 1.8-litre NA engine. Both engines are paired to a CVT automatic gearbox.

The aggressive styling is liked by many. The tenth generation Civic in its most athletic form is the FK8 Civic Type R. Only available as a hatchback, the latest Civic Type R is powered by a 320 PS turbocharged 2.0-litre K20C1 engine.

We will be seeing the 11th generation Honda Civic pretty soon and we hope for it to turn out amazing. Which generation of the Honda Civic is your favourite? Share your thoughts with us in the comments section below.