Watch: Styrofoam box skilfully bounces back into the truck bed 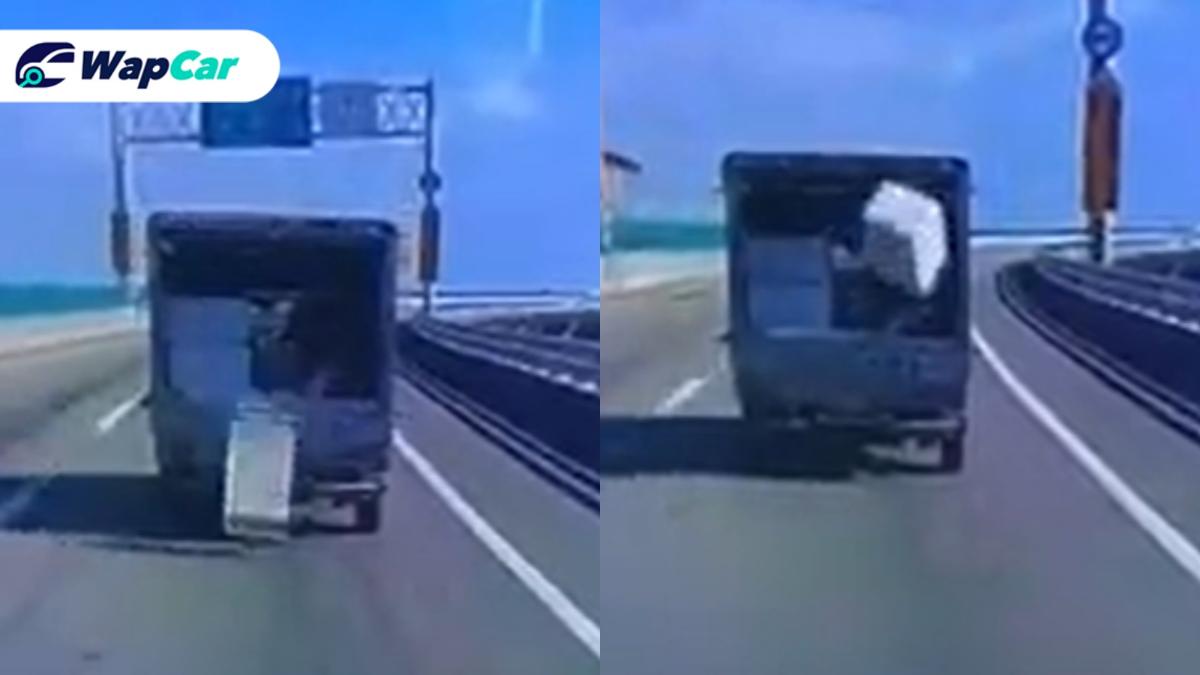 While parcels and boxes falling out of truck beds are rather common occurrences, a box falling out and then somehow managing to bounce back into the truck is a rare sight indeed.

This road user encountered a very interesting scene when driving on a bridge. As you can see, a Styrofoam box fell out of the truck ahead and skilfully bounce its way back into the truck, not just once but multiple times!

And it looked like the box continued its adventures bouncing back into the truck even after the video stopped. We can absolutely imagine this scene paired with a TikTok song and turning it into an even funnier meme!

But jokes aside, the scene can turn into a dangerous incident any second. Running into large debris like the box in the video could potentially cause your car to lose control. Or the debris could end up stuck inside the engine and damaging your car.

So try to avoid following behind lorries with heavy cargo, especially if its cargo looks lose.