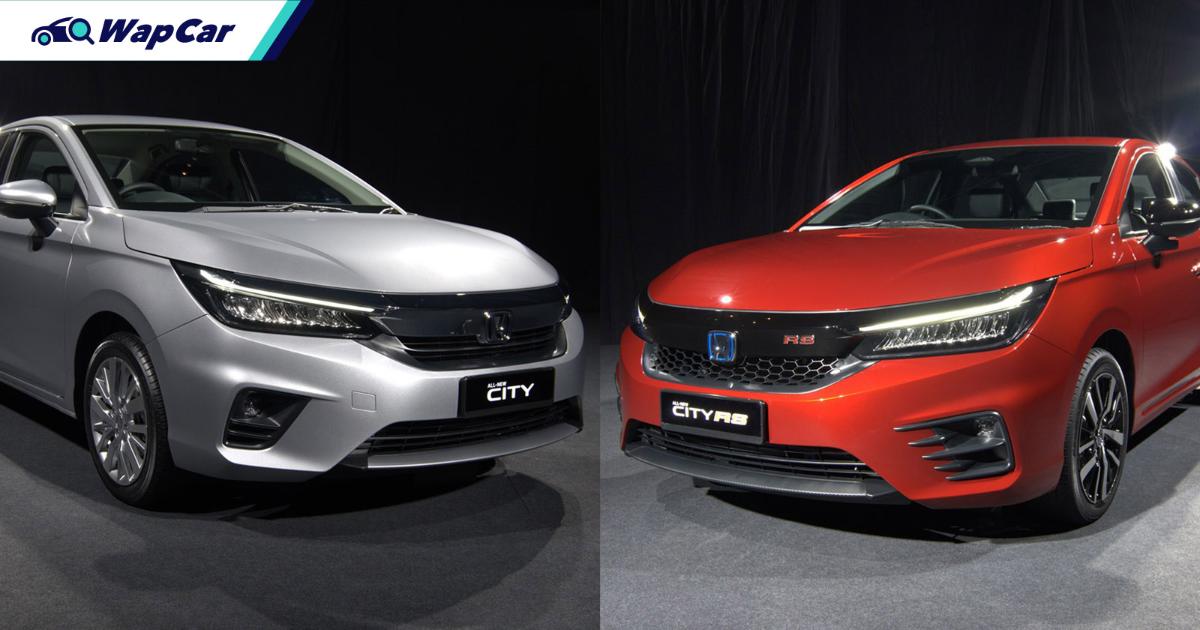 The all-new 2020 Honda City GN is finally launched in Malaysia with the City RS hybrid making its world debut in Malaysia. There are 4 variants of the popular nameplate available with prices starting from RM 74,191 without SST which is valid until 31 December 2020 for the S variant. 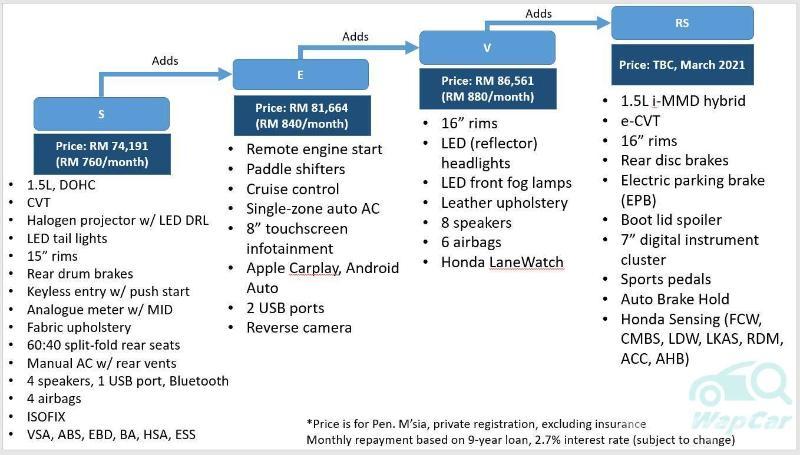 So, what are the differences between the 4 models? 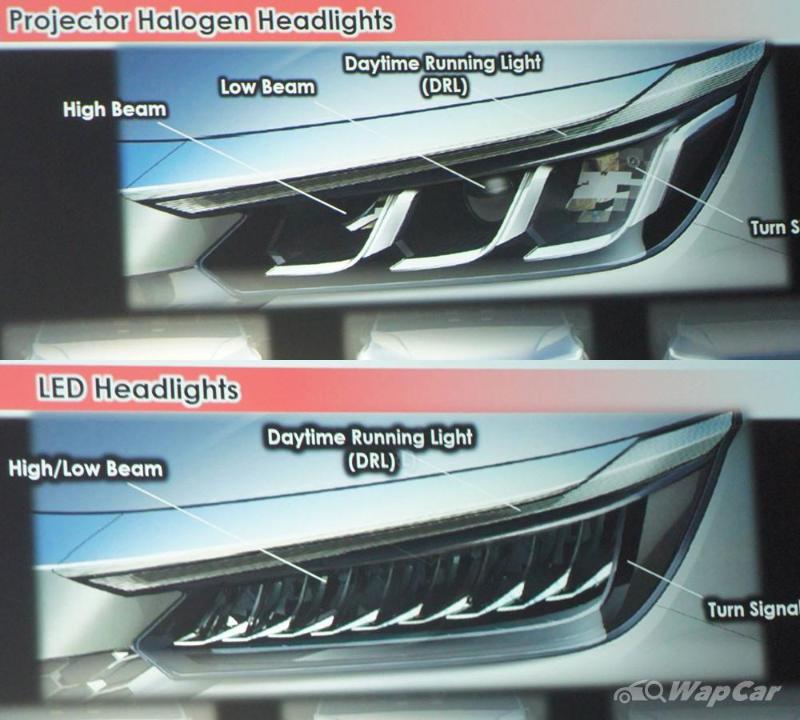 Let’s start on the outside, the S and E variants come equipped with projector halogen lights with LED DRLs. Meanwhile, the V and RS variants come with reflector LED headlights and LED front fog lamps. 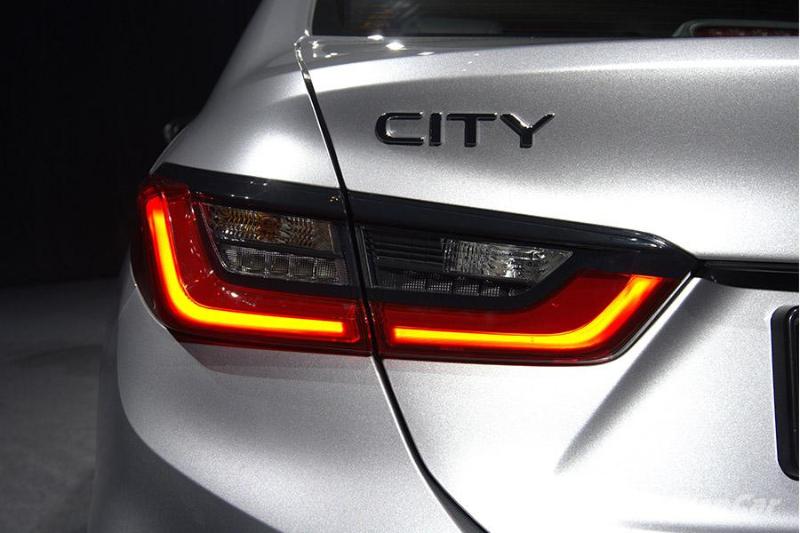 All variants however come with LED combination taillights. 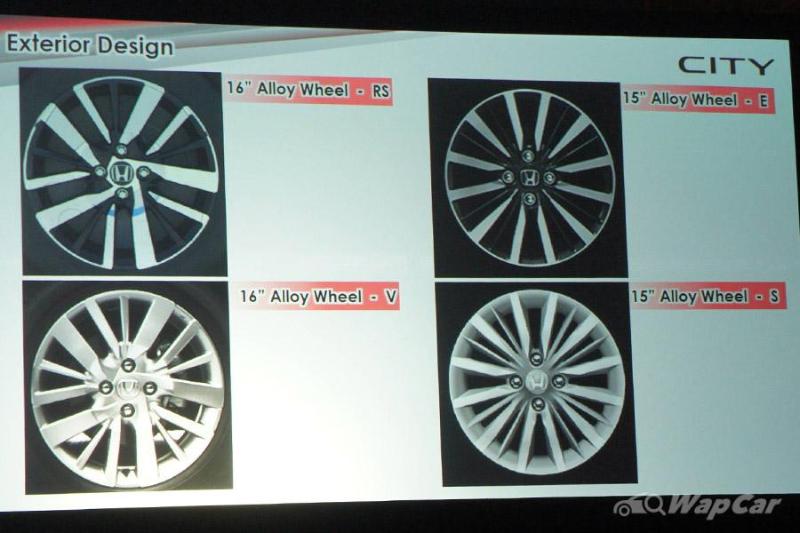 Each variant also gets its own wheel design with the S and E variants using 15-inch alloy wheels while the V and RS come with 16-inch alloys. That could be one way to differentiate the variants until the wheels are swapped out. 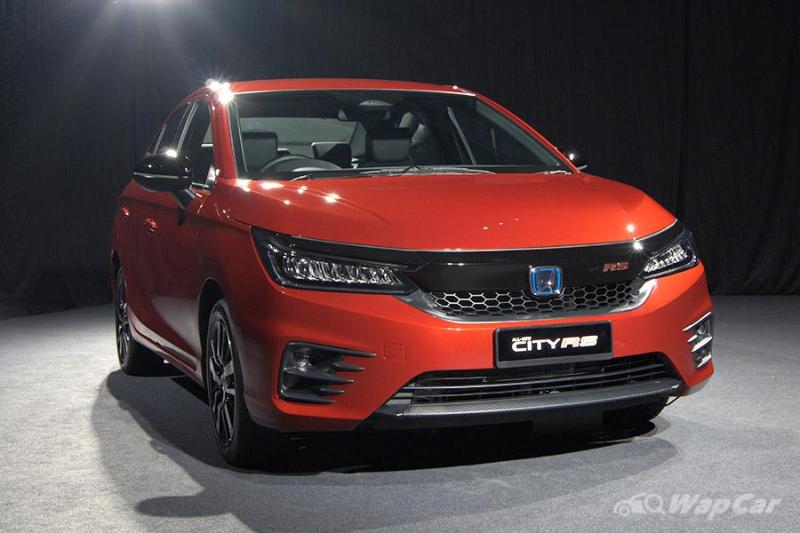 The RS variant has some additional visual enhancements to make it sporty-looking like a gloss black front grille, gloss black door mirror, gloss-black spoiler, and exclusive lower front grille. That’s enough to make it the torque star it wants to be.

Inside, things are also looking a bit more sophisticated with the S and E variants having fabric upholstery. Meanwhile, the V variant gets a full leather interior with ivory highlights and piano black trims. 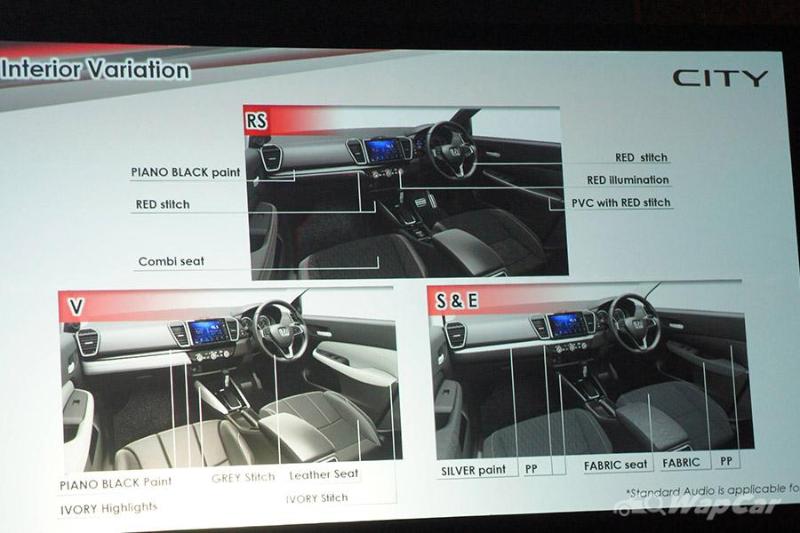 The RS variant maintains its sporty style inside with leather and suede combination seats with red stitching. Piano black trims adorn the interior of the RS.

While the petrol-powered S, E, and V variants come with an analogue meter with digital info display, the hybrid RS uses a 7-inch digital instrument cluster.

All variants apart from the base S come with an 8-inch infotainment unit with Apple CarPlay and Android Auto support as well as single-zone automatic climate control. The S comes with a standard audio unit with Bluetooth connectivity and manual A/C.

All variants come with rear air vents for the rear passengers. 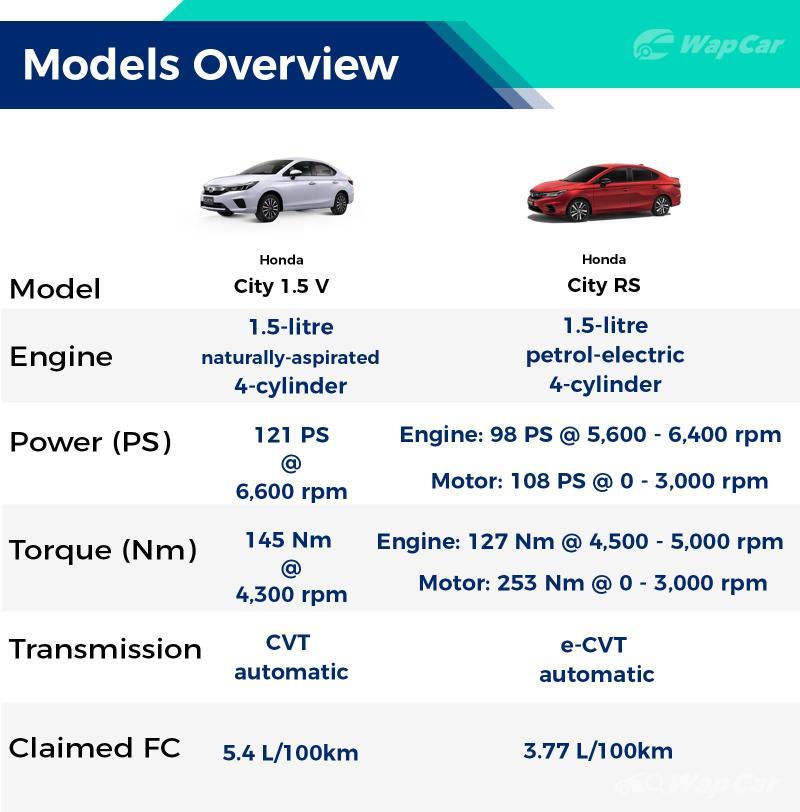 The petrol-powered S, E, and V variants are powered by a 1.5-litre naturally-aspirated DOHC i-VTEC engine which produces 121 PS and 145 Nm. This is then mated to a CVT gearbox. 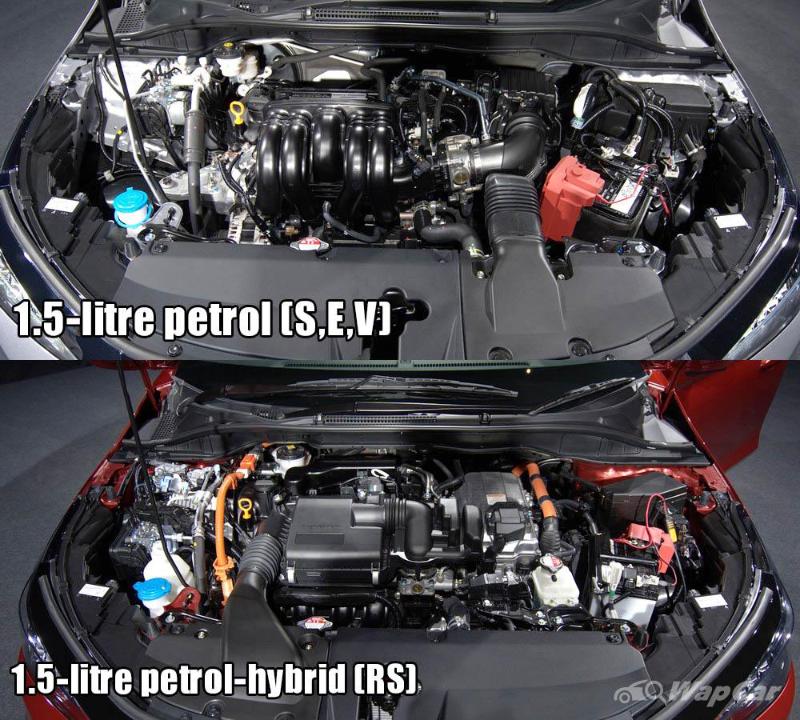 The RS variant on the other hand is powered by a 1.5-litre petrol-electric hybrid and is mated to an e-CVT transmission that doesn’t require gears.

Both the S and E variants come with 4 airbags while the V and RS come with 6 airbags. All models come with ABS, EBD, VSA, BA, HSA, and ESS as standard. The E adds a reverse camera while the V adds Honda LaneWatch, a first for the City in Malaysia. 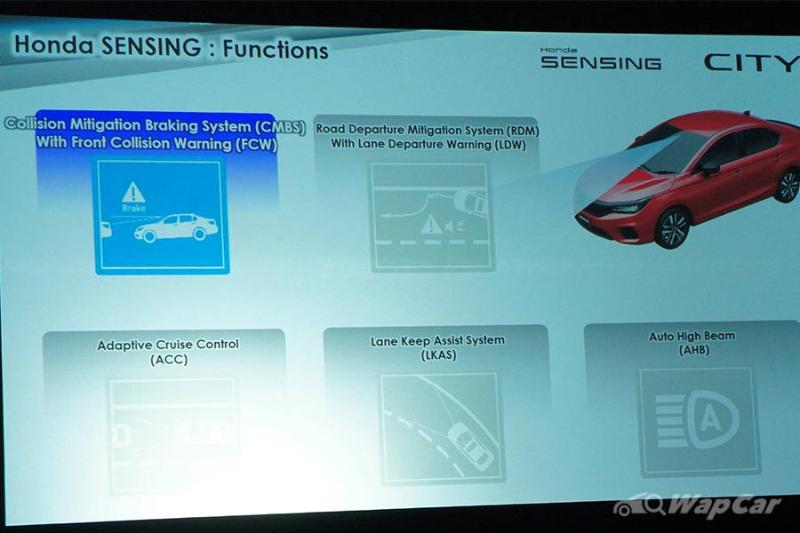 The 2020 City boasts a huge boot capacity with the S, E, and V variants having a claimed 519 L of cargo boot space. The RS though gets a smaller 409 L of boot space because of position of the electric batteries.

The all-new City also offers better rear legroom and knee clearance than the outgoing City thanks to slimmer front seats.

Honda has only announced the prices for the petrol-powered variants of the City which are as follows:

Meanwhile, prices for the RS will be announced later as the hybrid variant will only be available in January 2021.

Those are the breakdown of each variant of the City GN. With prices of the popular Honda model already out (apart from the highly anticipated RS), which one would you fancy the most?