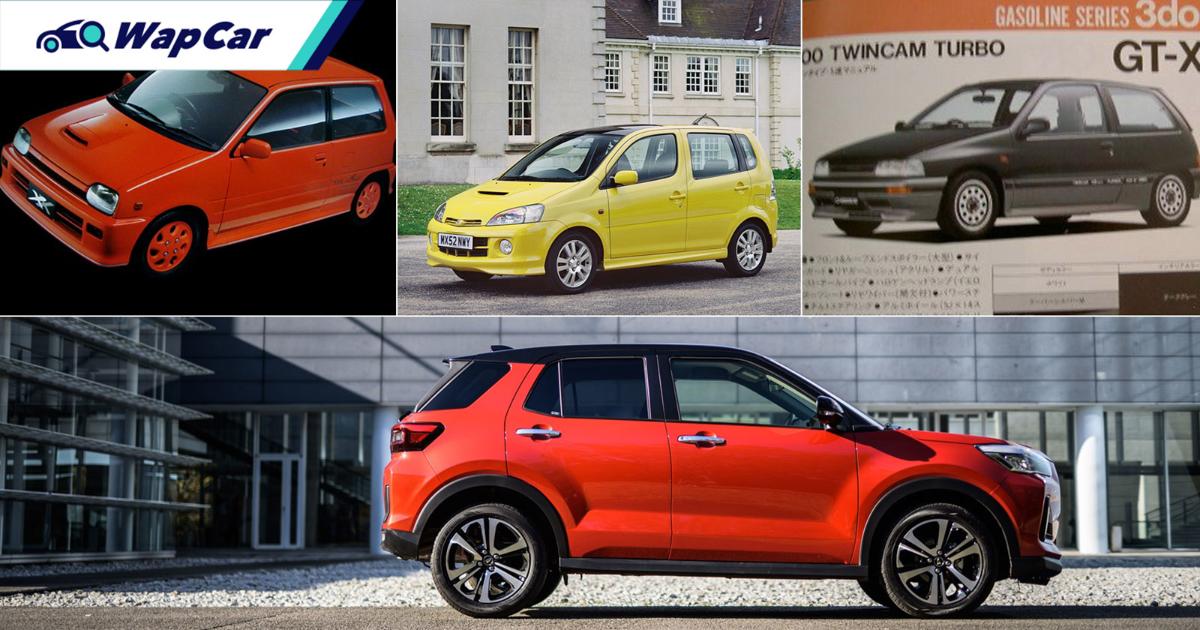 The Perodua D55L’s official launch date is fast approaching and the SUV will feature many firsts for the brand. This includes the first model to be built on the DNGA platform and the first to get a CVT gearbox. Apart from those, the D55L will also be the first Perodua model to be powered by a turbocharged engine. 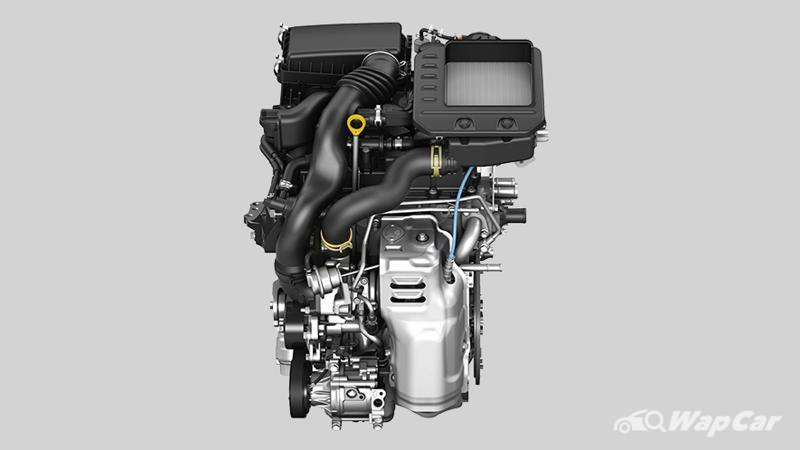 Granted, it won’t be the next quick thing but a turbocharged Perodua is still pretty exciting nevertheless. The 1.0-litre 1KR-VET might be a turbocharged 3-pot with only 98 PS and 140 Nm, but it has a claimed 0-100 km/h time similar to the Proton X50 Flagship (for the Japanese-spec AWD).

However, the star of this article isn’t the D55L, rather we want to focus on some of Daihatsu’s other turbocharged models. Perodua and Daihatsu have always shared a connection ever since the Kancil back in 1994 which was based on the Mira.

Still, if we want to trace the history of Daihatsu’s turbocharged models, we have to go back further to the 1980s. 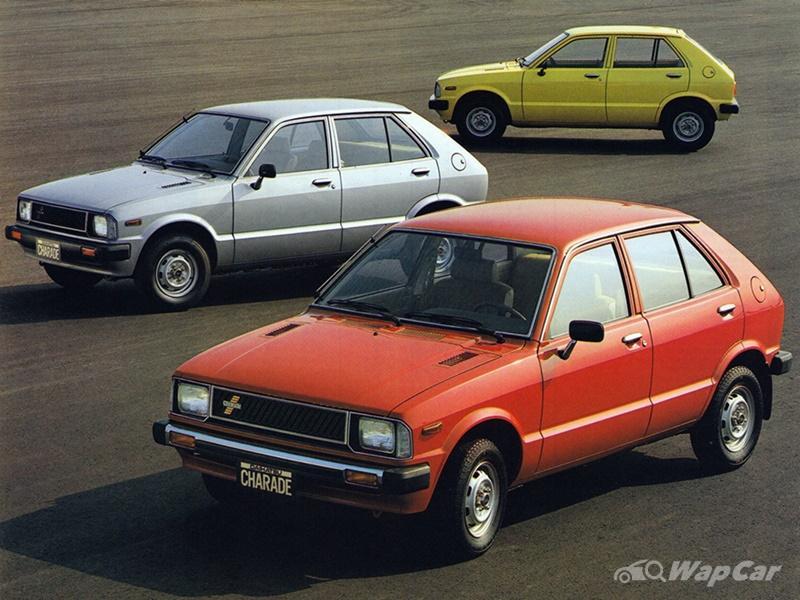 The original Daihatsu Charade was a normal little city car but it proved to be a success for Daihatsu globally. It was hugely popular in Malaysia where it became a Top 10 best-seller throughout the seventies and eighties. It also became a hit in Japan despite the country’s favour towards Kei cars and won Car of the Year in Japan in 1979. 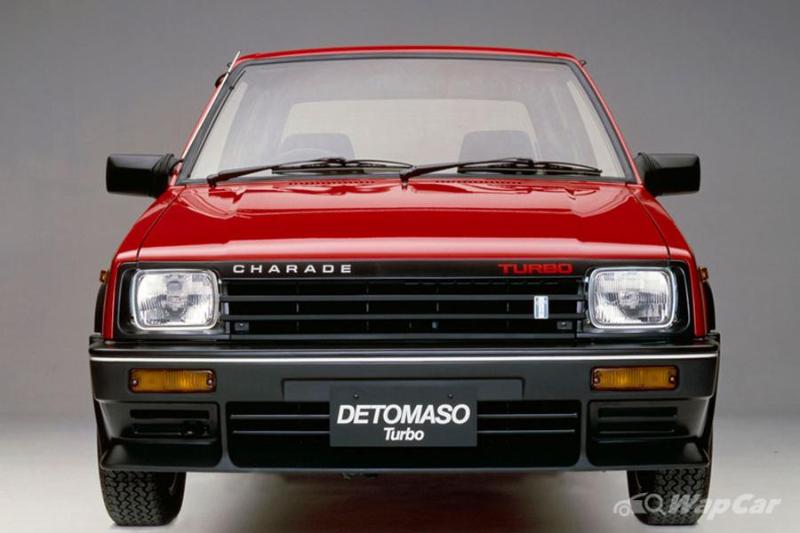 Then at the 1981 Tokyo Motor Show, Daihatsu displayed a concept car with a name that would eventually become synonymous with the brand among fans. The first Charade De Tomaso was only a concept but its turbocharged engine set up a partnership that would be a reality with the next generation. 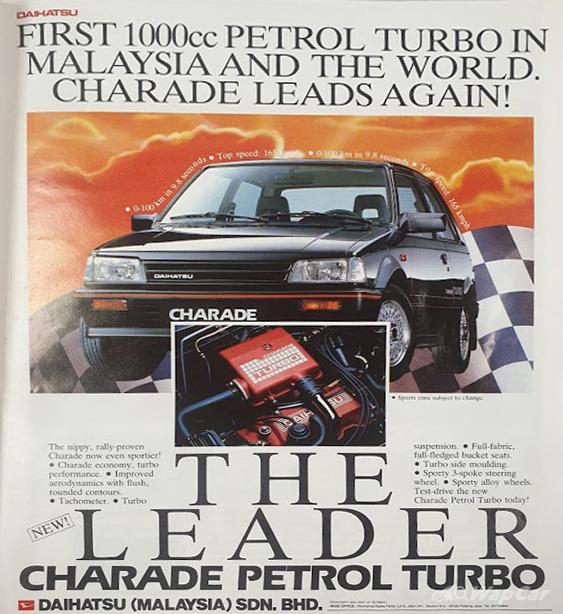 This turbocharged model was offered with two different trims but it was the De Tomaso version that became highly sought after. 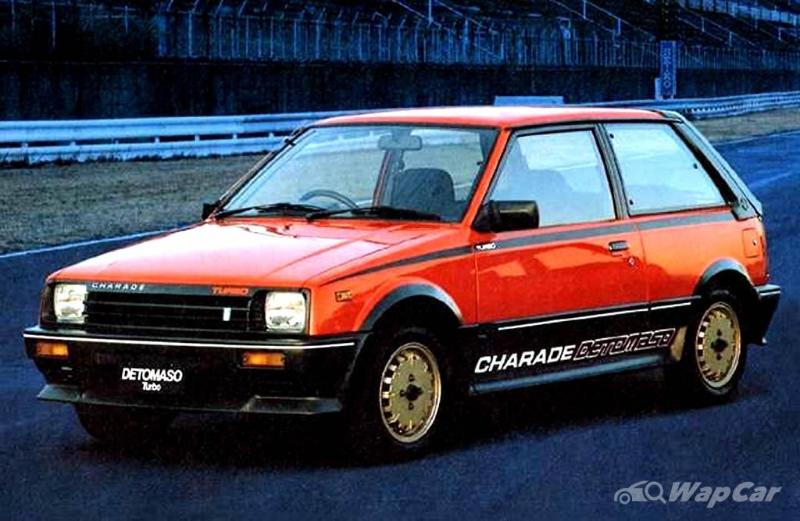 While the regular Charade Turbo was exported to the rest of the world, including Malaysia, the De Tomaso was an exclusive JDM-only model. Its 993-cc engine produced 80 PS and 118 Nm wasn’t shouty in performance but rather it’s the accessories. 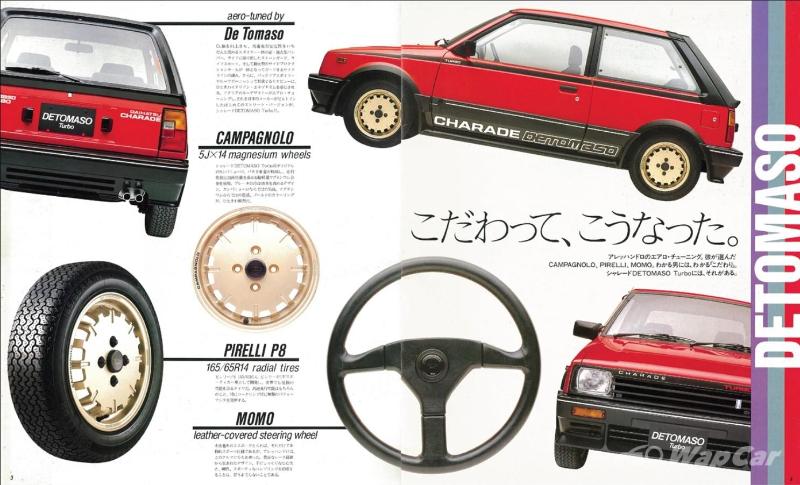 The Charade De Tomaso Turbo was filled with the best of Italia. Campagnolo magnesium alloy wheels, Pirelli P8 tyres, and a Momo 3-spoke steering wheel were combined to give the little hot hatch some exotica along with full fabric bucket seats with “De Tomaso” inscribed on the seatbacks.

As hot as the Charade De Tomaso Turbo was, the Italian carmaker didn’t collaborate with Daihatsu for the next-generation Charade. Instead, they skipped a generation to return for the non-turbocharged fourth-gen Charade. 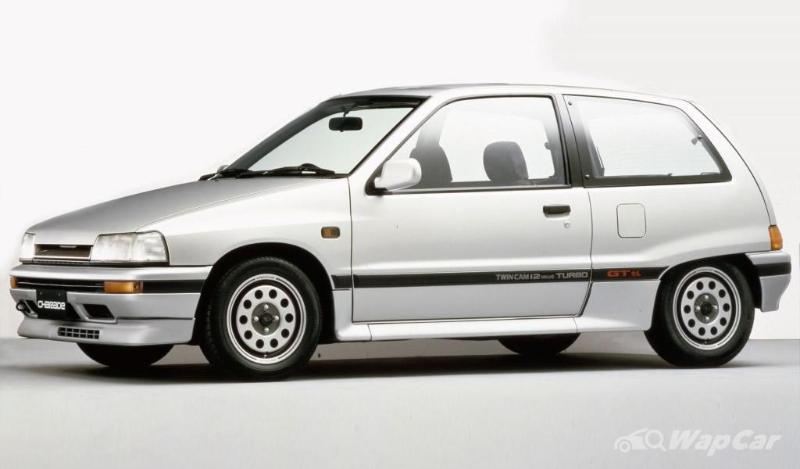 Perhaps that’s why the Charade GTti was severely underrated. The third-gen Charade, more commonly referred to among fans in Malaysia as the Charade Aura, grew larger in size and had a design that was similar to other hatchbacks of the eighties like the Suzuki Swift, Nissan Pulsar, and the Honda Civic EF. 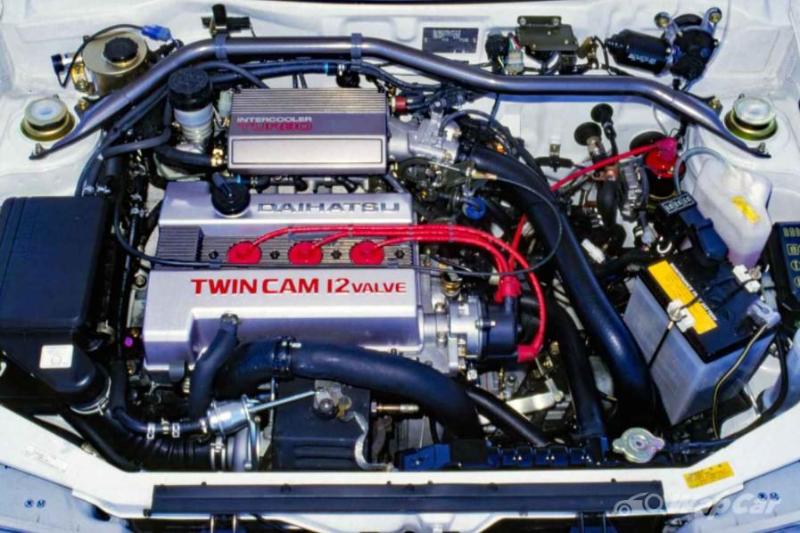 The GTti was offered in both Japanese and overseas markets, but Malaysia wasn’t one of them. It was powered by a 1.0-litre turbocharged 12-valve DOHC engine that produced 105 PS and 130 Nm. The figures were amazing indeed as the GTti was the first 1.0-litre car to produce more than 100 PS. 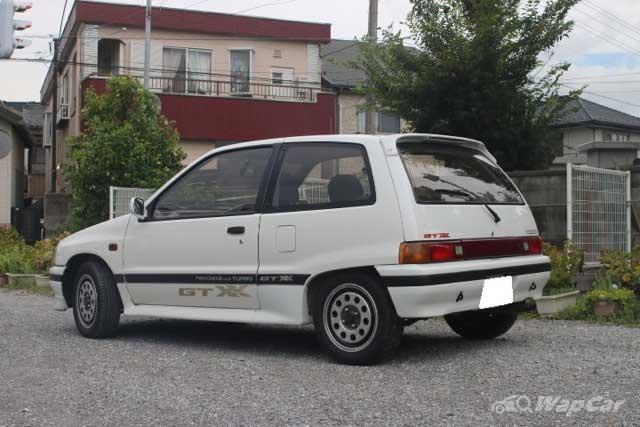 Even more special than the GTti was the GT-XX which was a more luxurious version that came with sunroof, power windows, air-con, a different interior, a rear spoiler, and Speedline alloy wheels. This was rarer than the GTti as if it wasn’t rare enough. 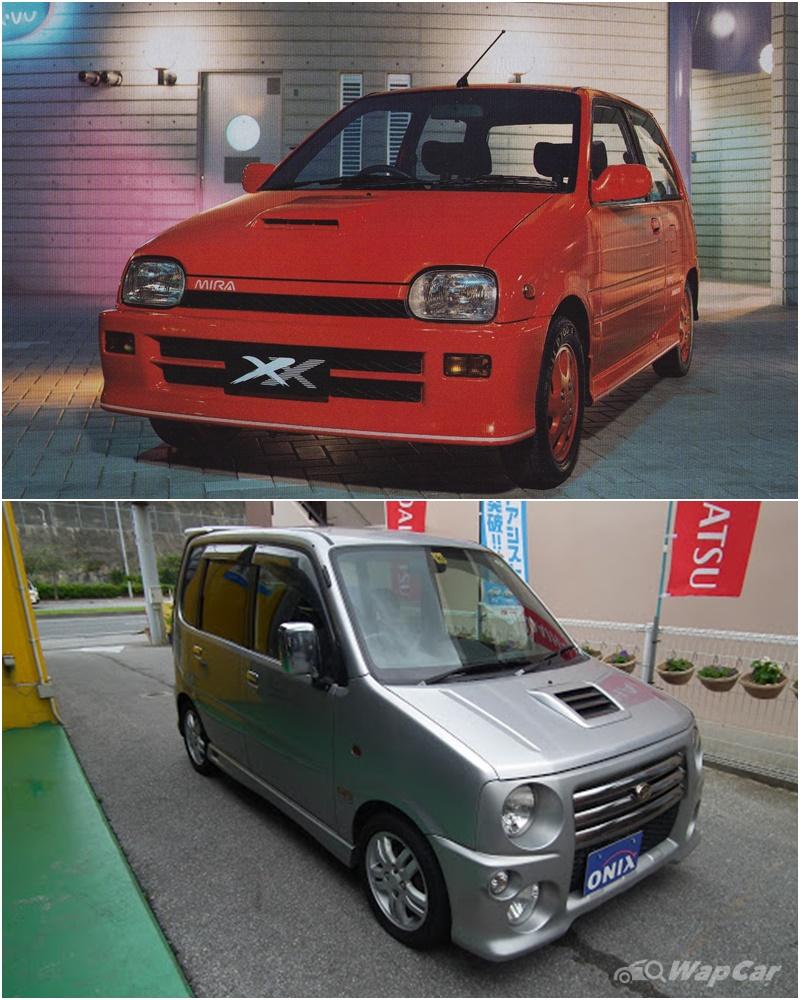 Besides the two generations of the Charade, Daihatsu had also fitted turbocharged engines in a few Kei car models. The most recognisable ones among Malaysians are the Mira TR-XX and the Move Aero Down RS which became a basis for tuned versions of the Kancil and Kenari respectively. 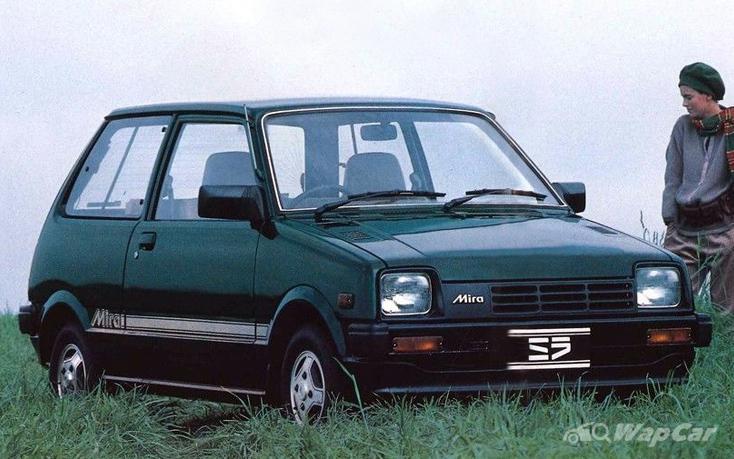 The Daihatsu Mira Turbo was first introduced in 1983 but only for commercial use. It was powered by a 550-cc 2-cylinder engine and produced a measly 41 PS and 56 Nm. Just enough to drive over a hill, laden with supplies in the back. 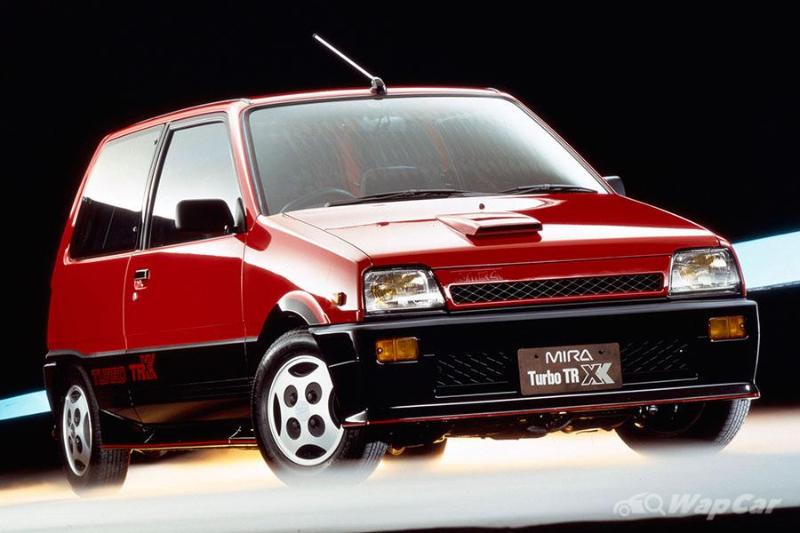 However, it wasn’t until the second-generation L70 Mira did Daihatsu gave the Kei car some extra beans for their turbocharged variant. It was during this generation did the Japanese carmaker introduced the hardcore Mira TR-XX which produced 64 PS and 76 Nm from its 550-cc engine. 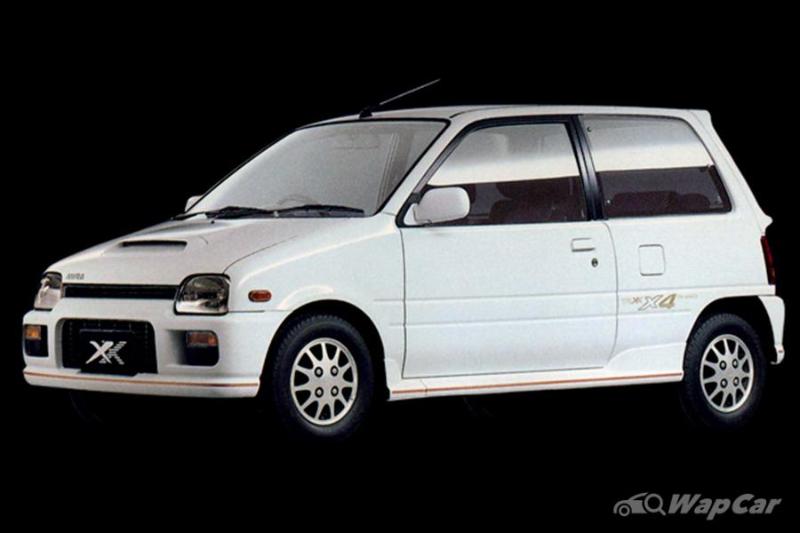 Then in 1990, new Kei car regulations saw the engine size increased to 660-cc, which remained until today. As such, power for the revised Mira TR-XX was boosted to 61 PS and 84 Nm. 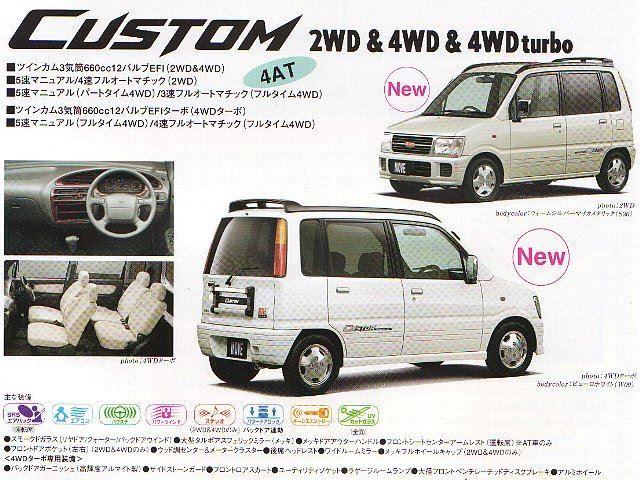 The 1990s also saw a new design of Kei cars taking shape. The tallboy design was in the groove and Daihatsu made a move upon seeing the success of the Suzuki Wagon R. It was literally called the Move.

Beginning from the very first Move to the latest-generation, Daihatsu has offered a turbocharged variant of the Move which is usually badged as the Move Custom. The latter was recognisable with their generous use of bodykits.

Daihatsu continues producing turbocharged engines for most of their Kei cars until today which consisted of different sizes and equally interesting names like the Wake, the Copen, the Terios Kid, and the Naked. 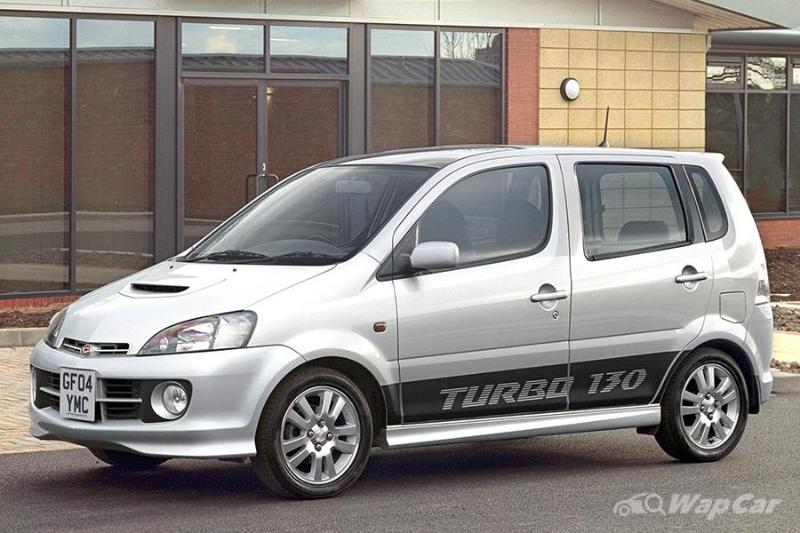 By the 2000s, Daihatsu was beginning to reduce its global presence. However, one of their final send-offs to the rest of the world would turn out to feature a legendary powerplant among Perodua tuners. The YRV was Daihatsu’s mini MPV but powered by a turbocharged 1.3-litre KR-VET engine, it became an underrated hot hatch, or should it be a hot-MPV?

With an output figure of 140 PS and 177 Nm, this engine was also used on the first-gen Daihatsu Terios in some markets. Wonder what could've happened if the Perodua Kembara came equipped with this engine? 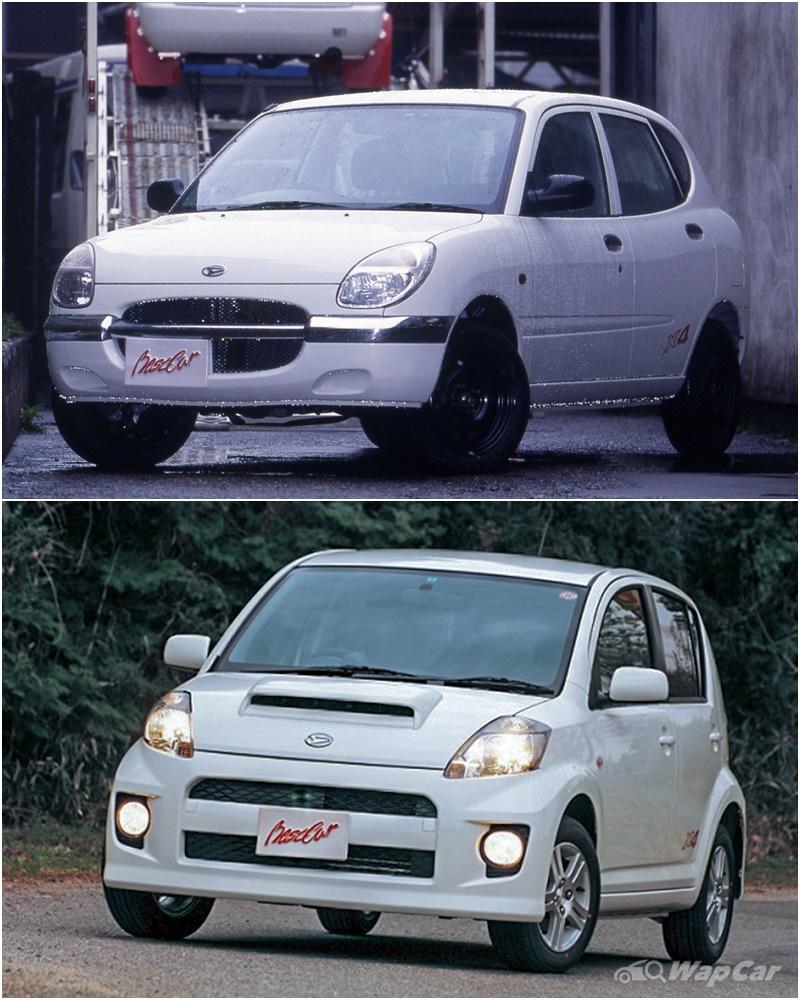 But we won’t end with the YRV Turbo, because there is another legendary turbocharged Daihatsu and it comes from a pair of 4WD hot hatches. The Daihatsu Storia X4 and the Daihatsu Boon X4 were a pair of affordable race-spec Daihatsu hatchbacks. 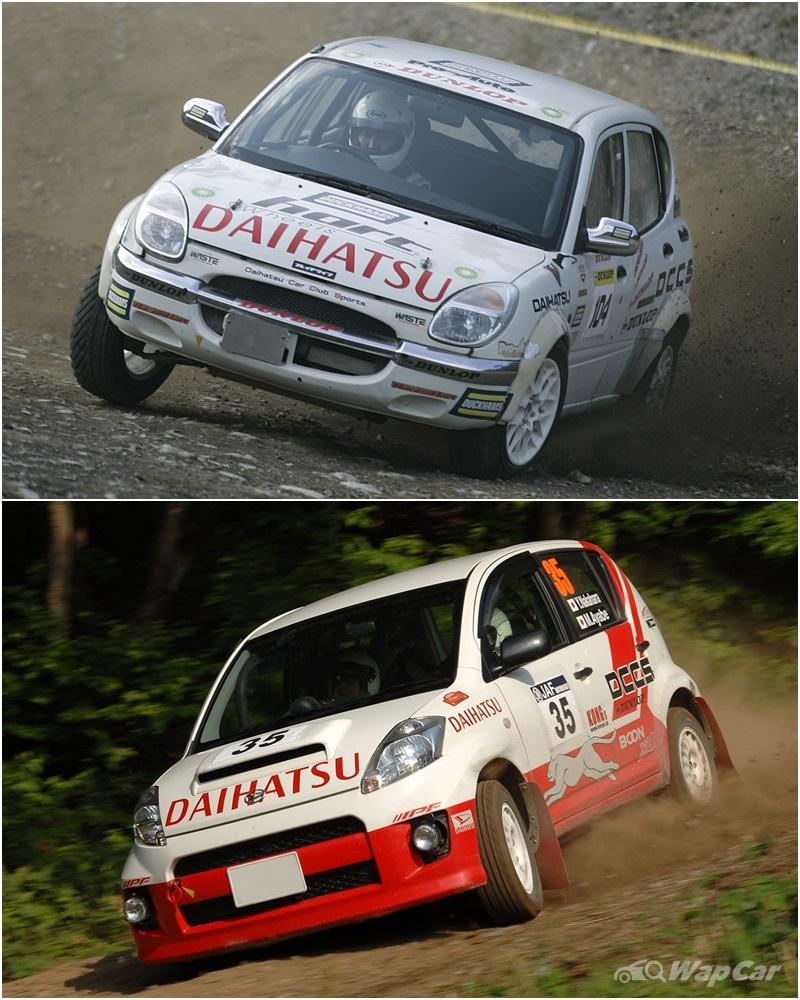 Few remained on the streets and as such, half-cuts of these Daihatsu models are highly coveted by Perodua owners in Malaysia. 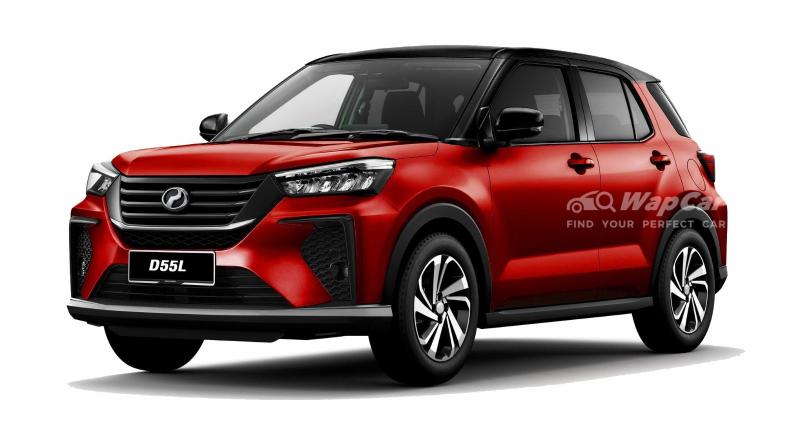