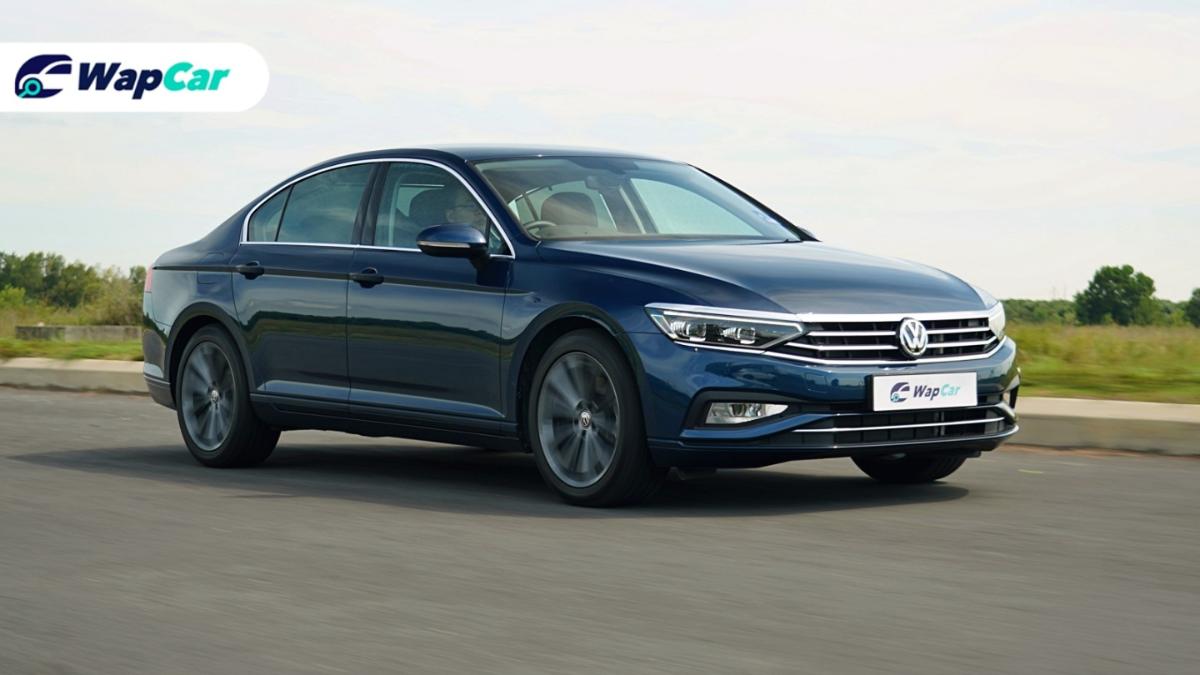 If you’re reading this, it probably means you’re still open to the idea of D-segment sedans like the Volkswagen Passat and the world isn’t taken over by SUVs. Yet. In that case, the driving enthusiasts among us would like to extend our appreciation for keeping sedans relevant.

But anyway, the Volkswagen Passat. It received a nip and tuck earlier this year and the 1.8 TSI variants have been dropped, now with only one variant available – the 2.0 TSI Elegance. 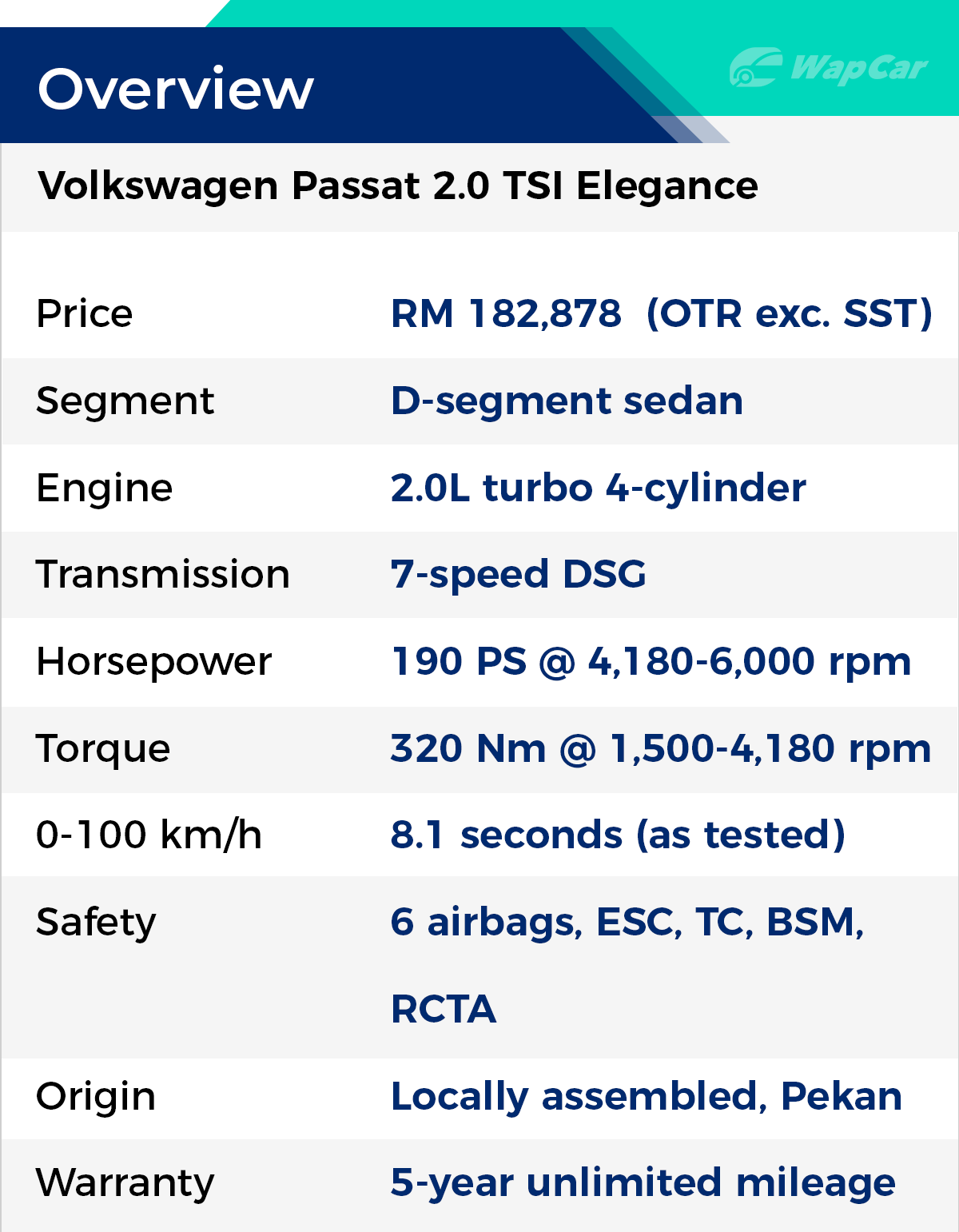 Globally, the 2.0 TSI has 2 states of tune - 190 PS and 272 PS. The latter is almost like an R model with the 4Motion all-wheel drive system. If it were to arrive in Malaysia, it would likely be priced way over RM 200k. 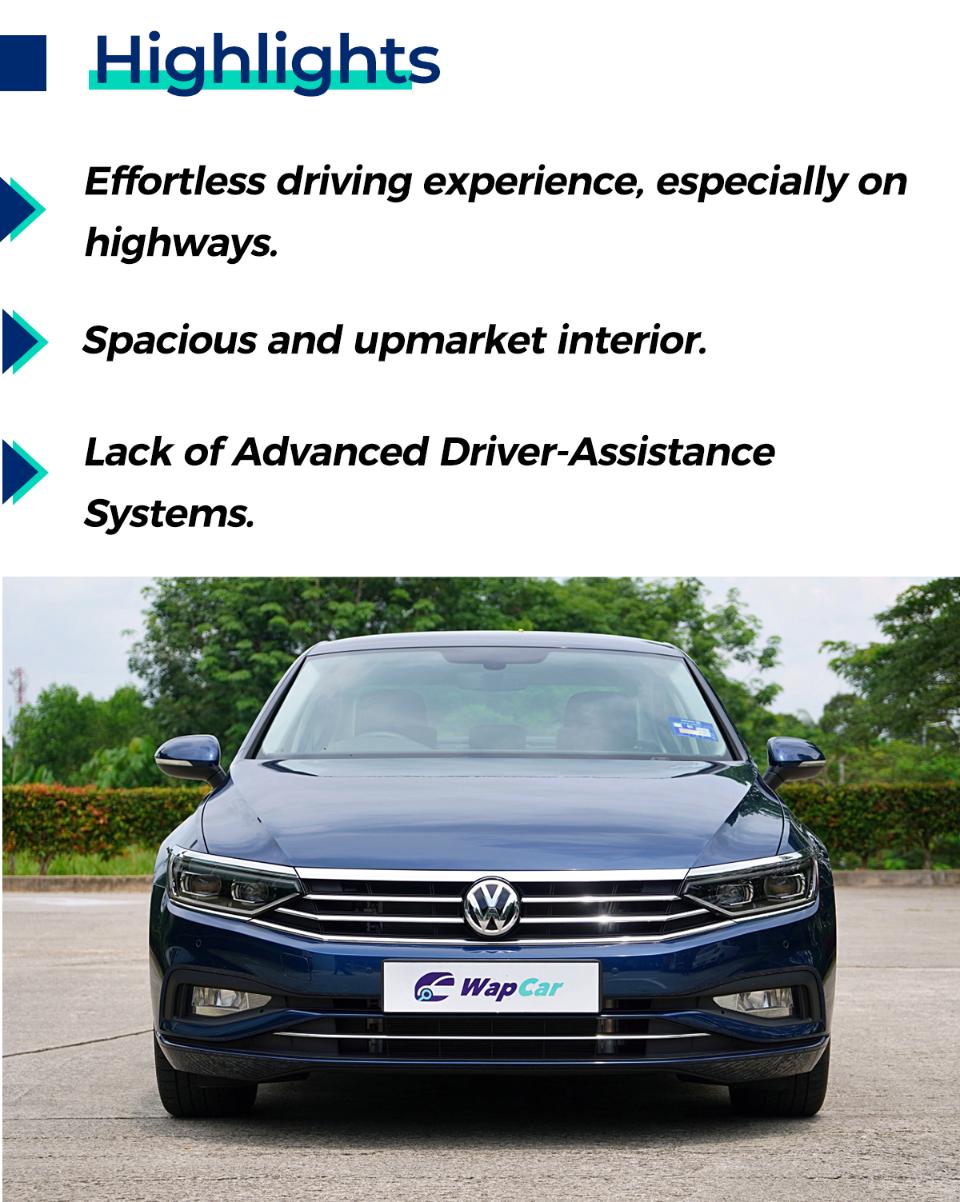 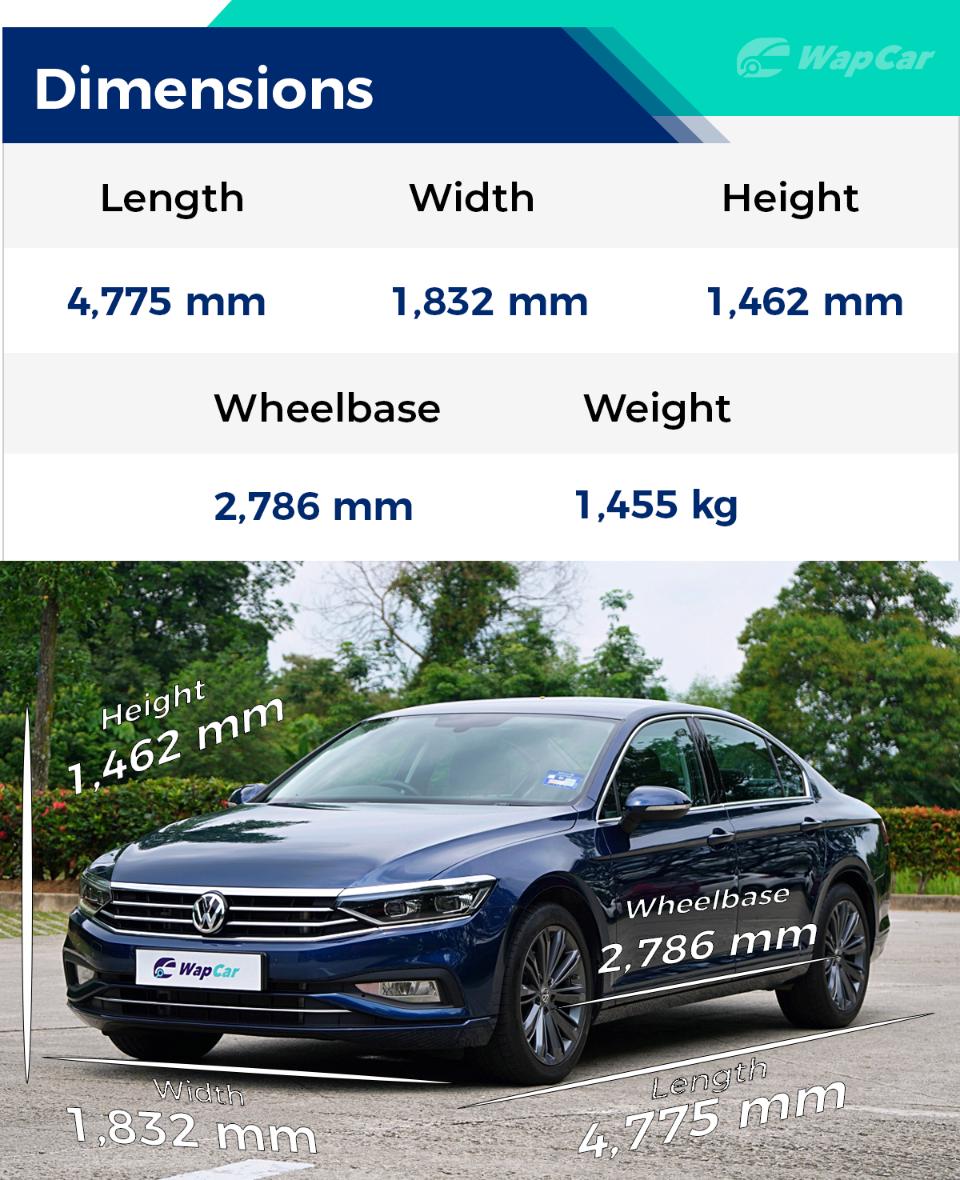 The chrome trim that runs across the entire lower part of the car from the pre-facelift model is gone. Which is much appreciated from myself, probably because I’m not in the target age demographic. 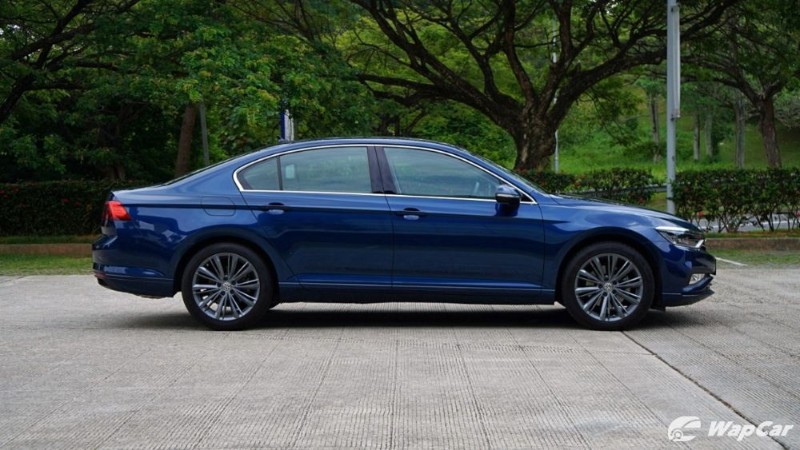 The LED rear tail lamp has a party trick, the graphics light up in sequence upon unlocking the car at night. The indicator lights on both the head and tail lamps are sequential, with lights flowing towards the indicated direction rather than just blinking. 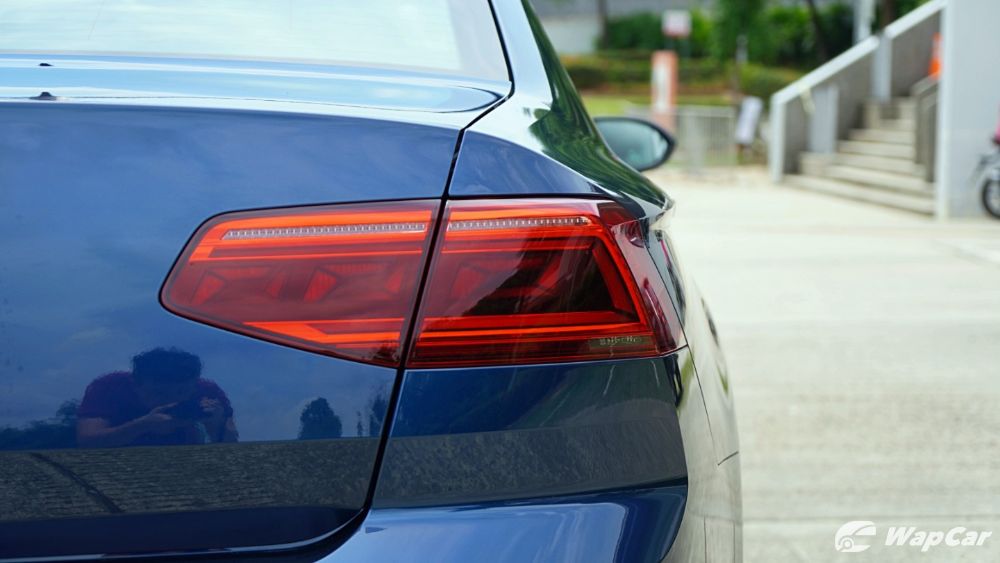 One feature I grew to appreciate is keyless entry on all four doors. It just makes accessing the car so much more convenient. 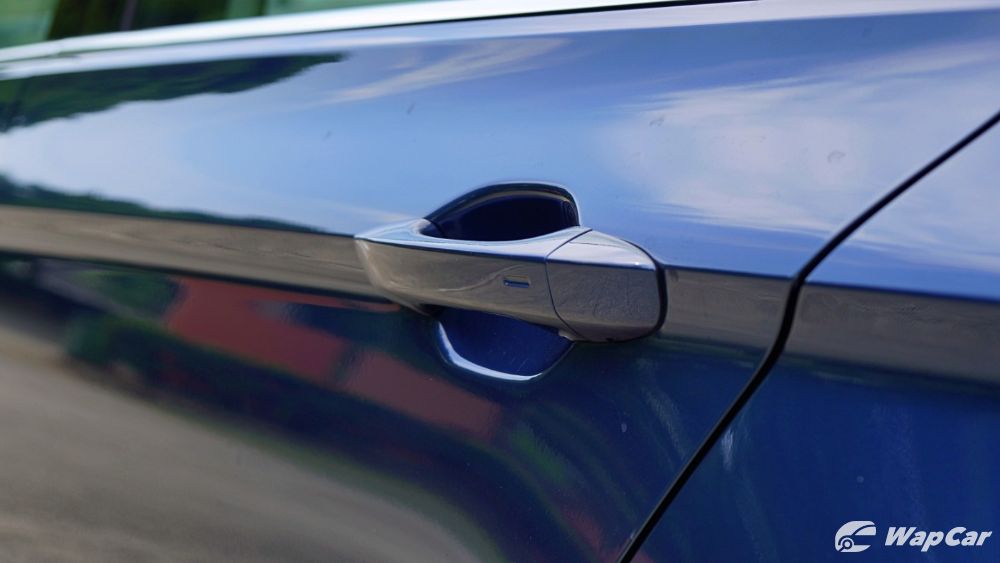 Wheels are 18-inch items wrapped with 235/45 Continental MC5 rubbers. These are optimally sized in my view, as they strike a fine balance between visual appearance and comfort. 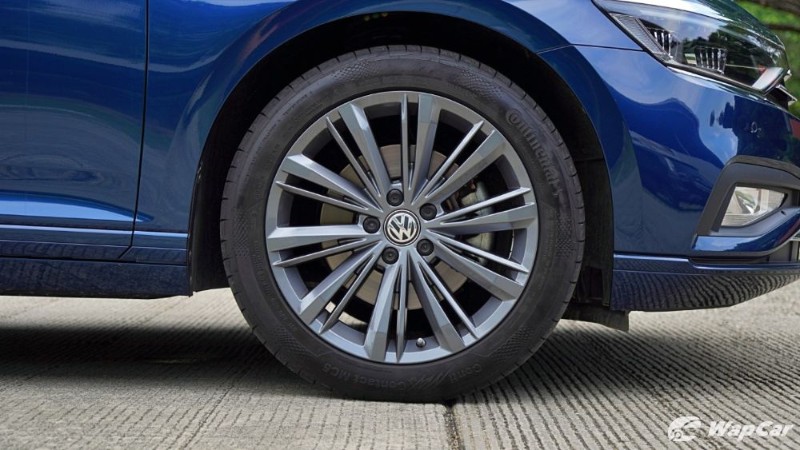 Paint thickness averaged in the 120s of µm with no outliers. Panel gaps varied by no more than 1 mm from the opposite sides. 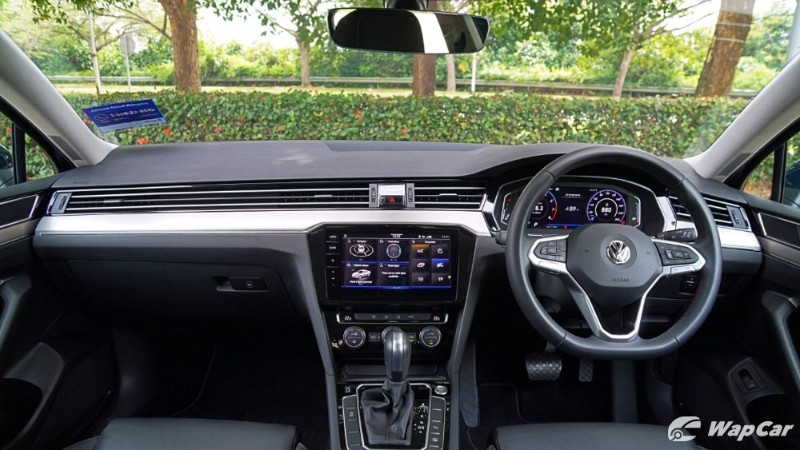 If you recall the pre-facelift 2.0 TSI model, it had wood trim running across the cabin. Not the biggest fan of it but it may be an acquired taste. In the revised interior, I think it’s perfectly spec-ed with the brushed metal trim and piano-black inserts here and there. 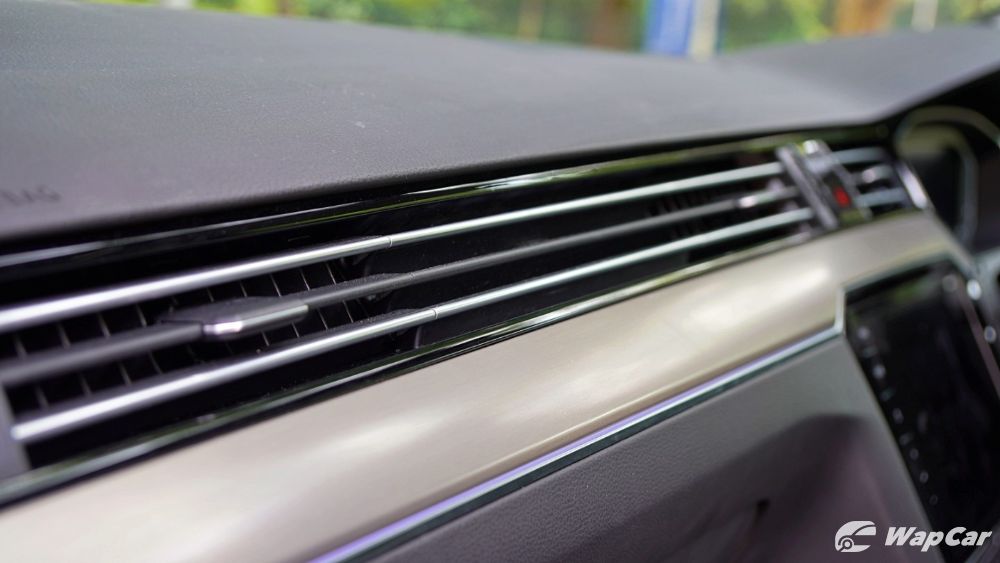 I like the new steering wheel, it’s chunkier to hold and keeps the interior up to date. I also like the new infotainment system. The 9.2-inch display is clear and colours are perfectly calibrated. Same goes for the digital instrument cluster, now called the Digital Cockpit. 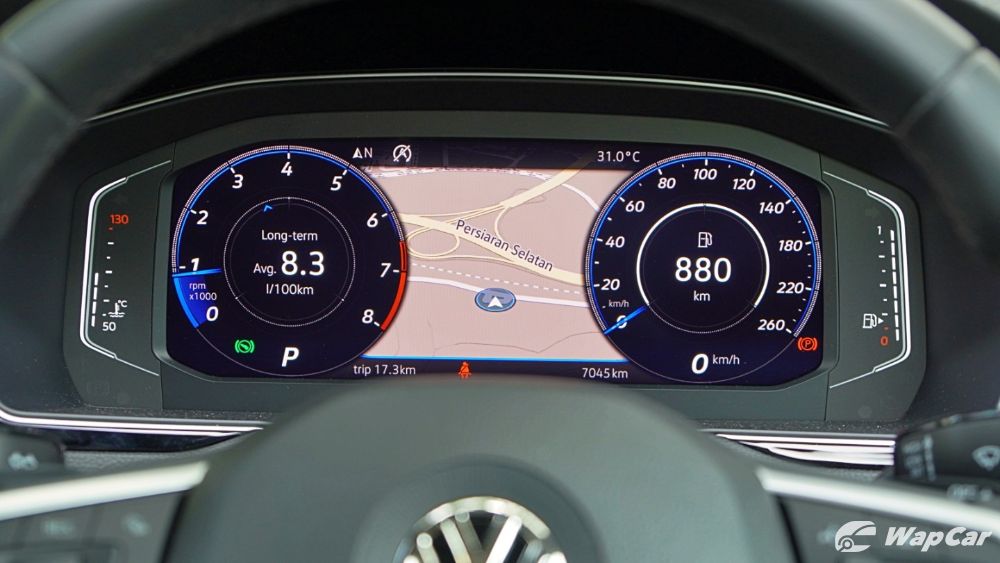 The wireless Apple CarPlay works a treat, eliminating the hassle of constant plugging and unplugging. And it’s easy on your iPhone’s battery because the display is off. Android users will have to connect the traditional way. Speaking of connection, all USB ports in the Passat are Type-C for future-proofing. 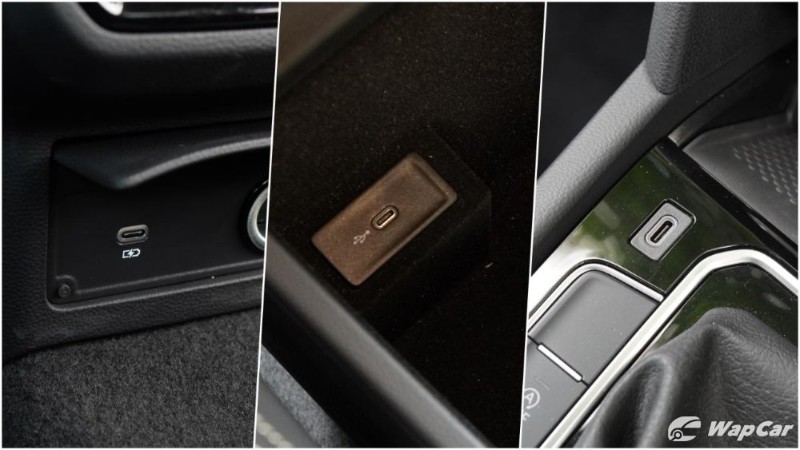 What I don’t like, however, is the “Passat” emblem at the middle, especially since it replaced the classy-looking analogue clock from before. Now it just looks like an afterthought. 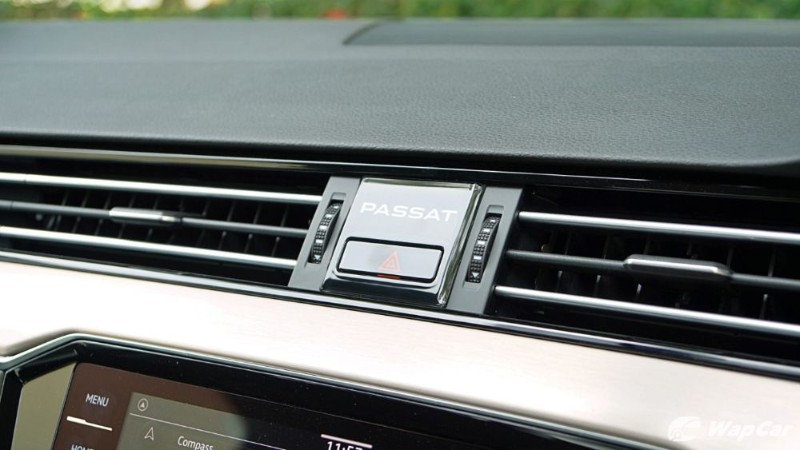 Apart from that, there isn’t much to complain about the interior. Build and material quality is as expected from a Volkswagen, which is to say good but nothing jaw-dropping. 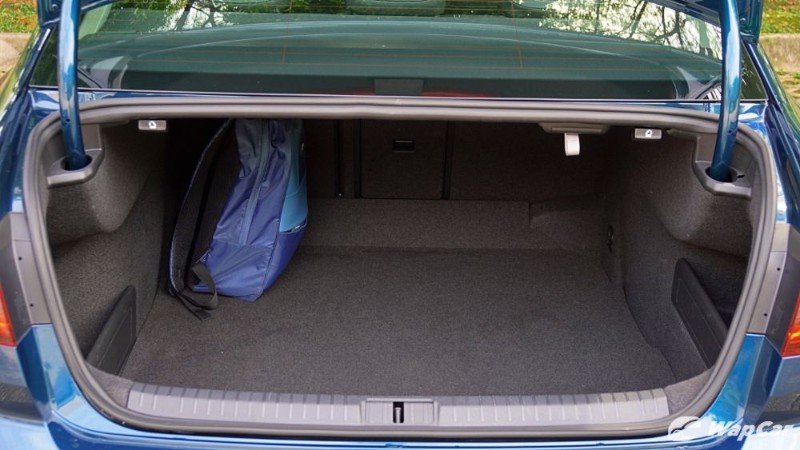 Interior space is rather impressive, it’s more spacious than the Toyota Camry and it feels more upmarket as well. Plus, the Passat's boot is massive, at 586 litres. But personally, the best interior in this class goes to the Mazda 6.

Driving experience - The theme is effortless 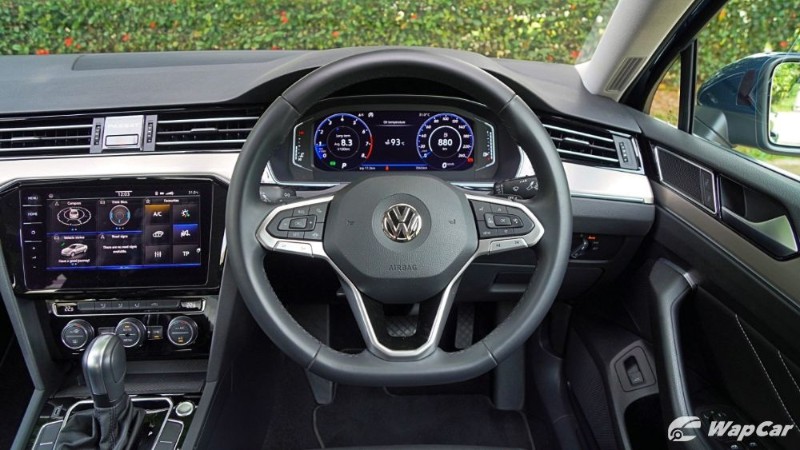 Let’s address the proverbial elephant in the room, the 2.0-litre turbocharged engine makes less power than before. Plus, the electronic wizardry for improved traction (XDS+) and adaptive dampers (DCC) have been left out.

It’s no longer the Golf GTI sedan many have described the pre-facelift model in the past. But having lived with the Volkswagen Passat Elegance for a good couple of days, I’ve come to the realization that in most daily situations, few will miss the extra power and GTI goodies. 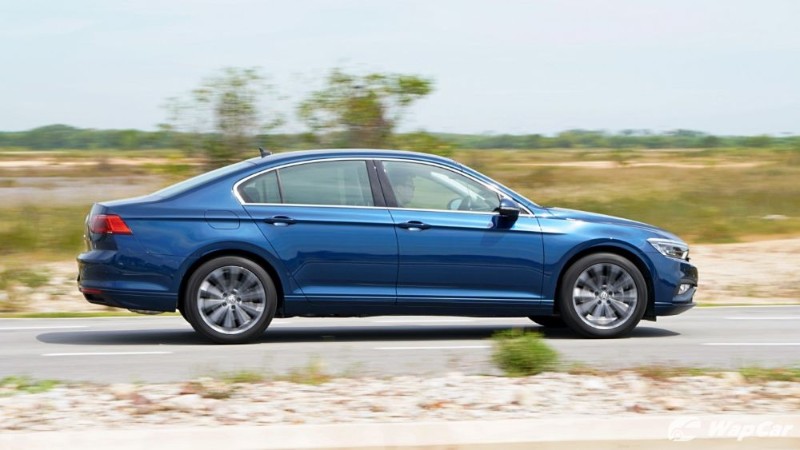 Granted, the acceleration isn’t as explosive as before. But if a Toyota Camry–for whatever reason–challenges you to a drag race, simply engage launch control and leave the Camry in its wake. The Passat Elegance does 0-100 km/h in a respectable 8.1 seconds in our test.

It still handles competently, the steering is sharp, body control is good and it's rather agile considering its size. Compared to the Toyota Camry, the Passat not quite as fluid in absorbing mid-corner bumps.

Which means the Camry still has the edge in terms of handling, but we’re splitting hairs at this point as the difference in handling isn’t that significant. 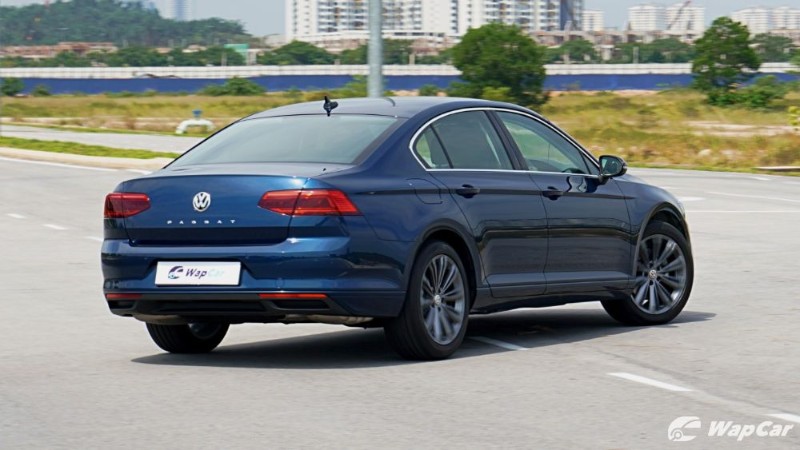 There’s a reluctancy for the powertrain to get up and go upon throttle depression. It’s evidently calibrated with efficiency in mind. 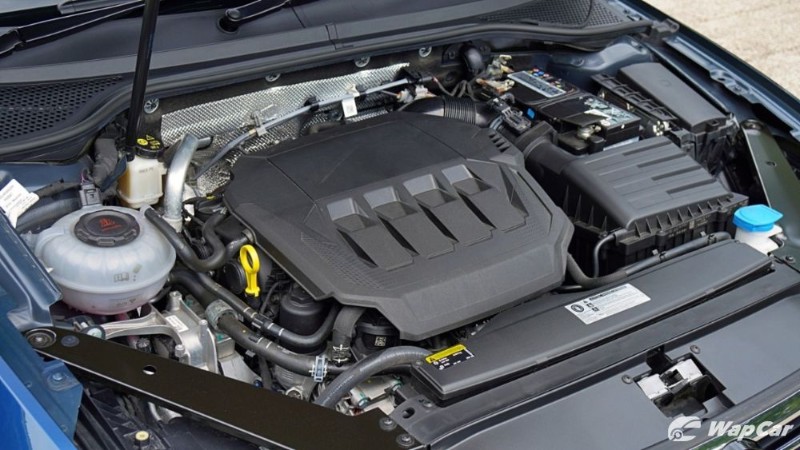 One workaround is to engage sports mode for the transmission. Immediately the car becomes more eager to surge forward and overtaking becomes effortless. 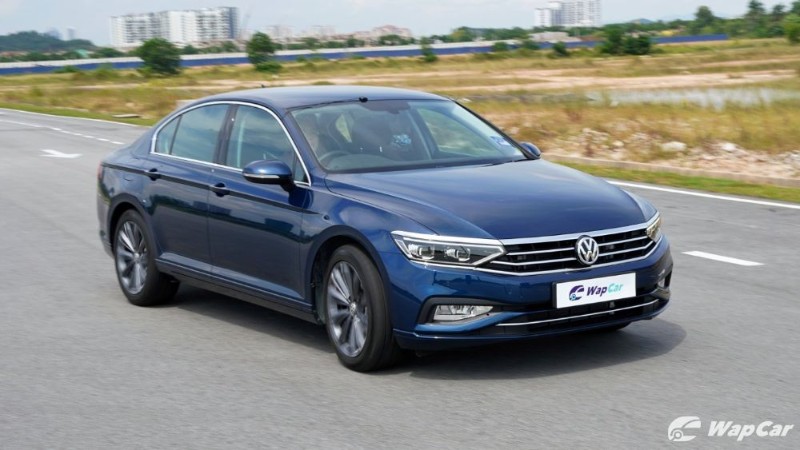 It’s also effortless to drive daily; the steering is light, brakes are easy to modulate, throttle response is gradual, even the dual-clutch transmission (DSG) is reasonably smooth in traffic. On the move, the DSG is seamless in operation.

One thing to note is the lack of ADAS. The Passat Elegance only features blind spot monitor and rear-cross traffic alert. No autonomous emergency braking or any lane keep aid here, which puts the Passat behind the competition on the safety front. 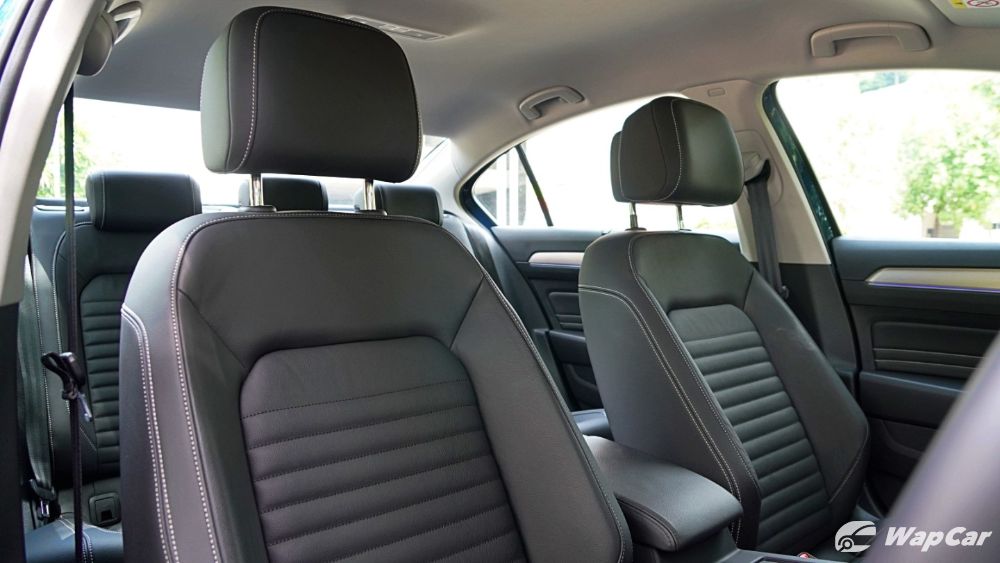 The standard, passive suspension balances comfort and sportiness rather well. It soaks up rotted tarmac pliantly but there’s a nuggety feeling in its ride, a hint of firmness to remind you that you’re in a German car. 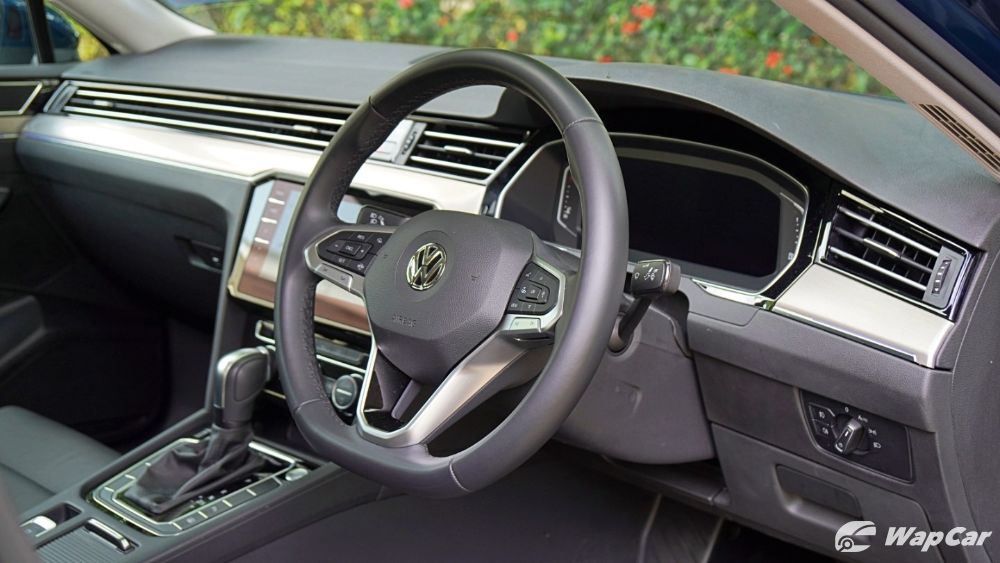 Strangely, despite the 12-way adjustment on the driver’s seat and constant fiddle with the lumbar and recline angle adjustment, I couldn’t find my ideal settings to relieve my lower back. But side and thigh support are good. 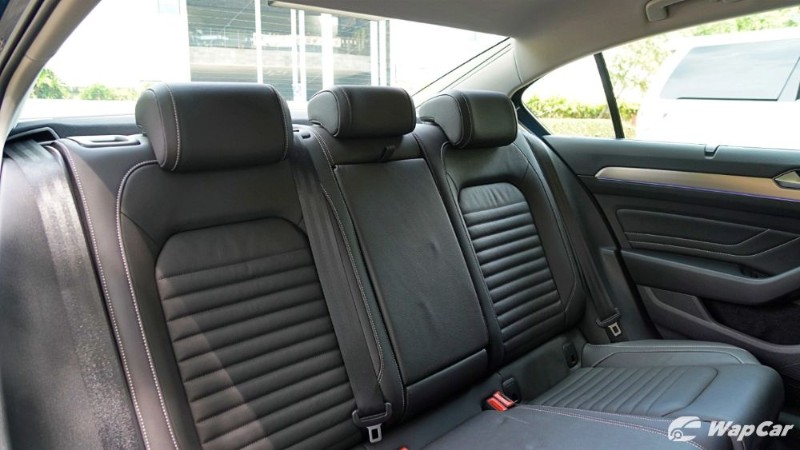 Rear seats have good thigh support as well from the properly sized seat base. However, middle passenger won’t get as much thigh support and seats a little higher, so headroom is compromised. But the centre tunnel is relatively narrow and the footwells are large enough to accommodate 3 pairs of feet. 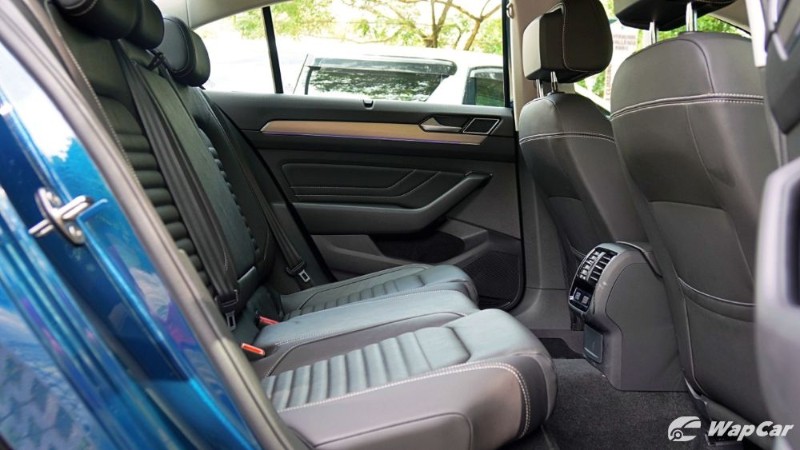 While mechanical noises are well suppressed, there’s a surprising amount of tyre noise for a car of this stature. At 110 km/h, the sound level meter recorded an average of 69 dB whereas in the Camry, it averaged 67 dB. 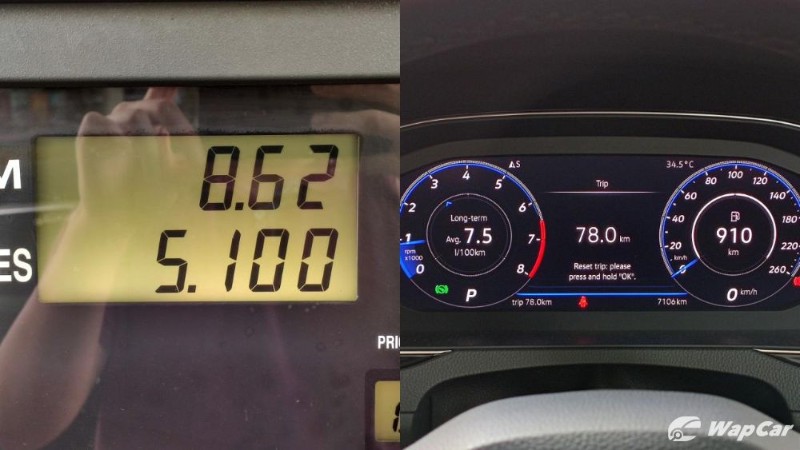 After a 78 km journey broken down to about 80% highway and 20% city driving, the amount of fuel required to brim the tank was 5.1 litres. Which works to a fuel consumption figure of 6.5-litre/100 km. Curiously, the trip computer showed an average of 7.5-litre/100 km. 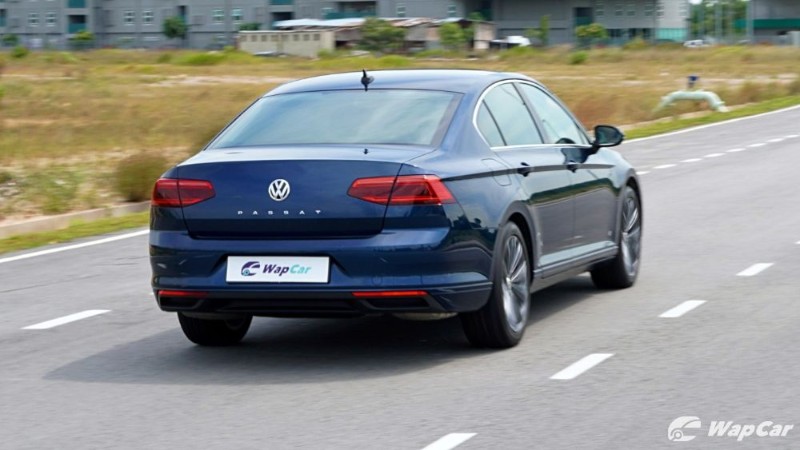 But the Passat is more spacious inside, has a bigger boot, a more upmarket interior with Apple CarPlay (wireless) and Android Auto, a more efficient and powerful turbocharged engine, and not forgetting the keyless entry on all doors. 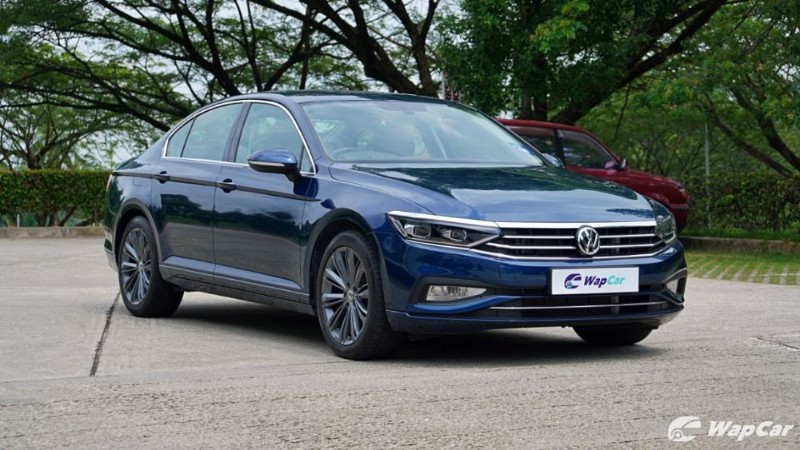 The Toyota Camry feels more old school. There are more physical buttons with large fonts, the instrument cluster is analogue, and is powered by a naturally aspirated port injection engine.

Stepping into the Passat is almost like a tech fest in comparison with the high-res displays and USB-C connections. 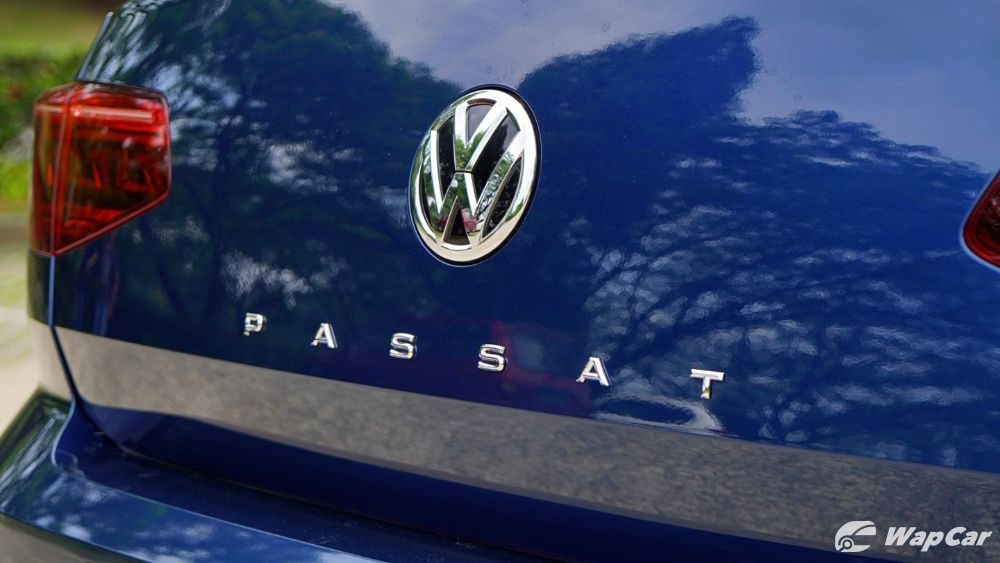 If you prefer something more traditional and ADAS is a must for you, then the Toyota Camry is the one for you.

But if you’re the type who likes new and high-tech stuff, the punch of a turbocharged engine, and you can accept the lack of ADAS, then the Volkswagen Passat should be on top of your list.

Currently, Volkswagen Passenger Cars Malaysia is offering a promotion on the Volkswagen Passat with 1-year free insurance and savings of up to RM 6,000 for customers who place their bookings on the e-showroom.