HomeNewsSuzuki to return to Malaysia, which models are coming?

Suzuki to return to Malaysia, which models are coming? 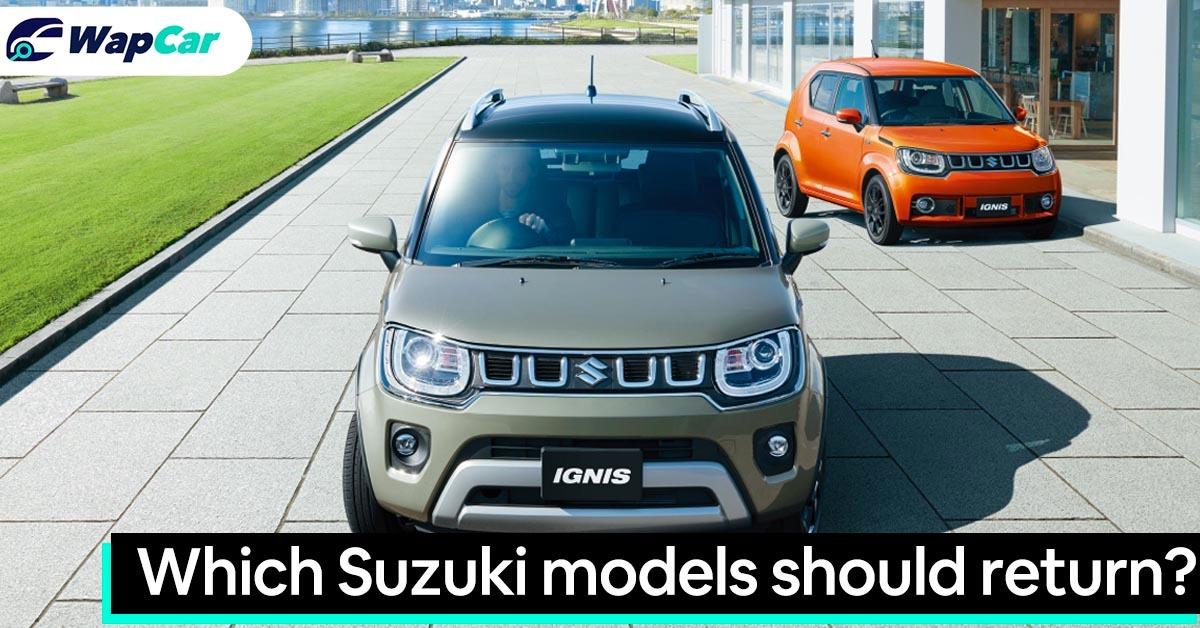 With rumours circulating that Suzuki could be returning to Malaysia under the Naza Group of Companies, let’s take a closer look at what models could be introduced here.

Models that could sell well

Our number one pick is the Suzuki Swift – a fun-to-drive and well-engineered hatchback that is currently in its third iteration.

Globally, Suzuki offers the Swift with a wide range of powertrain options, including a naturally-aspirated unit, turbocharged unit, and a hybrid.

Within the ASEAN region (Thailand and Philippines), Suzuki offers the Swift with a 1.2-litre naturally-aspirated petrol engine that does 83 PS and 108 Nm – far from ground-breaking figures, but when coupled with the Swift’s featherlight “Heartect” platform, performance is good enough for a darty little hatchback.

Think of the Suzuki Ignis as the little Perodua Axia – both cars are considered as entry-level models to the respective brands, and both have SUV-esque styled variants.

The little hatchback was first previewed as the iM-4 Concept at the 2015 Geneva Motor Show, before evolving into the Ignis you see here.

Similar to the Swift, the Ignis can be had with a range of powertrains, including a mild hybrid system. 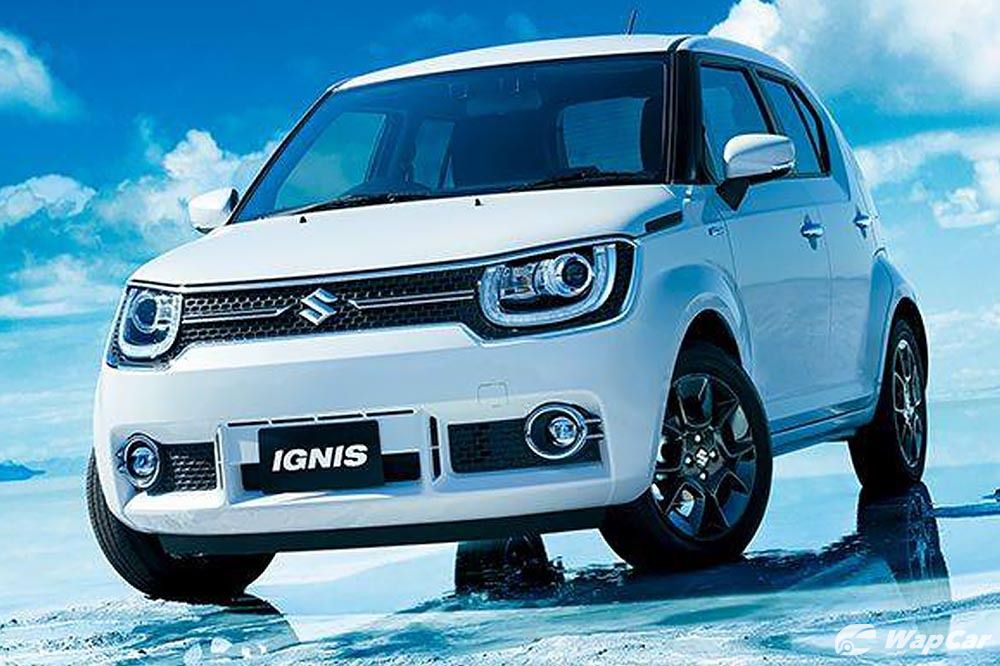 Suzuki Indonesia currently offers the Ignis with a 1.2-litre naturally-aspirated engine mated to a 5-speed manual or a 5-speed AMT automatic.

The Indonesian Ignis is imported from India.

The all-new, fourth-generation Suzuki Jimny is a cute one.

Not only does Suzuki offer a narrow body 'kei' car version in Japan, the company also offers a wider, more powerful version called the Jimny Sierra.

Recond car dealers have already brought in the Jimny, with prices ranging from RM 150,000 to an eye-watering RM 200,000.

No Suzuki wishlist is complete without the mention of the Swift Sport.

Back in its heyday, Suzuki Malaysia offered the Swift Sport as a cheaper alternative to established hot hatches.

The new generation Swift Sport made its global debut at the 2017 Frankfurt Motor Show, powered by a 1.4-litre turbocharged 4-cylinder petrol engine.

Yes, Suzuki has ditched the long-serving 1.6-litre naturally-aspirated, high-revving engine in favour of a new turbocharged unit that does 140 PS and 230 Nm.

More recently, Suzuki has introduced a new Swift Sport Hybrid, which gets a 48V hybrid system that supplements the 1.4-litre engine.

Models that may not work here

The Suzuki Alto is a kei car designed with Japanese consumers in mind.

As such, not only are dimensions tiny, its 658-cc engine is puny by comparison (the cheapest Axia gets a 1.0-litre engine).

Furthermore, for the Alto to comply with Malaysia's mandatory UNECE vehicle type approval regulations, Naza would need to go through a lengthy process to homologate the Alto for the Malaysian market.

The same is applied to Suzuki’s range of kei cars, including the Spacia, Hustler, Solio, and Lapin.

A couple of years ago, Suzuki Malaysia did offer the Alto for sale, but the old model was made in India, and apart from its name, had no similarities with the model sold in Japan.

As handsome as the new Ertiga may be, demand for MPVs in Malaysia is low compared to SUVs.

Even when Proton offered the Ertiga some time back, sales were far from encouraging. 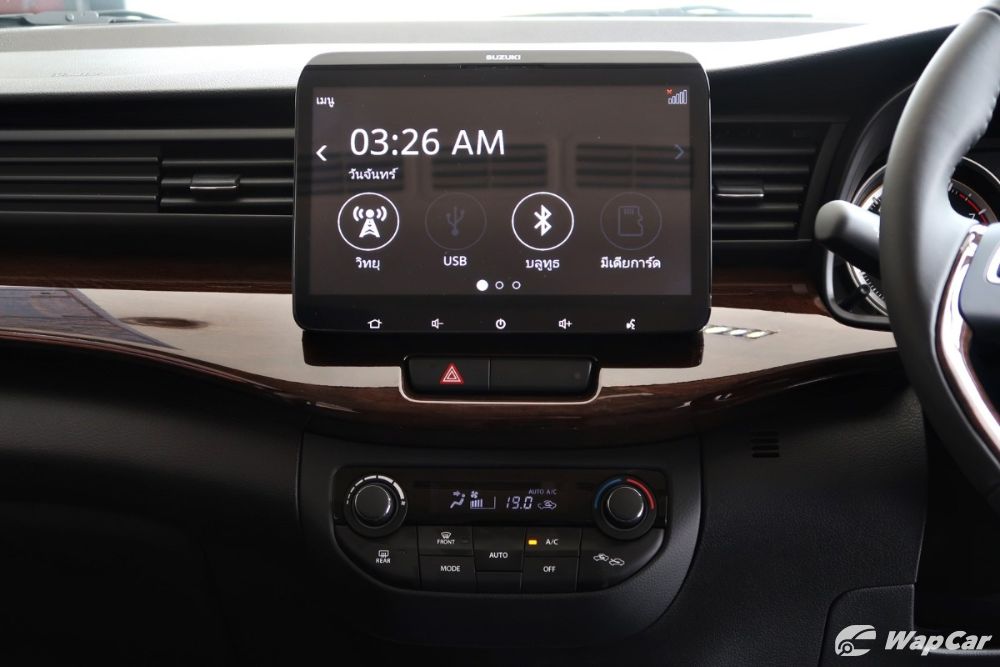 As such, it makes little sense for Naza to introduce the Ertiga here in Malaysia.

When will Suzuki cars be launched in Malaysia?

It's hard to say when will Suzuki return to Malaysia, as the decision for Suzuki to partner with Naza is not final, although odds are in their favour.

With that said, it is possible for Suzuki to return some time in 2021.

So, which Suzuki model is your pick?