Home > News > What's the retail on one of those? Fast and Furious Toyota Supra up for auction

What's the retail on one of those? Fast and Furious Toyota Supra up for auction 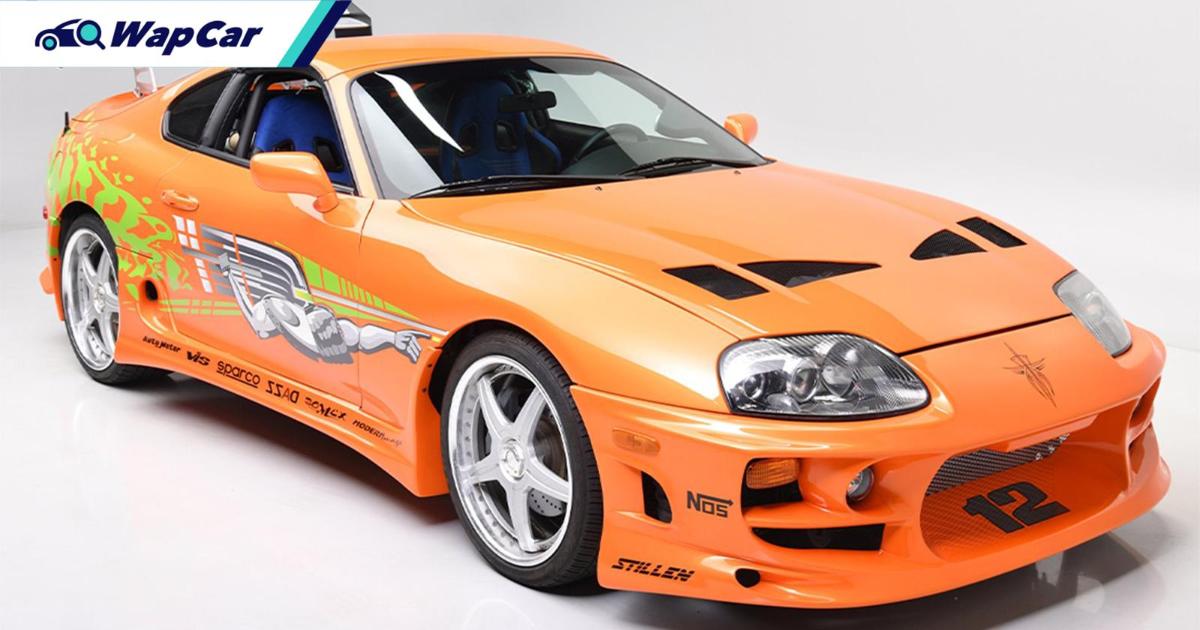 Here’s a hit of nostalgia for you, the famous Toyota Supra featured in the first Fast and Furious film will be up for sale at the Barrett-Jackson Las Vegas auction from 17- to 19-June, right before Fast & Furious 9 hits theatres in the US. 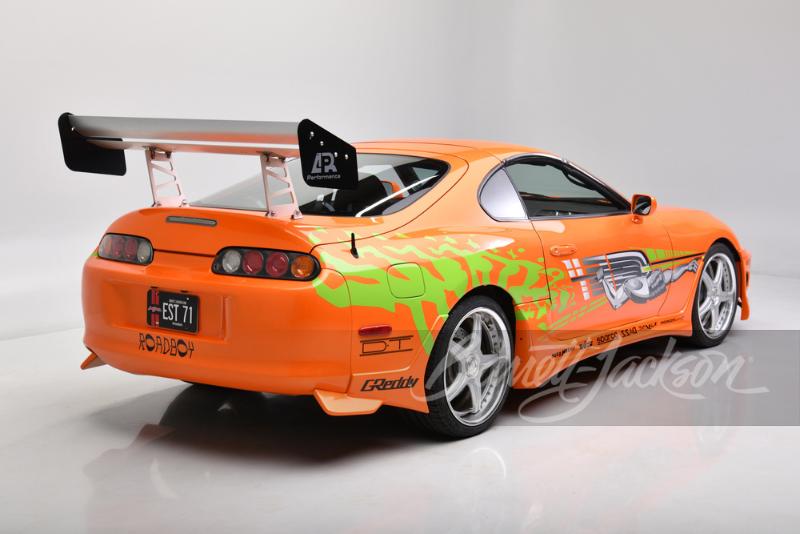 For those who can’t remember or have not seen The Fast and the Furious – which premiered in 2001 – there was an orange Toyota Supra that Brian O’Conner (Paul Walker’s character) and Co built up with overnight parts from Japan after his green Mitsubishi Eclipse exploded.

The Toyota Supra then raced Dominic Toretto (Vin Diesel)’s Dodge Charger and 36 gear changes later, the Supra pulled ahead and both narrowly evaded a crossing train but the Charger flipped over. O’Conner proceeds to give Toretto the keys to the Supra and the film concludes.

This particular Toyota Supra made it into pop culture and some may say it is somewhat responsible for the insane prices the A80 Supra is currently fetching. 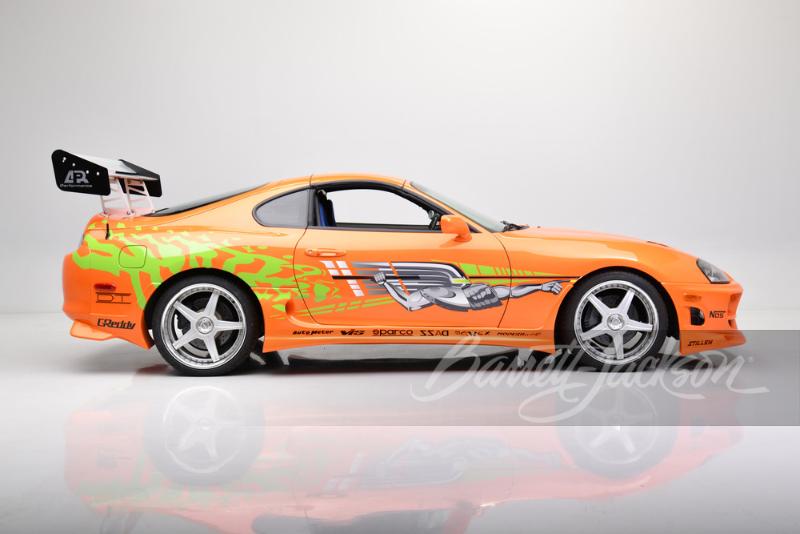 According to the description stated on Barrett-Jackson’s website, this Supra “was used for multiple interior and exterior shots during the filming,” and that the car “was built by Eddie Paul at The Shark Shop in El Segundo, CA.” 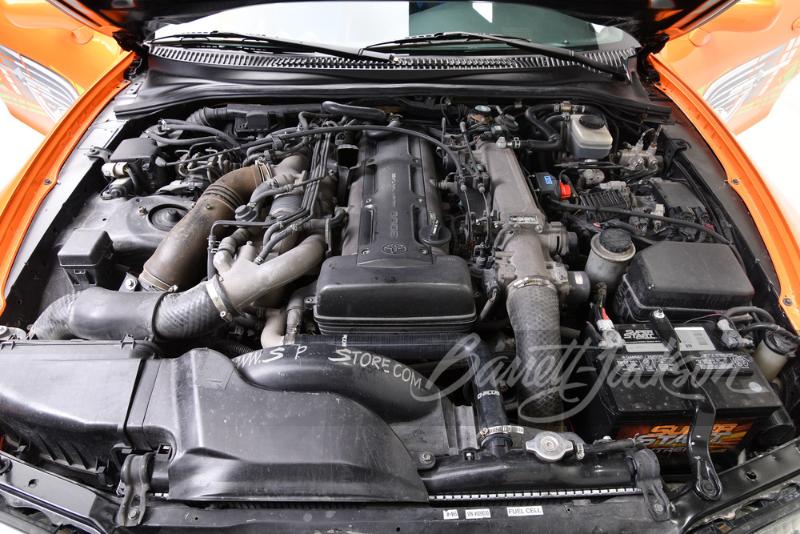 Interestingly, partnering the revered 2JZ 3.0-litre turbocharged straight-six engine is a 4-speed automatic transmission. Though there is a spherical gear knob to perhaps disguise it as a manual transmission. 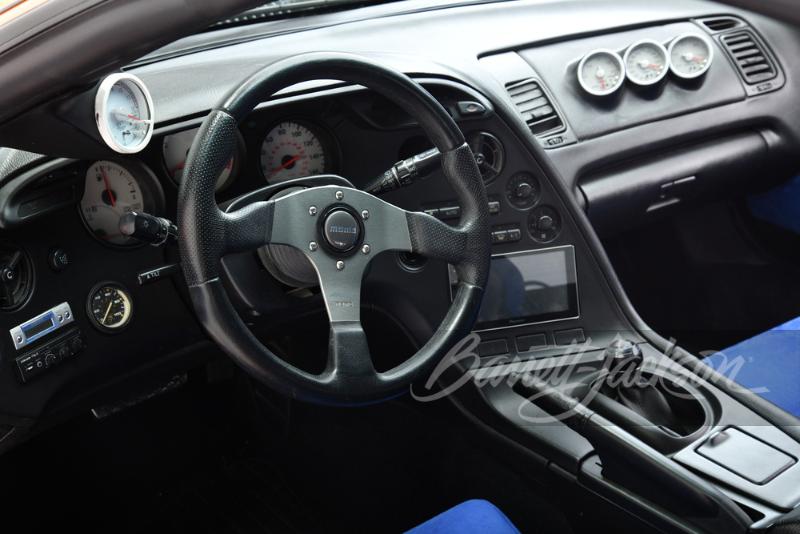 Price of the Fast and Furious Toyota Supra was not disclosed by the company, but there appears to be no reserve. There will be “extensive documentation that accompanies the car and a Certificate of Authenticity” to go along with the car in the sale.

Also read: Here’s another Fast and Furious 9 trailer to exercise your brains with