Slated to arrive in Malaysia in 2021, the Nissan Kicks is a B-segment SUV that's already made its way to Thailand and Indonesia. Based on what we’ve seen in Thailand and Indonesia, there is a very huge chance that the Malaysian-spec Kicks will be powered by the same e-Power hybrid-electric drivetrain. This powertrain uses a 1.2-litre 3-cylinder petrol engine that is used as a generator to charge the lithium-ion battery pack. Combined with the EM57 electric motor, the Kicks kicks out a power output of 129 PS and 260 Nm. There is a petrol powerplant, but that's only for the Indian-spec Kicks that is very different from what's offered here. Available on the Kicks e-Power is the One-Pedal feature that’s seen in Nissan’s EV that allows drivers to accelerate and brake using only the accelerator pedal for a more relaxed driving experience in stop-go city traffic. Boot space in the Kicks is rated at 432 litres which puts it not far behind the HR-V (437 litres) but way ahead of the Proton X50 (330 litres) with all the seats up. Don't forget about the size too - it's taller, longer and wider than the HR-V or X50 despite looking compact. The Kicks is certainly not lacking in safety features. In Thailand, where there are 4 variants of the Kicks e-Power available, standard safety features include ABS, ESC, BA, and 6 airbags - features that are enough to net it 5 stars in the ASEAN NCAP. However, the Malaysian-spec Kicks is expected to come with a full suite of Advanced Driving Assistance System (ADAS) including AEB, FCW, ACC, Around View Monitor, BSM, and RCTA. The Nissan Kicks has been a long-awaited model for ETCM with plans for its arrival dating all the way back to 2018. However, with the e-Power hybrid in development at the time, the launch was pushed back. Now, with the Kicks e-Power launched in some of our neighbours, we can expect the Kicks to finally make its Malaysian arrival this year, going head-to-head against the Proton X50 and the Honda HR-V.

The Nissan Kicks may not pack a lot of brawn under the hood, it will return strong fuel economy. An automatic CVT helps keep the crossover in its most efficient power band.

Steering response of the Nissan Kicks is impressive. It is very nippy and has a good sense of control especially when navigating in the city.

Despite its compact size, the Nissan Kicks manages to offer a comfortable journey with its Zero Gravity front seats that is widely acclaimed. Good headroom and legroom enables tall passengers to sit comfortably at the rear quarters.

Nissan Kicks is relatively slow in response. You’ll have to really step on the acceleration given that you would like to accelerate fast from a stand still.

Ground clearance on the Nissan Kicks is only 6.9 inches and it could be a negative point for those who prefer a comfortable position from getting in and out from the vehicle.

If their Chinese New Year ad is anything to go by, Nissan in Malaysia will be gearing up for a busy year in 2022.Besides its exhilarating tempo, the Edaran Tan Chong Motor (ETCM) CNY ad fleetingly teases the 2022 Nissan Kicks, leading to the notion that Nissan’s new B-segment SUV should be coming soon.Although weve known for a while now that the Nissan Kicks was potentially coming to Malaysia, this is the first time Nissan themselves have dropped the hint.Also read: Potential X50 and HR-V

A couple of weeks ago, Edaran Tan Chong Motors (ETCM) loaned the previous E12-generation Nissan Note e-Power for review. Keep in mind that the loaner is less about the Note, and it was more about its e-Power hybrid system. After all, one cannot say no to an overall fuel economy of just 2.8-litres/100km, right?With such low fuel consumption figures, the Nissan Note e-Power comfortably undercuts the Honda City RS’ figures by a wide margin, so why isn’t Edaran Tan Chong Motors (ETCM) of

The 2021 Nissan Kicks e-Power couldve been the just the car to shake up Malaysias B-segment small-SUV market but alas, its arrival here has been delayed.According to sources familiar with Nissans product plans here, Edaran Tan Chong Malaysia (ETCM) will not launch anything else this year after the facelifted 2021 Nissan Navara that was introduced in April.Also read: Priced from RM 92k, new 2021 Nissan Navara NP300 (D23) is ready to truck up the competitionHow is the Kicks doing elsewhere?Thailan

The Nissan Kicks has been on sale in numerous countries and in different iterations too. The Malaysian-bound Kicks would most likely be shared with the Thai-, Indo-, and Japanese-spec Kicks but India has a different version of the Kicks. Ditto the Chinese Kicks facelift which sports a slight redesign from the rest of the world.Based on these spyshots, the Chinese-spec Nissan Kicks will be getting a slight redesign and will be using a different engine to the Thai-assembled Kicks too. For this red

Read More
Nissan Kicks
2021 Nissan Kicks coming to Malaysia next year – This over the X50 and HR-V?

When it comes to B-segment SUVs, two models immediately pop up, the Proton X50 and the Honda HR-V. But come next year, there would be another contender to vie for your attention, the 2021 Nissan Kicks.Indeed, other carmakers tried to persuade buyers with their versions of the B-segment SUV to mixed results. However, the Nissan Kicks might sound like an interesting choice even among the contemporary B-segment as a whole.What’s the kicker here?Were gonna fill up this article with kicking pun

Recently, we showed the safest cars as tested by ASEAN NCAP. Despite having some of the smartest driving aids in its class, the Proton X50 didn’t make it to the Top 10.Neither did the Nissan Kicks but here’s the kicker (no pun intended), it scored better than the X50!The Nissan Kicks scored the maximum 5-stars just like the X50 but its overall score was much higher than the X50 despite having 2 airbags as standard with 86.93 points. For comparison, the Malaysian crossover only got 84 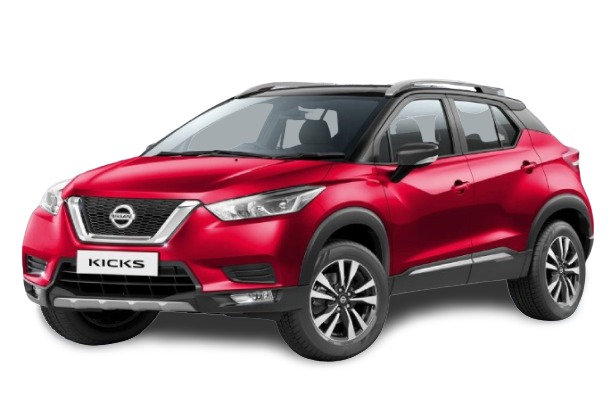