Home > News > Before the Proton Iriz Active, the CrossPolo and SX4 tried to jack up a niche trend in Malaysia

Before the Proton Iriz Active, the CrossPolo and SX4 tried to jack up a niche trend in Malaysia 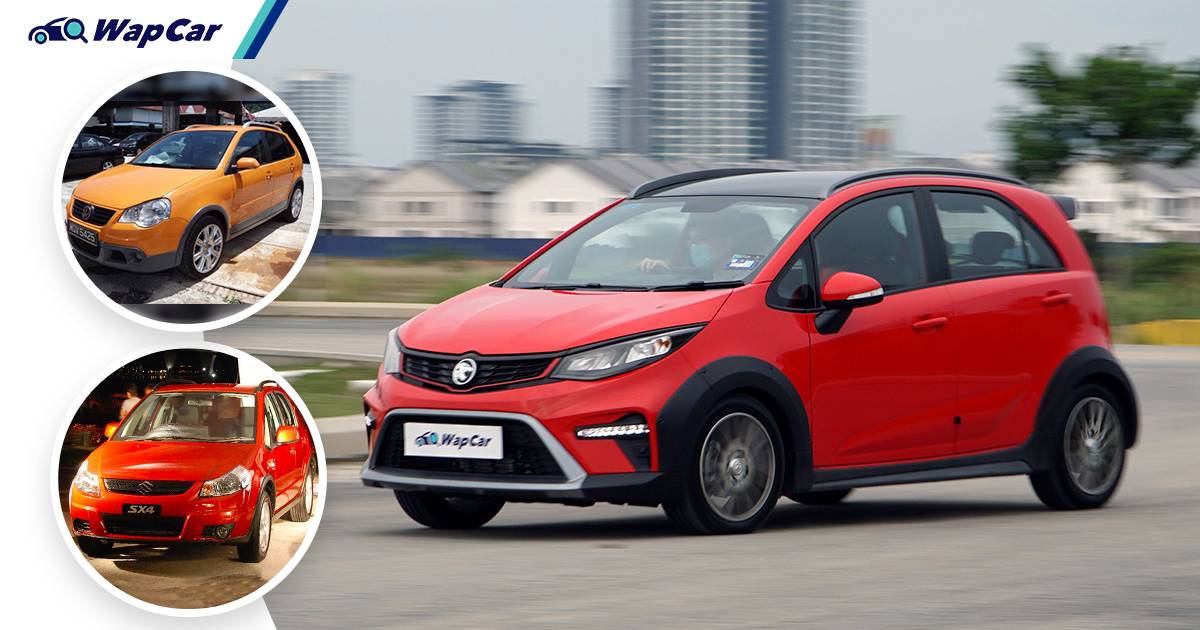 The crossover boom has arrived in Malaysia and every carmaker wants a piece of that lucrative pie. For some though, jacking up existing models and putting plastic cladding is one cost-effective solution to hop on the bandwagon. 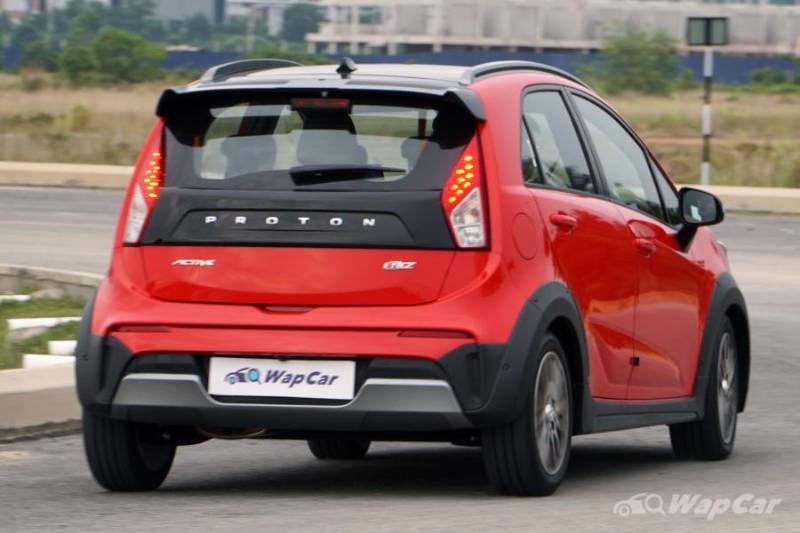 The Proton Iriz Active is one of those crossover hatchbacks that are trying to appeal to buyers who wanted something more active-looking than a conventional hatchback. Still, even if you feel that the Iriz Active is merely a jacked-up Iriz, it is appealing for some buyers.

But what started this trend of jacked-up hatchbacks and which was the first to kickstart this niche but growing market?

The Eagle has landed 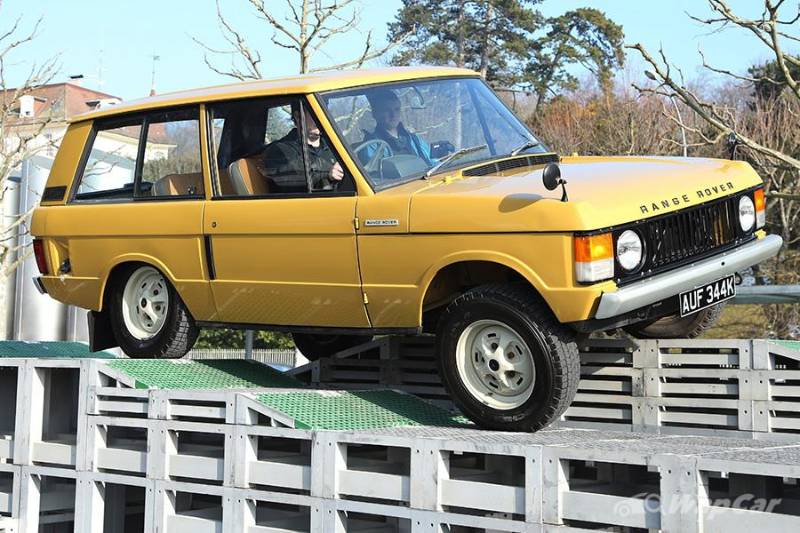 To find out, we have to go back all the way to the 1970s when Land Rover introduced the first Range Rover. The “Rangie” would be a revolutionary vehicle by combining utilitarian off-road mechanicals with plush and luxurious comfort.

The modern SUV began to take shape but across the pond in America, a carmaker called American Motors Corporation (AMC) decided to take things further by combining a regular car body with four-wheel-drive (4WD). The result was the AMC Eagle which was considered by many to be the first crossover. 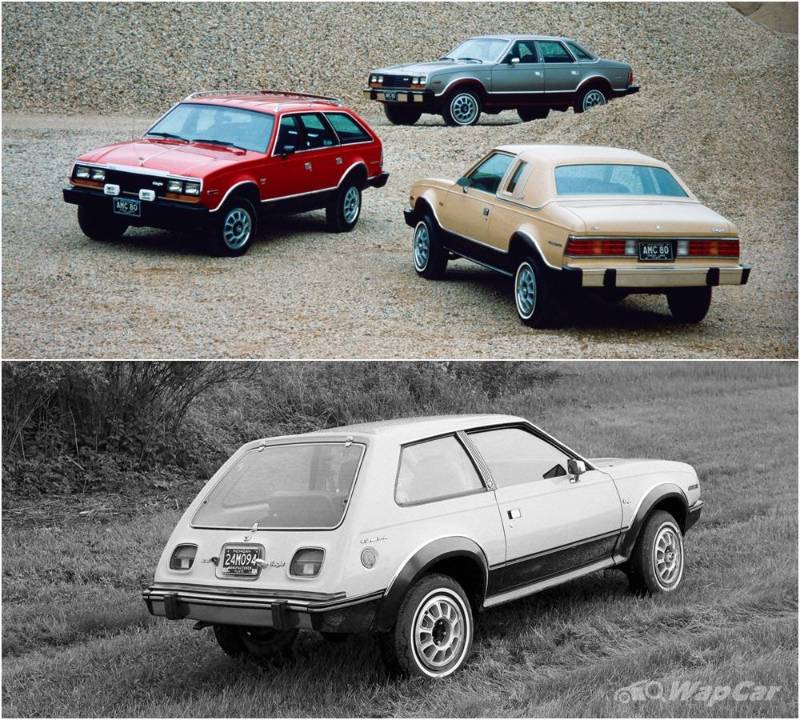 The Eagle was recognizable through its jacked-up design and was available as a station wagon, a sedan, a hatchback, and even a convertible. Despite looking like a regular car that was grafted on a 4x4 chassis, the Eagle isn’t exactly capable for climbing rocks like a Jeep. 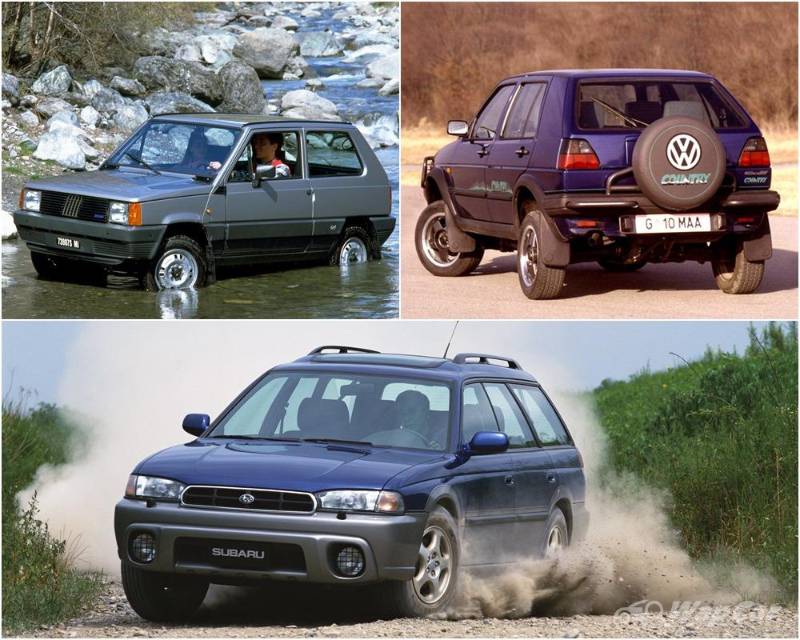 Eventually, this would later give rise to other jacked-up regular cars but unlike the AMC Eagle, some can actually traverse rough terrain. Models like the Subaru Outback, the Volkswagen Golf Country, and the Fiat Panda 4x4 introduced buyers to this interesting mash-up which were early forms of crossovers.

Also read: Subaru XVs and Foresters today won't have AWD if not for Japan's TNB 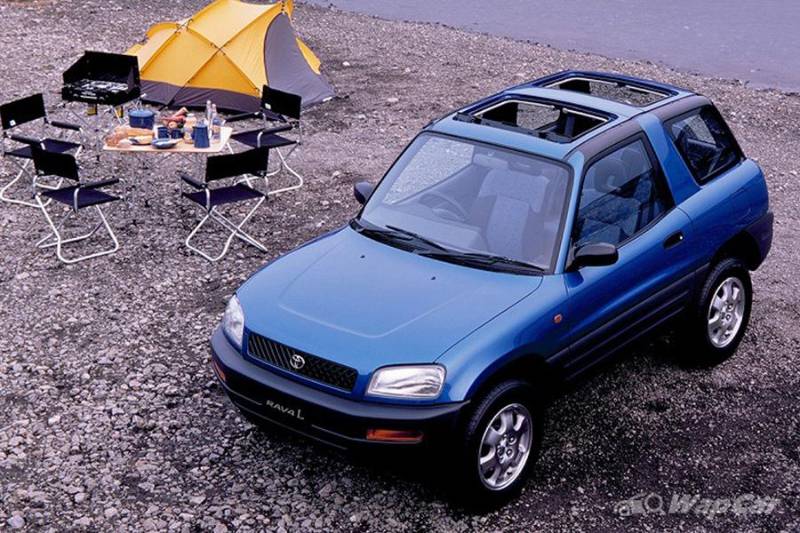 By this time, the tough and utilitarian look of SUVs became softer and more friendly for families whose only adventures remain in the concrete jungle. The Toyota RAV4 helped to pave the way for the modern crossover in many ways besides banking on Japan’s then-new 5-day work culture.

Also read: When Japan stopped working half Saturdays, the Toyota RAV4 became No.1. Here’s why

The SUV boom would start to rise in the nineties and 2000s and this period also saw many brands experimenting various segments and interpretations of body styles. Soon, the SUV-look began ‘crossing over’ to hatchbacks but unlike the Panda 4x4 and the Golf Country, these crossover hatchbacks only had the style to match but none of the off-roading capabilities. 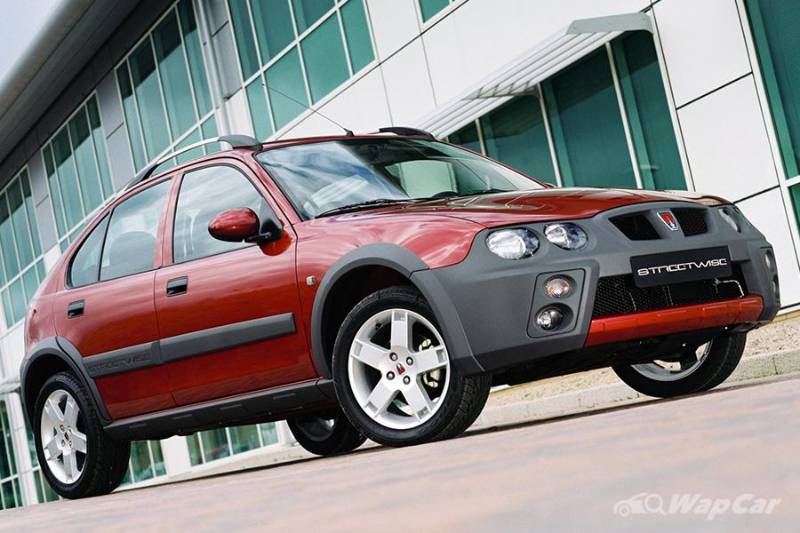 The first 'modern' crossover hatchback was the Rover Streetwise which was introduced by the troubled British carmaker in 2003. Given Rover’s financial woes those days, few remembered the Streetwise but its ‘urban on-roader’ design would pave the way for success for other brands. 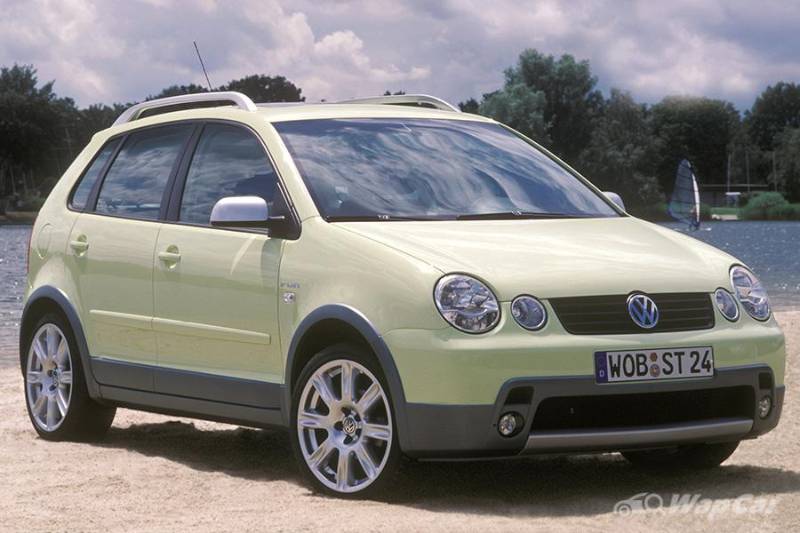 A year after the Streetwise was launched, Volkswagen launched the Polo Fun. The German carmaker wanted to create a small SUV-like hatchback to try and capitalize on the rise of SUVs. 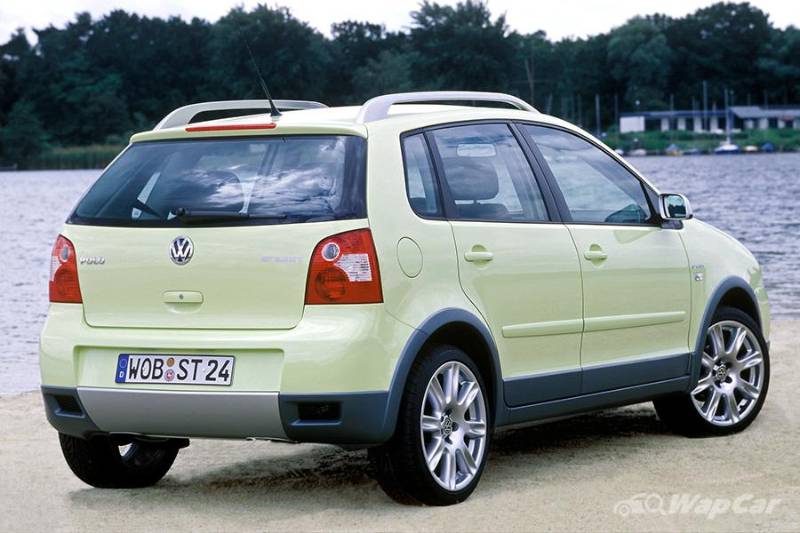 The Polo Fun was based on the fourth-gen Polo but added on plastic mouldings around the bottom part of the hatchback, an aluminium-like underbody shield, and roof rails. Volkswagen jacked-up the height of the Polo Fun, adding 41 mm of ground clearance from the standard Polo. 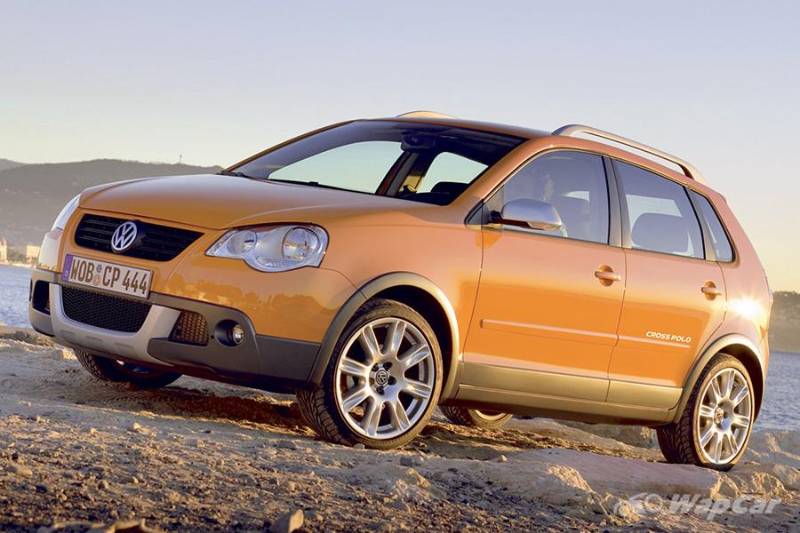 The Polo Fun would go through a facelift and received a new name in 2006 – CrossPolo. A year later, Volkswagen Malaysia would introduce the crossover hatchback into the country. Only one variant was offered and it was powered by a 1.6-litre EFI engine that made 105 PS and 153 Nm. 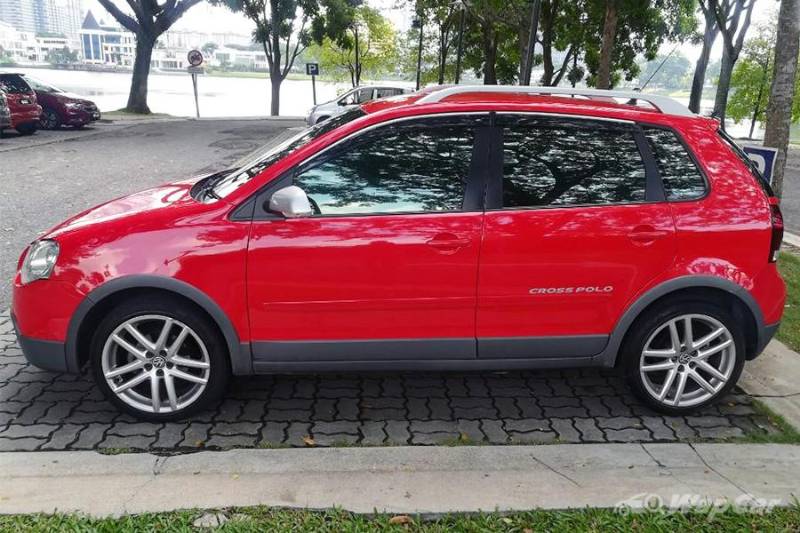 This was paired to a 6-speed automatic transmission that drove the front wheels. The CrossPolo was meant to be a funky premium hatchback with a twist. From its attractive colour options to the then unique crossover style, it could win over buyers today but 14 years ago so few were interested. 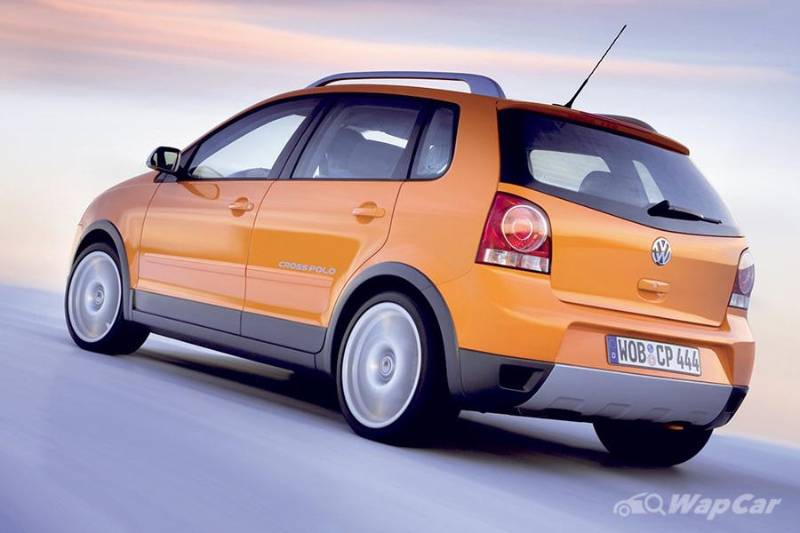 The SX4 – Too early for success?

The Suzuki SX4 might have the S-badge all over but it was also rebadged as a Fiat. The SX4 was a collaborated effort between the Japanese and Italian carmaker and initially, it was only meant for Europe. 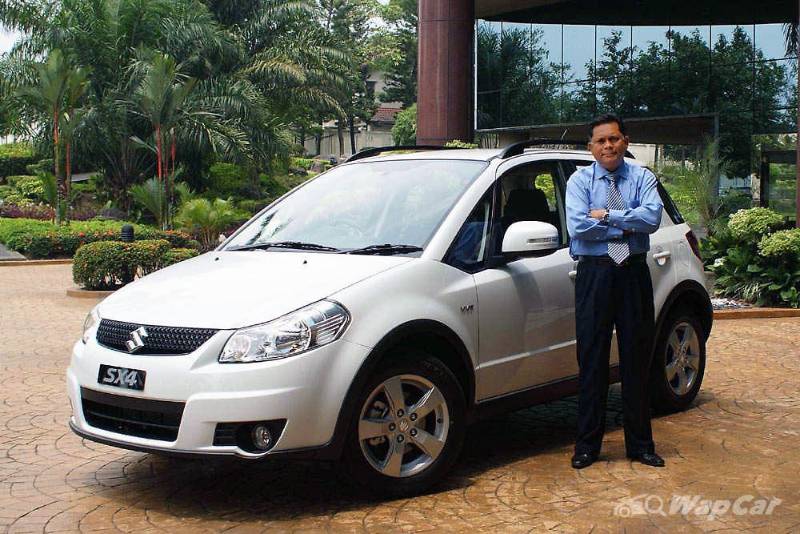 Eventually, it was sold overseas and while the SX4 did come with four-wheel-drive, Malaysians only received the front-wheel-drive model. Fully imported (CBU) from Japan, the SX4 was only available with a 1.6-litre M16A unit shared with the Swift Sport albeit detuned to 102 PS and 140 Nm.

Also read: Looking for a used Suzuki Swift Sport (ZC32S)? Here’s what you need to know 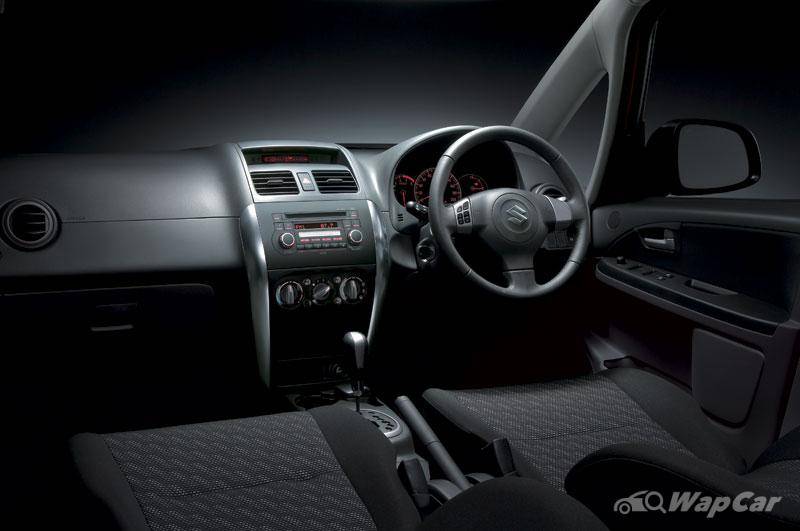 This unit was paired to a 4-speed automatic transmission and was priced from RM 90,000 in 2007. Despite the competitive price, the SX4 never quite reach the popularity of later crossovers though it and the CrossPolo were the first to be sold in Malaysia.

14 years ago, sedans were still top choices among buyers though there was also the short-lived MPV boom. Eventually, Volkswagen would not continue with the subsequent generation of the CrossPolo while Suzuki soldiered on with the SX4 by adding the weirdly proportioned sedan to its line-up and later the second-gen SX4 S-Cross.

A “Style” for the masses 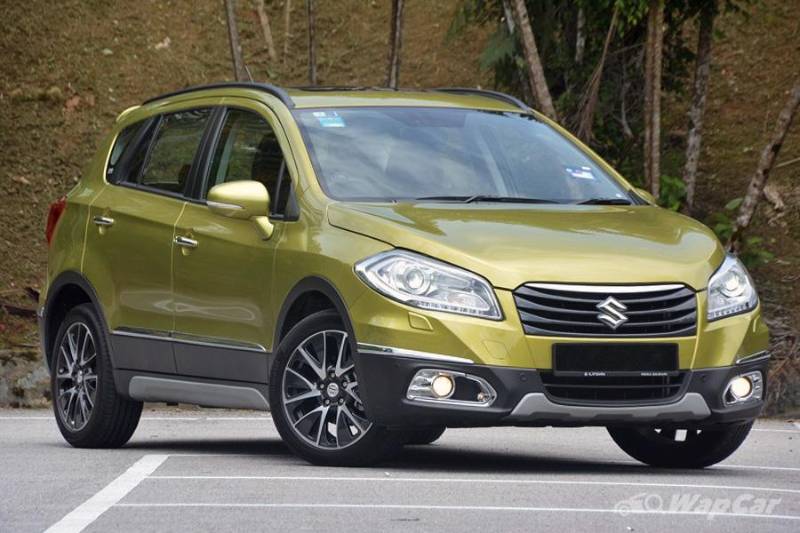 By the time the SX4 S-Cross entered (and quickly disappeared) from the market, the crossover SUV fever had arrived in Malaysia with the Honda HR-V becoming a sensation. 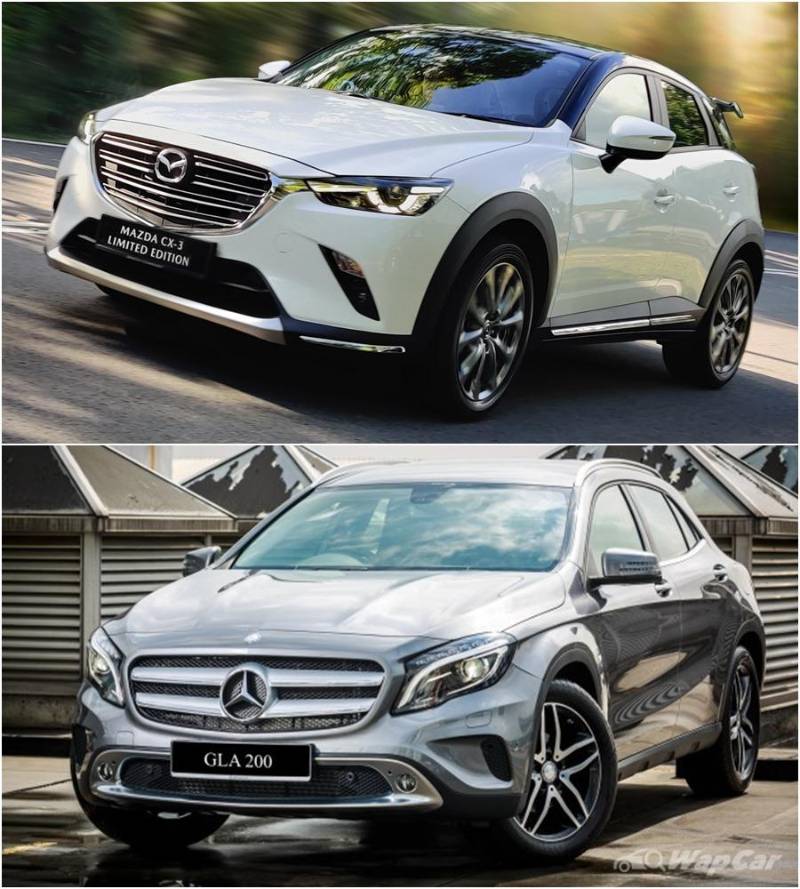 The crossover hatchback would see its return and reached some level of popularity thanks to the Mazda CX-3 and the X156 Mercedes-Benz GLA in the premium market. That will soon trickle down to the affordable entry-level market with Perodua launching the Axia Style in 2019.

Also read: Review: Perodua Axia 2019 Style - Stands out from the crowd, but is it enough? 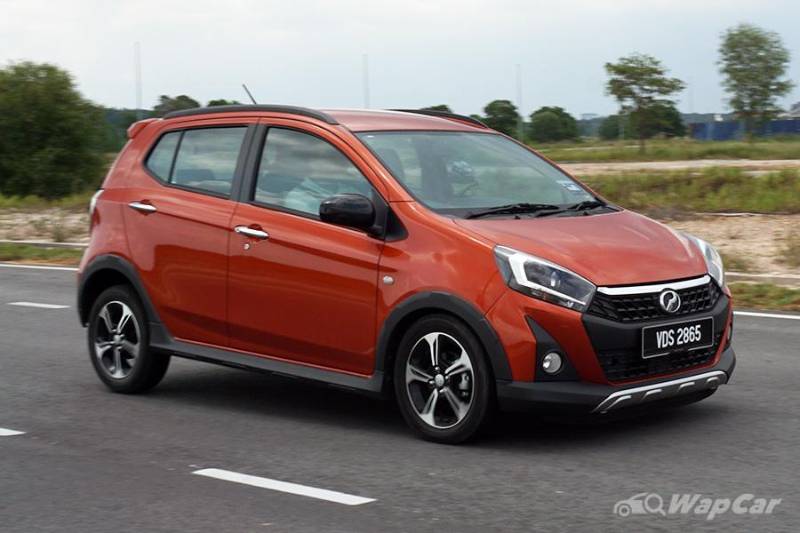 Despite the numerous shortcomings in the Axia Style such as a lack of Bluetooth among other features, the crossover looks prove to be a hit with buyers. It’s not uncommon to see one on the road and even if the additional trims and ride height are purely for show, some brave owners tried traversing muddy terrains in one.

Also read: You should skip the Perodua Axia Style and go for the Axia SE. Here's why.

Eventually, there were rumours that its bigger brother and the nation’s automotive king, the Myvi, would also receive the “Style” treatment. 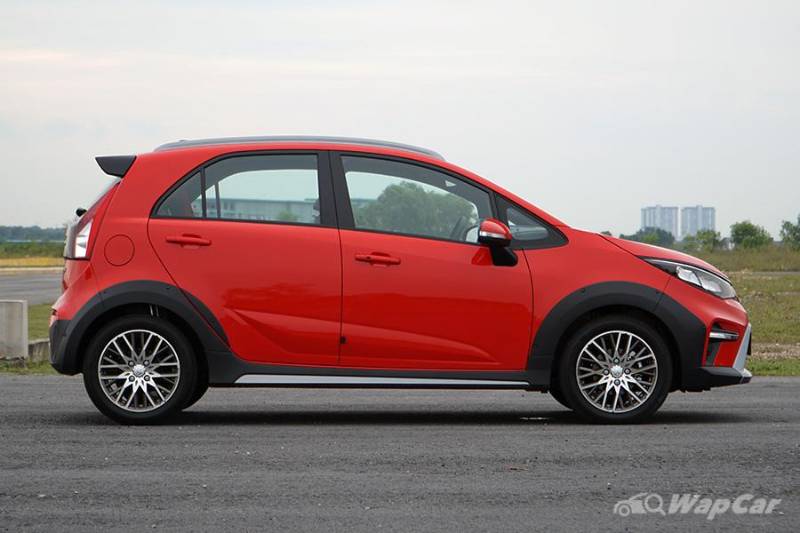 However, it was Proton that went into the market first with the Iriz Active. Unlike the Axia Style, the jacked-up Iriz is the top-of-the-line variant of the Iriz’s line-up featuring 6 airbags and voice command.

Also read: No ADAS but the 2022 Proton Persona and Iriz has one feature every car should have 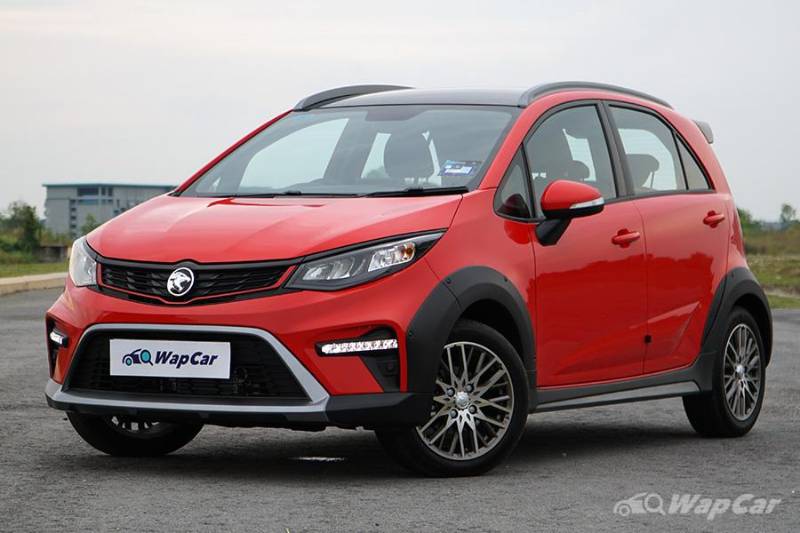 Could this addition finally bring some good news to Proton’s troubled hatchback? Well, it is too early to tell since automotive sales have just restarted but some dealers have said that public interest for the Iriz Active is higher than even the Persona. So, maybe there are some chance of success.

Also read: The curse of Proton’s tiny hatchback trio – Why are the Tiara, Savvy and Iriz slow sellers?