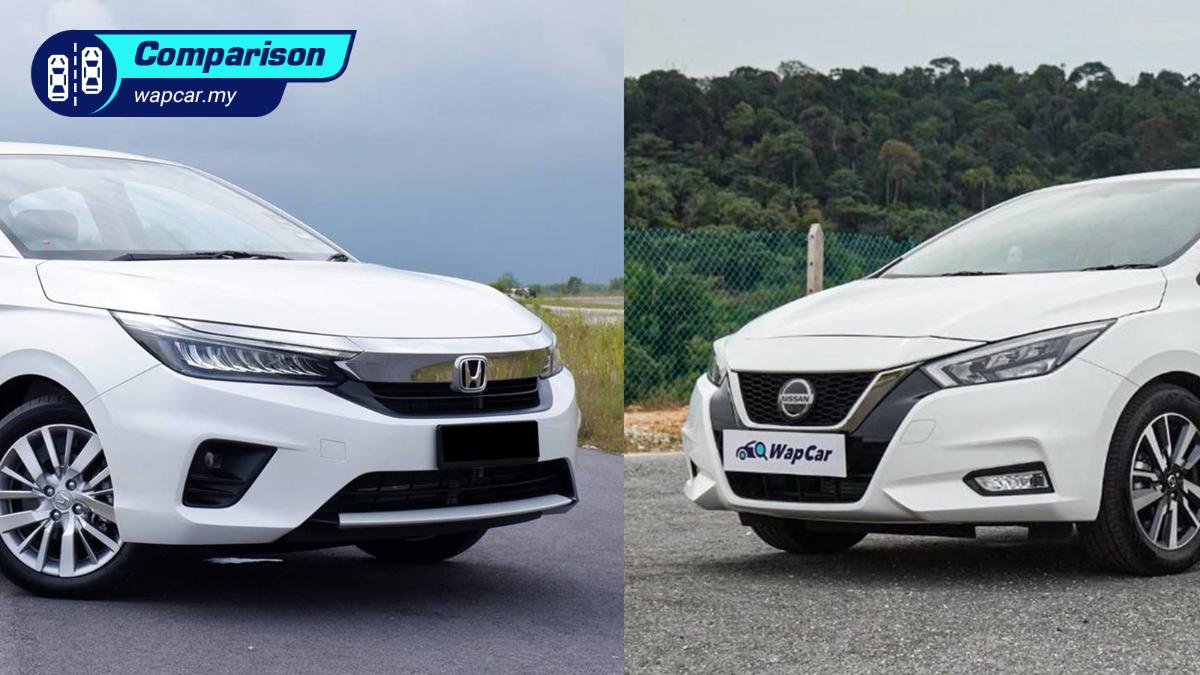 Facts and figures are nice to talk about: an insanely-good fuel-efficiency figure is just as nice to brag about as fast 0-100 times. But what about non-facts and figures stuff, like comfort? That's what we want to measure today between the 2020 Nissan Almera and the 2020 Honda City. 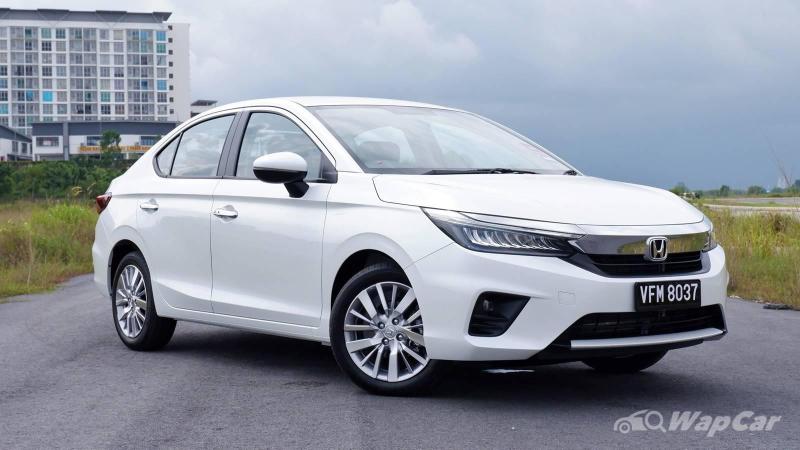 Much can be said about the list of equipments in Honda's latest B-segment sedan - it's certainly not lacking in any aspect. But this article is mostly concerned about how comfortable the car feels. 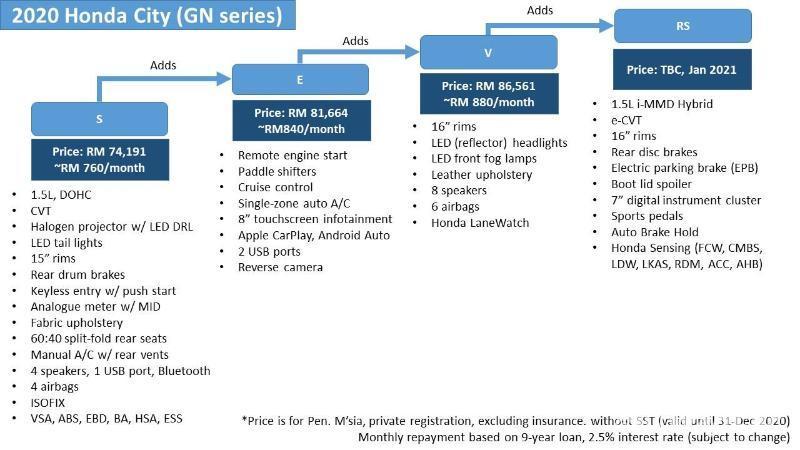 Of course, there's a difference in powertrain between the standard petrol variants and the range-topping RS (to be launched January 2021). Here's how they stack up:

How does the City drive? 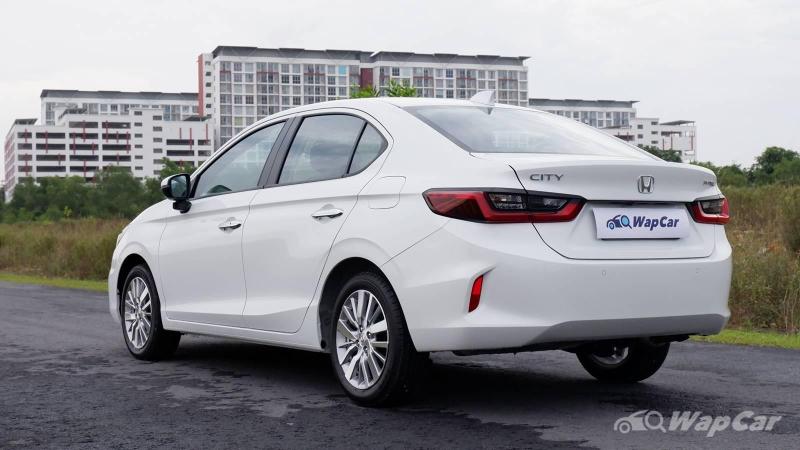 We recently had a go in the City (V variant) and it's the one for you if you're looking for a zippy family car. The steering response is sharp, the throttle response keen - and definitely a nice car to drive be it on straights or on slightly more challenging, twistier roads. 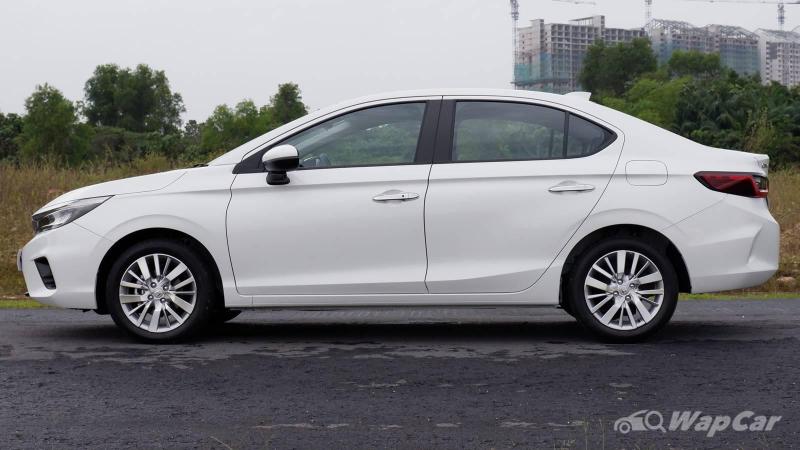 Those are nice to have and all but this isn't meant to be a touge-carver. What it's meant to do is to keep transport your friends and family from one place to another comfortably - which is what we'll be taking a look at today.

How comfortable is it? 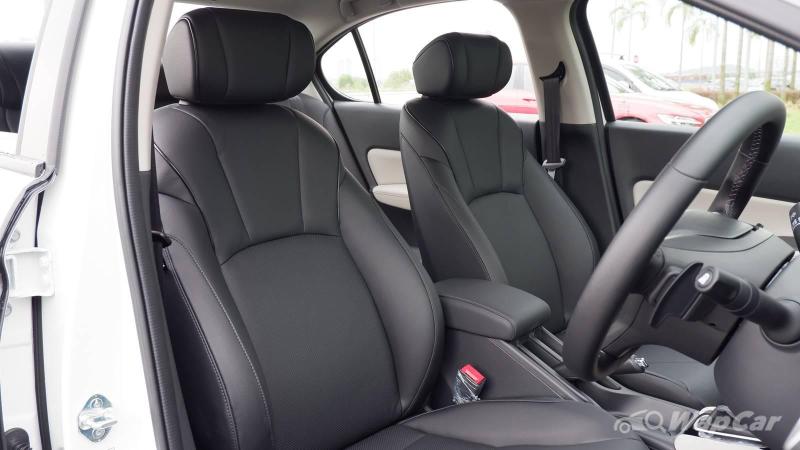 What an improvement the City has made over the last generation (GM6). The ride is more supple than last time and the suspension smoothens out pockmarked roads very, very well indeed but that doesn't mean its wallowy soft - floaty it definitely isn't.

Part of this is due to the dampers which have a very European character to them, very similar to how a Volkswagen Vento feels.

The leather seats support are good, with no odd gaps between the seat base and your thighs (a problem the 2020 Proton X50 suffers from). The leather used on the seat is breathable too, which means your back doesn't really feel too hot from extended drives. Rear seat occupants aren't going to complain much either as the seats are just as nice and supportive as the front ones are. 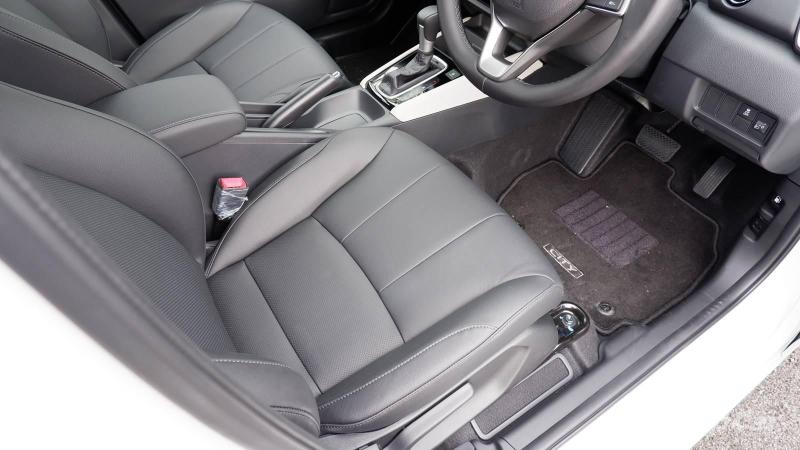 To sum up, the comfort levels of the all-new City is, well, good. Cabin noise averages at around 70 dB at 110 km/h. This is much quieter than before, but the Vios (and Almera) still has a slight edge here. Nothing groundbreaking - it does what it sets out do, and that's about it really. Which brings us neatly to the... 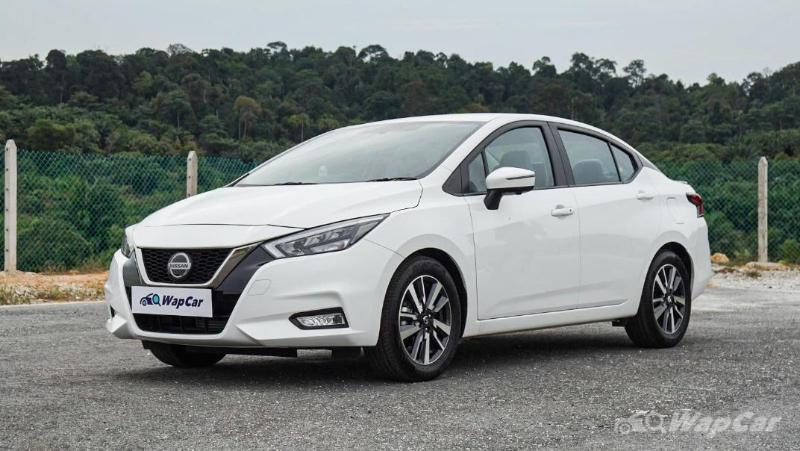 Touted to be the catalyst to Edaran Tan Chong Motor's (ETCM) resurgence in our market is the all-new Almera. It's pricier than the City, so it should be better right? Read on, it may very well be... 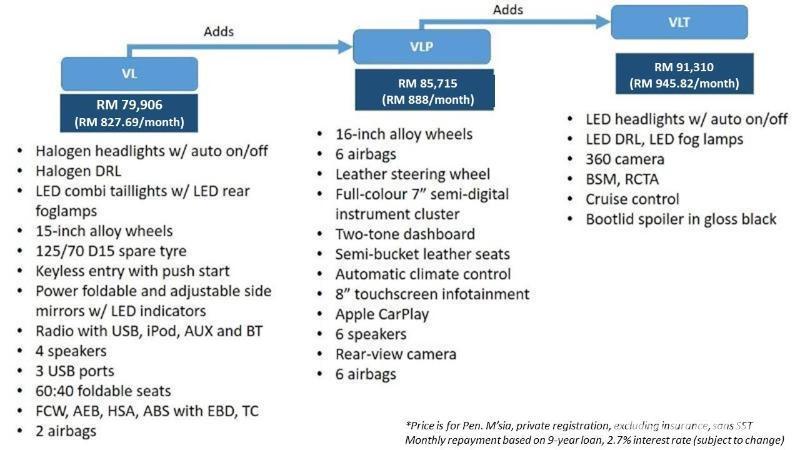 All variants are powered by a 1.0-litre, three-cylinder turbocharged engine making 100 PS and 152 Nm. It's adequate for everyday driving (which we'll reitierate is just what these two cars need to do). It's not going to go fast, but note that most of the torque is available at a low 2,500 rpm - making overtaking a breeze.

How does the Almera drive? 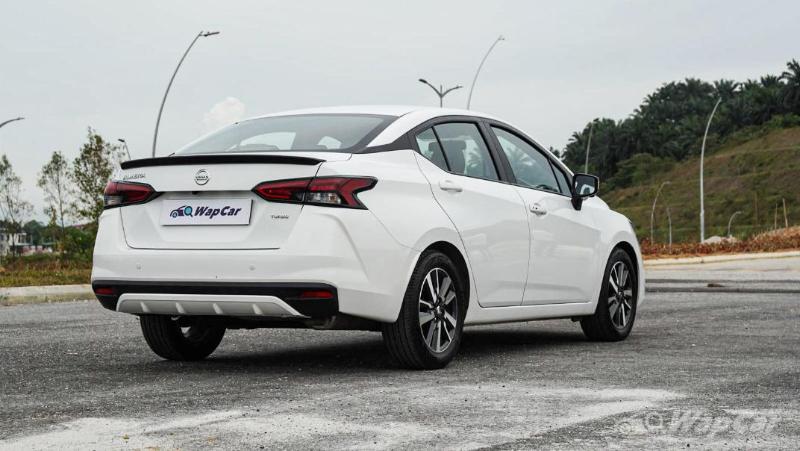 The driving characteristic is also gentler than the City's. Since it's turbocharged (the City is naturally-aspirated), there's lots of low-end torque, which is great for urban driving habits with short burst of accelerations. On the downside, it runs out of puff after 100 km/h or so. 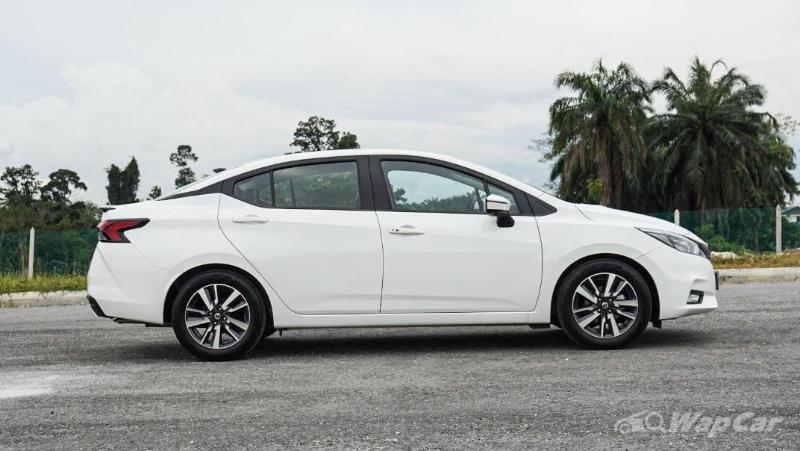 Suspension wise, it's a little firmer than the Toyota Vios but it's certainly far from uncomfortable - bumps are nicely absorbed and the ride is very, very smooth. The Almera's dampers are very nicely tuned, evoking the same 'European car feel' as the City does.

How comfortable is it? 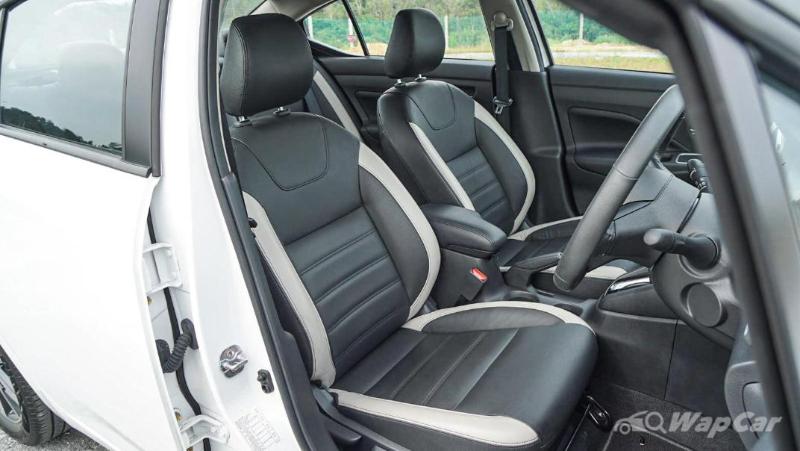 Superb. The Zero Gravity semi-bucket seats (fabric on the base VL, leather on VLP/VLT variants) are certainly no gimmicks. They hug you tight, support is top-notch and are very cushy to sit in - and same goes to the rear seats as well.

However some members of our team did mention that the leather is a bit too synthetic - the non-breatheable trait of the leather tends to result in sweaty backs for some people.

Other than that, Nissan paid attention to refinement - ETCM says there's more sound insulation here than its Thai counterpart. Checks with our trust dB meter confirmed so - the Almera's cabin noise was just 68 dB at 110 km/h, better than the Honda Accord that sits two segments above the Almera, let alone the competing City (70 dB at 110 km/h).

Conclusion - who's your winner? 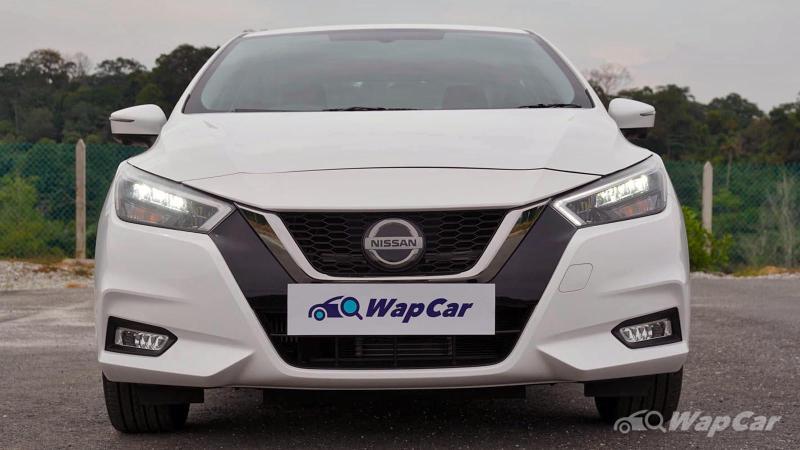 In our books, the Almera takes this one, since it offers C-segment-like comfort with a B-segment price tag. But is it yours?

This is where your say matters - it's WapCar's inaugural Car of the Year Awards and we want your vote! We've got tonnes of content and votes you can participate in, so why not start by letting us know which one you prefer between the Honda City and Nissan Almera? Vote now!