While performance and speed are traits that we as petrolheads readily embrace, the reality is that as a daily, we would much rather go for something comfortable. Would you rather walk on some uncomfortable clogs over a pair of pillowy loafers?Unlike the clothes we wear, there is something else that is of concern especially when buying a car – reliability. So, for this article, we’re choosing used cars that excel in providing a comfortable ride all without blowing your bank account on

What if I told you, that you can buy a plush, comfortable and fairly modern Japanese car for less than RM 17,000? One thats far more comfortable than the equivalent Honda Civic or Toyota Corolla Altis. The Nissan Sylphy is one such car, when depreciation works in your favour. But which is the Sylphy for you? Lets find out.Which one to get?G11-generation Nissan SylphyThe Nissan Sylphy sold for 2 generations in Malaysia, the earlier G11 (2008 - 2014) and the later B17 (2014 - 2017). Weve taken the

Nissan initially plan to launch Nissan Kicks and Almera by this year Introduce new e-Power hybrid technology to the market Plans delayed, possible 2021 launch insteadAccording to Headlight Magazine, Nissan was set to launch a new subcompact SUV called Nissan Kicks e-Power in Thailand at the 41st Bangkok International Motor Show (BIMS). However, no thanks to the COVID-19 pandemic, the show (and everything else) had to be postponed.Nissan KicksImage by Headlight Magazine.As we all are aware, majo

Nissan has unveiled the 2021 Nissan Sylphy e-Power hybrid for the Chinese market, further expanding the powertrain options of Chinas bestselling sedan to include internal combustion, hybrid and all electric versions (previous B17 generation).Nissan’s e-Power system utilizes a combustion engine that acts as a generator to recharge the lithium-ion battery pack when necessary.As opposed to the common parallel-type hybrids, where the engine can both drive the wheel or charge the battery, or bo

Read More
Nissan Sylphy
How does the Honda Civic continue its rise when rivals like the Preve, Lancer, and Sylphy failed?

Honda has just only unveiled the all-new 11th-gen FE Honda Civic not so long ago. Though some might not like its more matured looks, the all-new Civic will no doubt continue to be a sales success.Even as sales of sedans dropped in many markets around the world, the Civic continued its rise and this is clearly seen in Malaysia. Though it still has some competition in the form of the Toyota Corolla Altis and Mazda 3, the C-segment sedan market is diminishing in choices.The resale king of its class

Lets face it. Unless your car is a rare piece of machinery, it will depreciate. This is why, for many people, resale value is as important for car buyers as the cost of maintenance.While there are some myths about resale value that are pretty much busted, there is still a prevailing perception that some buyers won’t choose certain brands because of how bad their resale value is.Trade in Users Car FormFor this article, we’ll be taking a look at a few notable C-segment sedans including 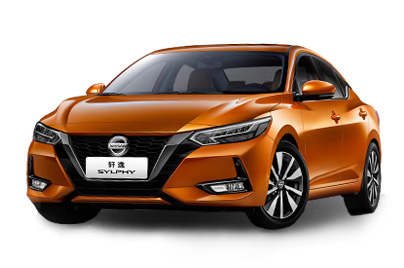