HomeNewsMeet the kawaii Kei sports cars of the nineties

Meet the kawaii Kei sports cars of the nineties 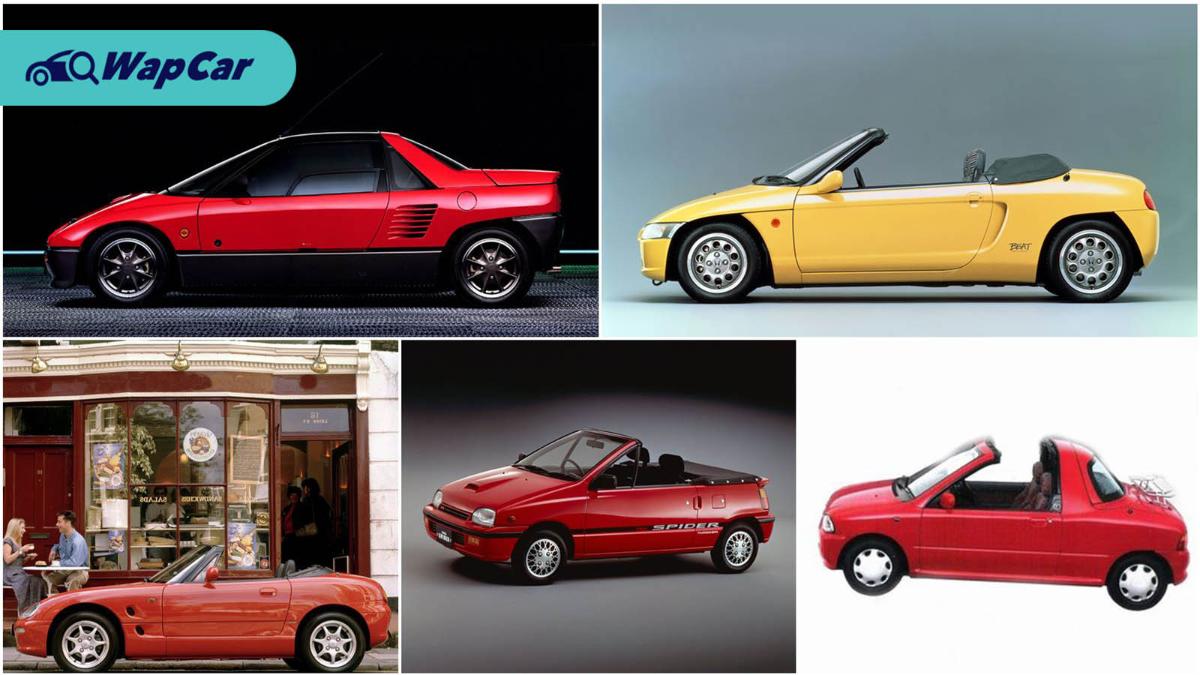 Kei cars are some of the most fascinating segments of cars. Yes, they are restricted to certain regulations but the Nineties saw an explosion of some unique little sports cars.

Ever since it was introduced in 1949, keijidosha or Kei cars are meant to be the Japanese people’s car and are strictly regulated, from the length of the car to the size of the engine. 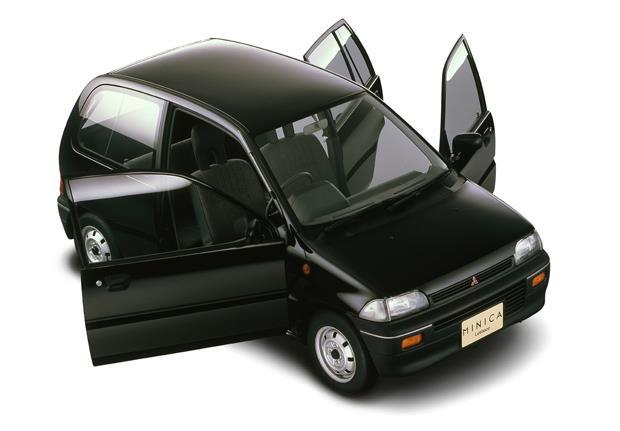 In 1990, Kei car engine regulations were increased to 660 cc with a maximum output of 64 PS. Coincidentally, Japan saw itself rising economically, creating a period known as the Bubble Era which saw the rise in Japanese technological innovation, especially in the car industry.

As we have written before, some weird cars were introduced during this era. The little Kei cars weren't immune to this major change either. 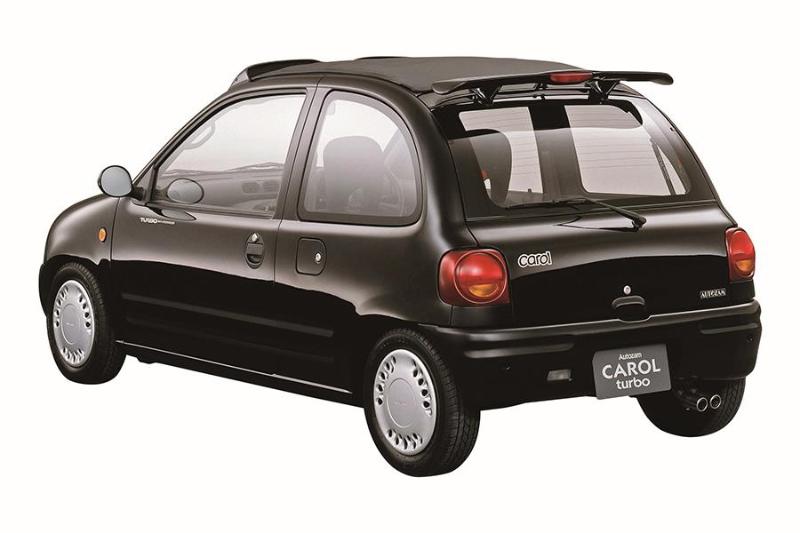 While most people may recognise three of the five cars I’m featuring, I find all five to be pretty significant to the modern Kei sports car philosophy. They are the Autozam AZ-1, Honda Beat, Suzuki Cappuccino, Daihatsu Leeza Spider, and Subaru Vivio T-top. 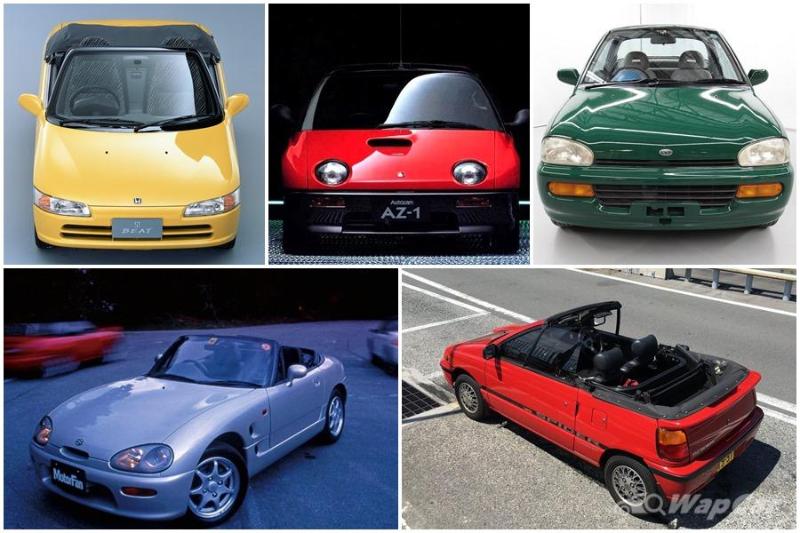 These five sports cars took advantage of both the larger engine regulations as well as the bubble economy. All five have the same engine capacity – 660 cc with an output of 64 PS but that’s where the similarities end. 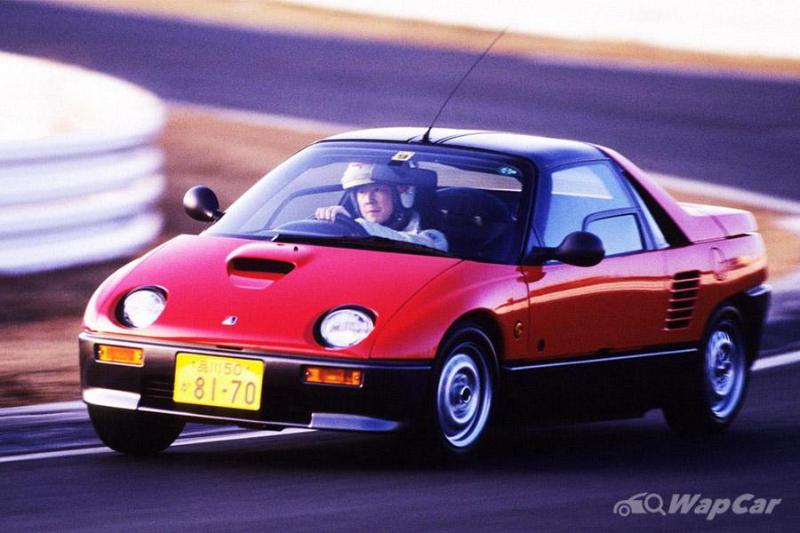 Let’s start with the AZ-1. It was built by Mazda and badged under Mazda’s new but eventually, short-lived marque. The Autozam brand was supposed to focus on smaller city cars and Kei cars. The engine was sourced from Suzuki that was located in the middle and mated to a 5-speed manual gearbox powering the rear wheels. 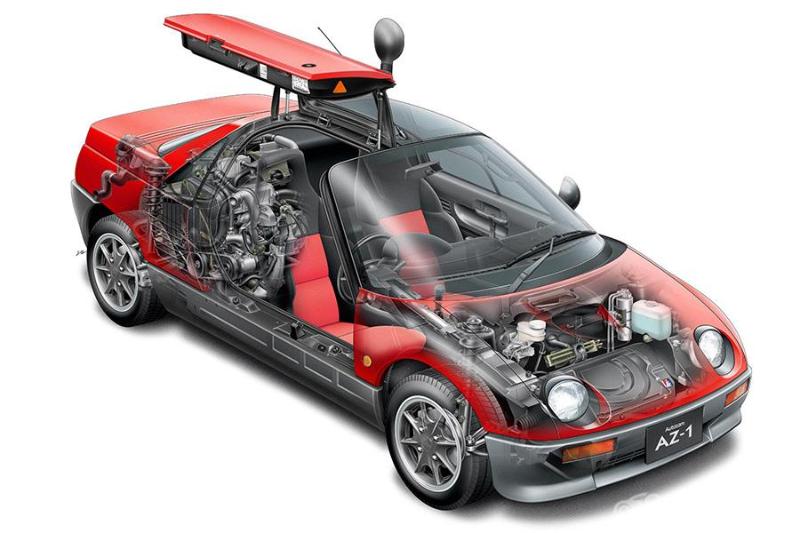 Then, there are the doors! Like the Sera, the AZ-1 had amazing gullwing doors that made it look very futuristic. The AZ-1 was also badged as a Suzuki called the Cara. Unfortunately, the AZ-1 was one of the rarest among the Kei sports cars with less than 5,000 made throughout its 3 years of production. 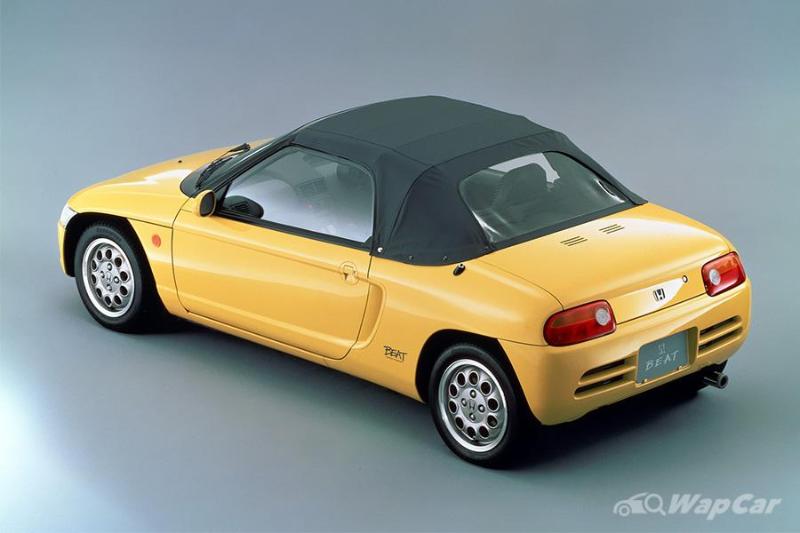 Next up is the 'midship amusement' that was also the last car to be approved by Soichiro Honda before he passed away. The Honda Beat was probably the most fun-to-drive among the Kei sports cars. It even had zebra-patterned seats! 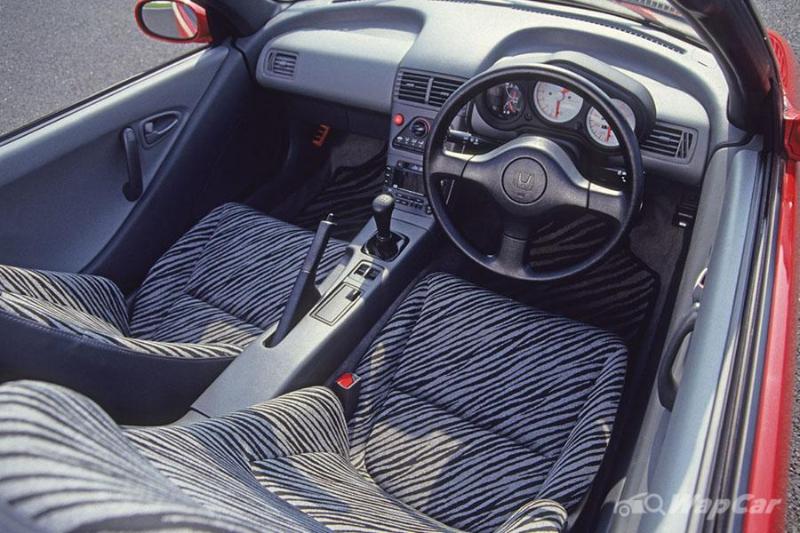 Under the hood, or to be precise, in the middle of the Beat is a transversely mounted 660 cc engine powering the rear wheels. As it was more driver-focused, only a 5-speed manual was available. It also became the best-selling among the Kei sports cars with around 33,600 sold from 1991 to 1996. 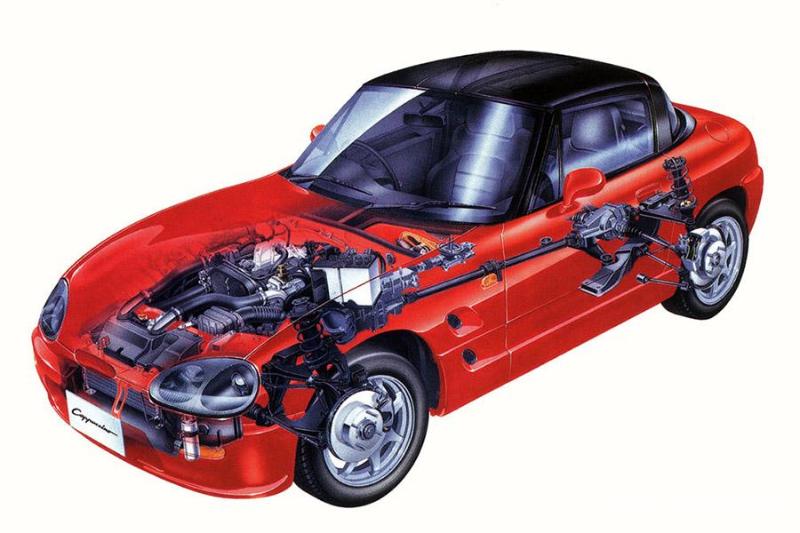 Technically, Suzuki would have two entries here, both of which begin with ‘C’. But let’s shine the spotlight onto the Suzuki Cappuccino. The Cappuccino was the most conventional-looking (and cutest) of the Kei sports cars. 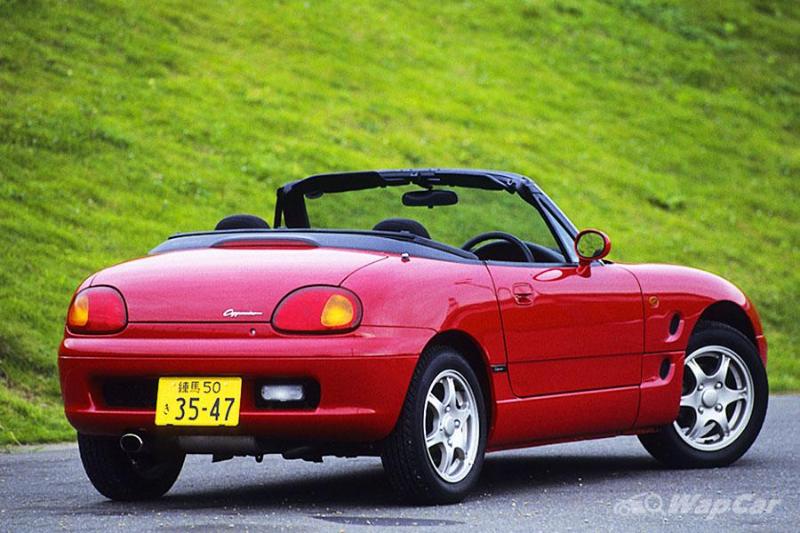 It came with both a four-speed automatic and a five-speed manual. Like the AZ-1 and Beat, the Cappuccino was also mid-engine and rear-wheel-drive. With 28,010 sold, the Cappuccino was a decent success. It was the longest in production too, being built for 7 years between 1991 and 1998 and was even sold officially in the UK and some European markets, making it the only one to be sold officially overseas. 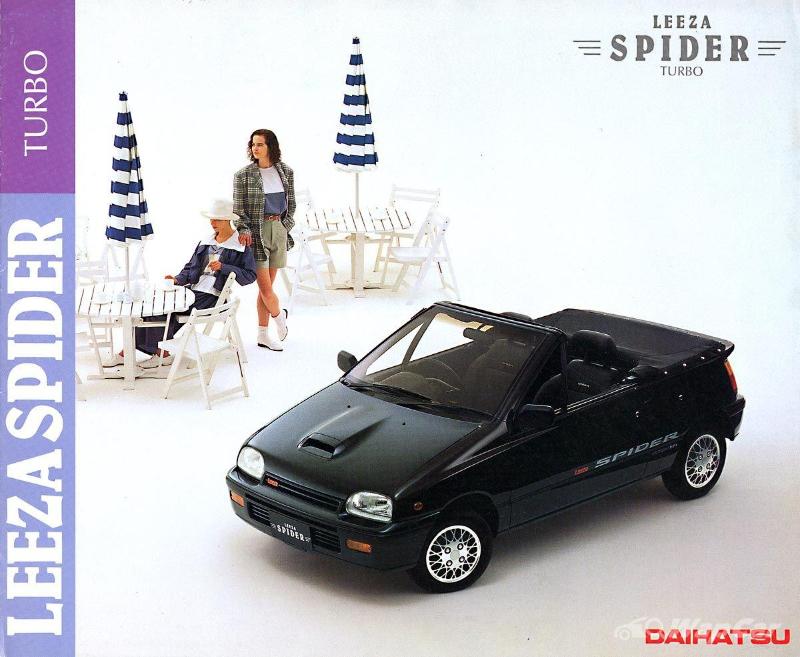 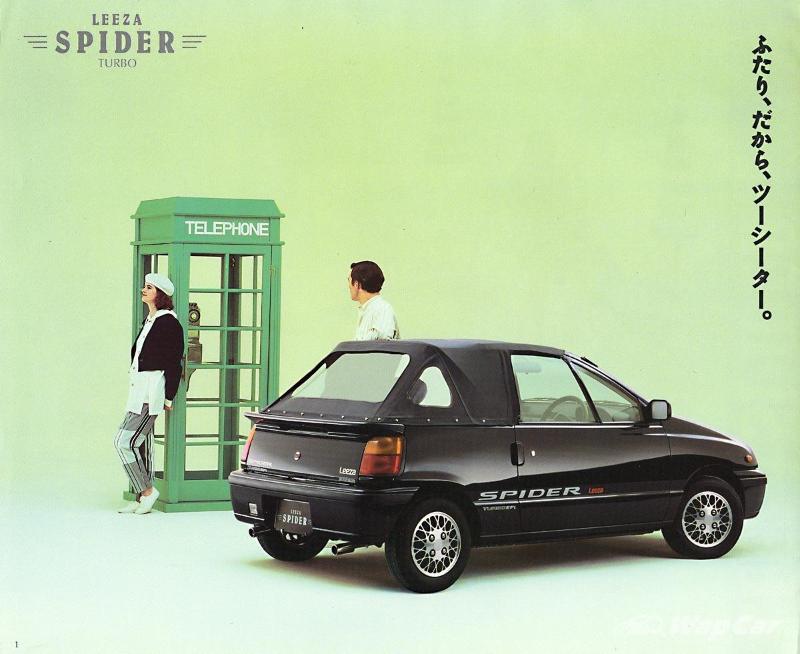 It was one of the first Kei cars launched with the new regulations in 1990. It even had turbo! Except since it was front-wheel-drive and front-engined, many would dismiss it from being a proper sports car compared to the previous 3. 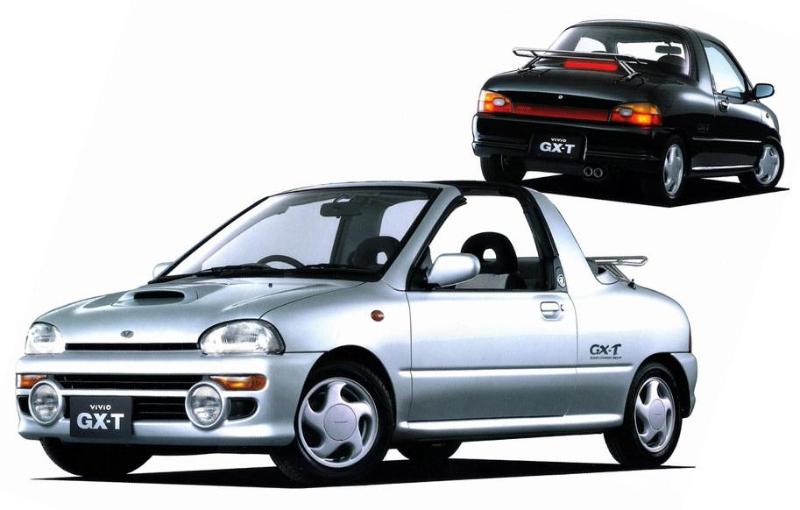 If that’s the case, perhaps the Subaru Vivio T-top might be considered as a niche sports car. It has a cool Targa top body style that was built by Takada Kogyo which also built the unique Nissan Silvia Varietta. 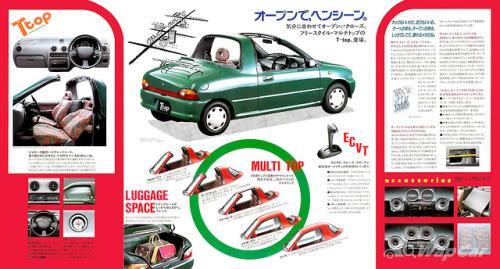 Unlike the rest, it was powered by a 4-cylinder engine instead of a 3-cylinder, albeit with the same 660 cc capacity. It did came with a supercharger but the output was limited to 64 PS to keep it under Kei car regulations. 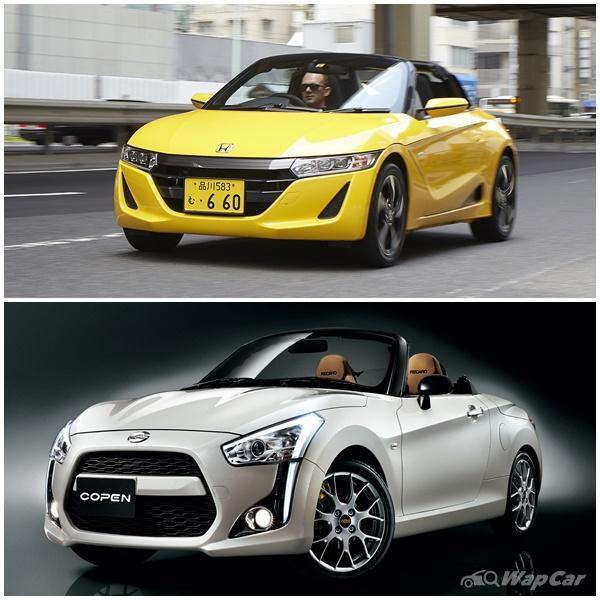 While the Japanese bubble economy ended with a bang, the kei sports car philosophy never died thankfully. Modern successors like the Daihatsu Copen and the Honda S660 might not be possible if it weren’t for these five lil’ kawaii sports cars from nearly 30 years ago.