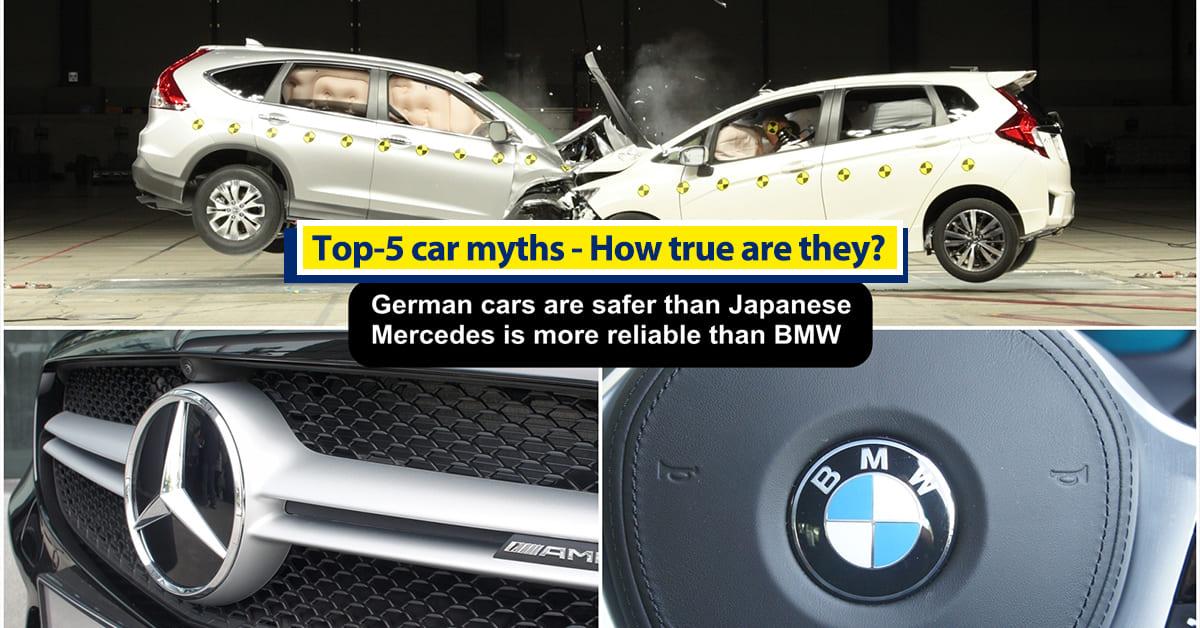 Despite what classical economomic theories say, consumers are not the logical, rational, always calculating beings that the likes of Adam Smith say we are. We all have our own biases and prejudices and there is often very little logic behind our purchase decisions. It's exactly why the advertising industry is so big.

Korean cars are bad. German cars are better than Japanese ones. CKD cars have lower quality. How many of these stereotypes/myths are true?

Not true, not even close. A quick look at Euro NCAP's highest scoring cars will tell you that German brands don’t often rank at the top. It’s the same with USA’s IIHS.

Both organizations have different test criteria and scoring methodology, so the results will vary but generally, Volvo (Sweden), Subaru (Japan), Mazda (Japan) rank very high and it is safe to say that models (most, not all) from these three brands are among the safest in the world.

Some swear that German cars are safer because they use thicker gauge steel and their doors have a very solid feel to it. But vehicle safety is a lot more complicated than that, and that ‘solid German car door’ feel is just a matter of a manufacturer’s preference on how the door hinges are setup – whether its angled to make the doors feel heavy or lighter. Japanese manufacturers prefer the latter to better accomodate elderly users/children. 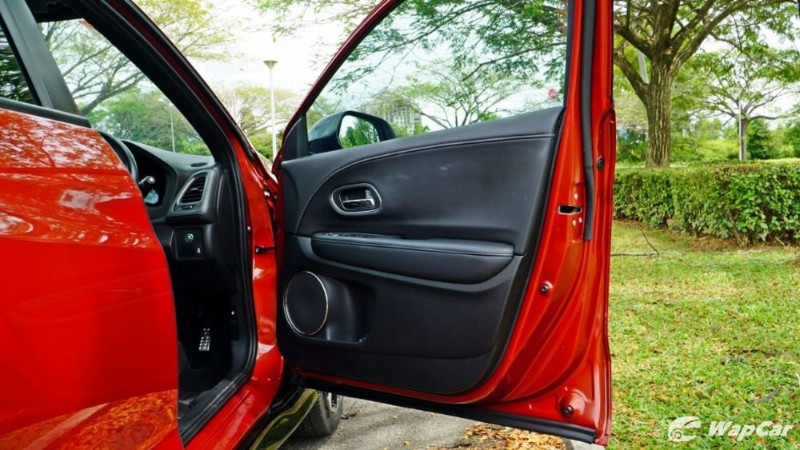 The solid door shut sound is also just a matter of using the right rubber seals along the door. How the door shuts has little to do with how safe the car actually is.

Also, most German cars are higher-end models and obviously these will have more safety features than a budget Japanese/Korean car. So it’s more about the class of vehicle rather than the manufacturer’s country of origin.

By the way, Honda engineers all its small cars to withstand impact from bigger SUVs. Here’s a demo done in 2015, with the Jazz and CR-V. Honda calls it Advaned Compatibility Engineering (ACE).

Most car companies only do single car crash scenarios. Apart from Honda, the next closest companies that do multi-angle, multi-size, car-to-car collisions tests are Volvo and Mercedes-Benz. Toyota also does this, but not for every model.

Think German cars have superior engineering? Nearly every feature that you see in a premium German car today is either already introduced in Japan more than 20 years ago, or was first pioneered by the Japanese.

Yes, German car makers make very good cars, but it will be stretching the truth to say that they are better than the Japanese or Koreans. German brands are mostly aimed at the premium segment so they invest a lot in branding, thus giving you the impression that 'Vorsprung durch Technik' is an allure exclusive to Deutschland, but in truth they are just better at marketing themselves.

Korean/Japanese cars are usually aimed at the masses and their cars are a reflection of their customers’ demands rather than lack of ability. 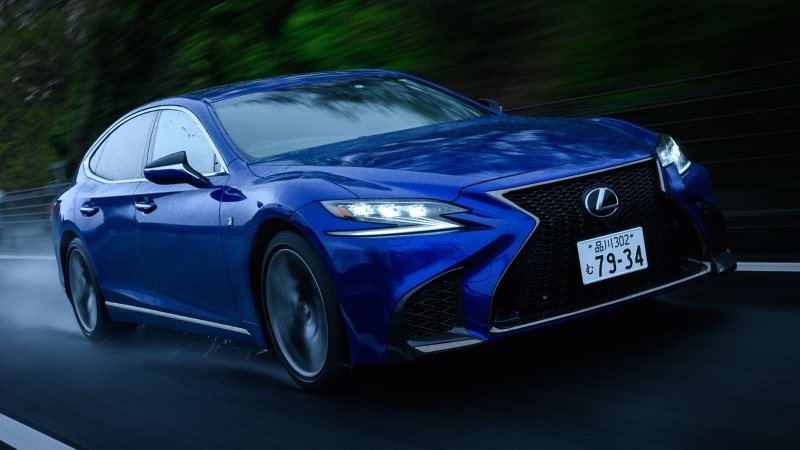 Lexus and Genesis are already putting many German brands back at their place but it will be a while before consumers see them as equal. You can't expect to overtake Mercedes-Benz's 130 plus years of heritage with just a few generations of excellent cars.

The current generation Mercedes-Benz engineers no longer know how to tune comfortable suspension without resorting to expensive air or adaptive suspension.

Nearly every BMW, irrespective of suspension option, has better ride and handling than a Mercedes-Benz but never mind a BMW, because even a Toyota Camry is now more comfortable than a C-Class, with better handling too.

4. Mercedes-Benz is more reliable than a BMW, Korean cars are unreliable

Not true. The image of indestructible Mercedes-Benzes might be true during your father/grandfather’s era, but these days, the difference is not a lot. Plus, today’s BMWs are no longer as fragile as the ones from the ‘90s.

Underneath every BMW/Mercedes-Benz are a collection of parts that are made by the same group of German suppliers - big names like Bosch, Continental, Schaeffler, ZF, Getrag, etc.

Although word of mouth tells a different story, there’s little data to conclusively say that a Mercedes-Benz is more reliable than a BMW. 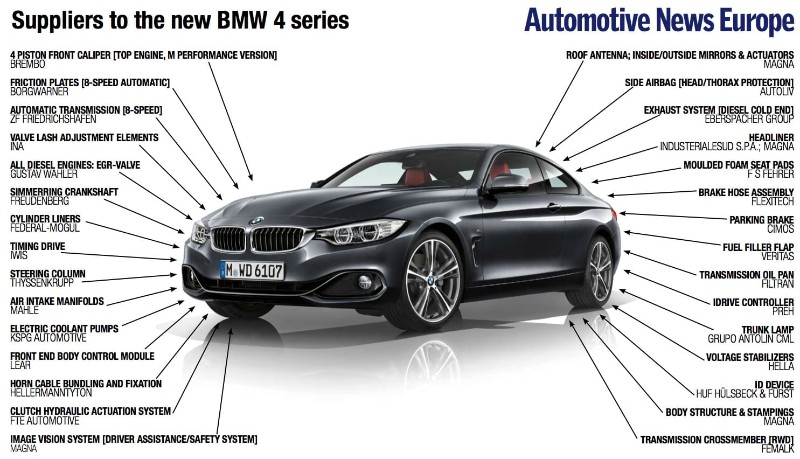 To speed up development and to control cost, German car companies no longer make as many components in-house as before. Instead, the likes of Bosch/Continental to take the lead in R&D, before selling their designs to the car manufacturers. This allows manufacturers to shorten development time and stay ahead of the technology curve, crucial if you are a premium brand.

Today’s German car manufacturers operate more like a systems integrator. The customer is paying for the brand’s prestige so these companies will only focus on bits that the customer sees. For everything else, the basic design and engineering is led by suppliers. 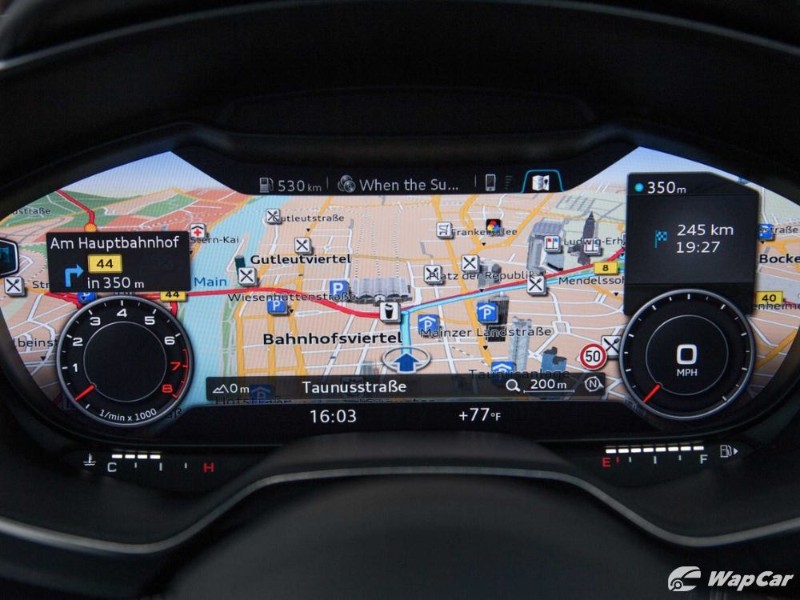 This also explains why Audi/BMW/Mercedes-Benz are all introducing large screen format digital instrument panels at more or less the same time. It's the same story with NFC digital key for smartphones. Because the same supplier is pushing out these solutions to every German car maker, all of whom are eager to buy.

Isn’t that what the Japanese/Korean do too you ask? Yes, but in a slightly different way.

Asian manufacturers believe in self-reliance, even if it means that they can’t introduce new features as fast as the Germans (work is slower if you insist on doing everything yourself). They will come up with the design themselves and get their suppliers to produce it.

Asian manufacturers insist on holding full control over the intellectual properties and to have a deep understanding of the basic knowledge behind every car-related tech - something about Confusian values of determing your own future and taking the harder route to secure knowledge. 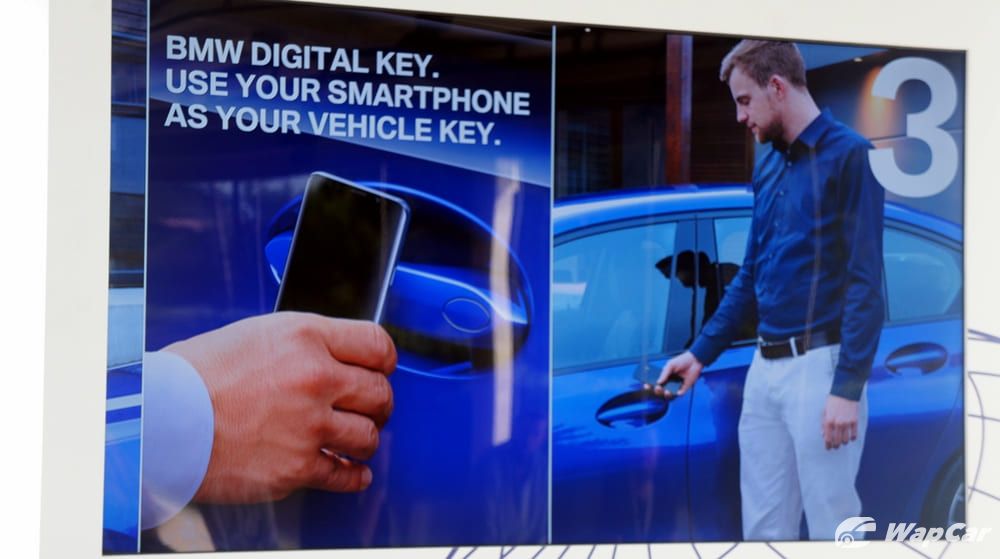 It's also why Lexus will never have the kind of inconsistencies seen in BMW's integration with smartphones - the infotainment only supports Apple CarPlay but the NFC smartphone digital key feature supports only Android devices. It's classic example of integrating modules developed by different parties, each having a slightly different approach.

Toyota and Honda for example, manufactures even the most complex hybrid components either in-house or at a joint venture controlled by them. This way, they have a deeper understanding of the technology and are able to exercise stricter control on cost, quality, and future improvements.

Even if it’s farmed out to a supplier, it will be to one that has deep ties with the car maker, Toyota and Denso for example, or Hyundai and Mobis. 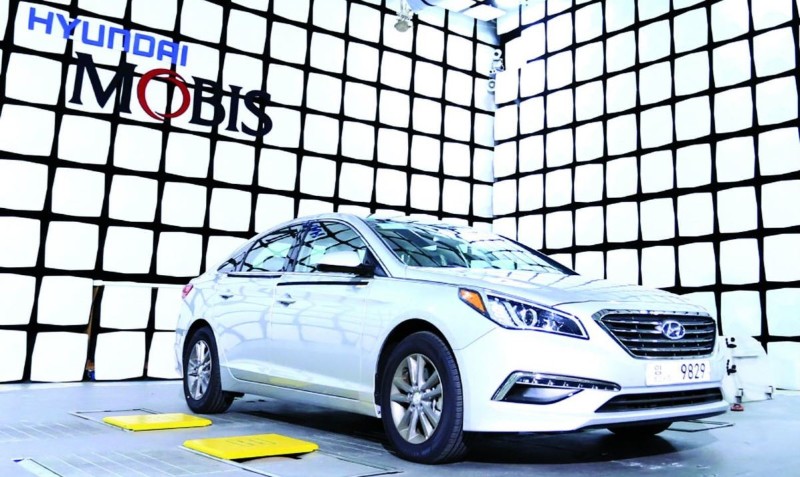 The image of Korean cars being unreliable and suffer from high fuel consumption is also no longer accurate. The Hyundai-Kia group now makes some of the best cars in the world, and the latest Genesis range are proof of that.

In fact, some reliability index have even gone as far as saying that Genesis has overtaken Lexus in terms of quality and reliability. Today’s Hyundai/Kia are no less reliable than a Toyota/Honda. In fact, these new generation of Korean cars might be even better. 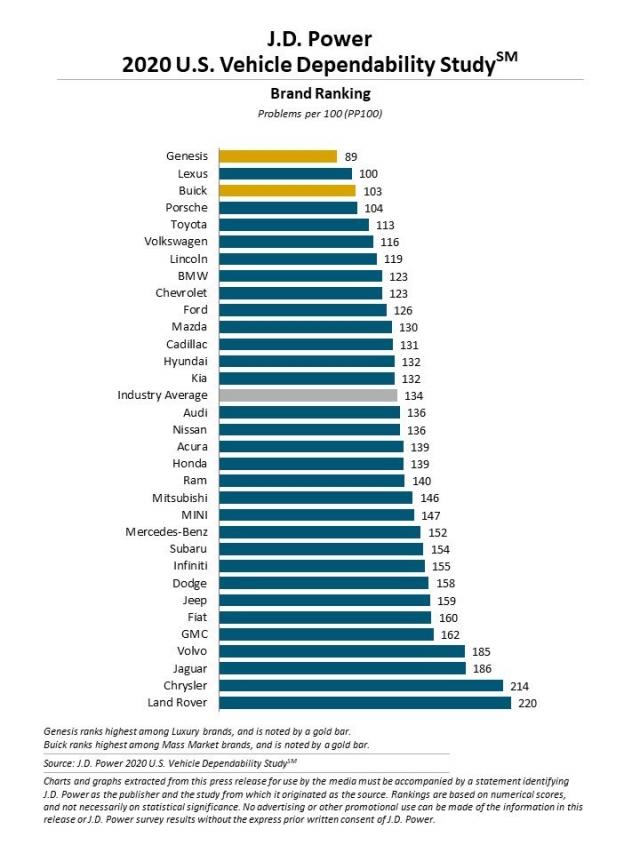 While there's little doubt about Hyundai/Kia's product excellence, the competitiveness of Hyundai Sime Darby Malaysia and Naza Kia Malaysia is another matter.

5. A Mercedes-Benz C-Class/BMW 3 Series is a C-segment car, can’t be compared to a Toyota Camry/Honda Accord

Absolutely not true. The explanation below by the European Commission should end any debates. There is no argument about it. A C-Class/3 Series/A4 is a D-segment sedan.

Local internet communities have a tendency to shout down anyone who associates a D-segment sedan to a compact executive sedan, insisting that the latter is a premium C-segment car, which is wrong because that's where the A-Class/1 Series sit.

In the '90s, a 3 Series/C-Class was often mentioned in passing with the Ford Mondeo/VW Passat but by the 2000s, the market has expanded to include a lot more rivals. To maintain editorial focus, the motoring media coined the term compact executive sedan.

This term was never accepted by the ACEA (European Automobile Manufacturers Association), which continues to report sales of these 'compact executive sedans' under the D-segment, but that's OK because it makes reviews a lot simpler. 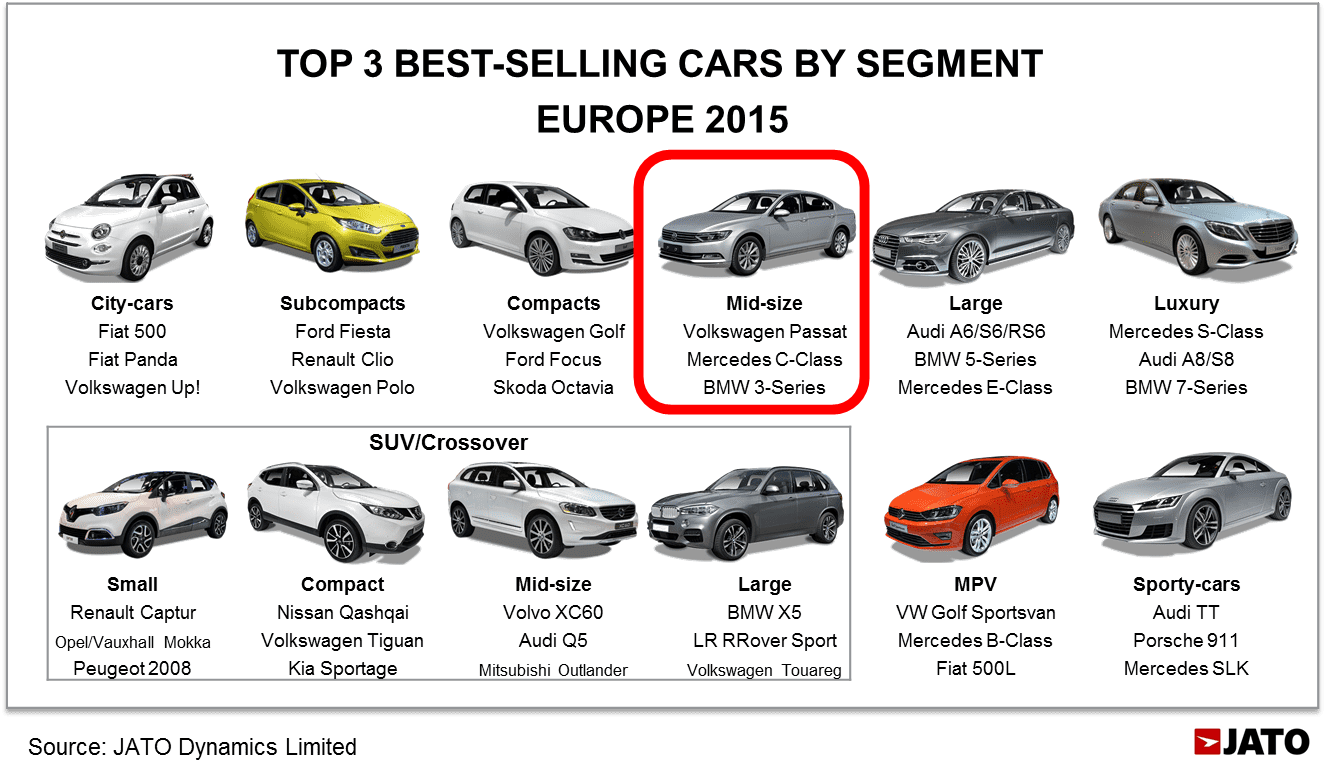 So can you compare a Toyota Camry/Honda Accord/VW Passat against a Mercedes-Benz C-Class/BMW 3 Series? Yes, the two are not direct rivals, but they fall within the same shopping basket, so to speak.

So there you have it, car myths and stereotypes that are no longer true in 2020. 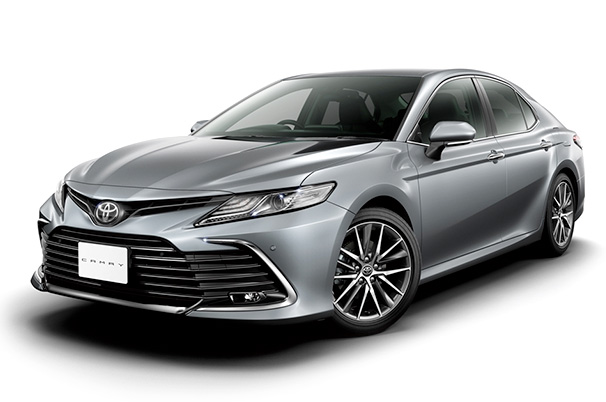