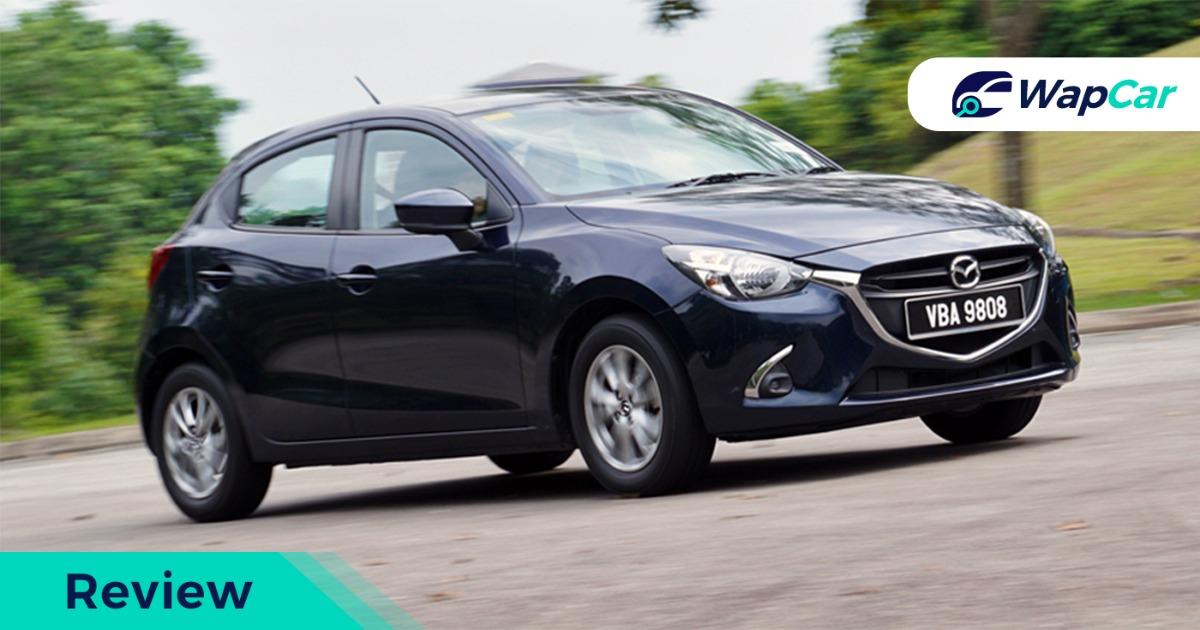 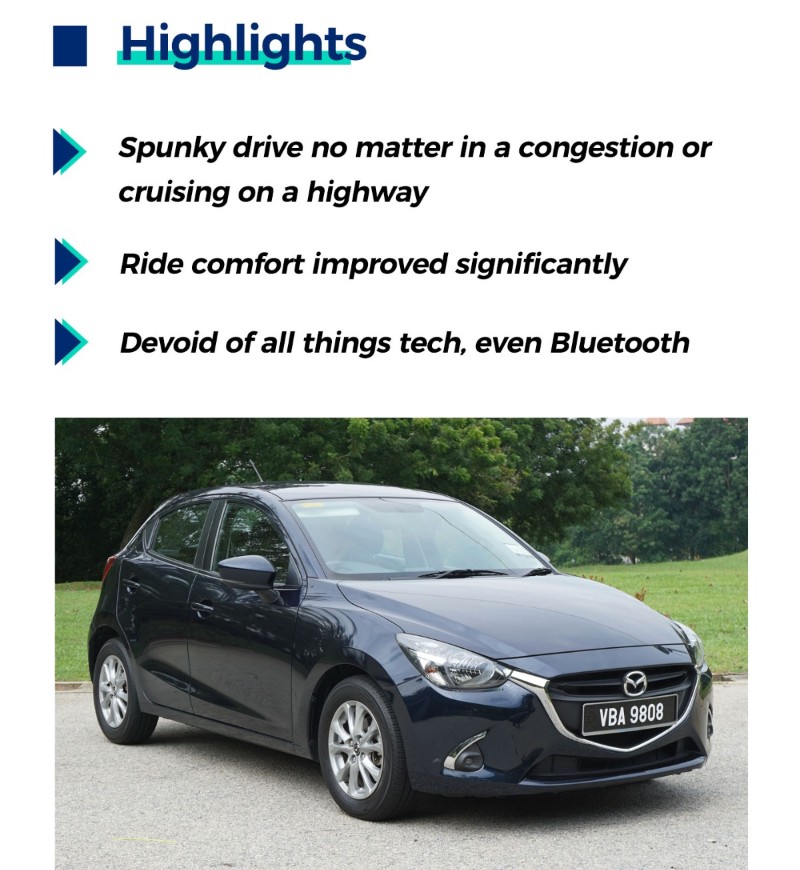 What you're looking at on this page is the Mazda 2 Hatchback Mid. The lower and more affordable Mazda 2 was introduced when Bermaz Motors introduced the facelift with G-Vectoring Control version to our shores.

With the 2 Mid, you lose all of Mazda's infotainment system that you get on the higher spec car like the MZD Connect, the touch screen display and even the head-up display.

The higher spec Mazda 2 is priced at RM 94,670 without the signature Kodo Red, this puts the 2 Mid you see here at least RM 18,000 less than the top spec variant. 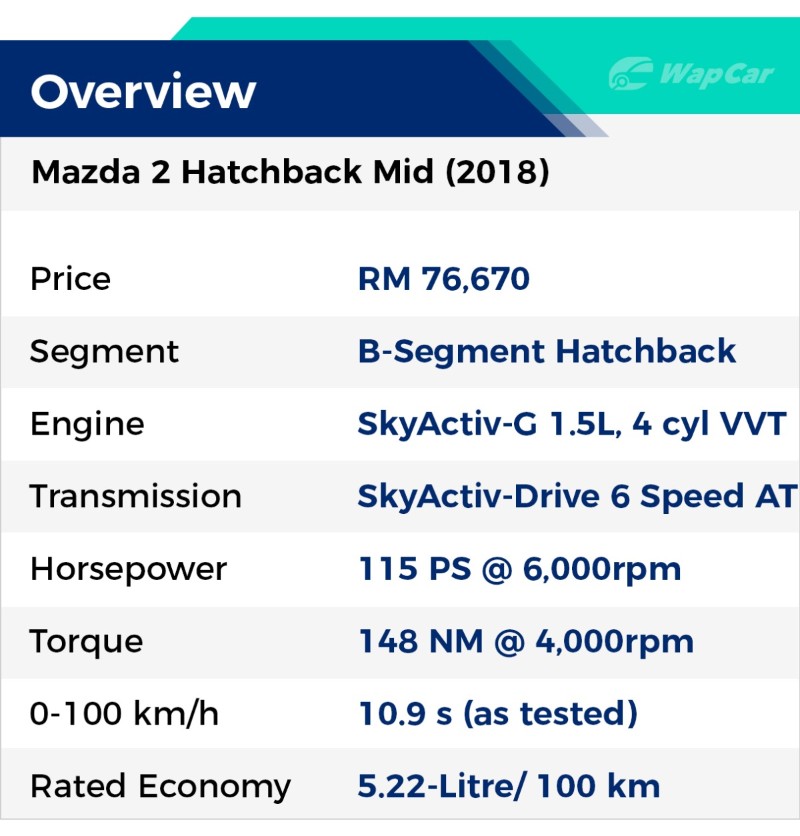 Just like the lowest spec Honda Jazz, the Mazda 2 Hatchback Mid is comparable to that of the Perodua Myvi and Proton Iriz. It’s a tough call between paying RM 20,000 more for a car devoid of equipment but for the 2 HB Mid, we think it’s well worth it. 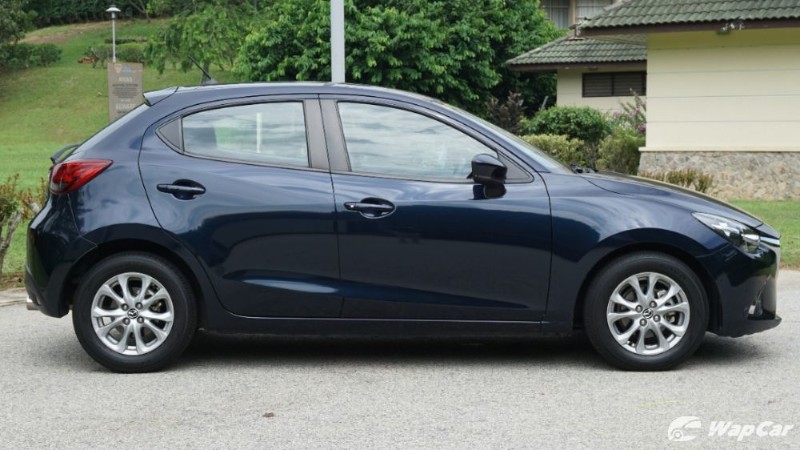 Being the lower variant of the model, it is not a surprise at all that the car runs on halogen headlights. Likewise, the daytime running lights, combination tail lights and rear fog lights all run on bulbs. Surprisingly though, the front fog lights are LEDs.

When it comes to the build, Mazda shows off their consistency by keeping things constant all the way through. 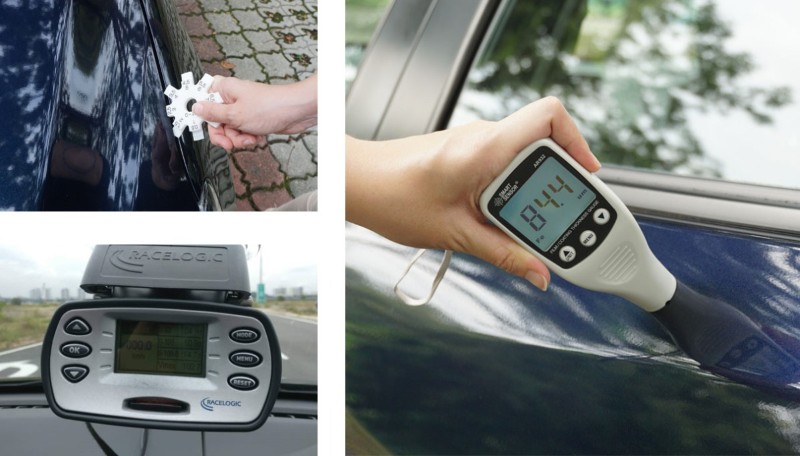 Panel gaps around the car average out at 3.5 mm with the widest at 4 mm and narrowest at 2.5 mm on the right fender.

While paint quality is equally constant throughout the car body as well ranging from the mid-80s to the mid-90s. 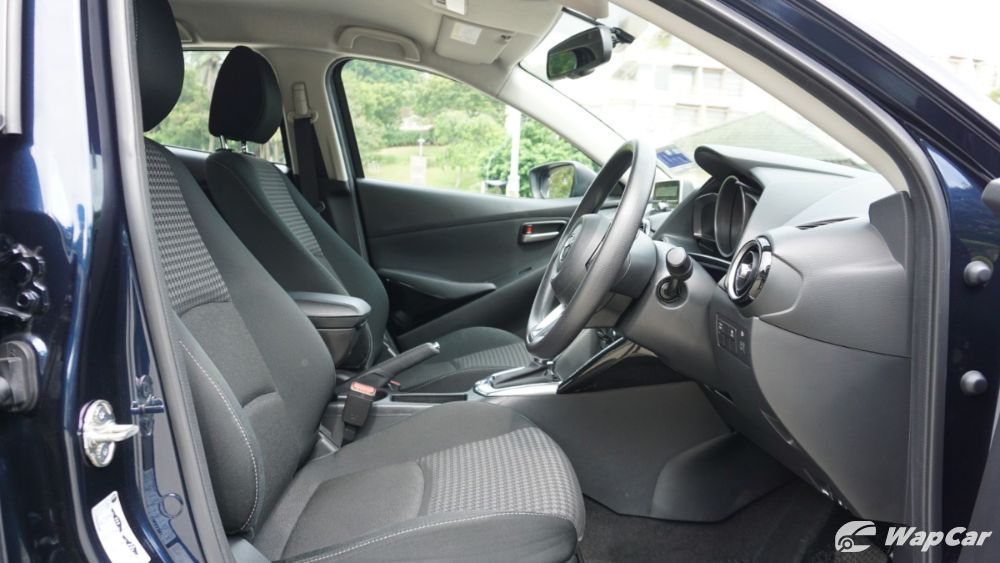 Head inside and you will be greeted with a well built cabin. Though the cabin still includes the many characteristics that set the Mazda 2's interior apart from its rival there were many telling signs that this was the lower variant, like the lack of a leather steering wheel and mostly hard plastic finishes.

You get comfortable fabric seats instead of the red stitched leather in the higher variant. There are only 4 speakers in the car but it seems like Mazda has prepared 2 extra ports for those who would like better surround sound in the cabin. 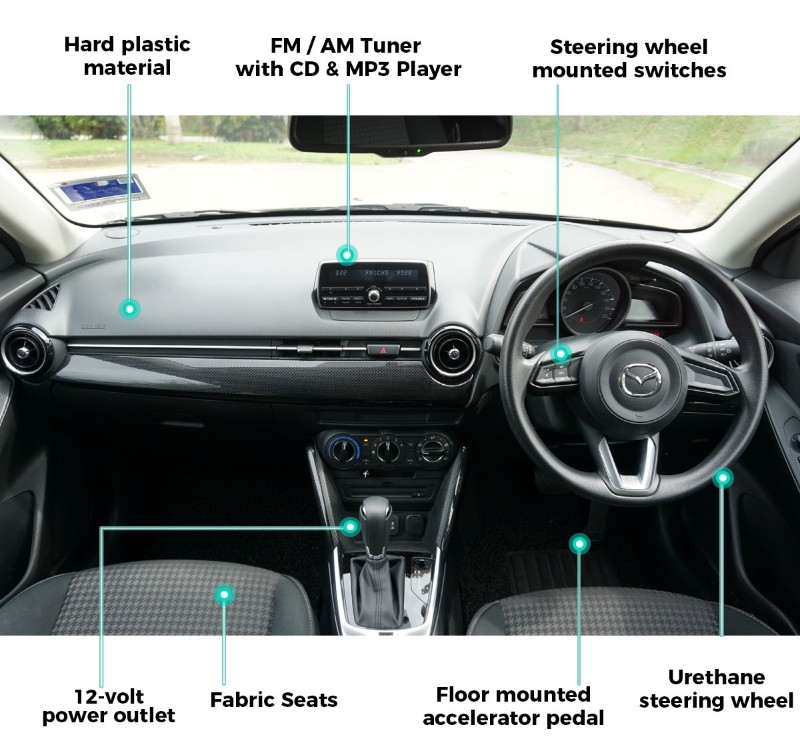 Perhaps the biggest let down of the 2 Mid is the lack of all modern technology entirely.

The only form of entertainment to keep you company in the car is a radio unit.

There are at least 2 USB ports in the car, but these are solely reserved for charging your phones only, it's not linked to the infotainment. No the 2 Mid does not offer Bluetooth either. 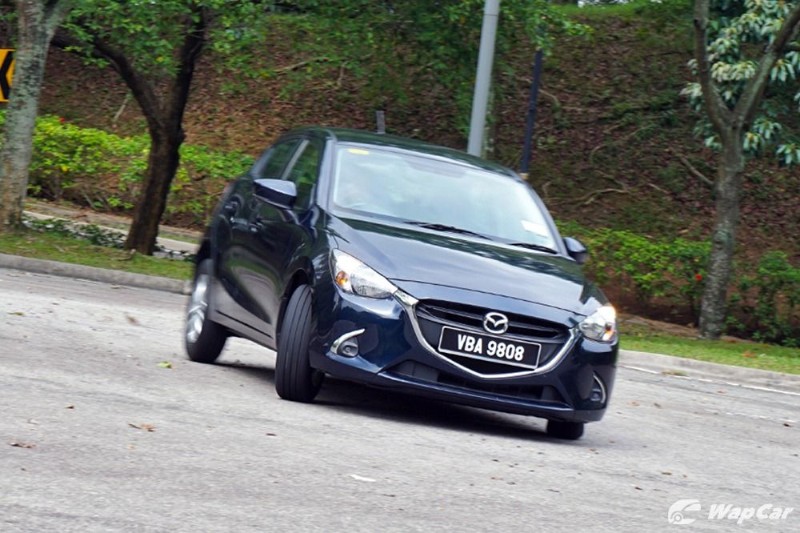 This is where the Mazda 2 excels in. The car is powered by a Skyactiv-G 1.5-litre naturally aspirated four-cylinder petrol engine that produces 115 PS and 148 Nm. While this doesn't sound like much, but it handles better than the numbers suggests.

Our own tests indicate that the Mazda 2 completes the century sprint in 10.9 seconds. 0-100-0 km/h test is pegged on an average reading of 14.7 seconds. 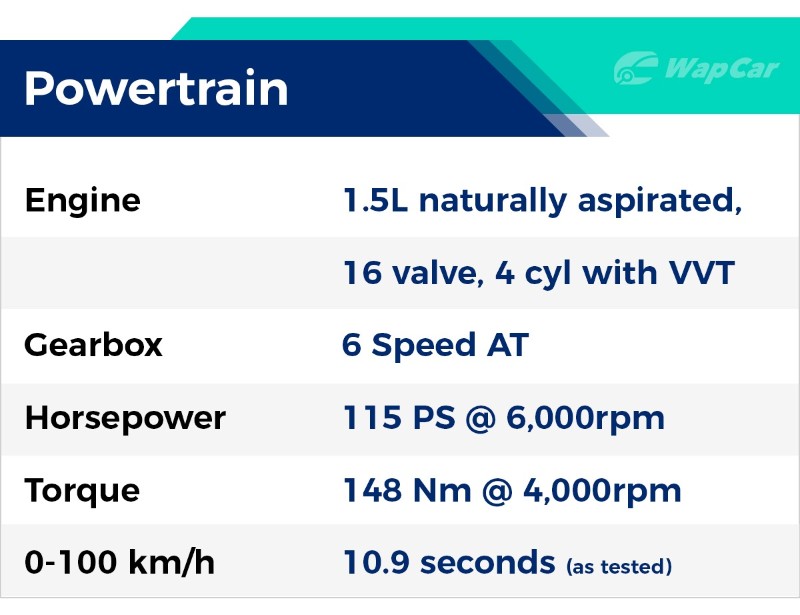 But the winning part of the Mazda 2 is that regardless of it being the more affordable of the two variants, the 2 HB Mid still comes complete with Mazda's innovative GVC.

GVC works to not only give passengers better ride comfort but also gifted the Mazda 2 superior cornering skills. Turn in is sharp and the rear end obediently follows suit so control remains in your fingers at all times. 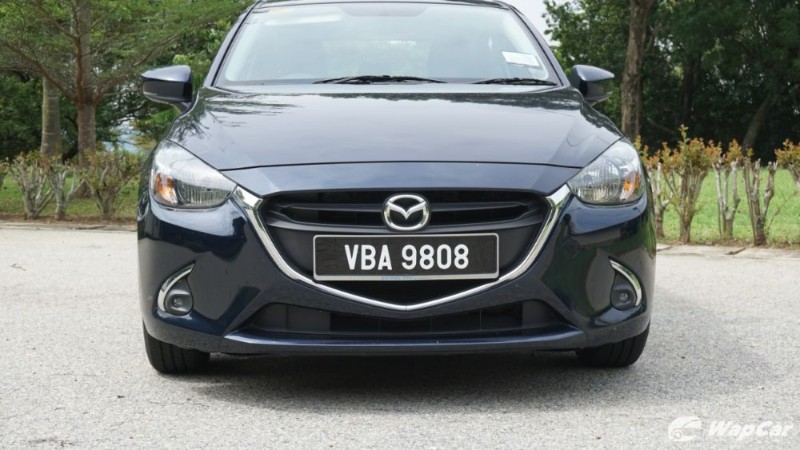 So whether the car is cruising on the highway or chugging along in traffic, the Mazda 2 is a smooth operator in every aspect. 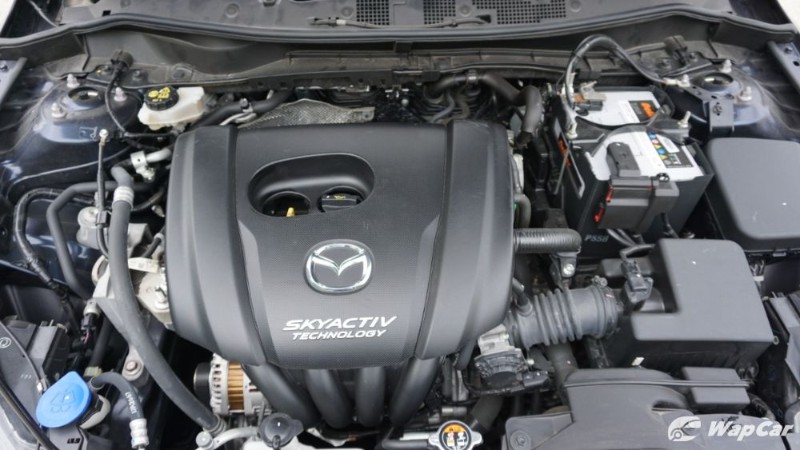 With the presence of GVC, the Mazda 2's ride comfort has improved by miles compared to the pre-facelift, despite the suspensions tuned a little more rigid than its rivals for better cornering purpose. 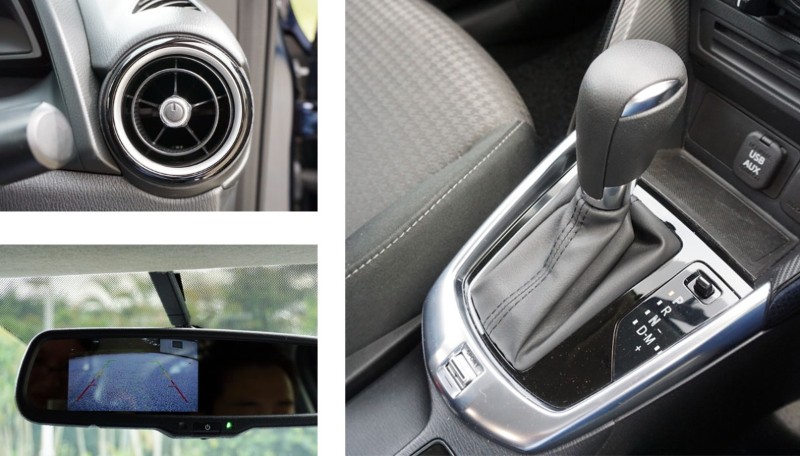 Of course, Mazdas are never big on space since they're built to focus more on driving experience. So rear leg-room is close to non-existent if the driver is over 5.6 feet tall. 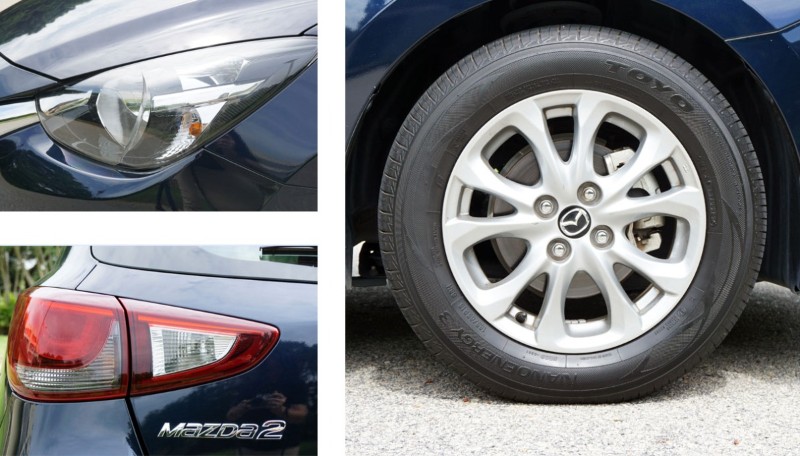 At 60 km/h, the 2 Mid's NVH levels are recorded at 60 decibels while cruising at 90 km/h recorded at 62 decibels. At top cruising speeds of 110 km/h the 2 Mid cruises at and average 65 decibel readings.

The readings are rather average but acceptable for this segment. It's definitely not as quiet as the Toyota Yaris, that's for sure.

To start with the cons of the mid spec Mazda 2, the biggest let down of the car is its lack of infotainment. A more tech savvy car owner would look to the highest variant Perodua Myvi as a more enticing option with its multi-info display and Smart Link.

In the current fast pace era, young car buyers will look to make sure their cars would at least have Bluetooth capabilities. 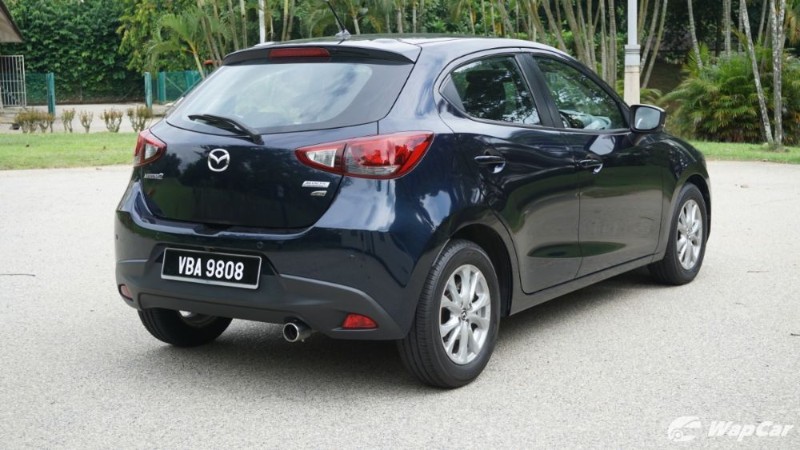 In terms of safety equipment, the Honda Jazz E variant that matches the 2 Mid in price and comes with 4 airbags while the Yaris 1.5E trumps them both with 7 airbags.

The only saving grace is its GVC feature, which grants the Mazda 2 better comfort in the corners. It also handles very well. 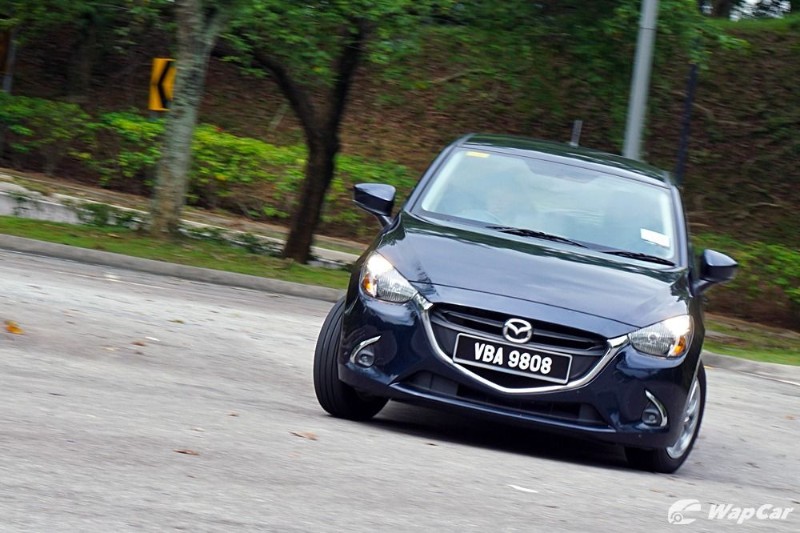 We can go on and on about how GVC works but just a taste of how the technology works and you will definitely see why Mazda would be hard pressed to price the car more affordable or to even more creature comforts. 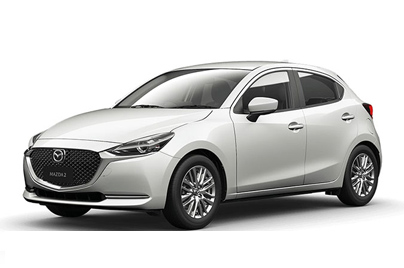