8 millionaire-looking cars for under RM 200k 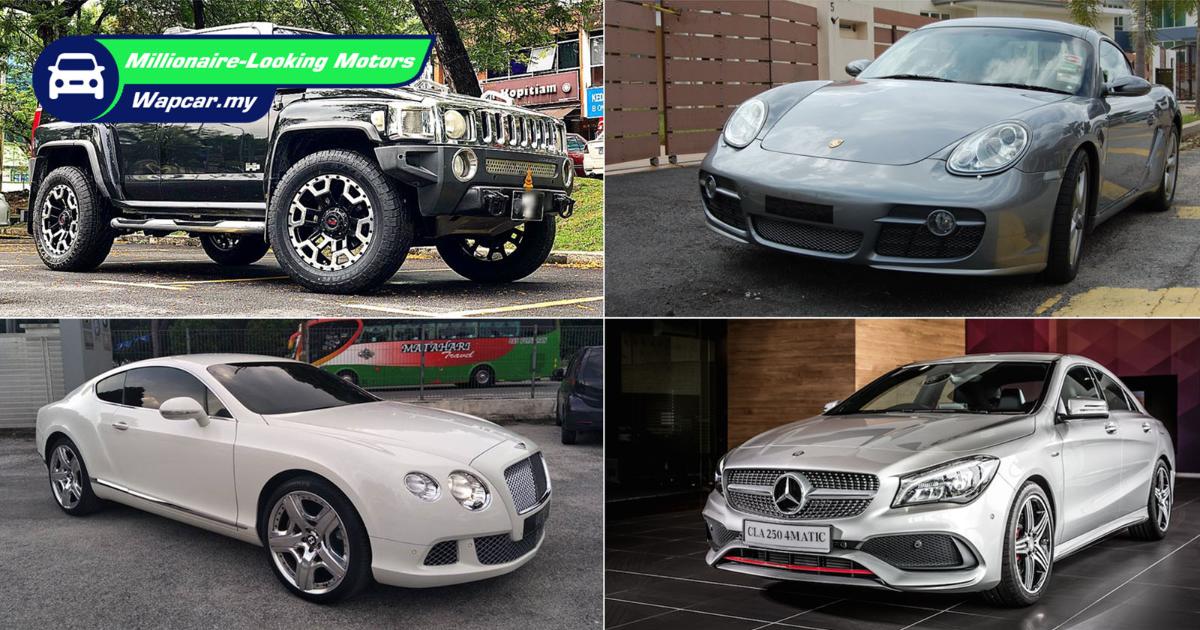 Last week, we showed you ten expensive-looking cars under RM 100k and some of you think those selections don’t quite shout ‘appearing rich’. Indeed, the Proton X50 and X70 may feel expensive but they’re still a Proton (or Geely) underneath.

For this week’s Top Rank Millionaire-Looking Motors (MLM), we’re bumping up the budget to RM 200,000 and unlike the last list, we’ll be focusing only in the used car market. We’ve selected 8 for this list and you can be certain these fine cars will make you get that wealthy appearance. 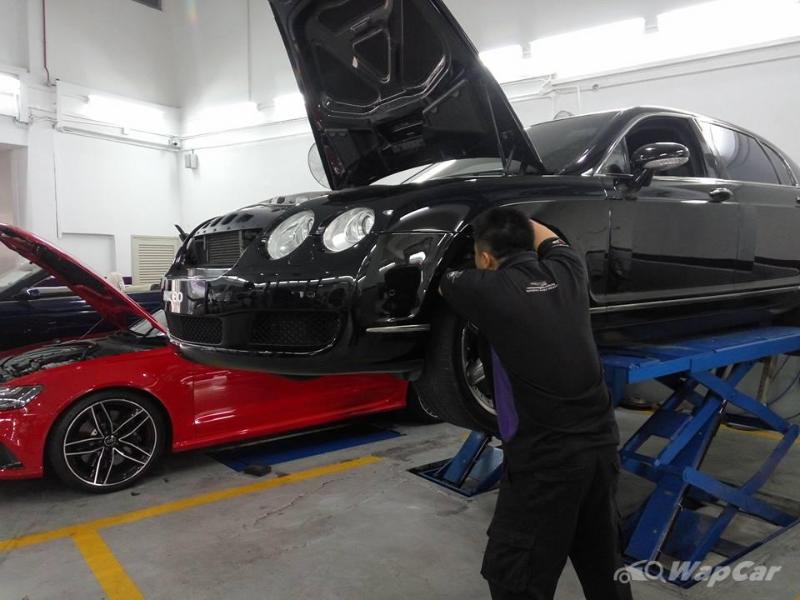 Once again, we would like to point out that while the prices of the cars on this list are very appealing, they won’t be cheap to maintain. You might even notice that with our first car on this list when it comes to maintenance cost.

That being said, remember the rule of thumb when it comes to purchasing a ride; put aside 10% of the car’s value when new as a maintenance fund. Example: A car worth RM 200k would require at least RM 20k aside for maintenance costs for the next 10 years. 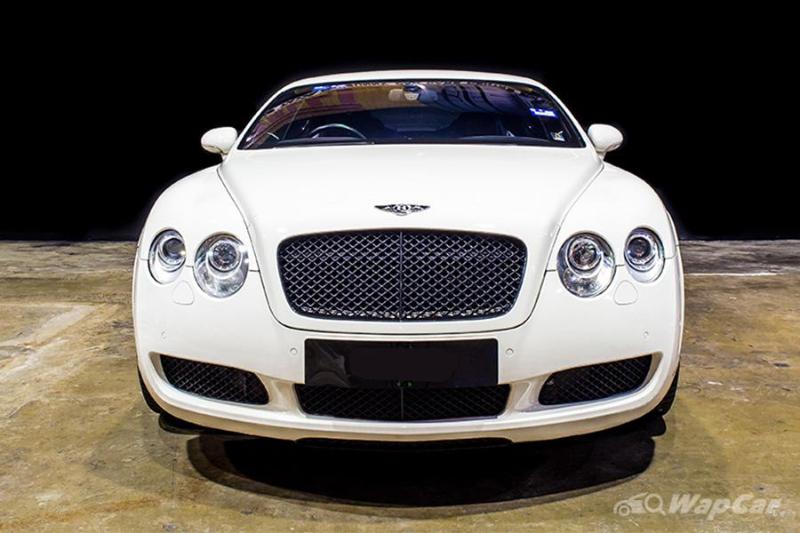 Launched in 2003 as Bentley’s first new model under the ownership of the Volkswagen Group, the Continental GT was a stark contrast to what was offered by Bentley at the time. Even though it was built on a German platform and used a German engine, it still had a class of Britishness in a more modern way. 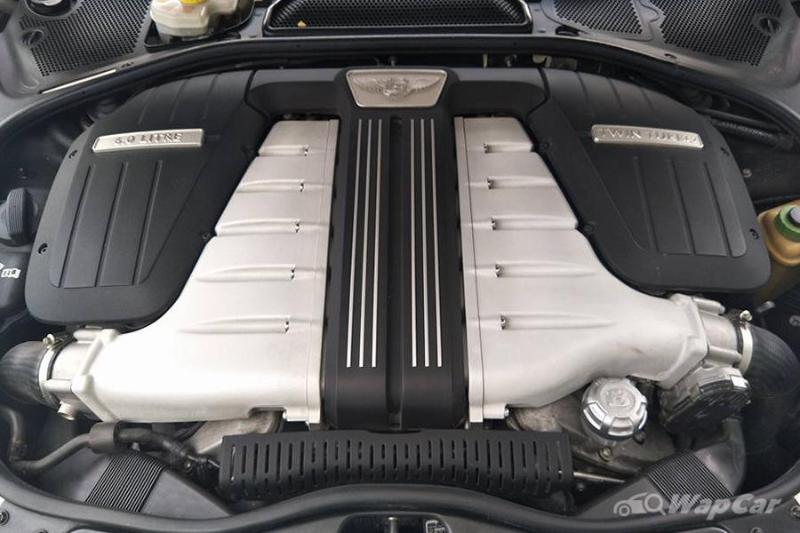 Powered by a 6.0-litre twin-turbocharged W12 engine that produced 560 PS and 650 Nm, the Conti GT will be expensive to maintain and own. However, if you can afford it, you’re treated with one of the best modern grand tourers.

With all-wheel drive provided as standard, the Conti GT is a nimble car around the corners despite its weight. At the same time, it also provides a very supple ride thanks to the air suspension so you can do a gentle cruise around the city and get heads turning each time you drive by. 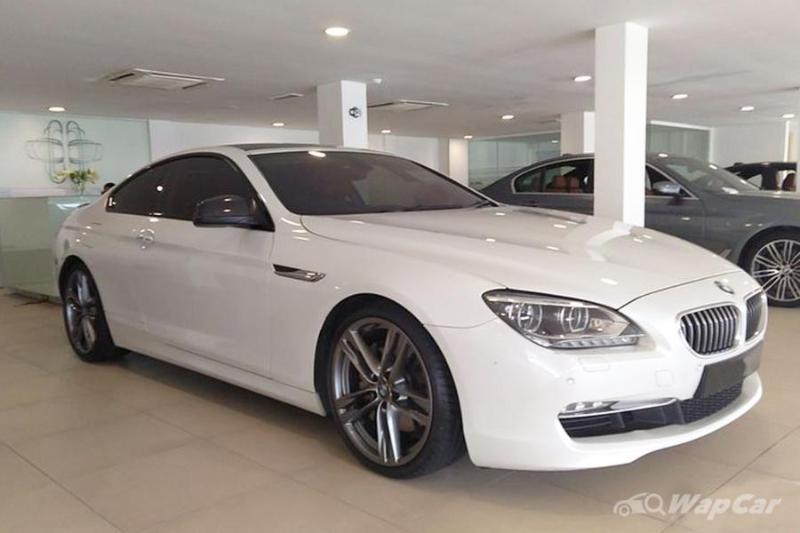 Compared to the E63 6 Series, the F13 6 Series looks less controversial but it still retains a grand tourer feel. The bigger brother to the 4 Series, the third-gen 6 Series is a little harder to find in coupe or convertible form and as such, it would definitely score you some rich-looking points. 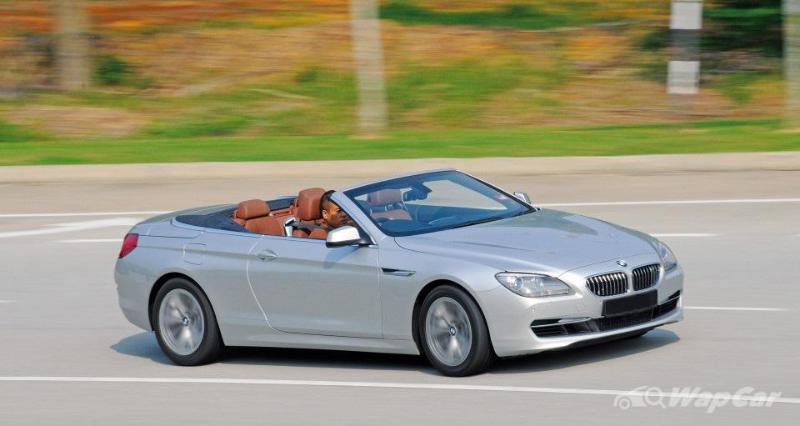 Launched in Malaysia around 2011, the F12 6 Series Convertible and F13 6 Series Coupe were only available through special order, which accounts for their rarity. Hence, some units that were offered online might be brought over as recond models. 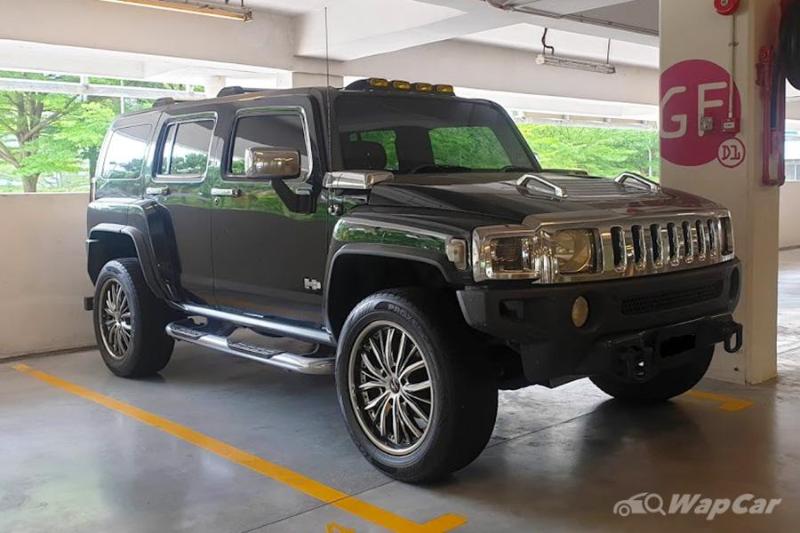 Believe it or not, the Hummer H3 was the smallest Hummer ever. It was also the only Hummer that was offered with right-hand drive (RHD) which means that it’s easier and nimbler to get through a McDonald’s drive-thru.

Despite the RHD configuration, the H3 was never sold officially in Malaysia and was brought into the country as recond units. Now that it has been 11 years since the original Hummer brand folded, the H3 can be afforded for less by those who wished to be a rapper or baller from the 2000s. 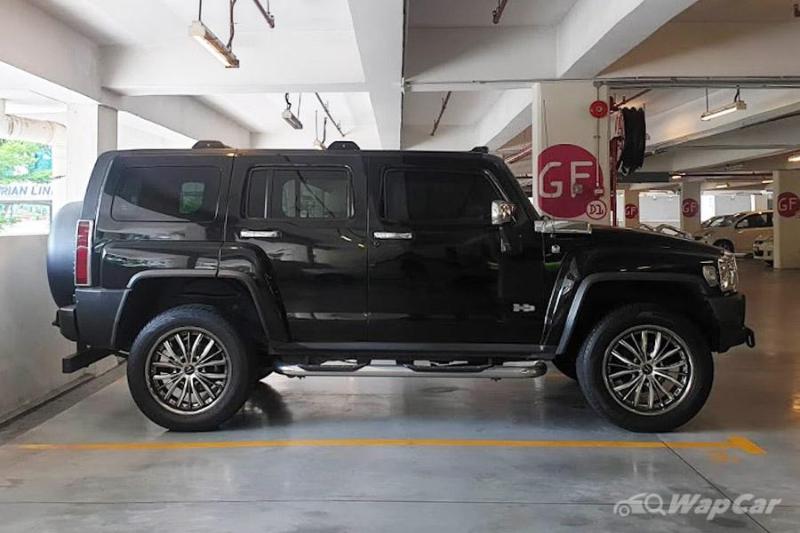 Hummers are generally very thirsty vehicles and though the units we found in the classifieds are powered by a ‘smaller’ 3.7-litre straight-five General Motors Atlas engine, it still has an abysmal fuel economy. According to manufacturer’s figures, the H3 has an average fuel economy of 16 L/100 km but you’d still look baller anyway. 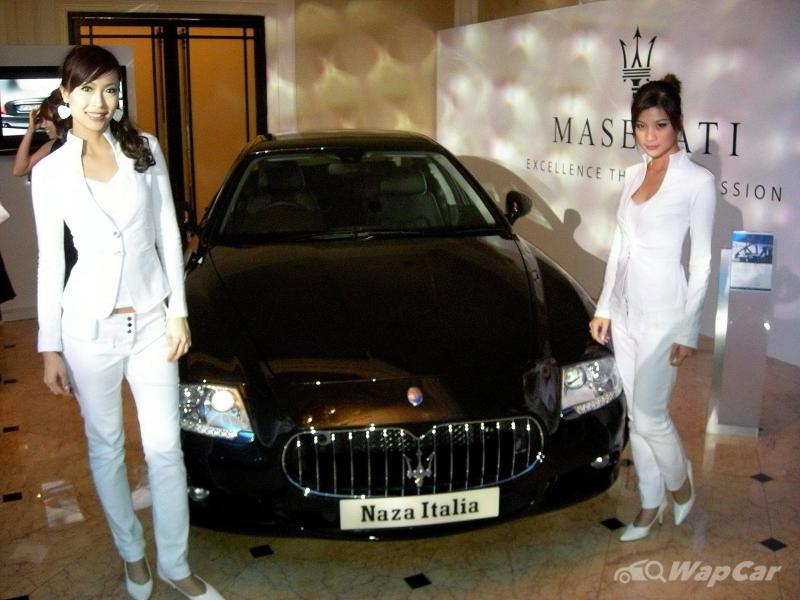 As beautiful as the Quattroporte is, its name is literally translated to four doors in Italian, which in itself shows the beauty of the Italian language. Surely, the Proton Empatpintu doesn’t have the same ring to it. 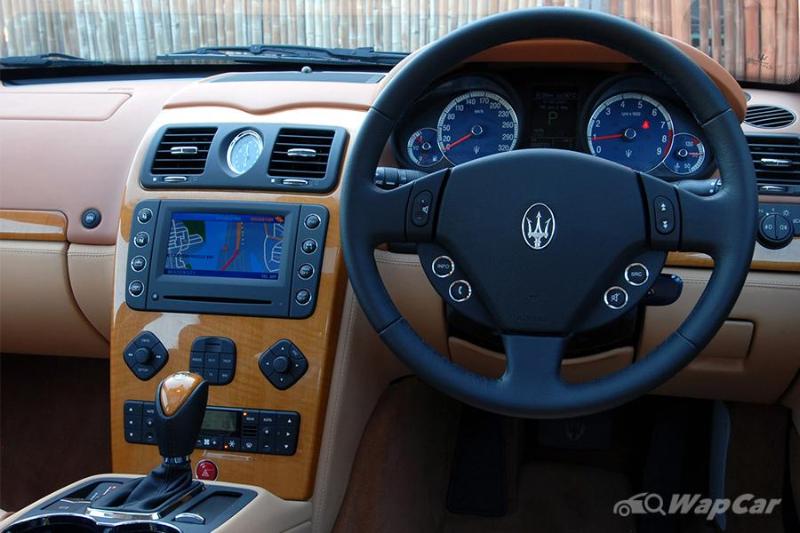 You might have noticed the low price and while this might be the cheapest car on the list, the fifth-gen Quattroporte is also one of the rarest. Just like the Conti GT, maintenance cost can be quite high and as an Italian car, it does come with some reliability baggage. 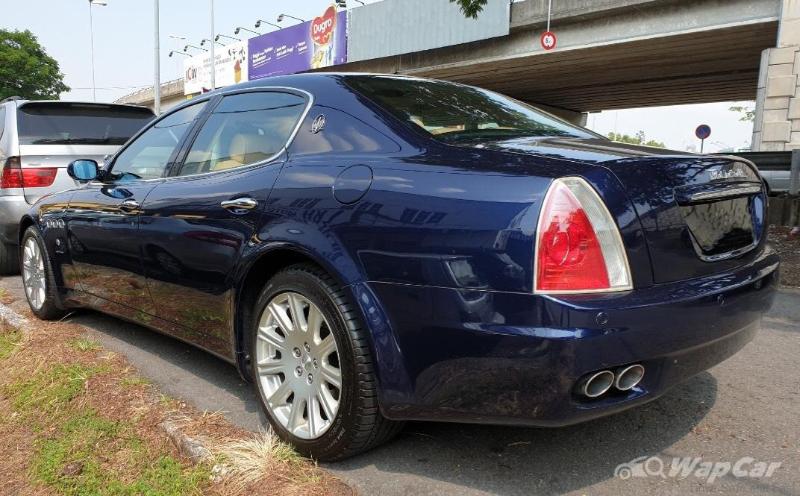 But if you don’t mind the risk, you’ll get to enjoy the growl of the V8 engine which is developed with Ferrari. The Quattroporte is a supercar with four doors and that is something bellissimo if you want to appear rich. 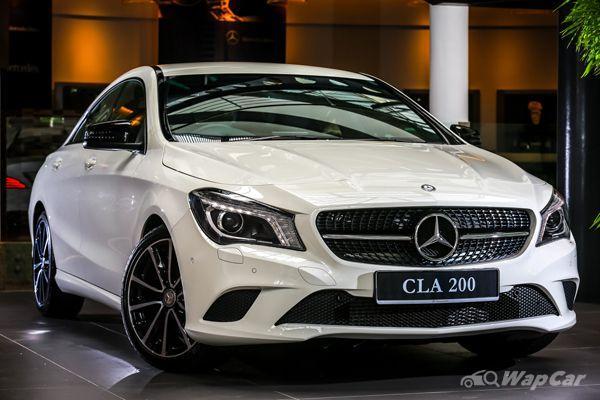 It’s probably the sexiest-looking model in Mercedes-Benz’s compact line-up thanks to the sleek coupe-style and it can be yours for an attractive price in the used car market. 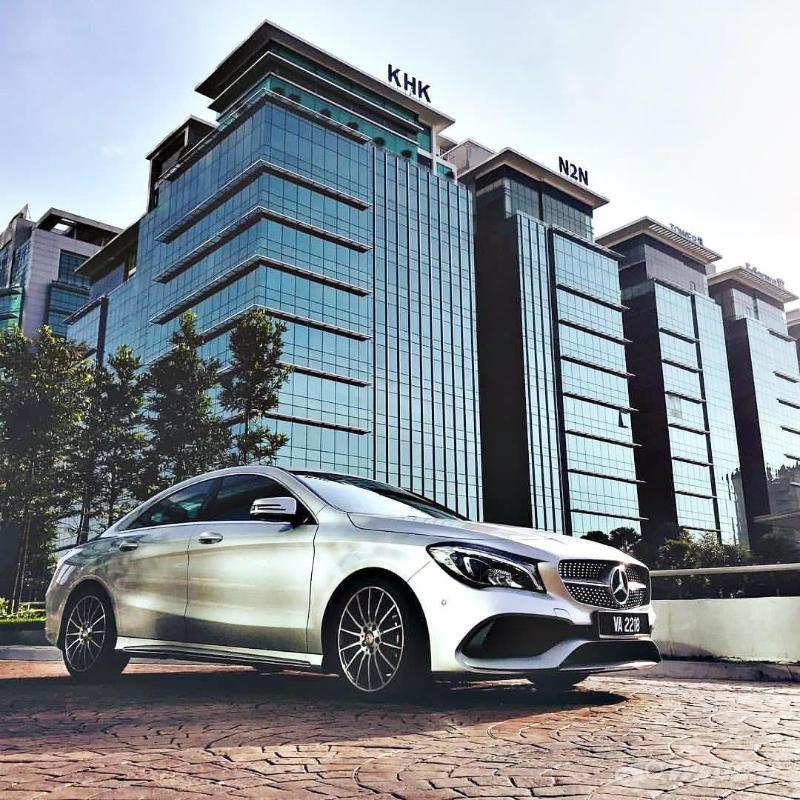 The CLA adds more glamour than a conventional three-box executive sedan and it was Mercedes-Benz’s second four-door coupe model after the CLS. Dare I say, it looks sexier than the CLS and its compact shape makes it a cinch to manoeuvre around the city.

Though the potent CLA 45 AMG is on the higher end of our budget, we would also suggest the rare Shooting Brake variant. Only ten were officially brought into Malaysia but many more were brought over as recond units from Japan or the UK. If you’re interested, we have a used car guide on what to look out for. 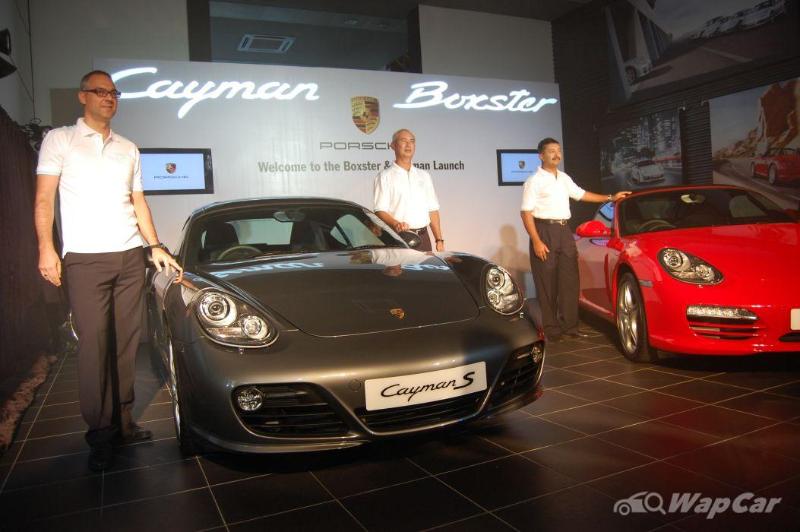 While the Porsche 911 is often quoted as the greatest Porsche ever due to its tradition, we would think the Cayman is a perfect Porsche for beginners. It’s cheaper and due to its mid-engine layout, a more balanced sports car. 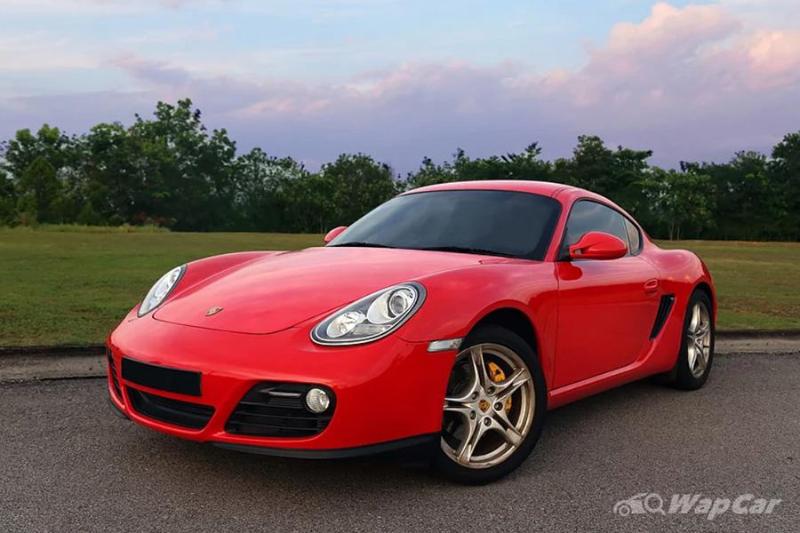 Based on the second-gen Porsche Boxster, the Cayman has a stiffer suspension set-up and a more rigid chassis thanks to the fixed roof. It is still a fun-to-drive sports car and though the manual variant is very rare, we still think the PDK transmission on the Cayman can still bring out some fun on the straights. 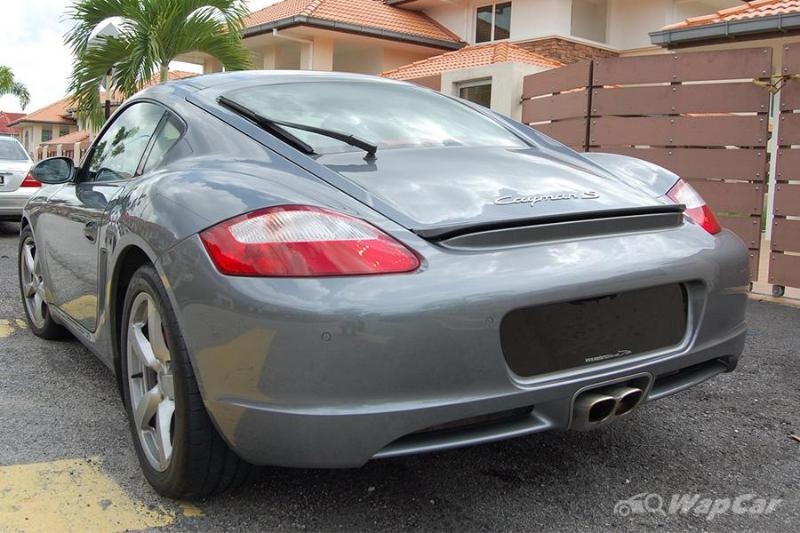 The design also resembles a little bit of the 911 but thanks to its mid-engine layout, you get two boot spaces in the front and back. They’re relatively small (Front: 150 litres, Rear: 260 litres) and so is the interior which is strictly a 2-seater, but if you want a weekend car or to flaunt off in this context, the Cayman is alright. 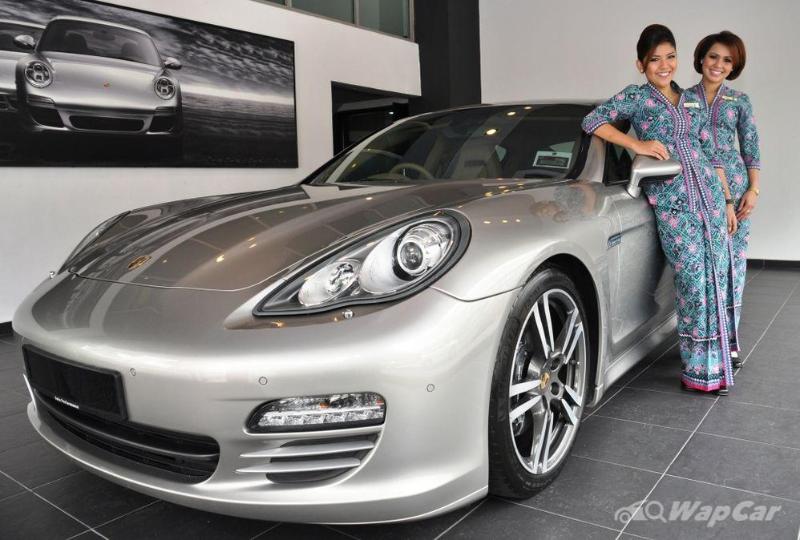 Despite its polarising looks, the first Porsche Panamera somehow managed to find some fans. There is demand for a four-door Porsche grand tourer and prices of early models have dropped to a fraction of its original nearly million-ringgit sticker price. 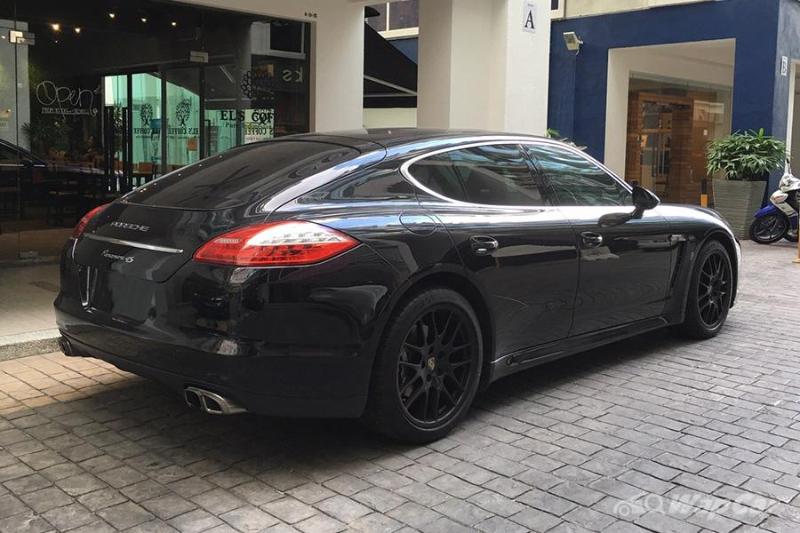 The powertrains on the Panamera range from a 3.0-litre V6 to a 4.8-litre twin-turbocharged V8 and all the criticisms of it being an elongated 911 are quickly forgiven the moment you put your hands behind the wheel. 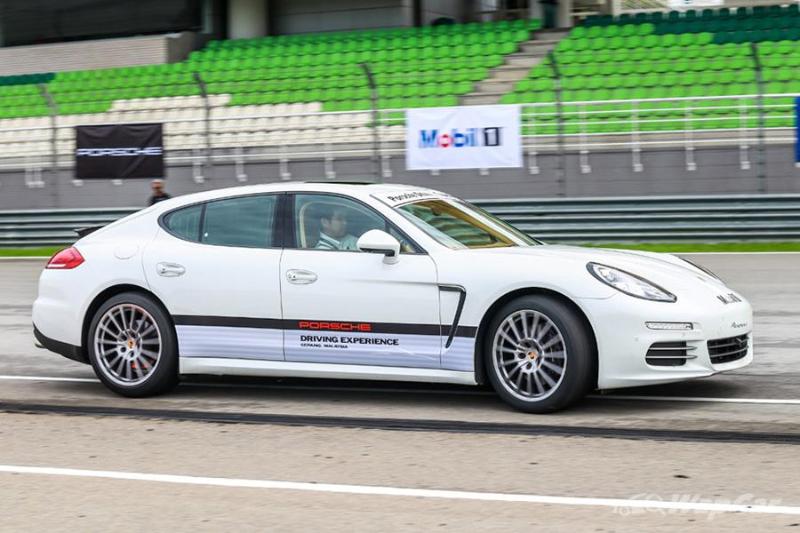 It might be a luxurious grand tourer but it is still a Porsche at heart and that means you’re getting some exceptional handling. On the highways, it will definitely scare off some road hoggers, but if you want to be a little more environmentally-friendly there is a hybrid option. 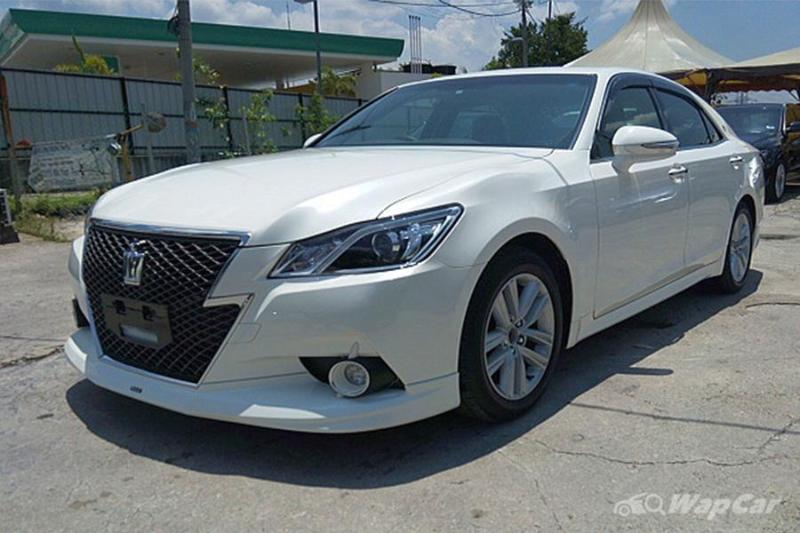 We could suggest a Lexus but instead of that, how about a JDM Toyota with a royal name? Once commonly used as taxis, the later Crown models have removed that taxi stigma and is now seen as an alternate option to a Lexus. 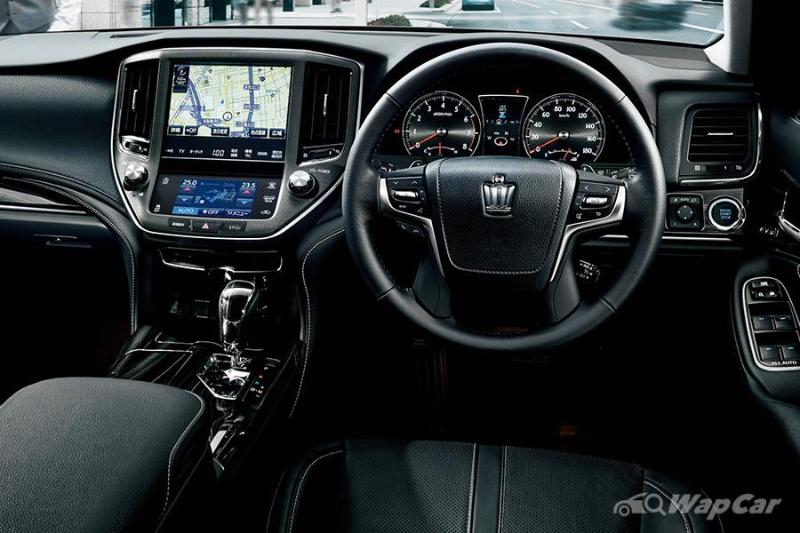 With fifteen generations in total, we’d focus on the fourteenth-gen S210 for this list as it’s more commonly offered here. Though unregistered recond units are available, most of them cost north over our RM 200k budget. 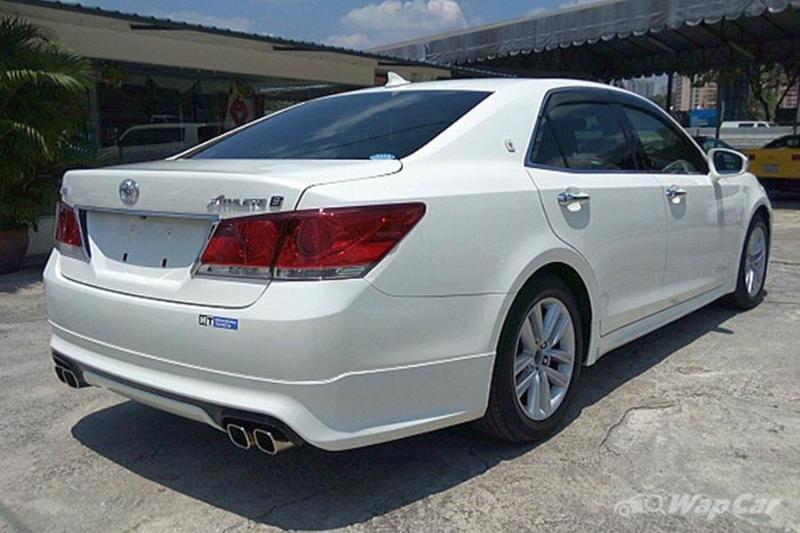 Thankfully, there are some used units available that fit under our budget. There are two major trim levels of the Crown, the comfort-oriented Crown Royal Saloon and the performance-inspired Crown Athlete. Both are sure to spark some curiosity and the crown emblem will make people think you’re special. 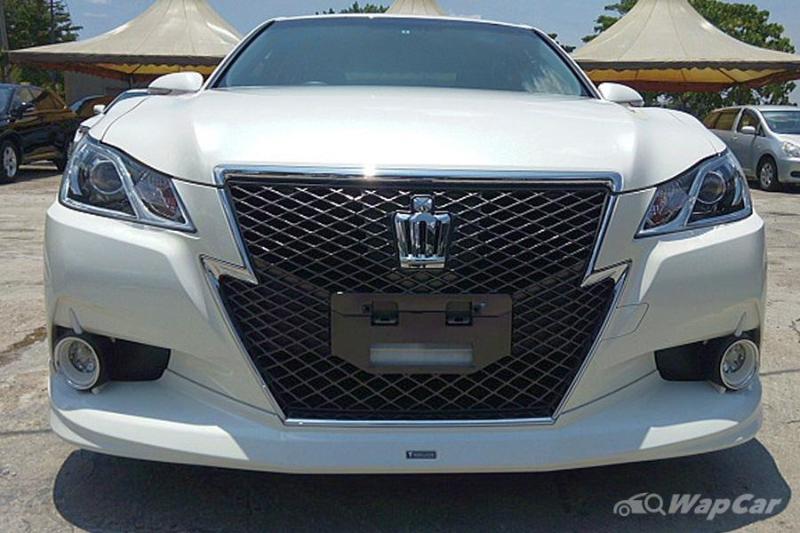 Now that you know the prices of some of these models, perhaps you’ll be intrigued with getting one. Bear in mind though, as enticing these prices are, there are some pretty high maintenance and ownership costs to run them. 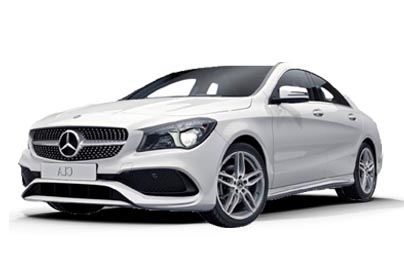