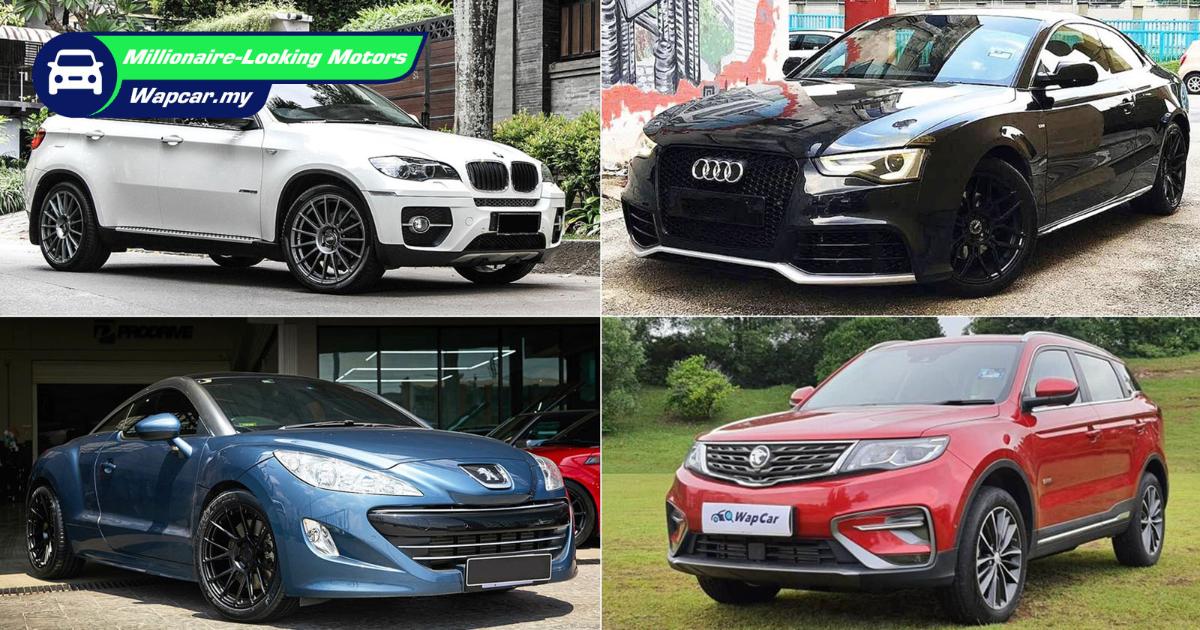 Everyone has an aspiration to be rich, but there are also certain lifehacks that make you appear rich. Look up online and you’ll find numerous tips on looking like a million bucks while spending only a few hundred or less.

After all, if you can look rich based on what you dress or appear, surely the same can apply to your ride too. Fortunately, we have got you covered since finding the perfect car has always been our motto.

We decided to set a limit that won’t exceed more than RM 100k for these cars. Spoiler alert, the majority of the cars on this list aren’t new but for well under RM 100k, they provide an interesting way to flaunt your perceived wealth.

Before we begin our list, we would like to point out that despite the appealing prices on these cars, this doesn't necessarily mean they are cheap to maintain. Having said that, we'd like to remind you the rule of thumb that you should put aside 10% of the car's value when new, as a maintenance fund.

For instance, a RM 200k car would require at least RM 20k aside for maintenance costs for the next 10 years. 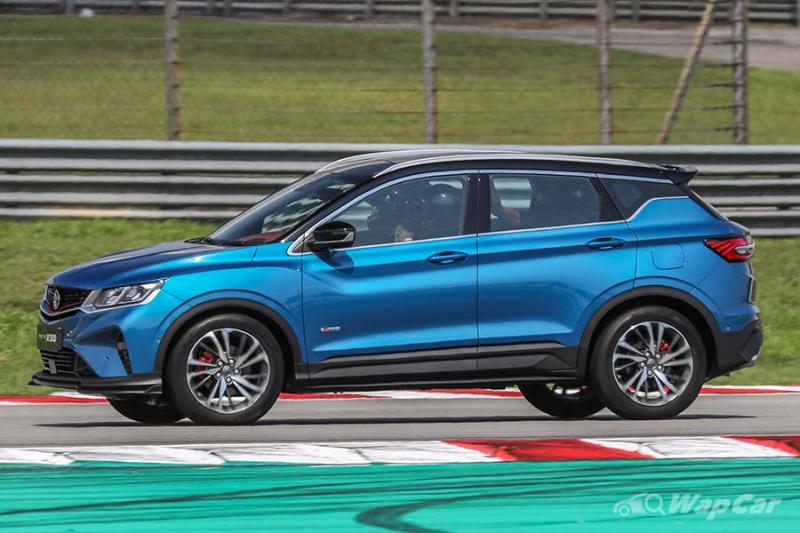 It’s one of the most important cars in Malaysia in 2020 and for a very good reason; it looks like it should cost more than RM 80k. It doesn’t matter if it has some incentives for being a Proton, the Proton X50 looks like a premium car, at first glance.

From its mini-Range Rover Evoque looks to the functional sporty bits, the X50 has an air of looking premium and sporty at the same time. It’s definitely the first thing that attracts many Malaysians and if it's just based on looks, the X50 is easily a winner.

Minor quibbles on the X50’s seating comfort aside, we must admit how good the interior quality is with the dials and knobs feeling premium. Then, there’s the X50’s pièce de résistance which are the safety features.

No other vehicle in its class offers a Level 2 autonomous driving system and for that, the X50 is a win for the budget-conscious consumer. 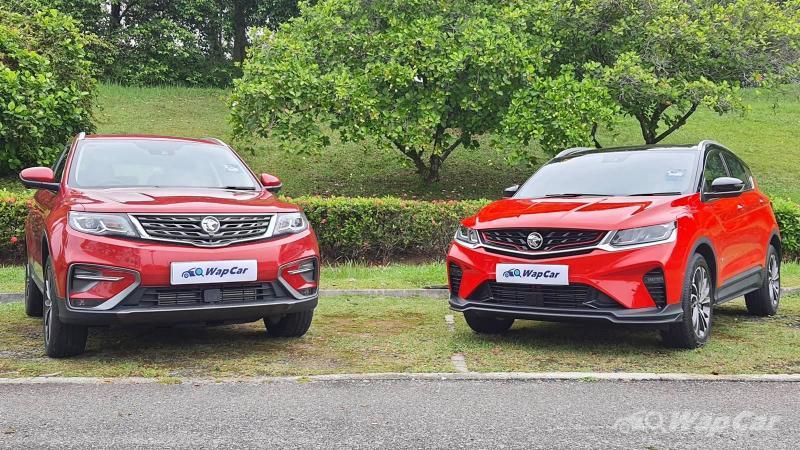 The next and final new car entry in our list is the X50’s bigger brother, the Proton X70. It’s impressive how far Proton has gone to feature not one but two premium-looking cars on a budget, even if they are essentially Geely SUVs underneath. 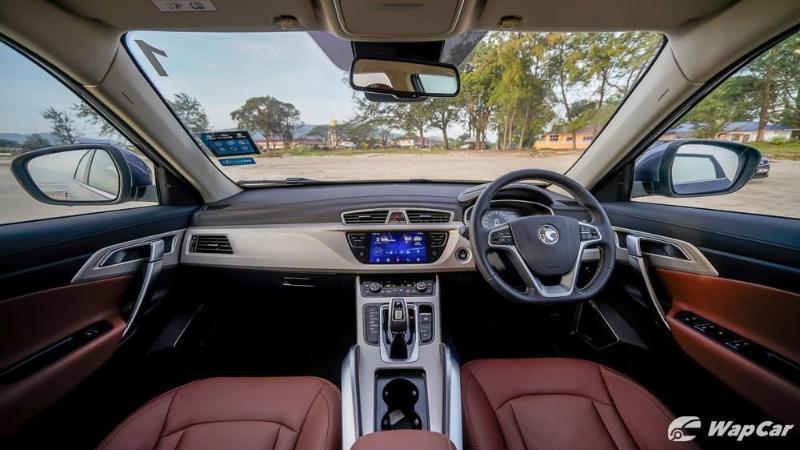 In terms of feeling premium, the X70 easily trumps the X50, but it also feels more exquisite than its rivals which cost more. In our ratings, we gave the X70 high scores in terms of comfort which is impressive for a Proton.

Given a choice between the X50 and X70, considering how both are priced close to each other, we might have to side with the X70 if we’re basing it on which feels more premium. It’s the bigger SUV, and yet we also found fewer flaws inside.

Plus, brown Nappa leather seats definitely give off a better air of exclusivity, especially if you want to look rich.

While fashion often goes out of style, cars generally don’t have that issue. This is why the used car market is a plethora of interesting rides that can fit within the RM 100k budget. For starters, let’s begin with the Audi S5 Coupe, specifically the first-gen. 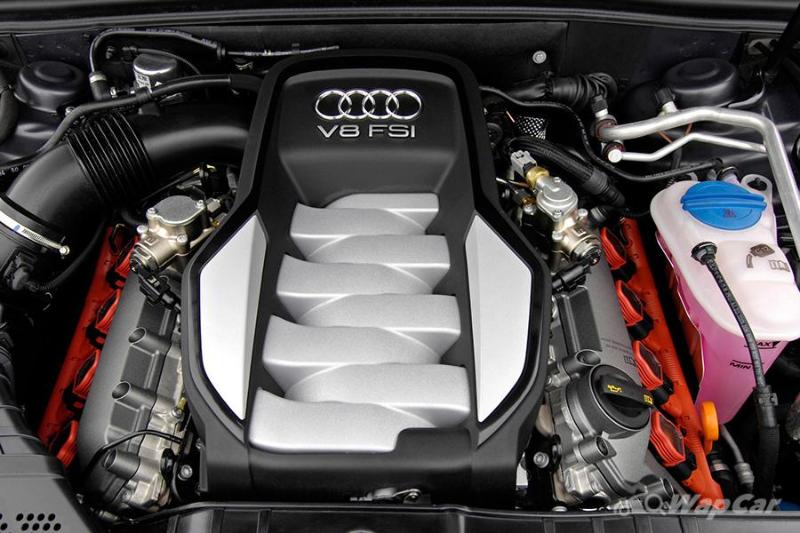 You could get a similar generation Audi A5 for less, but why settle for that when you could show off the power of a V8 engine? The Audi S5 is perfect for those wanting a Teutonic coupe that looks cool and generates a lot of stares. 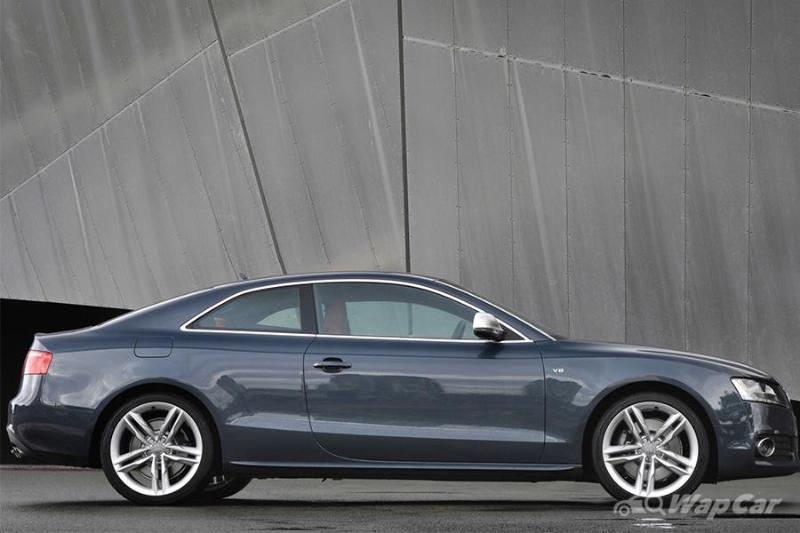 Compared to an Audi TT, the S5 Coupe is more elegant to be in, and with 354 PS coming out from its 4.2-litre FSI V8, it can turn into a beast on the highways. Just make sure you have enough money to fill up the tank after a round of threatening lane hoggers. 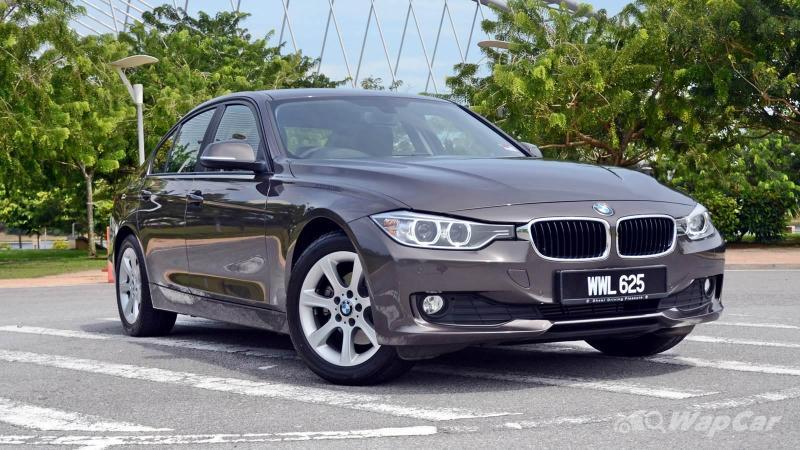 If you’re interested in getting a modern BMW 3 Series but don’t have enough budget for a brand-new G20 3 Series, well you’re in luck. The last-gen F30 3 Series can be yours for much less than a brand-new Honda City. 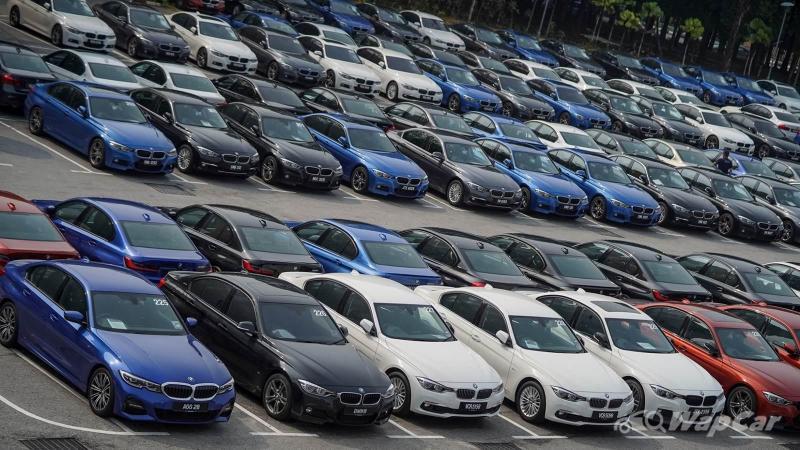 While those looking for a traditional 6-cylinder 3 Series might be out of luck as prices exceed the RM 100k cap, you are getting what many reviewers might dub as the most well all-rounded generation of the 3 Series. 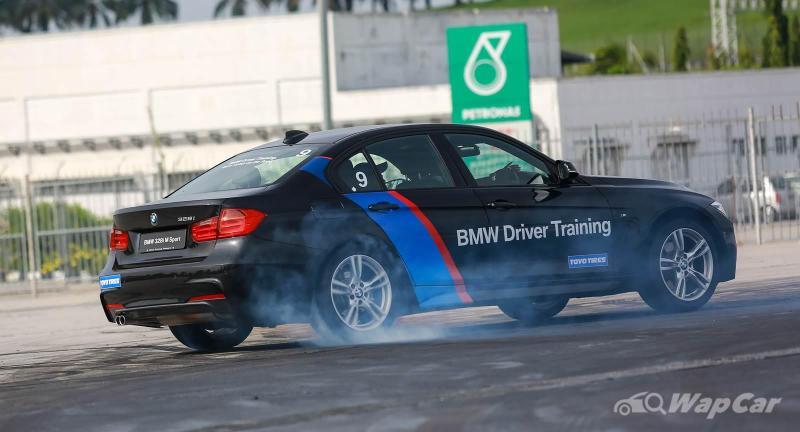 With great handling, good performance, and a timeless look, the F30 is a fantastic modern BMW. If you are interested, we have a guide on what to look out for. If the designer of Mazda says it's a good car, there's definitely no denying that. 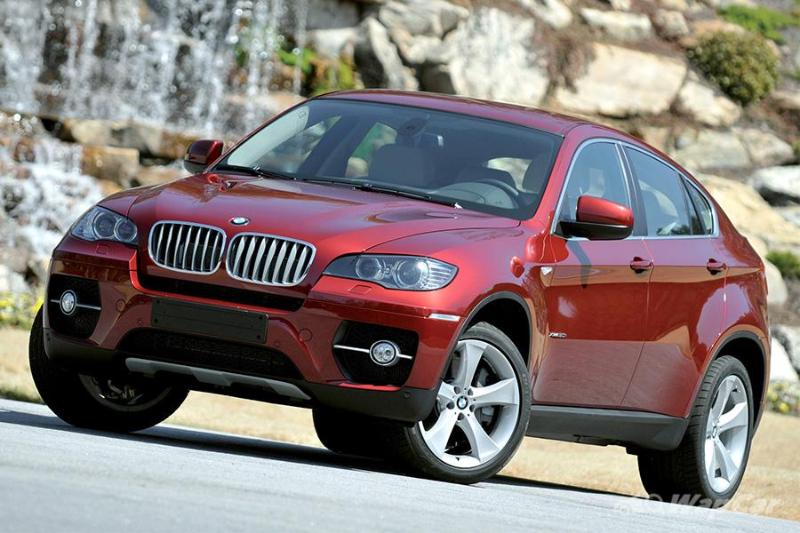 BMW may have not invented the coupe-SUV look but it definitely made it mainstream. Whether you love or loathe the looks, there is no denying that the BMW X6 makes its presence heard on the road. 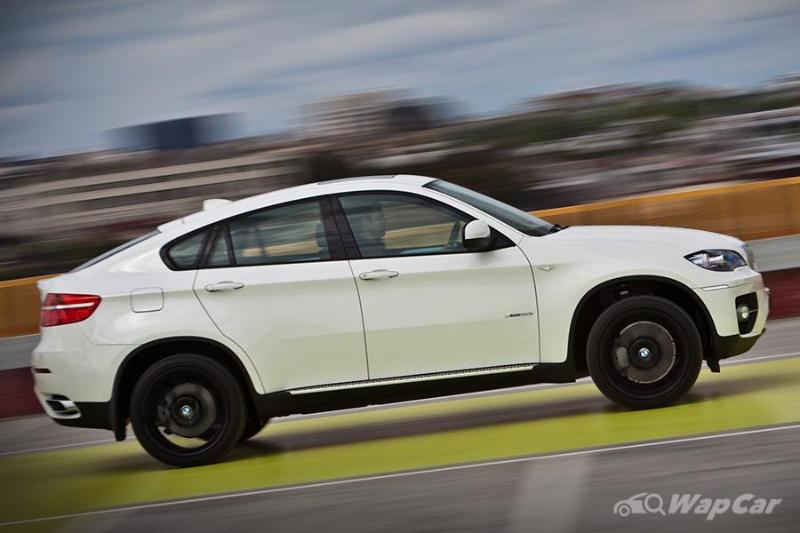 Only the first-generation E71 falls under our stipulated budget but they always say the original is sometimes the best right? Anyway, despite the X6 being very urban with its coupe-like style, it comes with xDrive all-wheel drive as standard. Never seen one being taken off-road though. 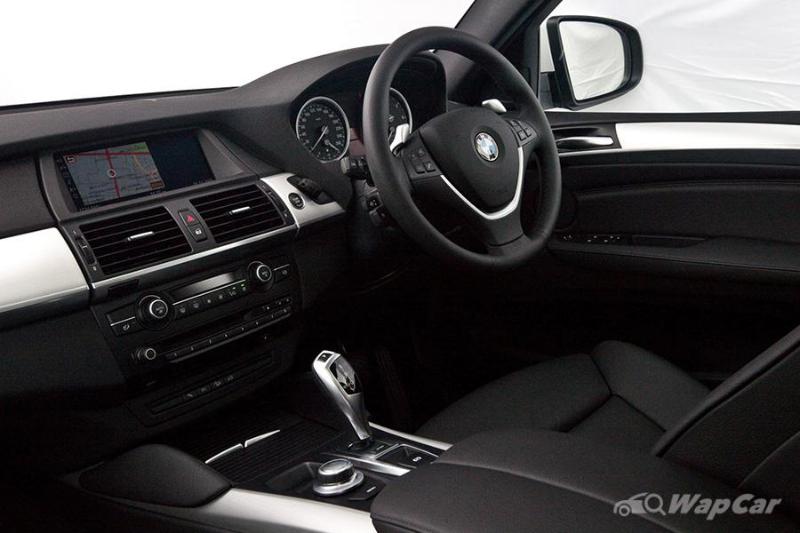 It might look polarizing but it still retains the BMW DNA when you take it around the bends. The Dynamic Performance Control system distributes a balanced torque on all four wheels by working hand-in-hand with the xDrive. When it was brand-new the E71 X6 costs nearly RM 700k but now you can own one for 10 times less. 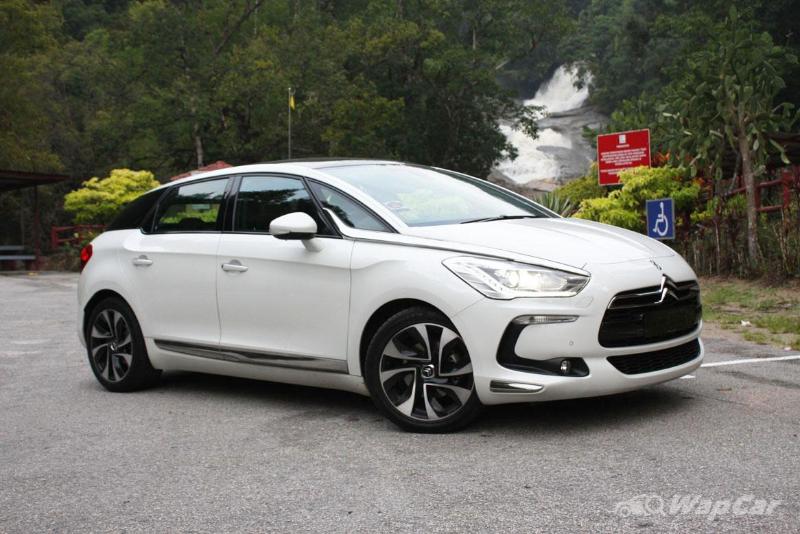 Now for something different and it comes from a brand that we might never see again. The DS 5 is Citroen’s third model under its DS Automobile brand and it aims to bring back the good ol’ days when French cars were as luxurious as they were revolutionary. 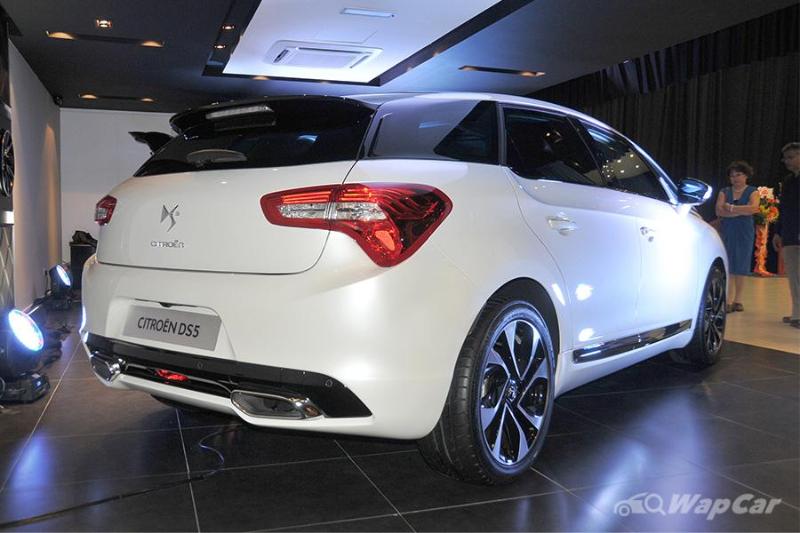 In terms of looks, it’s hard to tell what the DS5 is really but Citroen calls it a premium hatchback. Its unique looks will definitely catch a lot of stares and bewilderment. Their jaws will drop even more once they realized how much these things cost second hand. 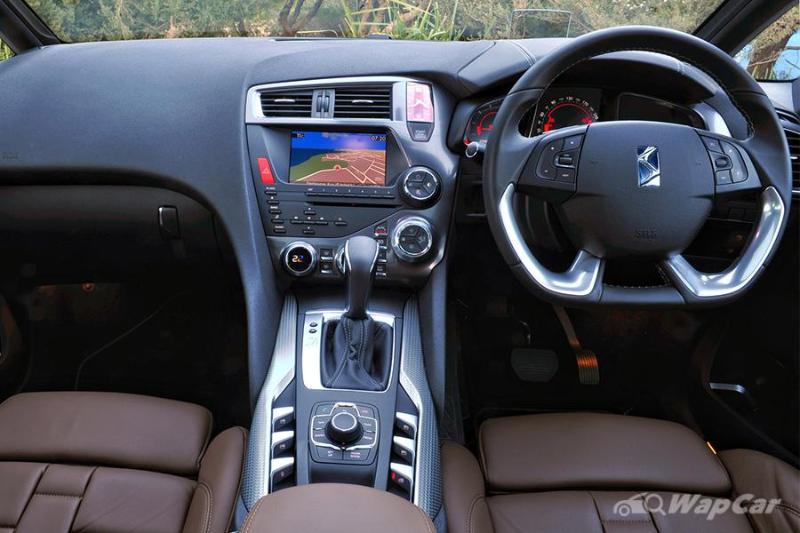 Granted, as a French car in Malaysia, it has nearly nil resale value. This might be why it’s better to take advantage of this. After all, this futuristic spaceship on wheels could be a future French classic in waiting. 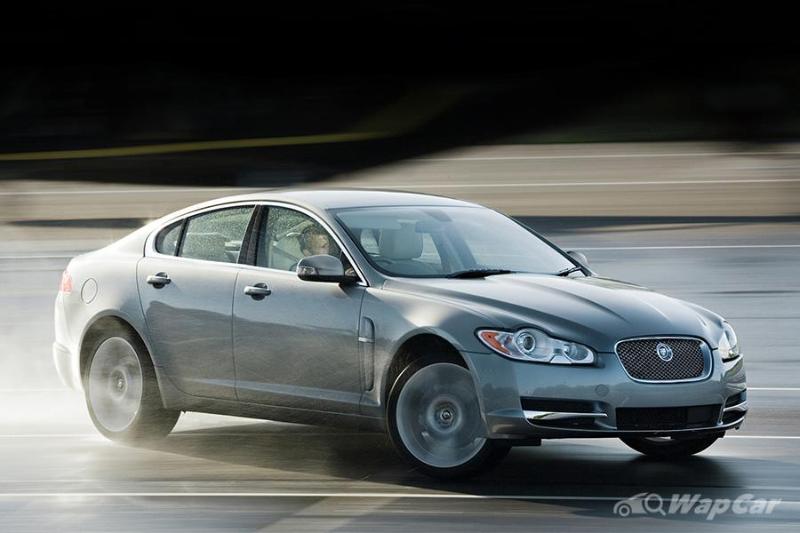 I remembered when the Jaguar XF made its debut and I was amazed at how futuristic it looked. It was so beautiful and nearly 15 years later, this British rival to the likes of the BMW 5 Series and Mercedes-Benz E-Class still remain pretty. 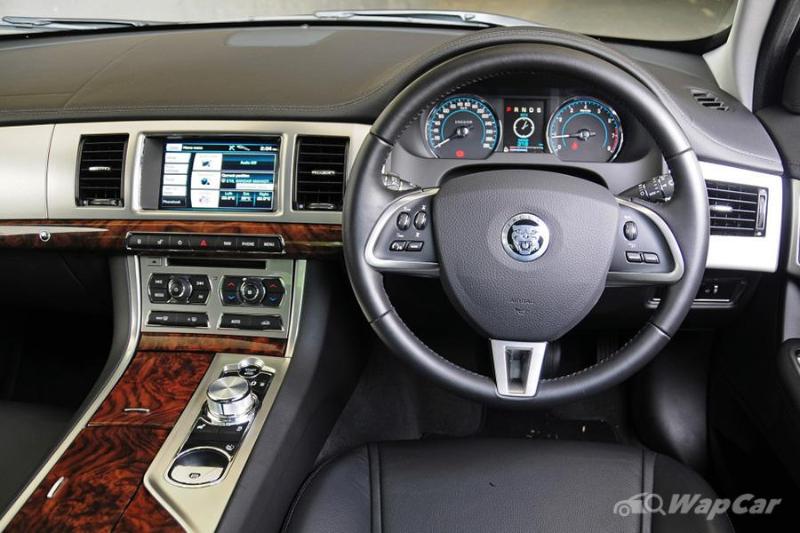 For the price of around a brand-new Proton Saga Premium, the XF has a lot of party tricks inside like a gear selector that rises out of the centre console and power-operated air-cond covers. Sure, a 5 Series or an E-Class from around the same year cost nearly as much as the XF but they aren’t as interesting as the Jag. 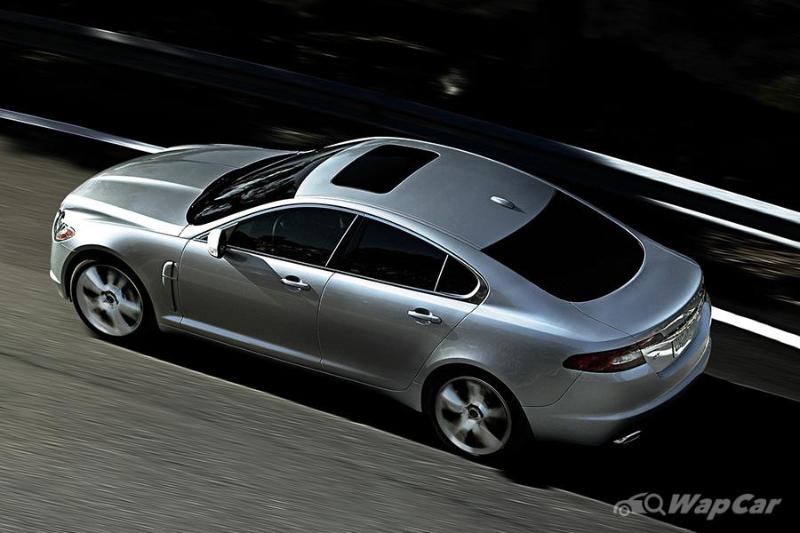 Also, there is an air of prestige when you roll up in a Jaguar than its German rivals. It’s also interesting to note that reviewers at the time prefer the XF over the E-Class and 5 Series, complementing on the XF’s ride. 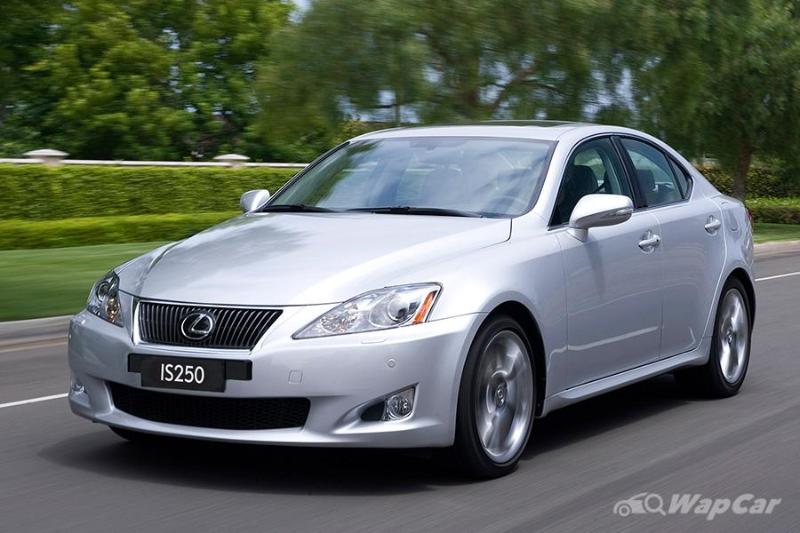 While the original Toyota Altezza-based Lexus IS was a cult icon among fans due to its engine that shares a name with a certain American rapper, we’d like to suggest the second-generation IS for this list. 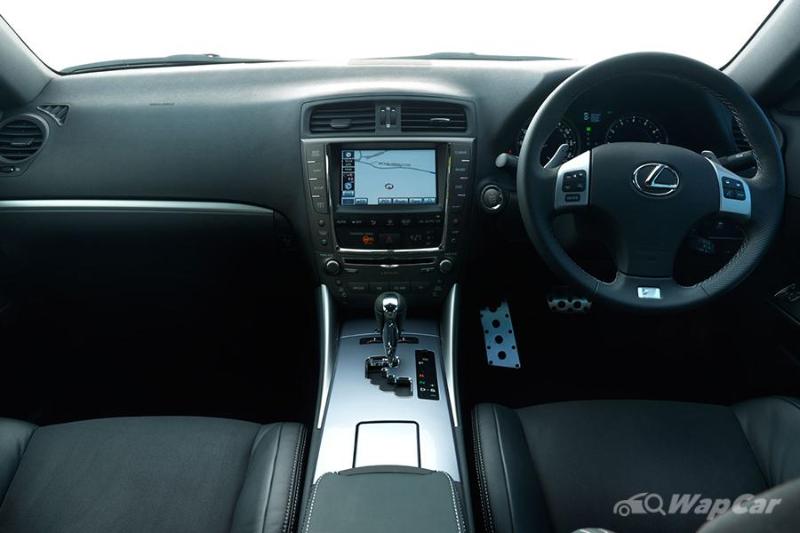 Lexus’ target for the XE20 IS was clearly the BMW 3 Series and it gave off a more German-oriented vibe compared to its JDM predecessor. It grips just as well as a BMW but unlike the German, you feel better peace of mind with its build quality. 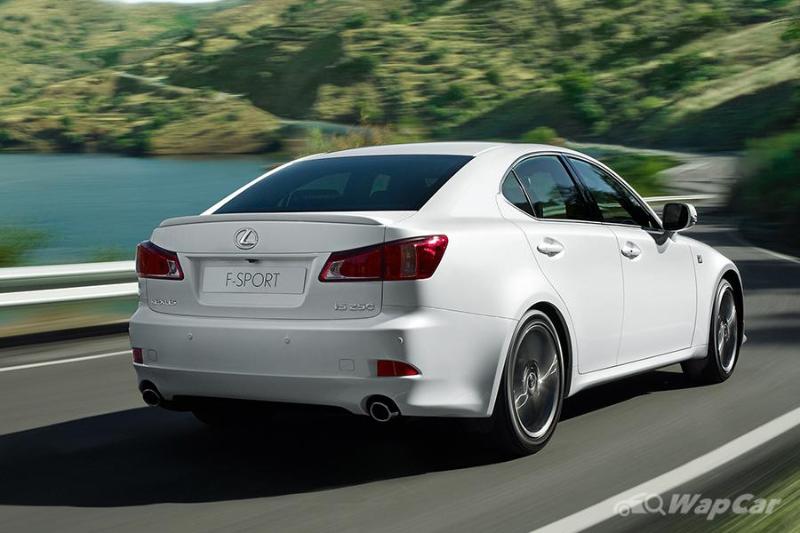 Swapping the inline-6 for a V6 might be sacrilegious to some but honestly, if you’re looking for a ride that makes you look like a superstar, the second-gen IS does it better than its predecessor. Plus, it’s probably easier to find a stock version of the XE20 IS in the market. 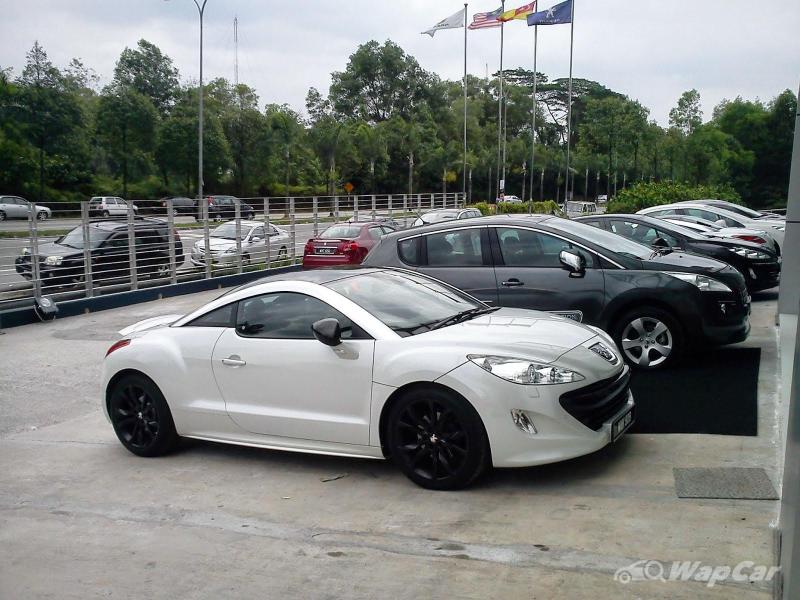 Our second French car entrant on this list, the Peugeot RCZ was one of the last French sports cars that was officially sold in Malaysia. Unlike the DS 5 however, the RCZ still has some value in it. 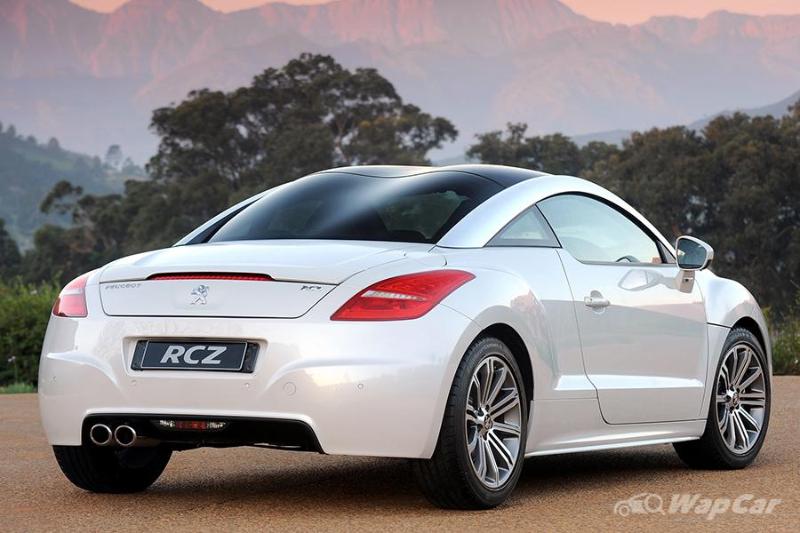 Honestly, the RCZ might be one of those underrated sports cars here seemingly just because of its badge. Despite sharing the same platform as the Peugeot 308, it handles a lot better and it’s a head-turner especially with the double-bubble roof. 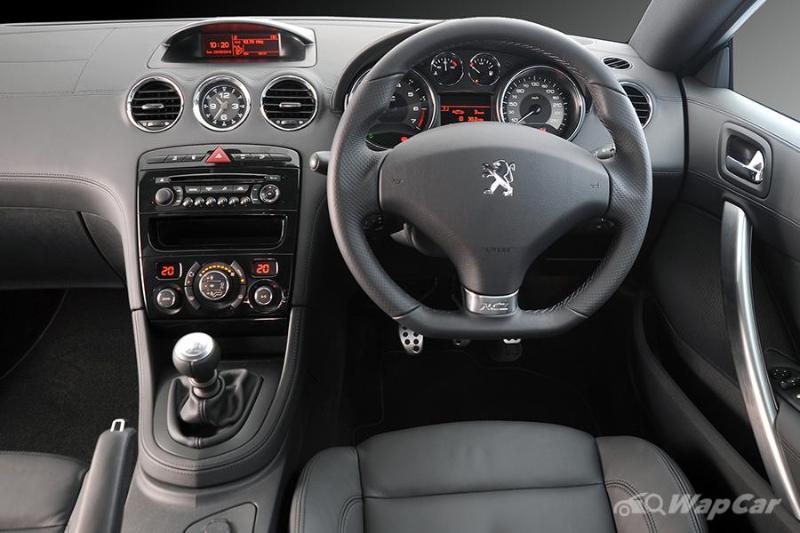 The RCZ’s main rival is the Audi TT and while more of those are seen on the road, you would easily stand out in the French sports car. There’s even a manual transmission for those seeking to row your own gears. This is definitely one for those who want a sports car for less. 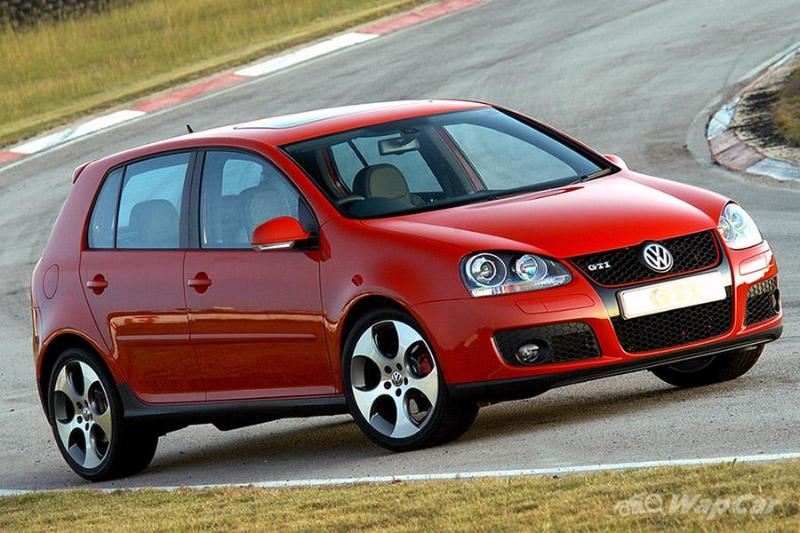 The Volkswagen Golf GTI is the pioneer when it comes to hot hatches and many have considered the MkV Golf GTI to be one of the best since the original GTI. Subsequent generations have improved the recipe of the original hot hatch but it was the fifth-gen that pulled the legendary nameplate in the right direction after a couple of generations of stagnation.

Just like the RCZ, the GTI is for those who want a budget performance car that still looks the part. Unlike the RCZ, it is far less left-field and is one that was built with performance in mind. You would attract more petrolheads in this than the RCZ, mind you. 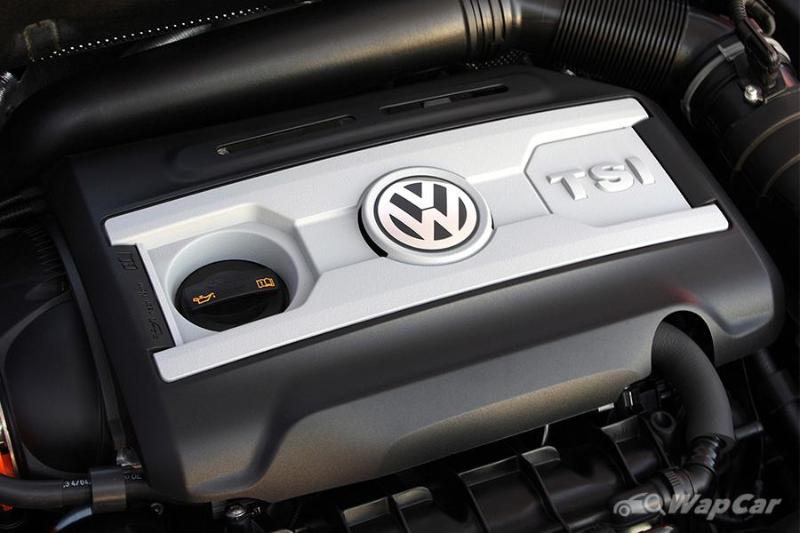 The only generations that are available within this budget are the MKV and the MkVI GTIs. Both are powered by a 2.0-litre turbocharged engine. While units with a 6-speed manual transmission found their way here, they can be quite rare. Besides, the 6-speed DSG would not let you down in terms of sheer fun.

We also have a guide for those looking for a MkVI GTI here. 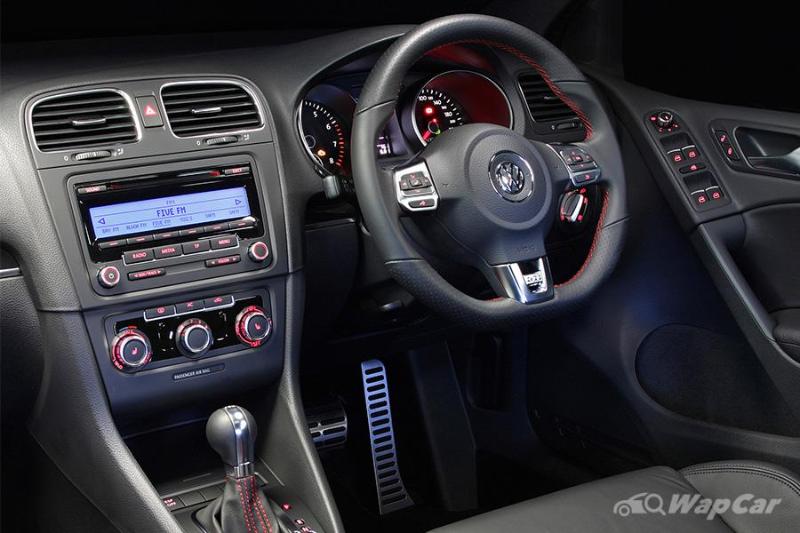 Those are some of the cars we found to look premium but won’t break your wallet. At least in terms of purchasing one for some of the used examples in this list, but do let us know what cars we missed in the comments section or start a conversation in our forum.