Home > News > Owner Review: A love-hate relationship with the CVT - My experience with the Honda City 1.5E

Owner Review: A love-hate relationship with the CVT - My experience with the Honda City 1.5E

** This article is the personal experience of a 2014 Honda City 1.5 E owner and does not necessarily reflect the views of WapCar 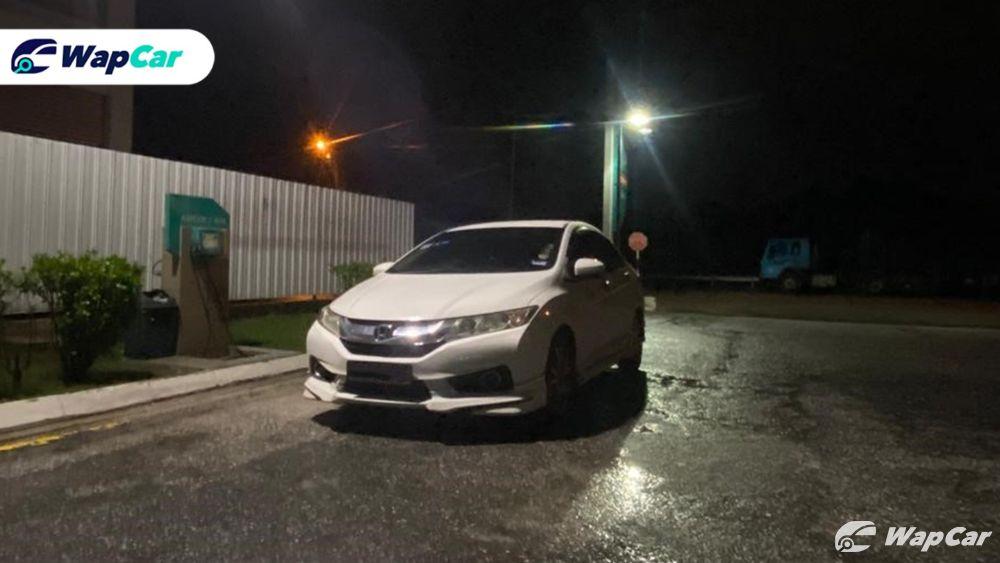 I drive a 2014 Honda City 1.5 E, pre-facelift model from GM6 generation. I bought it second-hand a year ago with the price tag of RM 55,000 on the road. Making it one of the cheapest in the market back then considering it only clocked 41,000 km mileage. After I managed to negotiate the price from RM 58,000 to RM 55,000, I finally drove it home a few days before last year Hari Raya. It was actually an upgrade from my previous 2002 Perodua Kenari which I sold to a contractor from Klang for RM12,000. That price tag may make you crazy but considering it had been upgraded to 1.3 K3-VE engine from a half-cut Daihatsu Storia, it is a good deal. Maybe I can write about it next time.

I just started my career as an engineer back then, thinking to have a replacement for my ageing Perodua Kenari. It was such a nippy small car that is fun to drive but getting a new car had also spun around in my head since I was thinking of doing Grab as my part-time. Then there goes a list of cars such as Perodua Myvi, Bezza and Saga as the replacement. Myvi was such a big hit back then where I had to wait for about 3 months (or more) before I finally got the keys. The Bezza was appealing too but Saga looks better. I cannot decide between Saga and Bezza. Then I went to Mudah.my to opt for a second-hand model. I was actually looking for Honda City GM2 facelifted model as I was astonished by the 5 speed AT. It was only in the class and having undoubted reliability.

I am not a fan of CVT. It is lame, boring and no driving soul can be experienced from driving a CVT car. The reliability issues also concerning me as it cost a hole in your pocket to repair. However, GM6 looks way more attractive than GM2. By that time I was questioning why does Honda equip GM6 with CVT instead of normal AT? It was hard to choose between two that time but after considering that GM6 is priced only a few thousand pricier than GM2, I chose the GM6. Plus Honda City GM6 also way better equipped (push start button, keyless entry, ESC). Having said that, I was thinking at that time that my decision to bring home a GM6 was a really nice bargain.

A love/hate relationship with the CVT

Jumping from 4 AT Kenari to CVT, the driving experience is totally different. Normal AT provides you with a "shock" whenever the gear changes upwards or downwards, make overtaking sessions fun. While CVT just provides you with linear engine sounds. Boring and sometimes you may think your car is the problem as that linear engine sounds while accelerating can also be found in a worn-out clutch in a manual car. Also found in GM6, the gearbox will match the engine speed to maintain efficiency. This can be found whenever you drive up hills fully loaded. I experienced this kind of situation where the engine will rev at higher RPM along the way to uphill. I was relieved when my friends told me this is normal. There was another situation whenever you drive up hills at slower speeds – the low range of RPM will keep fluctuating up and down like it tries to find the best engine speed to maintain its efficiency. To be honest, I am amazed at how intelligent the CVT is but at the same time still cannot figure out how exactly it works.

But as times goes by, I do understand why does Honda equip City GM6 with this Earth Dream CVT. In addition to the CVT, there was also a green colour illumination on the metre cluster whenever you reach the most fuel-efficient driving conditions. It is really helpful for the driver to achieve a better fuel figure. The fuel efficiency obtained was impressive. With a single fuel tank of 40 litres, you can easily reach up to 600 km. There was a time where the whole week was hectic and the driving style of me change to Fast & Furious mode, the figures obtained for a single full tank is still considerably efficient – 560 km.  If you are driving with super-efficient driving mode, you may achieve almost 720 km range – just what I did last week. Amazing. I hate CVT as it is lame, but the efficiency just makes me love it more. It is a love & hate relationship I guess. 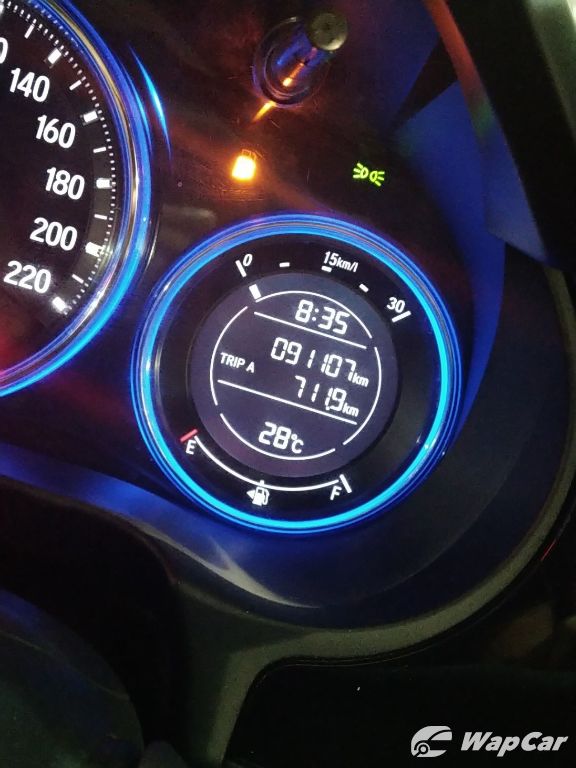 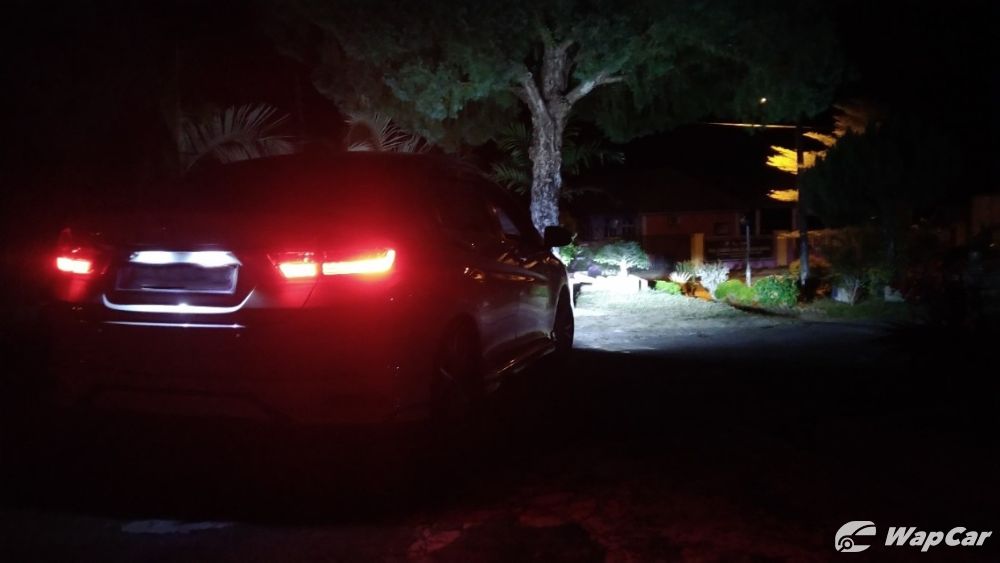 I like the facelifted top-spec V – variant of GM6, especially the LED taillights and the LED headlamp. So, I purchased the LED taillights at the cost of RM 1,300. I planned to convert the front headlamps to LED, bumper and the grill to the facelifted model but it will cost me around RM4,000. That was beyond my budget so I purchased a pair of LED bulbs instead that cost me around RM150. Surprisingly, the brightness from the RM 150 LED bulbs is actually on par with the one fitted in the V-spec top variant. In the future, I plan to change the whole dashboard with the one fitted with the touch panel. For now, I replaced the previous 2-disc CD player with a 10-inch android player which was purchased at RM700. The performance overall was okay and the size of the car gives it a premium look.

There is also a Plan B to the car shall if the CVT gearbox fails – convert to manual. There are a few of GM6 owners (especially the track-oriented drivers) who already convert their cars to a 6-speed manual! 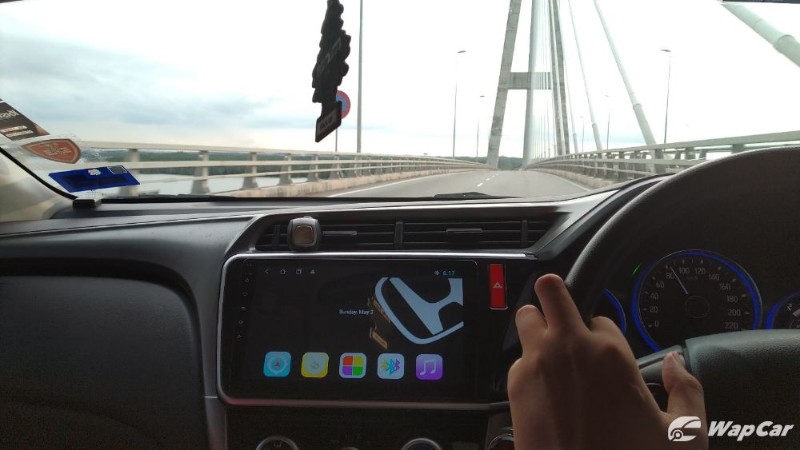 It is a very fuel-efficient car where the fuel figure is on par with Perodua Axia. No doubt.

It works quite well. It is exclusive in City and the only one in it class. 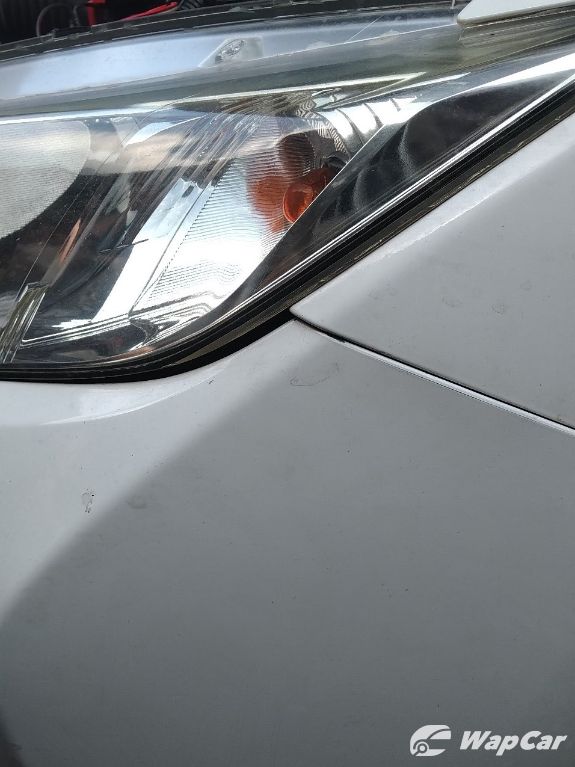 Lots of gaps can be seen in this particular model. I can say that the front bumper gap comes standard for this model in all variants. Haha. The gaps can also be found in the other siblings like Civic. Dear Honda, please rectify and fix this issue.

There is something with the dashboard installation that produces small squeaky sounds on the harsh road surfaces.

Rainwater can get into the cabin through the rear door trims. This one had something to do with the blocked escape hole at the rear door. There are a few of GM6 owners who experienced the same thing. 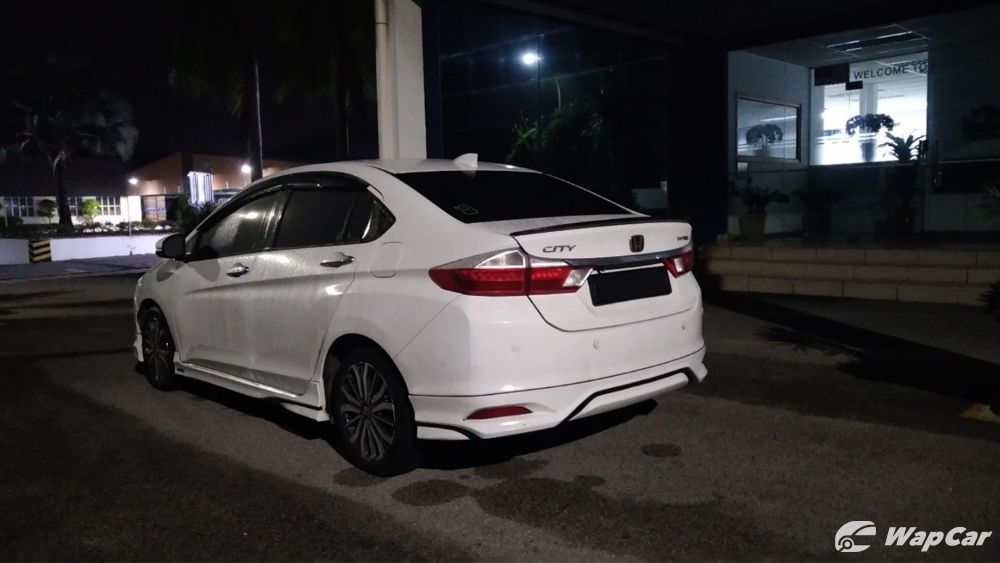 In the time of a gloomy economic scene around the globe, having a fuel-efficient car with undoubted reliability is the only answer. If you wanted a fuel-efficient car, has excellent reliability and looks good  – Honda City GM6 is the answer. The next generation of City (launched in Thailand last year) is equipped with a 1.0 L turbo engine which is very appealing but the design philosophy cannot compete with GM6 in my opinion.

Honda City GM6 is a perfect family car as it is:

Simple score based on my one-year ownership

And the most important thing is it is really fuel-efficient!