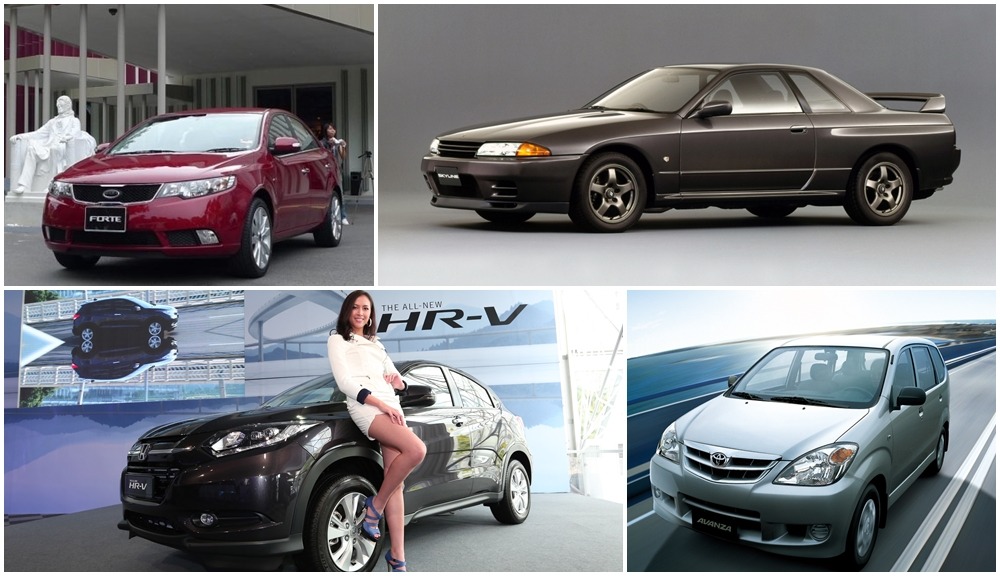 When the world bid farewell to 2009 and entered the new decade of the 2010s, the Mitsubishi Lancer Evolution was still on sale, BMWs were still rear (or all) wheel drive, and Carlos Ghosn was still emperor of a French-Japanese automotive empire.

Ten years later, the world is quite a different place today.

Here are the top 10 trends that defined that last decade, and how some of it put us on a path that we could never turn back from. 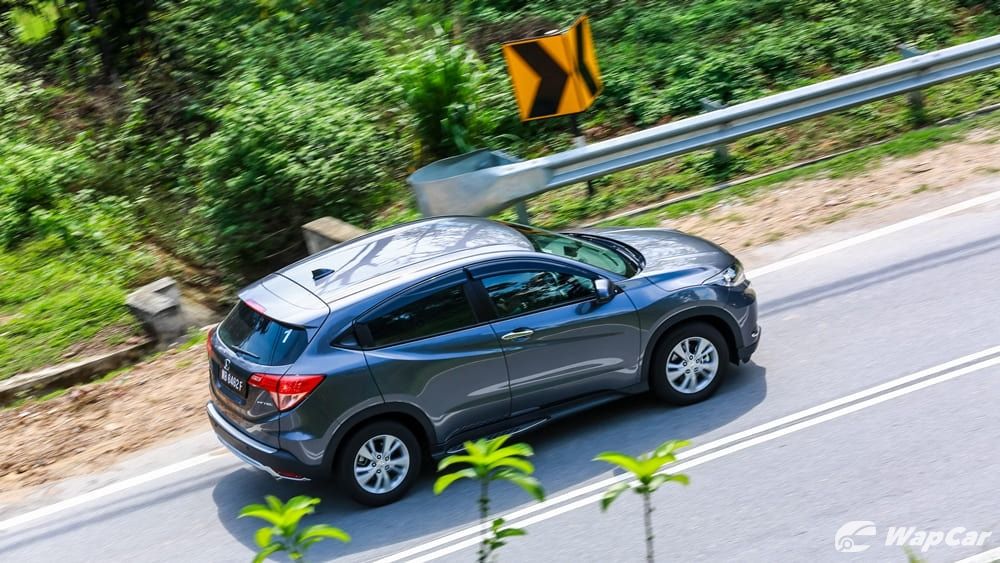 In 2010, the market share for SUVs was less than 3 percent. Today, SUVs account for nearly 23 percent of all new cars sold in Malaysia – dominated by the Perodua Aruz, Proton X70, and Honda HR-V.

Malaysia’s aging population also mean that many older buyers appreciate the higher seating position and ease of getting and out that SUVs offered. 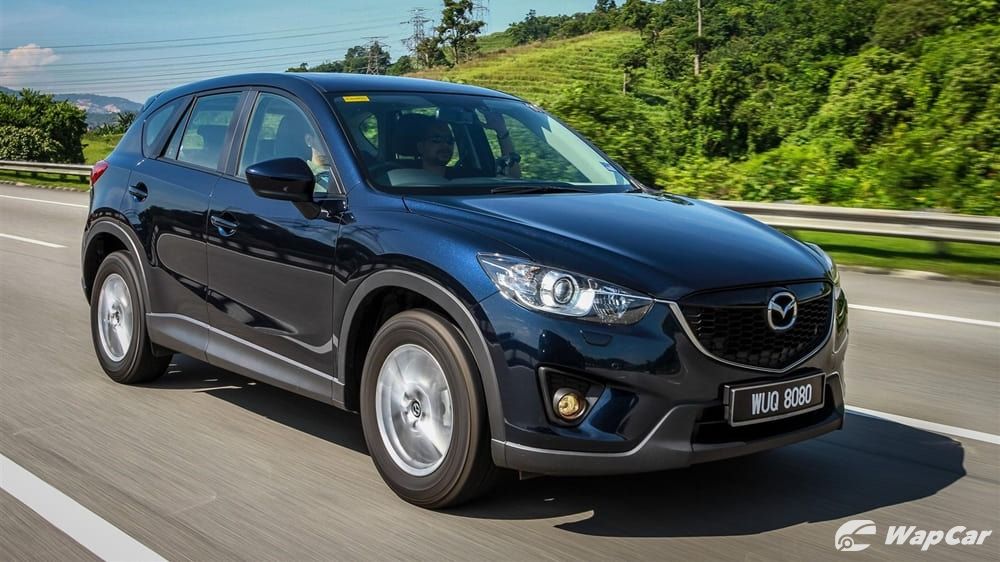 Which brings us to another interesting question – with older buyers switching to SUVs, it also means that sedans/hatchbacks could see a reversal of image. A D-segment sedan is now more likely to be bought by a young keen driver than a middle-aged guy who is indifferent about handling. 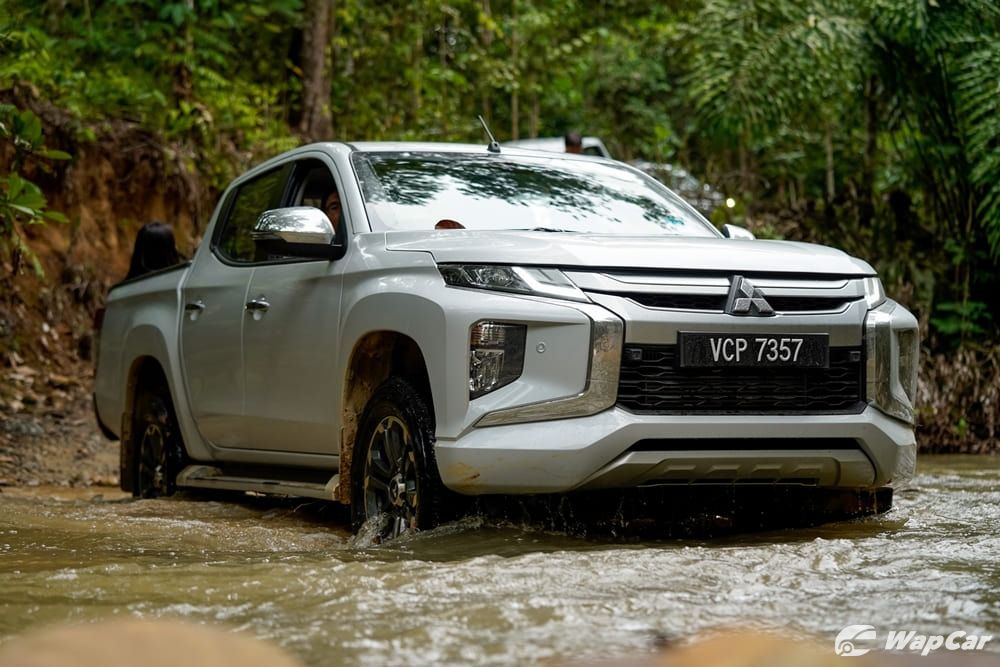 Pick-up trucks are no longer as popular

Back in 2009, if you wanted something other than a Perodua/Proton and didn’t want to pay more than RM 100,000, one alternative is a pick-up truck.

Since pick-up trucks are exempted from paying excise tax, prices are closer to what the rest of the world pays. 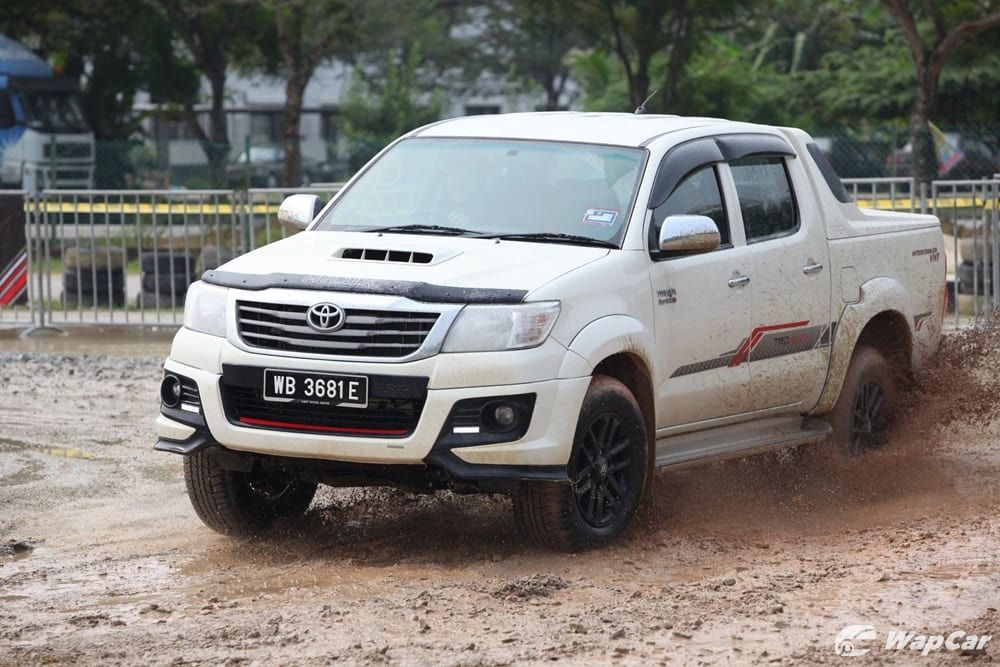 With tightening regulations on exhaust emissions in Thailand, cleaner but more expensive engines are needed and that had a spillover effect here.

Today’s pick-up trucks are also nearly as comfortable as many SUVs and this is also reflected in its prices.

With prices reaching parity with SUVs, buyers are now split. 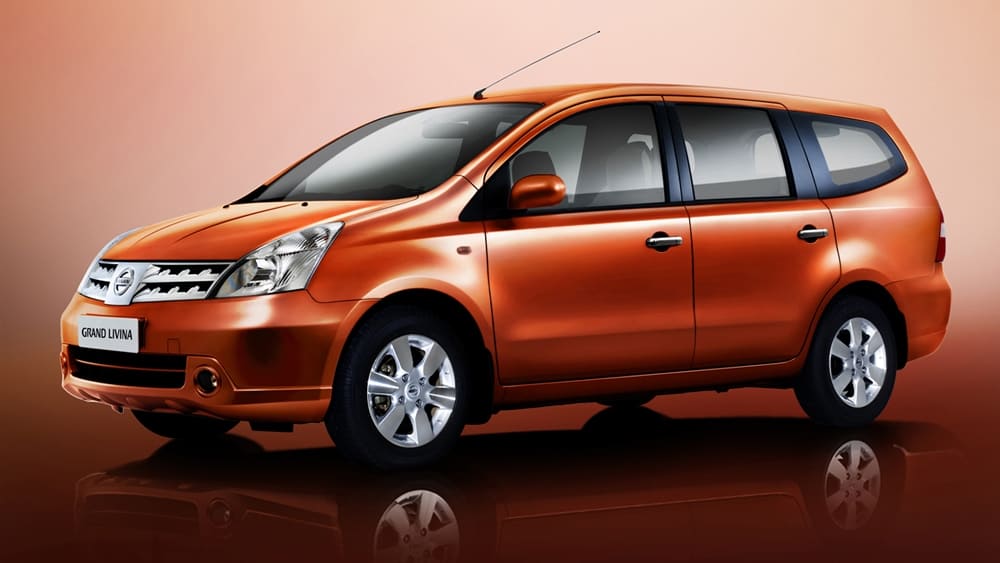 MPV era is over

Majority of buyers in this segment never had a real need for a seven-seater. Many bought a Toyota Avanza because it was the cheapest non-national car then. 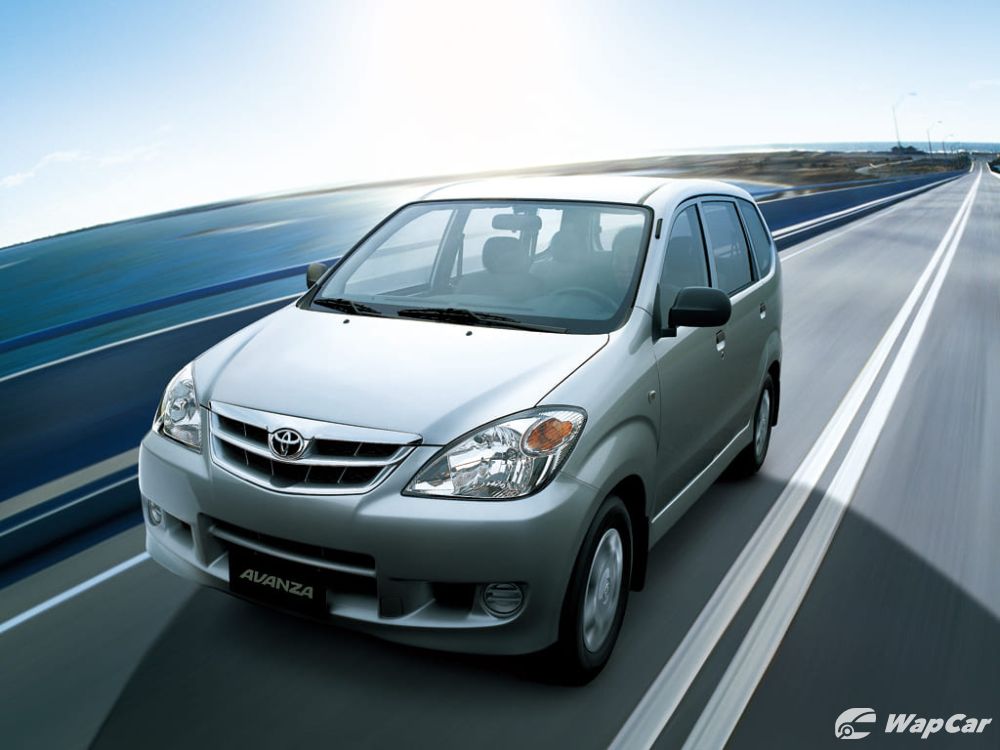 When cheaper B-segment SUVs like the Honda HR-V and Perodua Aruz came along, it pulled buyers away – especially those shopping at more expensive variants of budget MPVs. 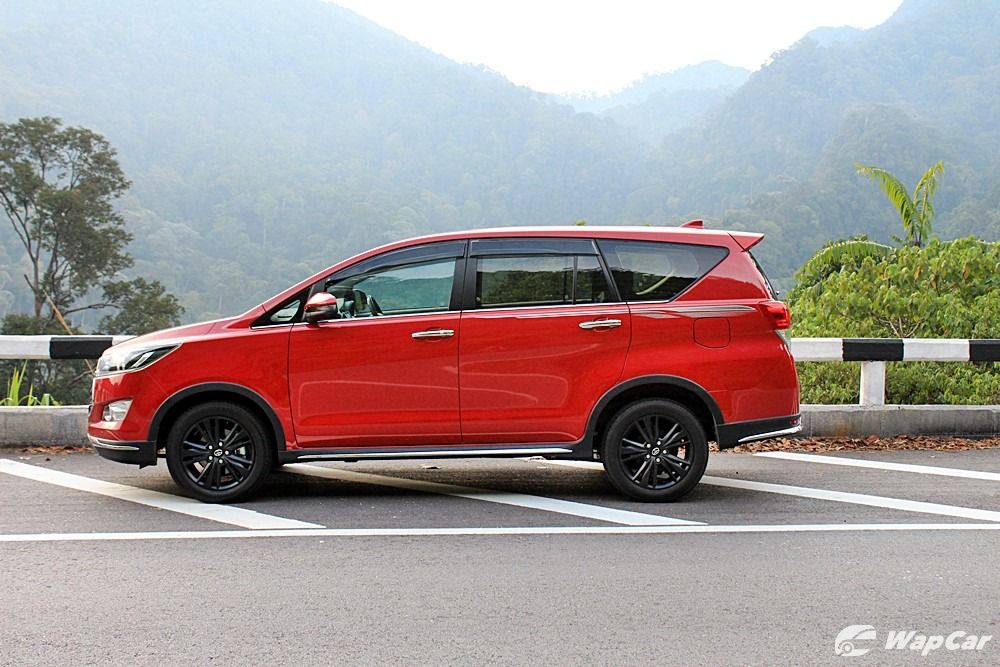 Even in higher price segments, demand for MPVs has shifted to similarly priced SUVs. 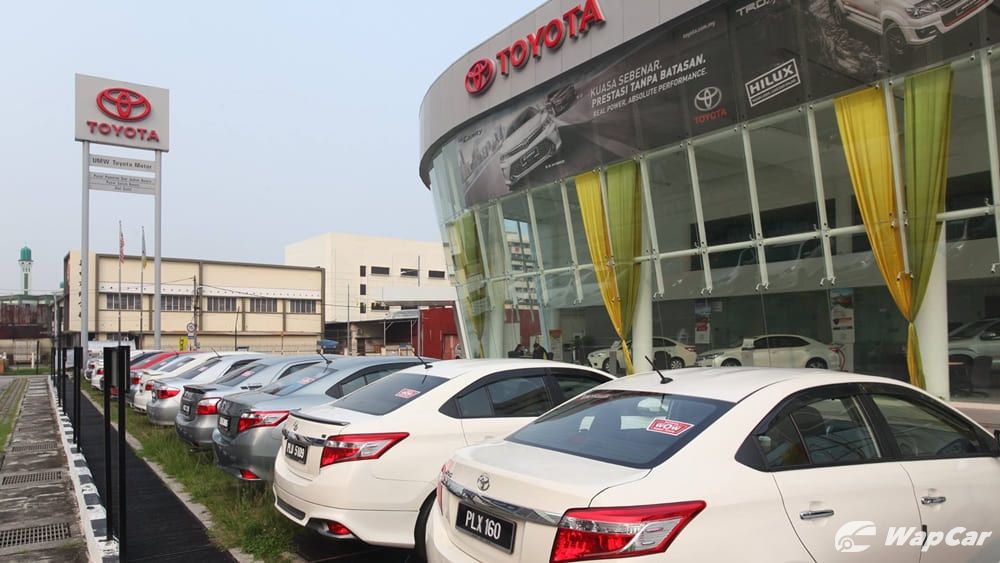 Toyota is no longer king

For most of the early 2000s, Toyota was the No.1 non-national brand, selling more than twice as many cars a Honda and Nissan, separately. 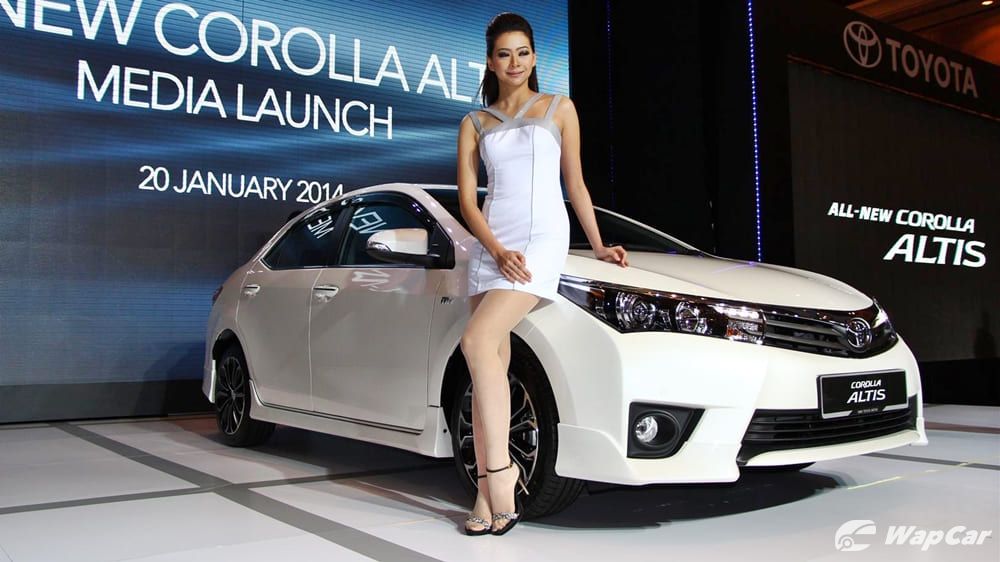 Much of it is due to Honda Malaysia’s aggressive pricing and clever use EEV incentives for locally-assembled cars.

The lack of competitively priced SUVs also meant that Toyota lost out on the decade’s biggest shift in buying pattern.

But 2020 could see Toyota clawing back its position as Honda’s advantage is being chipped away slowly by the current government, which doesn’t agree on Honda Malaysia’s (and the previous government’s) interpretation of what qualifies for EEV incentives.

The disagreement is severely hurting Honda’s advantage – price approvals for the new Honda Civic has been delayed by nearly a year, with the new BR-V and Accord likely to follow the same fate. 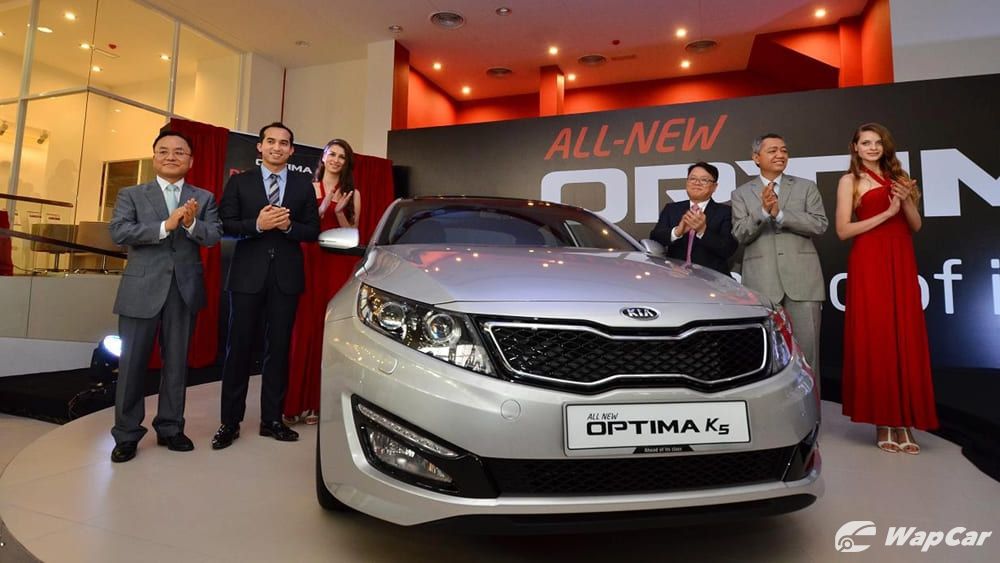 The Korean invasion that didn’t happened

When the Kia Forte was launched in Malaysia in November 2009, it shook up the market - styled like an Audi with a comparably German-like interior, a C-segment car at the price of a B-segment, where does this put the Toyota Vios/Honda City? 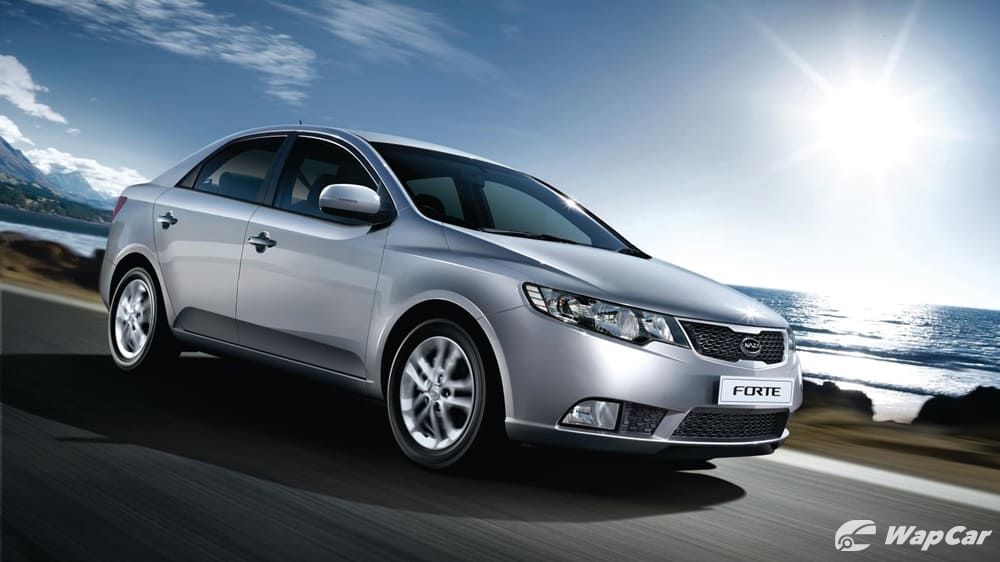 Kia then followed up with the Optima, Sportage, Sorento.

Meanwhile, Kia’s sister company Hyundai was pushing hard with its Sonata (YF generation). The Tucson and Santa Fe were products that Honda Malaysia and UMW Toyota Motor had no alternative to.

For a while, it looked like the Taegeukgi flag was gaining ground, except that it didn’t last. 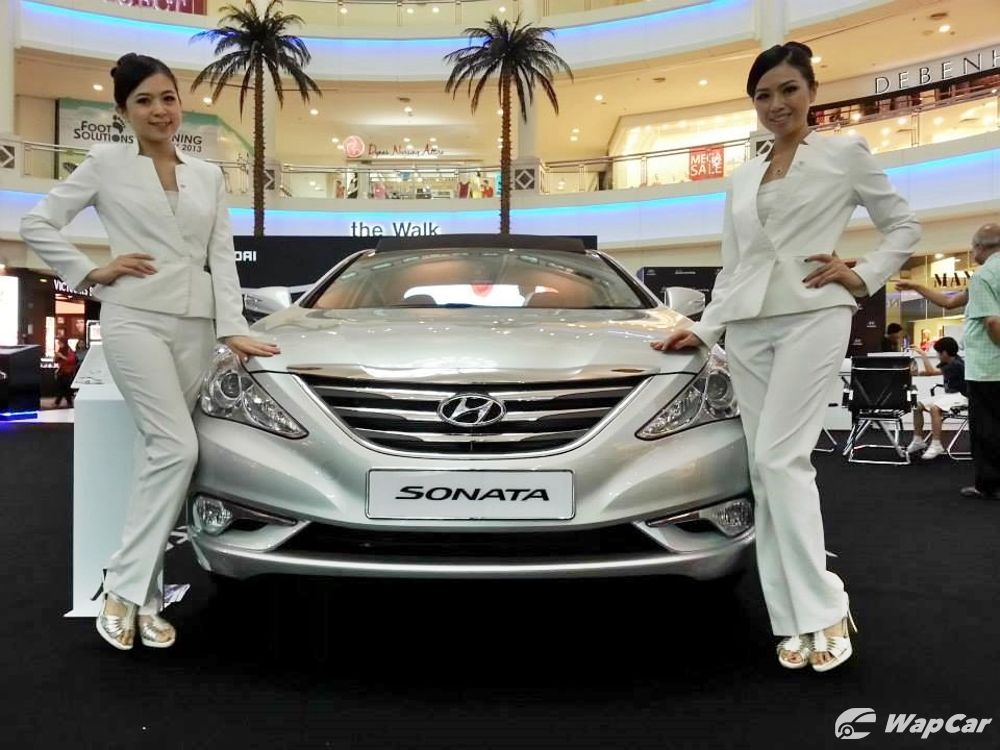 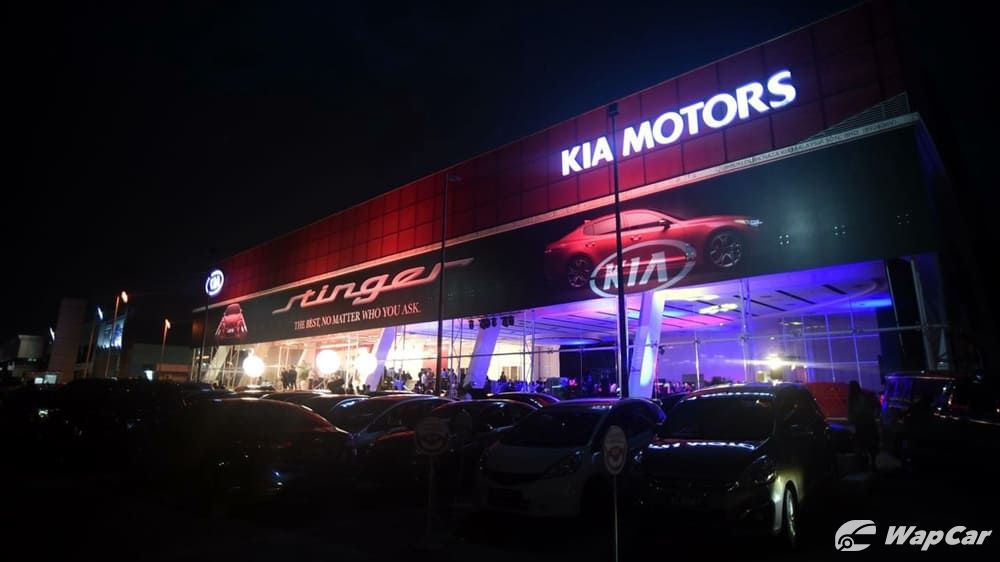 Kia’s future in Malaysia looks uncertain. Naza’s Gurun plant that used to locally-assemble (semi-knocked down, SKD) Kia vehicles has since been sold to PSA Group, which certainly won’t allow Kia vehicles to be produced alongside Peugeot and Citroen.

The truth is that Korean brands weren't serious about South East Asia and the results are a reflection of it.

However, Hyundai’s latest push into Indonesia suggests a change in focus and that may have spillover effects into Malaysia, but the results won’t show so soon. 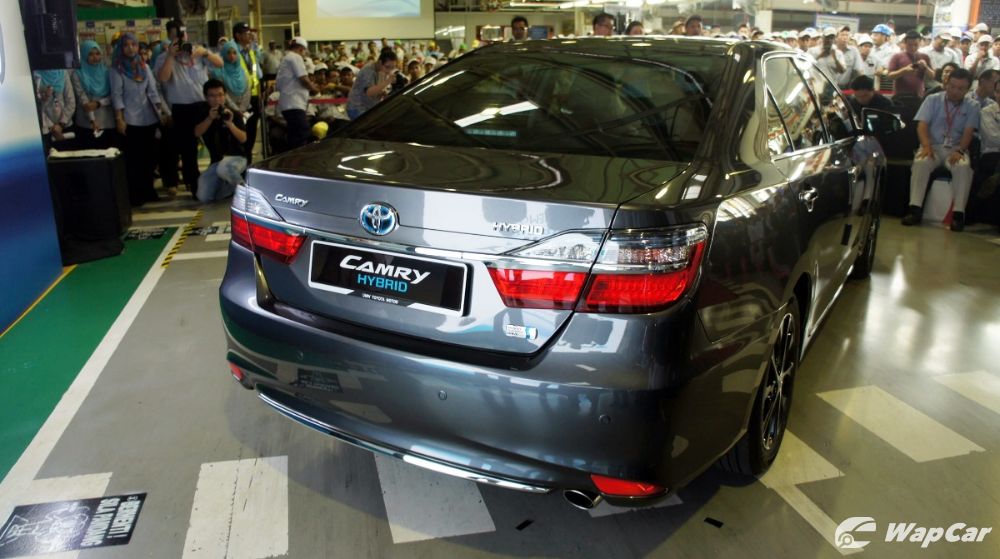 We won, and then lost the hybrid cars race

For a while, Malaysia was the region's darling for electrification. We were BMW’s top-3 markets for plug-in hybrids worldwide. Malaysia was the only country outside of Germany to produce a Mercedes-Benz S400h. Thailand would only catch up later. 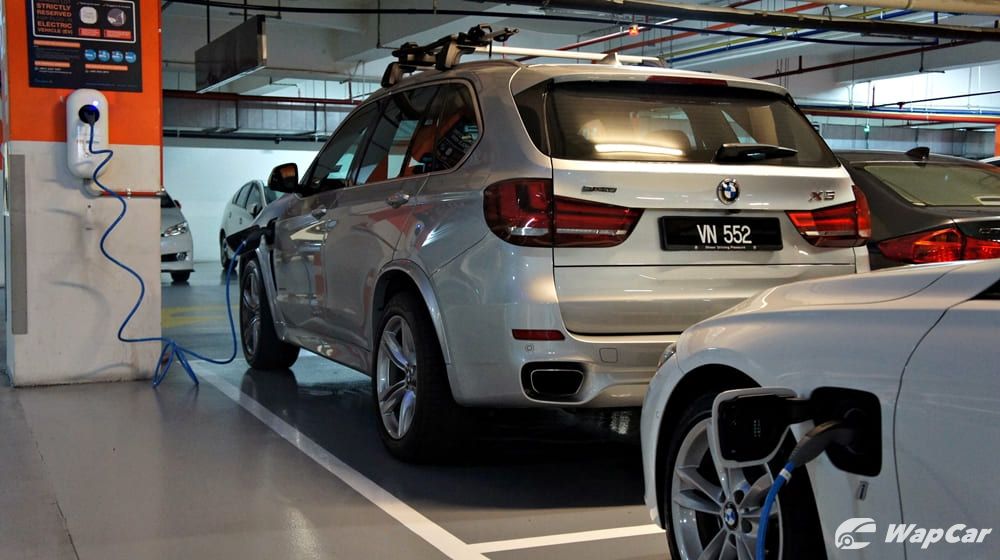 Not even Thailand could match Malaysia’s pace in adopting hybrids of all types. But that was then.

We are still the only country outside of Japan to produce the Jazz Hybrid, City Hybrid, HR-V Hybrid, but at the rate things are regressing, it won't stay that way. 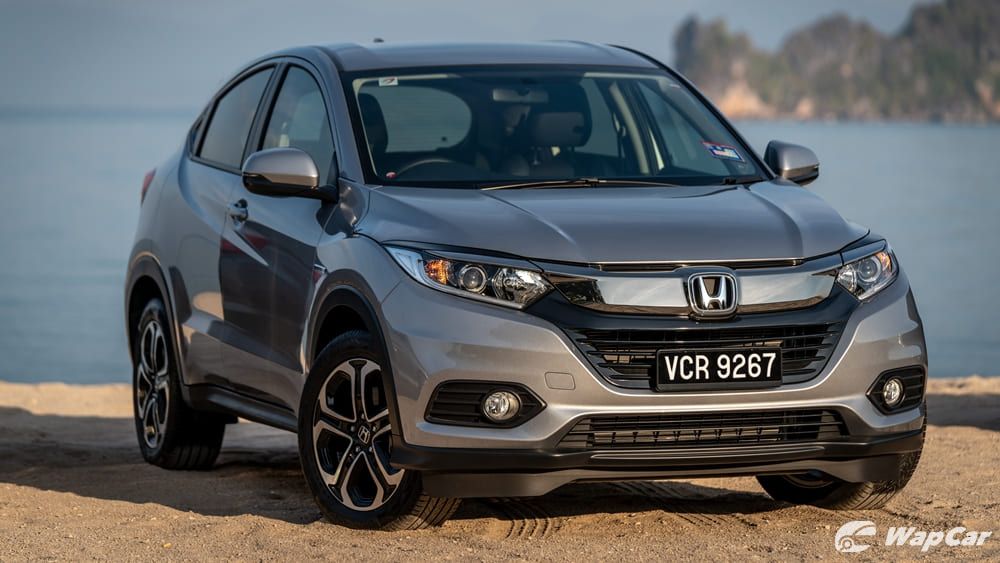 As the government continues to drag its feet regarding the new automotive policy, Thailand and Indonesia have raced ahead and manufacturers voted with their money.

Toyota no longer makes the Camry Hybrid here, and Mercedes-Benz has stopped production of all plug-in hybrid models here.

BMW has since opened a RM 70 million battery plant in Thailand while Mercedes-Benz is putting in RM 457 million, Toyota RM 2.5 billion.

Over in Indonesia, Hyundai is setting up a RM 11.7 billion plant.

At the same time, Malaysia is still undecided on how to rationalize its fuel subsidy program. As long as petrol remains cheap while cars are heavily taxed, hybrids won't make sense.

Malaysia is one of the few countries where cars are very expensive to buy, but driving is cheap due to subsidized petrol. Usually, it's the opposite that is true.

Mercedes-Benz and BMW have swapped characters

When the calendar was still showing 2010, Mercedes-Benz’s image was closer to golf tournaments rather than DJs spinning Dua Lipa’s latest hit. 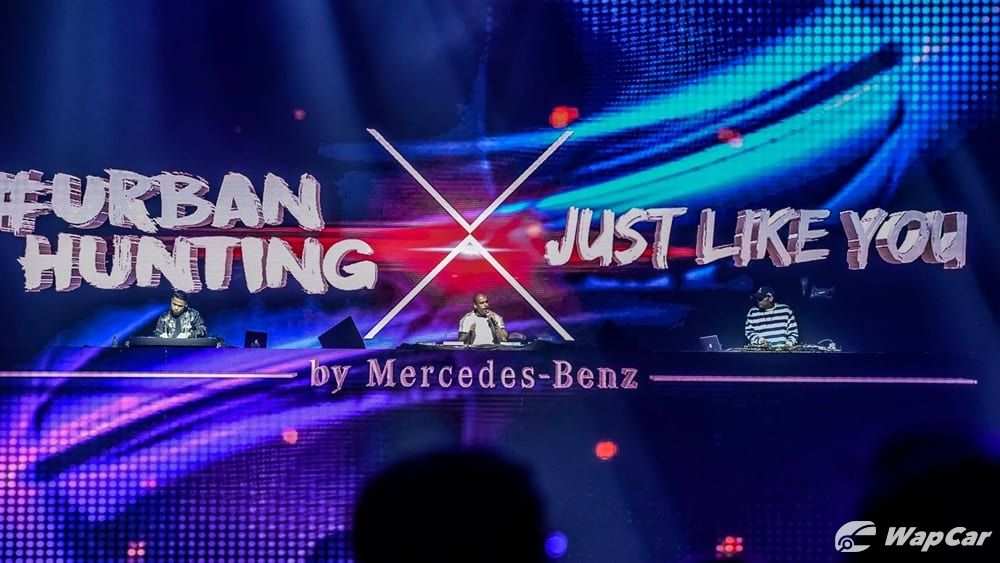 Today, Mercedes-Benz makes an AMG GT in various states of tune while BMW has the err….Z4? And a larger 6 Series that’s now called an 8 Series?

Also, throw away any stereotypes that Mercedes-Benz has a more comfortable ride.

Today’s Mercedes-Benz tries too hard to be sporty, rides on big wheels wrapped with tyre sidewalls that are one size too thin for our notoriously bad road conditions, and nearly all are fitted with tight race car-like seats that look sporty but are lacking in proper support. 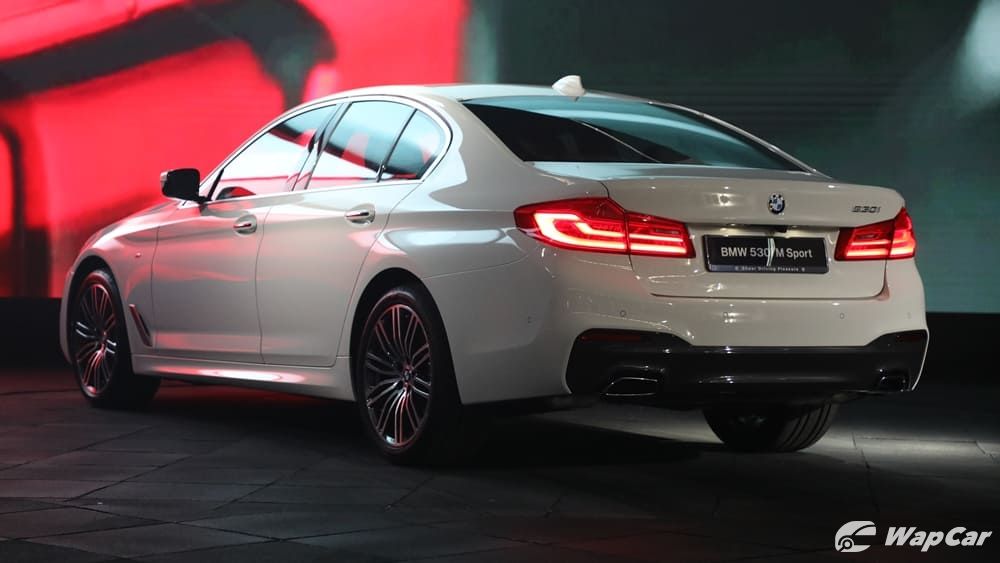 These days, there is not a single Mercedes-Benz model that can ride comfortably without expensive adaptive or air suspension.

In contrast, it is BMWs that are now more mature and offer a more comfortable ride, irrespective of whether it's riding on regular suspension or fancy adaptive ones. 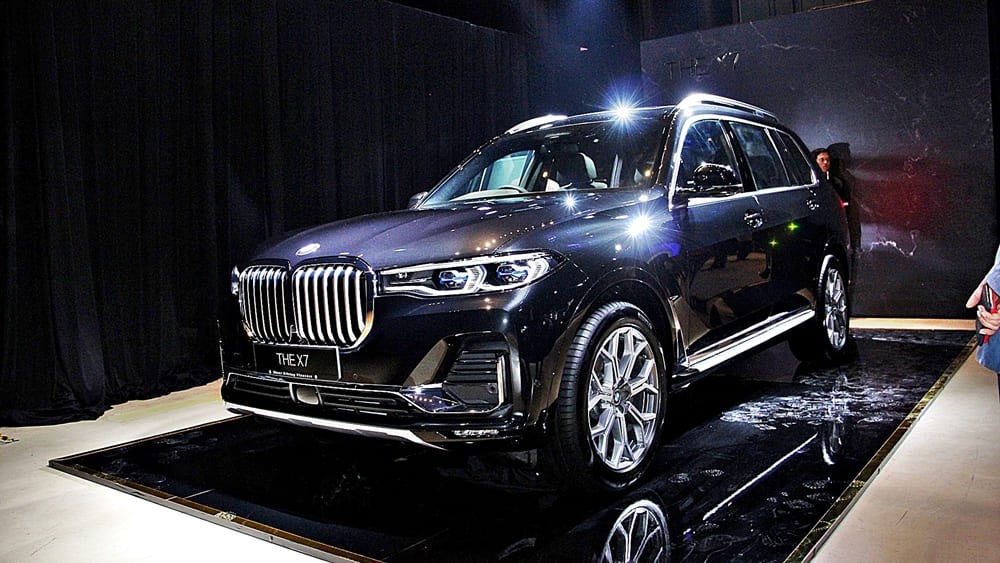 BMW owners are also not as young as their brand image suggests, but that's not necessarily a bad thing. Look around KL’s popular hangout spots and count the number of loud exhaust Mercedes-Benzes wrapped in gold or any other loud colours driven by the younger crowd.

Yes there are similar characters in BMWs, but those are mostly older or recon units. 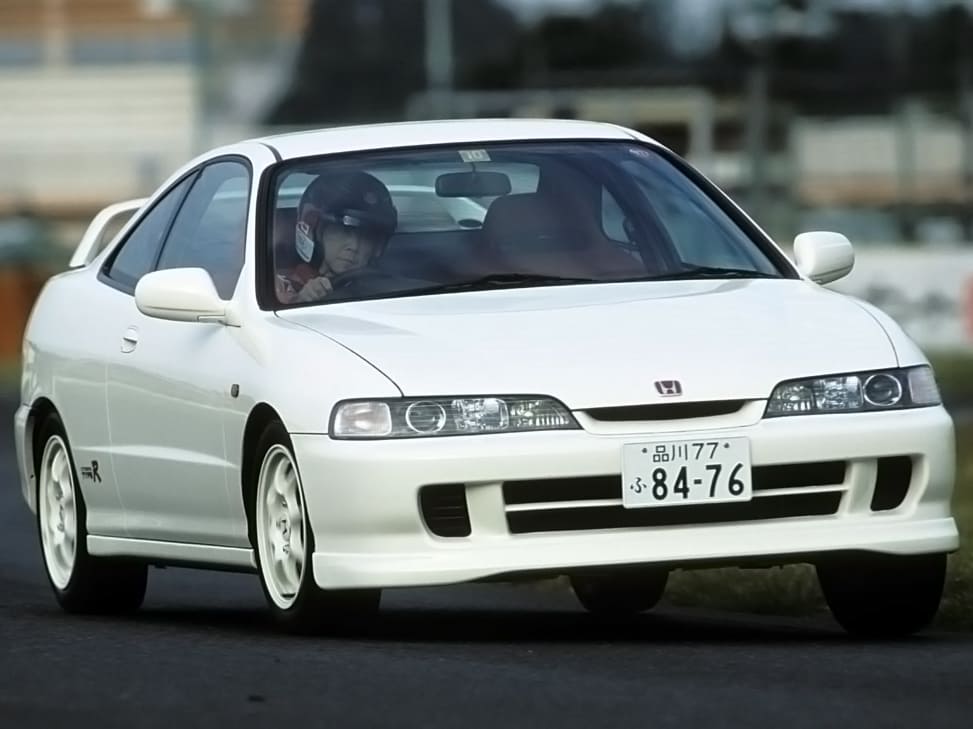 In the previous millennia, the classic car market ignores Japanese cars because older wealthy buyers say Japanese cars lack the heritage of storied European marques. Good luck selling a Triumph Spitfire to that ‘80s kid who had just cashed out on his Internet startup. 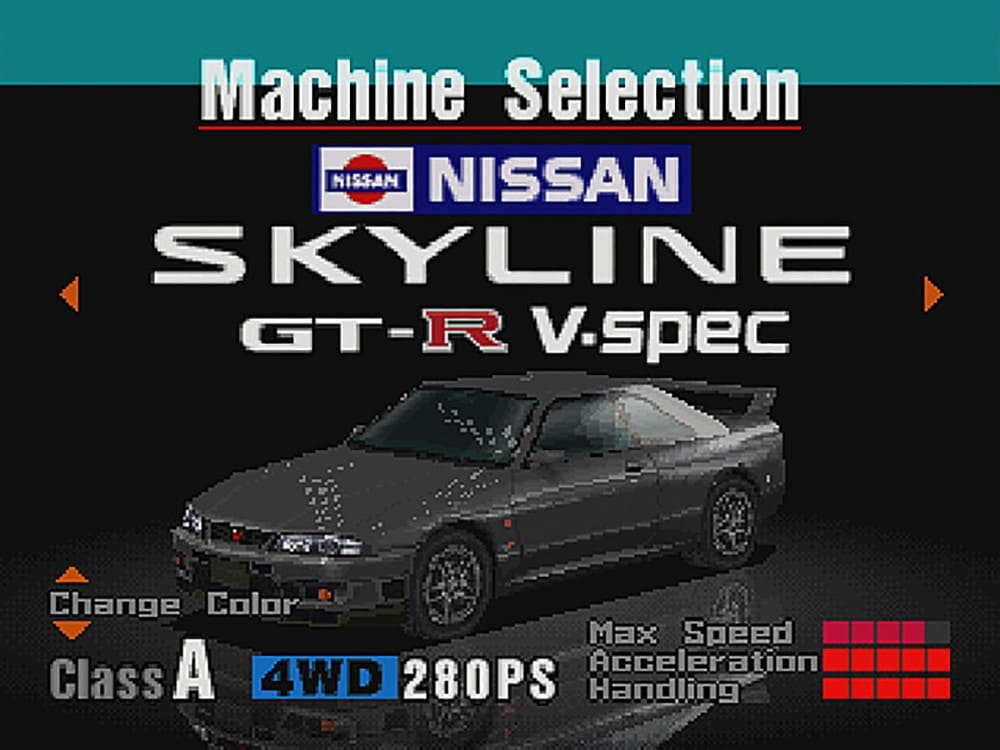 That kid who played Gran Turismo on his Sony Playstation in the ‘90s and patiently downloaded Best Motoring over a 56 kbps modem is now a working adult and his wallet is open to anyone who can fulfil his childhood dream. 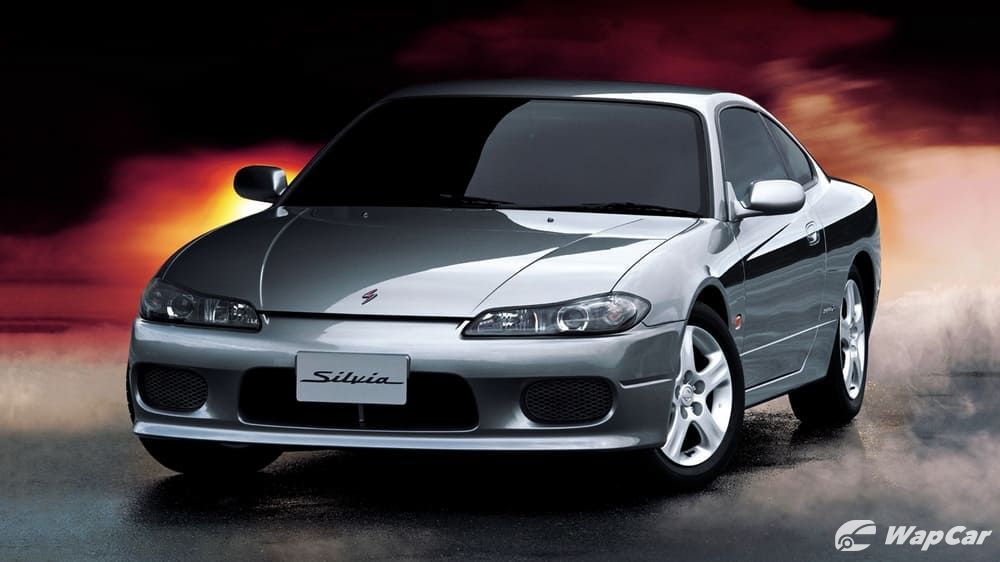 Just about any ‘90s era Japanese sports cars are now going up in value, some more than others but only if it’s in its original specifications. These cars used to be very common but very few survived without being modified. 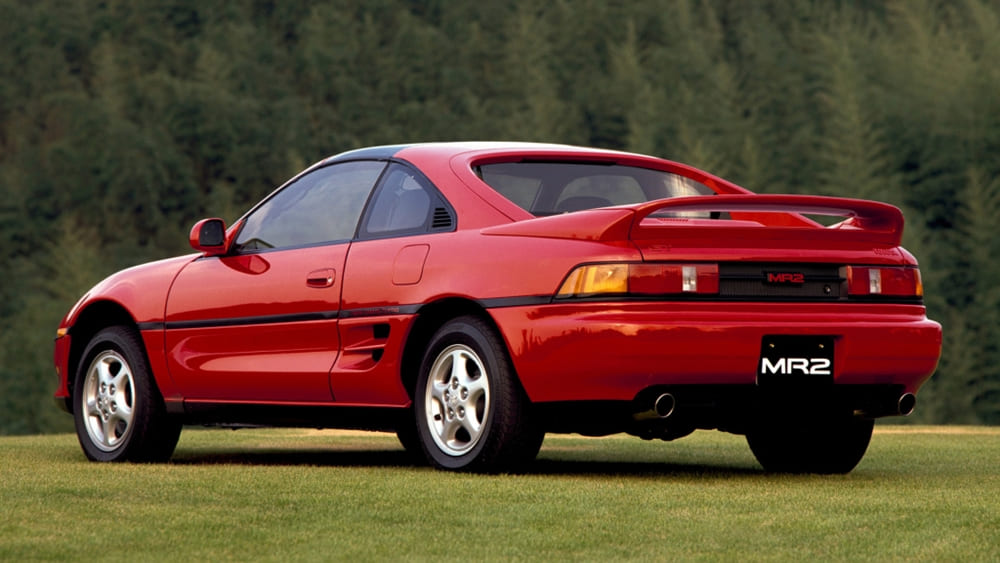 The recent changes in regulations for Classic Car AP (raising the car's minimum age limit from 25 to 35 years old) have also dried up supply, thus driving prices up even further. Many late '90s era collectibles like Honda S2000, A80 Toyota Supra, and R32 Nissan GT-R are trading upwards of RM 250,000.

Even more humble varities like a SW20 Toyota MR-2 and non-STI Subaru Impreza WRX are trading at increasingly higher prices. 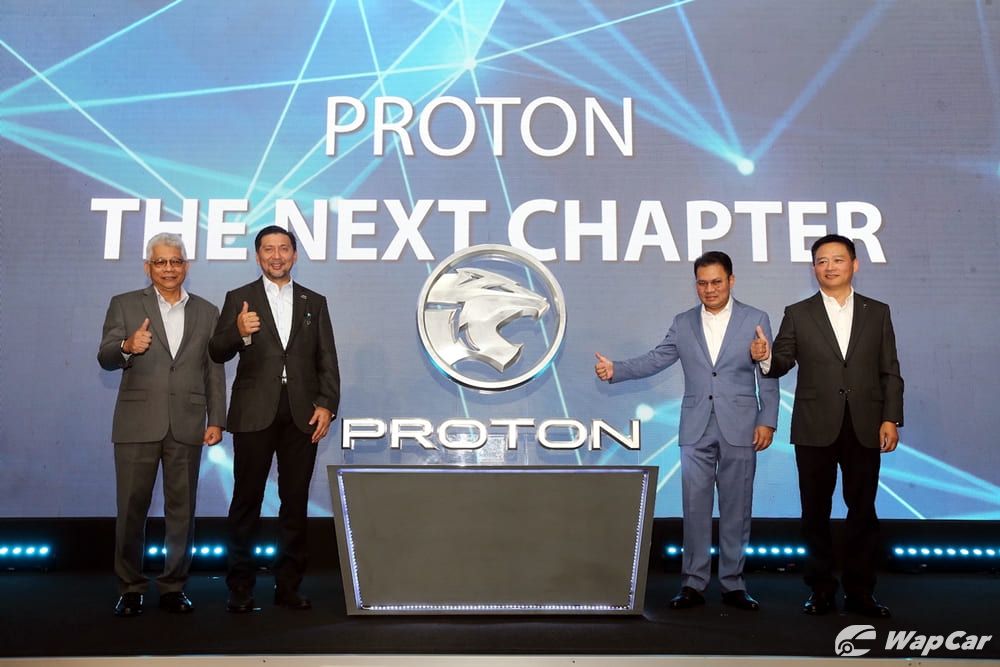 Proton started the last decade not sure if it could even survive through decade. Talks of a partnership with Volkswagen fell through and the company’s biggest achievement was the mediocre Preve and Exora – both of which were a flop outside of Malaysia. 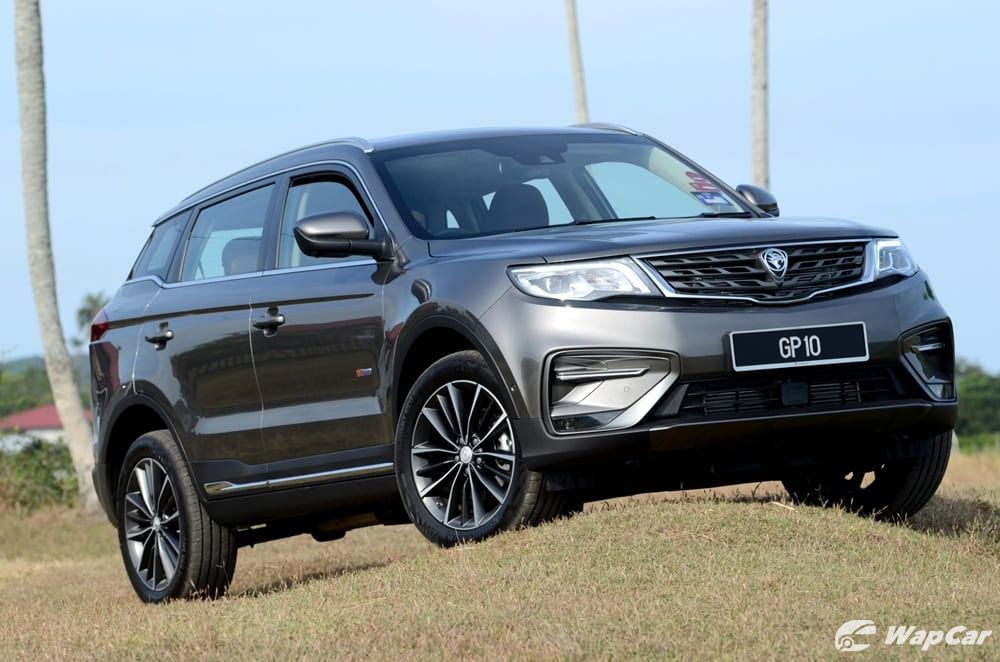 Its dramatic change of fortunes under Geely is well known by now. The key point is that Proton is now truly a brand that can stand toe to toe with the best of Japan and Korea, maybe even Germany.

Whether it’s still Malaysian or not matters is immaterial to consumers seeking a better deal for their overtaxed cars. 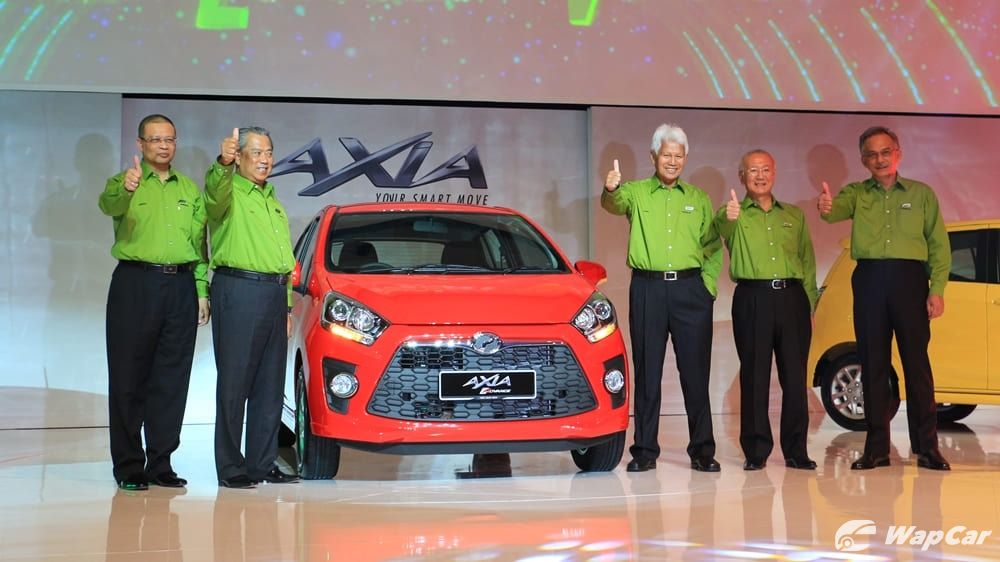 Perodua's products serve a basic need and with none of the sexy appeal of Geely’s Proton, it’s easy to overlook Perodua’s quiet transformation.

The truth is that the 2010s were defined by Perodua - Myvi, Axia, and Bezza dominated the sales charts. Never once did the company lost the plot. Moving forward step by step, sometimes taking a wrong step but never once taking the wrong direction. 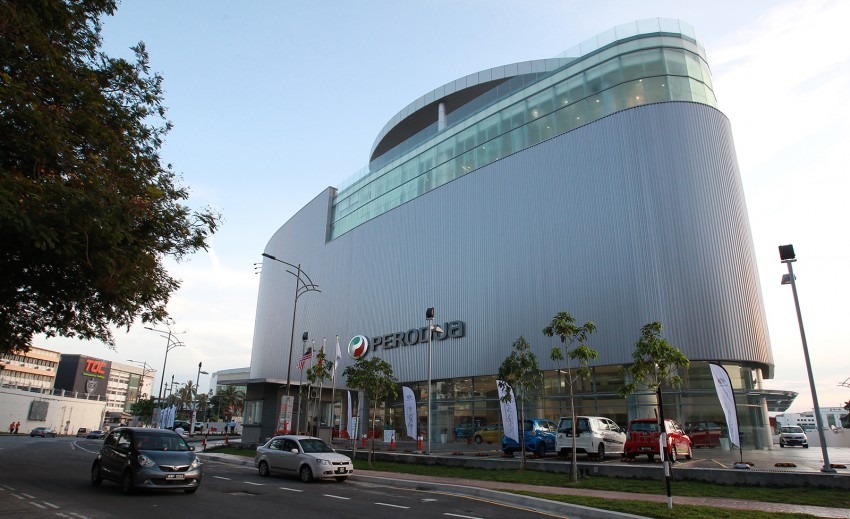 It gets all its basics right - production efficiency and quality, customer service, after-sales - better than even many premium brands.

We can expect Perodua to step up its game further with a new compact SUV..