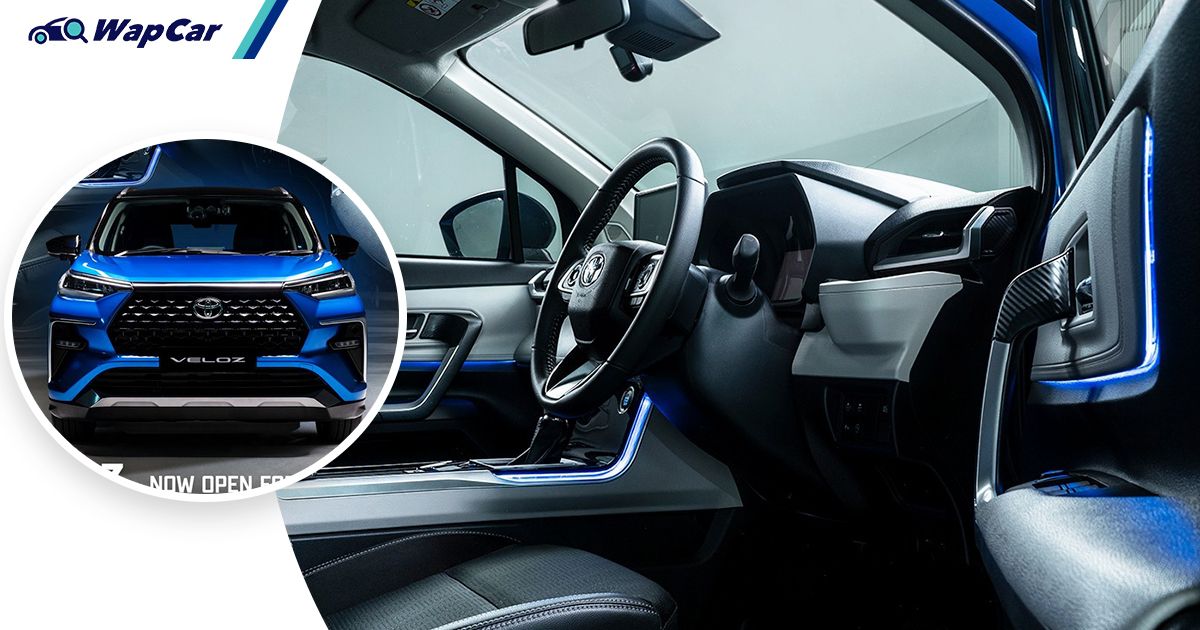 Feast your eyes on this! UMW Toyota has uploaded an interior photo of the all-new 2022 Toyota Veloz’s cabin, giving us a good look at the new premium cabin.

From what we can see, the Perodua Alza’s sister model will feature mixed leather and fabric seats, a leather-wrapped steering wheel, a 9-inch infotainment screen, and blue ambient lighting. 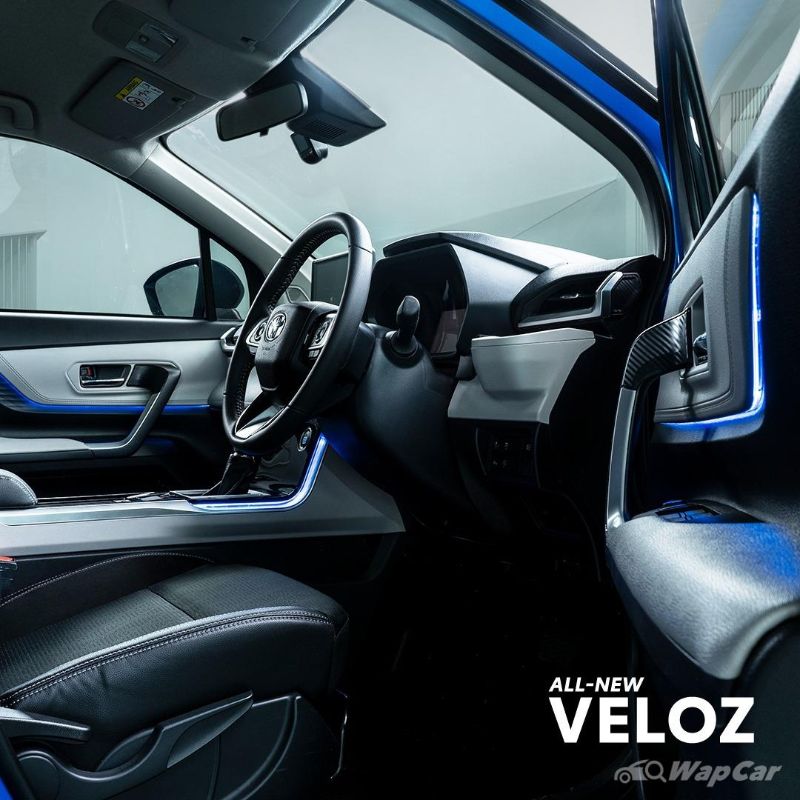 Other than that, it looks like there will be carbon fibre prints scattered across the door handle for a sporty look.

Alongside the photo of the Veloz’s cabin, Toyota also uploaded photos of the MPV from behind further giving us a hint that the car will be available with a dual-tone paint option. 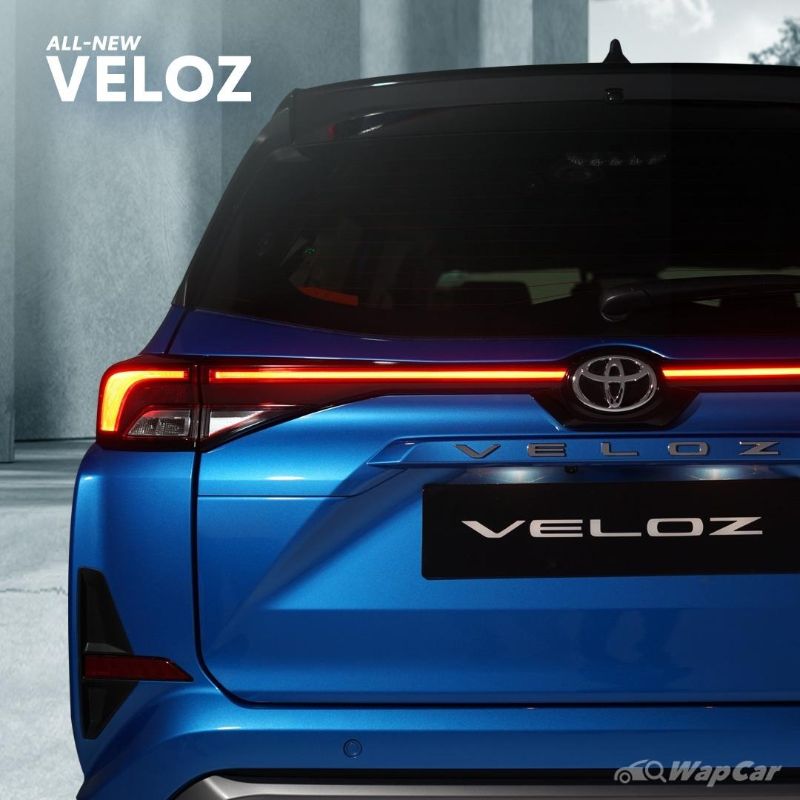 We haven’t pointed out that the Veloz will be made available with a modern electric blue colour. Previously, the MPV was only available in more traditional colours like red, gold, silver, and white just to name a few.

In case you missed it, the Toyota Veloz will replace the Toyota Avanza. The Veloz will be built alongside its sister model, the Perodua Alza, at Perodua’s Rawang plant. 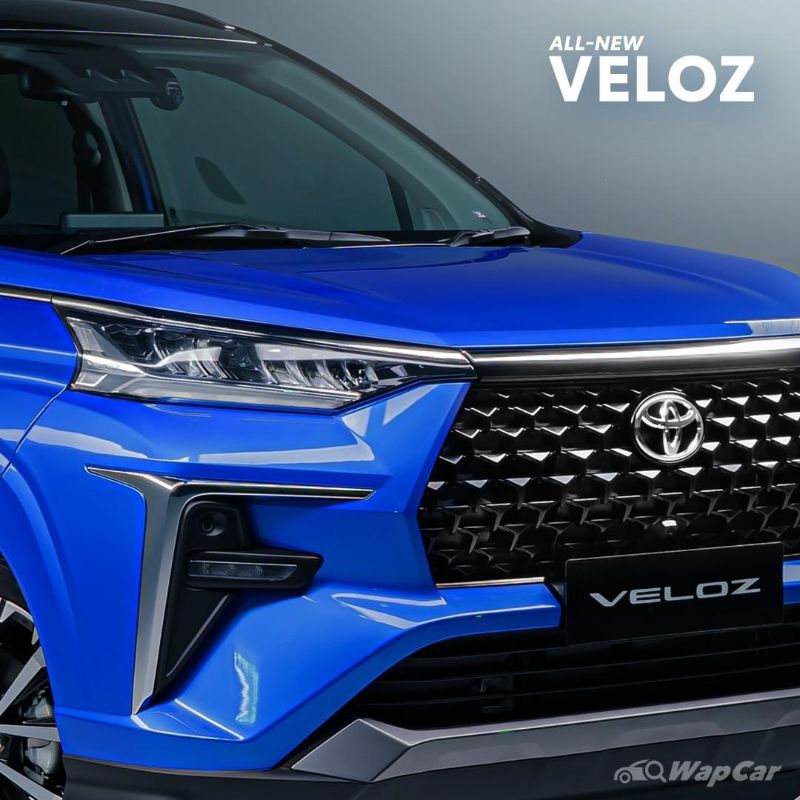 The Veloz will come with features such as wireless Apple CarPlay and Android Auto. It will also come with Toyota Safety Sense (TSS) that includes Adaptive Cruise Control and autonomous emergency braking.

Estimated to cost around RM 95,000, order books for the MPV are already open. Watch this space for more updates on the Veloz!